Luxury iconic French fashion house Hermès has opened the doors of its new Wanderland exhibition at the Saatchi Gallery in London, with a tour set to include Paris, Italy and China.

Hermès has debuted its exhibition dedicated to flânerie, or the act of wandering the city streets and drinking in the details of everyday life, at the Saatchi Gallery in London.

“Flânerie, that wonderfully liberating art of urban wandering, is second nature to Hermès, one could even say our most profound nature”, recounts Pierre-Alexis Dumas, the house’s Artistic Director and sixth generation member, evoking the 2015 Hermès theme.

The exhibit opens April 9th and runs until May 2nd, it will then move to Paris in September, Turin, Italy in December, before it makes its last stop in China next year.

The heritage French fashion house has dedicated the theme of flânerie 2015, and transformed the top floor of the Saatchi Gallery into its ‘Wanderland’, which spreads over 11 rooms. One room showcases a curious collection of vintage walking sticks, another graffiti created by artist Cept. The exhibit also features floor panels that ‘speak’ when a visitor steps on them.

Objects on display have been carefully and lovingly gathered from the Hermès archive, the museum collection of Emile Hermès at 24 rue du Faubourg Saint-Honoré in Paris and Hermès’ contemporary collections: a bike, a bag, a pair of boots, a travel writing case, a card deck, a watch from the house’s collection

Bruno Gaudichon, curator of La Piscine-Musée d’Art et d’Industrie in Roubaix created the exhibition, and Hubert le Gall took care of the magical set designs. Hermès have also collaborated with Actes Sud to create a book for the unique exhibit. 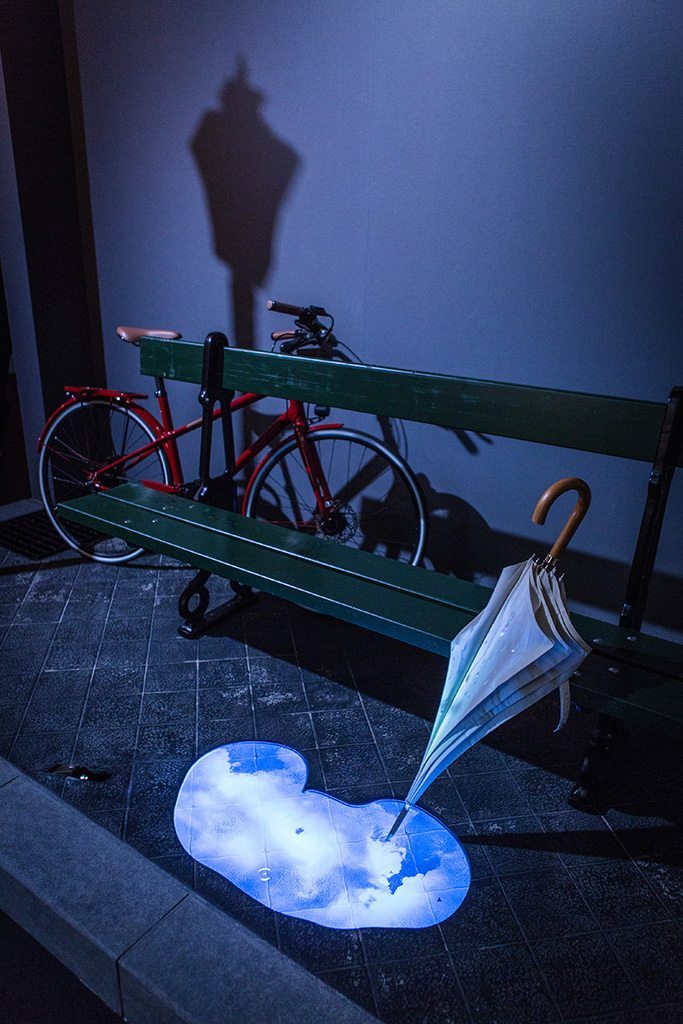 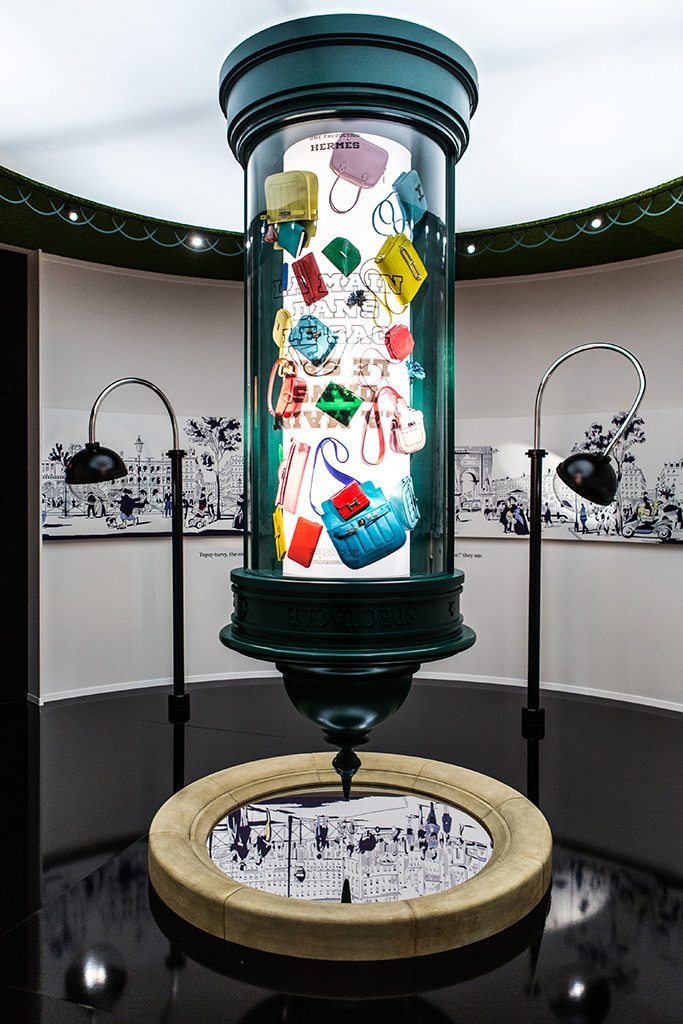 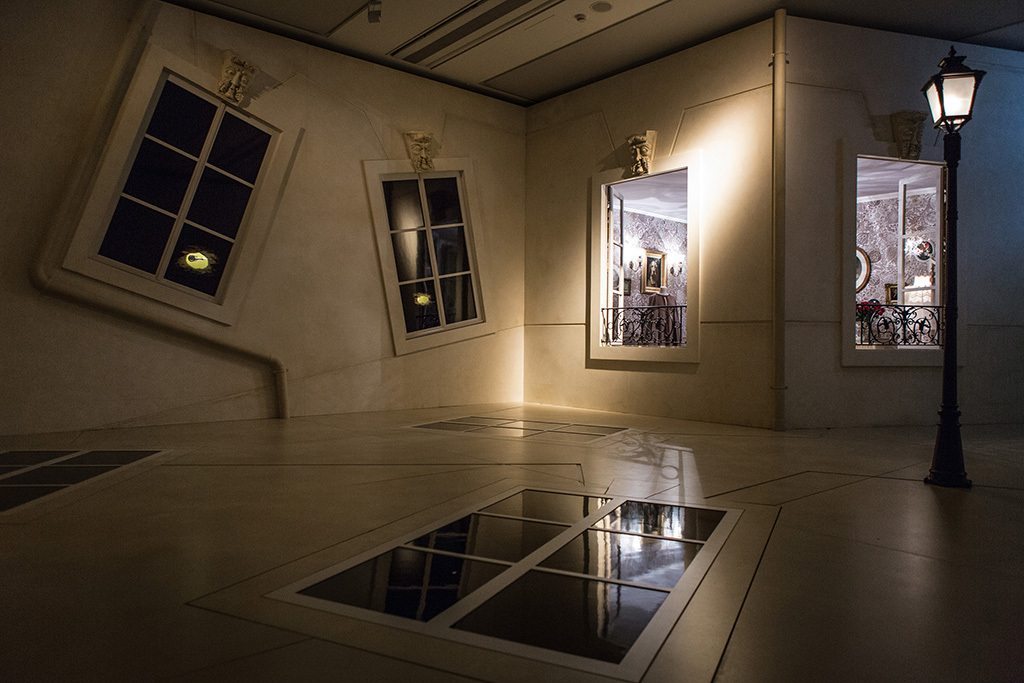 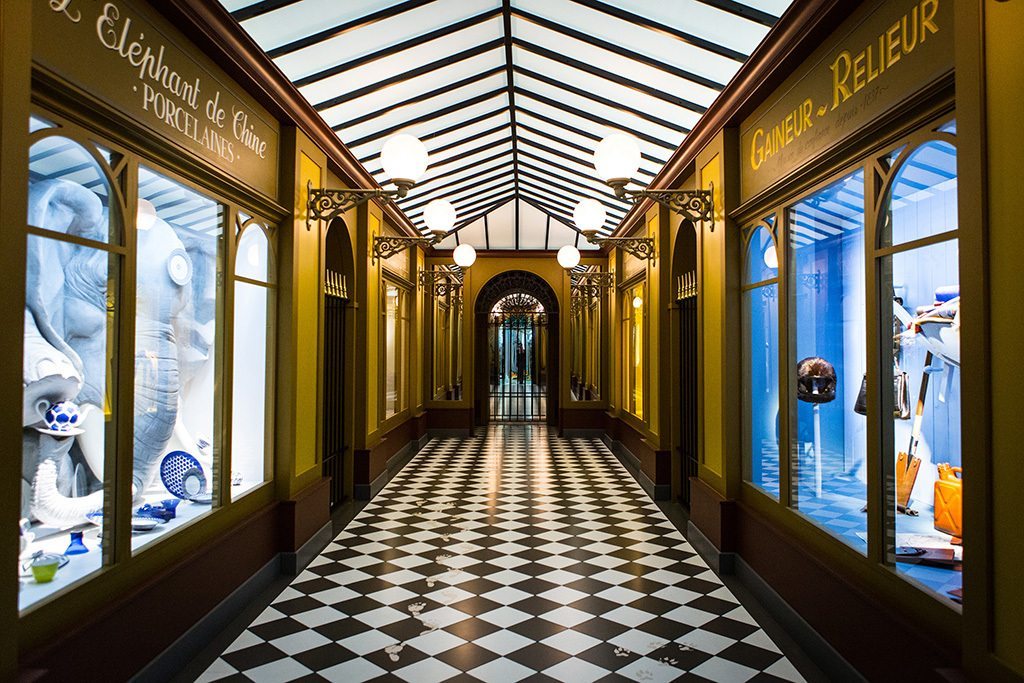