The Karl Lagerfeld exhibit “Karl Lagerfeld. Modemethode” has opened at the Bundeskunsthalle in Germany, showing “his work process,” something never done before. The exibit focuses on his most enduring fashion ventures.

The first thing visitors get to see is Lagerfeld’s desk overflowing with all sorts of paper: there are bags full of books from Galignani, the designer’s fetish bookstore on Rue de Rivoli, including a biography of Oscar Wilde and Doris Lessing’s “The Fifth Child”. Also on the desk are stacks of old copies of The New Yorker; myriad colored crayons, little brushes and powder for his sketches, and Choupette’s bowl, “because she always eats at the table, never on the floor,” Harlech remarked of the designer’s beloved cat. The desk is an original, one of five tables the designer normally keeps at his loft.

A special soundtrack has been composed by his longtime musical companion Michel Gaubert, based on the sound of a pencil scratching the surface of paper, while Vogue Germany edited the show’s official catalogue, written like a special edition of the magazine, complete with photos, interviews and background stories.

The exhibit itself, slated to run through September 13th, is arranged like a road, inviting guests to linger and explore the most noteworthy chapters in Lagerfeld’s professional career. One of the most impressive parts of the exhibition is “The Reinvention of the Tweed” section, focusing on Lagerfeld’s conceptual approach to fabrics. There is a Chanel dress that has been entirely embroidered to look like tweed, and another number which appears to be slowly disintegrating against a twill background.

All looks are displayed on transparent mannequins designed specifically for the show, allowing a peek into each pieces’ interior. A vitrine, meanwhile, boasts an intriguing collection of buttons custom-made for Chanel — from shell-shaped ones, to lion’s heads to tiny babushkas, each telling the story of another season’s collection.

Overall, the show investigates Lagerfeld’s oeuvre via 126 looks, 120 accessories and 177 buttons, hundreds of sketches, at times arranged like a wallpaper or curtain, as well as ad campaigns (art directed and photographed by Lagerfeld) and film clips. 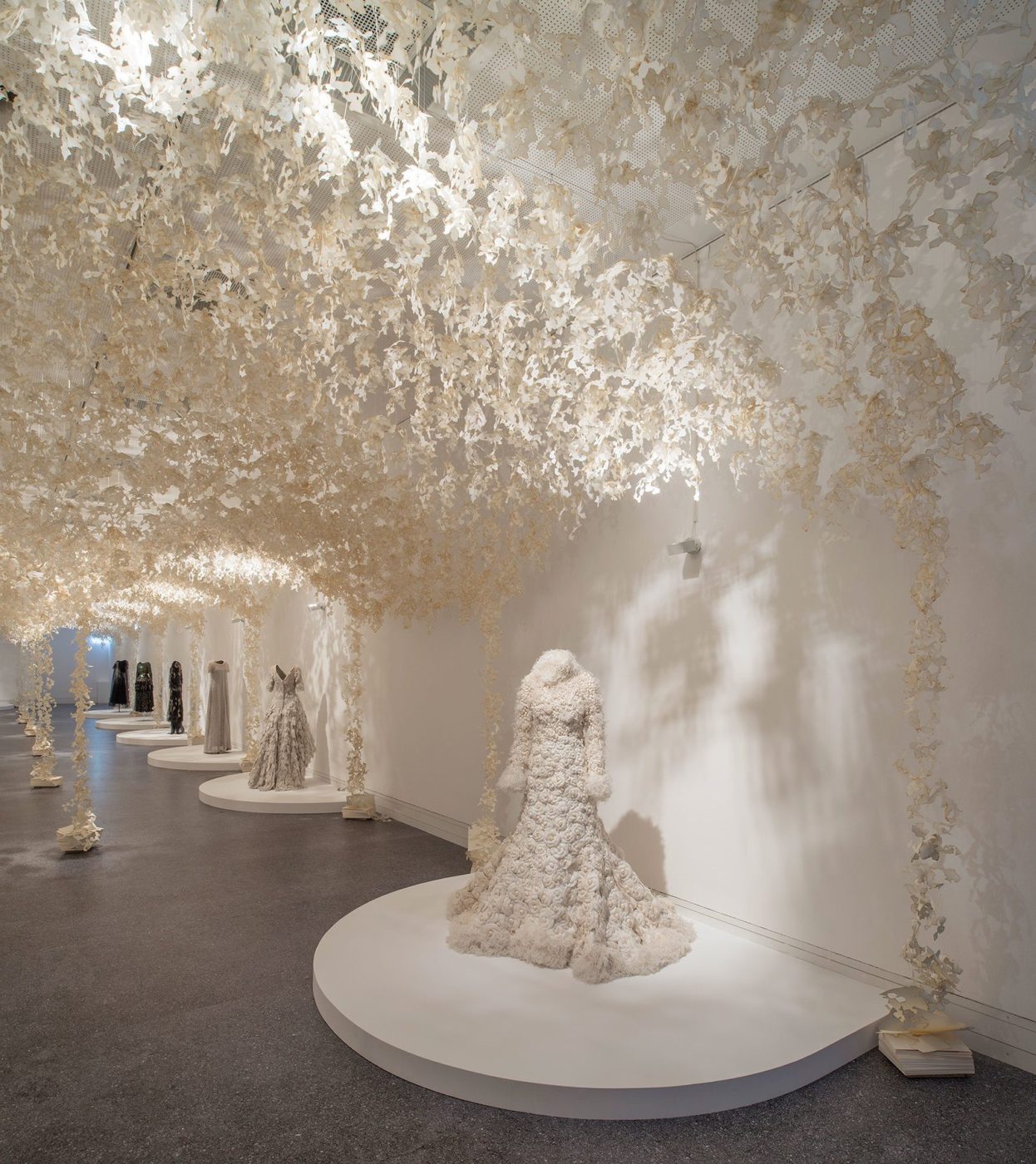 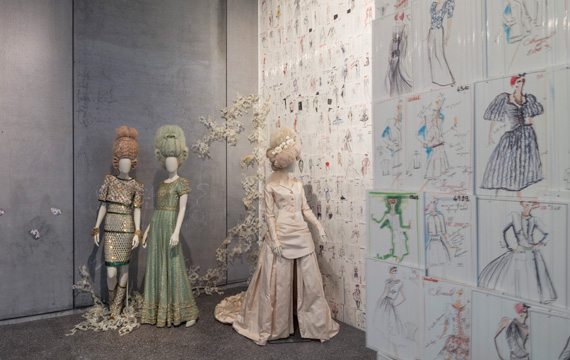 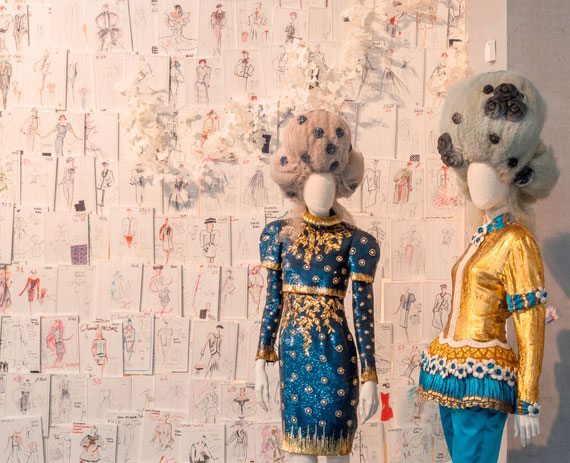 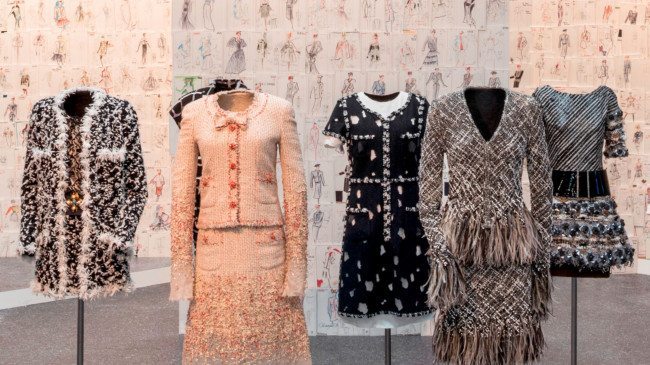