Dsquared² has finally opened its first U.S. store at 461 North Rodeo Drive, heralding an American retail rollout that includes units in New York and Miami by the end of the year.

The facade features alternating bands of concrete poured into black transparent glass and double-height front windows. The motif is duplicated inside using large wooden logs, a material typical in other Dsquared² stores as an homage to the Catens’ Canadian heritage.

Spread over 4,500 square feet and two levels, the first of which features a 30-foot-high ceiling, the store flows from one area along a carpeted pathway meant to resemble a forest trail. Men’s wear is housed on the ground level and women’s wear below. Areas for apparel, accessories, shoes, underwear and fragrance are subtly divided through architectural elements such as cage-style dividers and tall screens with vertical metal rods. Again in the nature vein, circular-cut Okumè wood trunks with open veins are used in functional spaces such as dressing rooms, which also feature verdant vistas of Canadian forests. Further defining the spaces are ochre velvet armchairs illuminated by floor lamps.

All of Dsquared² women’s collections are available in the store, including a capsule line of cocktail and evening gowns designed for awards nights.

The New York store, located at the corner of Spring Street and Broadway in SoHo, will be the largest at 6,467 square feet, and is set to open by Christmas. The Miami store, 2,000 square feet at the Bal Harbour Shops, is slated to open timed to Art Basel in early December, says WWD. 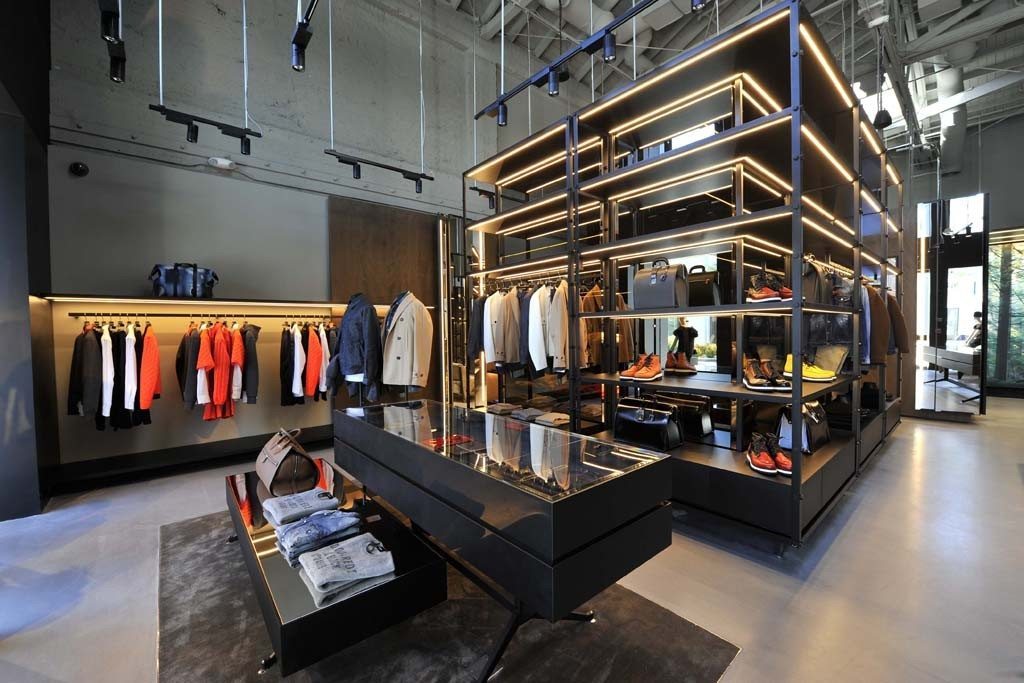 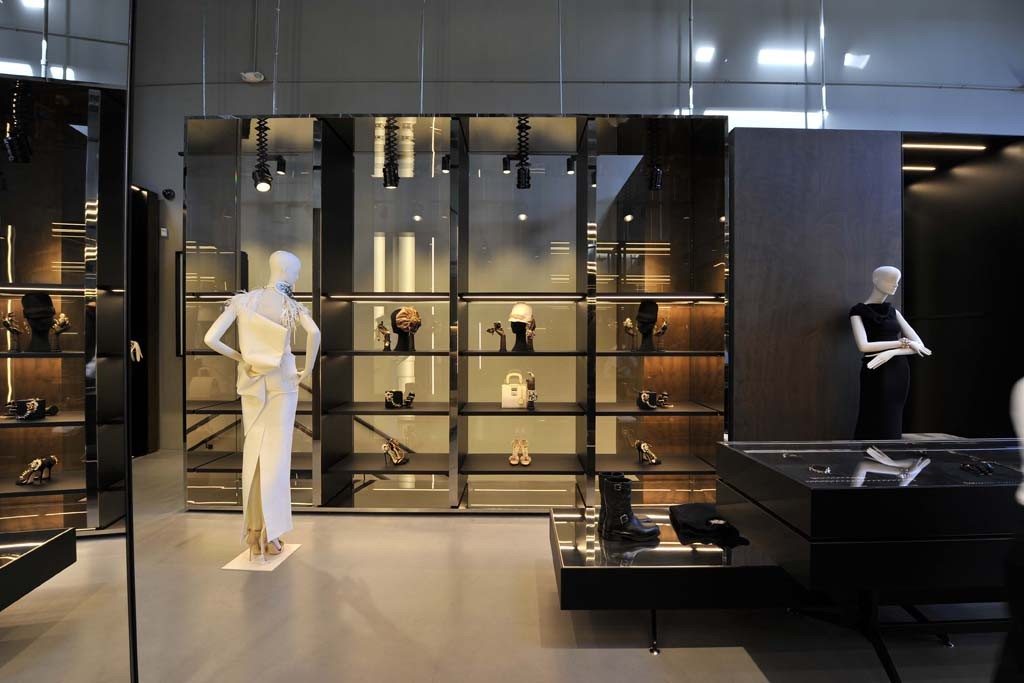 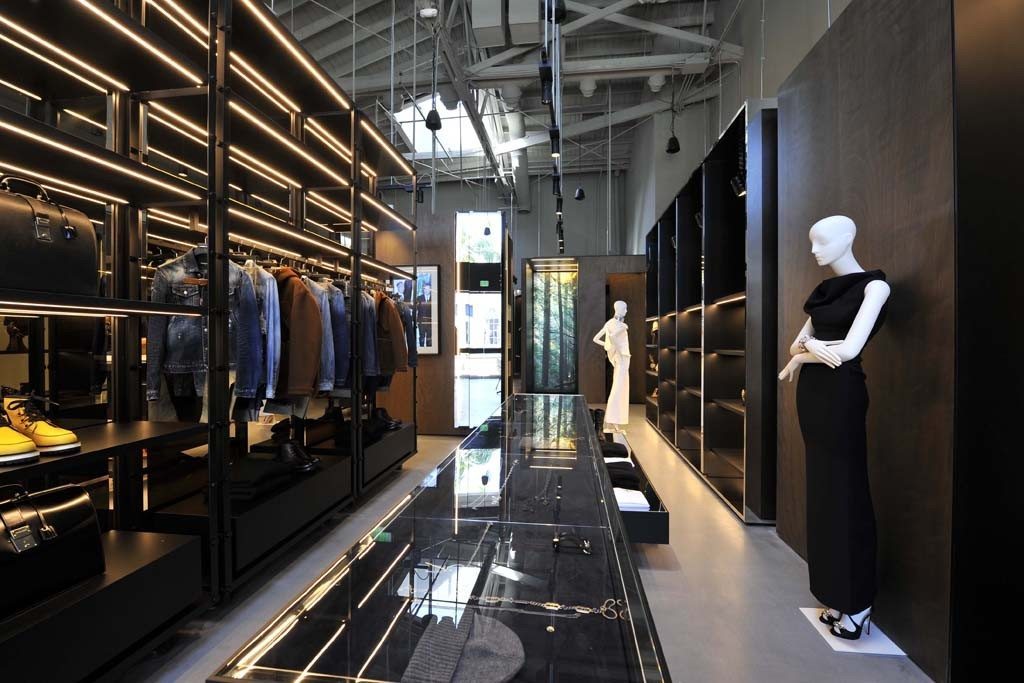 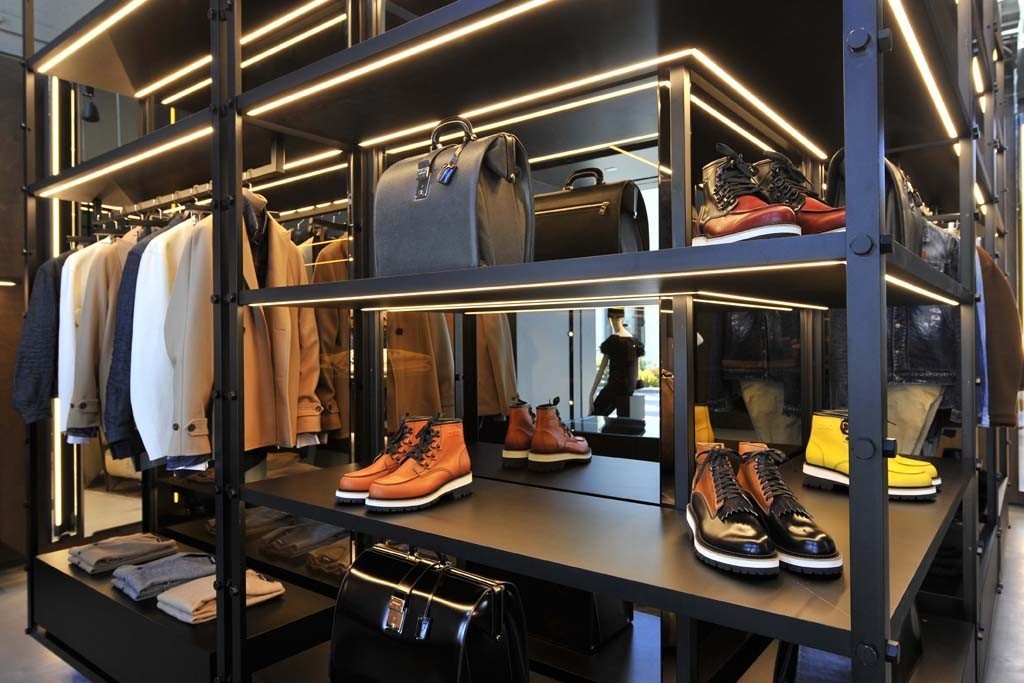 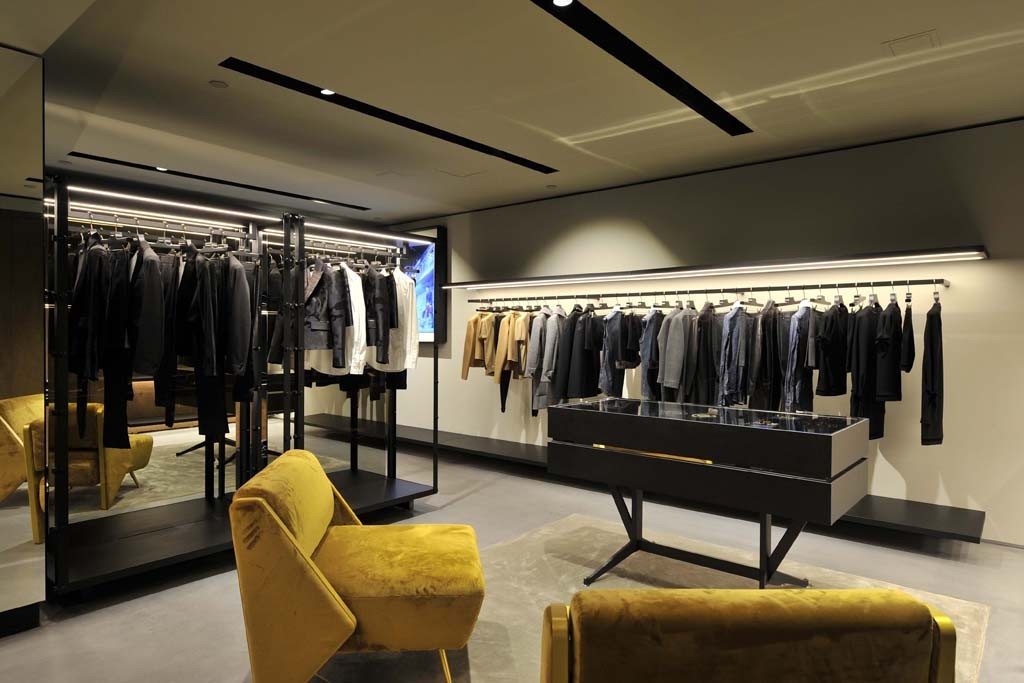