The road, the rodeo, skate and sport, all fuse together in pieces that reflect the modern street culture.

A defining underground force of men’s fashion in the 2010s, Palace here echoes Gucci’s heritage and legacy through a range of pieces that hybridize the creative universes of the two – inherently Italian, boldly British, translated anew. Inspired by Palace’s own back-catalogue and Gucci’s undeniable, cross-generational influence on youth culture, the collection focuses on the street – a place of fascination for Alessandro Michele, where fashion comes alive.

The collection encompass accessories and clothing for all genders – including Palace’s debut women’s ready-to-wear designs. Merging the aesthetic languages of each, the collection double-speaks Palace and Gucci. The power of the logo – a badge of belonging, a symbol of community – sits at the centre of the conversation between the houses, fusing the double-G of Gucci with Palace’s Tri-Ferg, materializing this cross-over of approaches. The Gucci Horsebit loafer – a staple of a 2000s club uniform – is reinvented, dancing a Palace ‘P’ charm, an emblem that also infiltrates Gucci’s iconic monogram canvas, in a literal overlap of identities. Likewise, as Palace’s staples are all present – soccer tees, denims, tracksuits – so Gucci’s heritage is reimagined, duffles reshaped with the pyramidal form of the Tri-Ferg and the monogram recolored in bubblegum pink, camouflage or baby blue. All these sit side by side with coveted epitomes of high-end streetwear, such as the shearling jacket or the two-piece motorbike suit, as well as with unexpected collectables. 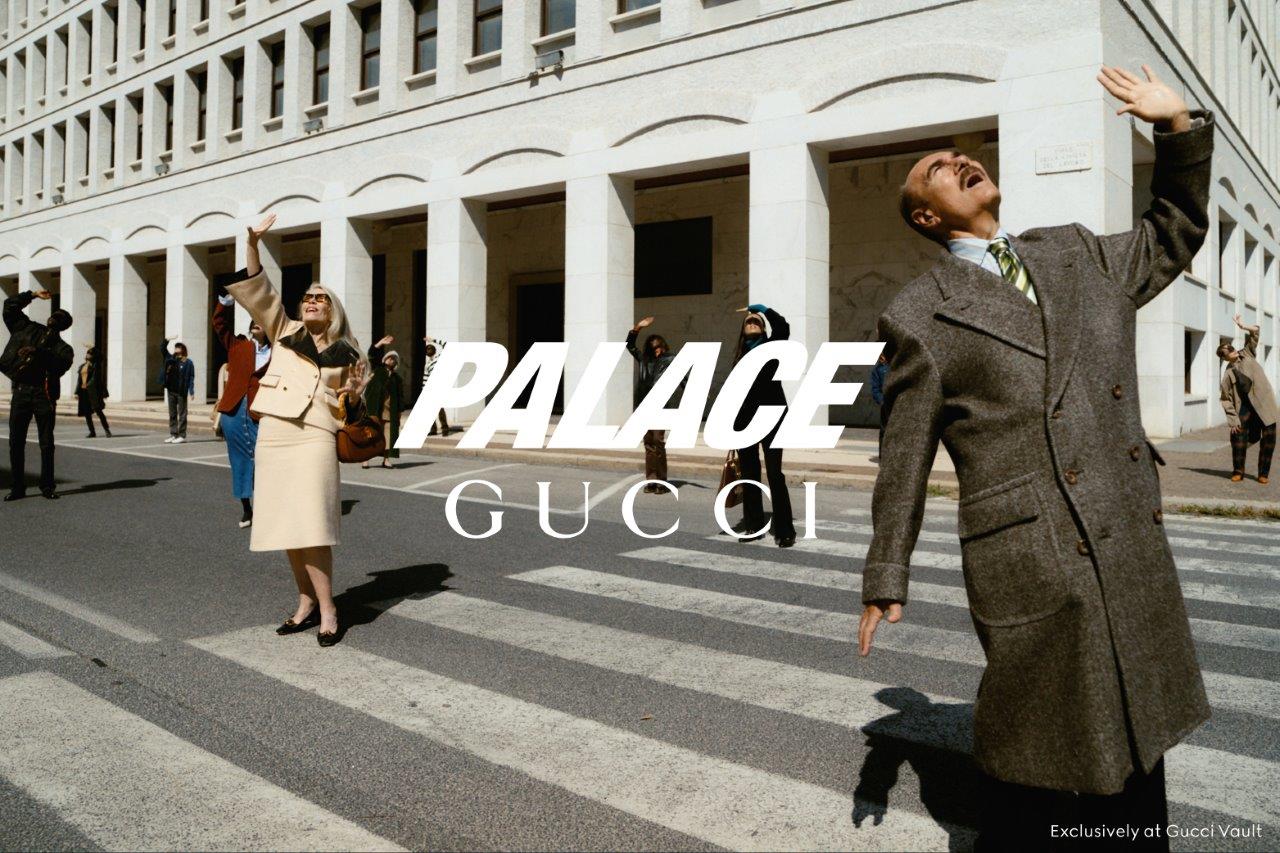 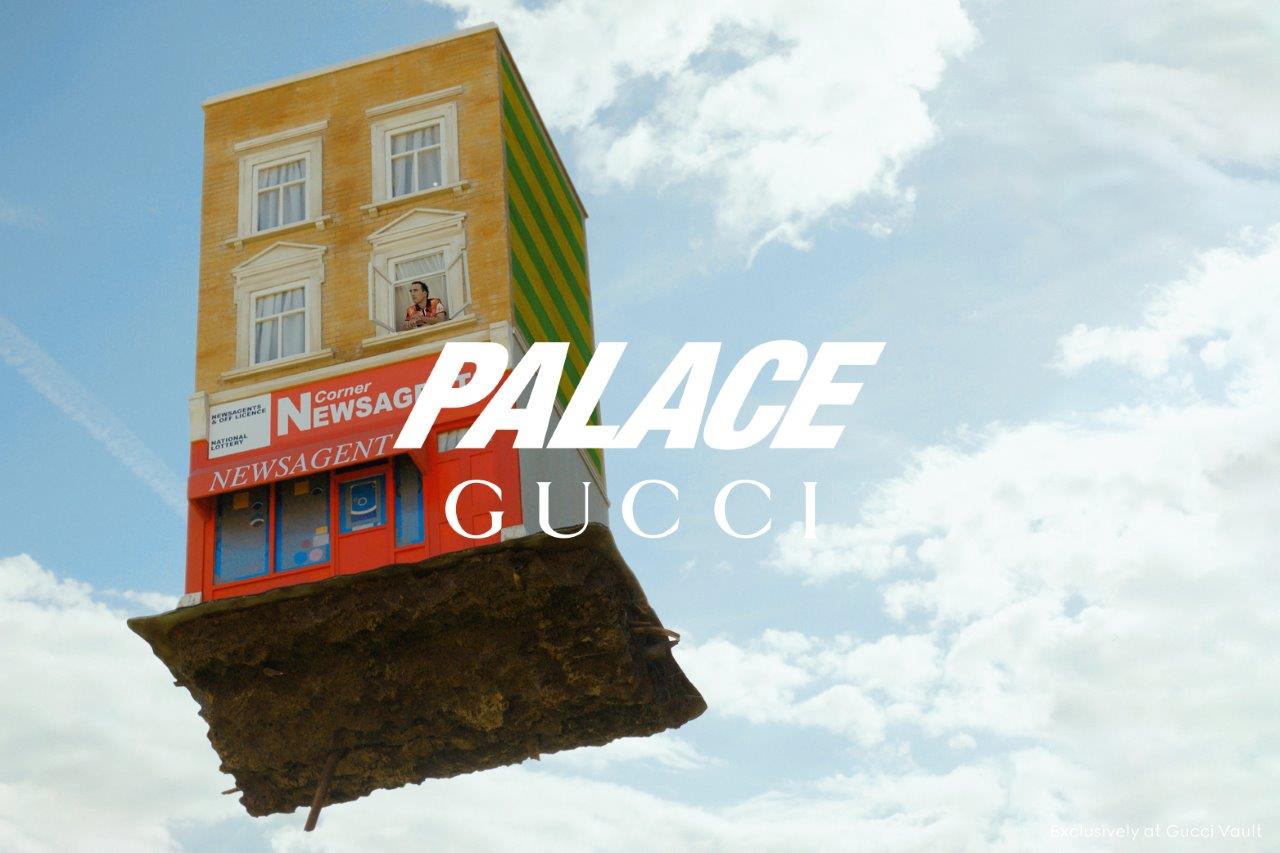 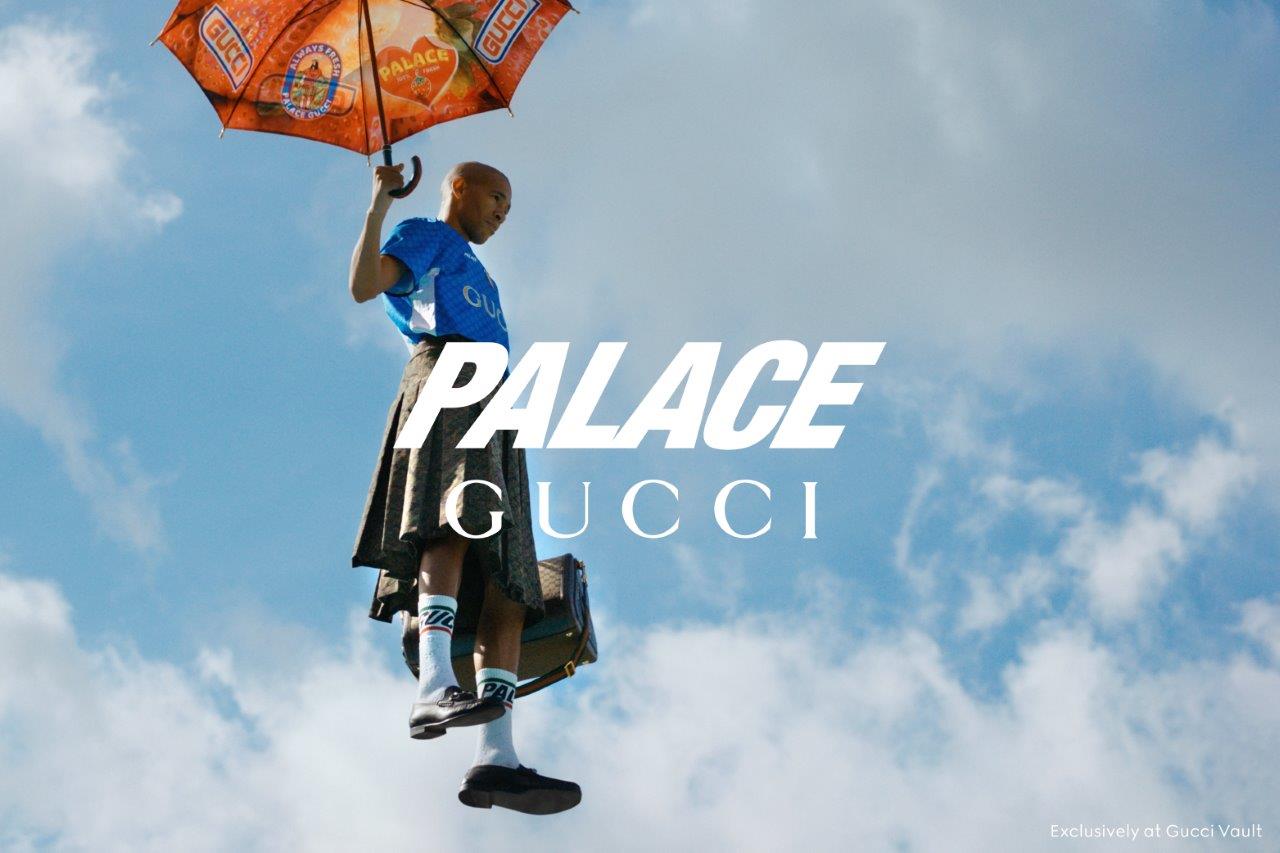 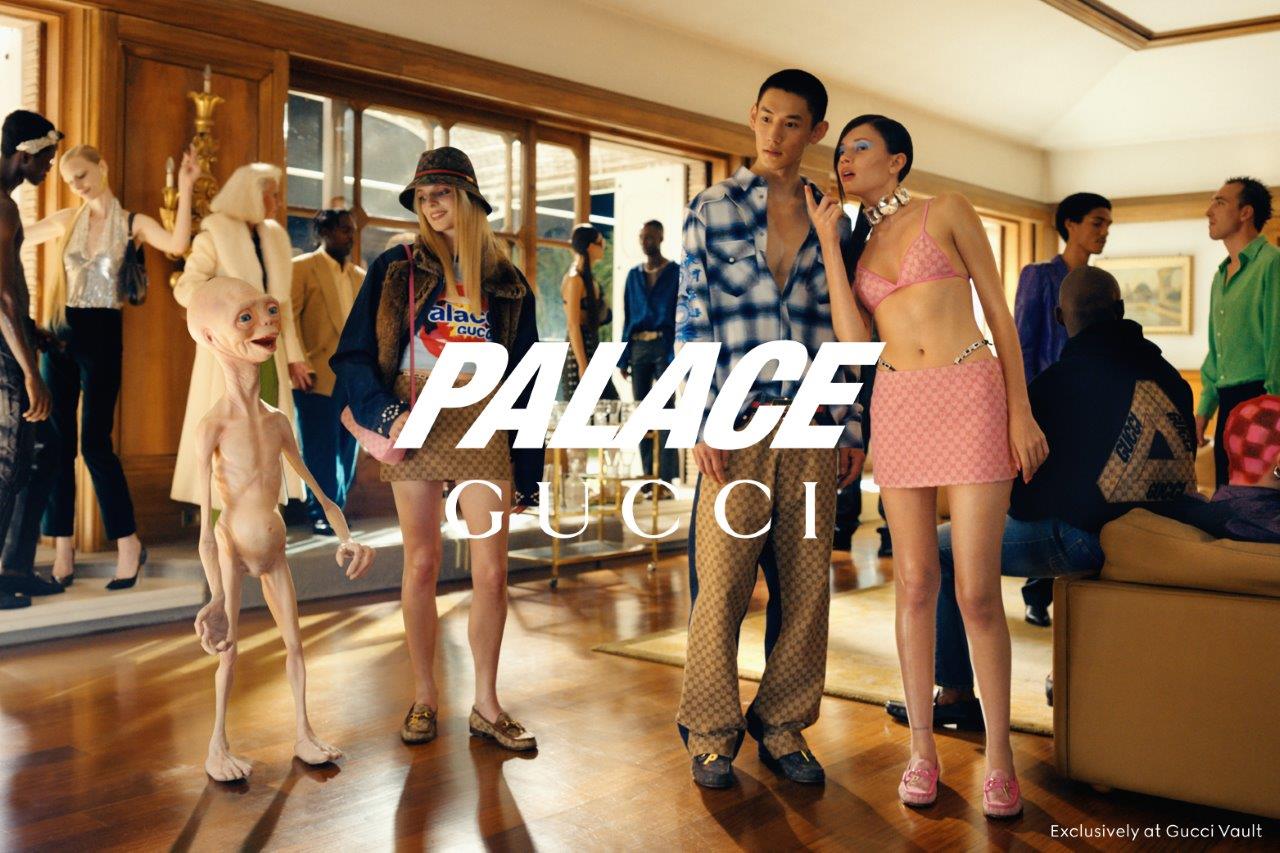 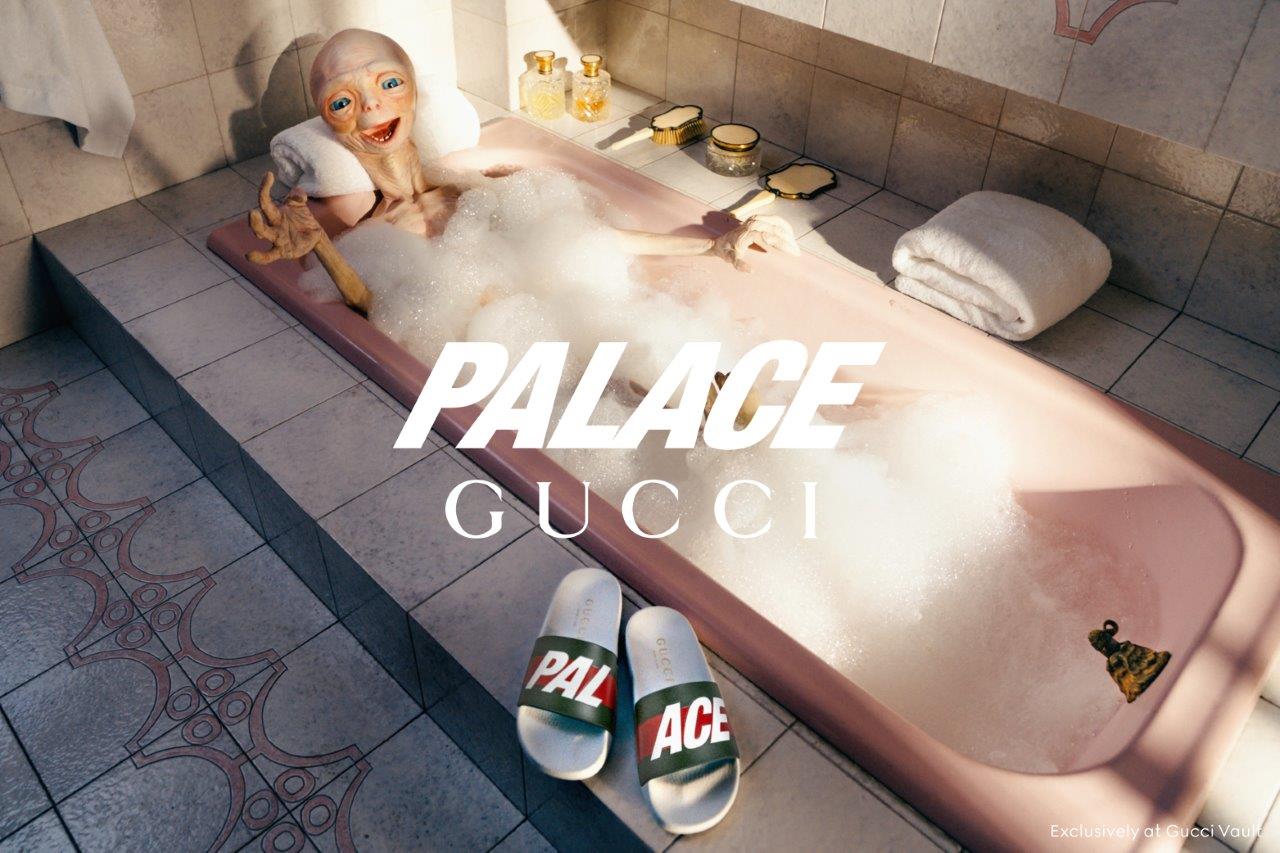 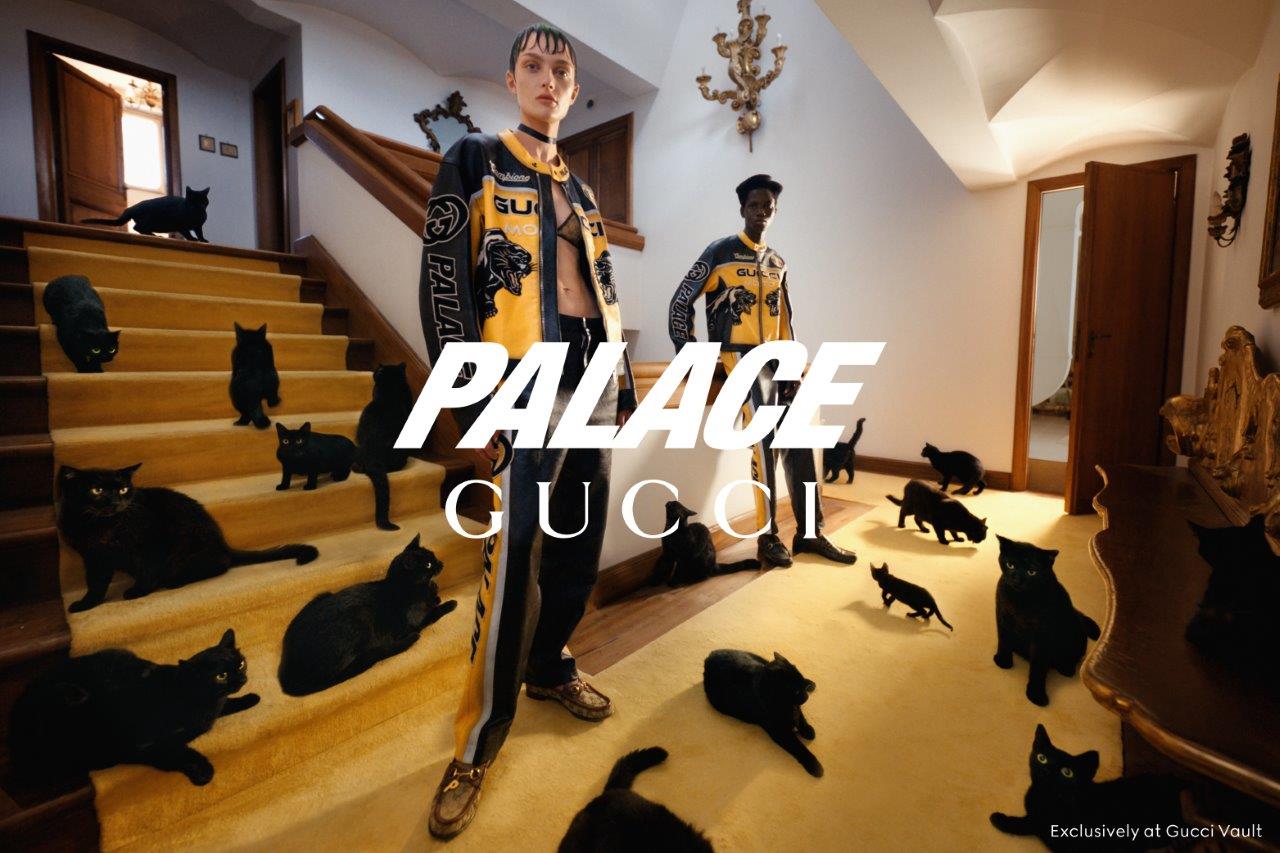 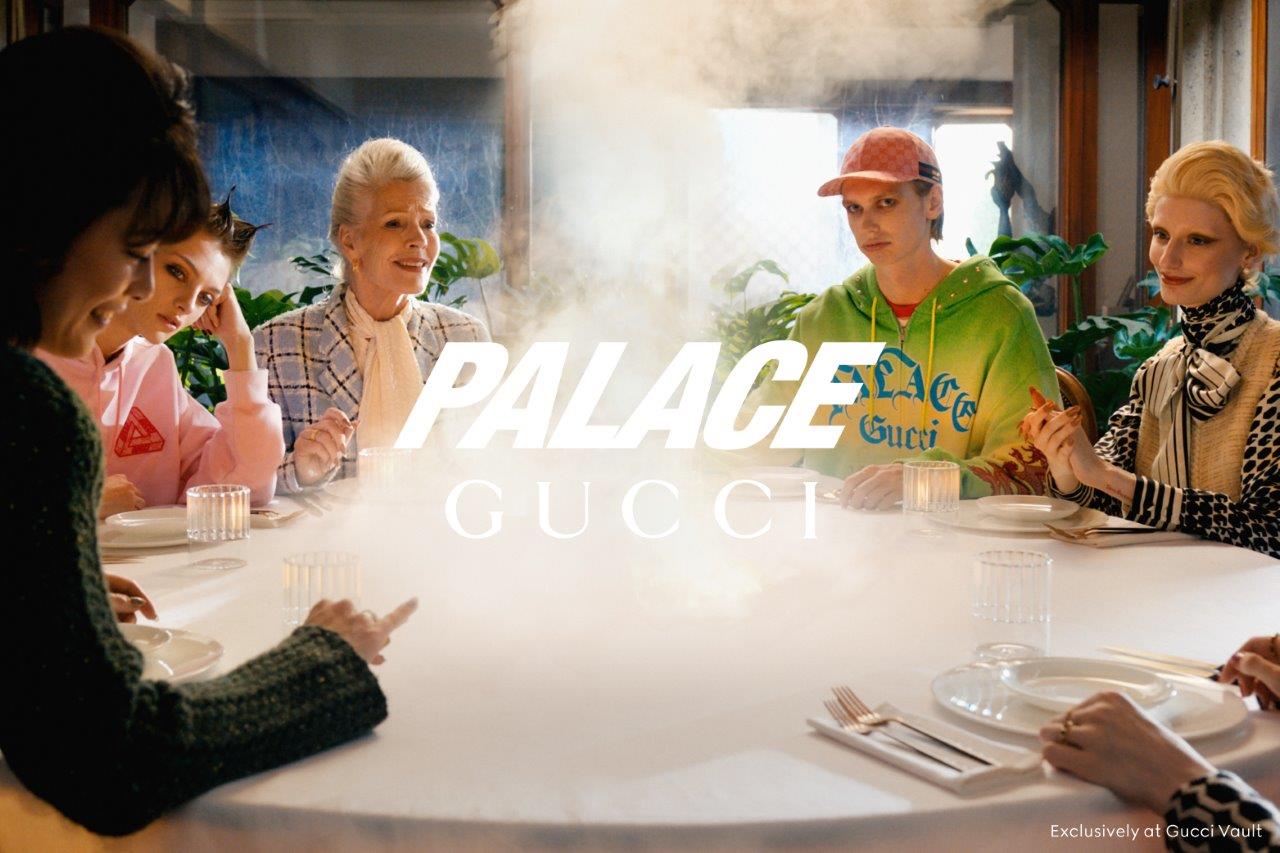 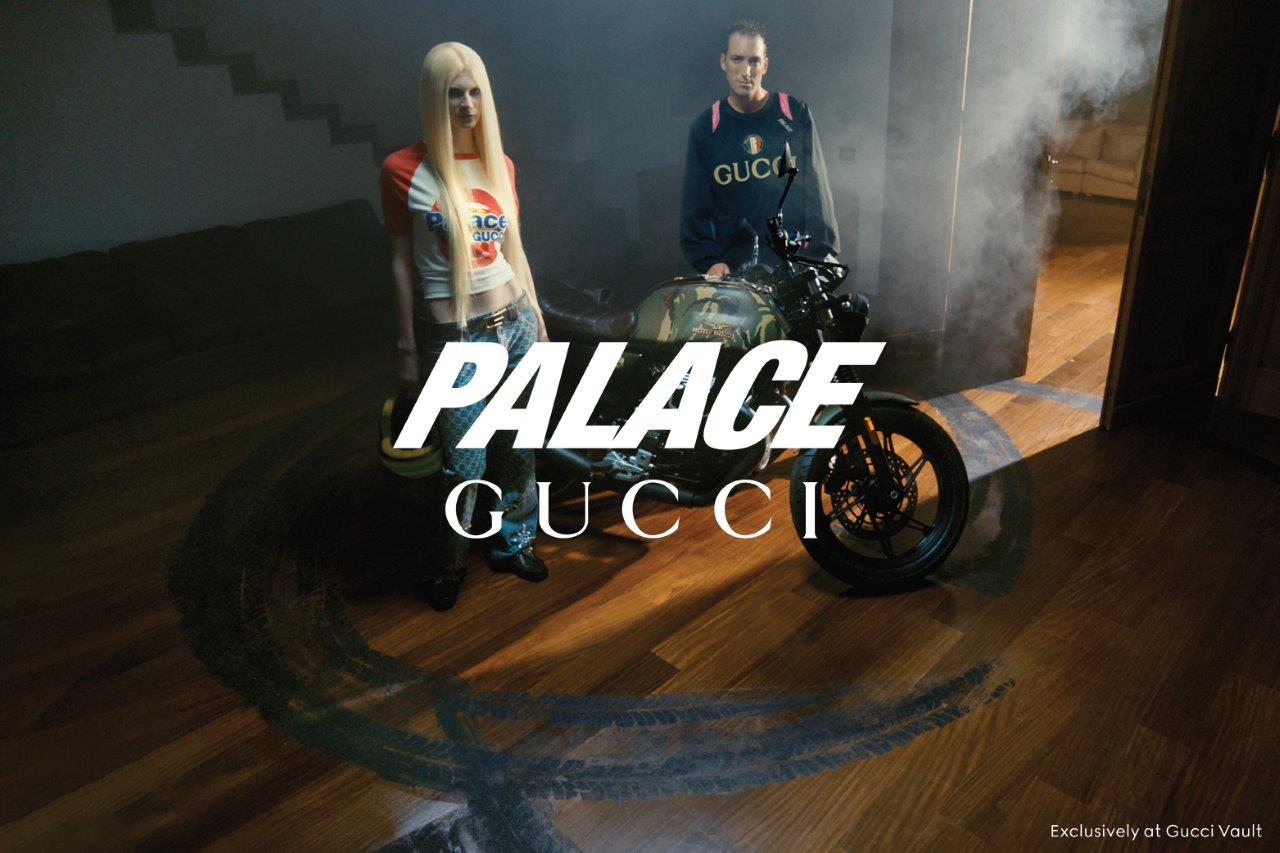 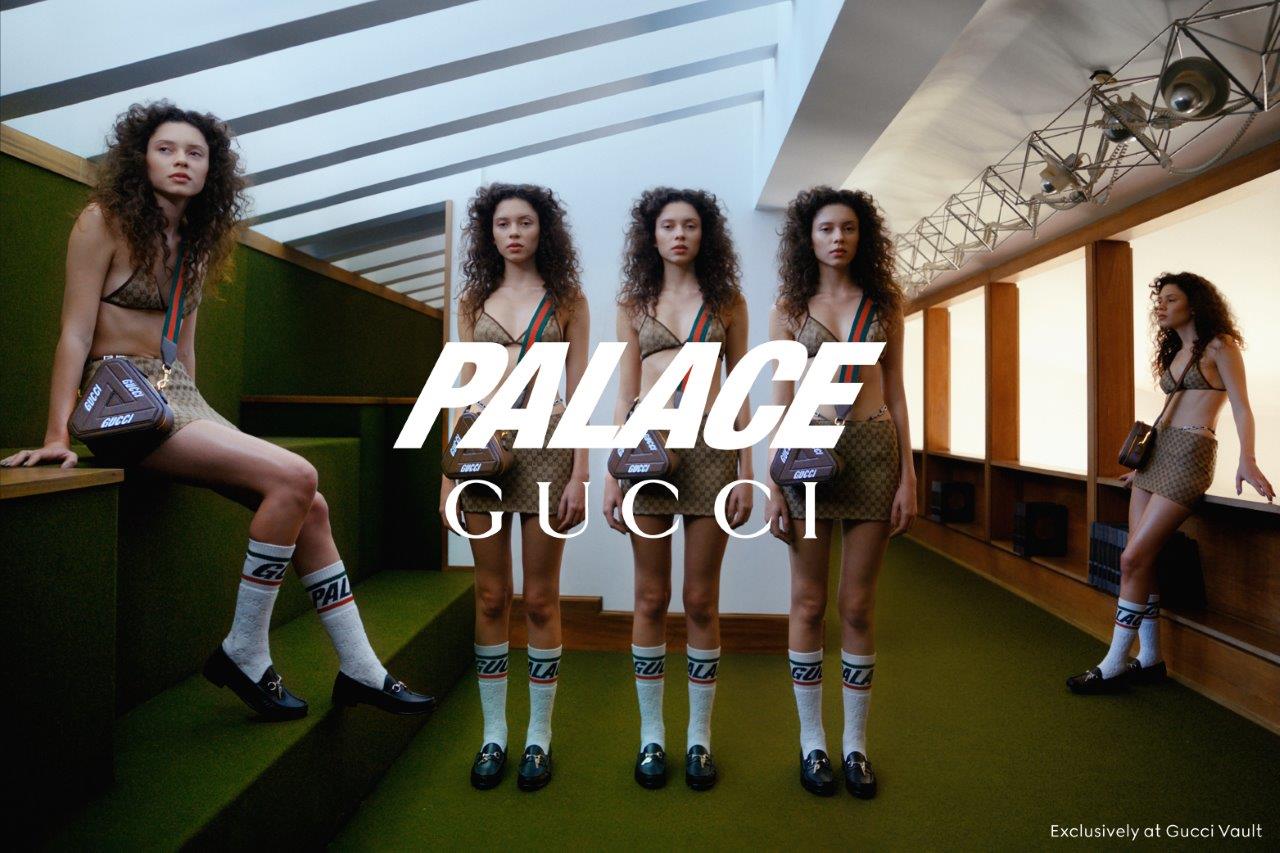 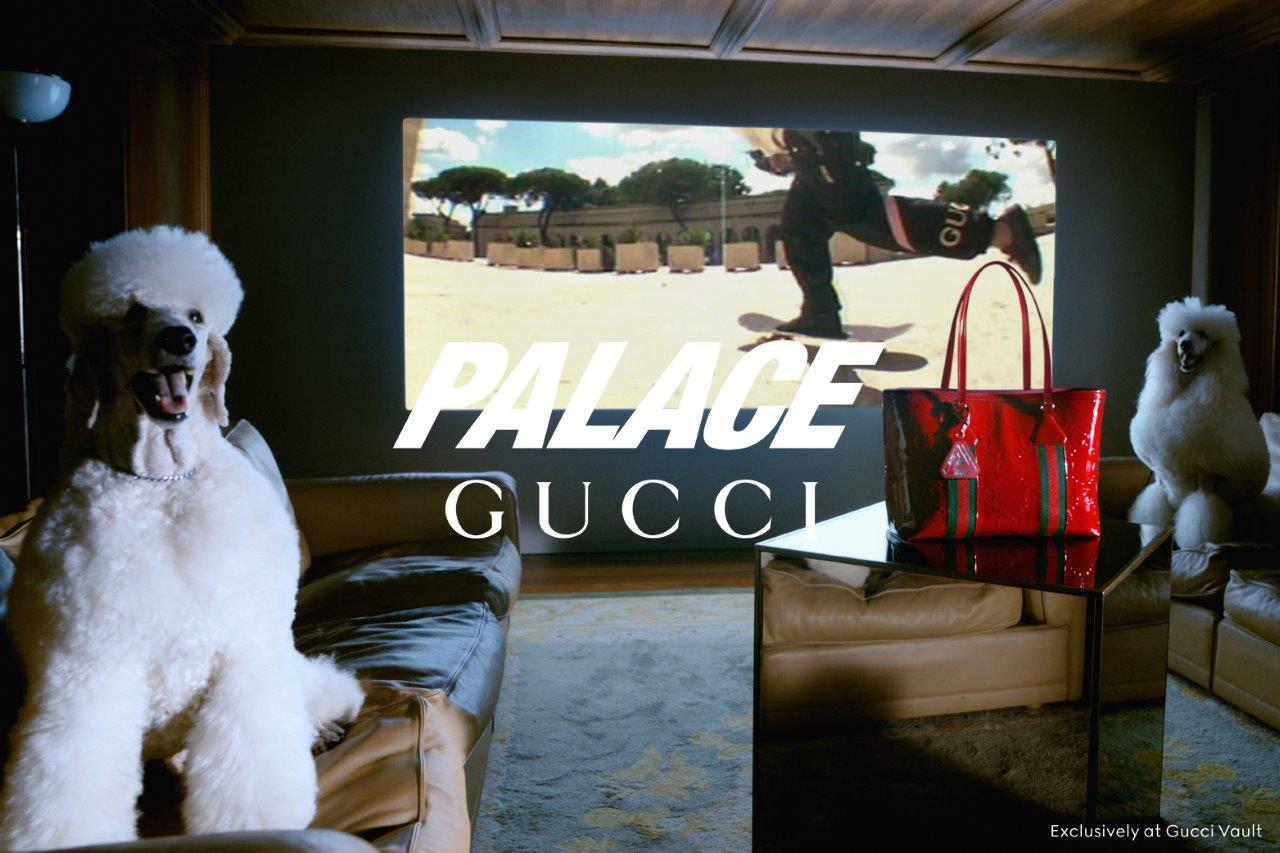