Photographed by the Dutch artist Paul Kooiker, the Acne Studios Fall 2022 ad campaign reimagines musical icon Rosalía as a historical muse in a series of intimate still and moving images. Wearing key pieces from the fall/winter runway collection, each look infused with Rosalía’s own uncompromising style.

“The fall collection was a collage of different ideas and feelings, so we wanted to explore this clash of historical references but with a cultural icon who feels so effortlessly of the moment,” says Jonny Johansson, Creative Director of Acne Studios. “We felt Rosalía was the perfect fit, because she has a unique ability to shapeshift through time, history and culture, all with a contemporary lens. Meanwhile there is a timelessness, brutalism and elegance to Paul Kooiker’s work that felt right for the mood of the campaign.”

Rosalía, who is currently touring the world with her third studio album ‘Motomami’, featuring her chart-topping hit ‘Despechà’, took time out from her intensive tour rehearsals to shoot the campaign in her hometown Barcelona. “When I pose for a photographer, I always try to be myself but also try to channel an energy. What appealed to me the most about working with Paul [Kooiker] was that he has an atemporal style, his pictures could have been taken when photography was invented. But, at the same time, he transmits a freshness of the moment. His pictures are badass,” says Rosalía.

The campaign is intended to showcase the experimental materiality that anchors Acne Studios, and which manifests in the fall collection in the manipulation and repurposing of denim, jersey and leather. The singer’s favorite pieces were the jersey boots and the sunglasses. “I love how bold but elegant everything is. To me, Acne Studios is a brand that takes care with the fabrics, the colors, the textures – everything is so well thought through, impeccable and fresh,” she says.

For Paul Kooiker, Rosalía offered an opportunity to experiment with different visual worlds, without compromising her own intrinsically modern aesthetic. “The campaign tried to capture Rosalía in a way she is rarely seen. While shooting the videos I discovered that her movements were so strong and confident that we continued this way of working for the stills. The approach was to shoot the contemporary collection in a timeless and historical atmosphere,” says Kooiker. 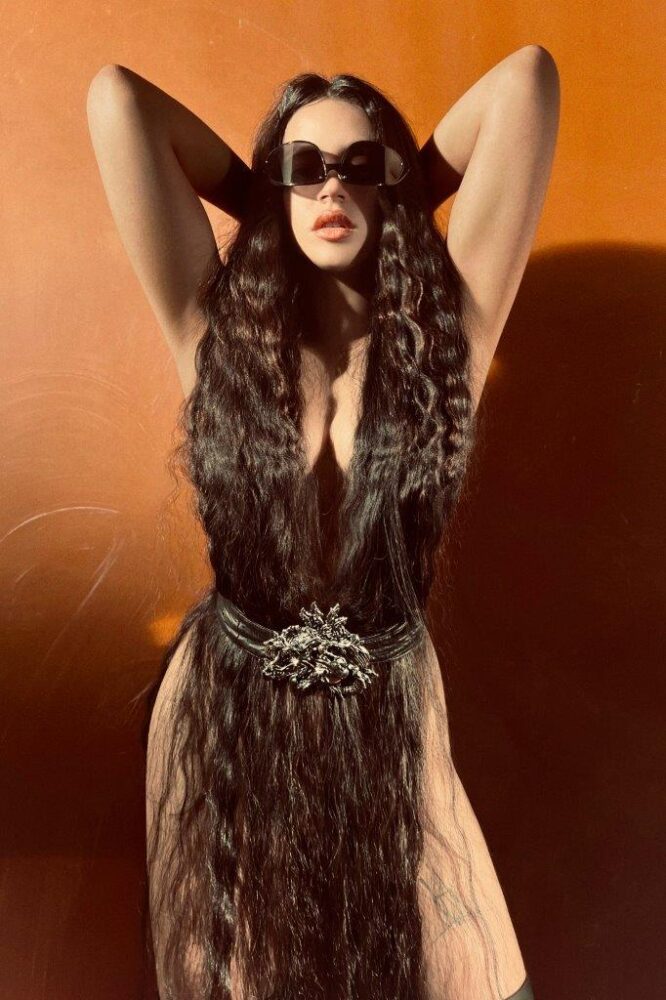 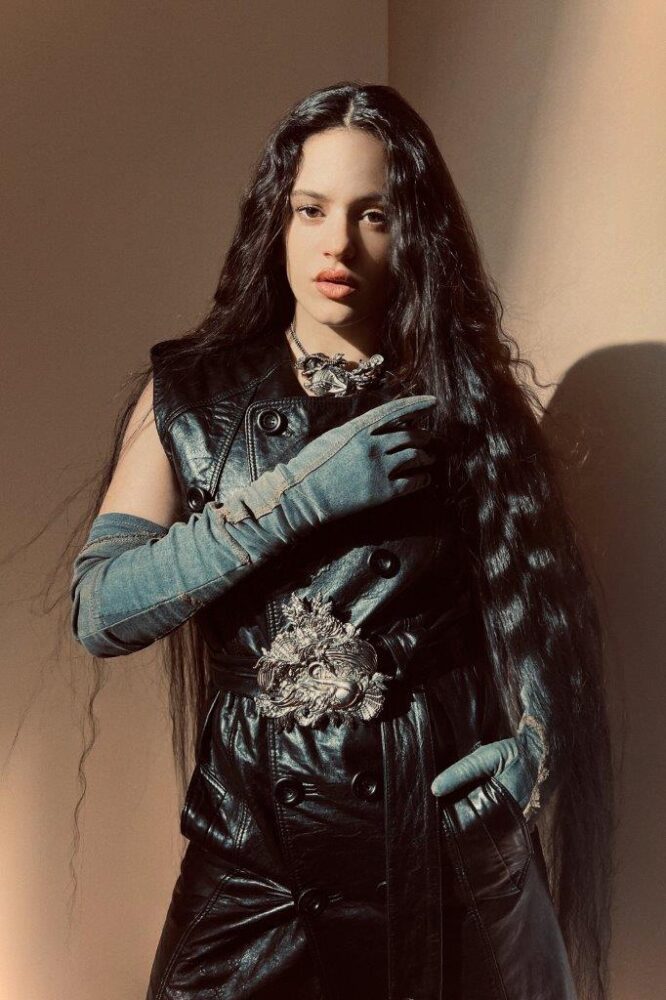 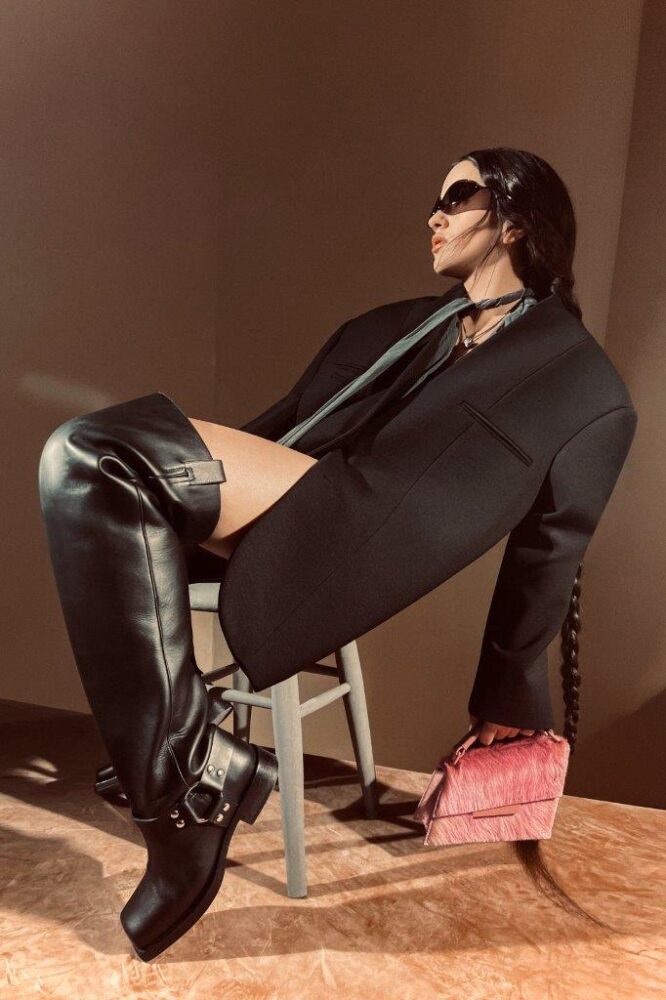 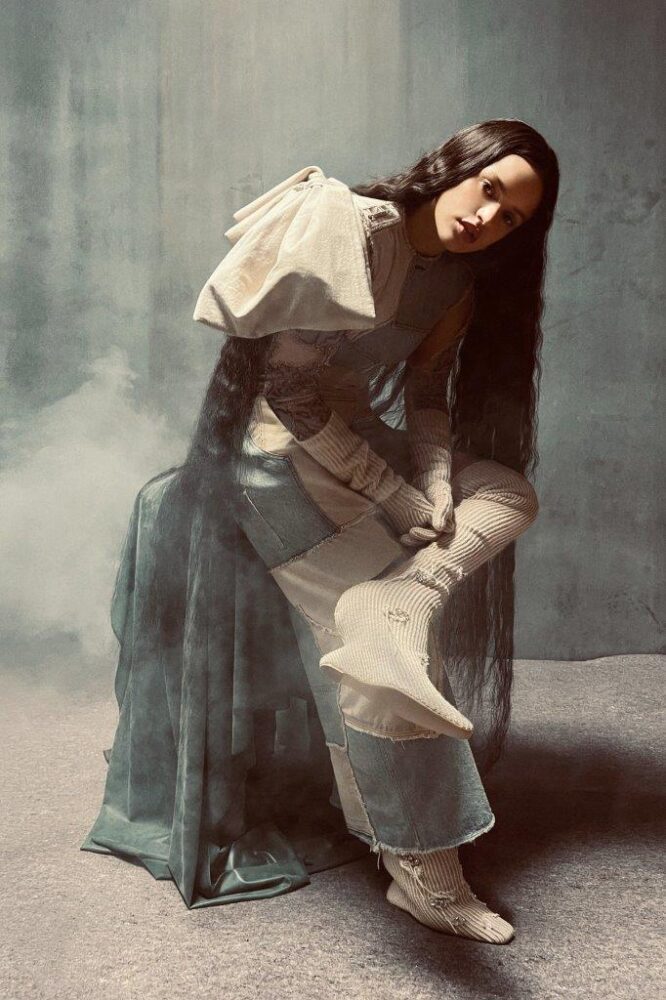 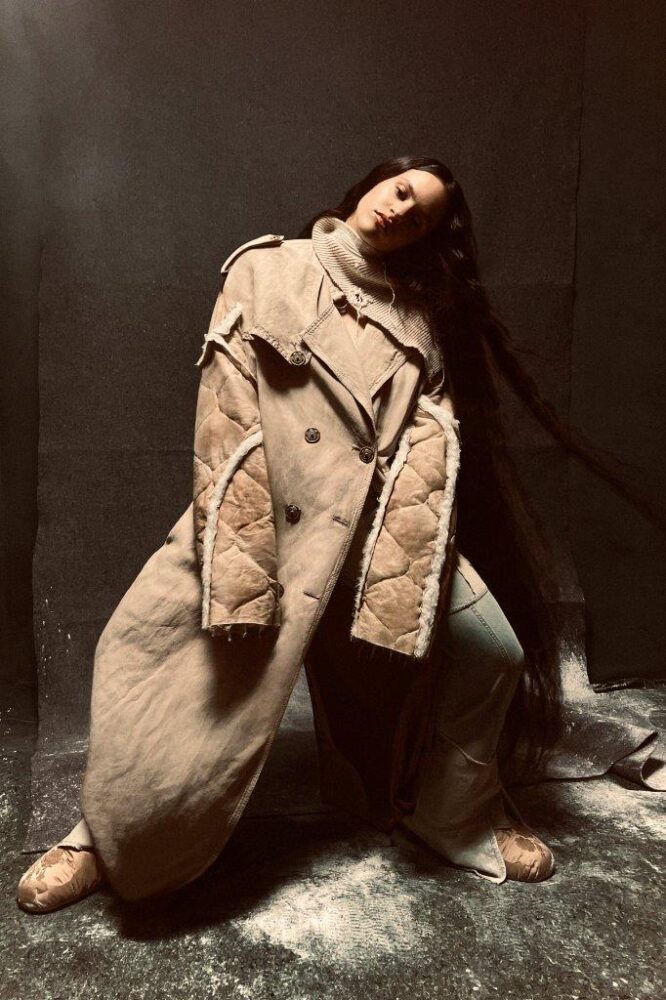 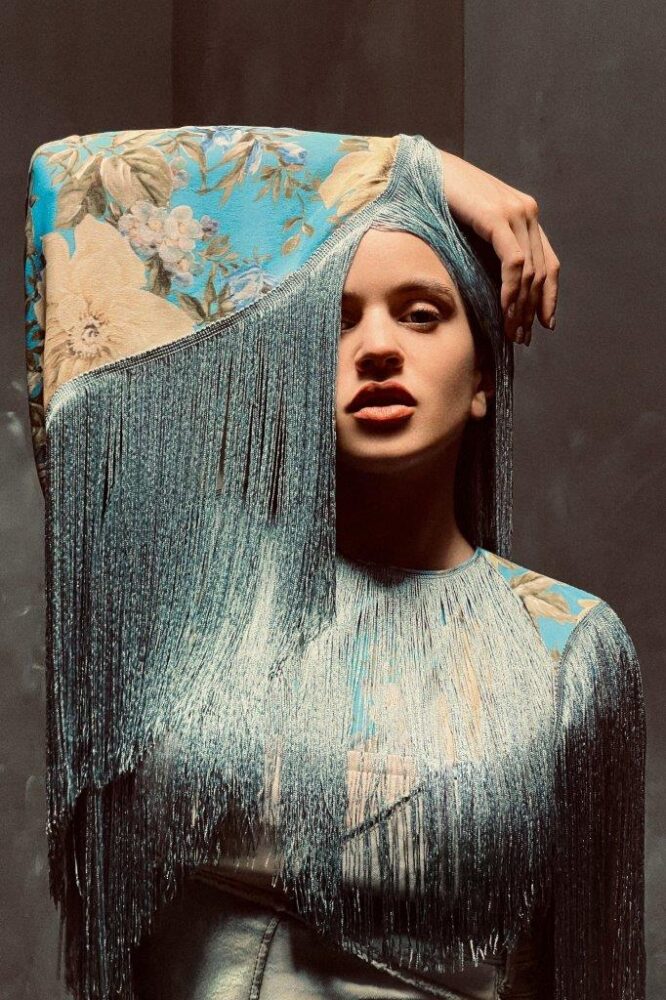