After a comprehensive renovation, the 219 rue Saint-Honoré store in Paris opens.

Occupying a corner position on one of Paris’s most storied streets, the new Acne Studios flagship store space adheres to the brand’s global store ethos, where each location interprets the brand design language in an individual way. In this case, it channels both the classic elegance of Paris and the counter-cultural currents that infuse the Stockholm-based brand.

Designed by the Barcelona-based architecture studio Arquitectura-G, the 385m2 space is composed in Saint Maximin stone, extending the exterior façade to the interior of the store. A pale, golden-beige limestone sourced from a nearby French quarry, Saint Maximin is synonymous with Paris, having been used extensively in the construction of the city. The stone has been used to clad the walls, floors, and columns, to impressive infrastructure-like effect.

“Lately, I’ve been hanging out at the Rålis skate park in Stockholm, which was built under a bridge to prevent the concrete skate bowls from getting wet and slippery. I find it a poetic spot, and it reminds me a little of Paris because there are so many bridges in the city. I wanted the store to feel like you were sitting under a bridge. I like the idea of a secret society, a sub-culture, existing under the arches – and I thought it was a good way to think of Acne Studios as a brand on the big fashion street,” says Jonny Johansson, Creative Director of Acne Studios.

Paris’s exceptional light is given true prominence. Original floor-to-ceiling windows have been stripped back to allow more light to enter the store, and enhance an airy double-height space connecting both floors. The British designer Max Lamb created soft furniture – a mix of black leather seating and hand-dyed fabric display units and tills – in globular, organic shapes to offset the sharp doorways, stairs and shelves.

For the unveiling, the store showcases FW22 looks from its men’s and women’s collections alongside shoes and accessories, including the brand’s emblematic Musubi bag. 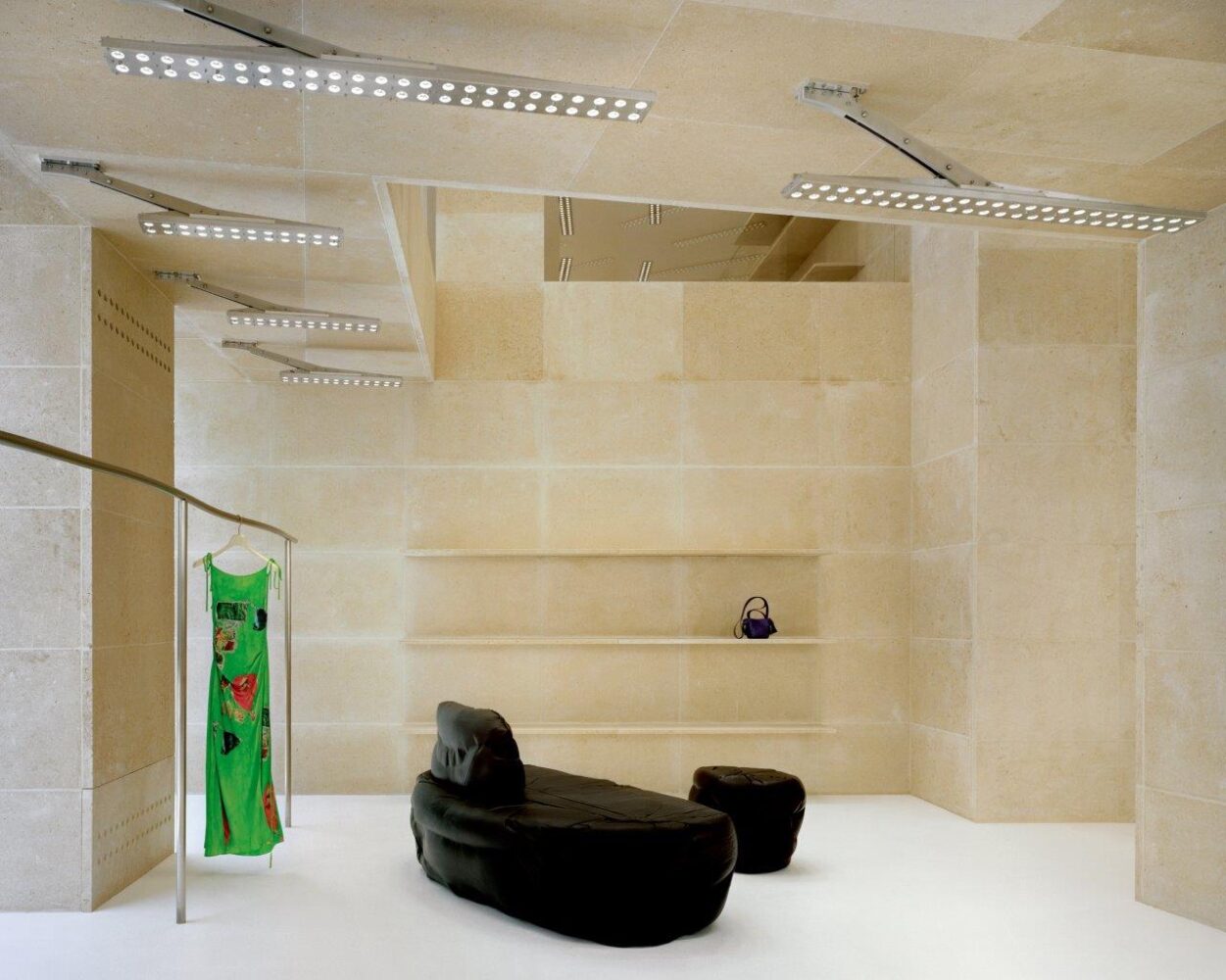 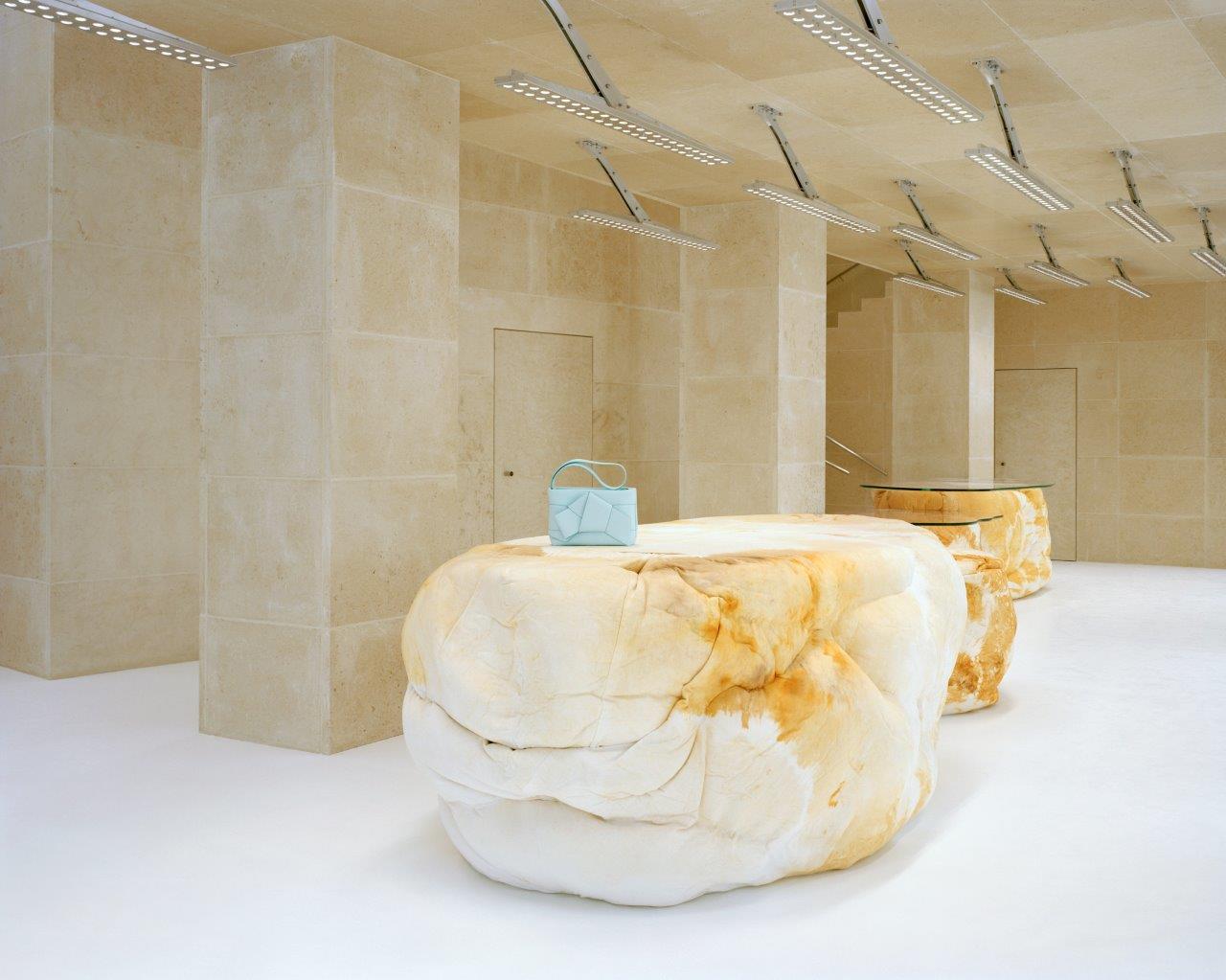 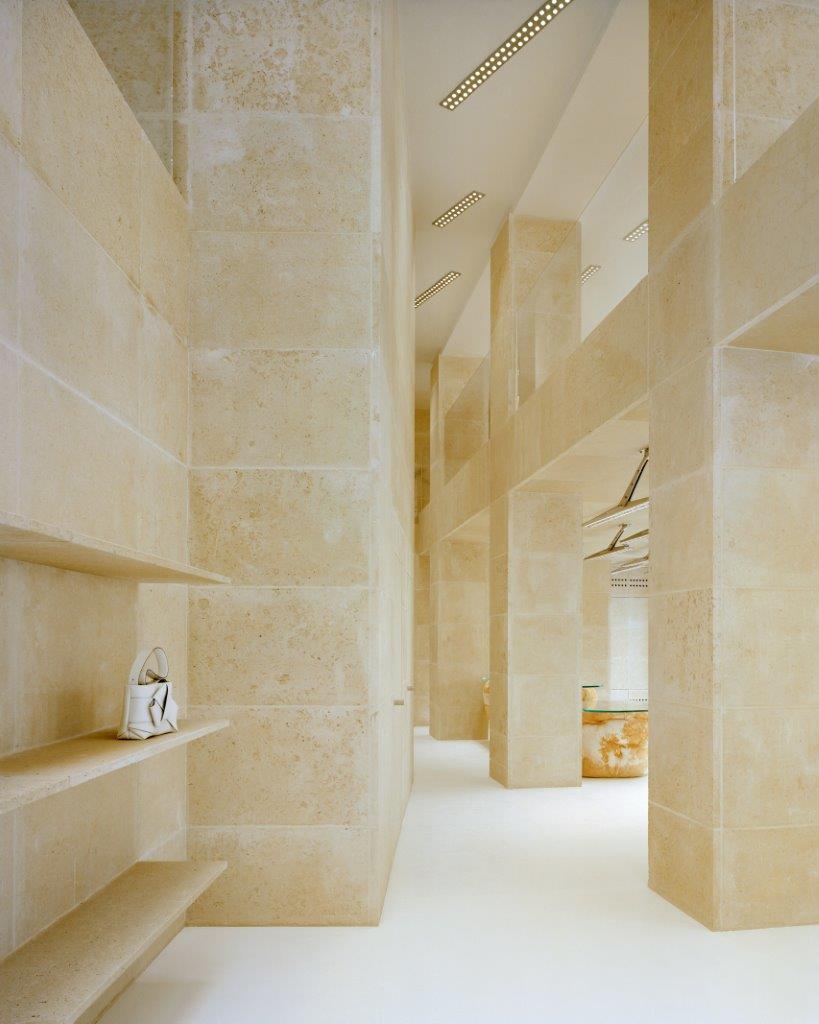 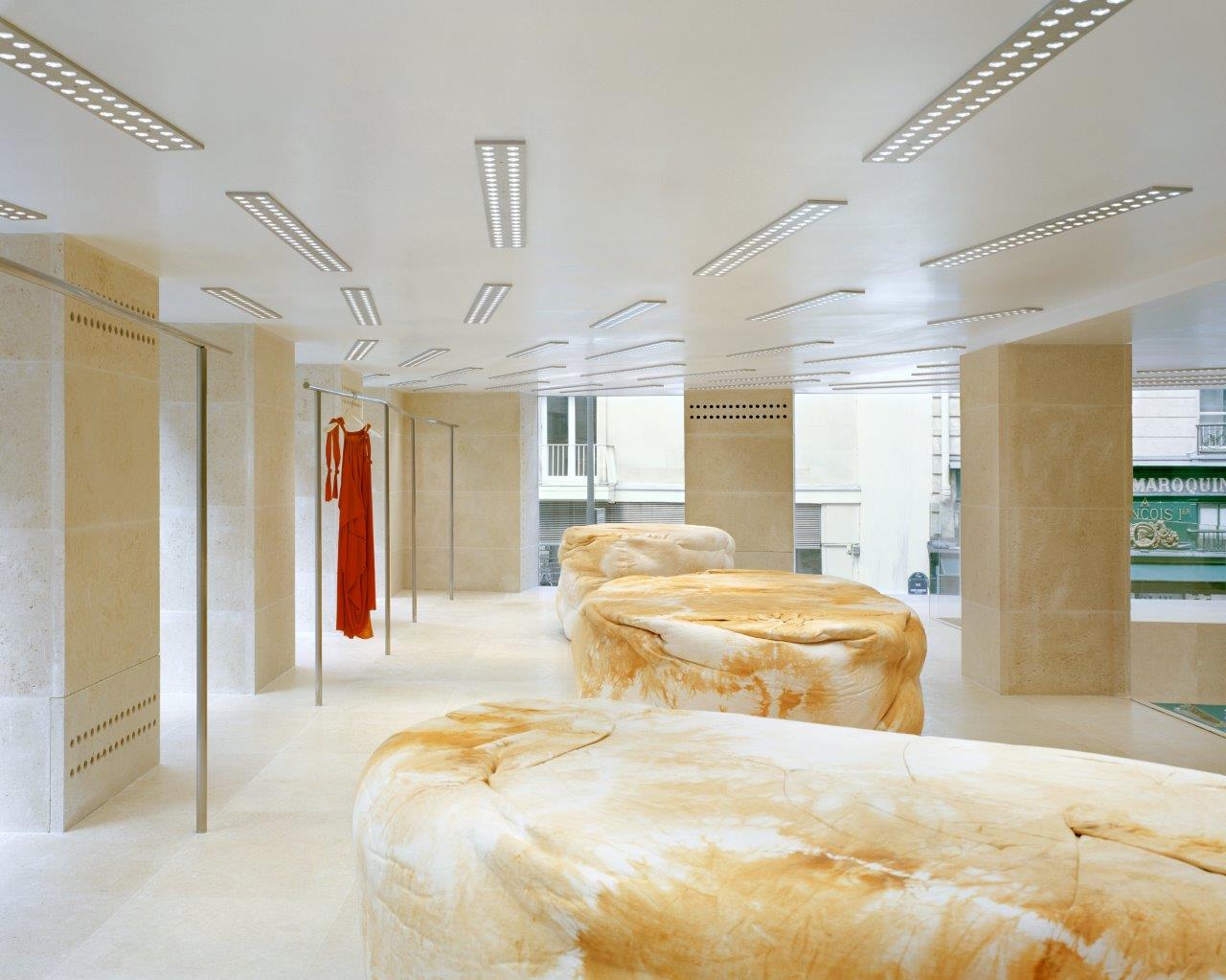