Eileen Agar, who mixed with the likes of Lee Miller and Picasso, and was pictured dancing on interwar-era rooftops in see-through dresses is the inspiration behind the Erdem Pre-Fall 2022 collection.

“I’m fascinated by her ability to take the mundane—the un-extraordinary—and make it extraordinary: taking a collage of very English geraniums and cutting it up and creating a large surreal hand out of it, or creating the strange hat that the V&A has, which is made out of gloves,” said the designer—pristinely clad in a delicate dusty blue roll-neck from his first-ever men’s collection—during an appointment in London. “She always wore these very controlled, nipped-in silhouettes, but her universe was very chaotic. I’m fascinated by those whose universe is chaotic when they themselves are extraordinarily controlled.”

Moralioglu translated Agar’s wardrobe into largely 1940s-influenced shapes and filled them in with the clashing, graphic sense of her work. He colored those nipped-in silhouettes with printed patchworks, geranium motifs, and a wealth of sequins and crystals and pearls, and put rigid, regal ruffs on unexpected dresses. It wasn’t as wild as it sounds—after all, this was a pre-collection—but within the ladylike romanticism that underpins his work, Moralioglu made some pretty grand statements.

British art history is home turf for Moralioglu, who knows exactly how to create the ideal recipe for a pre-collection like this one. But after his investiture and his 15th anniversary in September, there’s also a heightened confidence to his work, which shone through in the garments. 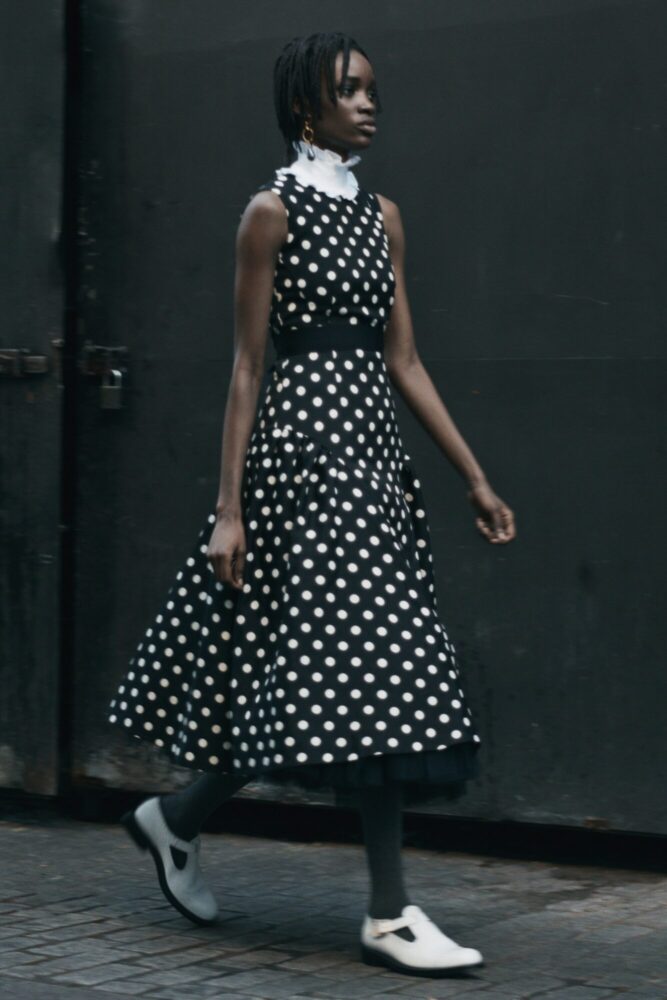 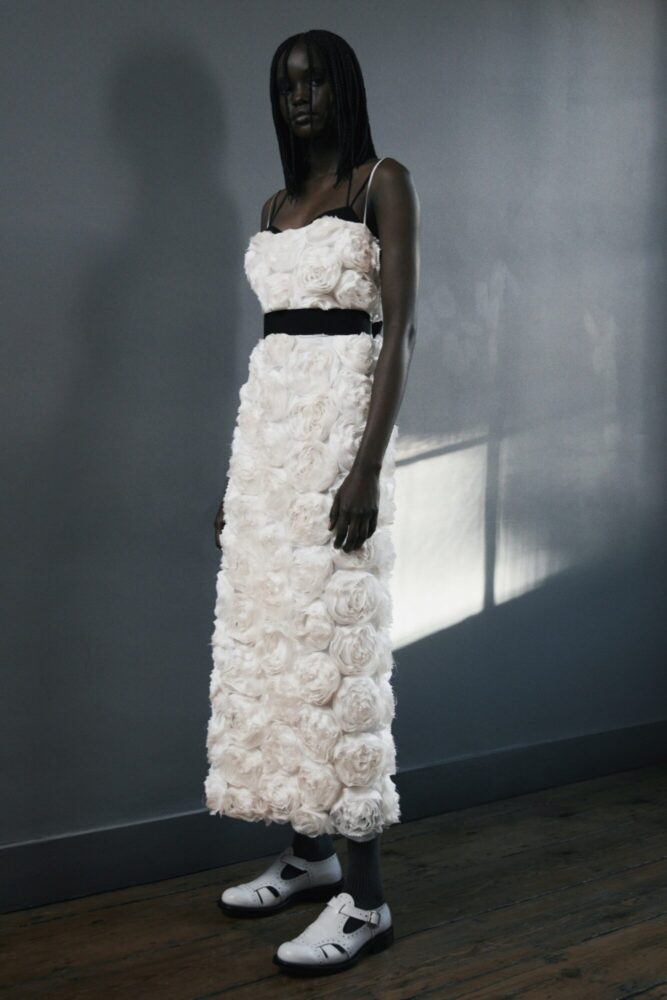 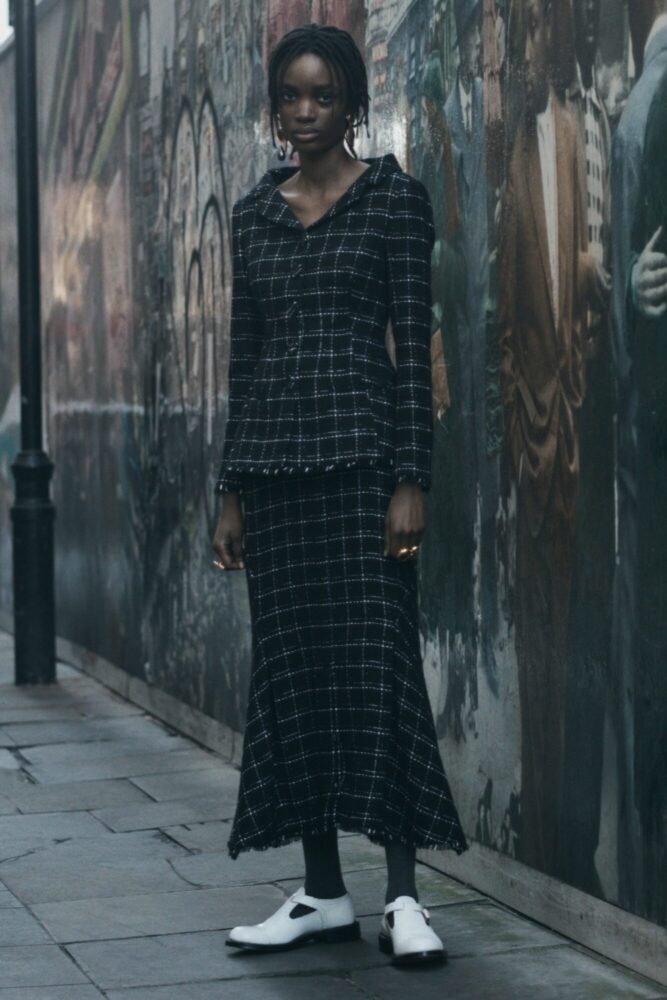 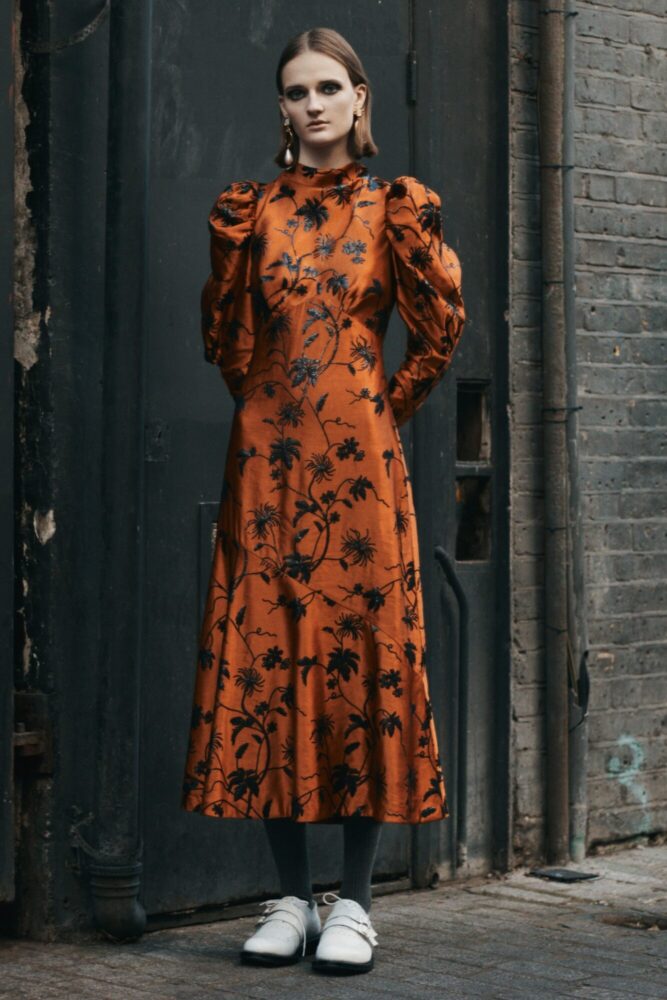 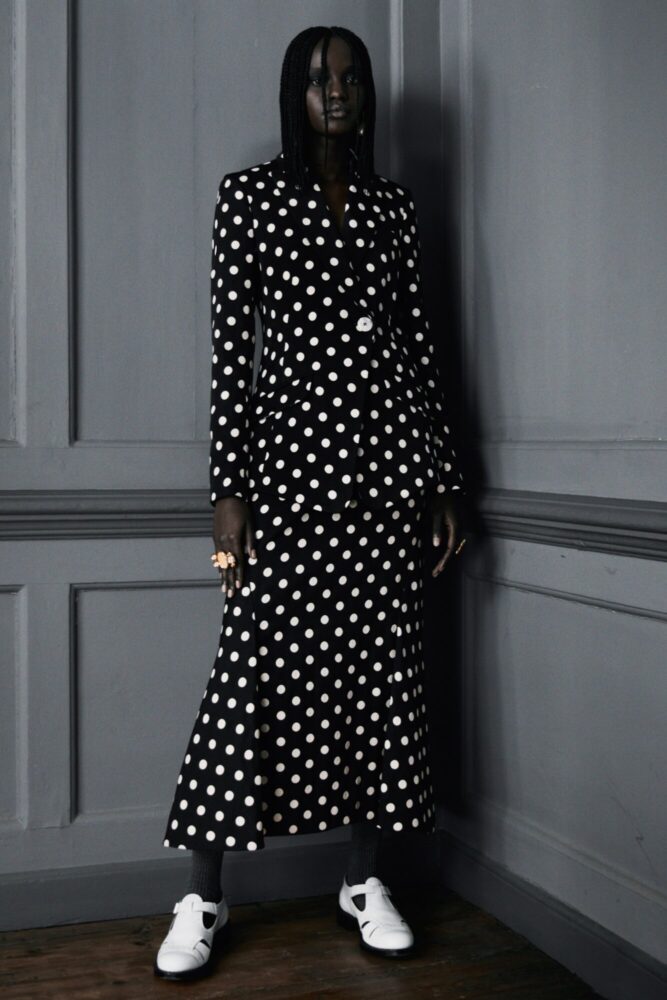 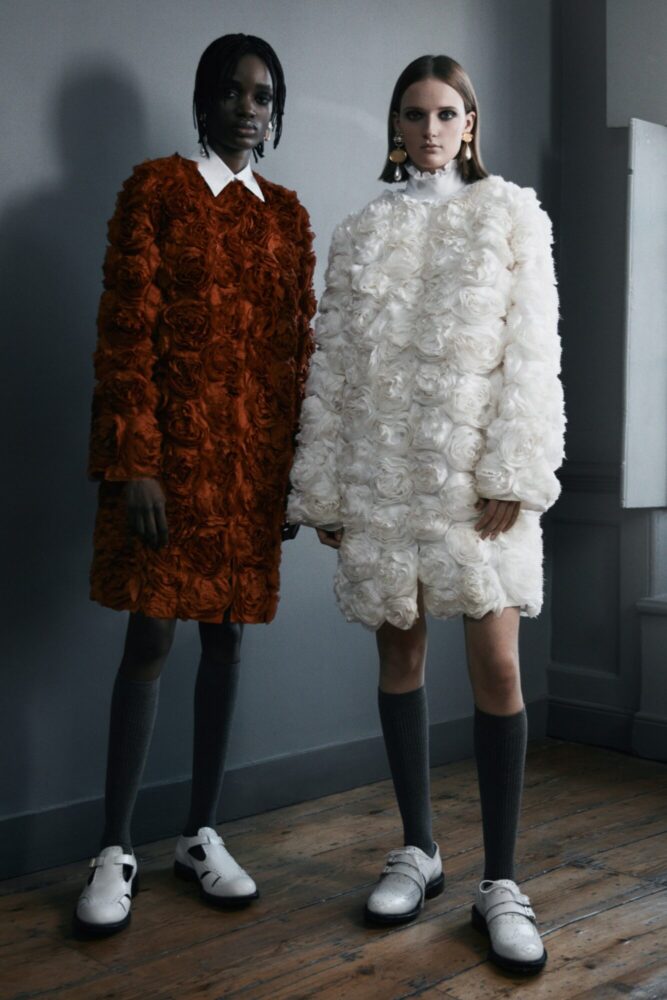 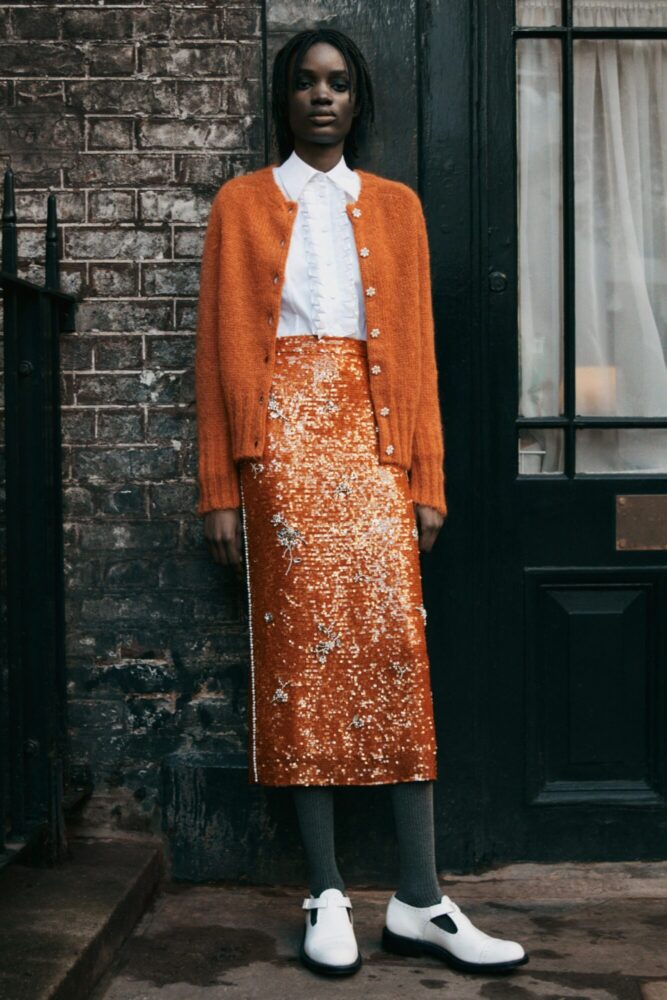 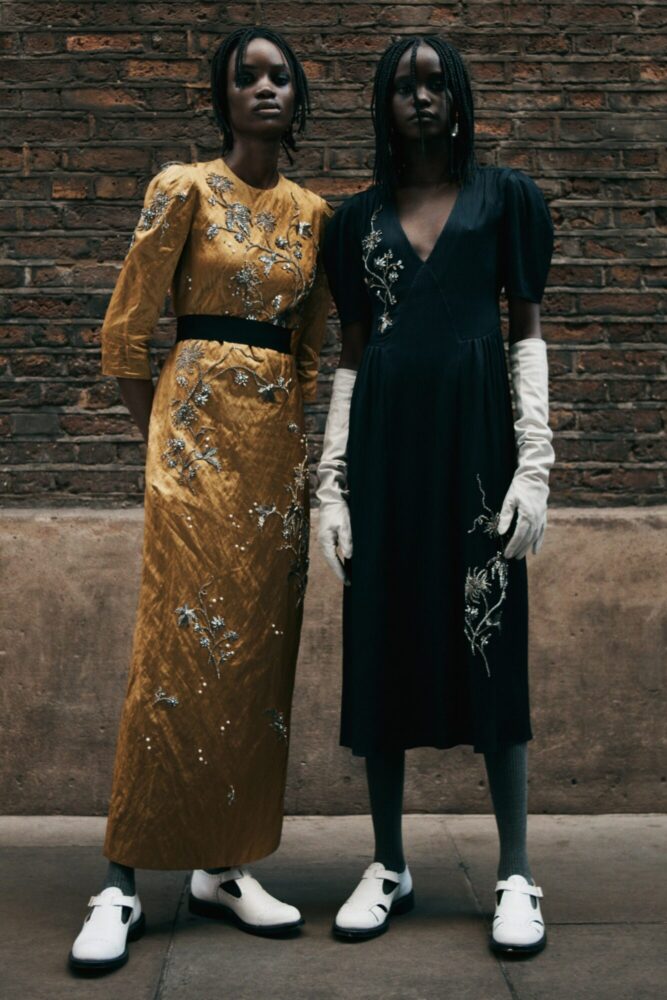 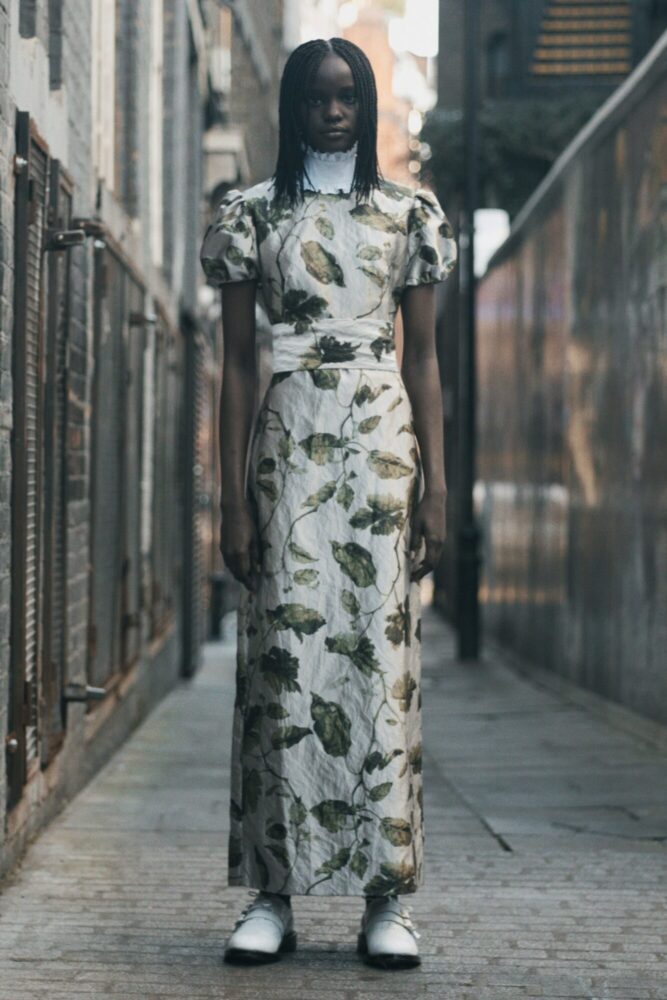 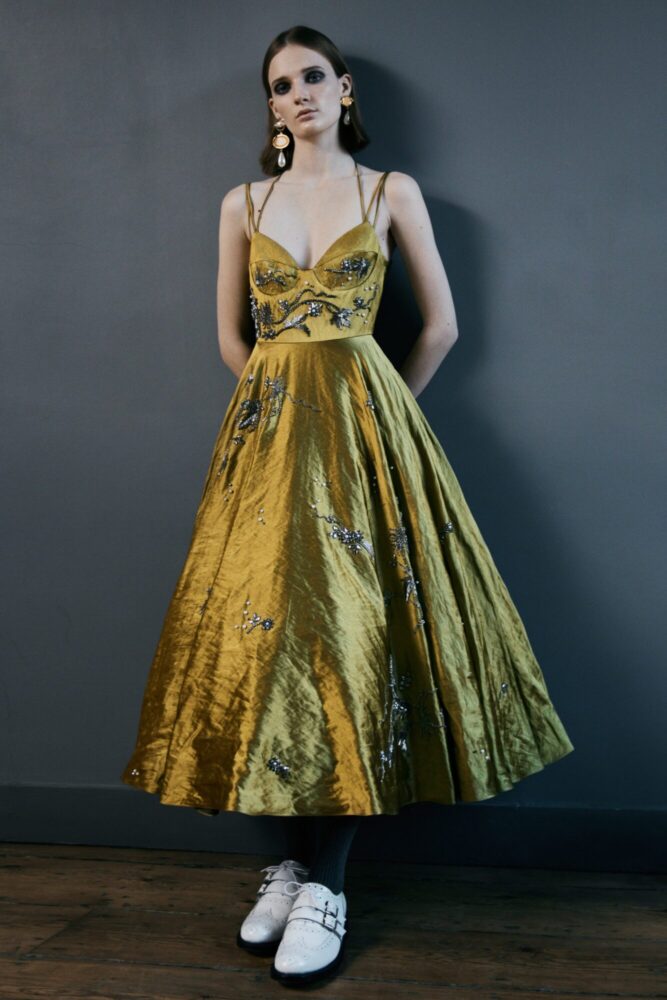 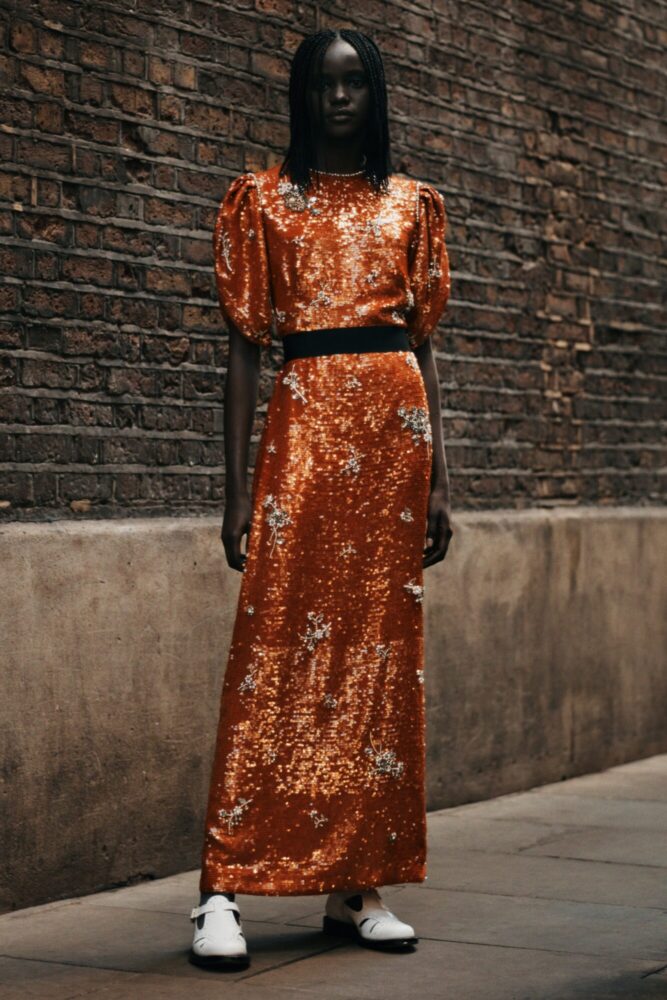 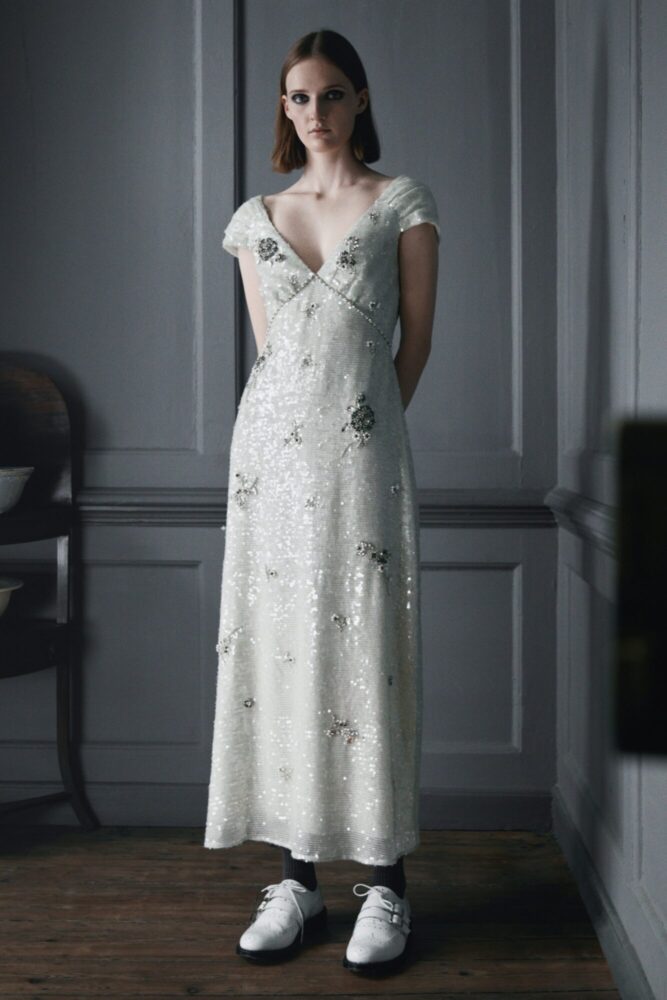 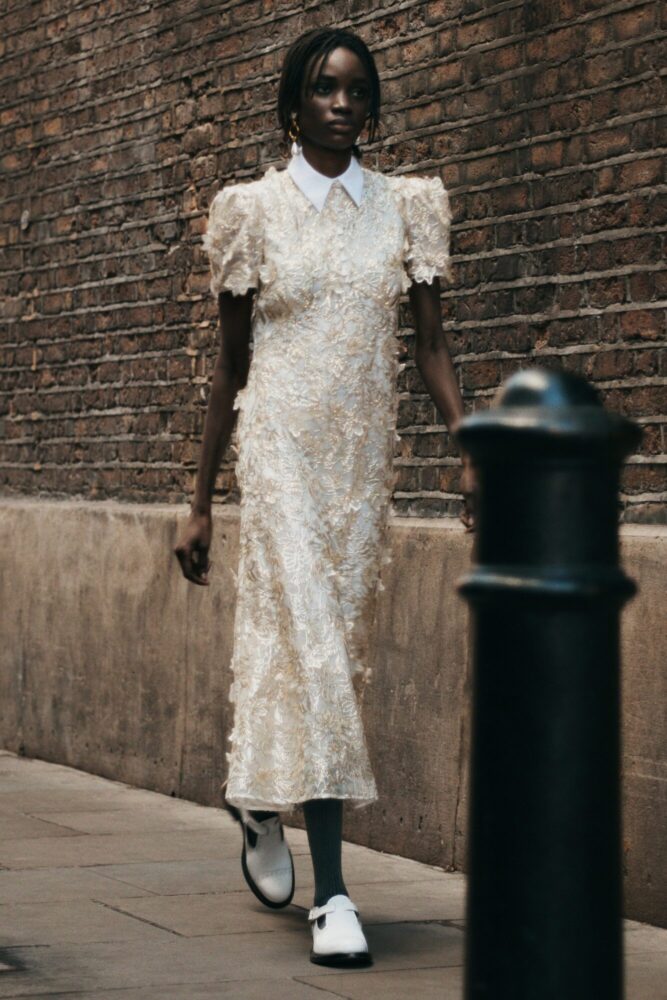 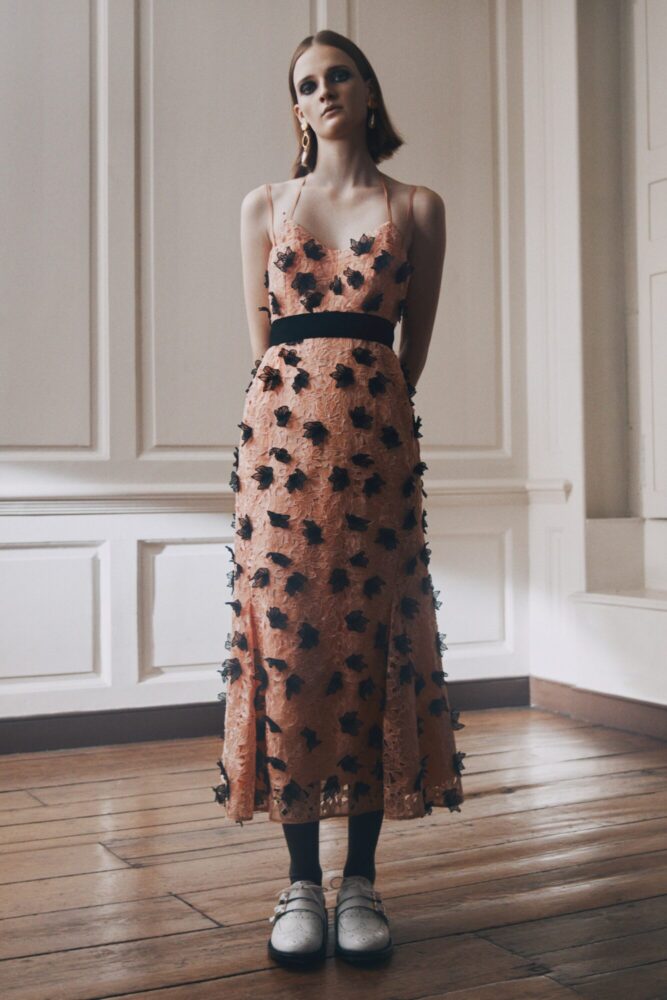 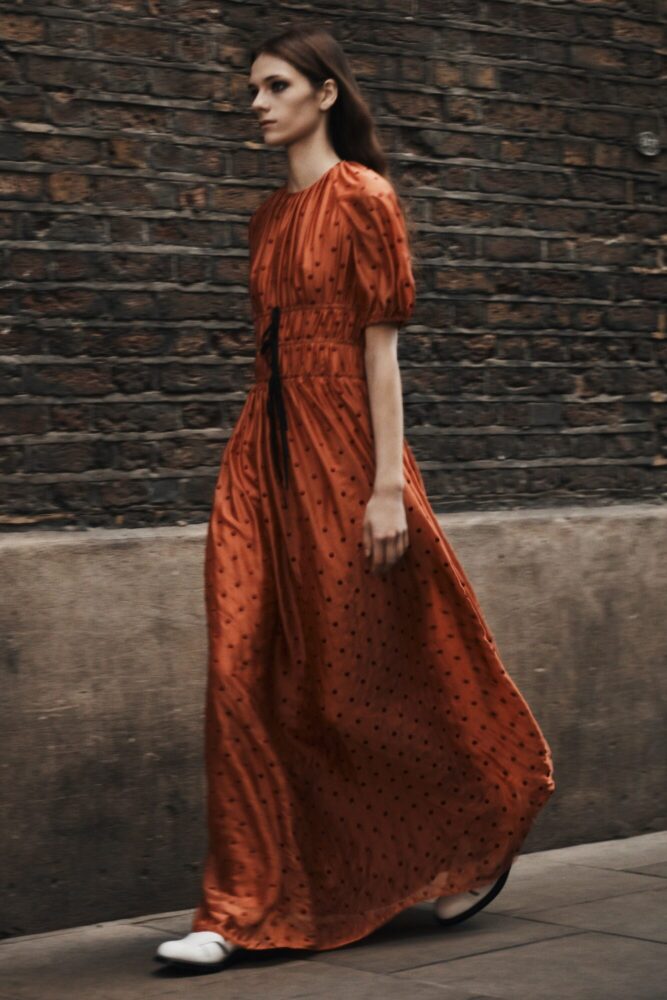 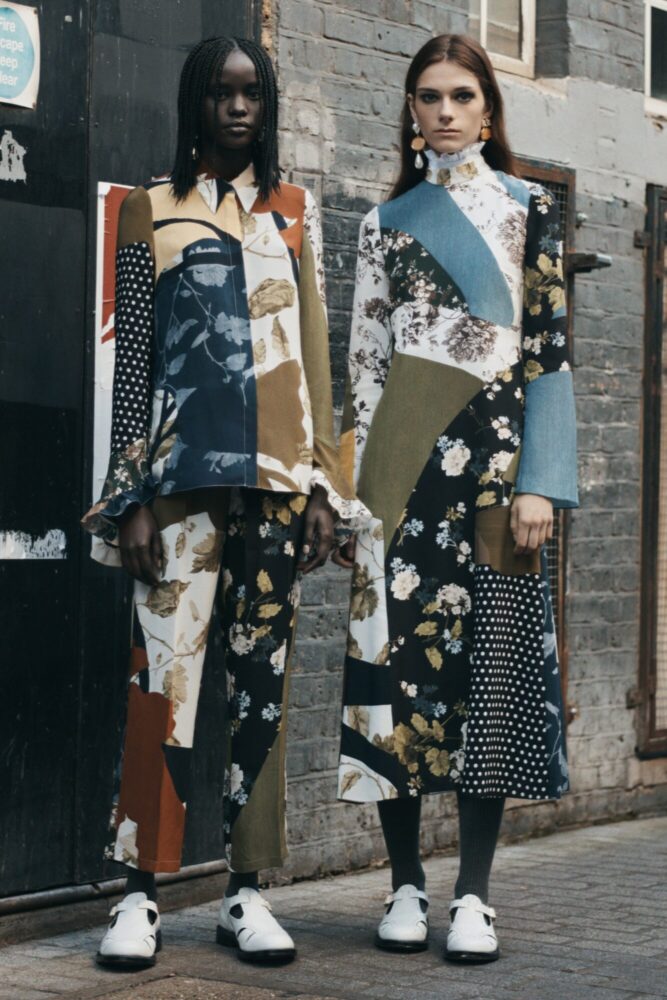 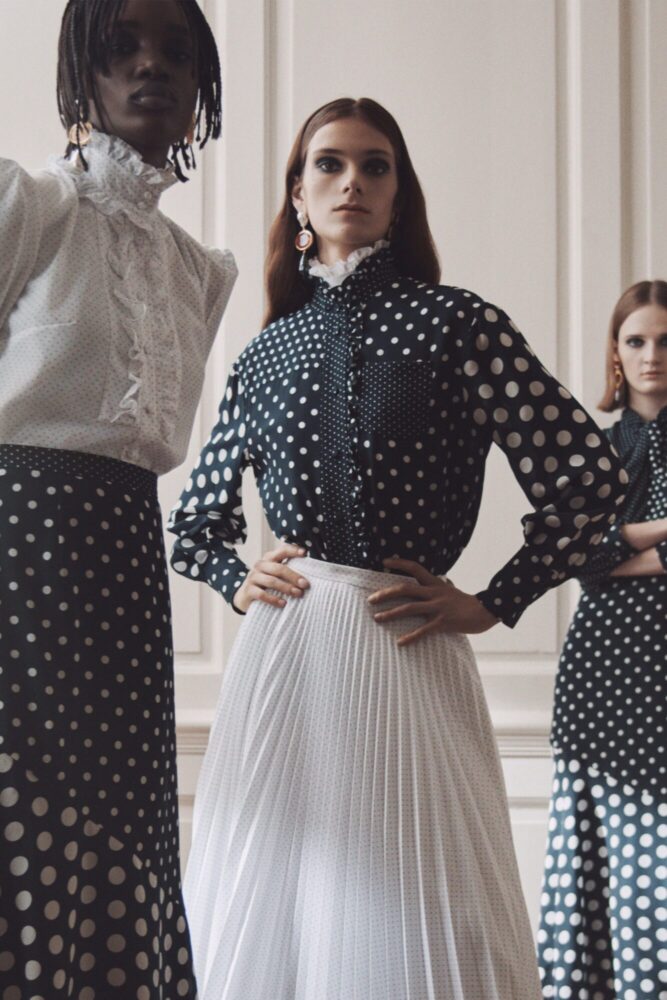 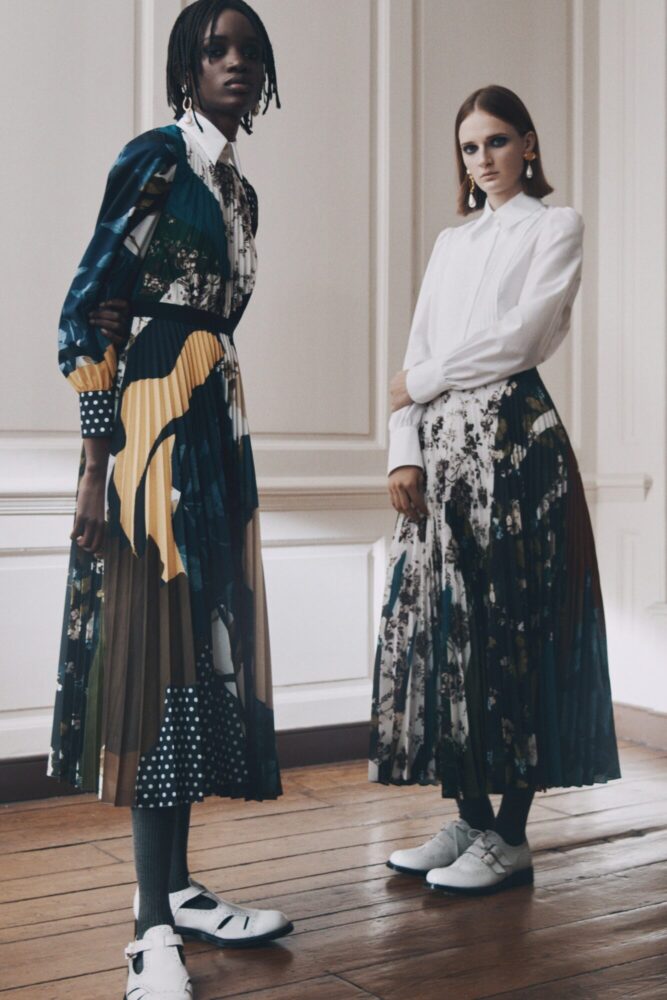 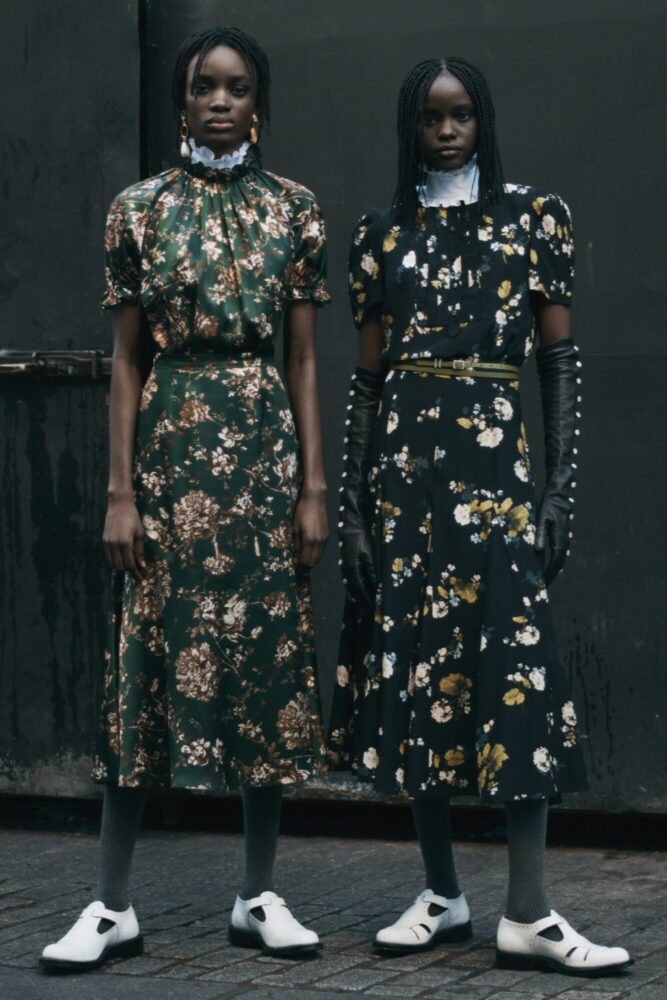 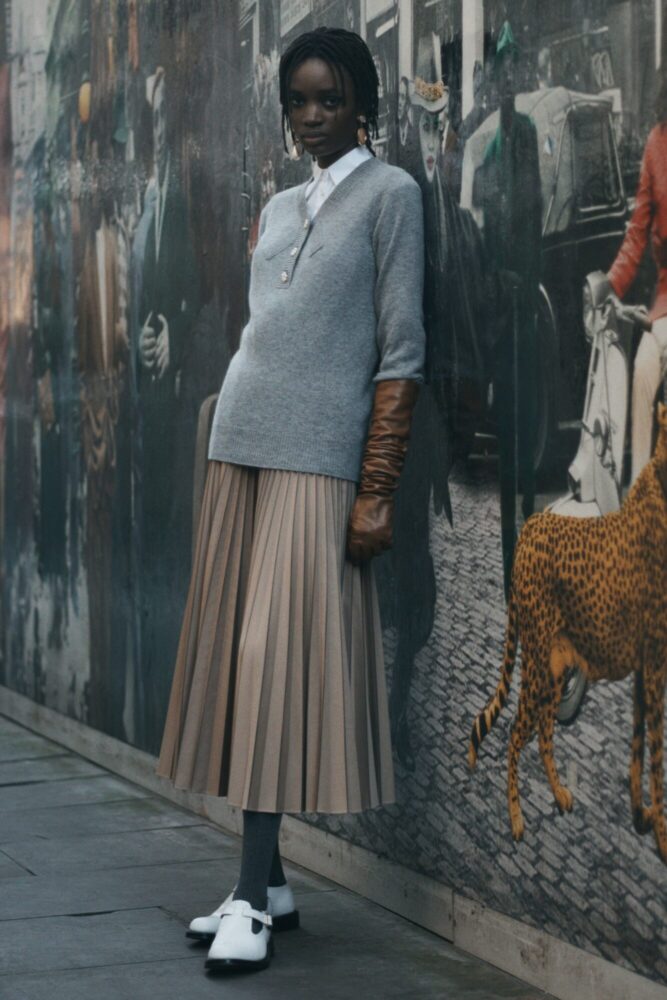 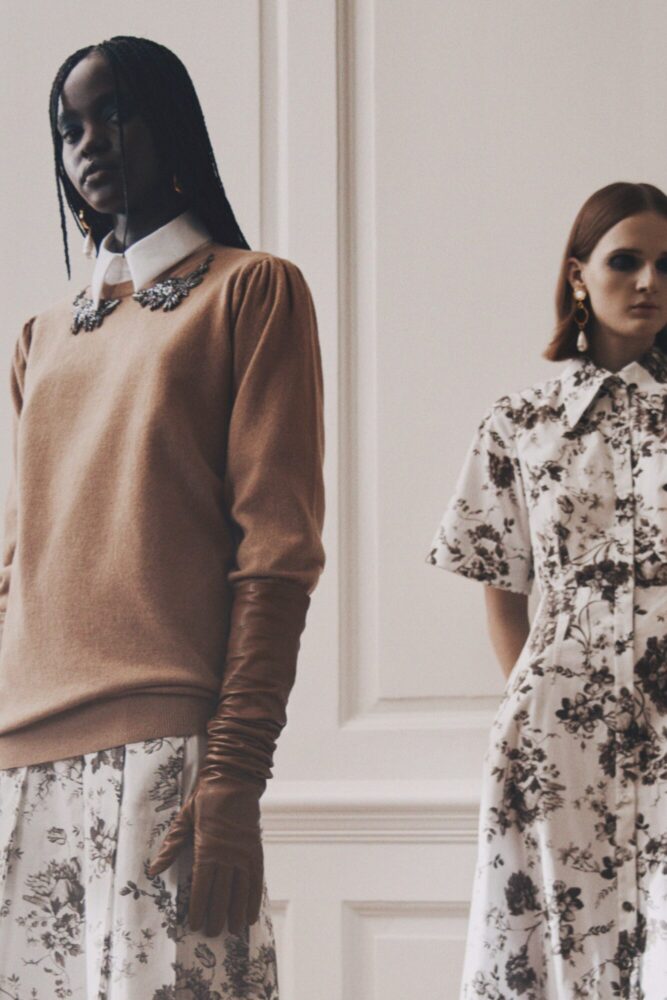 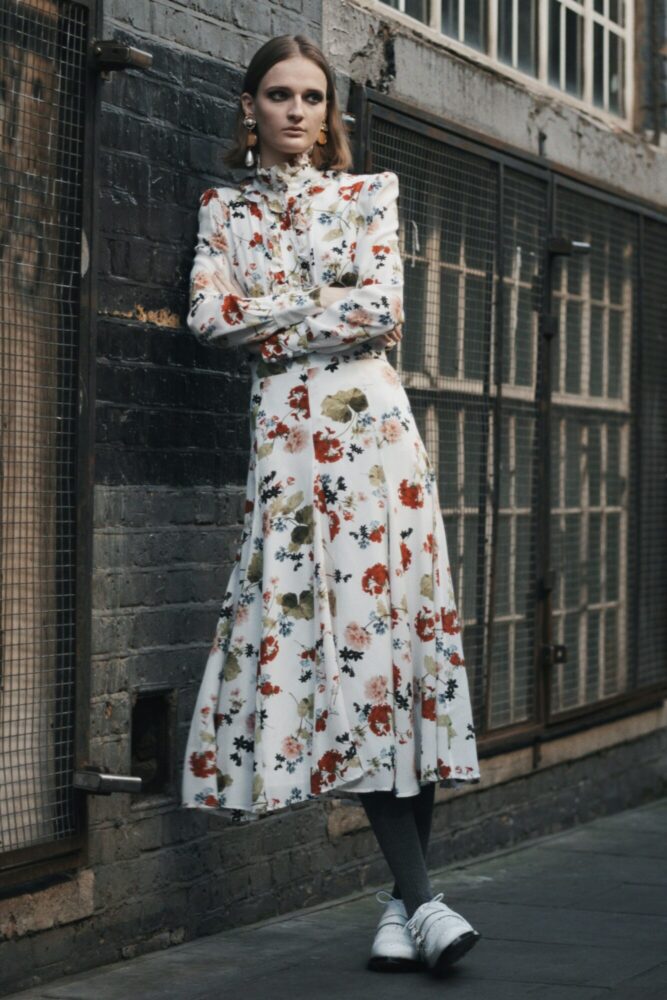 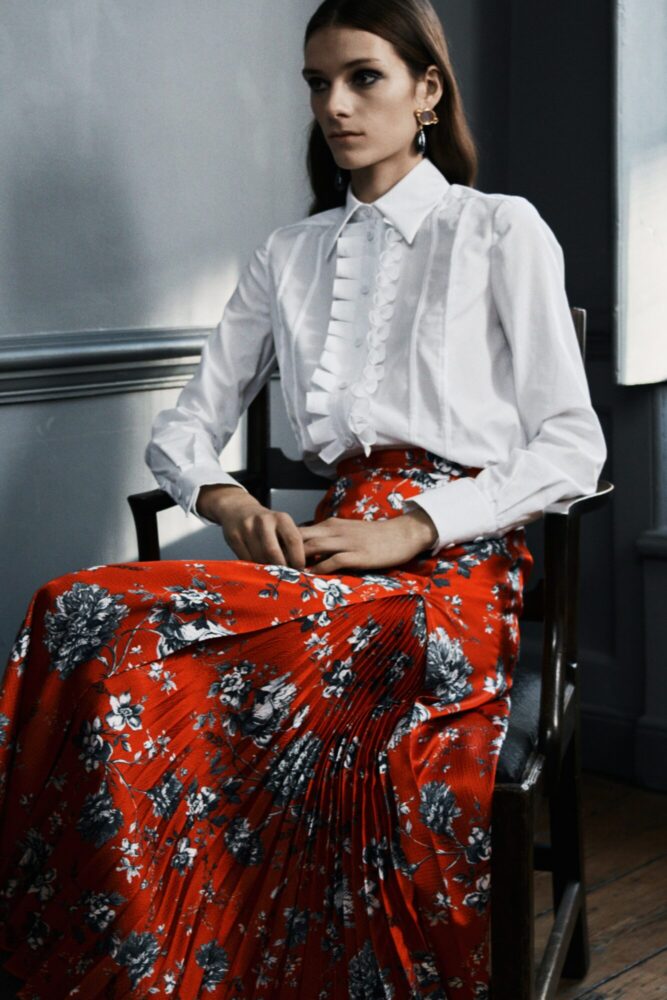 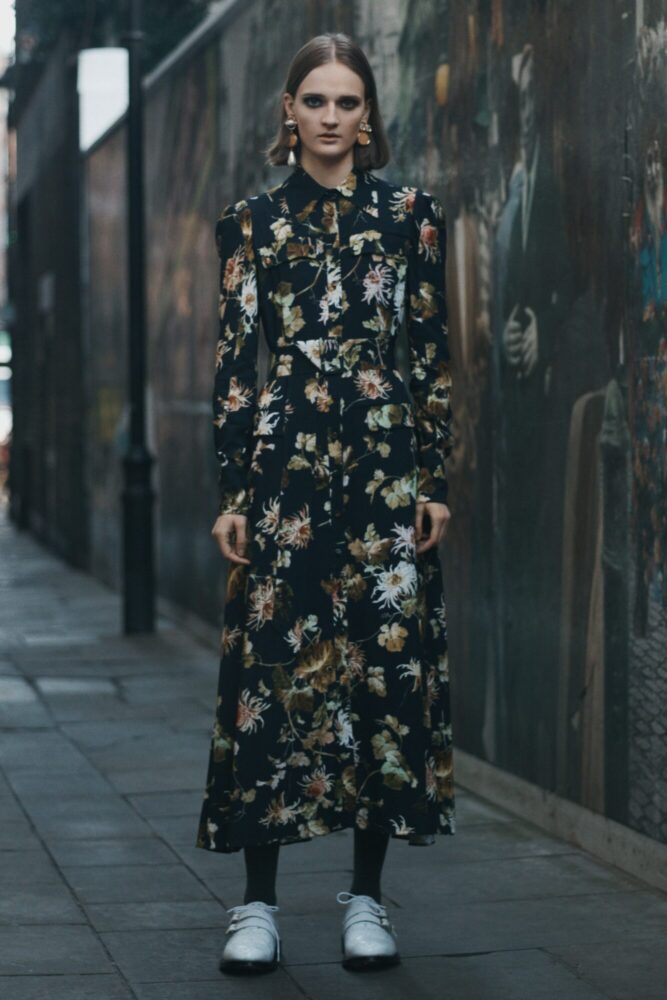 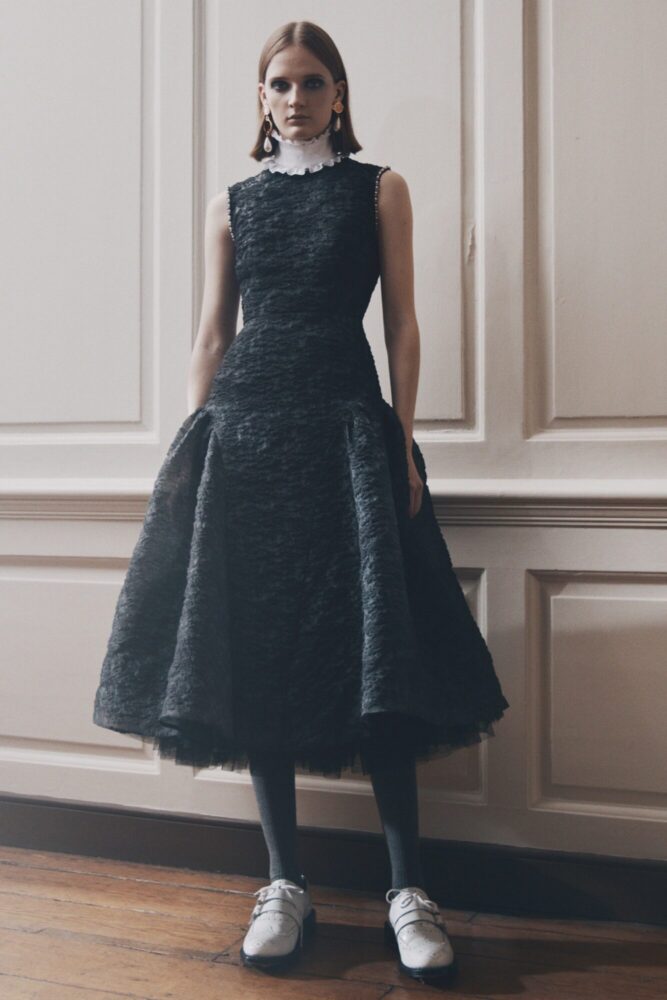 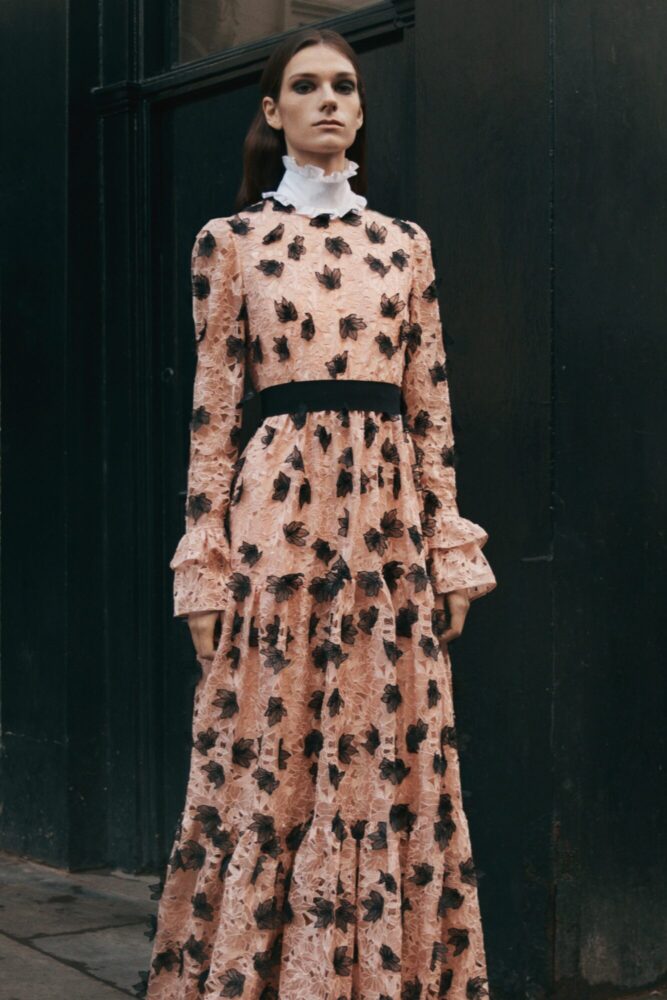 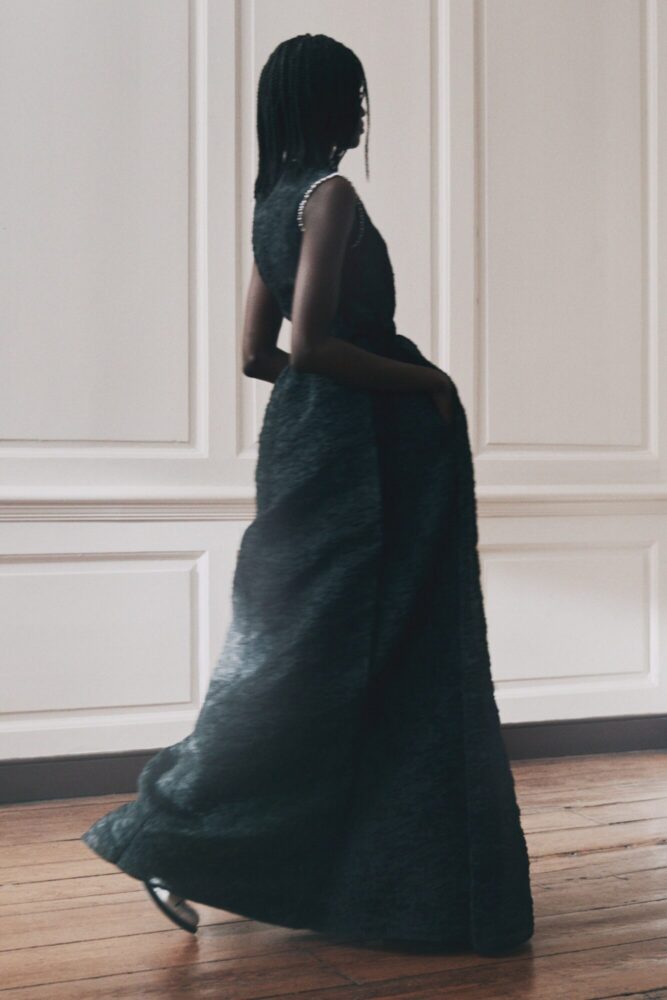