A key theme within the Gucci 100 collection takes its cue from a number of songs that mention the brand.

Conceived as a tribute to celebrate the centennial of the Maison, Gucci 100 manifests a deep connection between two universal languages, the language of clothing as an expression of personal identity and the language of music that recalls a collective memory.

“The centennial, for me, represents an opportunity to bear witness to Gucci’s eternal vitality that year after year, is reborn, it renews itself, reestablishing an unusual relationship with contemporaneity as a boy, forever young, observing the world with a powerful vision. I recognized the manifestation of its youth in its having intercepted and traversed, for one hundred years now, popular culture in all its forms. Above all, in music: the only medium, aside from fashion, more reactive to the times that mutate and mark the new, the today, the now,” Alessandro Michele.

It all begins with reflections on a number: 22,705. This is the extensive number of songs in which the word ‘Gucci’ appears among the lyrics from 1921 to date according to Musixmatch, the Music Data Company that manages the world’s largest archive of music lyrics and that has collaborated with the Maison for this research.

“It isn’t a revisionist attempt to rummage through the past: if anything, mine is a ‘reverse’ revisionism of the House’s history, stitched back together by a piercing note, a melody, a refrain. Also because, if I were to depict Gucci, for me it would be an eternal teenager who hangs out at places where music is heard and played,” continues Alessandro Michele.

Ready-to-wear and accessories feature the Gucci 100 logo or are adorned with verses from three songs chosen by Alessandro Michele from among the countless tracks that mention the brand: “Music is Mine Gucci Seats Reclined”, from the song “The R” (1988) by Eric B. & Rakim, “This One’s Dedicated To All You Gucci Bag Carriers Out There It’s Called You Got Good Taste” from “You Got Good Taste” (1983) by rock band “The Cramps” and “And The Men Notice You With Your Gucci Bag Crew” from Amy Winehouse’s “Fuck Me Pumps” (2003).

Jazz, Psychedelic, Japanese Punk, Disco, Hip Hop, Afrobeat: these genres serve as the musical backdrops to a century-long journey in which a cast of characters moves through an evolution of sounds, harmonies, movements, tastes, and styles. Shot by Joshua Woods under the creative direction of Alessandro Michele, the campaign channels love for life itself, the pleasure of conviviality, the beauty of dance, the overwhelming energy of music, the thrill of performance. Images that manifest, through their “analogic” charm, Gucci’s desire to express optimism and the pleasure of getting dressed as a shared moment of joy and amusement. 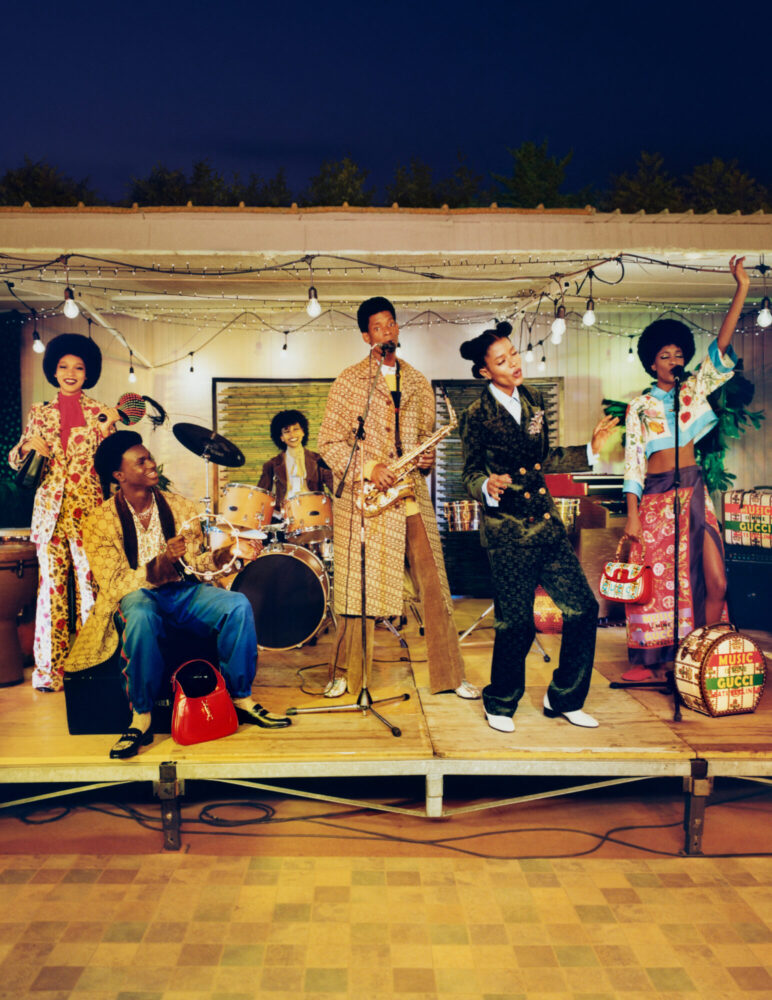 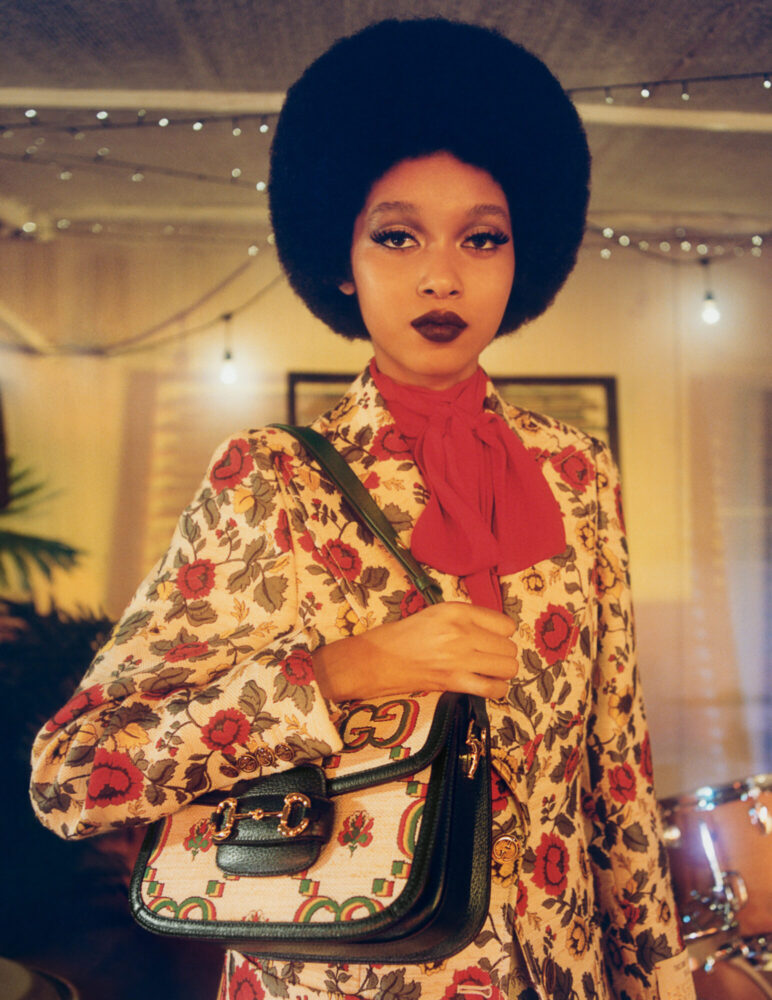 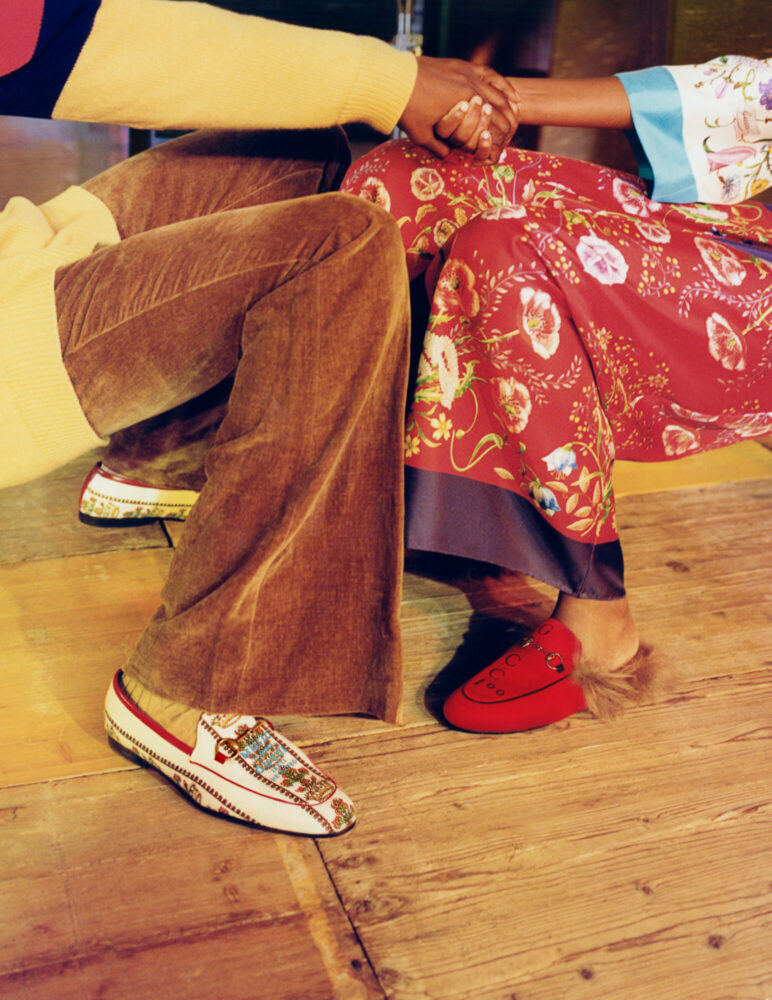 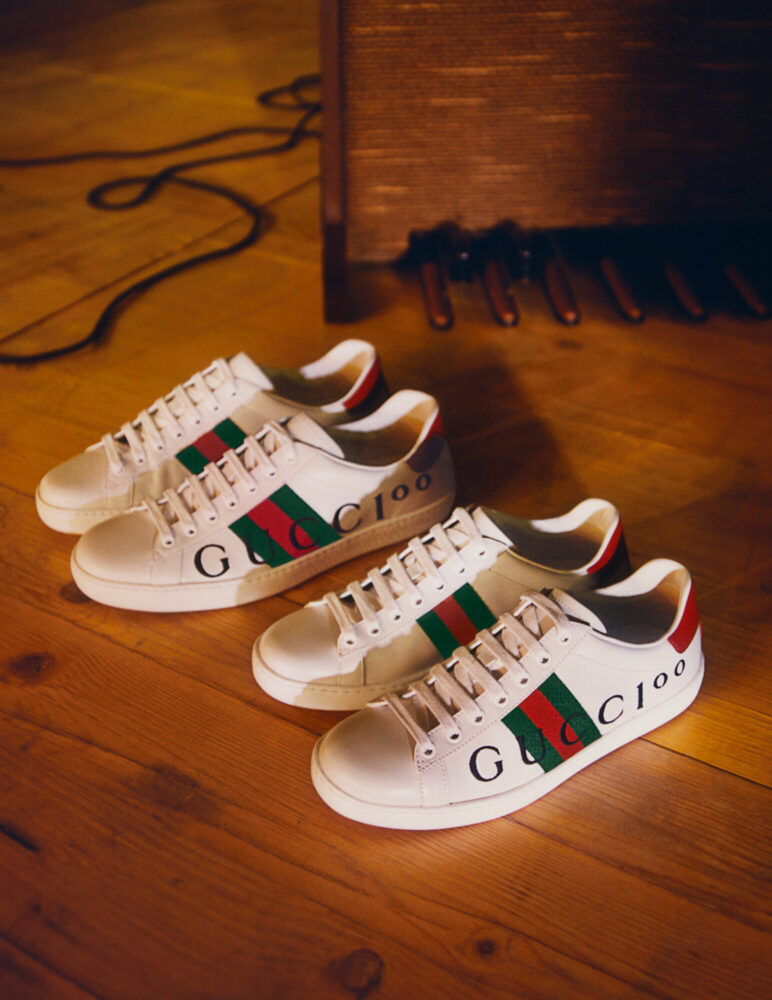 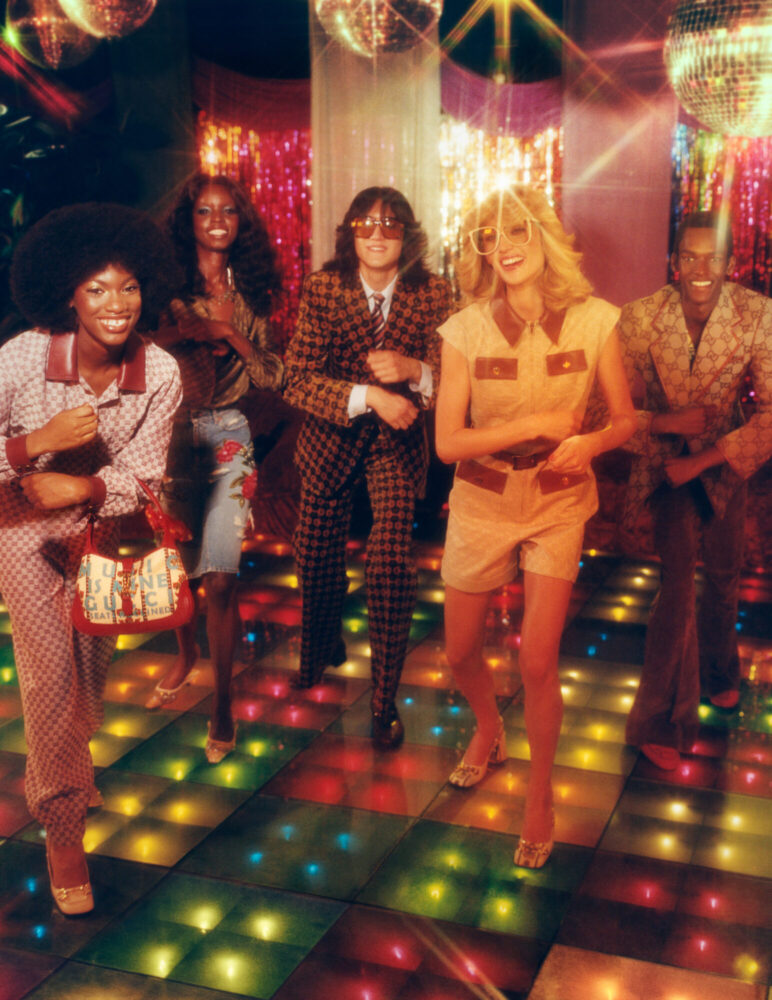 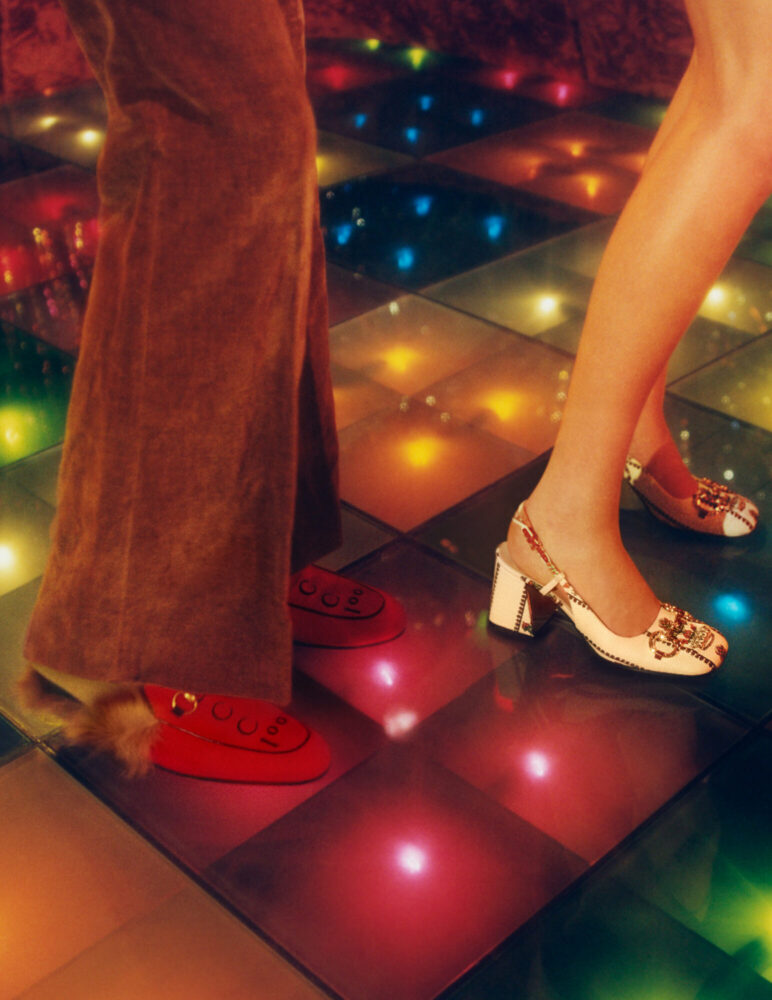 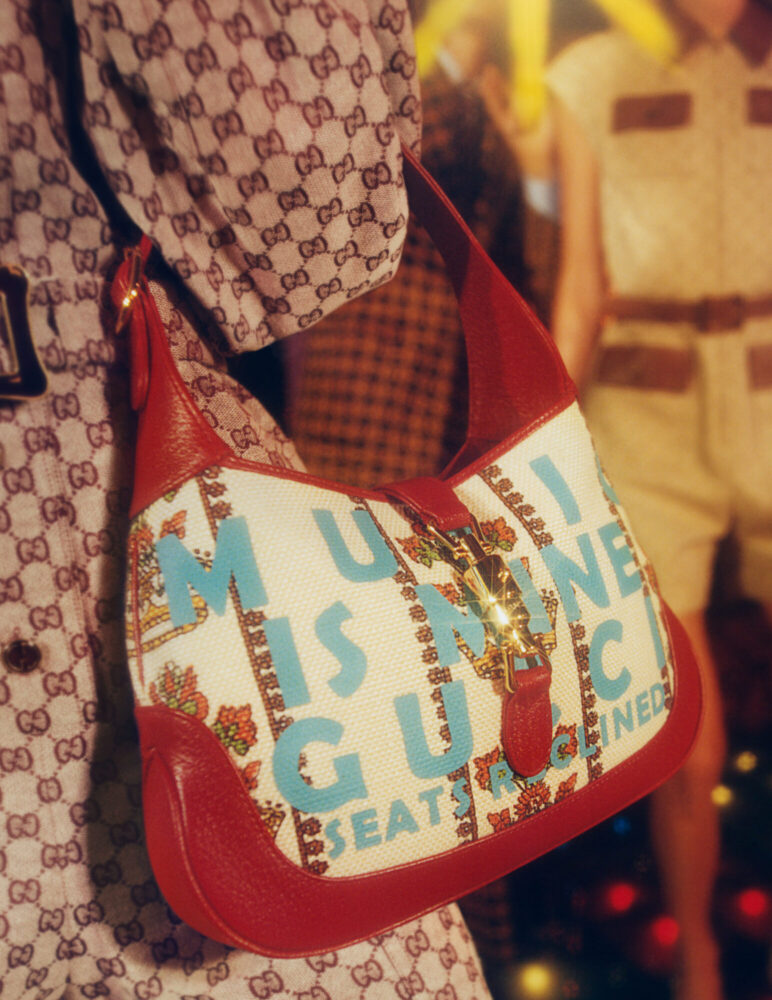 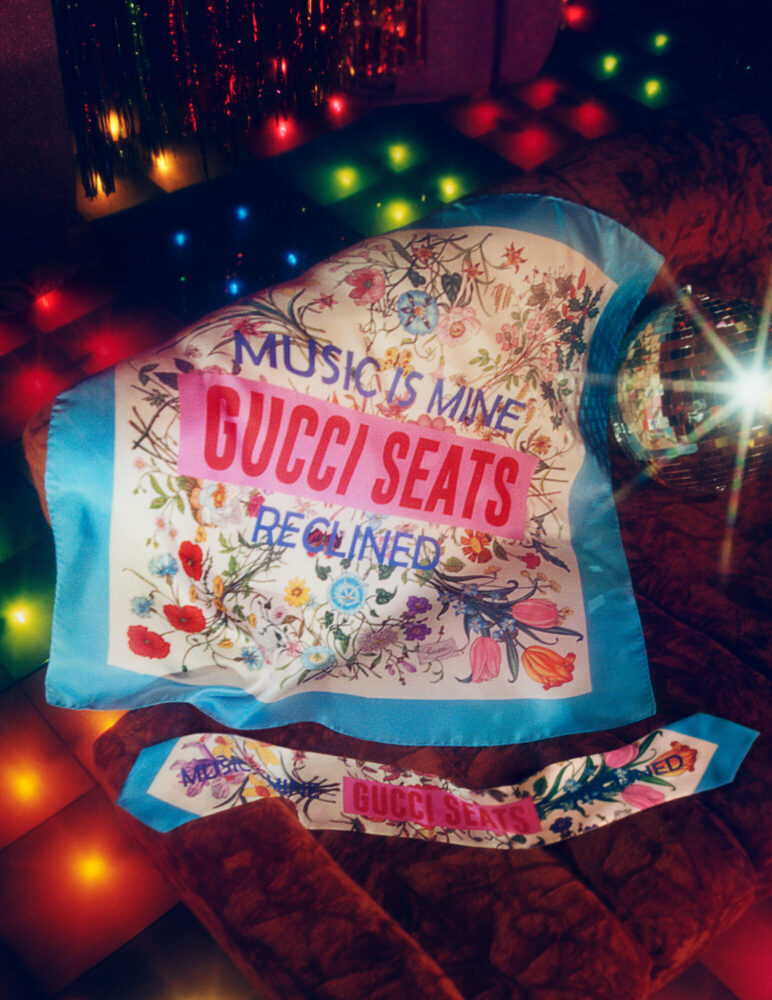 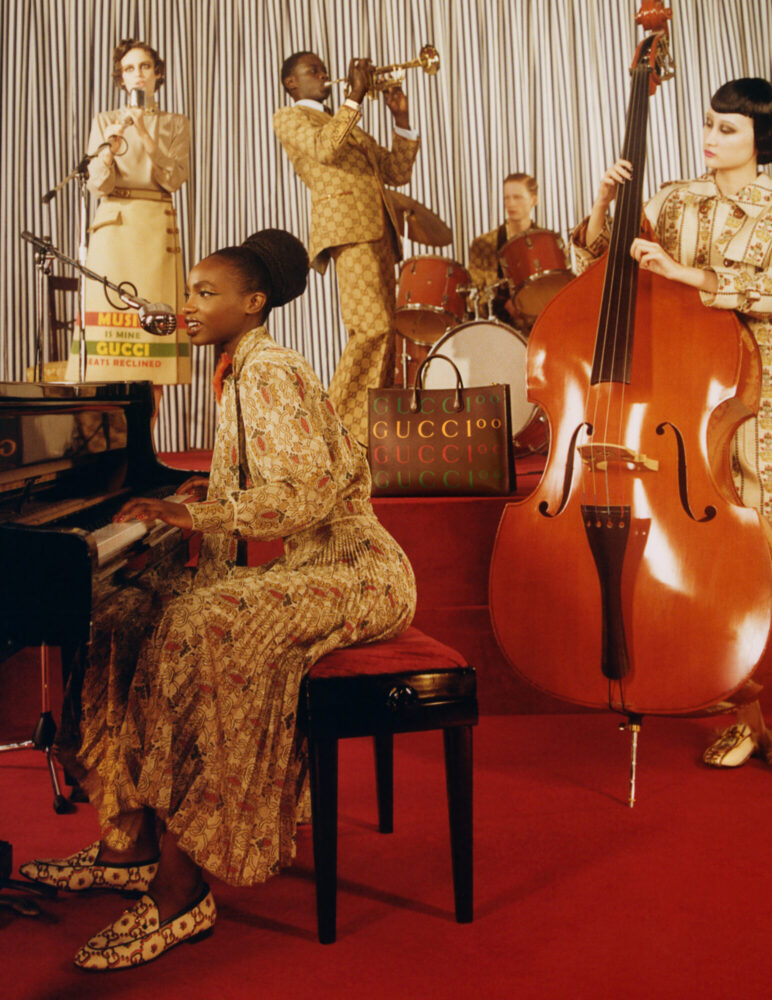 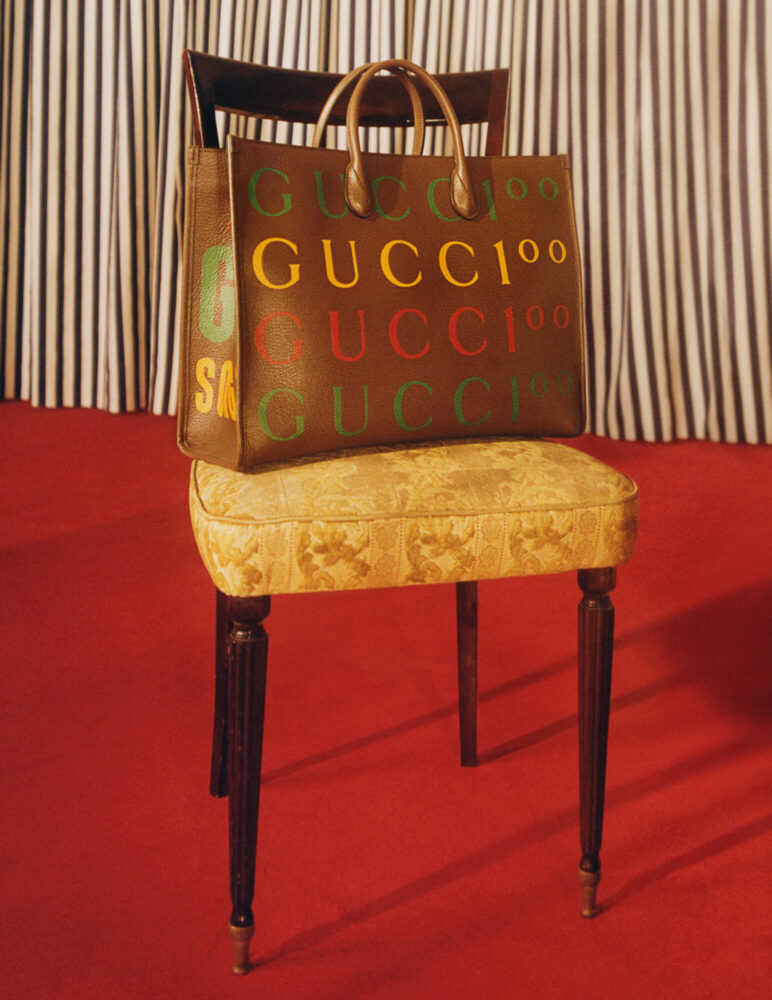 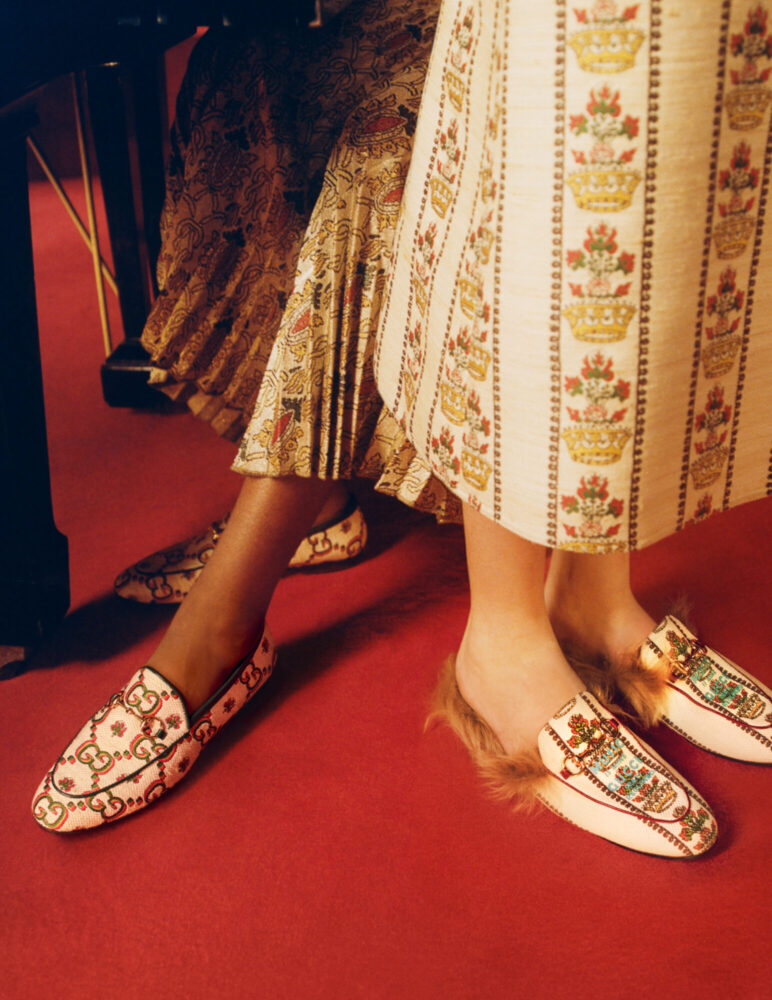 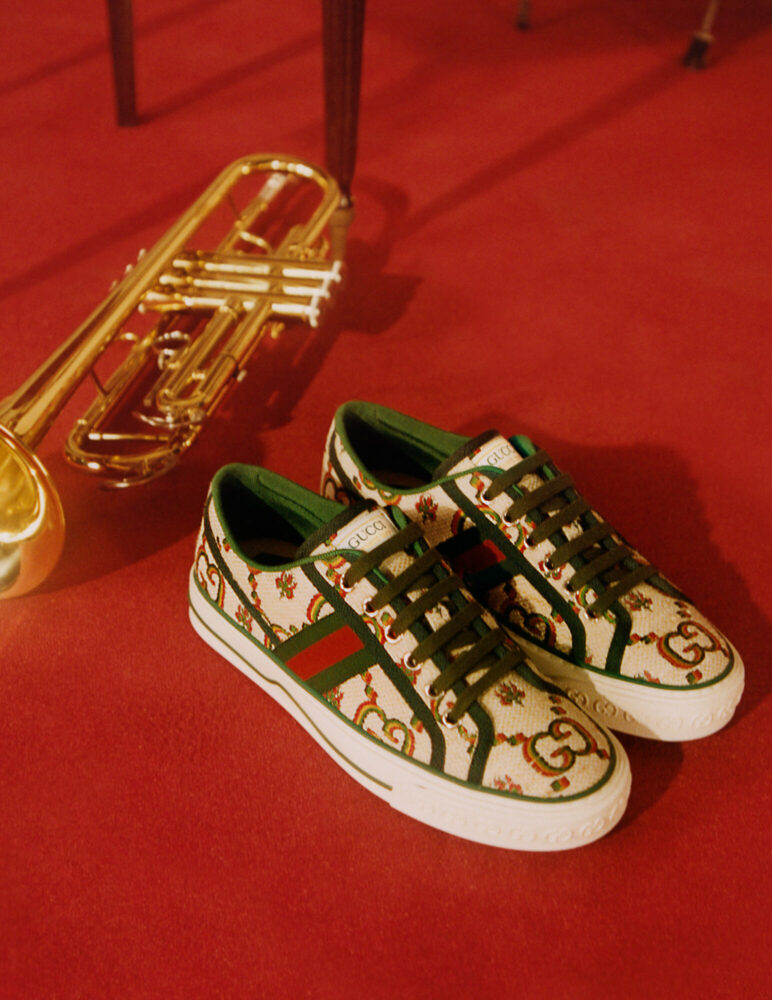 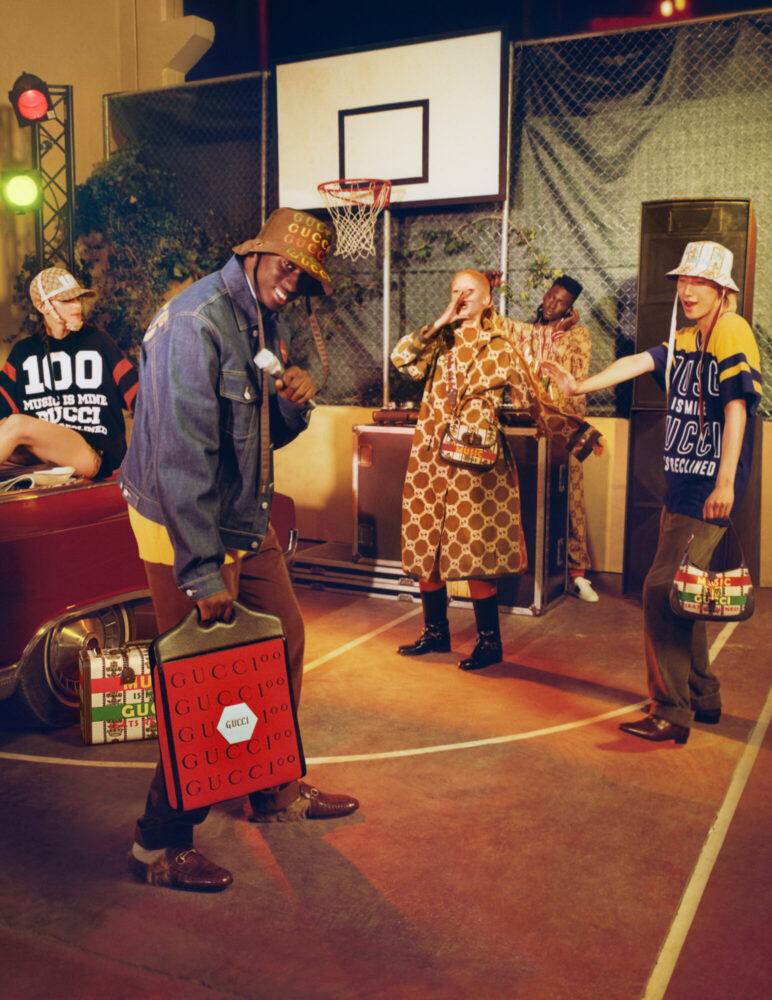 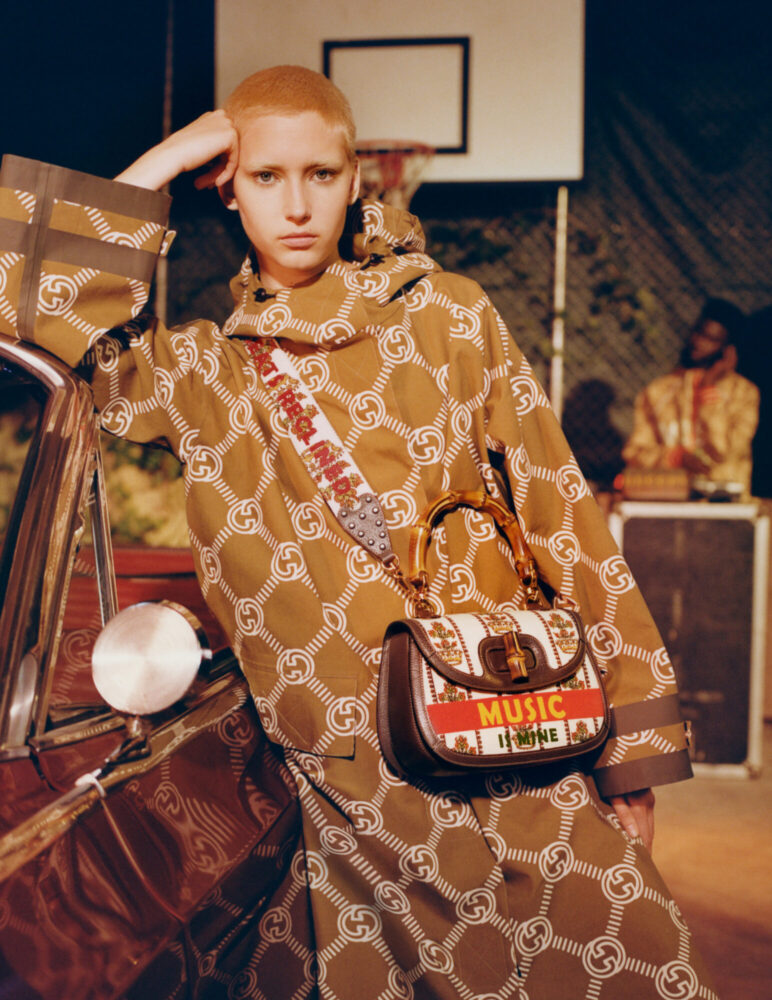 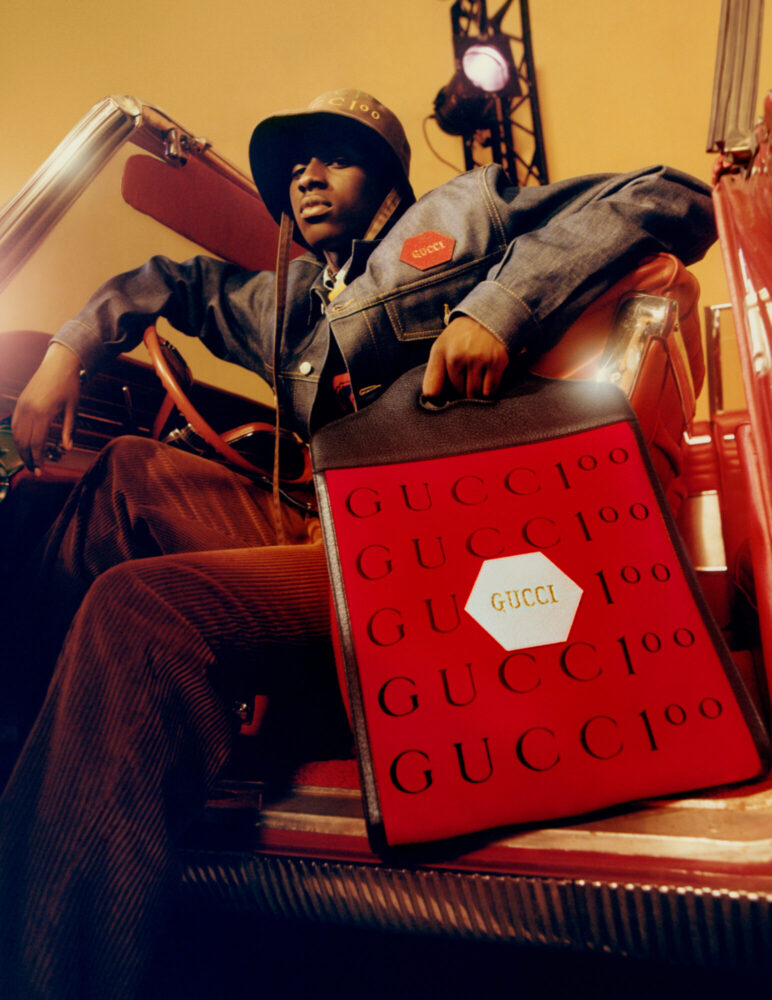 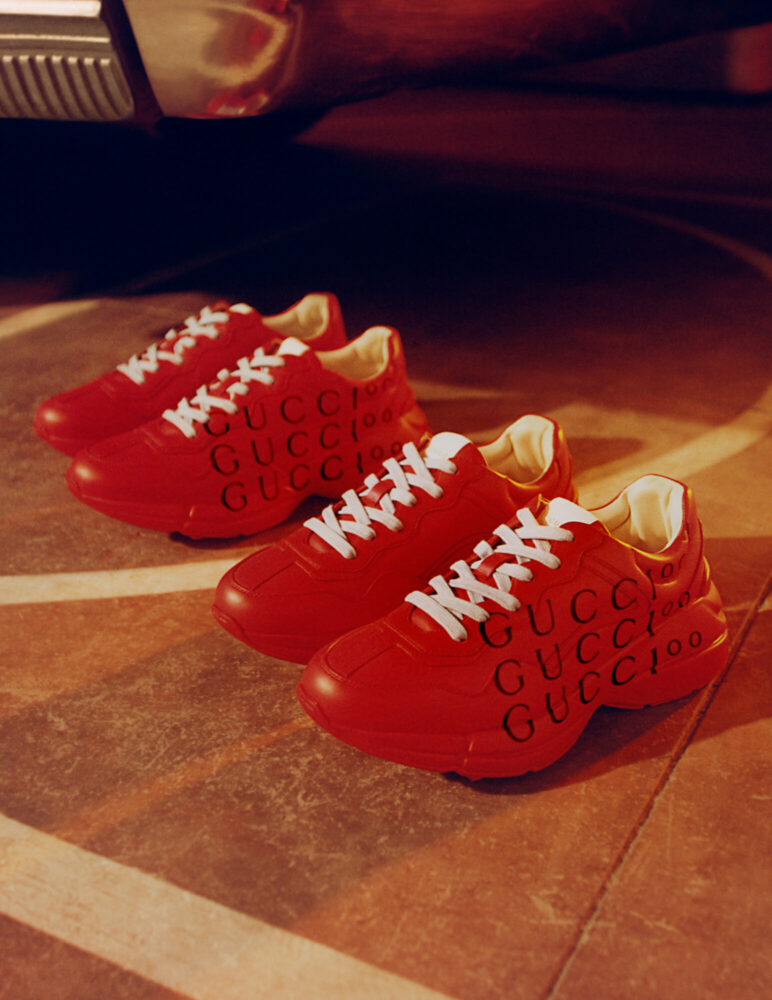 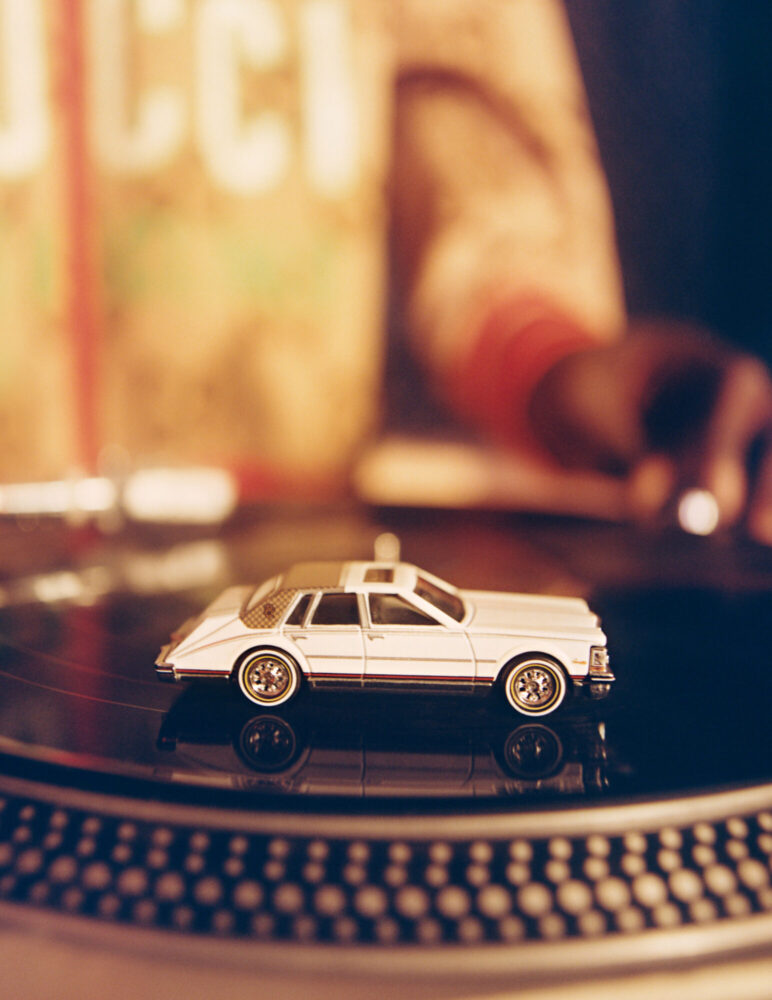 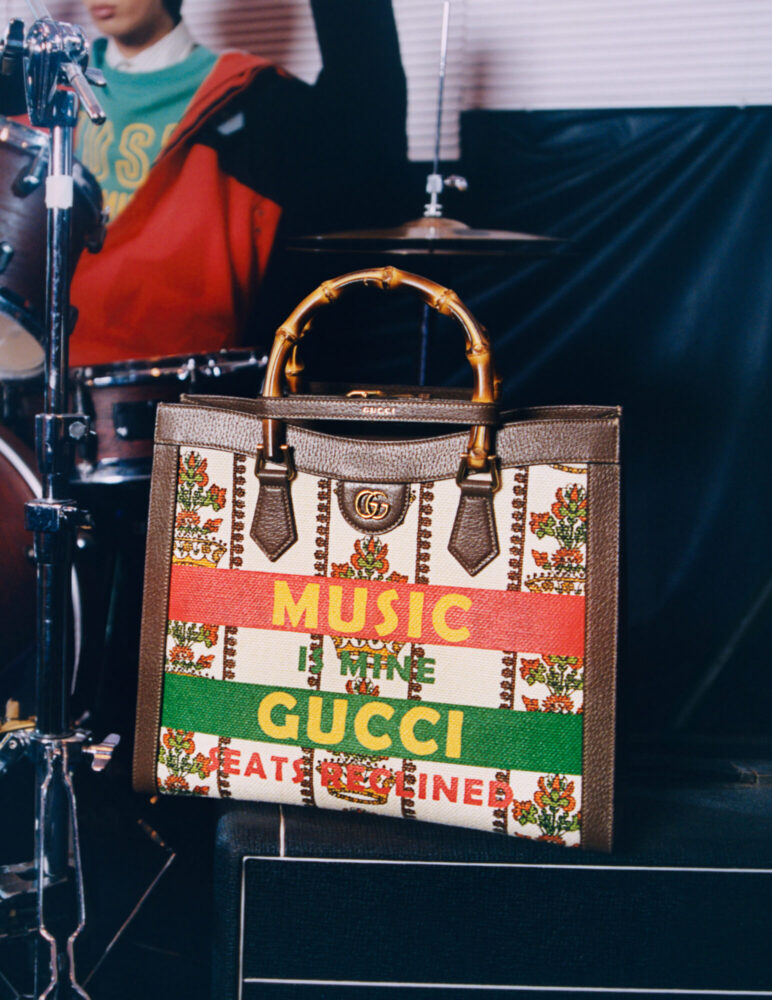 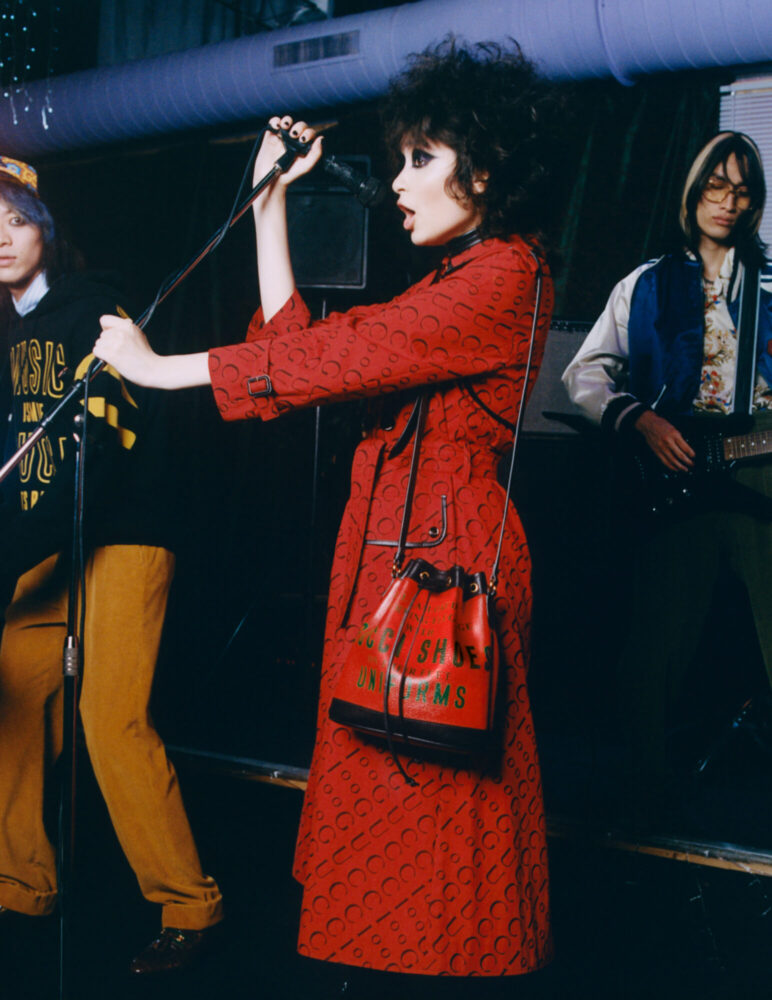 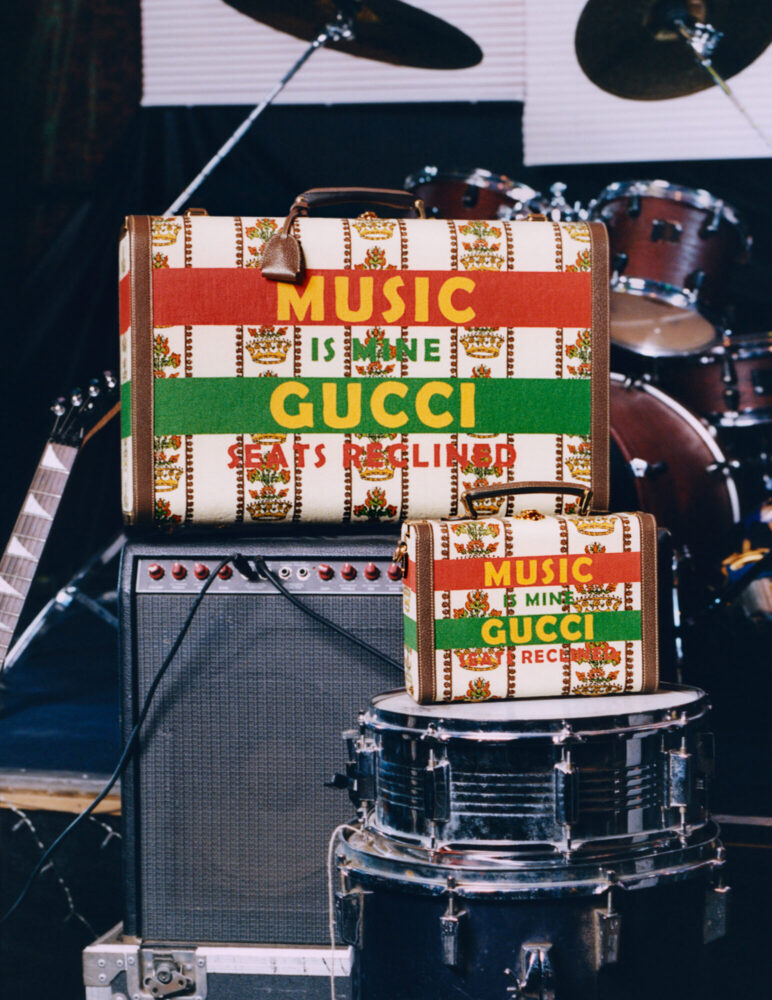 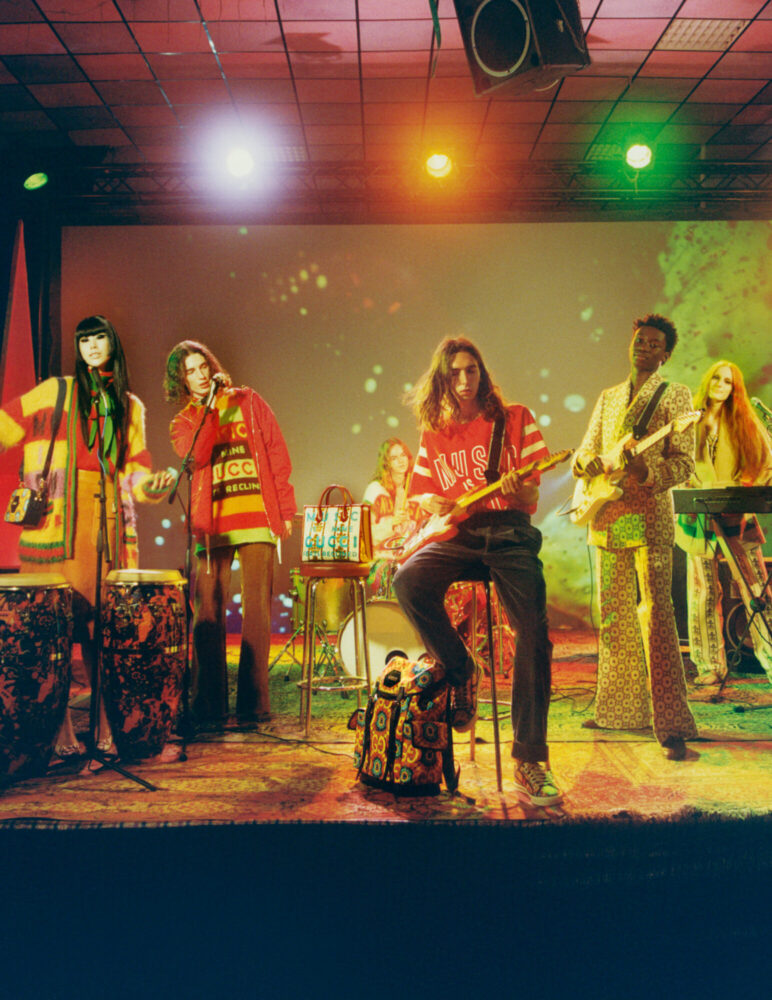 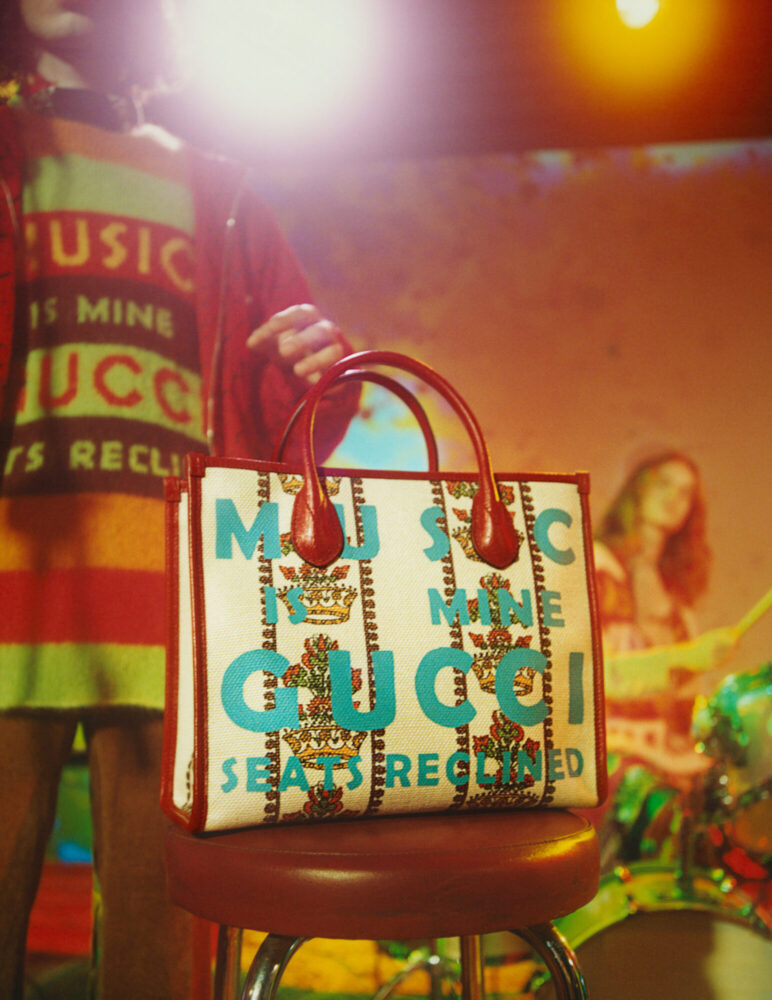 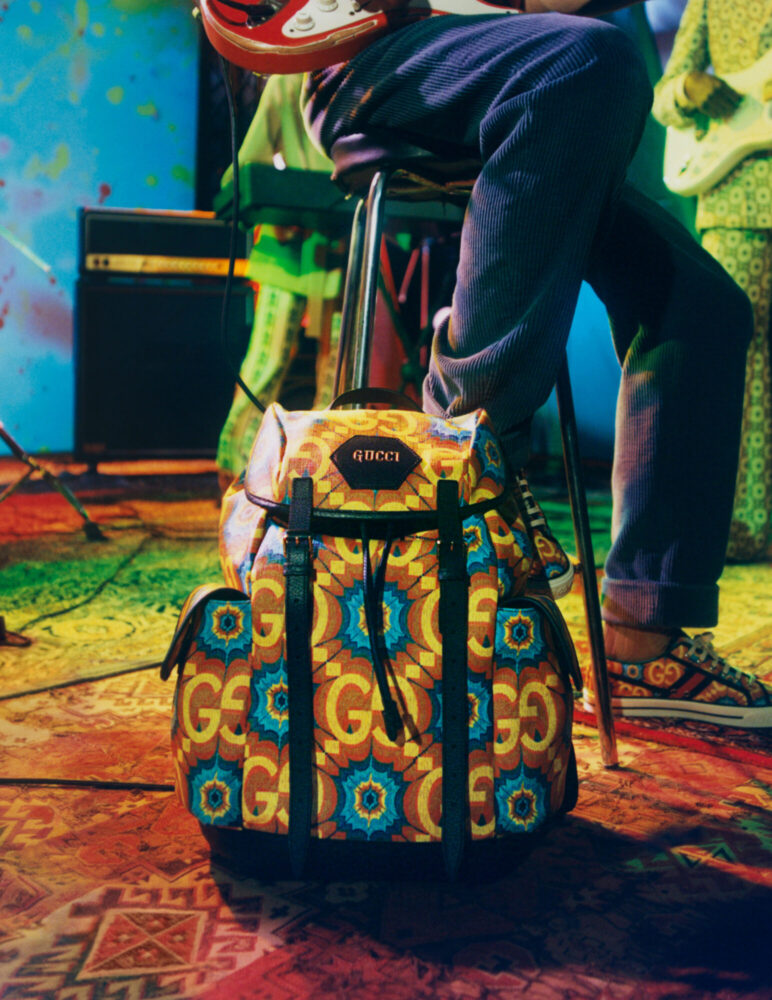 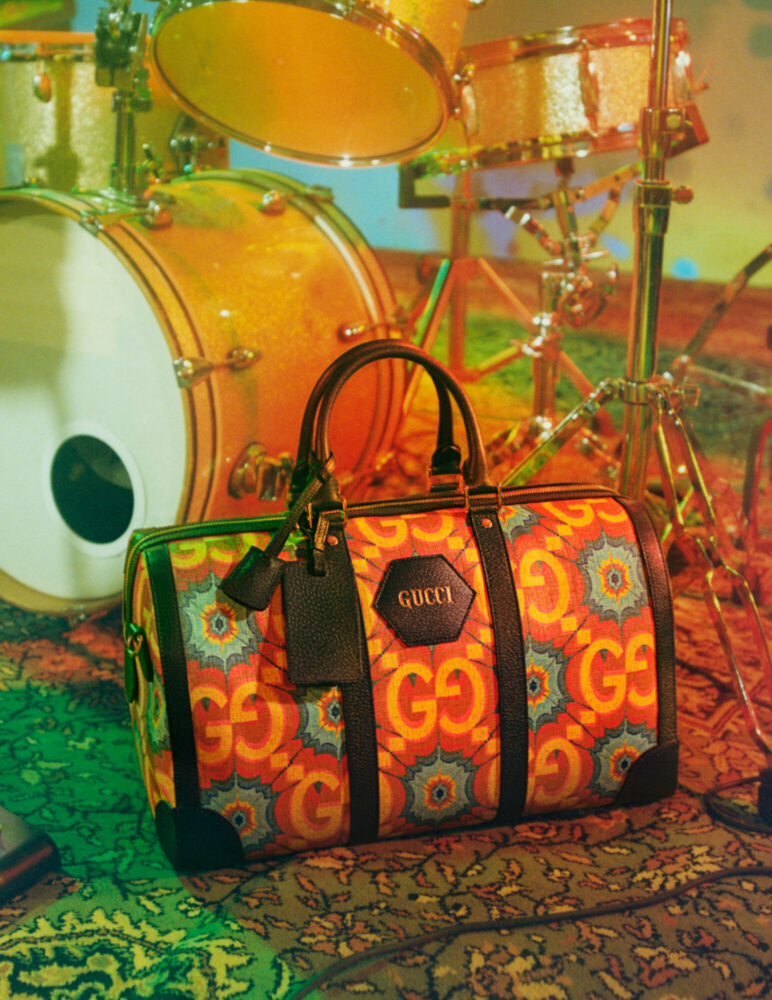