Carven has opened a 180 m2 flagship store at 6 rond-point des Champs-Elysées, the same historic address where founder Marie-Louise Carven set up her fashion house in 1945.

This is the second Carven store in Paris, alongside the one on rue de Grenelle, opened in 2012, which the label’s new owners also acquired as part of the deal. The new store’s interior design has been commissioned to Belgian architect Bernard Dubois, a rising star who recently made a name for himself designing the new Courrèges flagship and the Icicle flagship, located at 35 avenue George V.

For the Carven store, Dubois drew inspiration from multiple periods. The 1920s and 30s are reflected in the graphic style typical of the modernist architecture of Robert Mallet-Stevens, who designed the famous Villa Noailles in Hyères, and was also Marie-Louise Carven’s brother-in-law. The furniture evokes brutalist Brazilian furniture of the mid-20thcentury, while terracotta-coloured travertine marble lends the interiors a 1960s vibe. The colour palette features also the famous Carven green.

For the opening of the Champs-Elysées flagship, Carven is making exclusively available in-store (and on its e-shop) its brand new perfume Amour, developed by French cosmetics group Bogart, owner of Carven Perfumes, which recently launched the new C’est Paris fragrances for women and men.

The Champs-Elysées flagship is home to Carven’s women’s ready-to-wear line, positioned in the affordable luxury segment. The store also sells accessories, such as handbags, shoes, belts etc., as well as Carven eyewear for men and women, . Also on sale at the store, the book entitled ‘Carven, un demi-siècle d’élégance’ by Dominique Paulvé, published by Gründ, re-issued for the occasion. 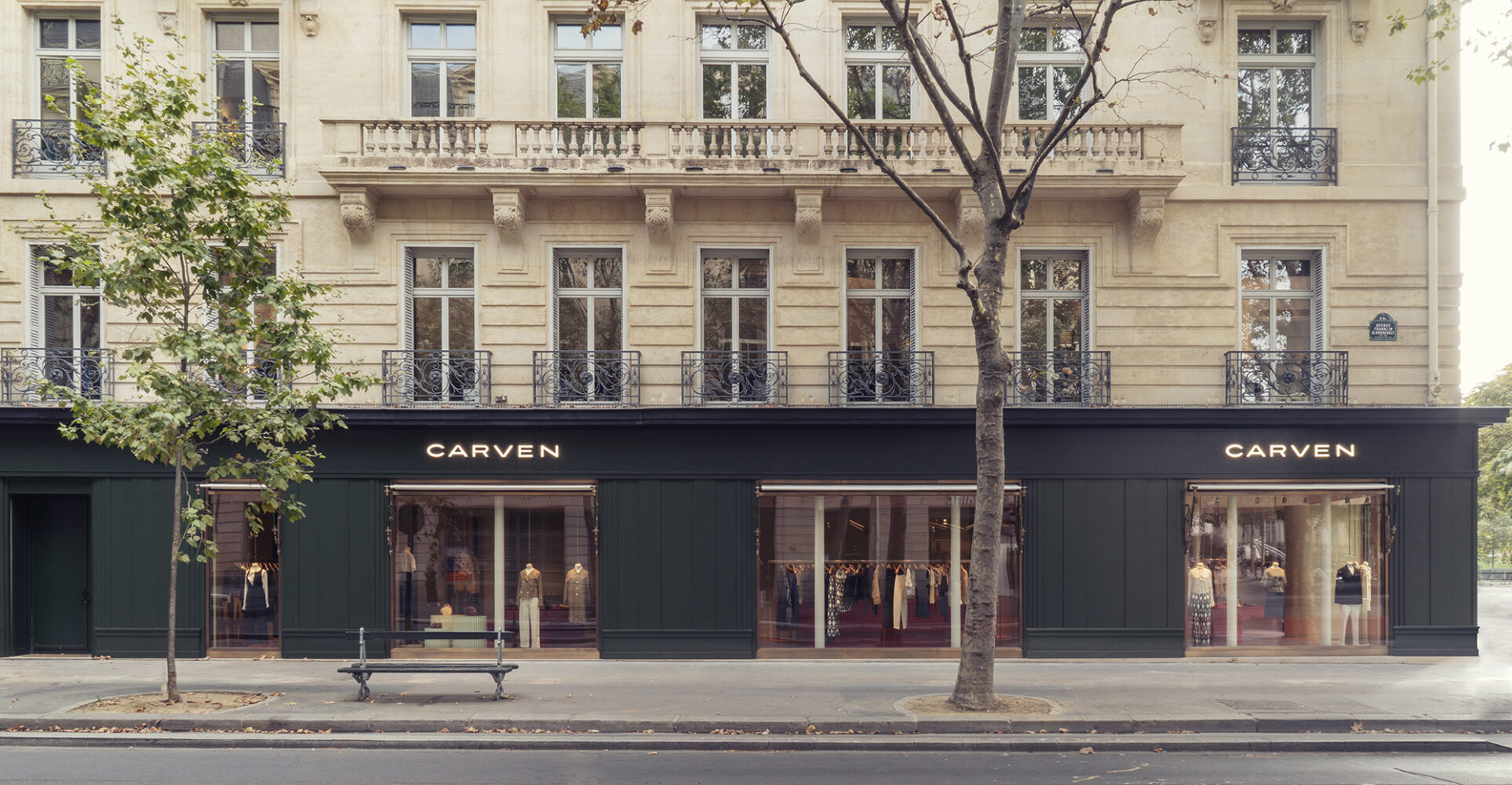