Bulgari has opened a store at the entrance to Place Vendome in Paris, the latest magnum opus by American architect Peter Marino.

The new 1,300-meter Bulgari flagship store in Paris is situated at 23 Place Vendome, the northern entrance of the world’s most important center of high-end jewelry marques. The storied square, with its soaring bronze column of Napoleon in the center, boasts major boutiques by the nec-plus-ultra of jewelry – Boucheron and Chaumet, with Chanel due to open next year.

“It’s my most fabulous store to date!” said Architect Peter Marino, who will next tackle the reinvention of Tiffany, beginning with its flagship at Manhattan’s 57th Street and Fifth Avenue. The star architect’s list of clients already includes Christian Dior, Chanel and Louis Vuitton, whose store across Place Vendome he also designed.

The new Bulgari store is a cunning blend of Dolce Vita Rome; the brand’s birthplace, and Paris. It links two separate Paris mansions, and boasts an upstairs VIP space and private dining room.

Marino blends, or almost paints with, a series of spectacular marbles from Pavonetti to Breccia di Seravezza, and floods the store with an artful apricot light, recalling sunsets in the Eternal City. Twisting walnut-wood Corinthian columns; glowing brass; red porphyry vases; and modernist railings all add to the sense of overwhelming opulence.

Spaced around the walls are silvery composite photos of Rome’s greatest works of architecture by Canadian photographer Nicolas Ruel, with pride of place given to a grand ’60s chandelier by Gio Ponti.

Besides its famed signature diamond snake necklaces, the store will provide all year around customized, couture jewelry, or haute joaillerie in French, where prices can range into the seven-figure stratosphere.

Four decades ago Bulgari opened its first Paris outpost in the Plaza Athenee hotel; now it is just a few yards from the city’s most storied hotel, The Ritz. 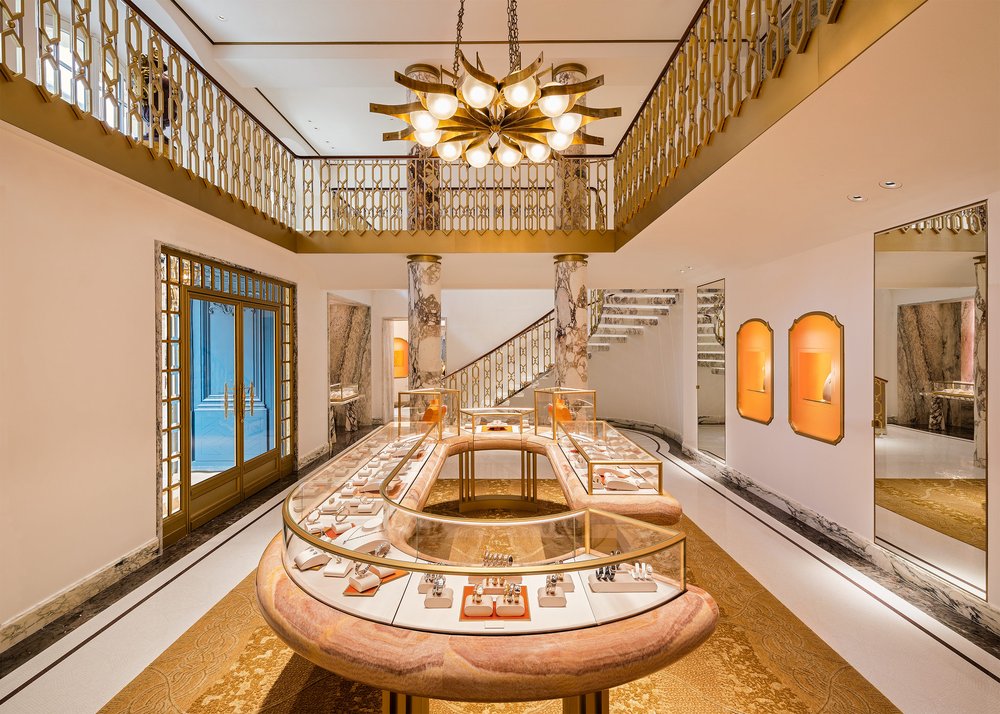 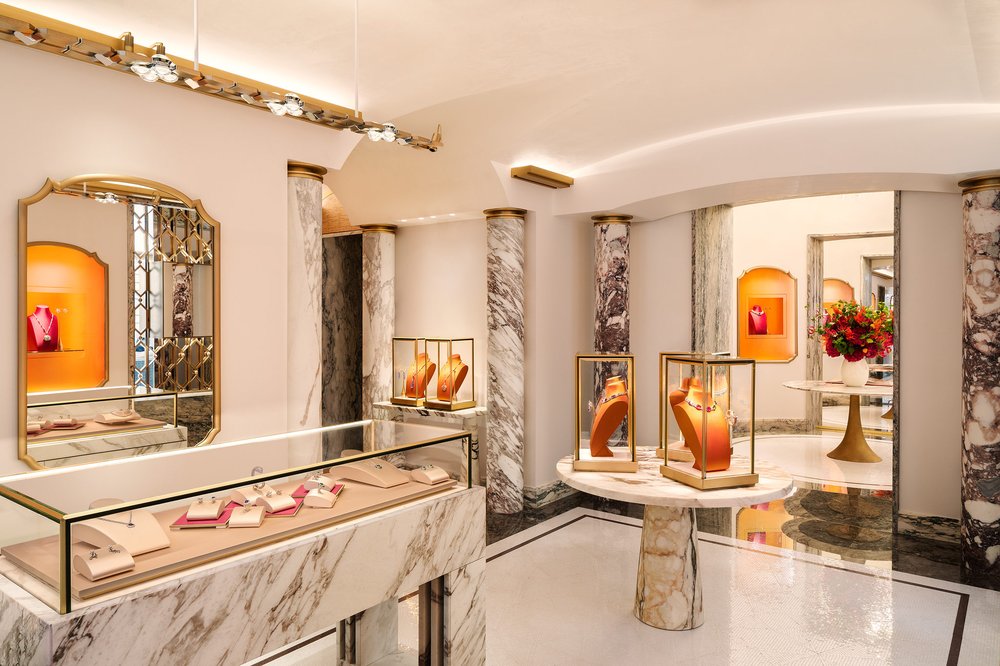 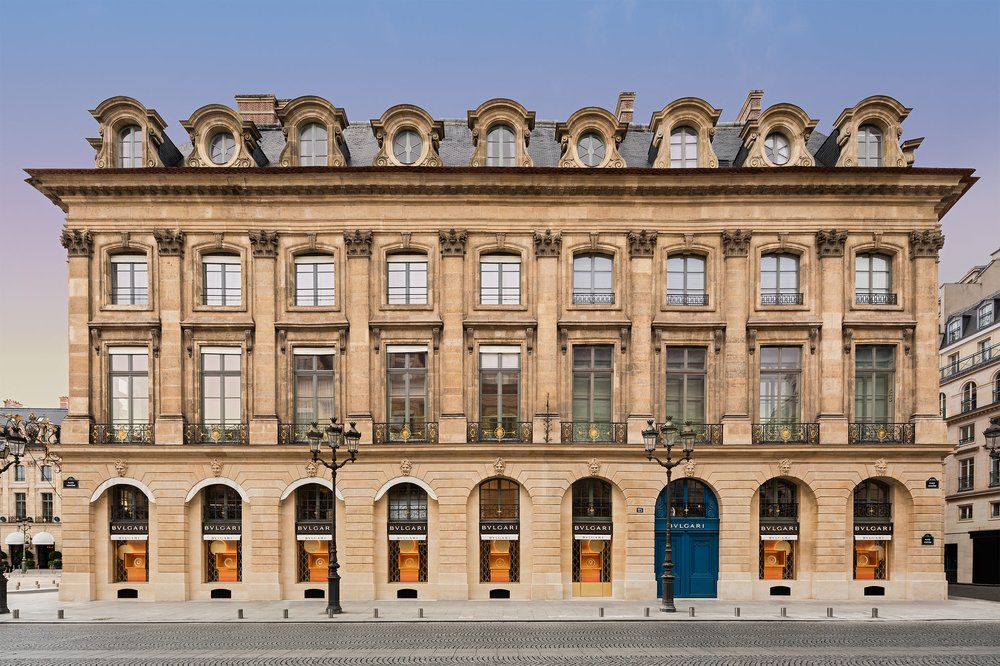