Kim Jones releases his most retail-focused proposal for the Fendi since his arrival with the Cruise capsule collection.

The Fendi Resort 2022 collection manifested in trippy reinterpretations of the marble motifs Kim Jones likens to the surfaces of Rome, outerwear branded with the so-called Karligraphy monogram he launched in homage to Lagerfeld. The feeling was decidedly practical: the easy, breezy businesswoman on the go, captured in portraits that could have appeared in a 1980s fashion magazine.

“I have to consider the women who shopped at Fendi before, and what they like, and I have to consider the women coming to Fendi now. That’s been the message with ready-to-wear,” he said, reiterating how inspired he is by the women of the Fendi family themselves: Anna; her daughter Silvia; and Silvia’s daughter, Delfina. “It feels very proper. And I think the Fendi family are very proper, but they’re also very open. So, that’s the brief I’ve set myself.” In that transition, Jones is using capsule collections like these to establish a permanence within his work for the house—“creating a staple wardrobe,” as he put it.

“From my experience of being a shopper, I go to certain brands for certain items. I’ve already seen a week’s sales, and seen what’s sold out very fast, and it gives you a chance to work towards having staples: something that people will want to get a new version of. People are loyal to their clothes, but they also want new varieties,” he said. 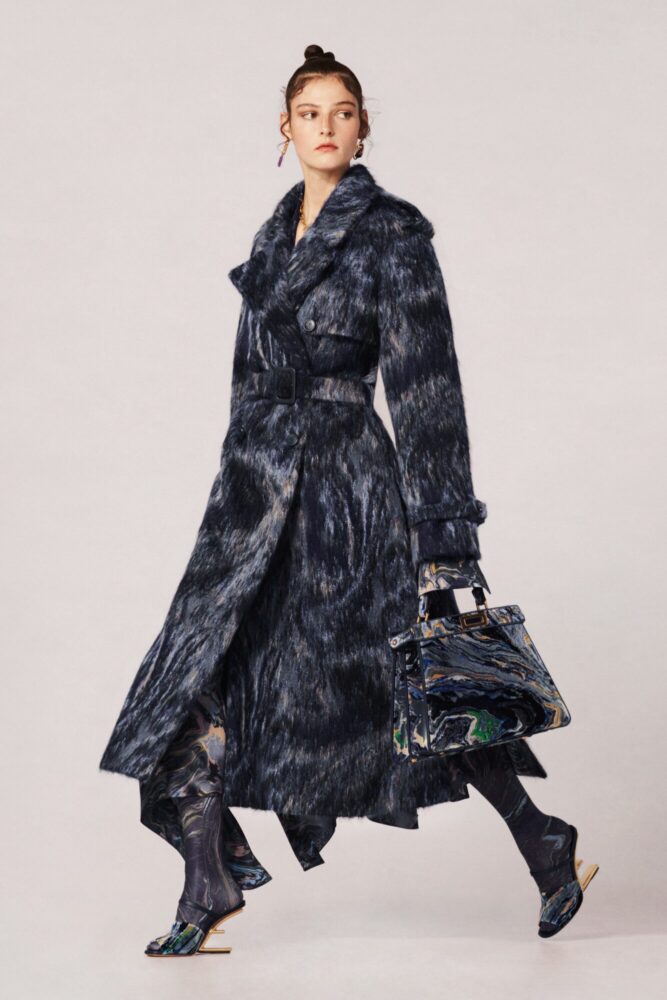 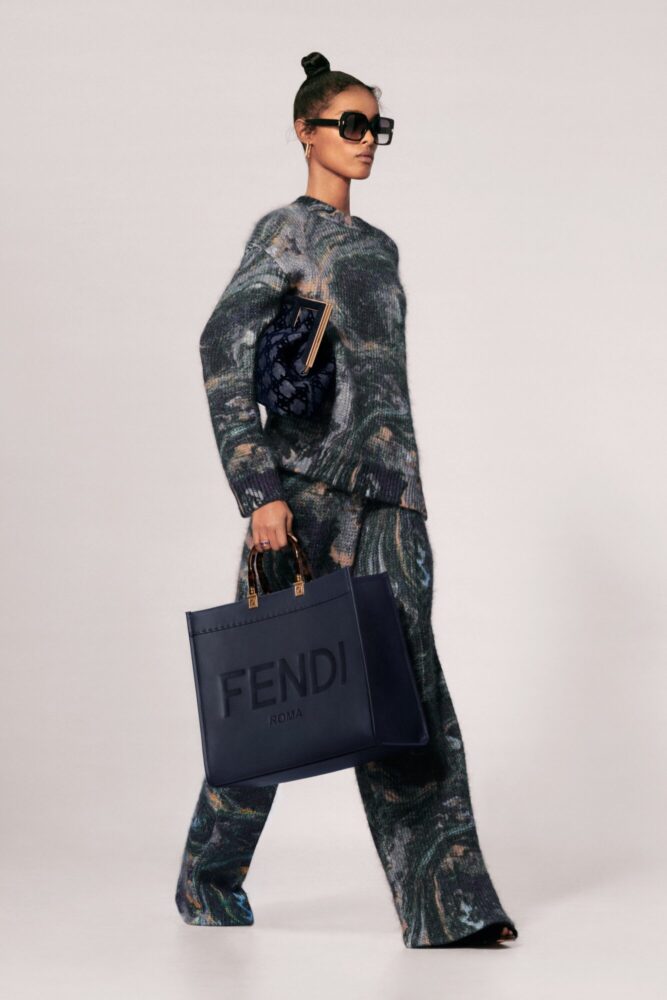 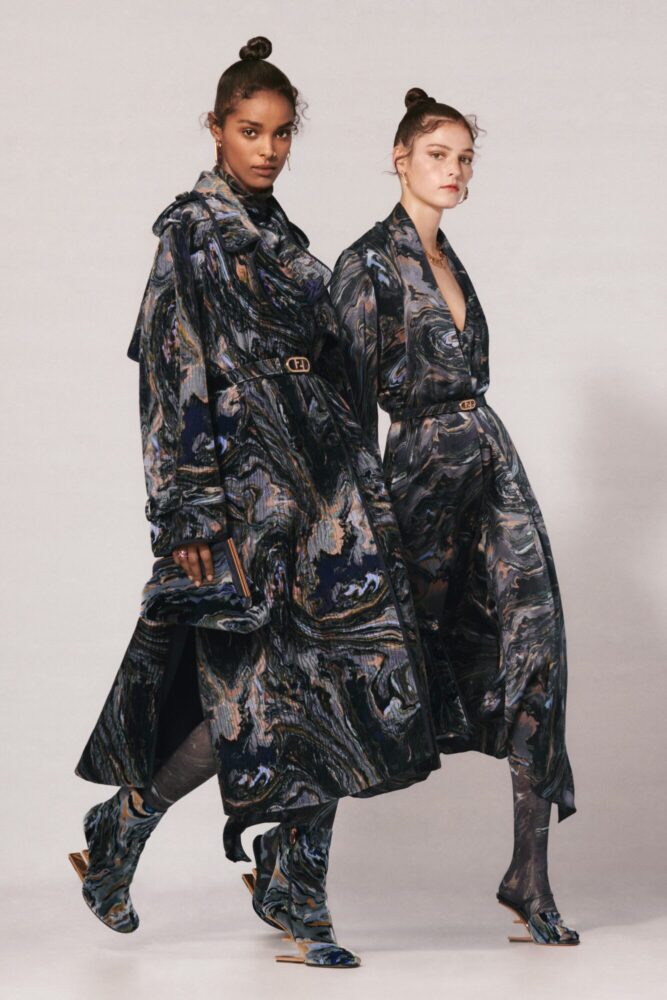 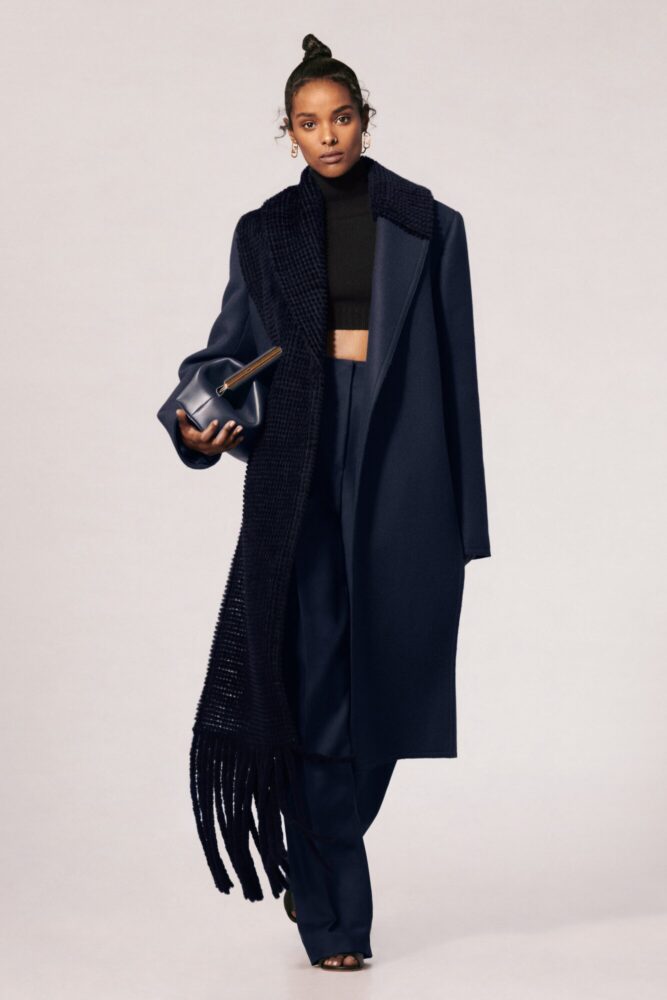 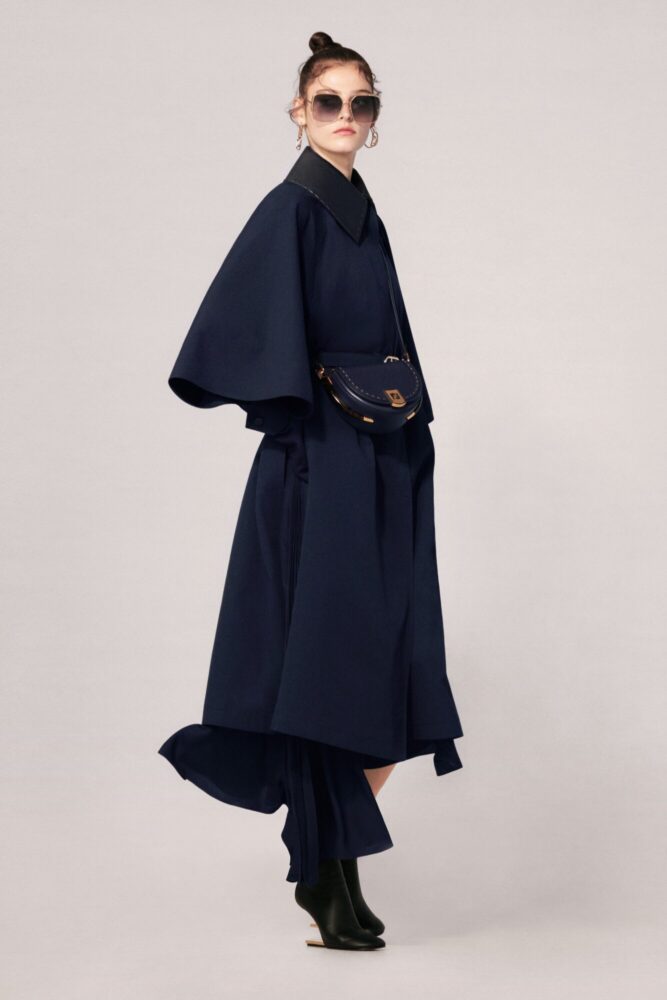 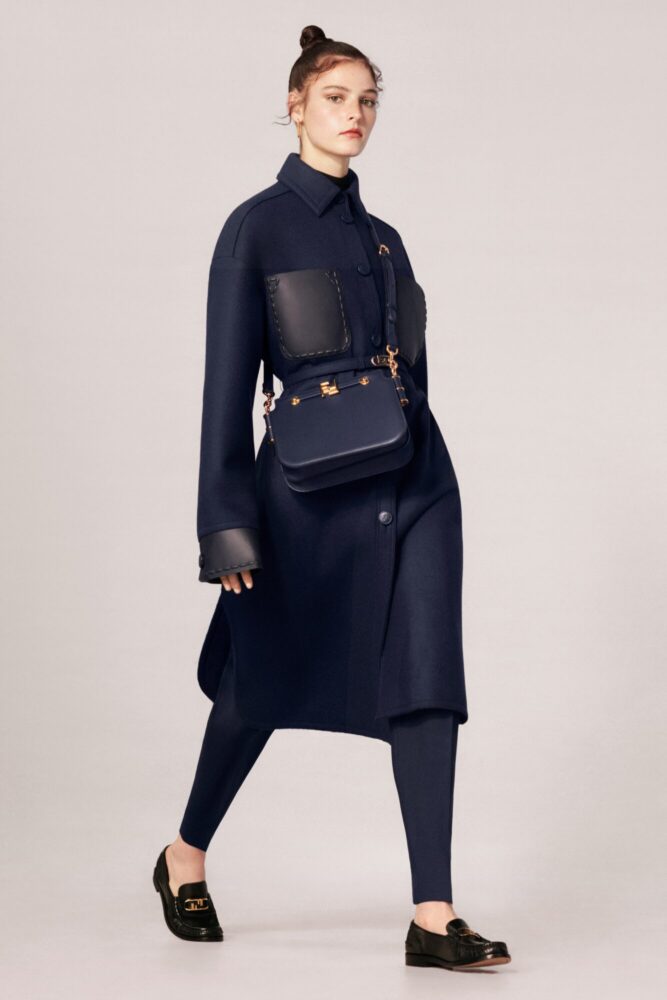 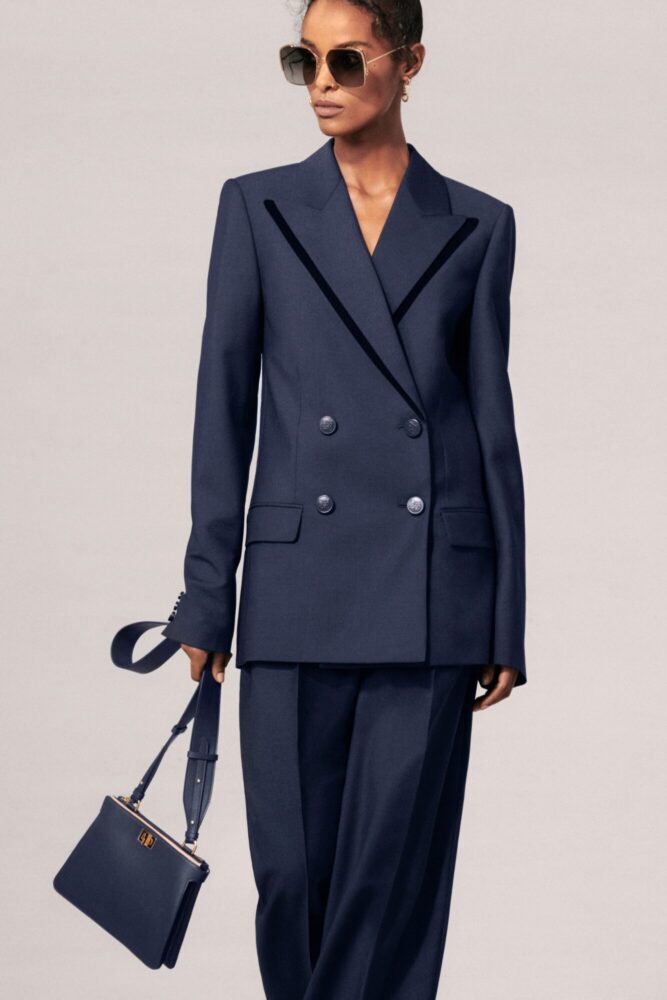 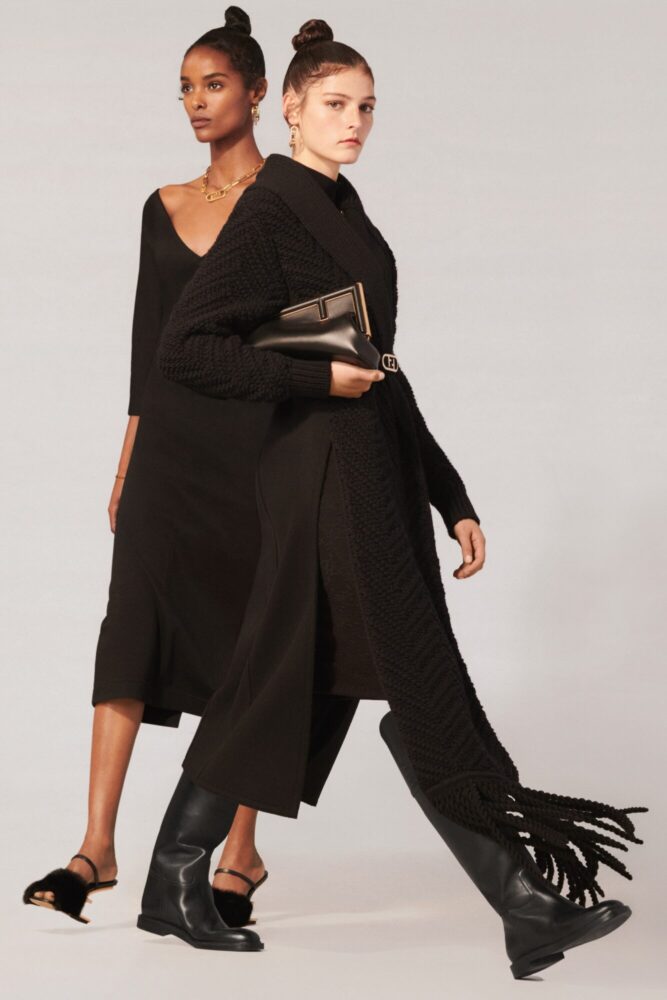 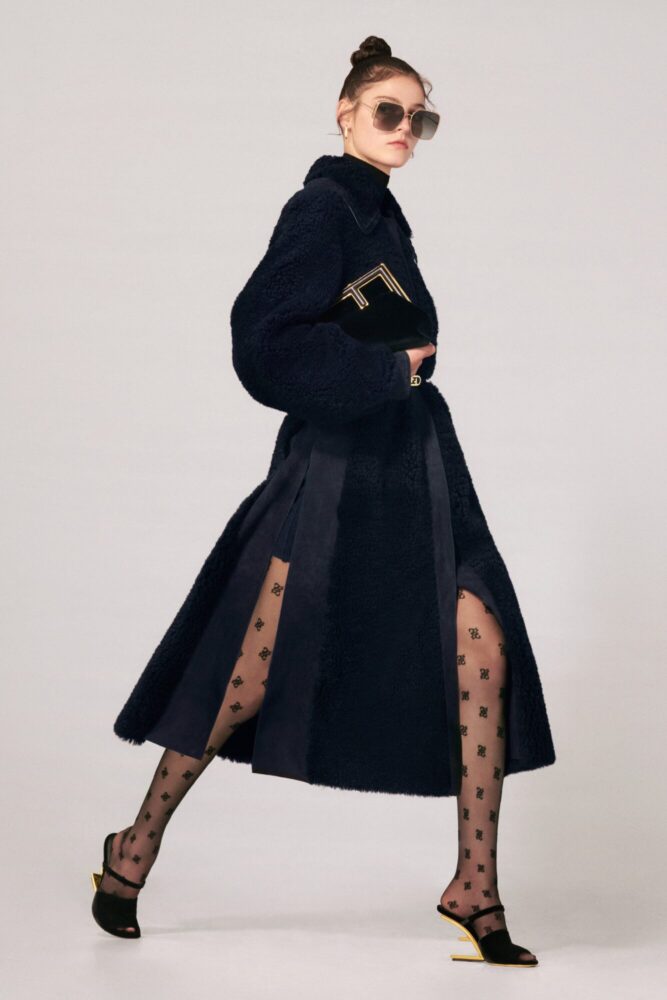 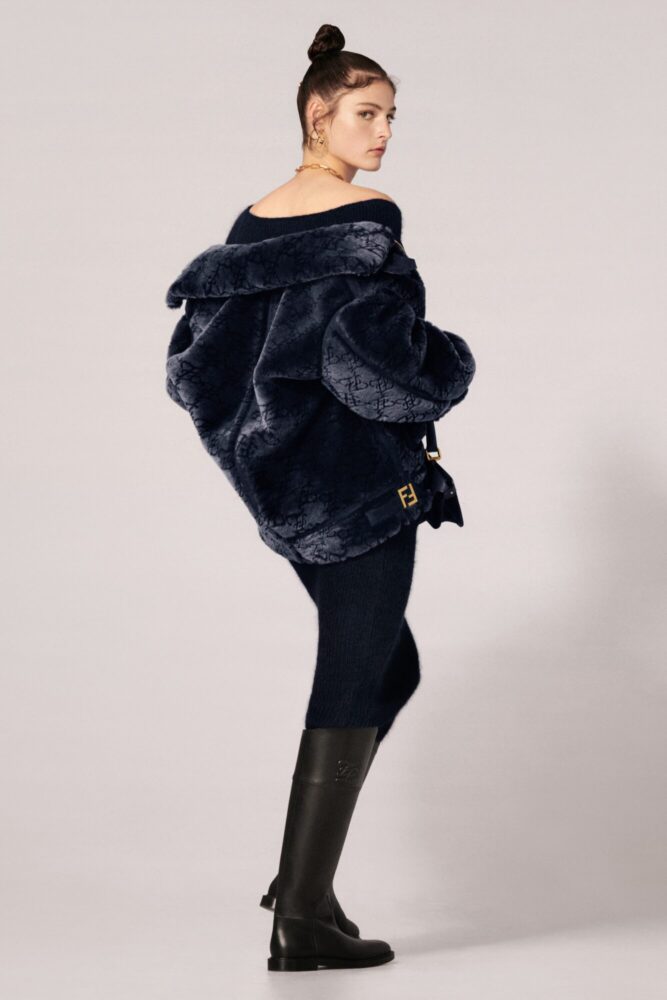 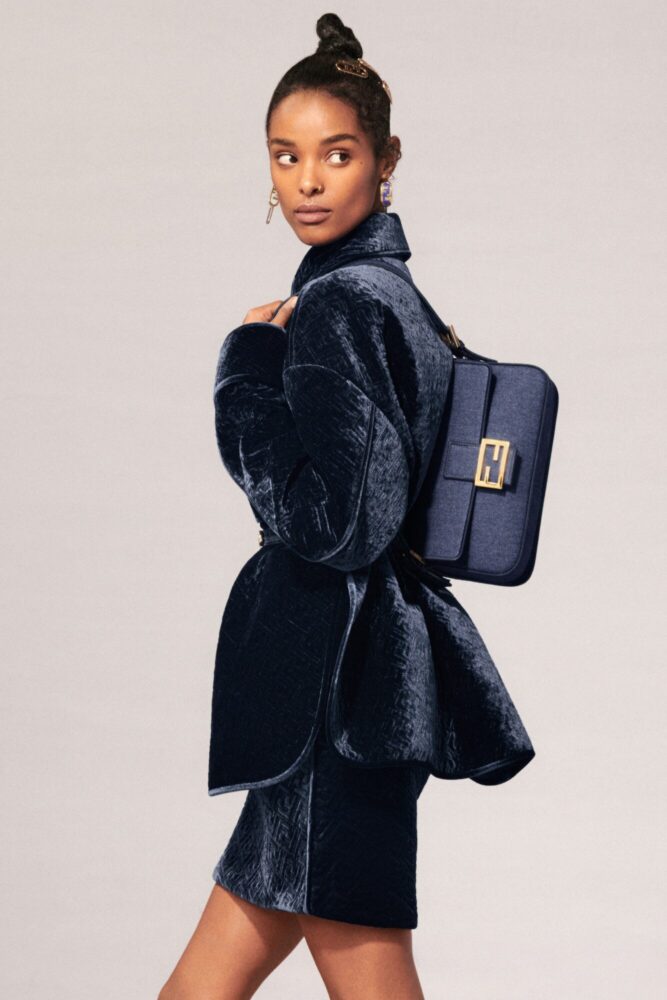 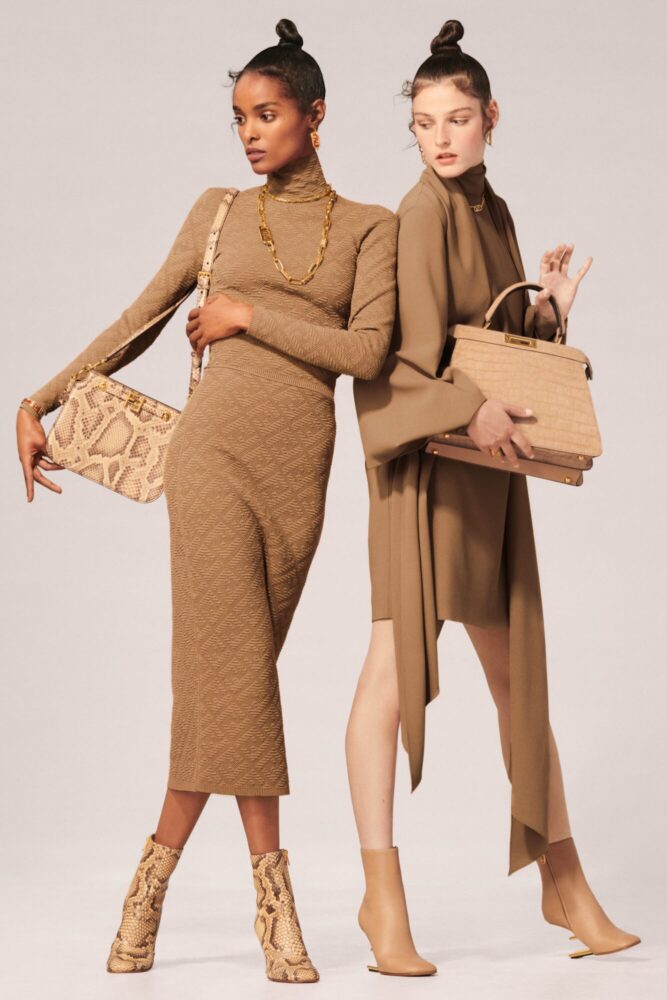 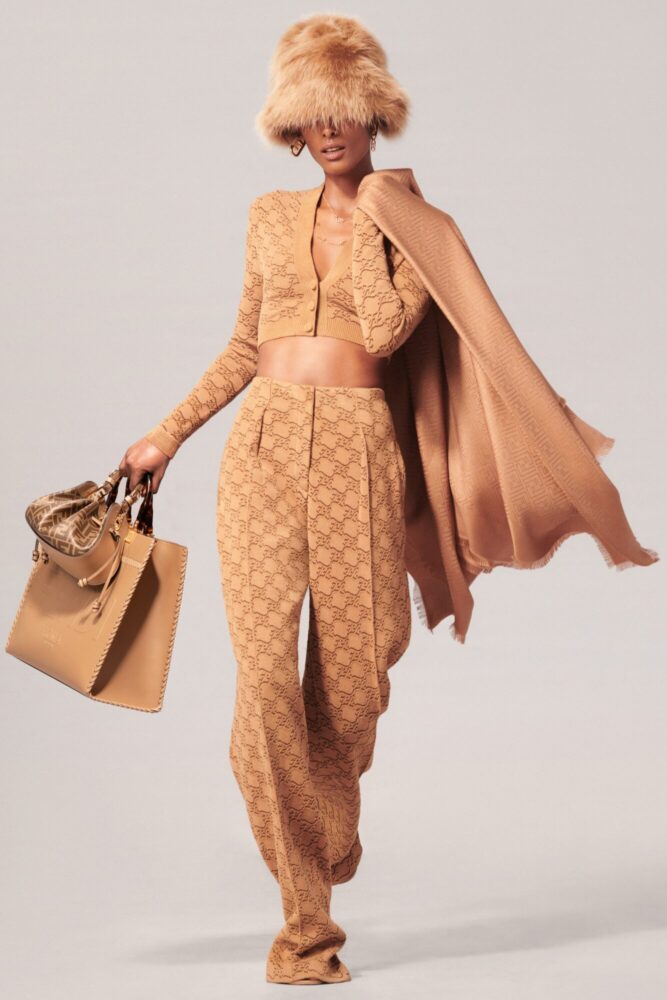 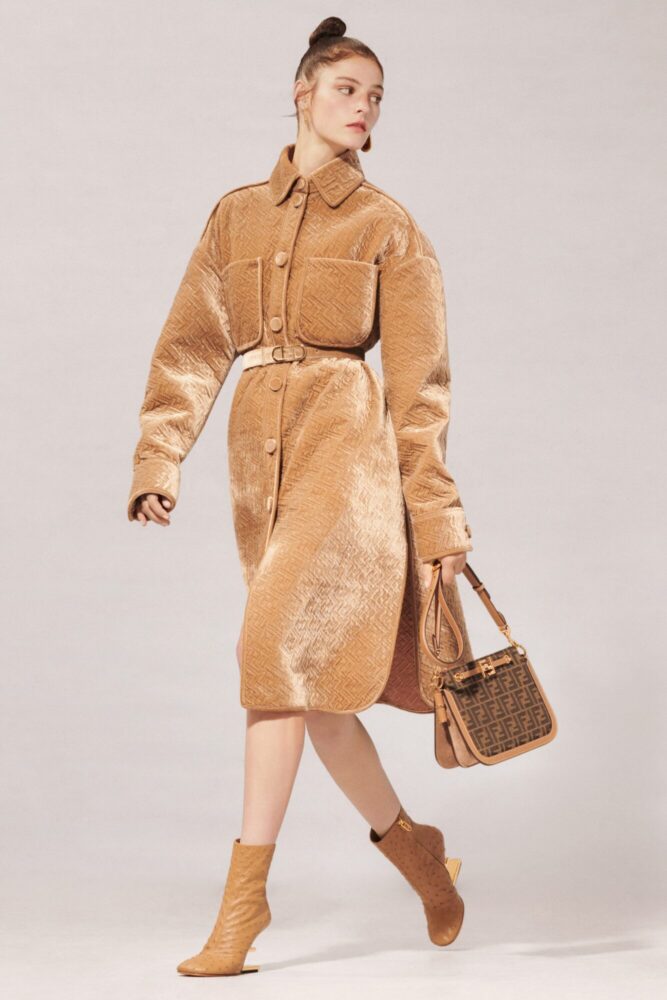 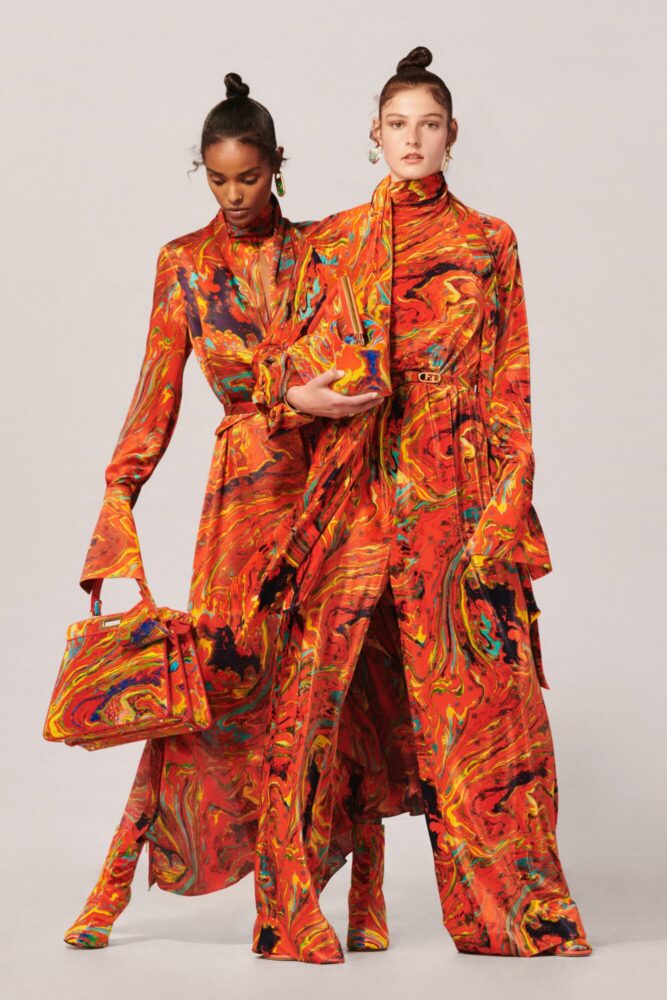 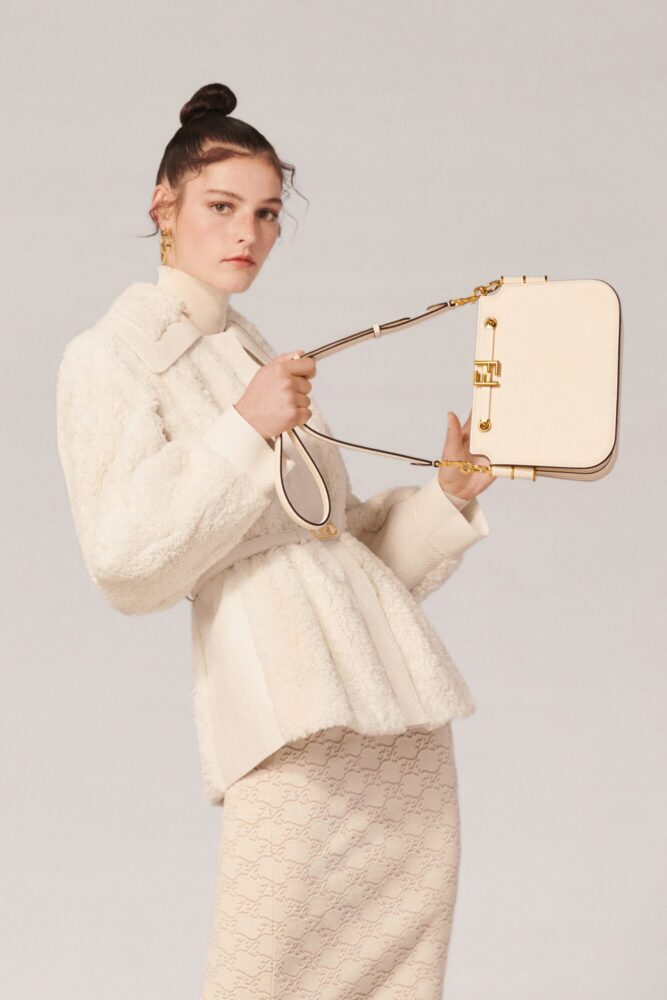 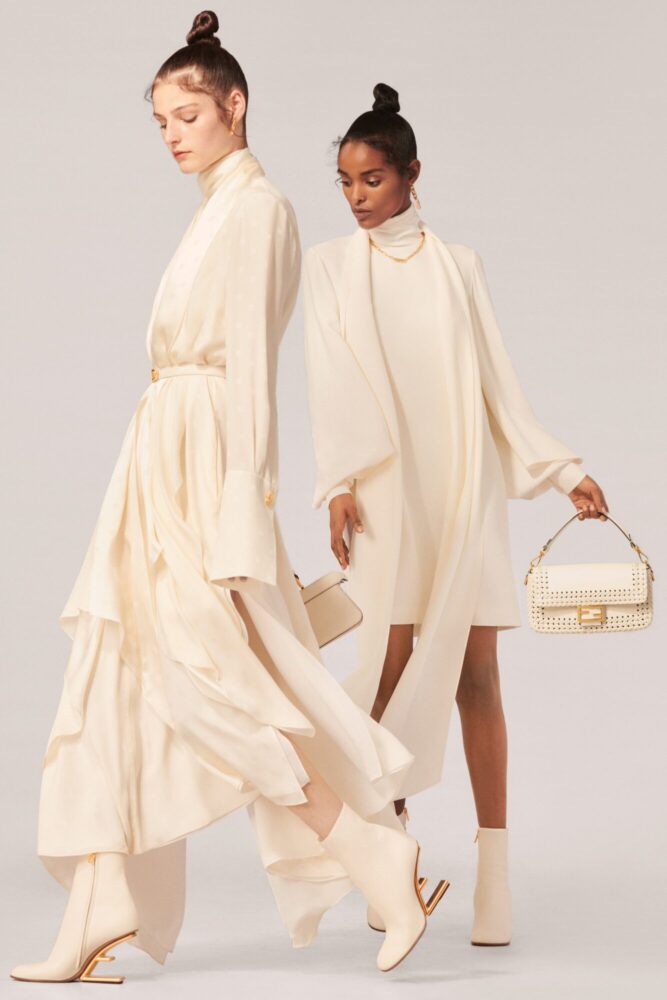 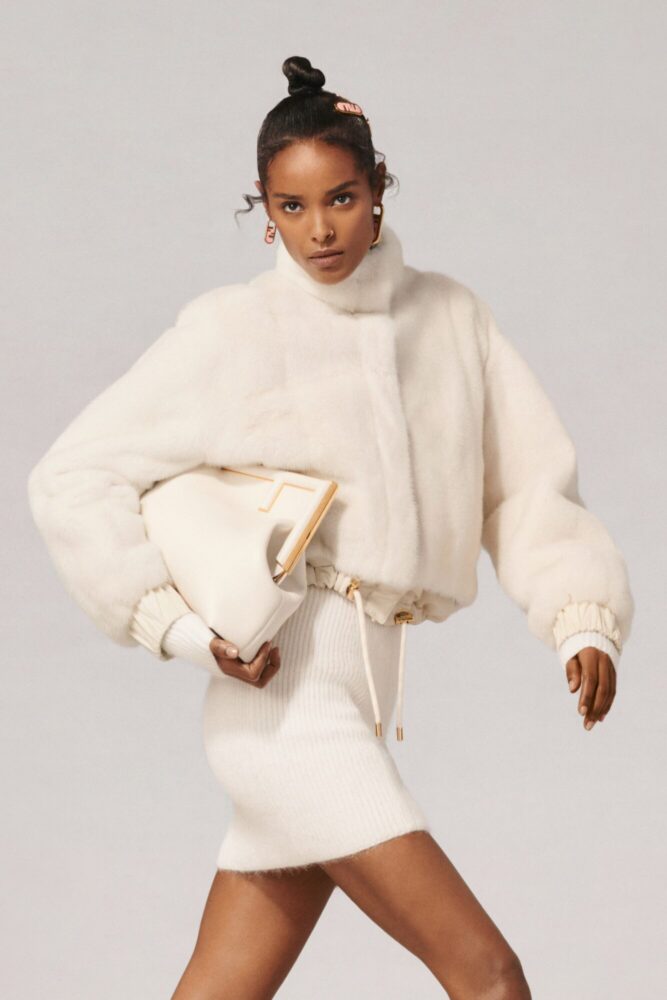 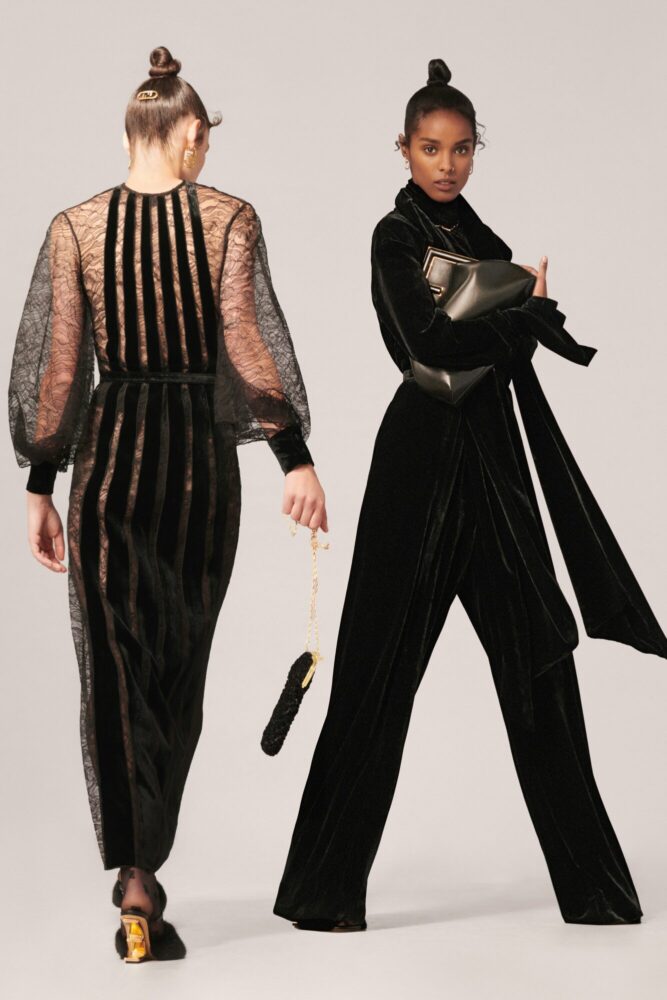 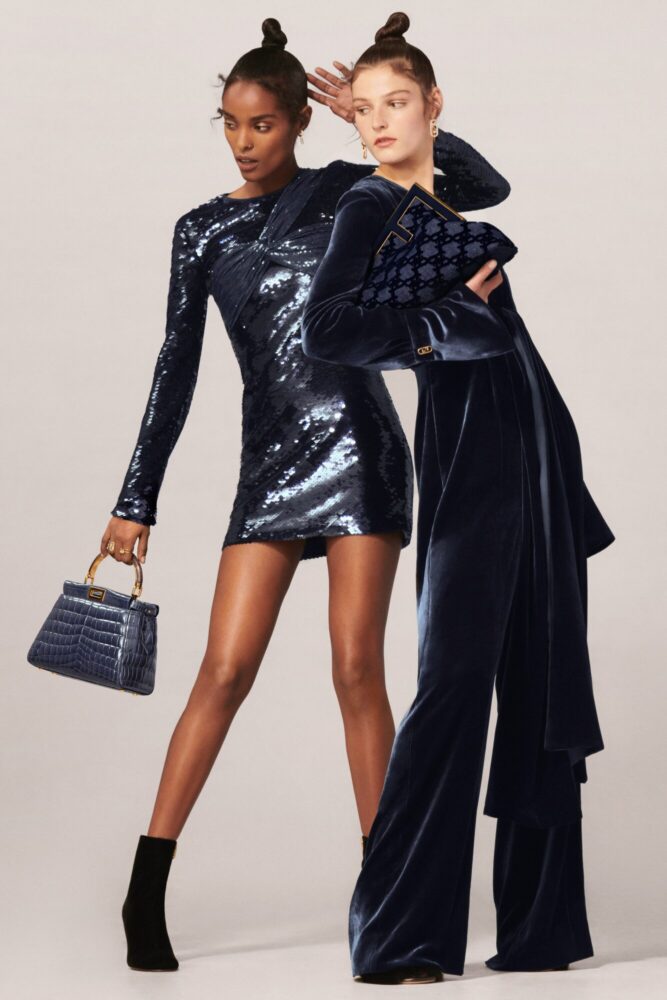 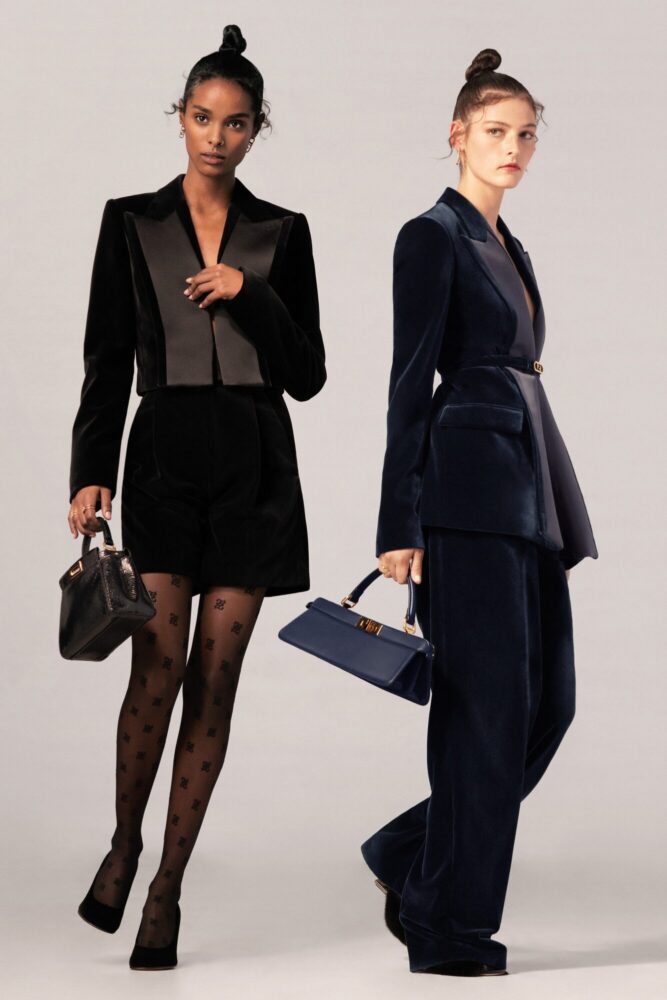