Holt Renfrew Ogilvy has opened it Montreal flagship and all six floors are now open.

The 250,000 square foot Holt Renfrew Ogilvy flagship store, is Holt Renfrew’s largest in its network, features 99 boutiques from some of the world’s best fashion and beauty brands. The beautiful environment combines a modern aesthetic with key heritage elements, reminiscent of the store when it first opened in 1912.

“Holt Renfrew Ogilvy is an incredible store that our team has been so proud to develop,” says Gord Sonnenberg, Senior Vice President, Channel Development and Stores. “When we embarked on the journey of creating this store in 2013, we knew that we wanted to bring a global destination with the world’s best fashion, and retail experiences to the wonderful city of Montreal.”

The completed main floor includes 11 boutiques from the world’s top fashion brands including Chanel, Gucci, Louis Vuitton, Tiffany & Co., Hermès, and more. Customers can also discover L’espace Holt, Holt Renfrew’s exclusive pop-up shop and incubator space, featuring curated collections and limited-edition products from both local and international designers. L’espace has launched with a Hat Shop—a nod to Holt Renfrew’s heritage as a hat shop that opened in Quebec City in 1837. The Hat Shop will be followed by a collaboration with Artgang, a Montreal based creative collective with more programming to come throughout the year.

The third floor holds women’s designer including boutiques from brands including Balenciaga, Gucci, Prada, Saint Laurent, and more as well as contemporary collections, including the H Project shop—a curated assortment of products that are beautifully designed, passionately purposeful, and have unique stories.

The fifth floor is also home to the refurbished Tudor Hall as well as a large retail animation space that can house ongoing pop-ups, events, conferences, and happenings throughout the year with a capacity of up to 700 people.

Natural light and a modern interpretation of historic elements from the heritage store are present throughout the space. There has been a focus, especially in the H Project shop, on the use of sustainable materials including reclaimed wood, LED lighting, recycled materials, and finishes from renewable resources. 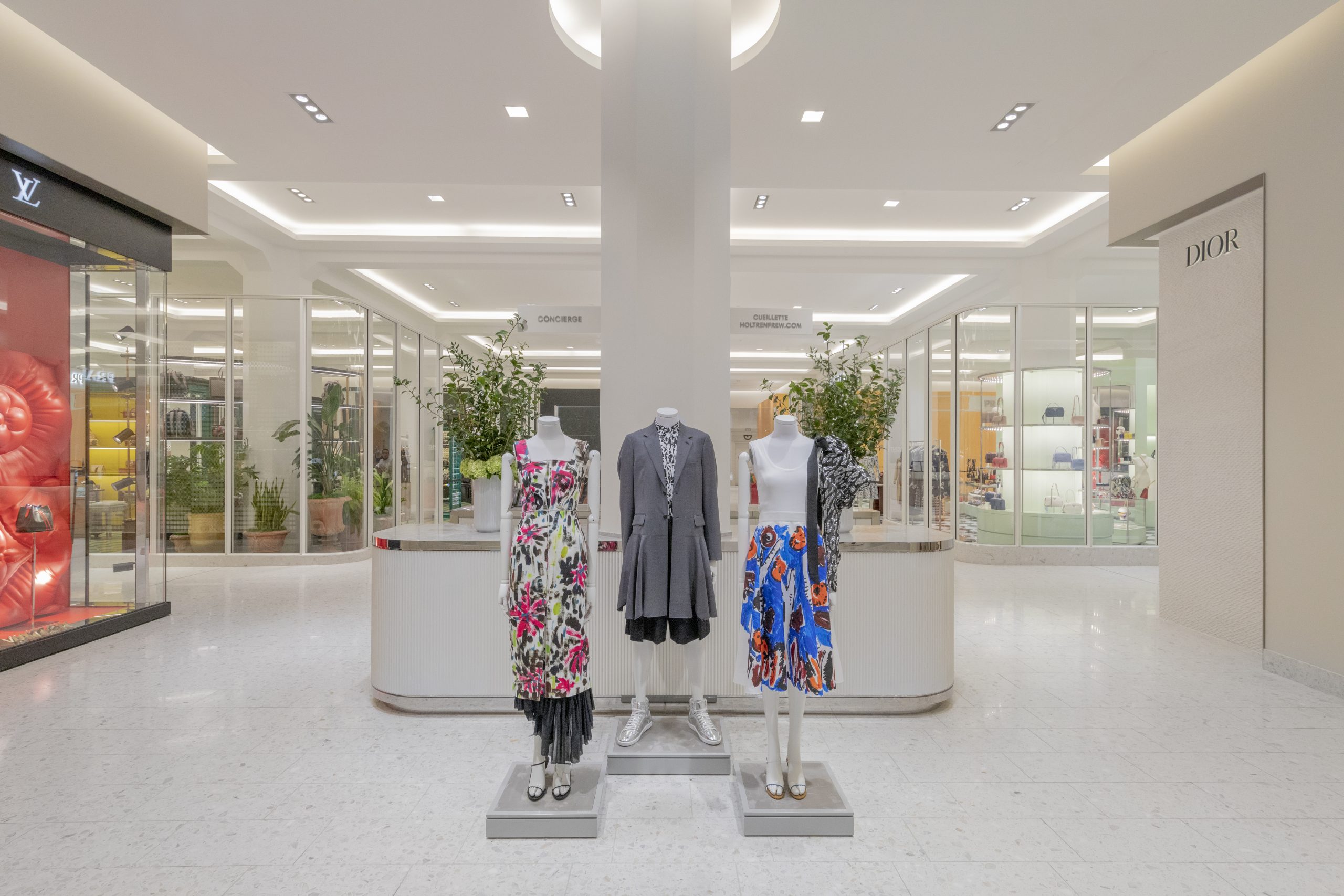 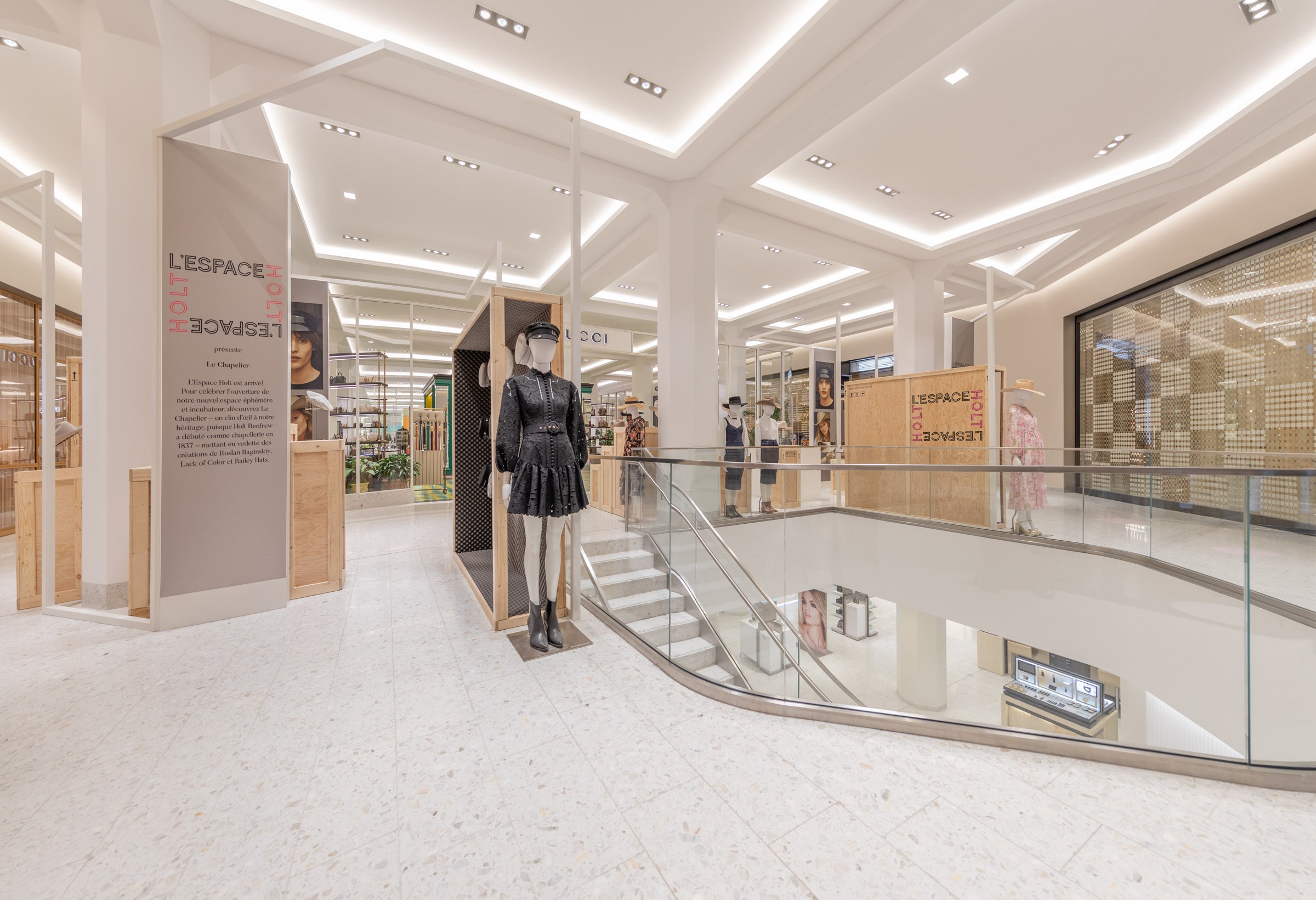 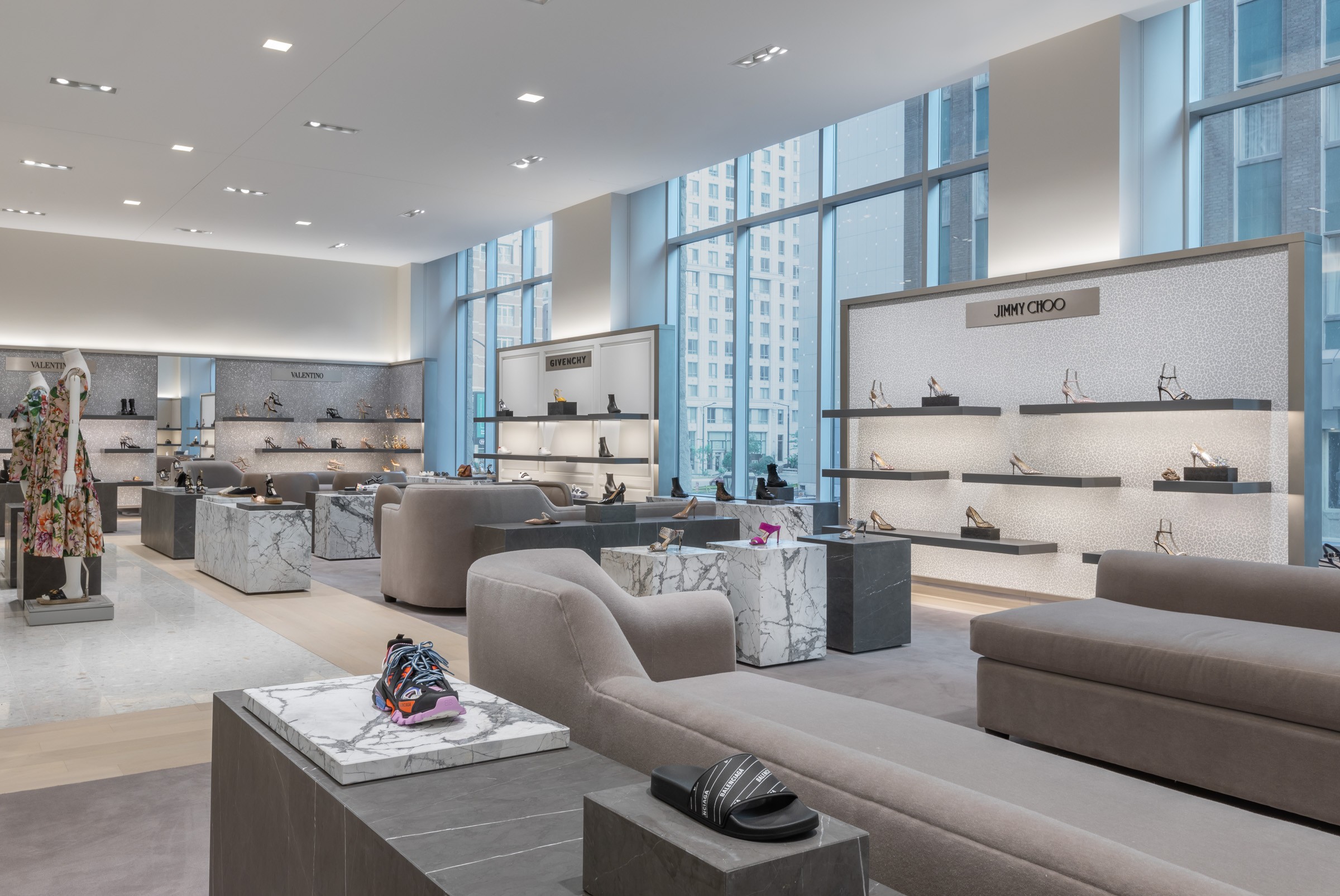 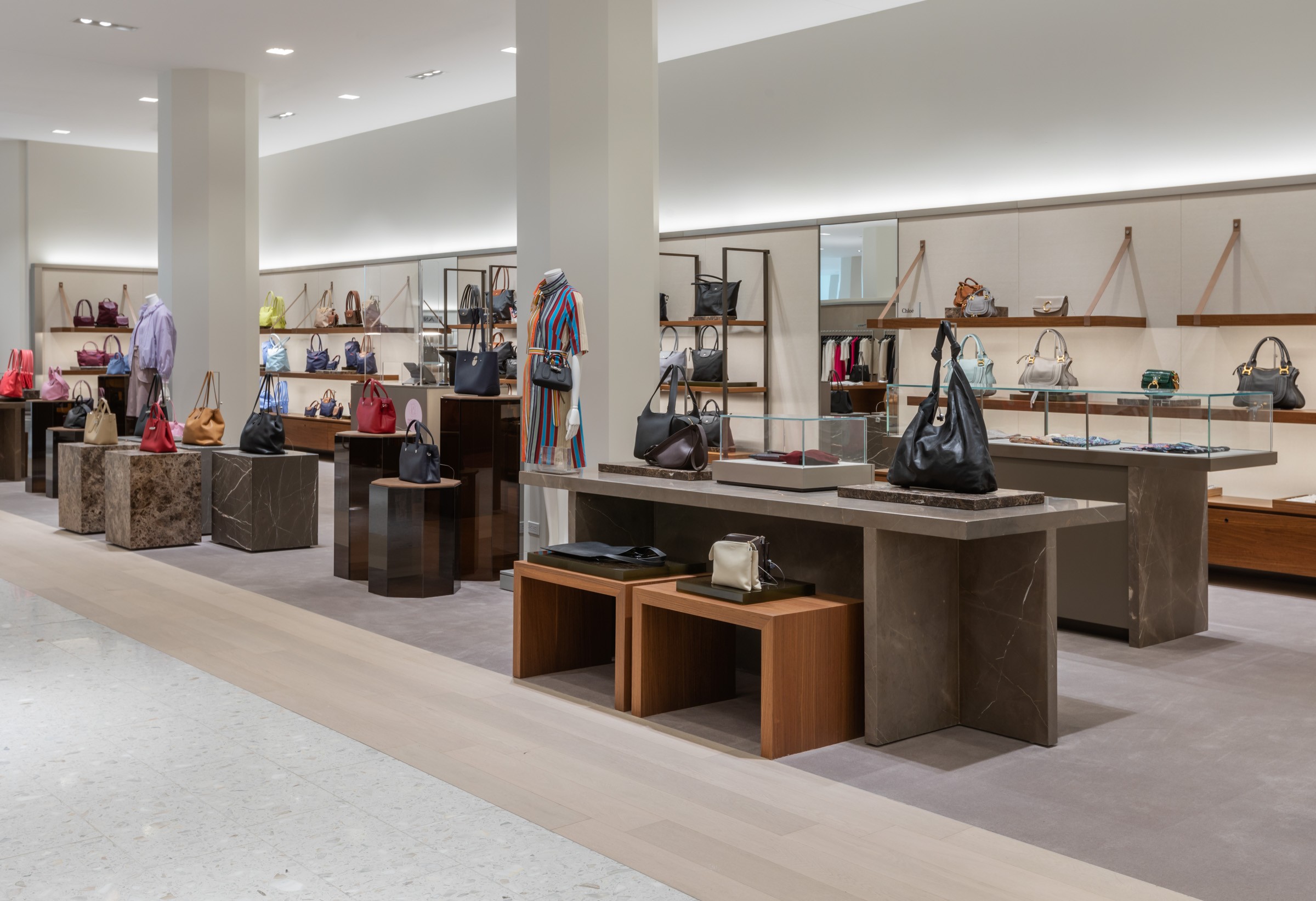 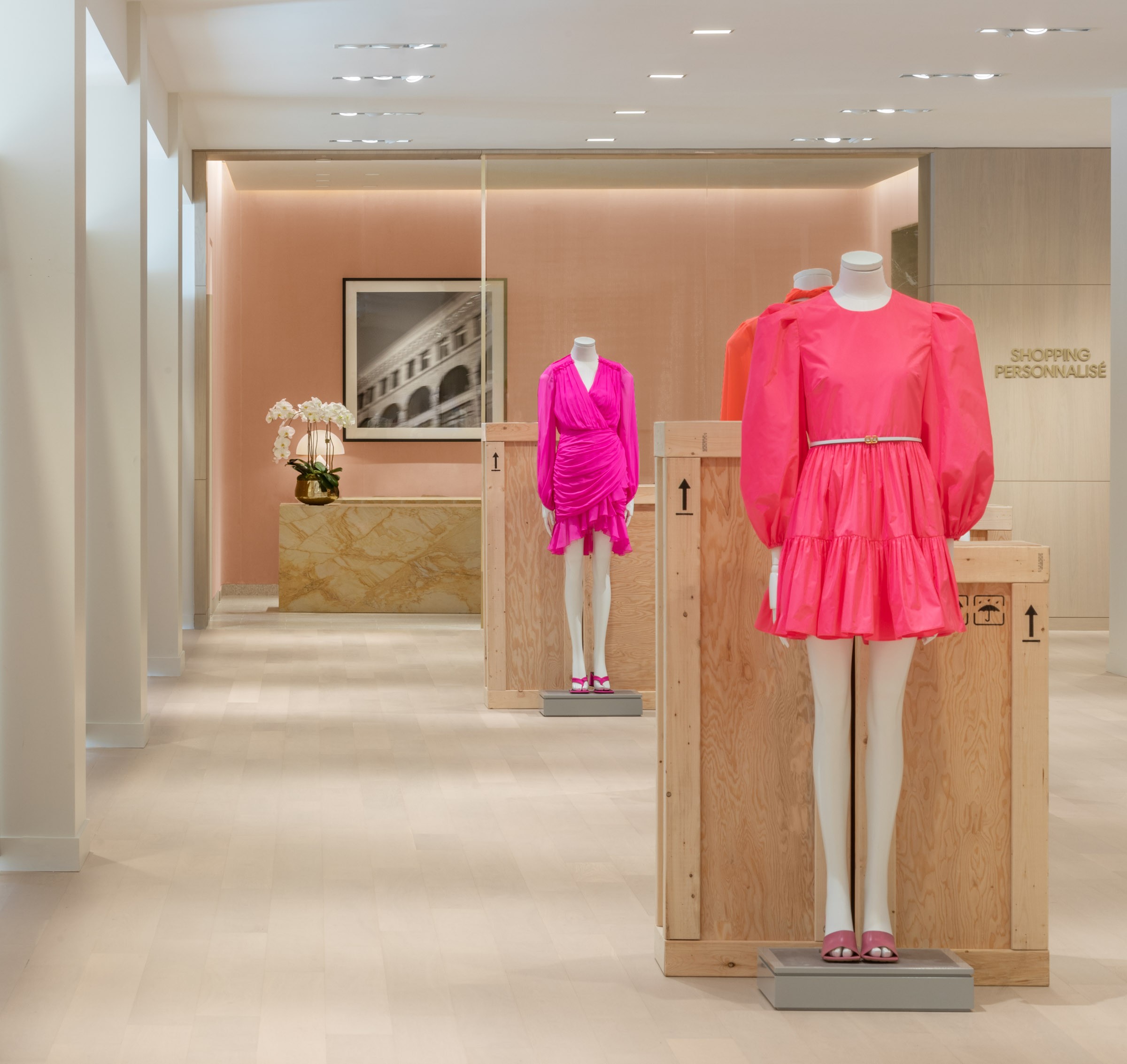 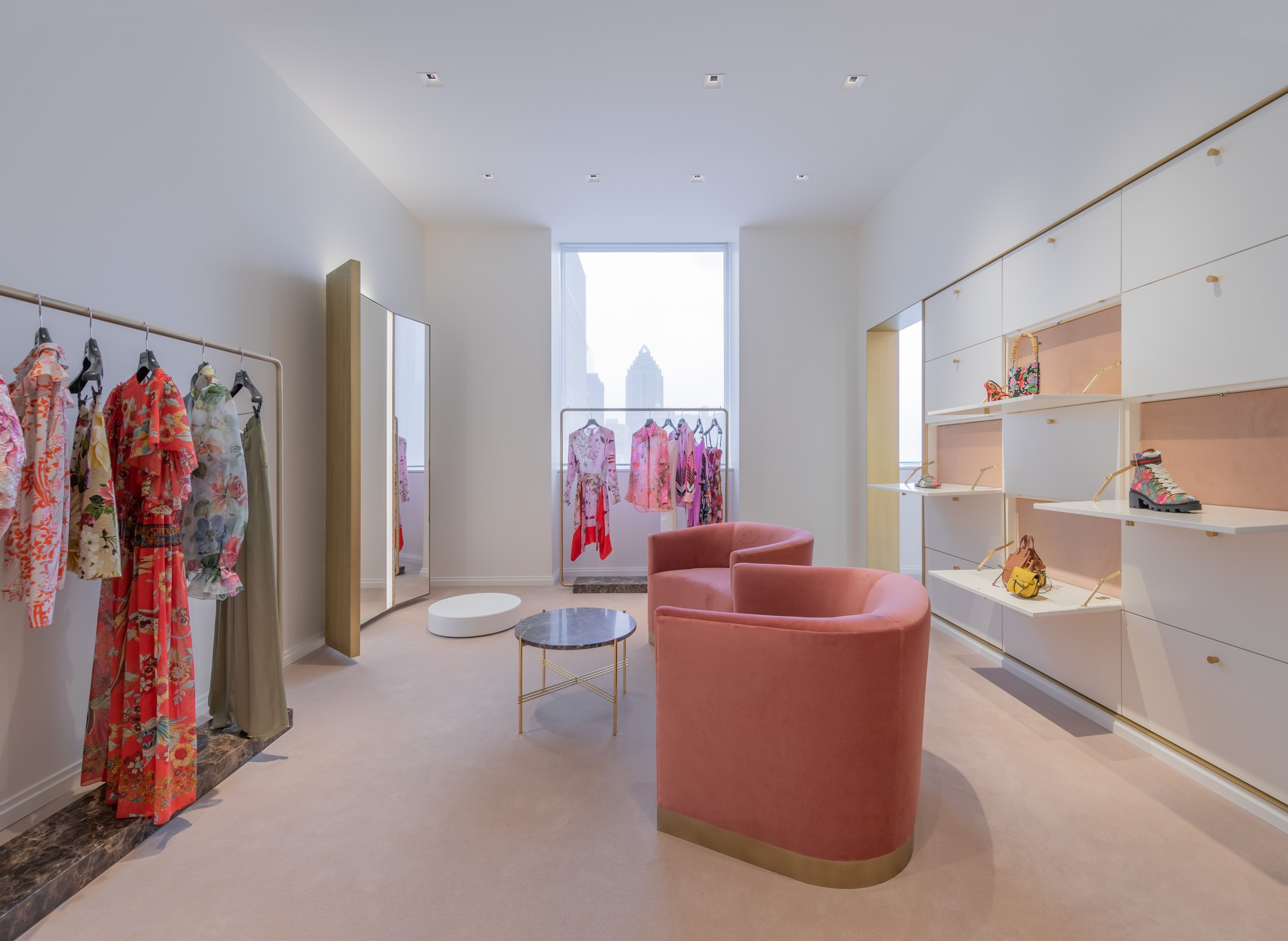 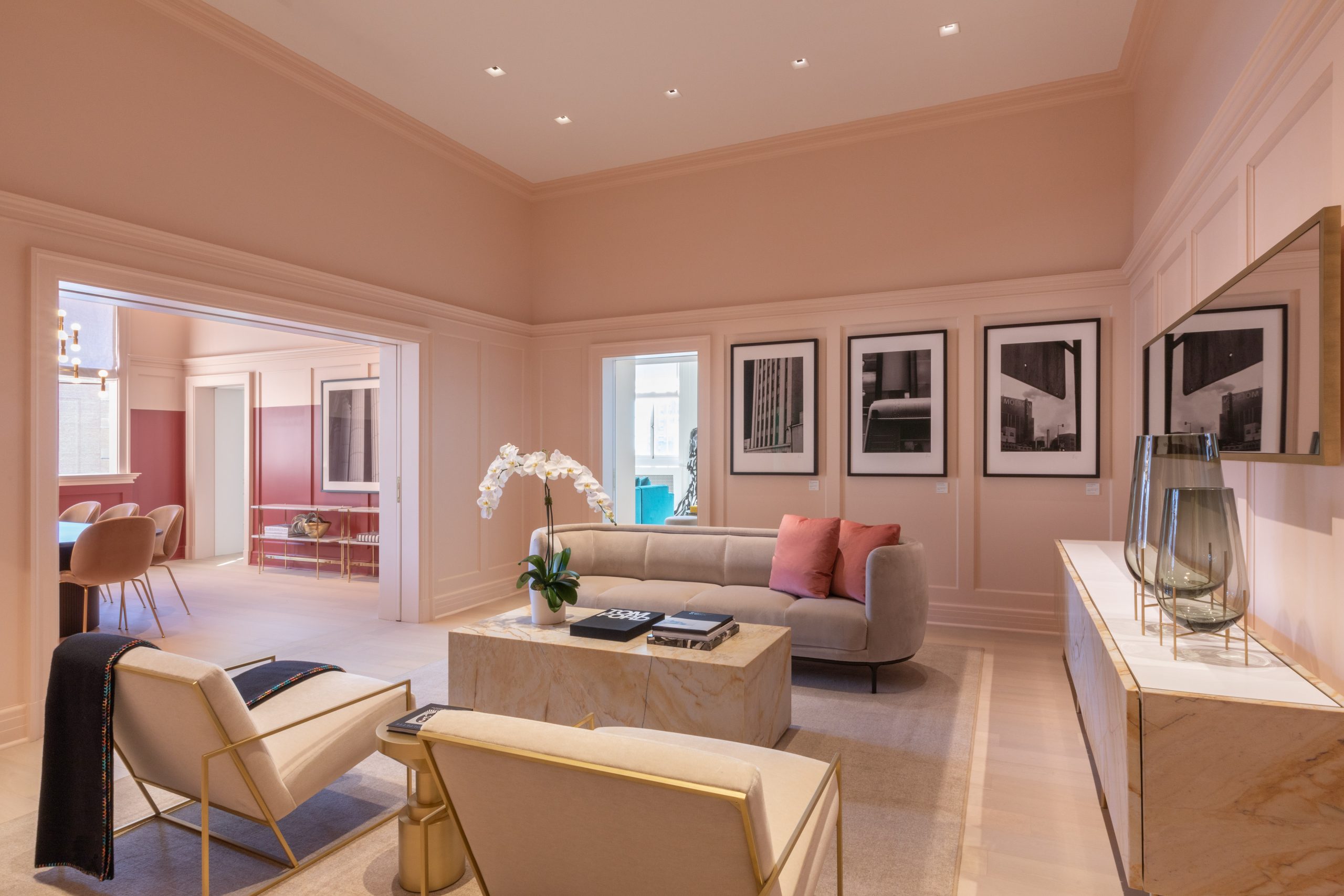 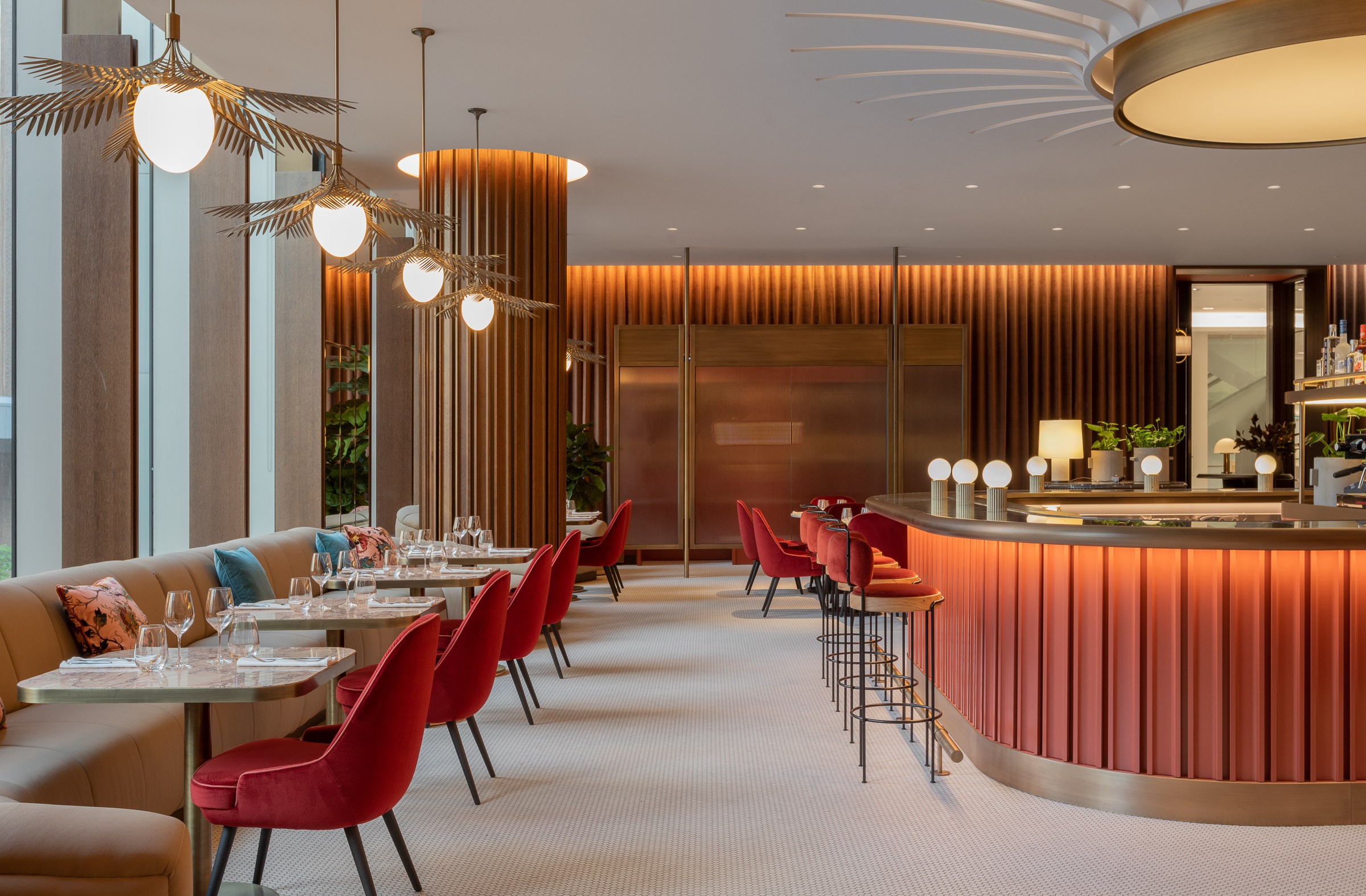 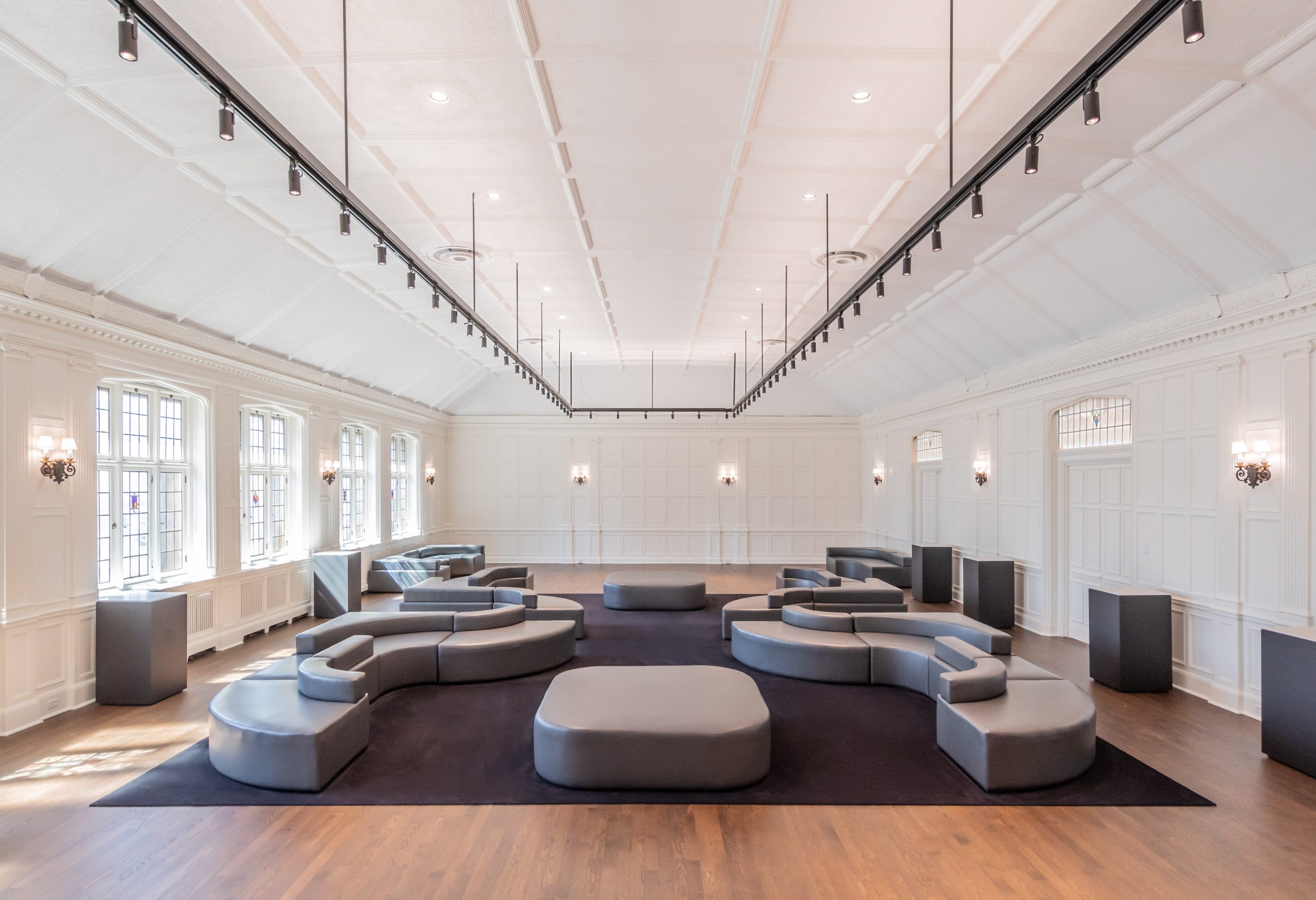