Gherardo Felloni celebrates the 55th anniversary of the iconic buckle detail with revived styles made for the 21st century.

Perhaps what can be considered as the everlasting symbol of Roger Vivier, the buckle signifies the eternal cycle of fashion, which draws tomorrow’s concepts from the past. From Roger Vivier to Gherardo Felloni, the buckle has undergone many permutations, but never losing its distinctive elements, which makes it a Maison signature.

Today, the Roger Vivier’s Creative Director, Gherardo Felloni, has taken the heritage of the past and has brought this into the 21st century to celebrate the 55th anniversary of the iconic detail.

Inspired by the iconic Belle Vivier from the 1960s, Felloni created a new signature buckle for a collection of shoes and bags. The Très Vivier features a decisively retro look, giving the signature buckle an update with more rounded curves.

For the Très Vivier pumps, Felloni also designed a chunky heel that comes in two heel heights, giving women the freedom to choose how to put their best foot forward – just as Monsieur Vivier did during his time.

With his vision of bringing the Maison’s distinct style to the modern, active women of today, Felloni also interpreted the signature buckle on Roger Vivier’s first running shoe, the Viv’ Run sneakers, which he debuted in his first collection and continues to be one of the most-loved styles each season.

One of the key styles for Spring 2020 is the Belle Vivier pumps, which Felloni reimagines with different materials, color combinations and buckle styles – covered in leather, polished in metal or encrusted in crystals – a fitting tribute to the 55th anniversary of the buckle this year. 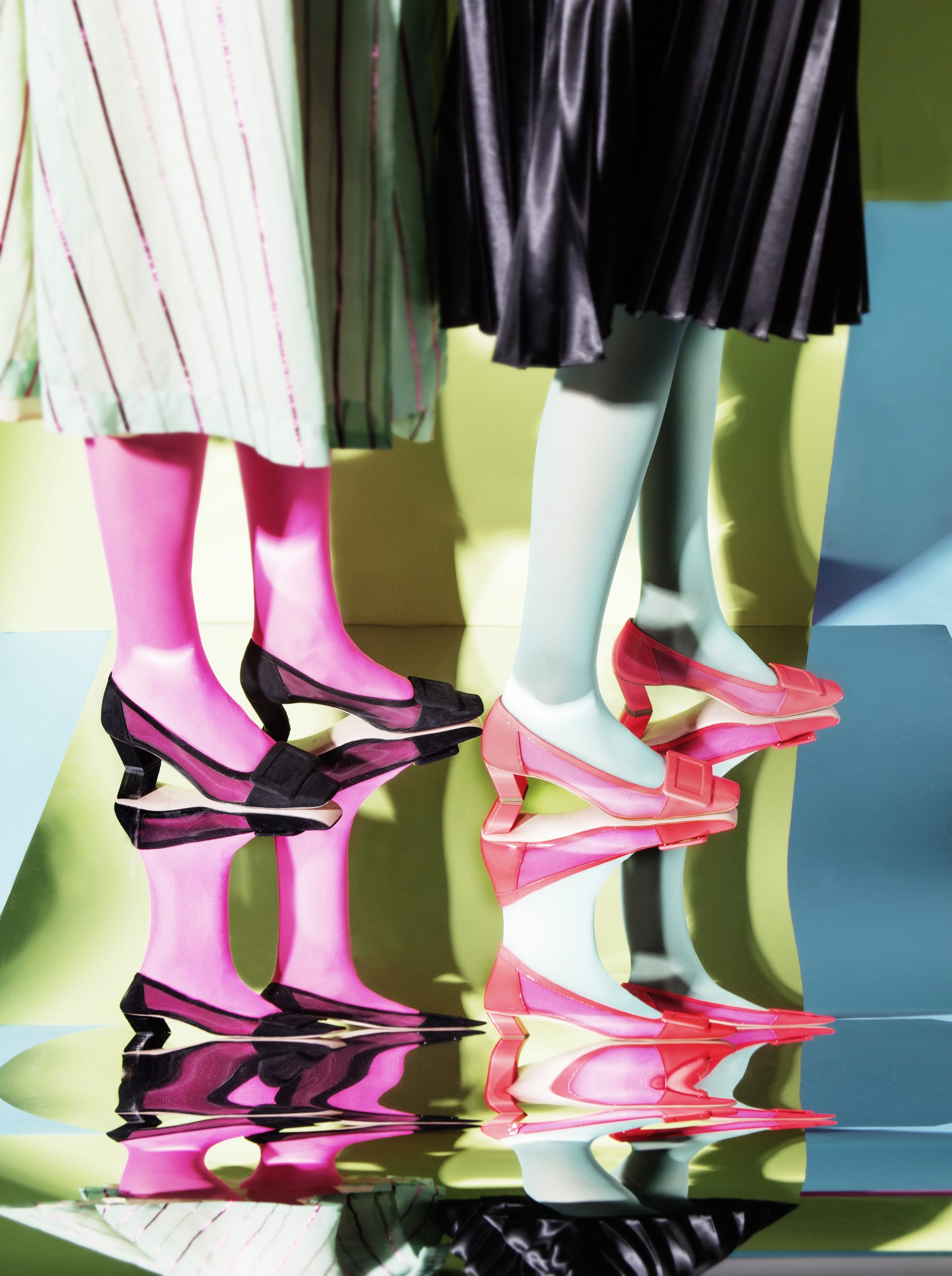 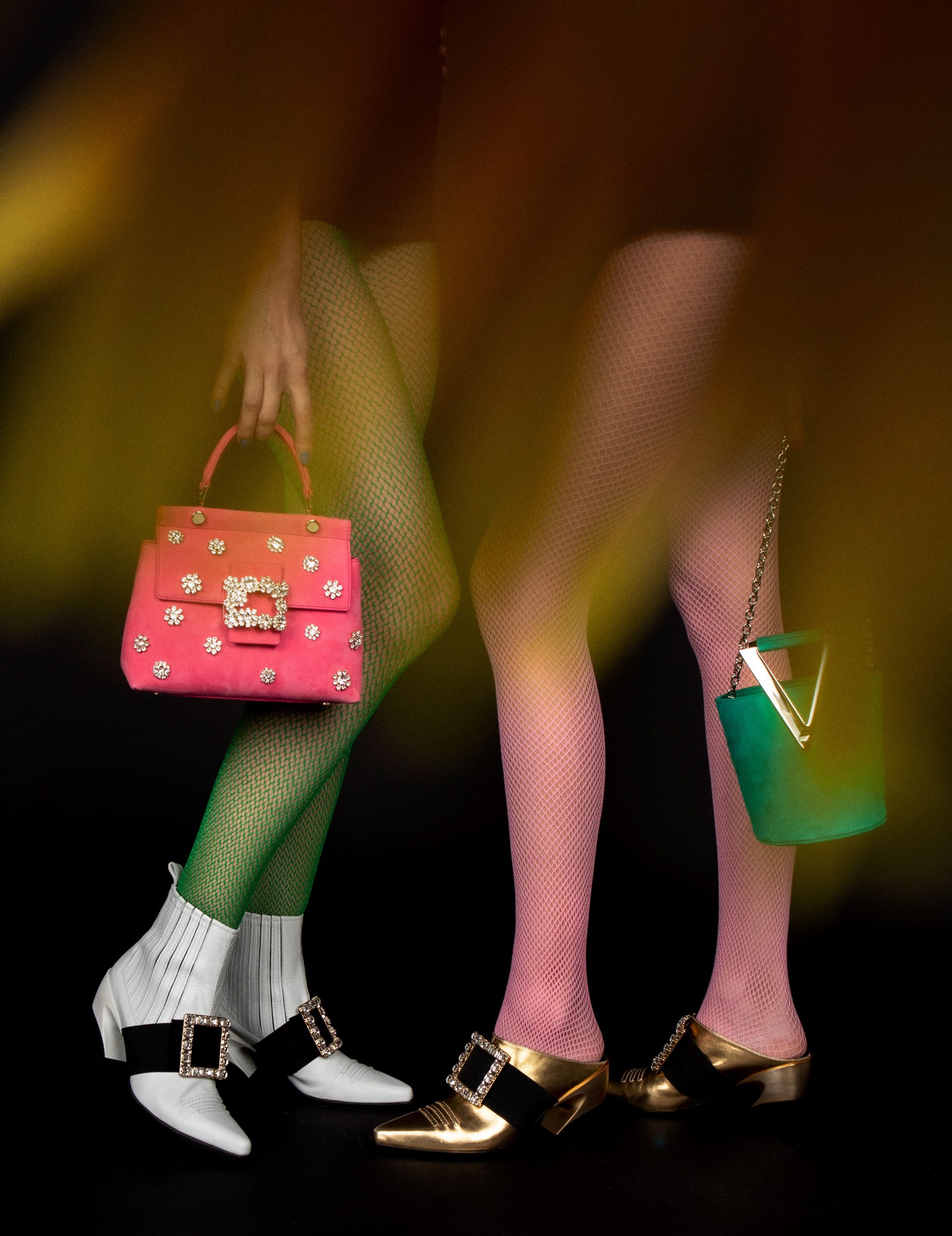 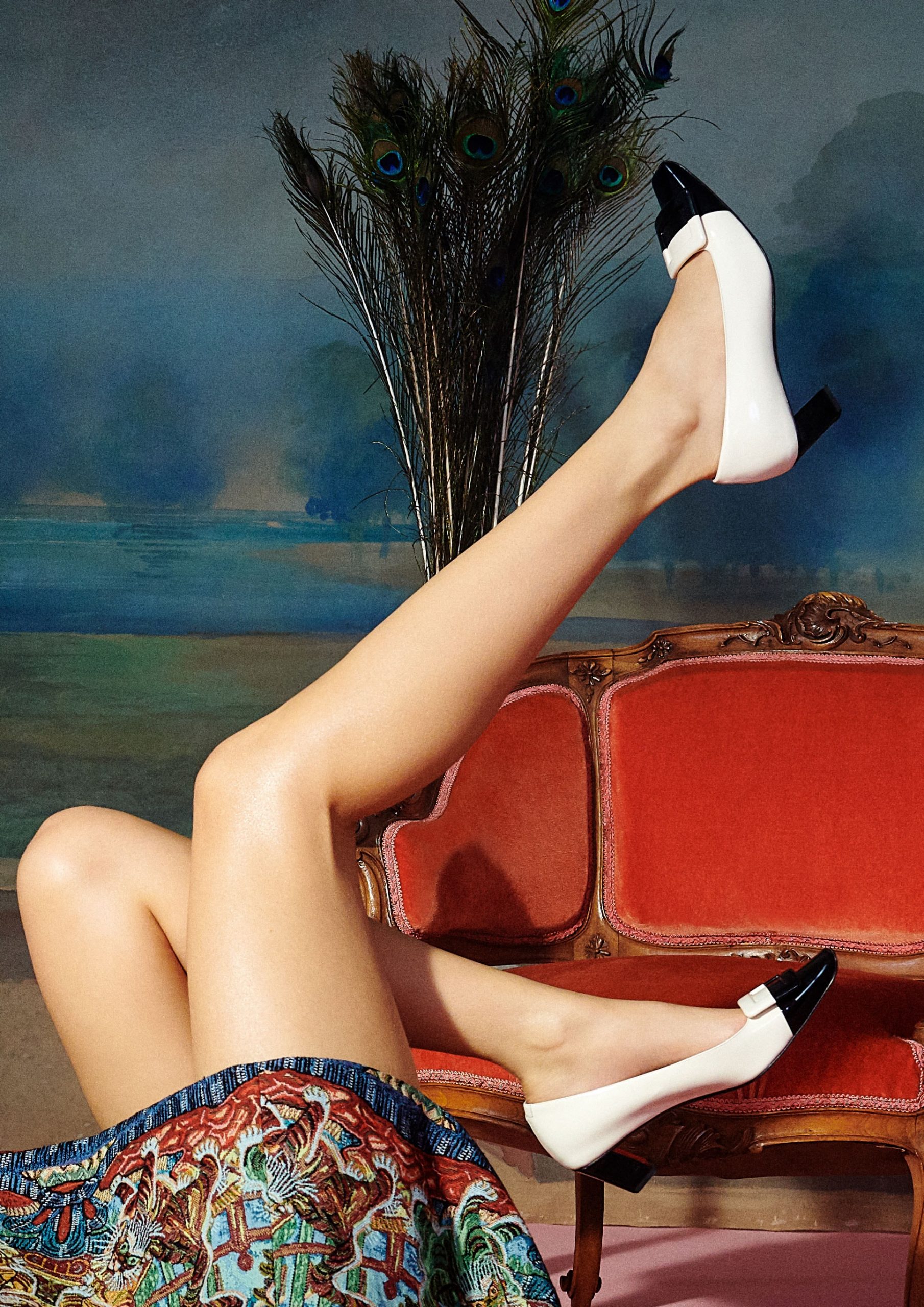 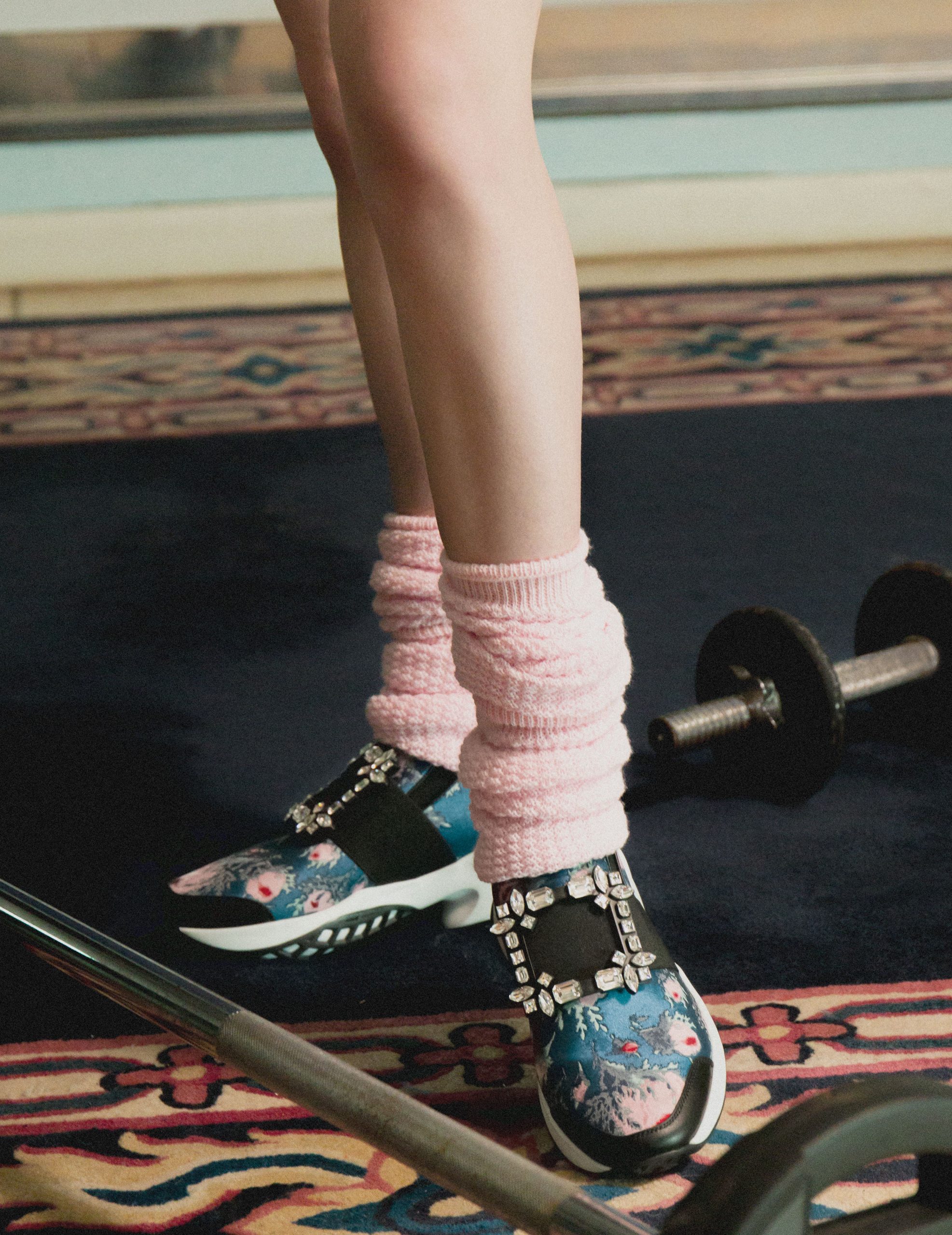 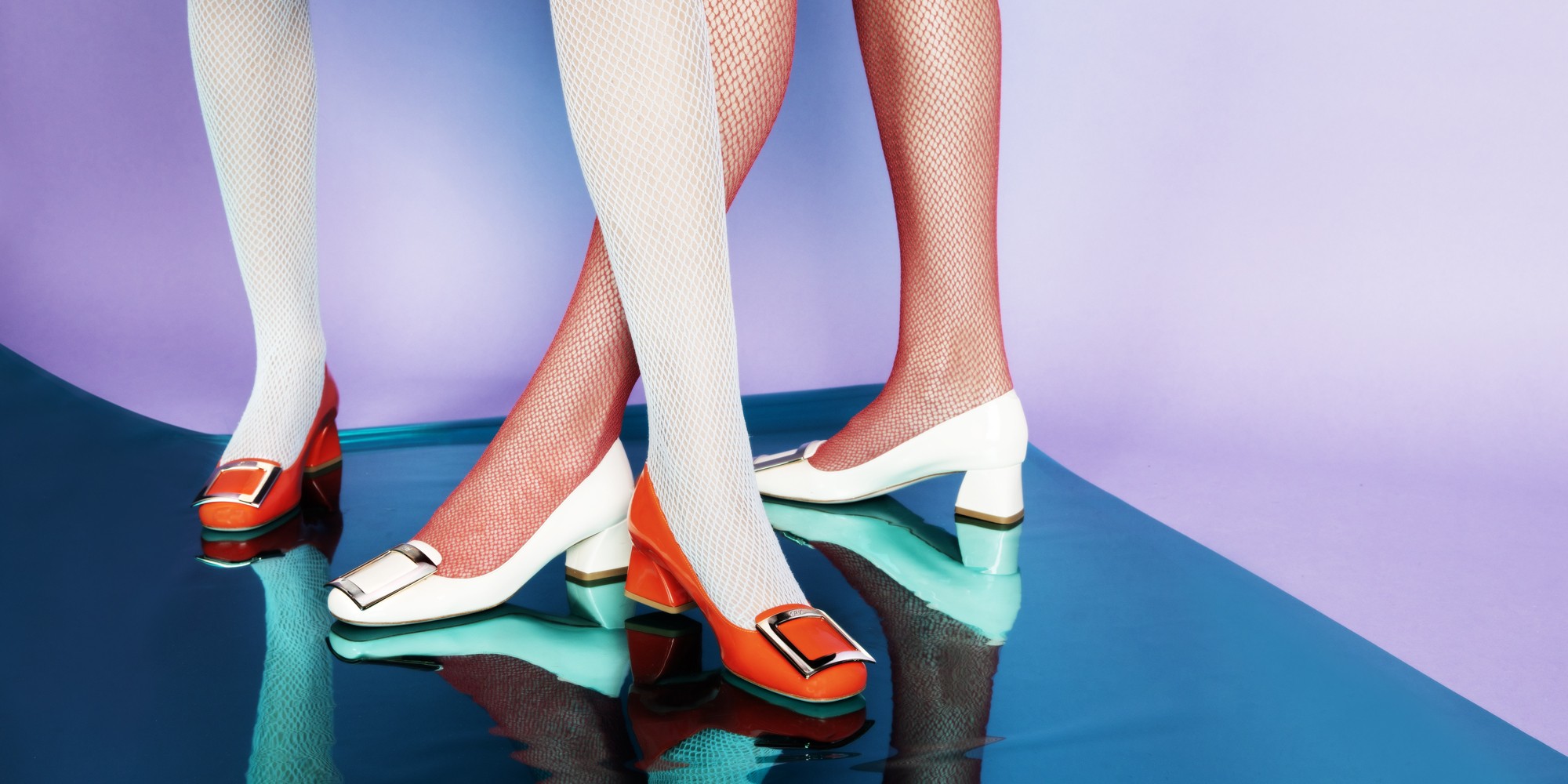