Dior reveals the campaign for the fall ready-to-wear collection by Maria Grazia Chiuri, inspired by the rebel elegance of Teddy Girls.

In front of the objective of Brigitte Niedermair, the models Selena Forrest and Ruth Bell embody the committed spirit of these creations. On the occasion of her first campaign for the House, the Italian photographer – whose staging with graphic power gives life to fascinating diversions – imagined an artistic dialogue between past and present, figurative and art of purity. His contemporary look sublimates, through a game of curves and abstractions,
the icons of the Dior style.

A veritable ode to sorority, this series of shots outlines the contours of an affirmed femininity, like the silkscreen T-shirts Sisterhood is Global and Sisterhood is Powerful, which pay homage to the literary works of the American feminist poet Robin Morgan.

Like a modern echo in the 1950s and the silhouette of the New Look, the Bar jacket has been redesigned in a more masculine line, highlighted by belts evoking the iconic curves of the Saddle bag. The latter, declined denim punctuated with the Dior Oblique pattern,
is revealed alongside the Dior Book Tote and Diorcamp, both dressed in gingham, the iconic Lady Dior, revisited in matte leather, and the new home must-have , the 30 Montaigne bag, presented in an unpublished version in crushed lamb leather, with a vintage effect.

A standard of British culture dear to Christian Dior, the tartan meets the toile de Jouy and the leopard, fetish codes of the couturier-founder. A statement of elegance according to Dior, punctuated with precious couture accessories, where shoes and heels, with small heels, pearls and sunglasses hemmed with crystals, rub shoulders with the reversible veil bobs created by Stephen Jones, the British hatter of the House. 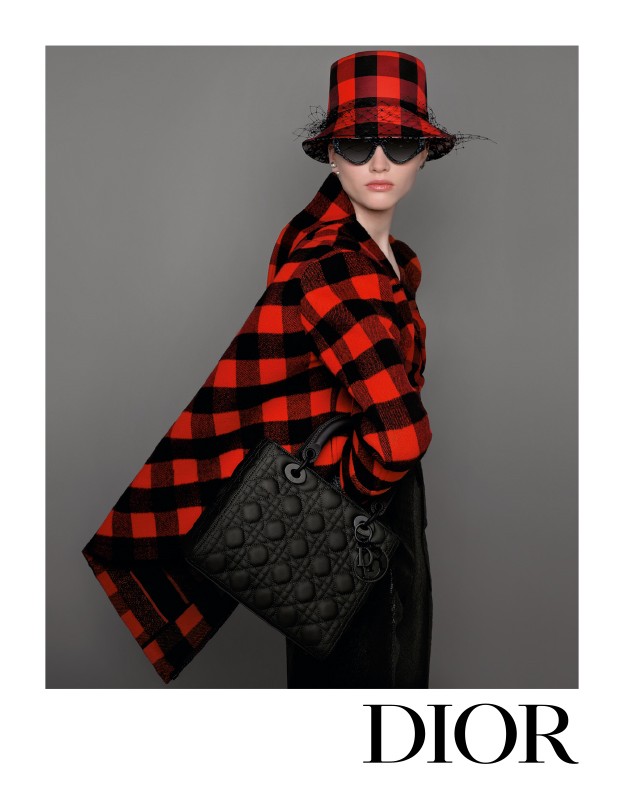 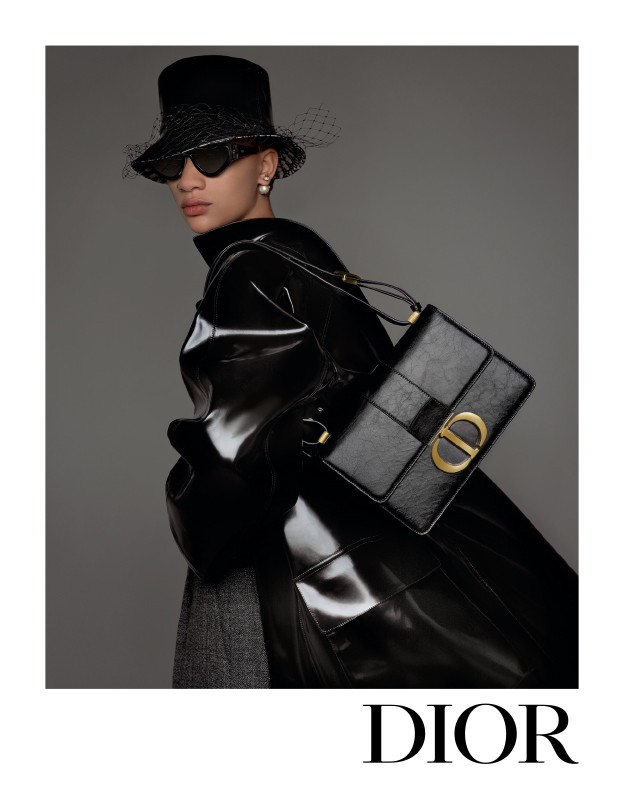 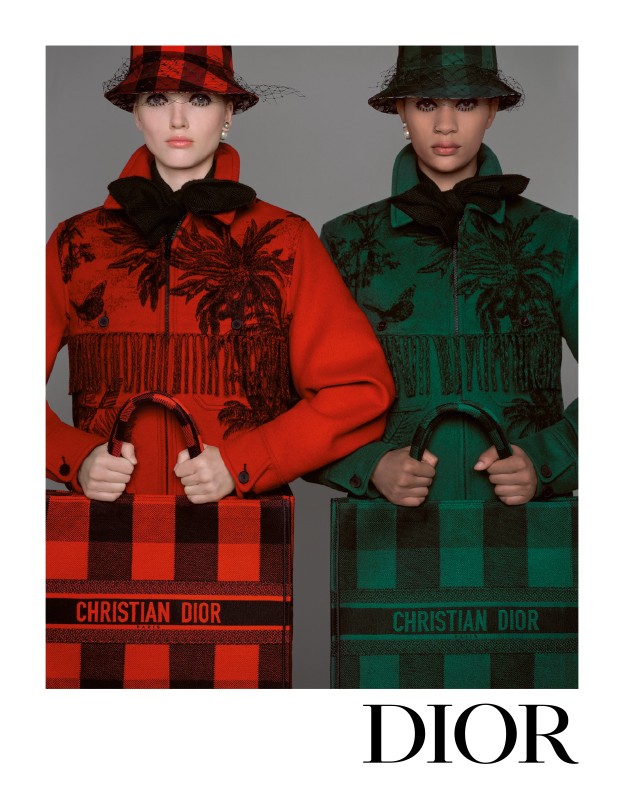 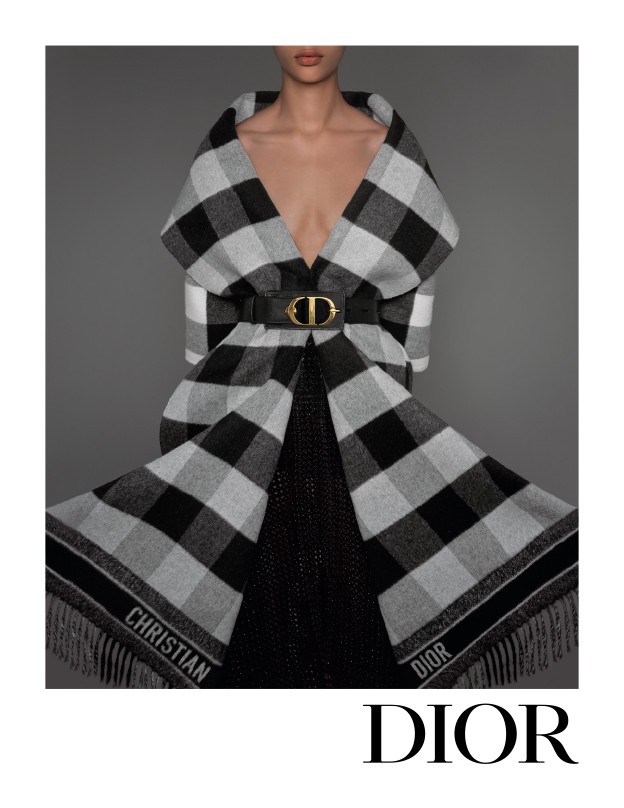 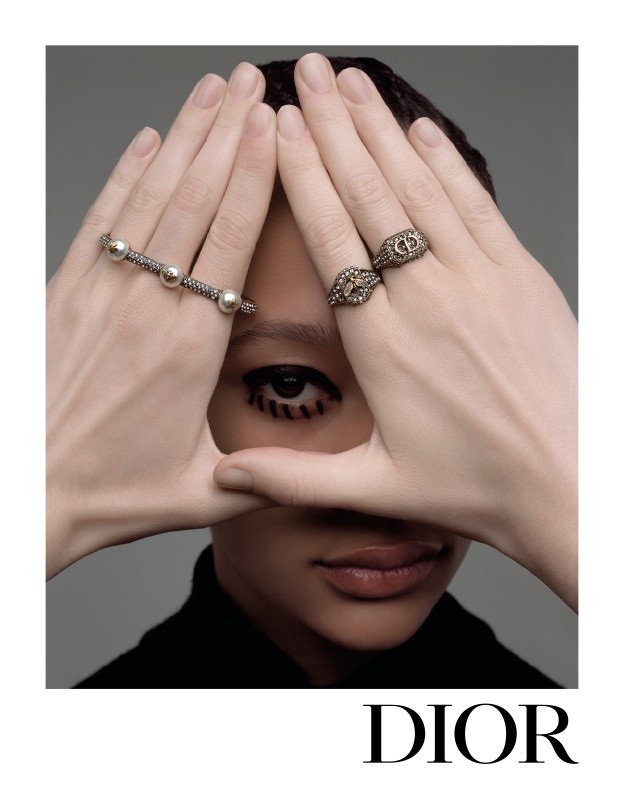 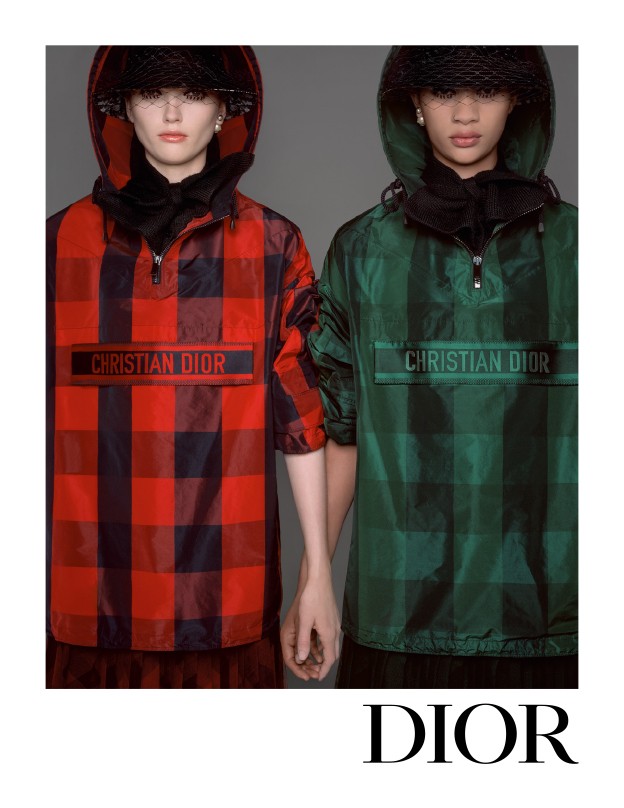