Roland Mouret channels Grey Gardens with a Pre-Fall lookbook staged at a house and garden in Greenwich, London.

For the Roland Mouret 2019 collection for Pre-Fall, the designer directed the models to channel Big Edie and Little Edie in Grey Gardens, “Women trapped in a grand world—in their heads,” he said. “It’s this idea that clothes are an extension of who you are.” So there’s some posh tailoring in picnic checks, a humorous nod to the headscarf, and a soft unlined tweed patchworked coat.

Mouret opts for something more fluid, while still retaining the stamp of his identity. “It’s about the silhouette we stand for,” he says. The square cutting, wrapping, and folding of fabric he began with is still here, giving flare to the skirt of a coat in movement, in tied waists, and in the bias geometry of his one-shoulder dresses.

Apart from the punchy red he’s used for dresses and a coat-and-trouser look, it’s the the petrol lamé silk, used in a pajama suit and in a striking caftan dress. The last might seem different from the pencil-skirted, power-mesh lined Galaxy dress which made him his name in the aughts, but still, it’s fashioned from one piece of square fabric, developed from the same method of problem-solving he’s been applying since he began. 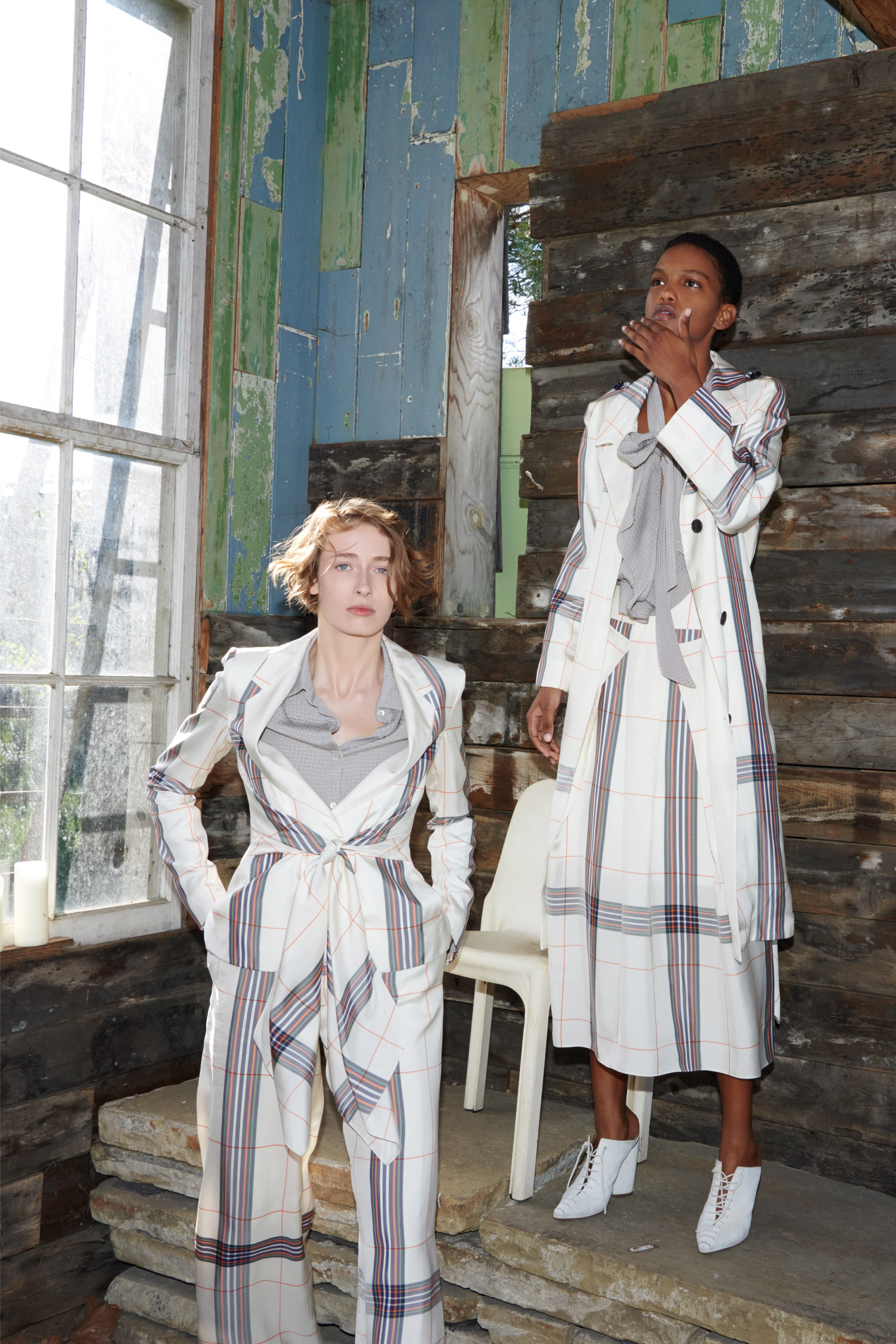 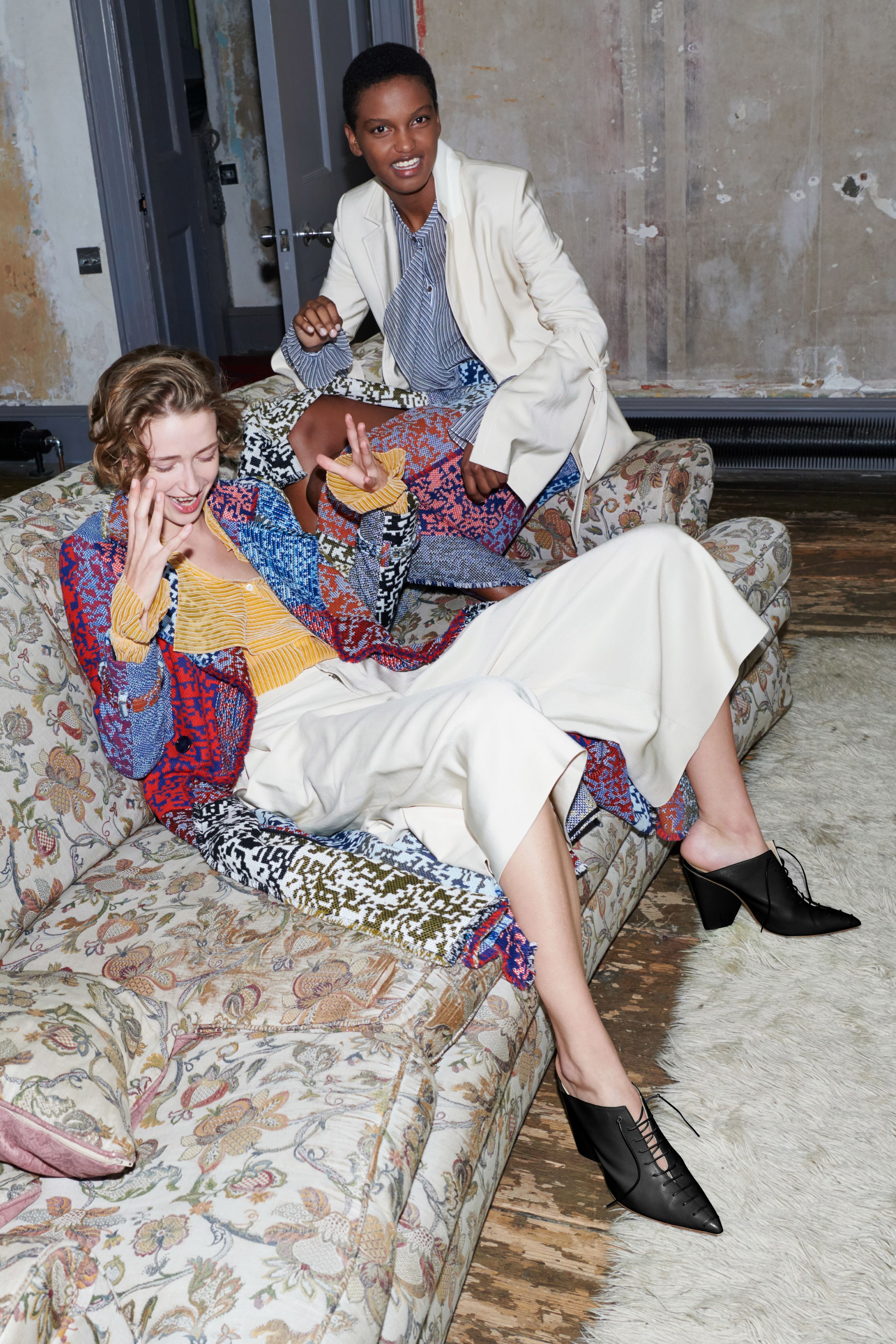 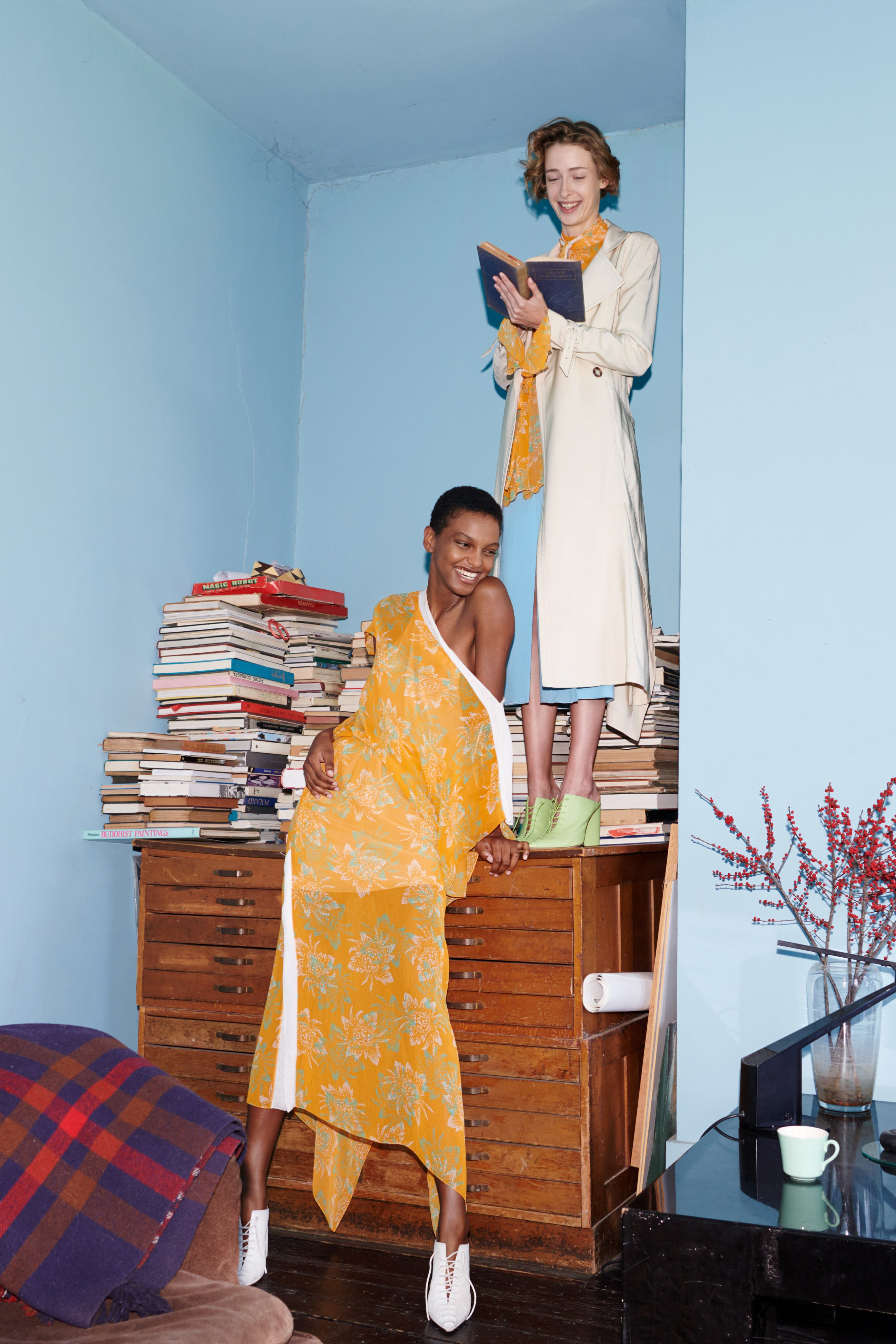 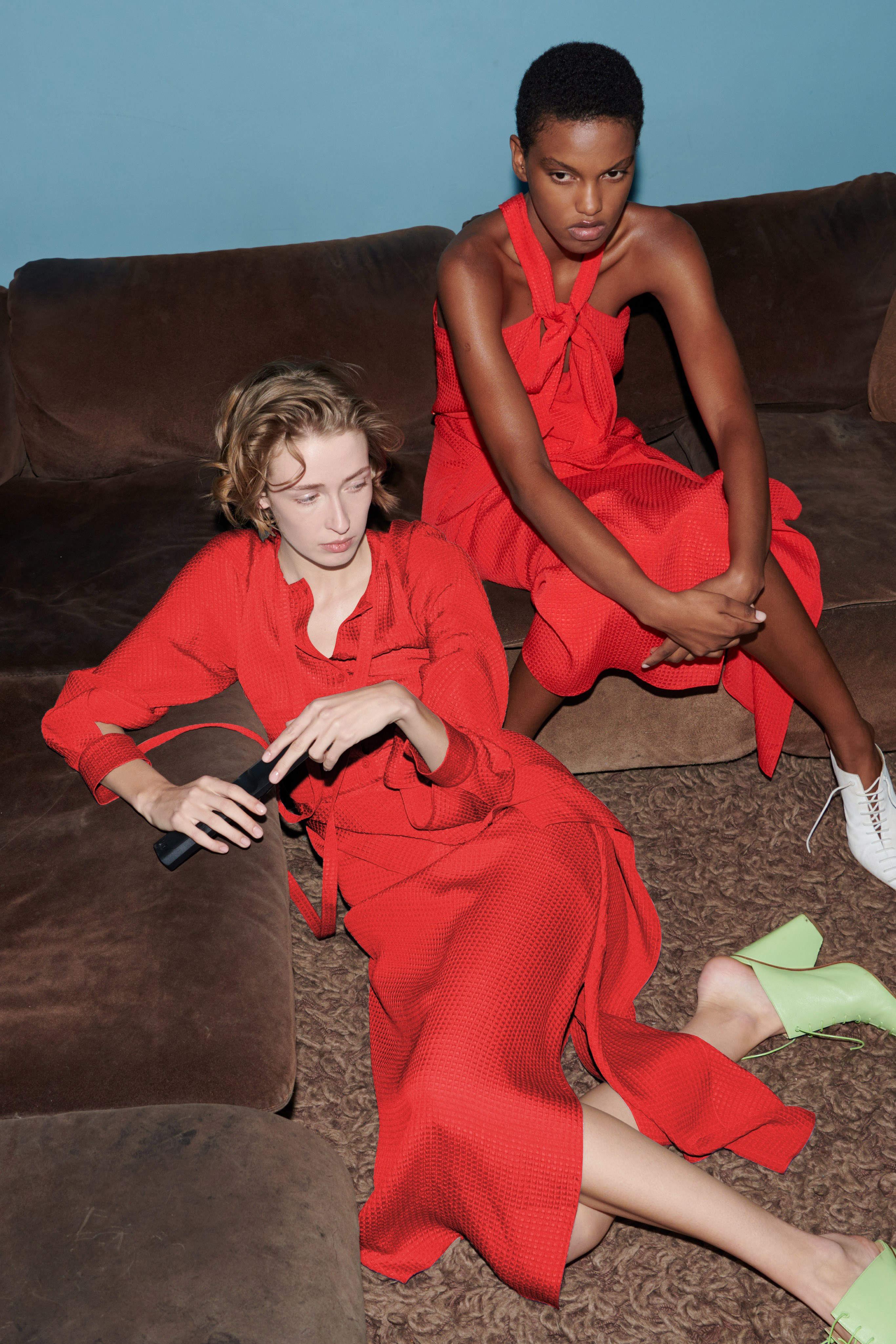 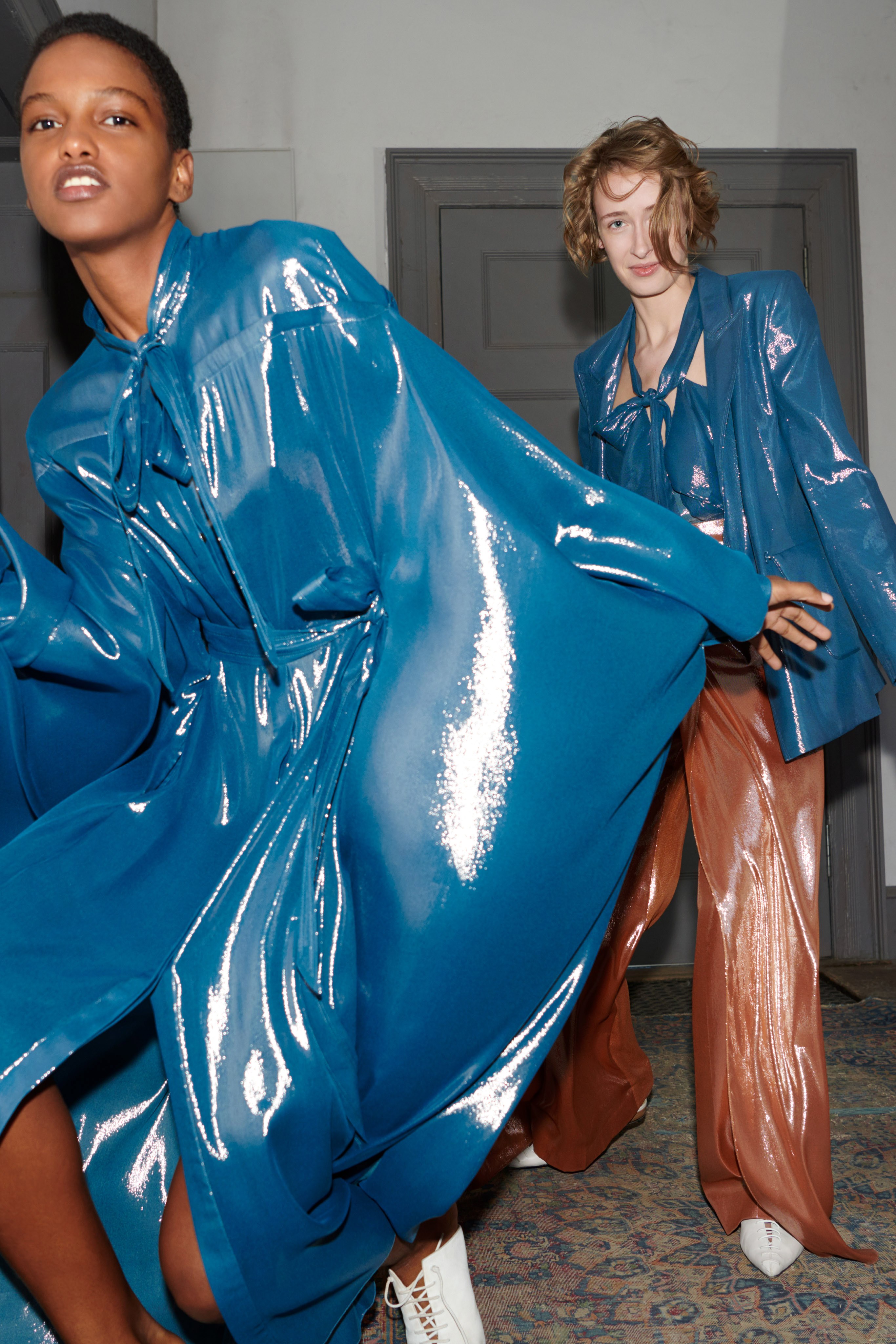 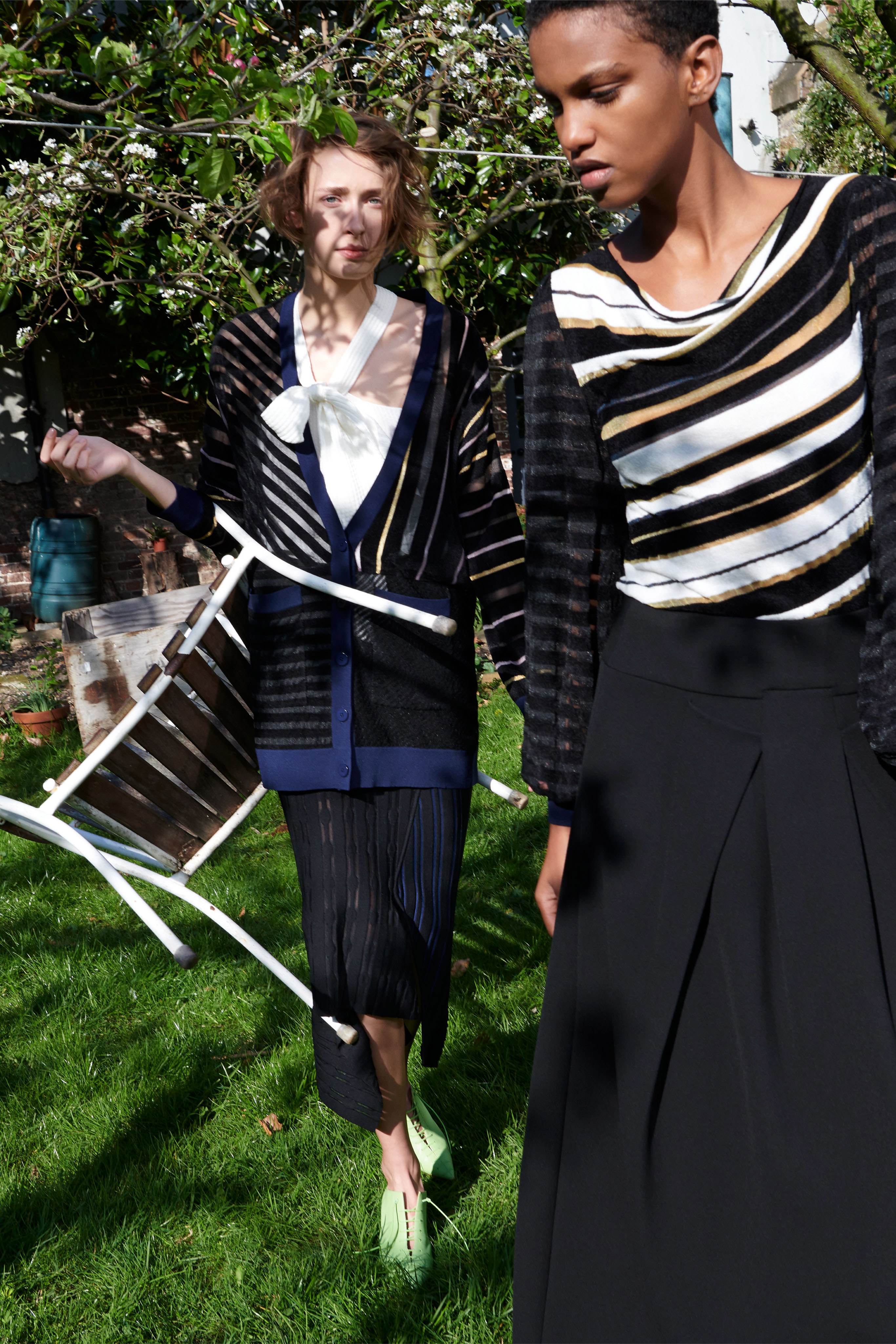 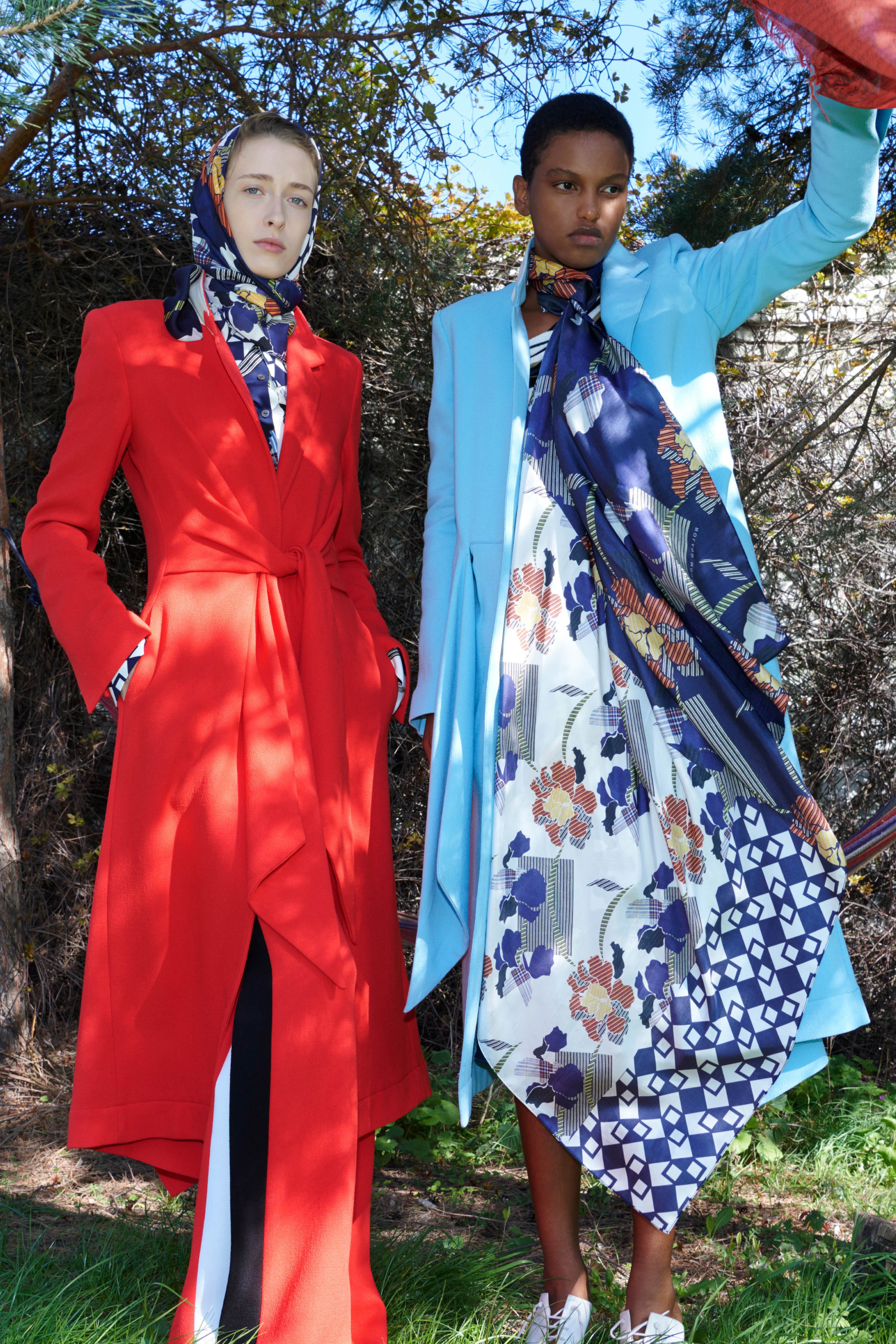 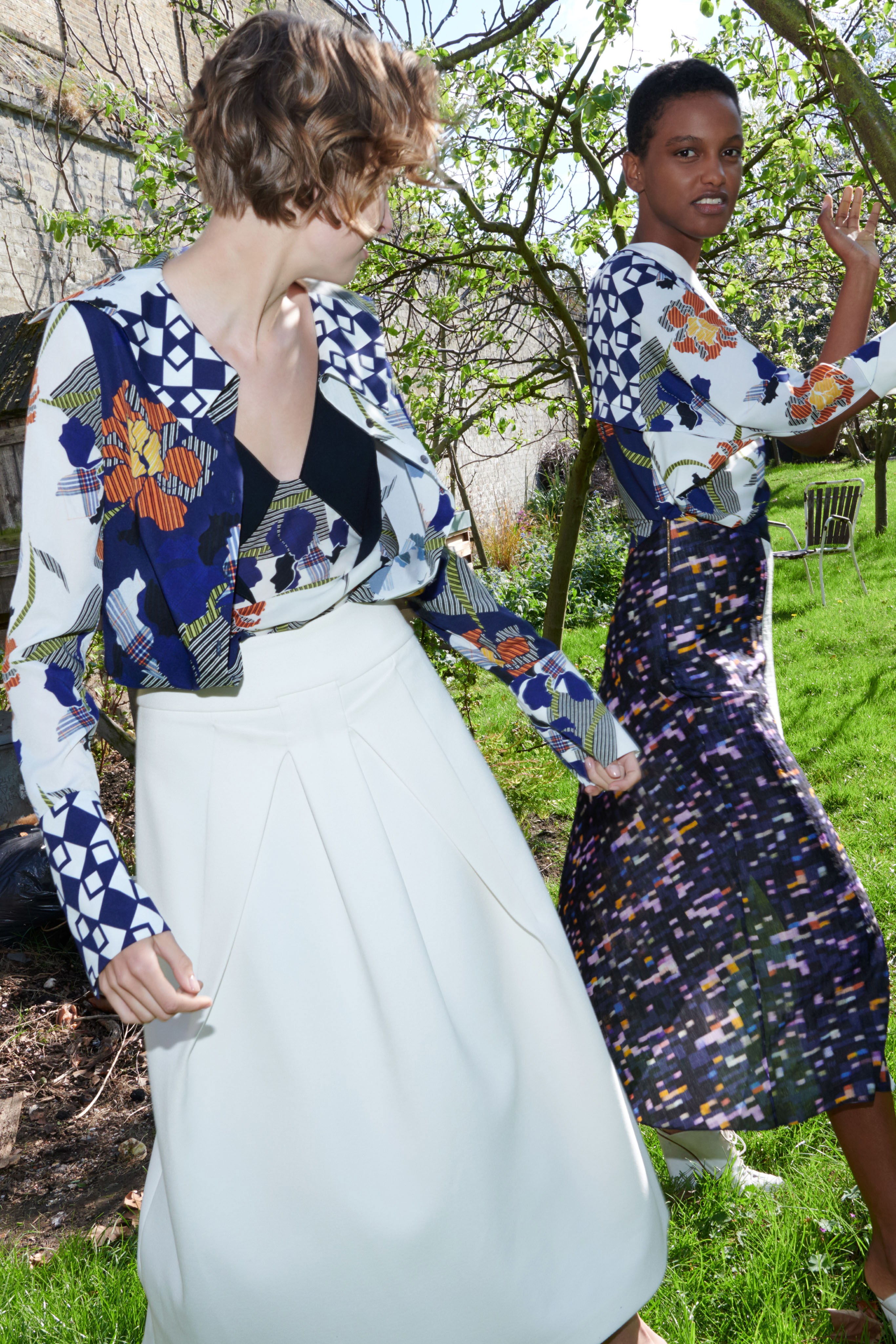 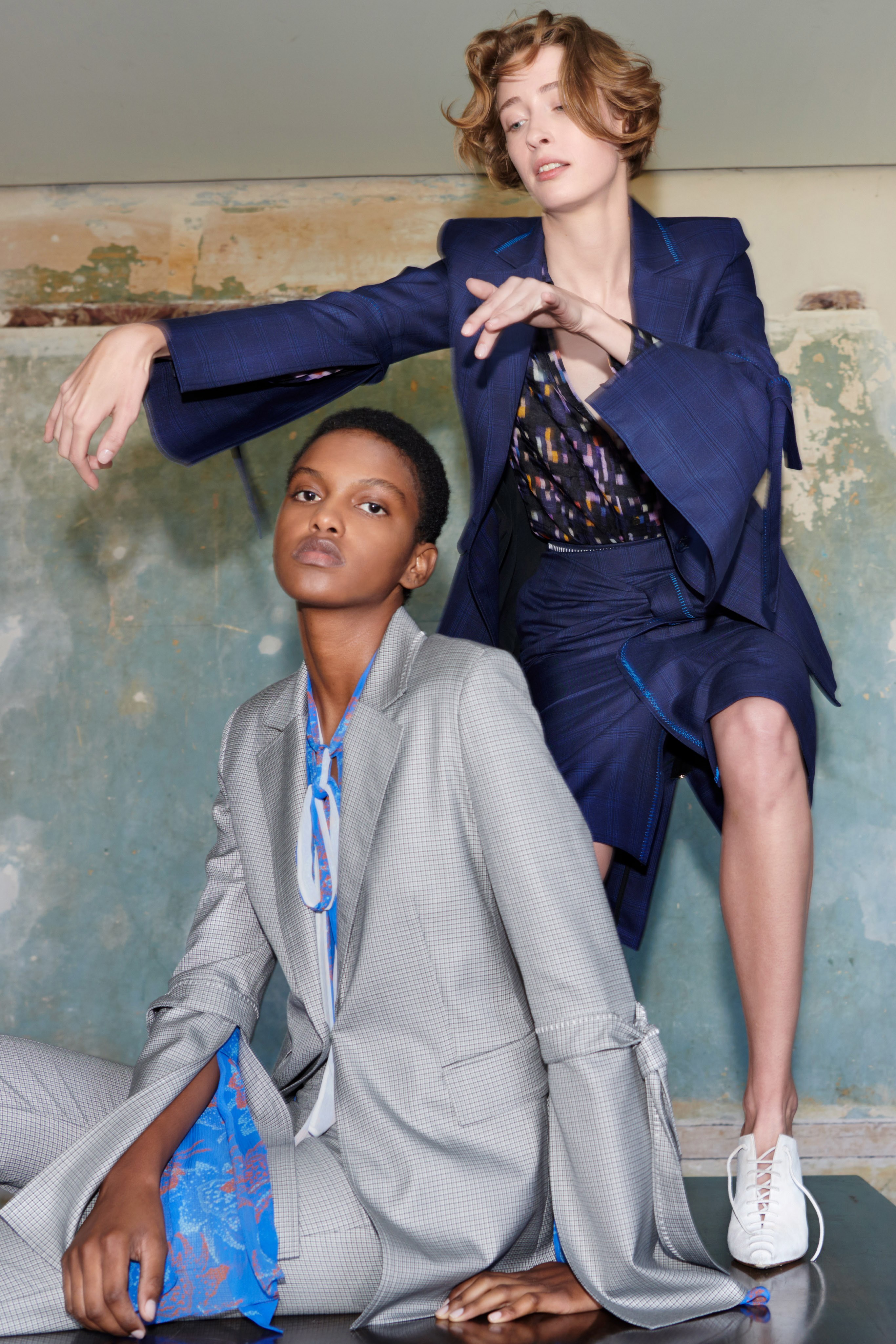 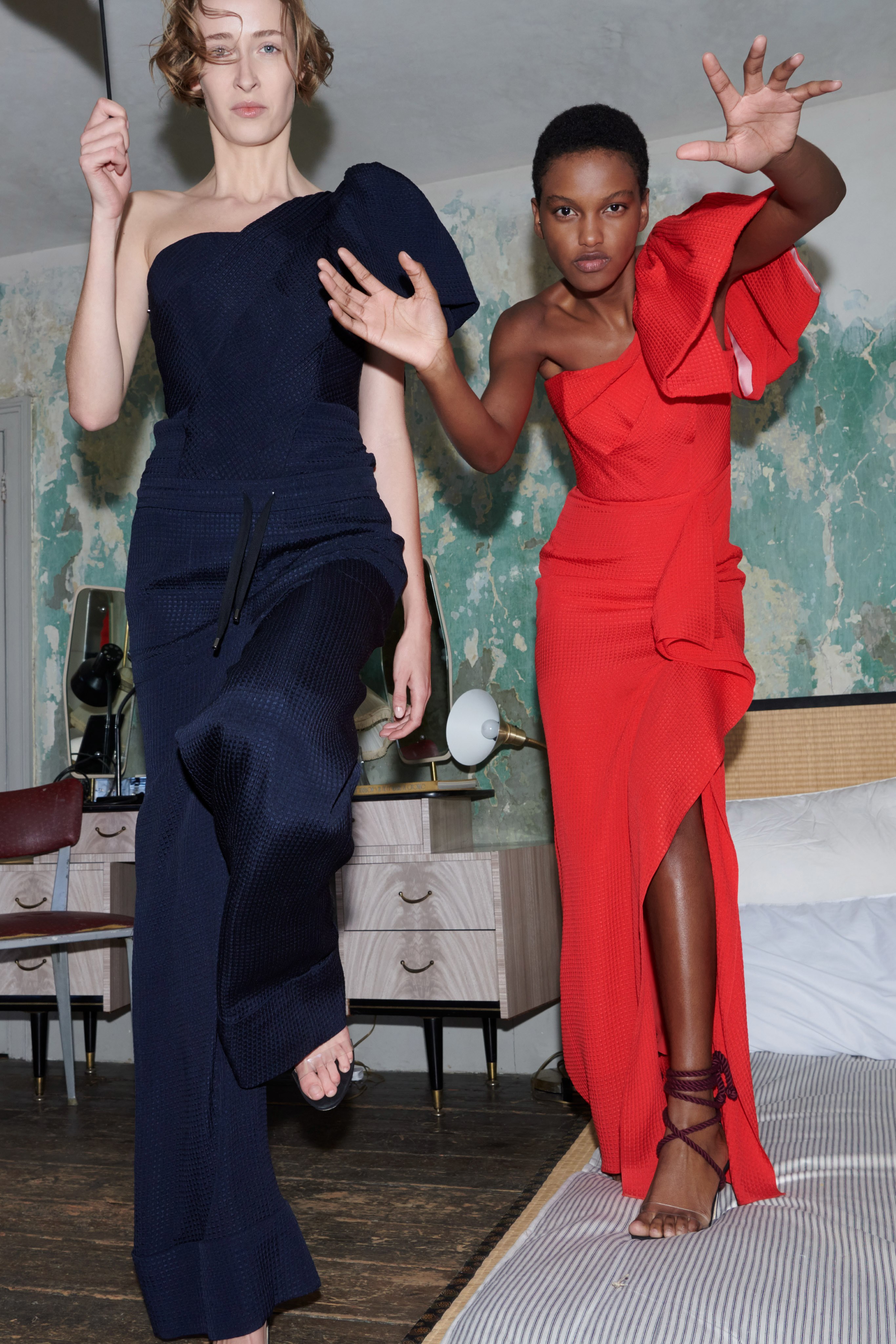 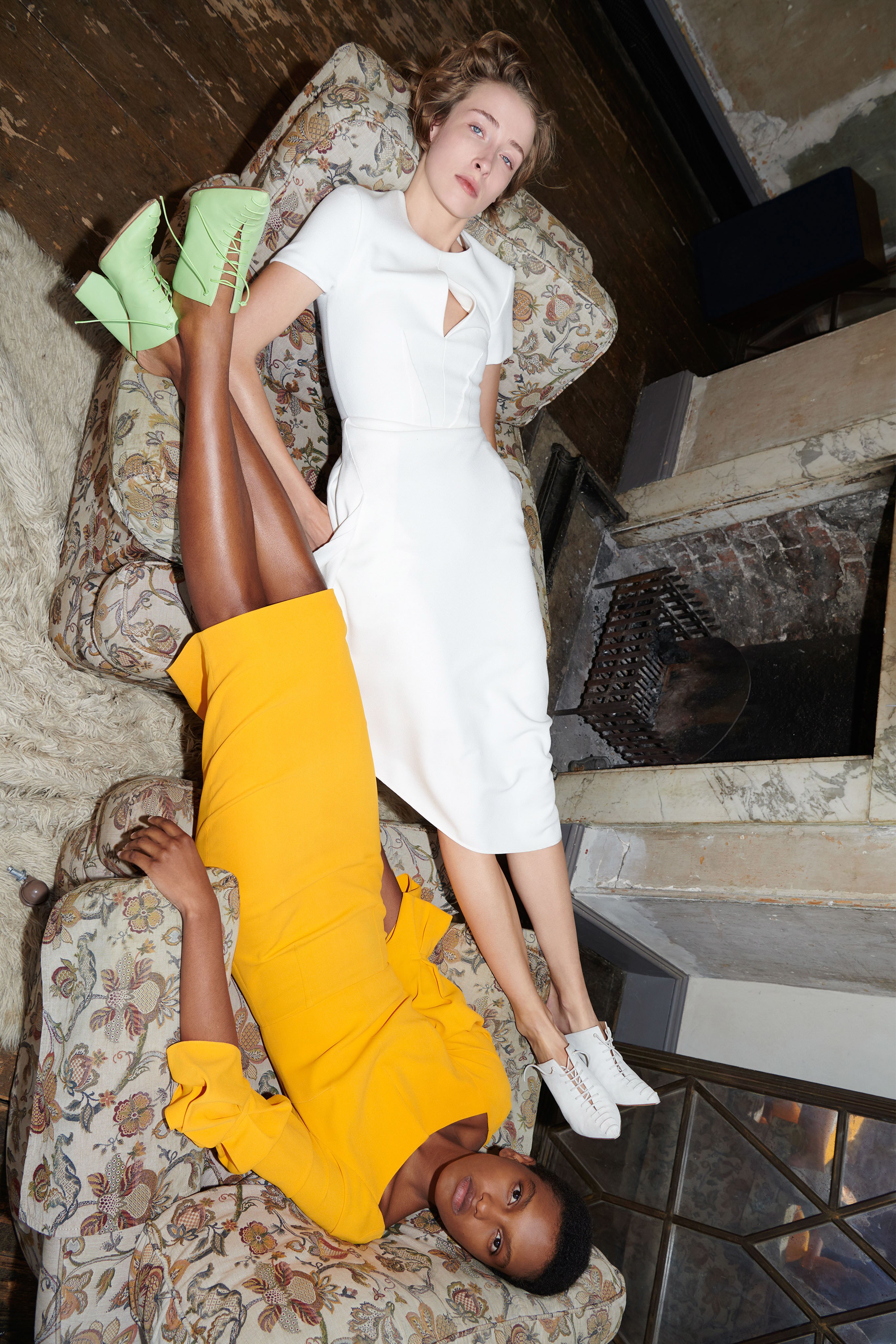