The collection is inspired by Westwood’s techniques of taking a unisex approach across styles with classic double-breasted jackets, a reimagined hugger jacket and leather-buckled mini kilt from Westwood’s Anglomania 1993 collection, lace-up platforms, a silk shirt with an oversized point collar, boxer shorts with front pleats and a beret with slogan pins.

The collection is the first collaboration for Burberry under creative chief Riccardo Tisci and the company said that he, Westwood and Kronthaler “were united by a shared vision to support and promote Cool Earth, a UK based non-profit organisation that works alongside rainforest communities to halt deforestation and climate change.”

Westwood will also customize four exclusive items from the collection to be auctioned to raise further support for Cool Earth, a non-profit organization that works to halt deforestation in rainforest communities. The only charity that works solely where the threat to the forest is greatest, on the frontline of deforestation. In addition to spreading awareness with the oversized tee, Westwood is working on customizing four exclusive pieces from the collaboration that will be auctioned off to raise funds for Cool Earth’s mission. 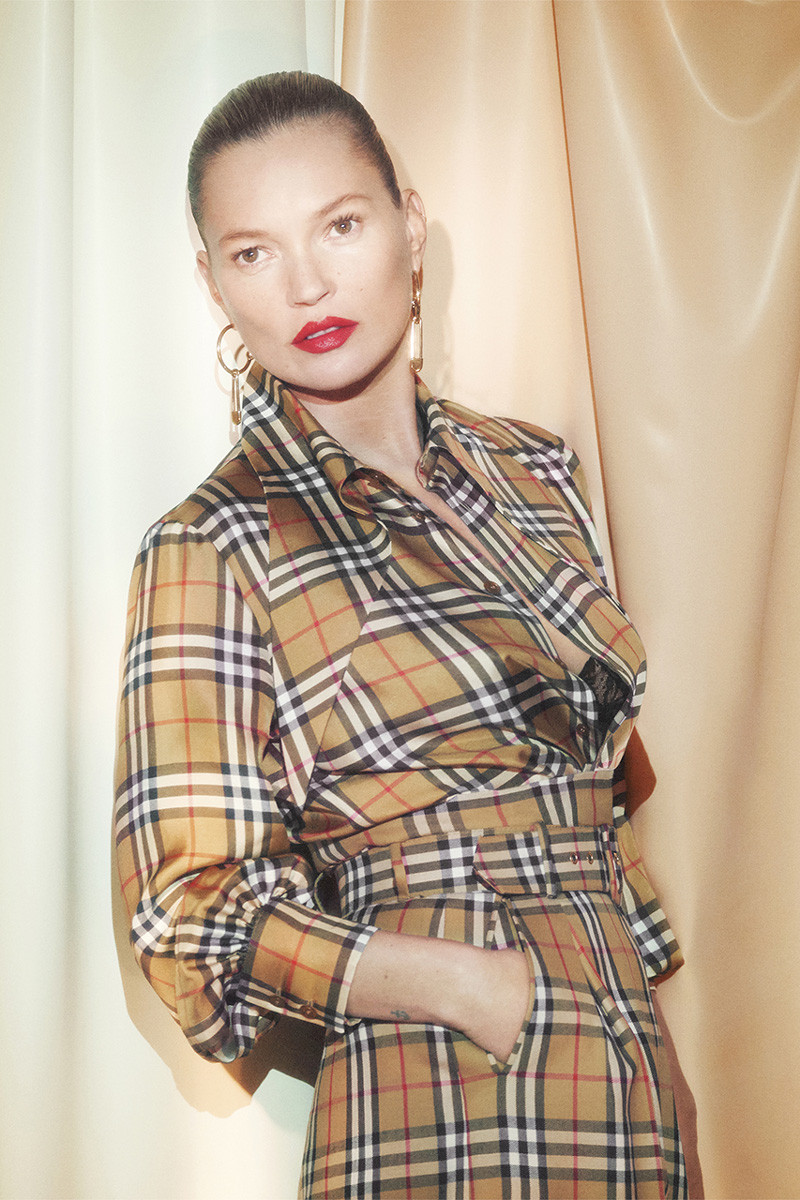 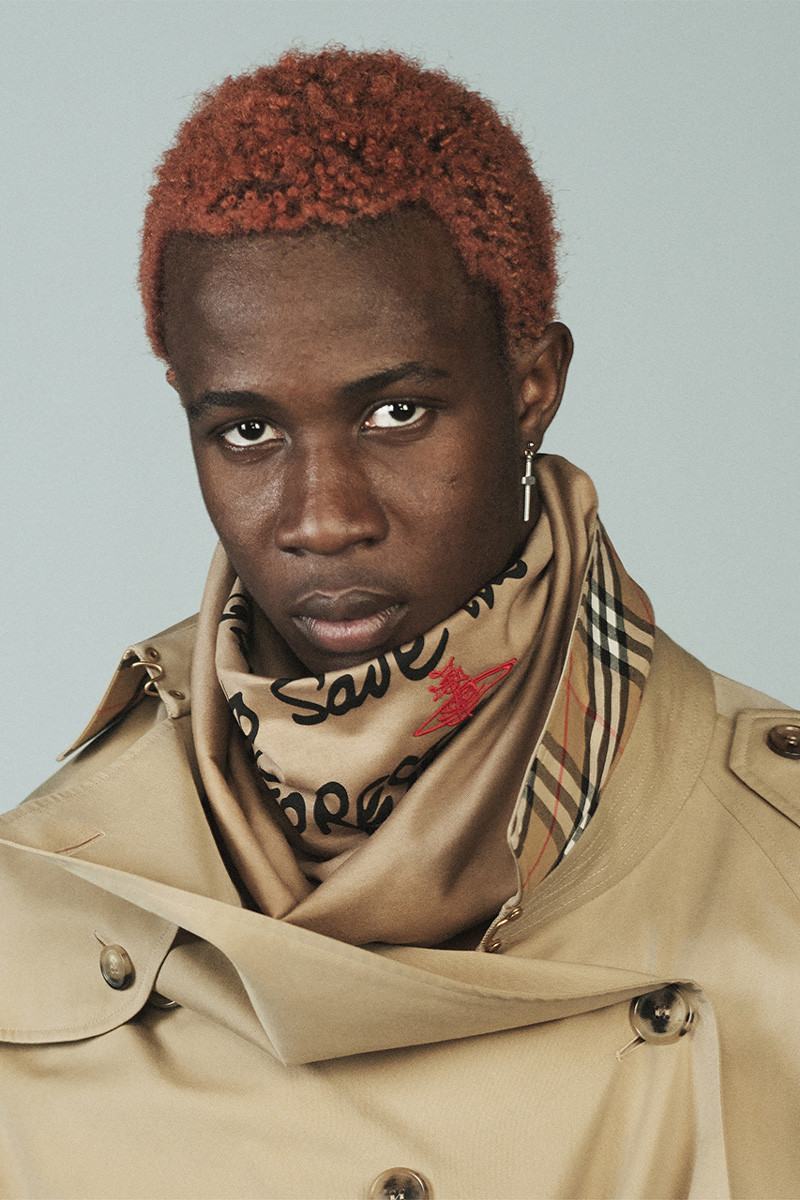 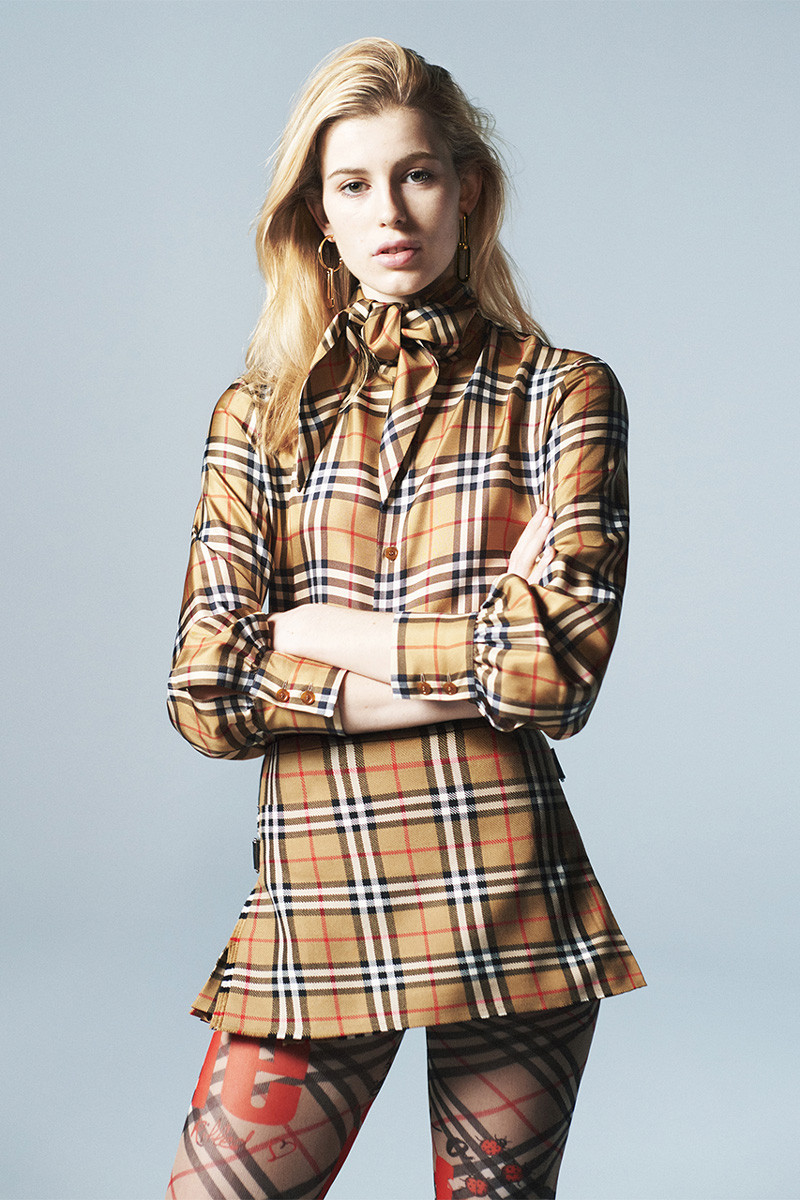 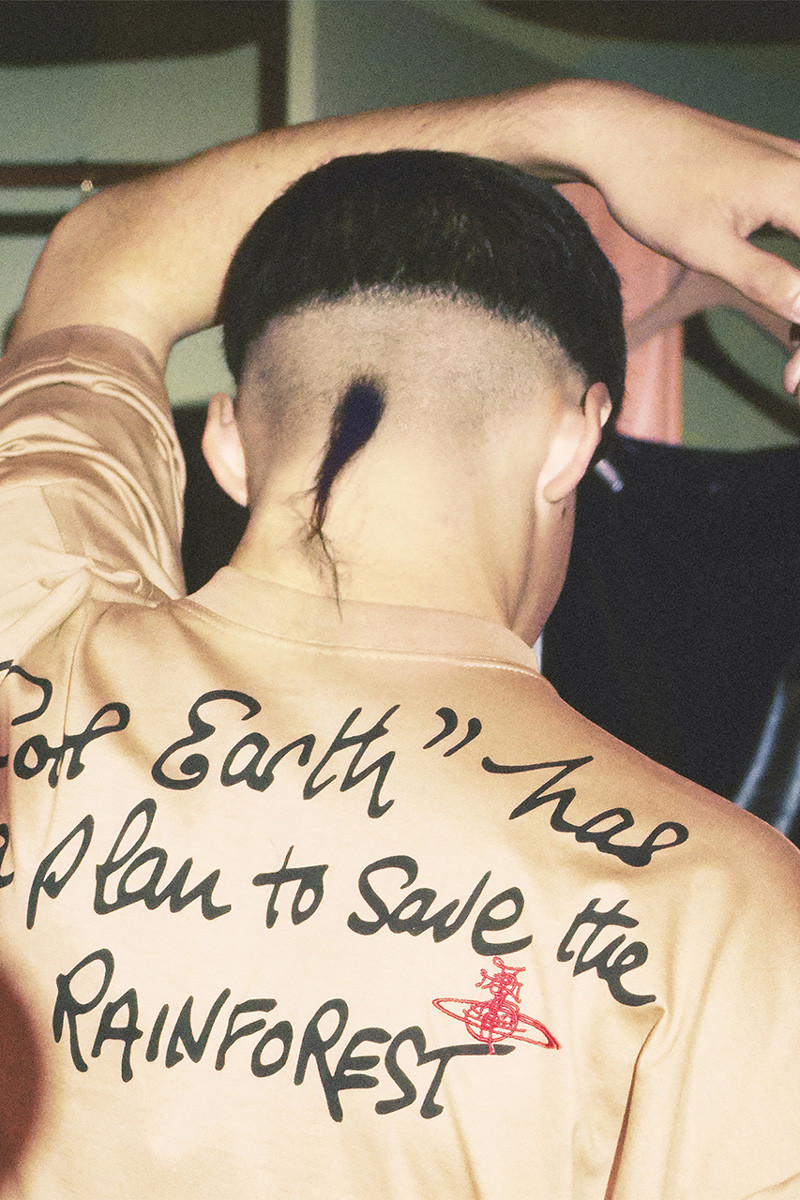 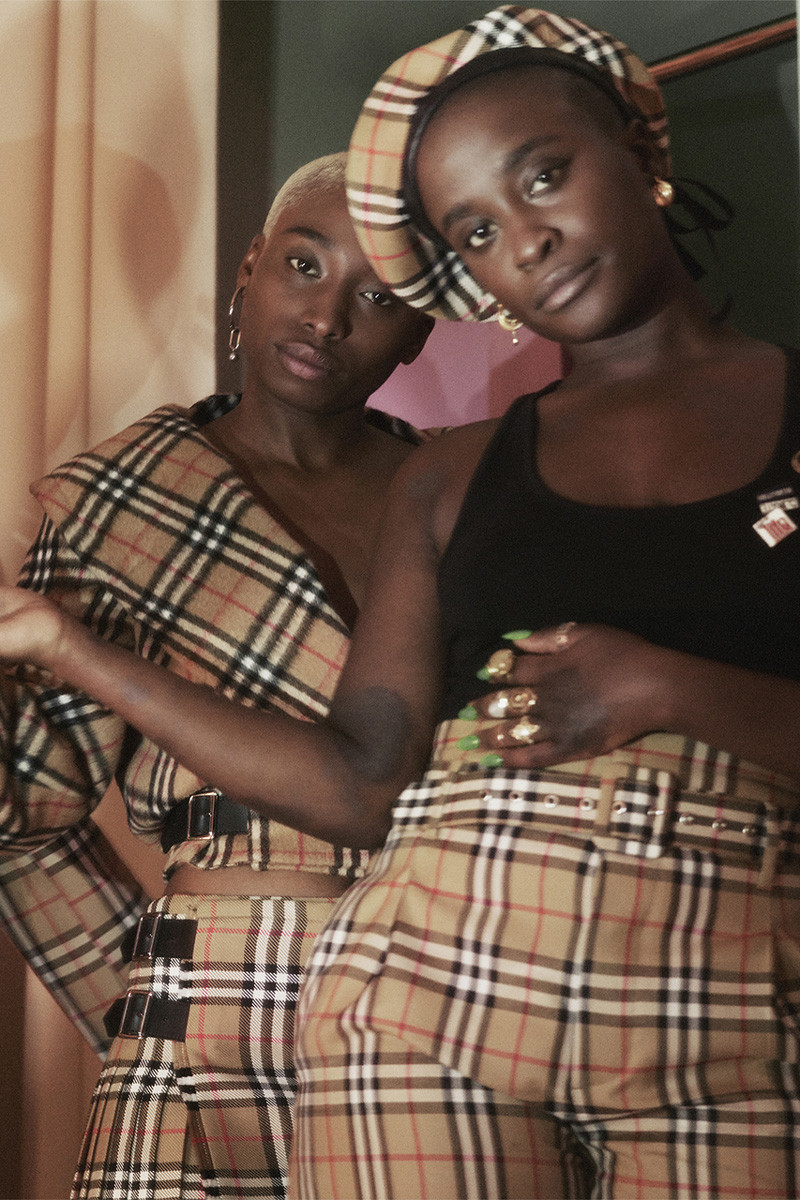 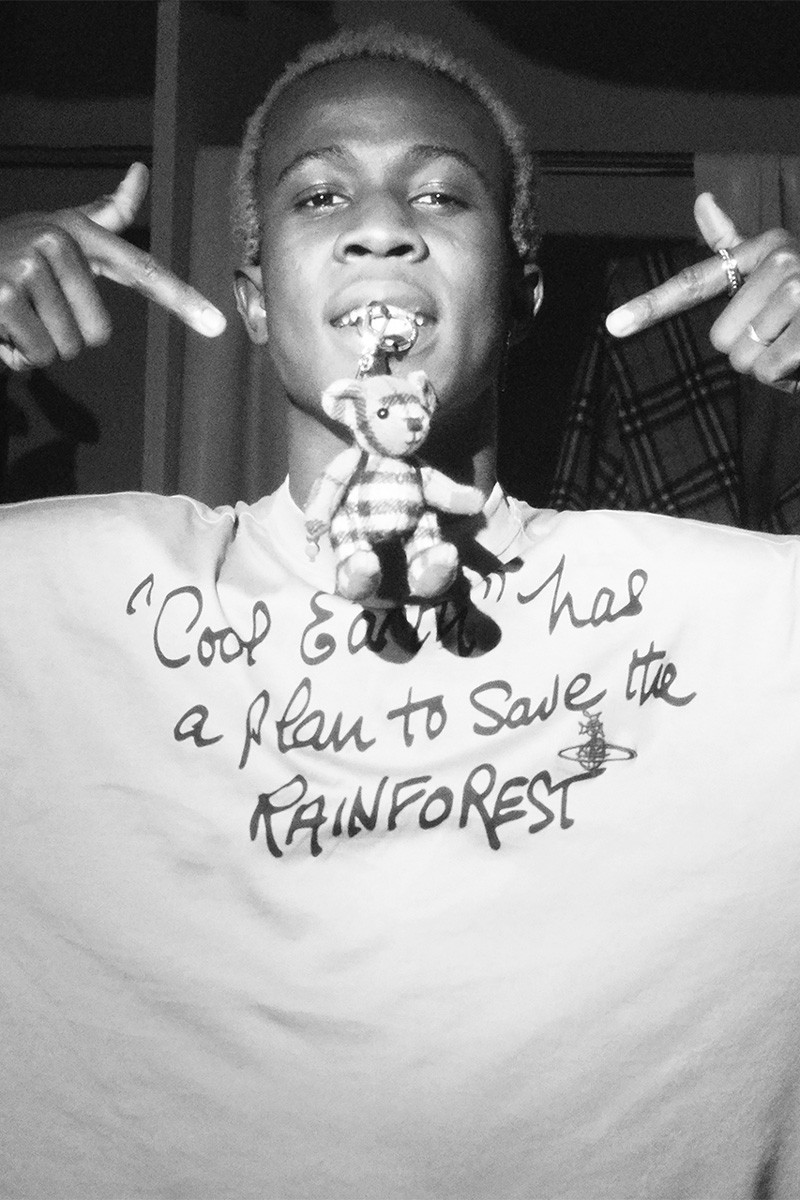 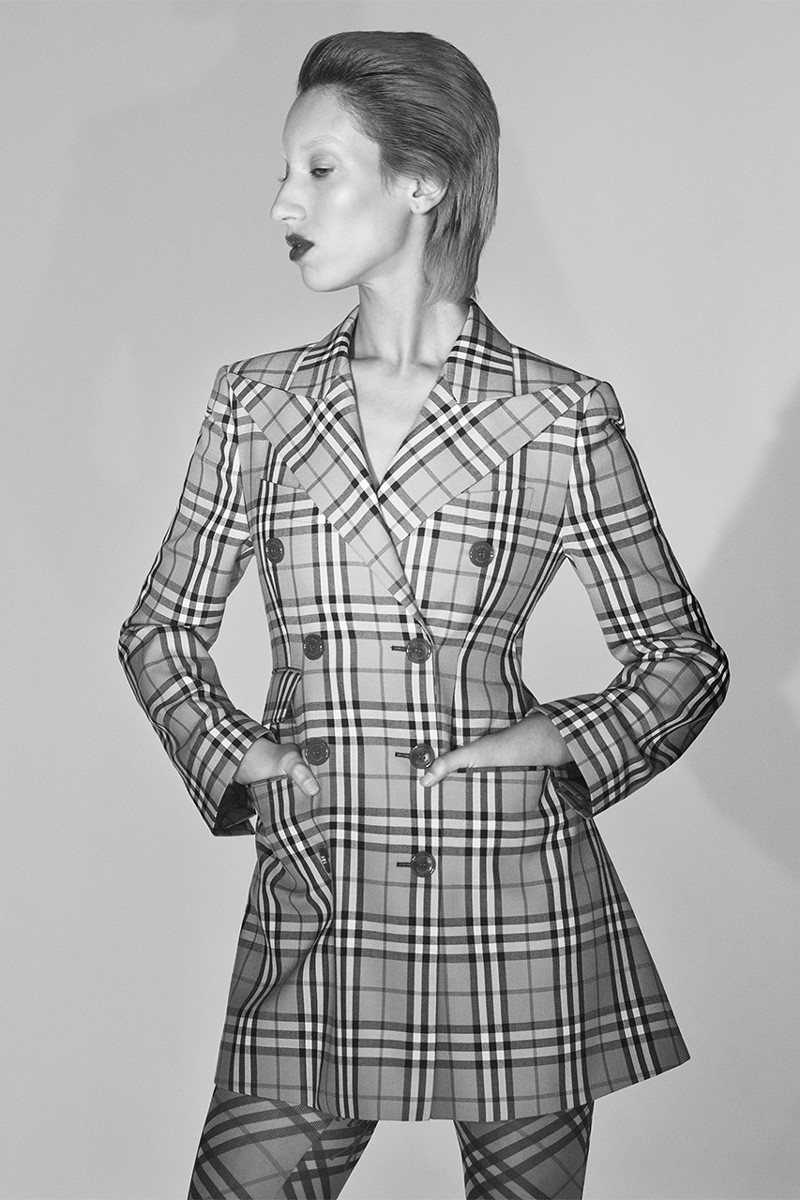 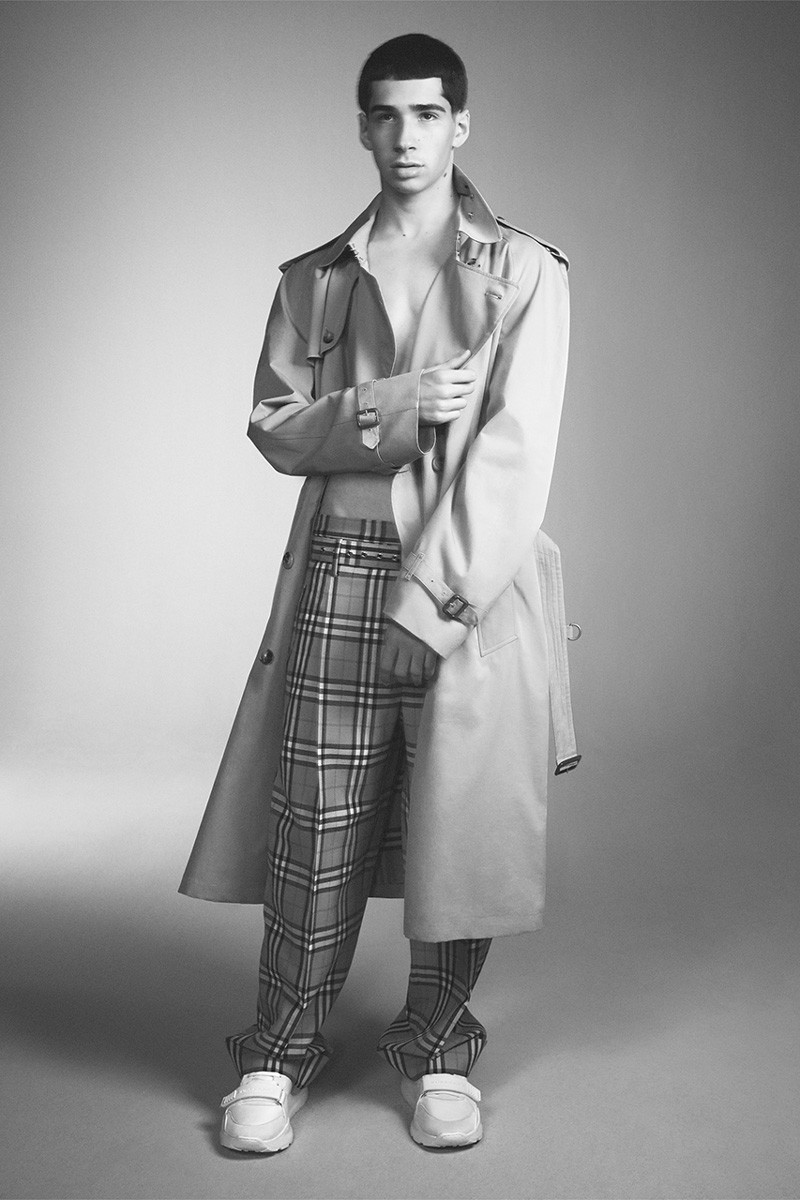 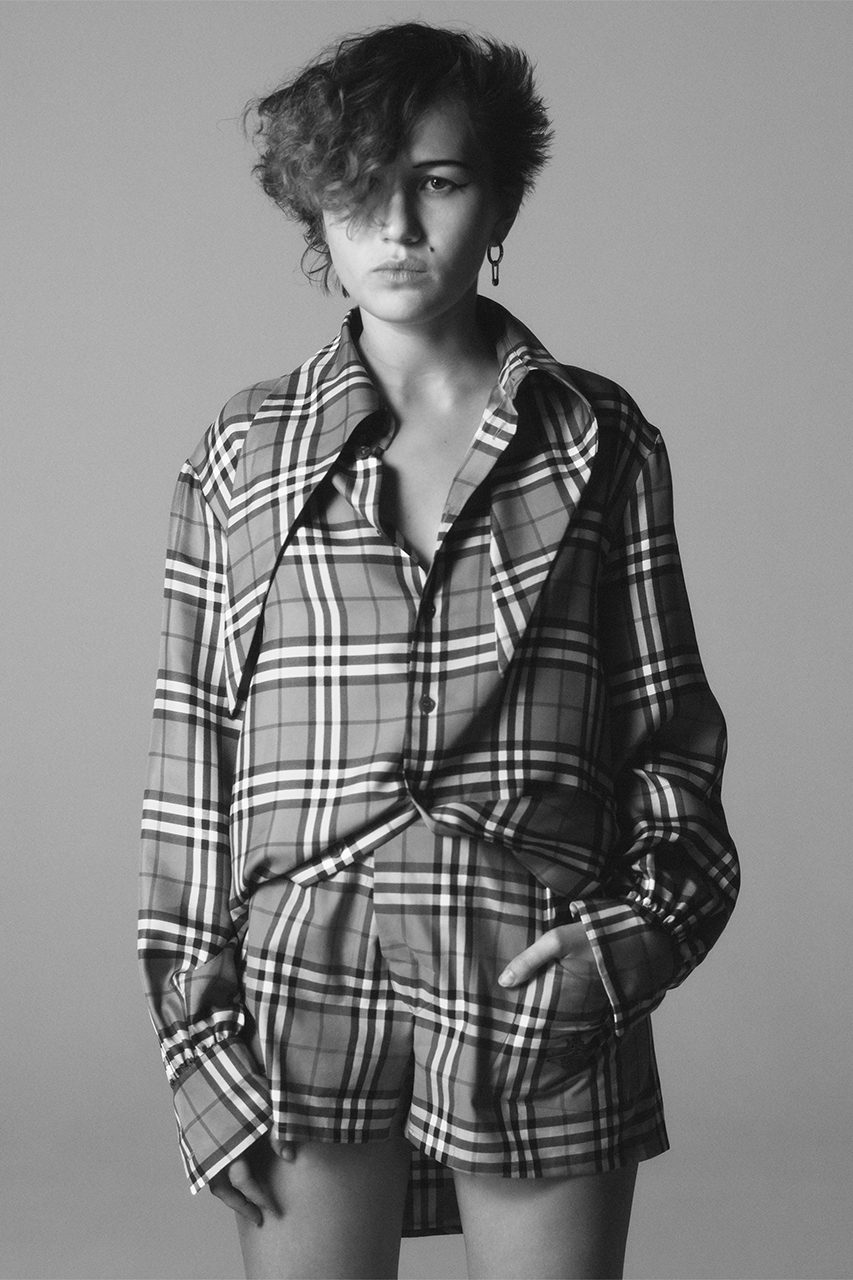