In the series of images for the Acne Studios Fall 2018 ad campaign taken at dusk or dawn, photographer Sam Abell captures Cindy Crawford and the land-art installation Cadillac Ranch by Ant Farm.

“Fashion is obsessed with the word ‘iconic’. I wanted to play with living iconography, so we commissioned Sam Abell to photograph Cindy Crawford at the Cadillac Ranch. It is the iconography of Cindy, America, and also Acne Studios, with Cindy wearing new versions of the first ever jeans we designed,” said Jonny Johansson, Creative Director.

Crawford wears the 1996 and 1997 jeans by Acne Studios, the brand’s first ever styles which have been reintroduced in the Fall 2018 Blå Konst collection. 1997 is a five-pocket rigid jean with high rise and regular fit from the hip to the ankle. 1996 is the men’s version of 1997, carrying the same characteristics.

“At this point in my career, I’ve done just about every kind of shoot imaginable, but I was excited to have the opportunity to work with Sam Abell. Of course, I knew his work for National Geographic, but had no idea what it would be like when he turned his lens on fashion and me! I loved Acne Studios concept of bringing together an iconic photographer and an iconic location to showcase their iconic 1996 and 1997 jeans,” said Cindy Crawford.

Cadillac Ranch was created by the architectural design practice Ant Farm in 1974. A series of ten Cadillacs was half buried in Amarillo near the famous Route 66, turning the cars into totems. The installation has been a magnet for graffiti artists since, and for the campaign Acne Studios received special permission to paint the cars.

To celebrate the campaign, an exhibition of Abell’s images for Acne Studios will be held in Paris this September. Profits from photographs sold, as well as exclusive exhibition merchandise, will be donated to charity. 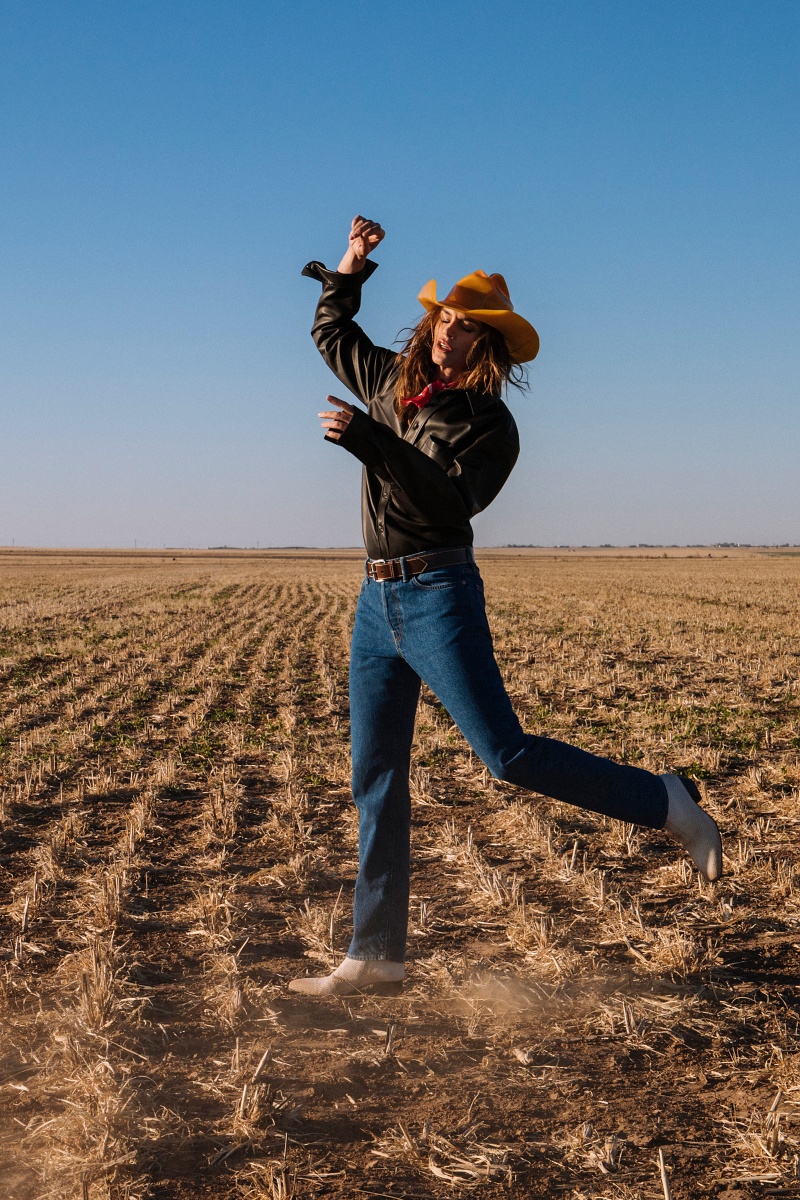 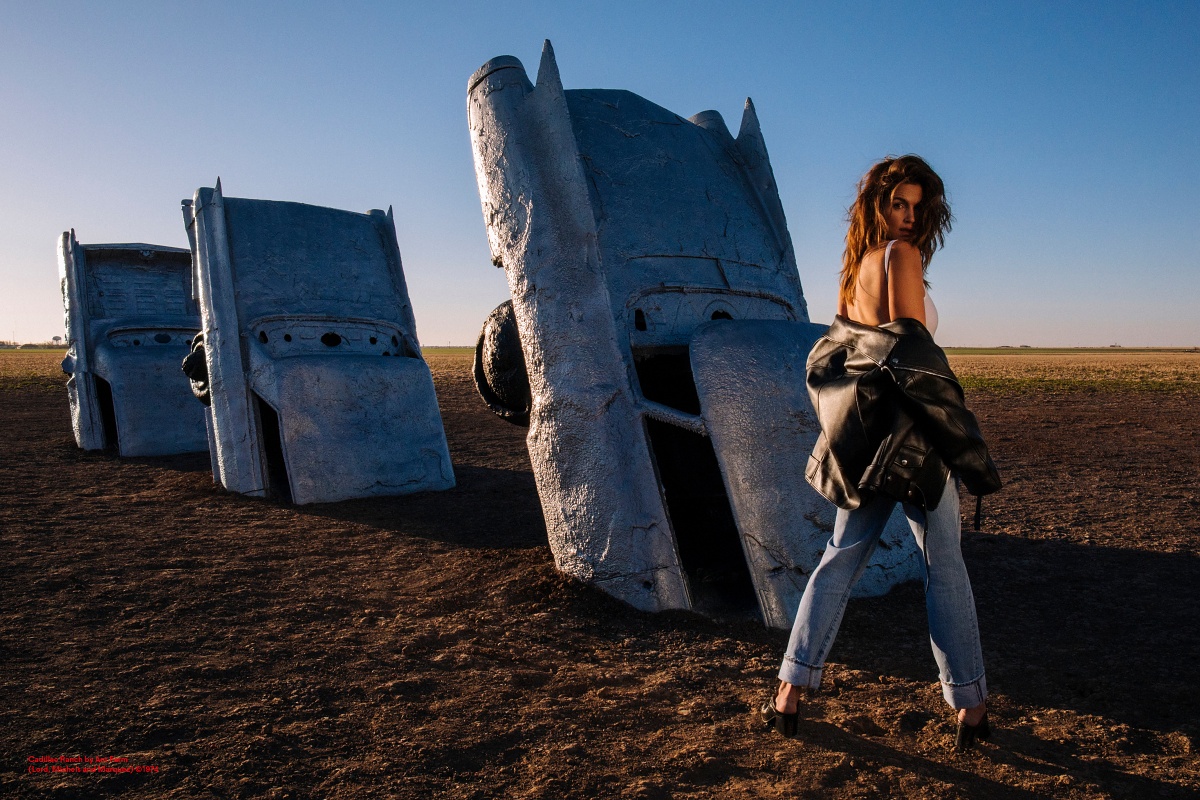 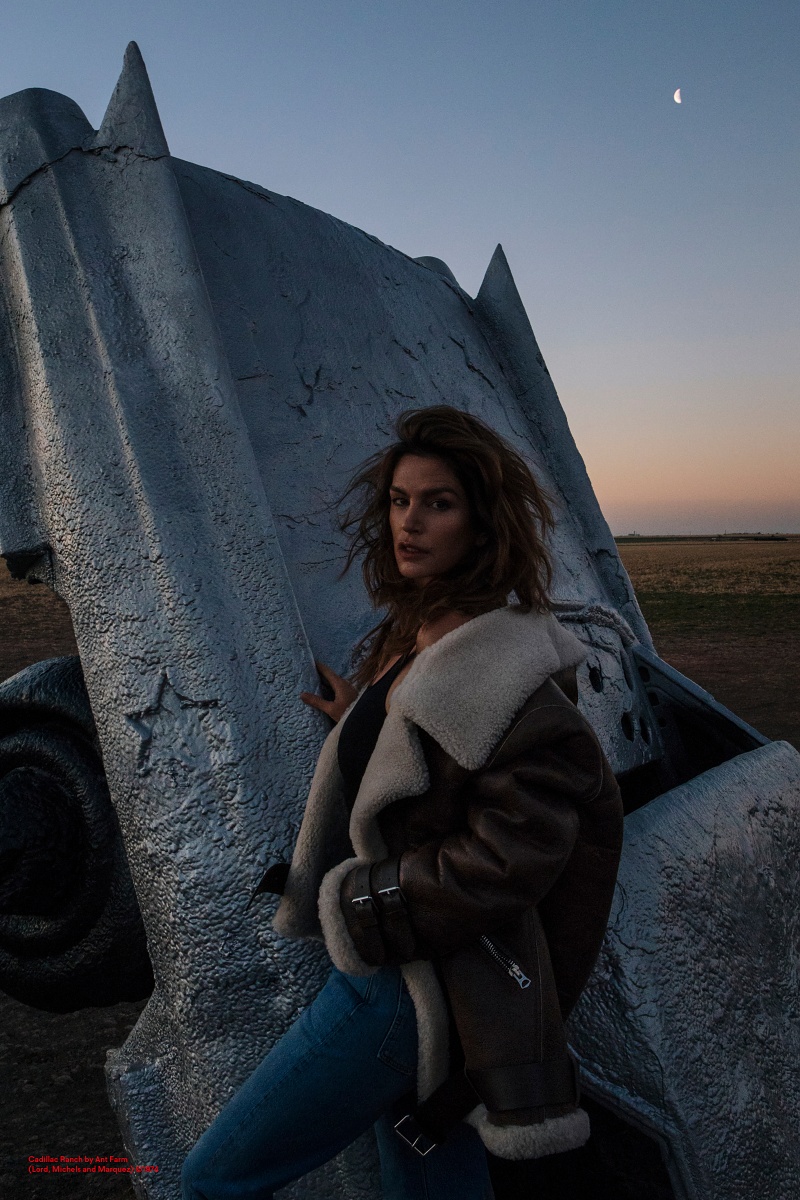 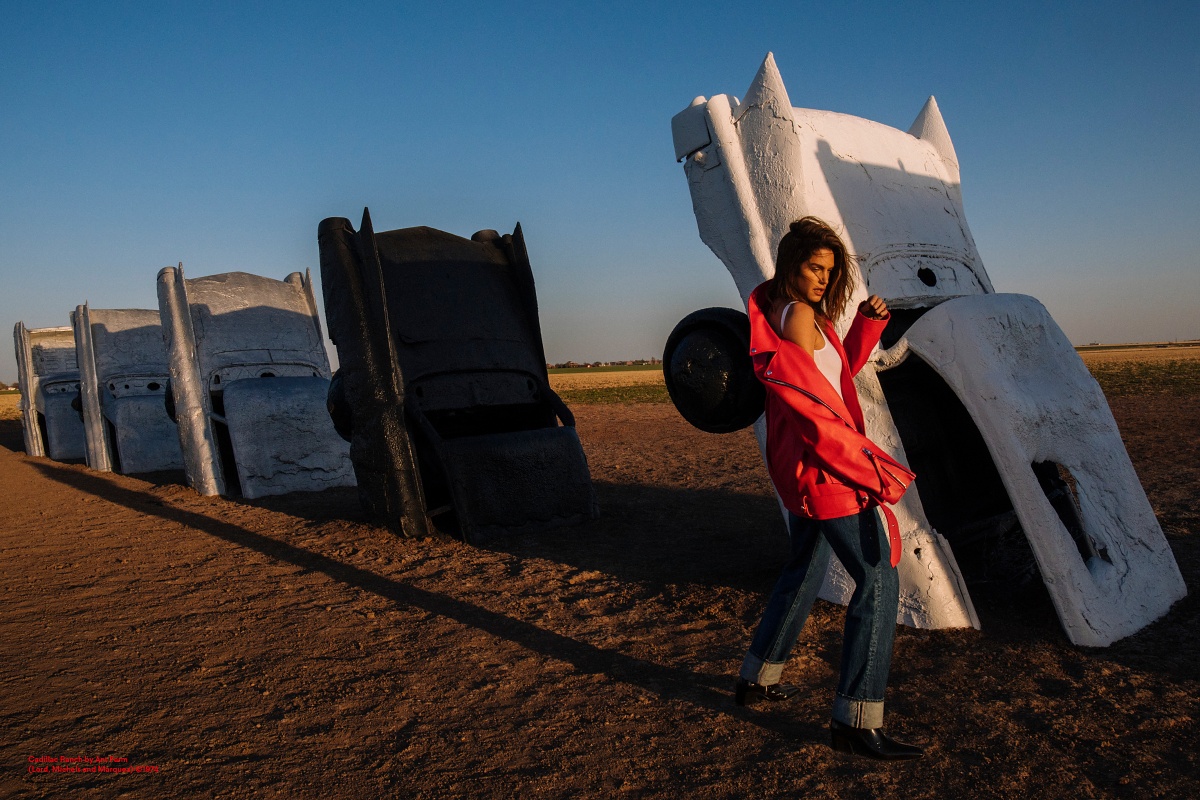 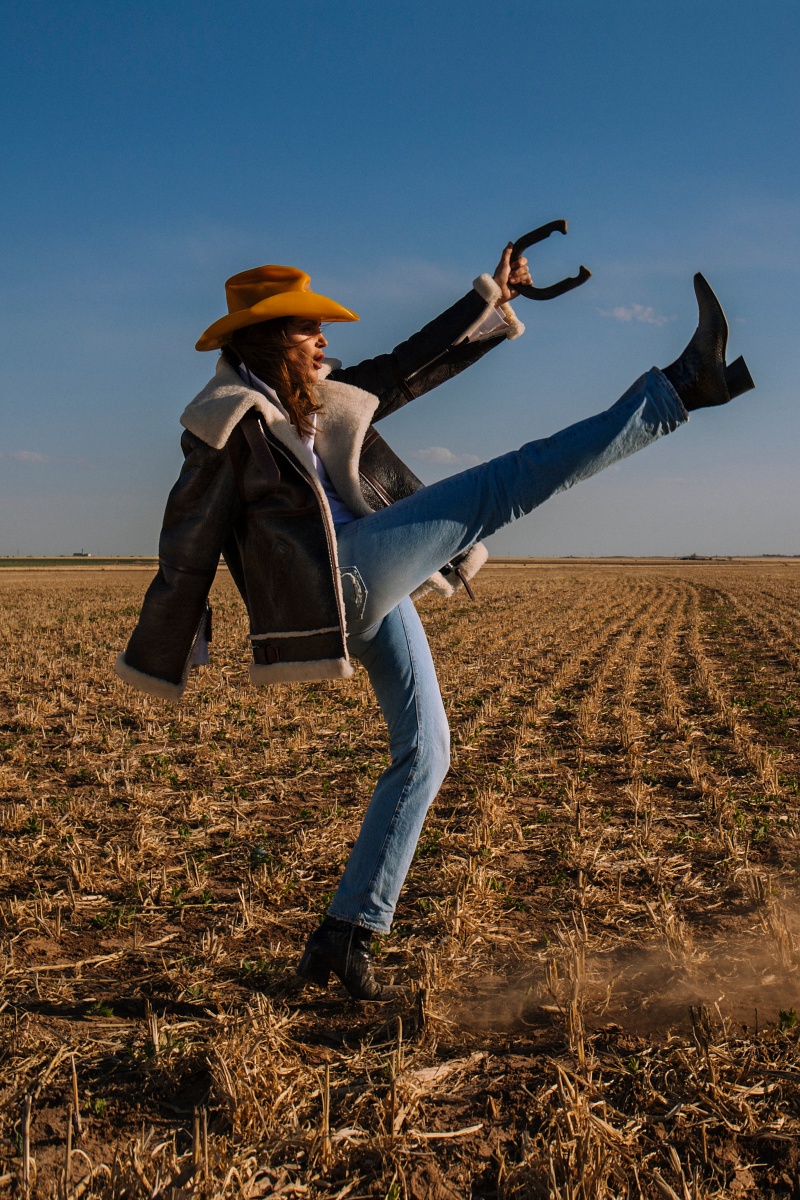 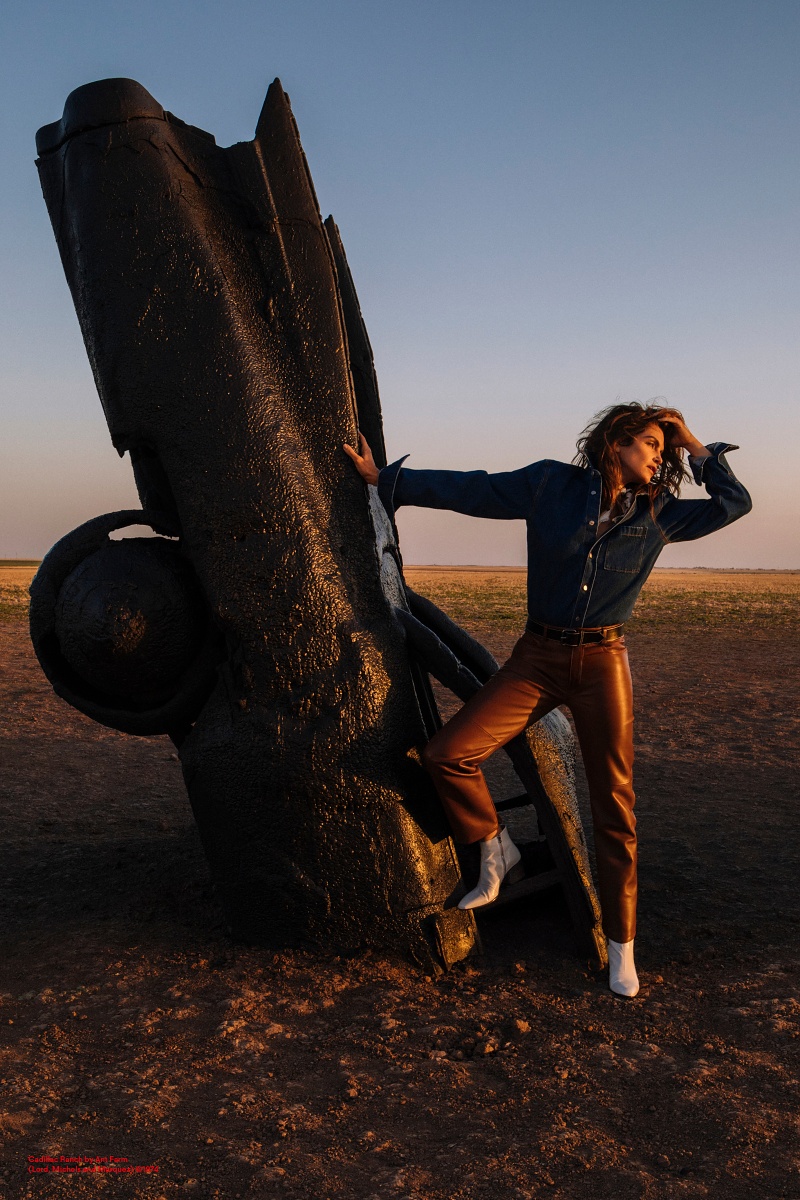 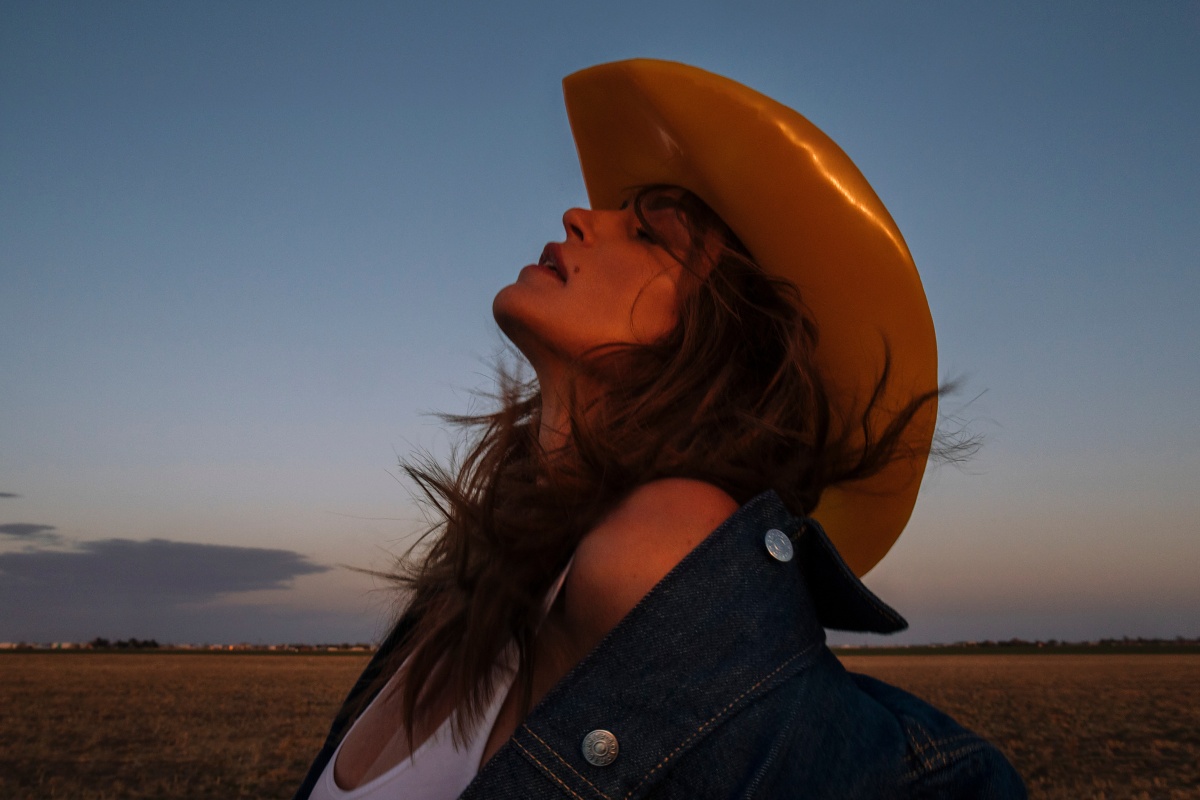 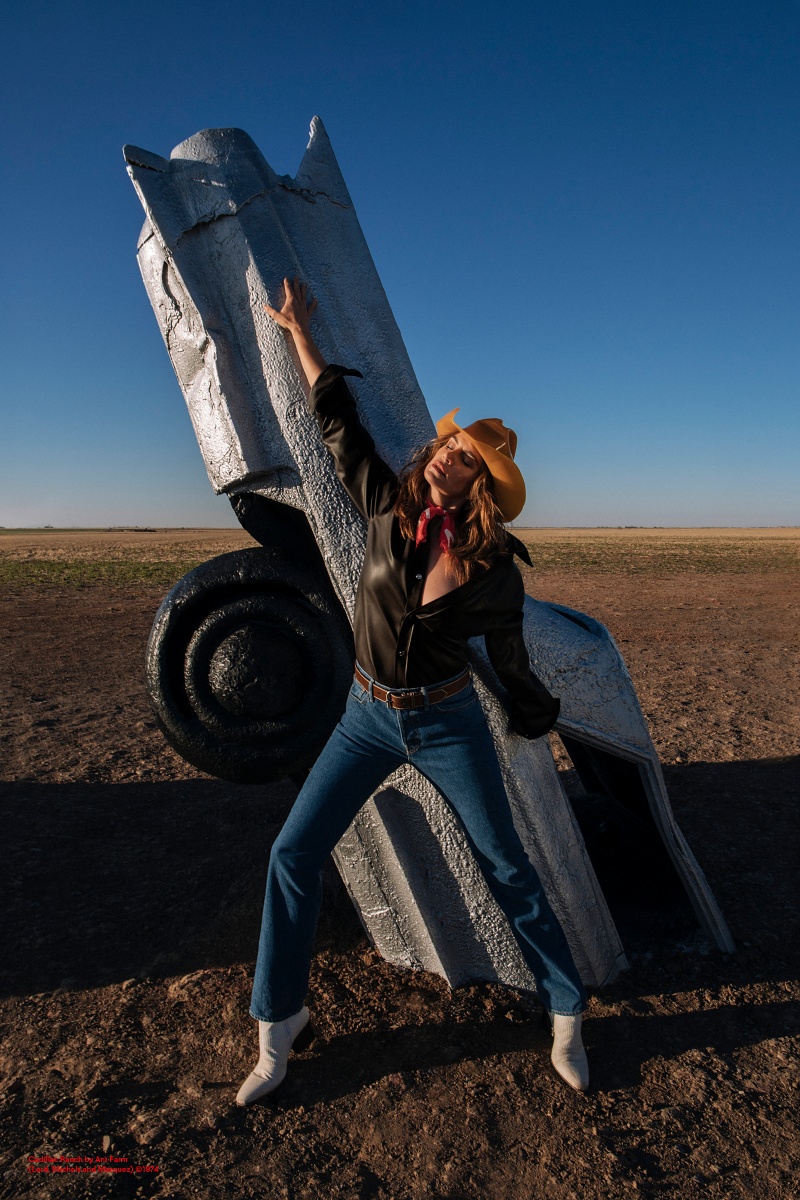