The shoreline stamps the inspiration behind the Paco Rabanne Cruise collection.

Julien Dossena’s mindset for the The Paco Rabanne Resort 2019 collection was to let the imagination drift off to Brittany (where he grew up) with the body anchored in Paris.

This collection was shifting to “weekend” mode with ‘90s-style slip dresses in a collage of materials and yellow raincoats constructed to withstand gale force winds assumed a fantastic mix of wearable cool.

Within the coastal context, the signature metal mesh could be thought of as water-slicked instead of glam, especially when paired with a Speedo-esque top or a beachy pareo wrap skirt. In one instance, black mesh gave way to lacquered lace so seamlessly that the dress really did look as though it had been misted with ocean spray. Elsewhere, visible underskirt layers revealed leopard print, scalloped lace, and a fair expanse of leg so that the effect was coquettish but perfectly passable for brunch when worn with clogs. “The point is to de-dramatize,” said Dossena, referring to the forgiving stretch built into a skirt covered in strass, but the notion applied throughout—from a tailored jacket shown with guipure leggings and lingerie shorts to the weathered aspect of the silver jeans.

In subtle ways, Dossena showered this seductive collection with details that came from a personal place. He listened to reggae in Brittany, hence Paco Rabanne reincarnated as a Rasta lion logo; you can spot the T-shirt paired with a swishy skirt that updates the silvery plastic paillette dress immortalized by Audrey Hepburn in Two for the Road. Dossena had the outerwear custom manufactured by Guy Cotten, a seal of seaside authenticity. That said, the accompanying dry bags, owing to their size, might end up as fashion bait. More user-friendly was a new shopper partially paneled in metal mesh, which loosely riffed on the Monoprix pocket bag. 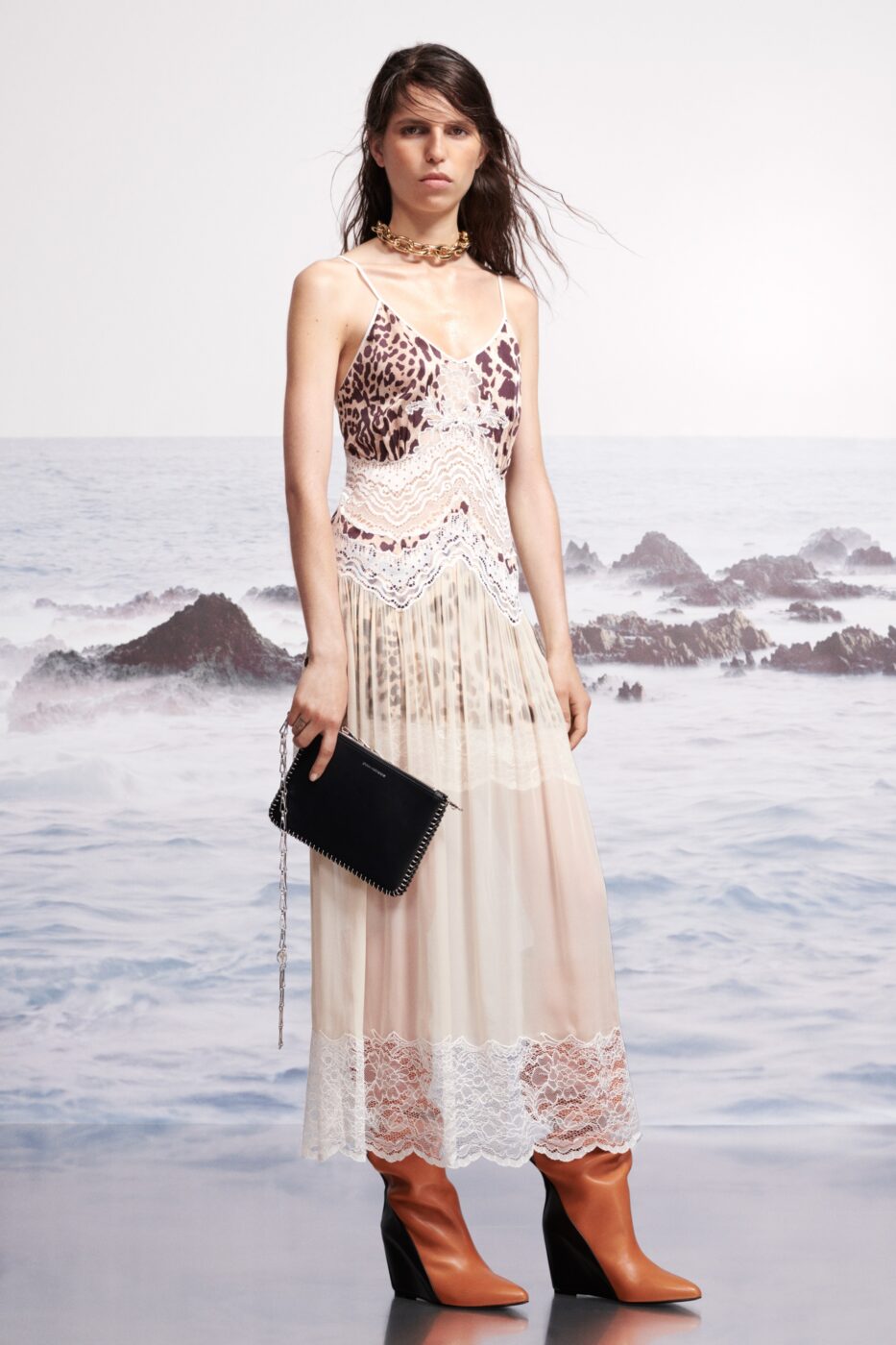 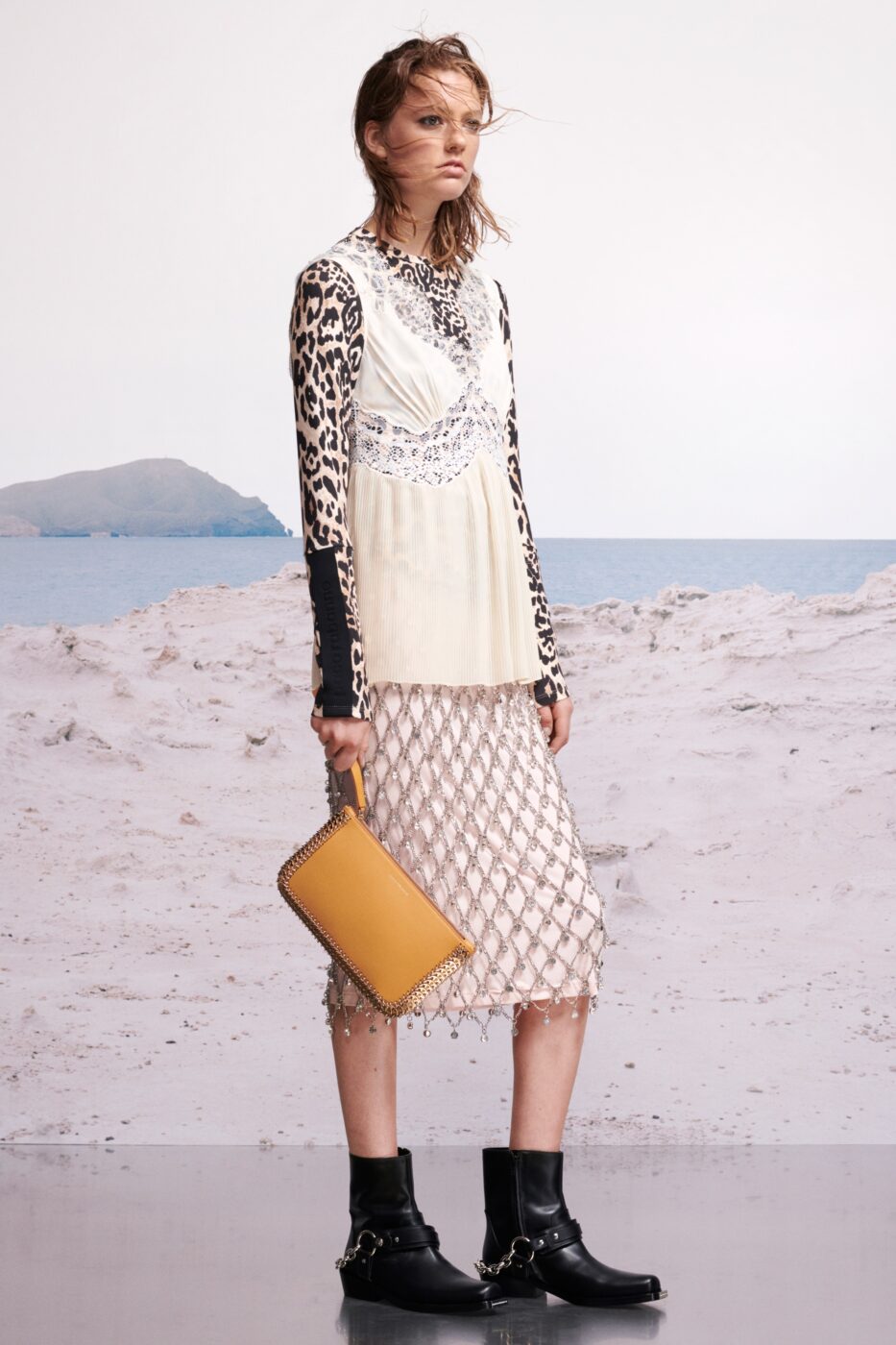 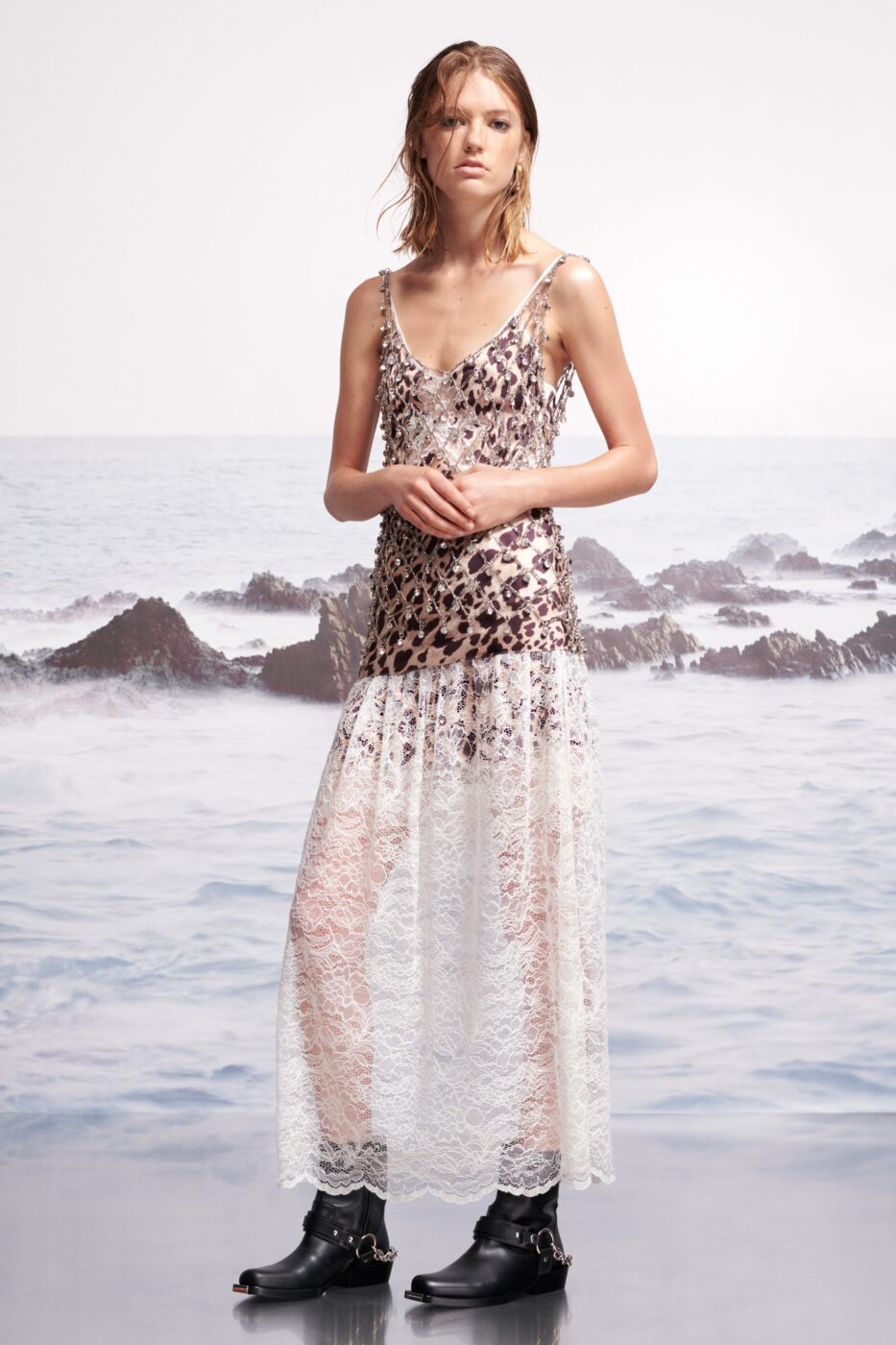 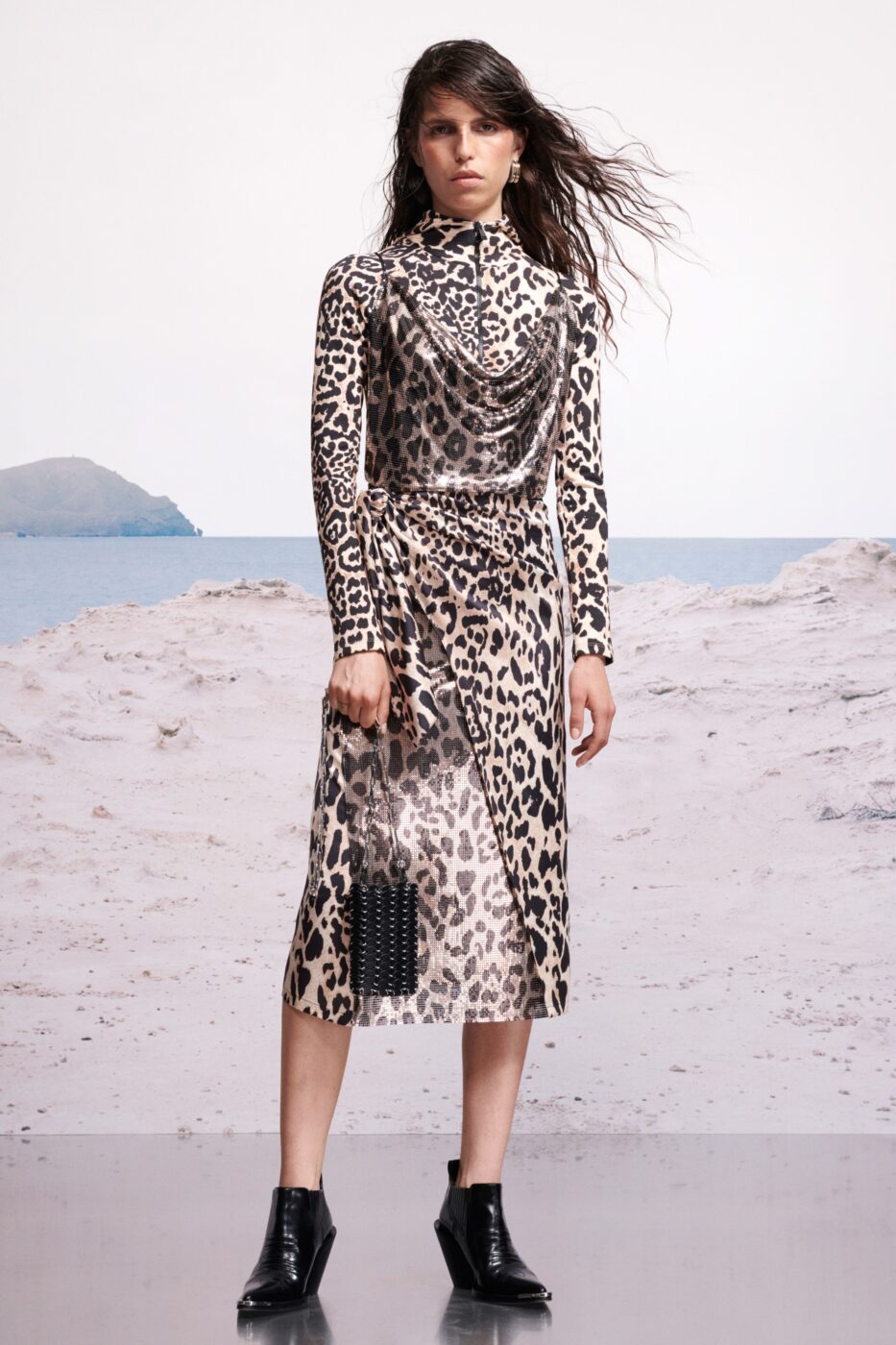 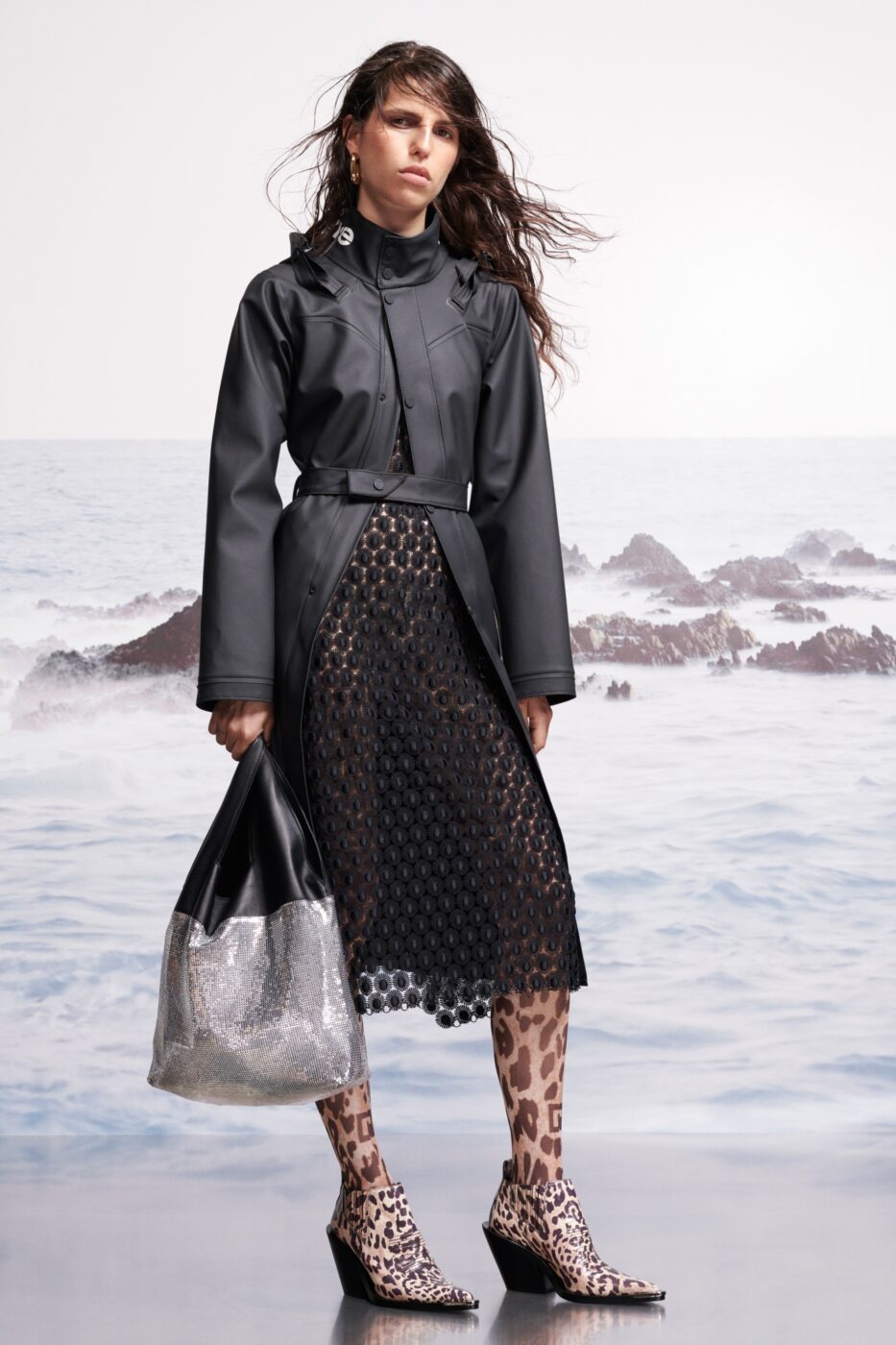 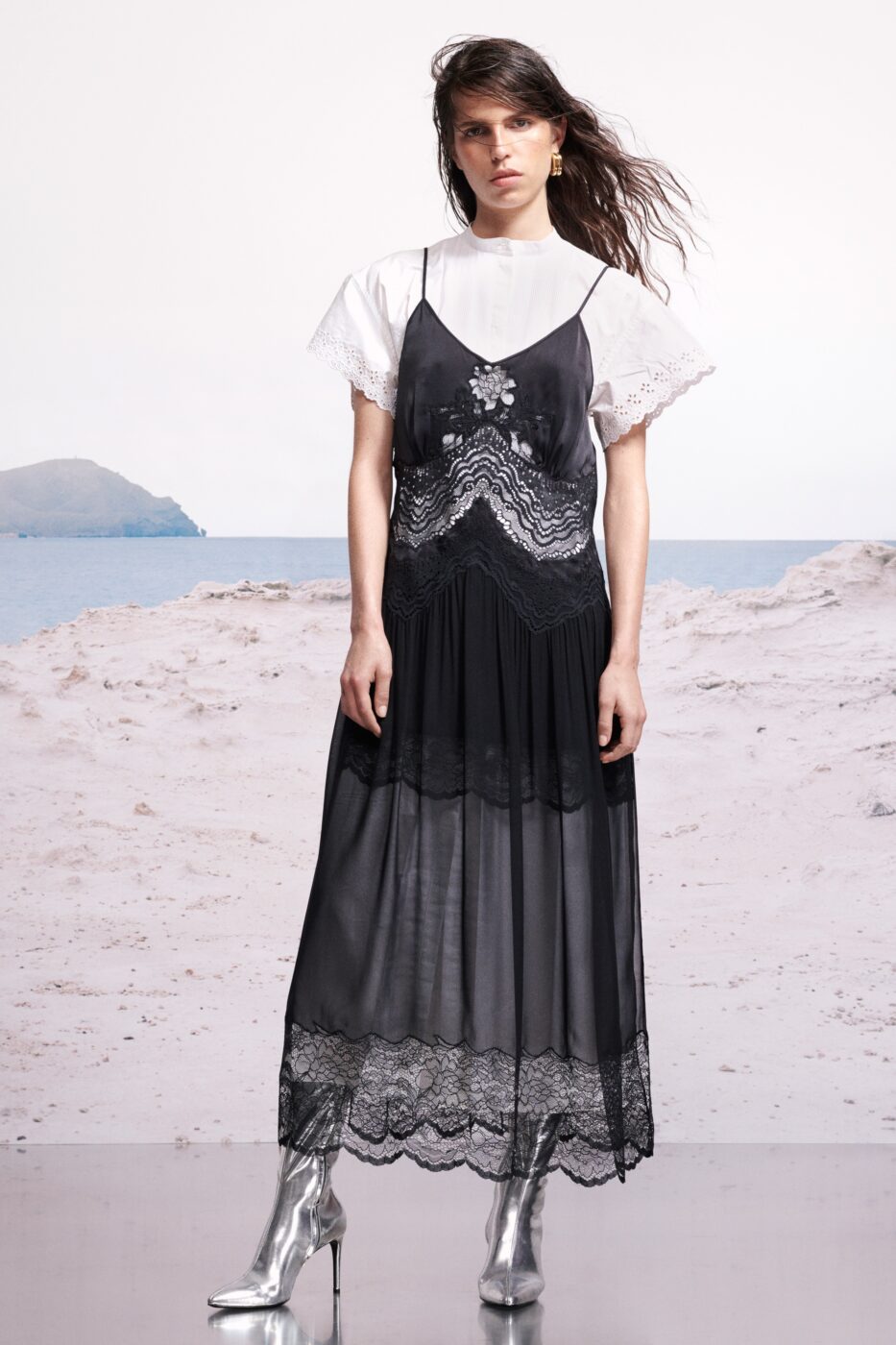 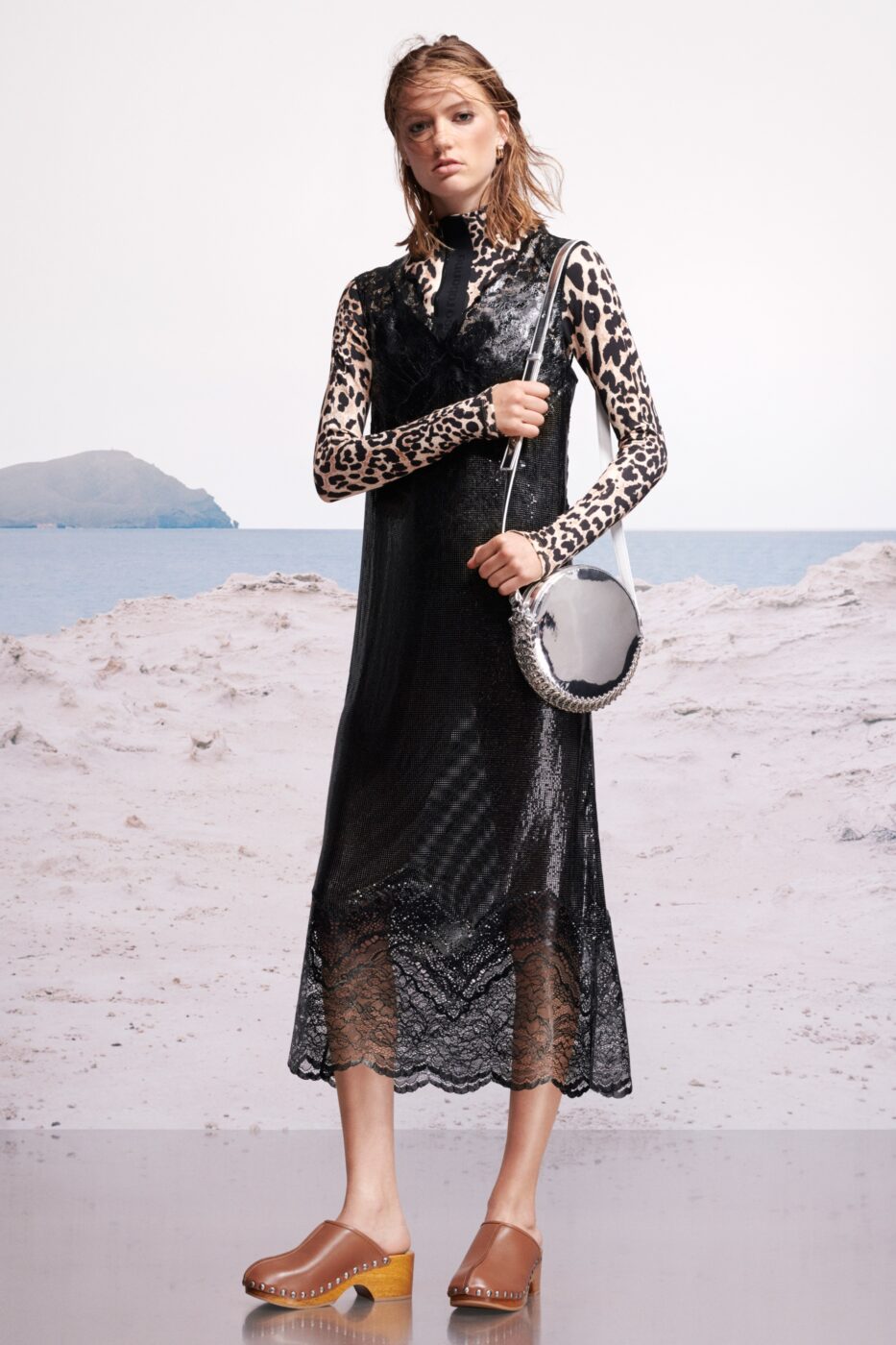 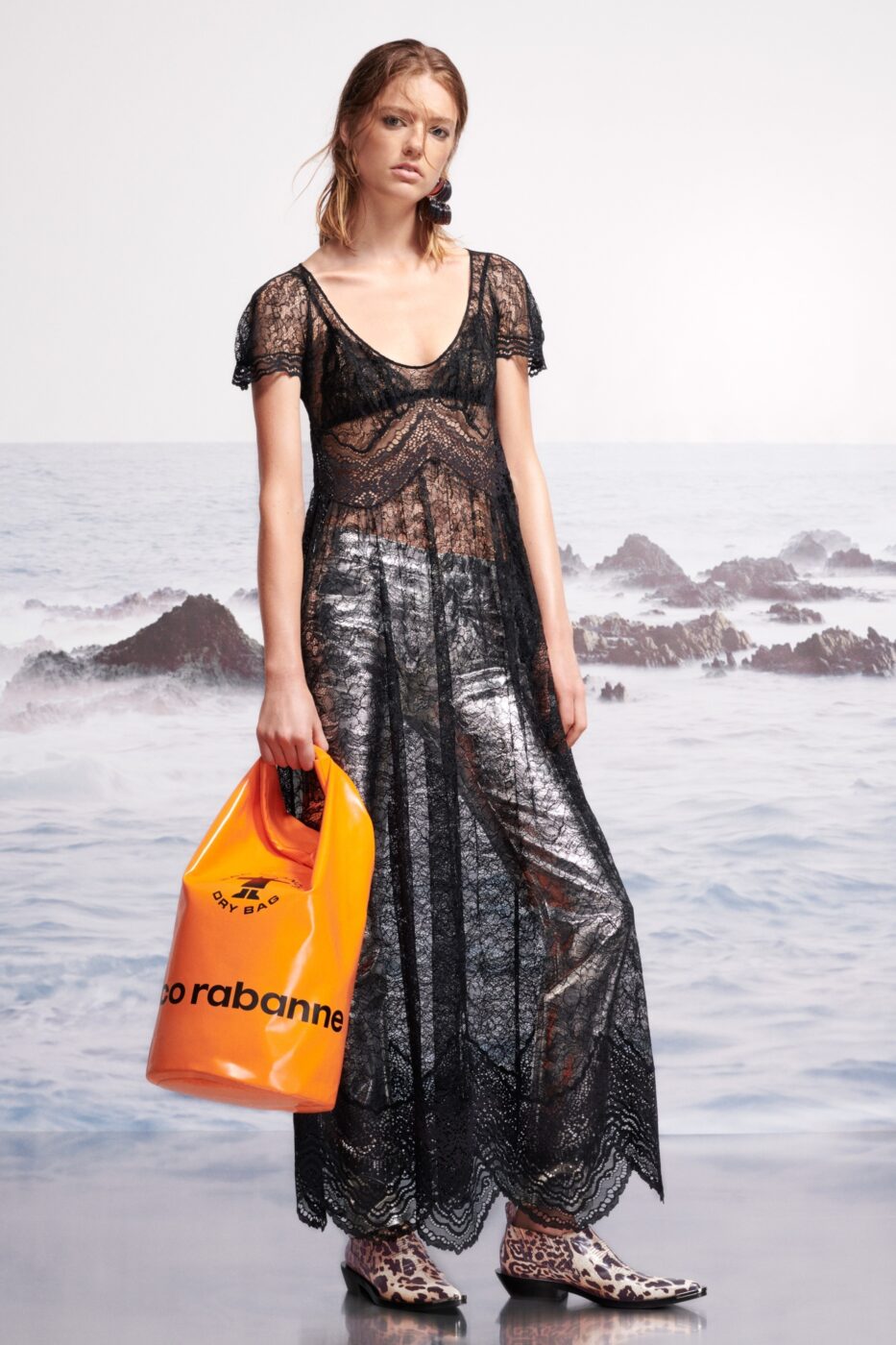 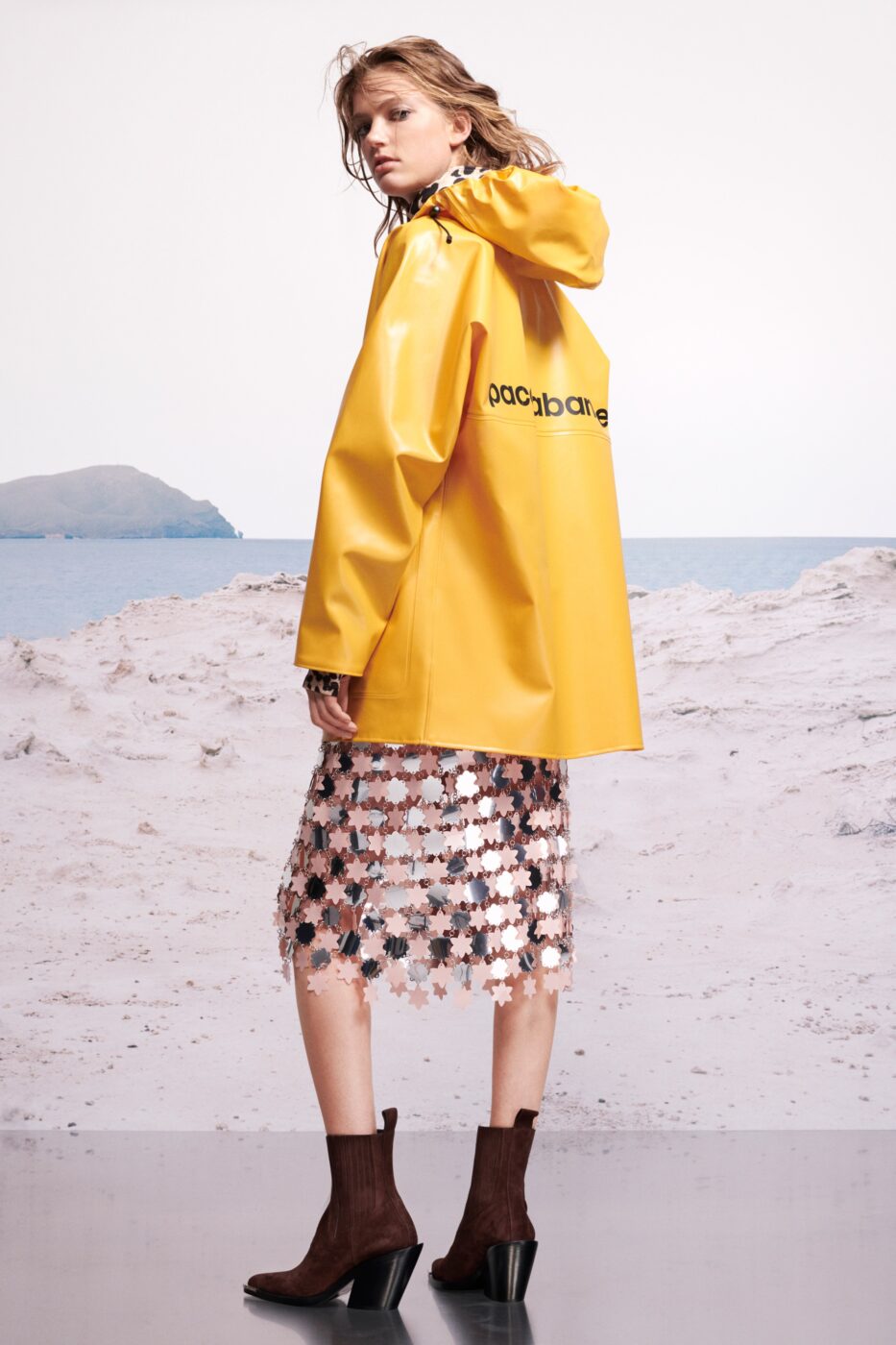 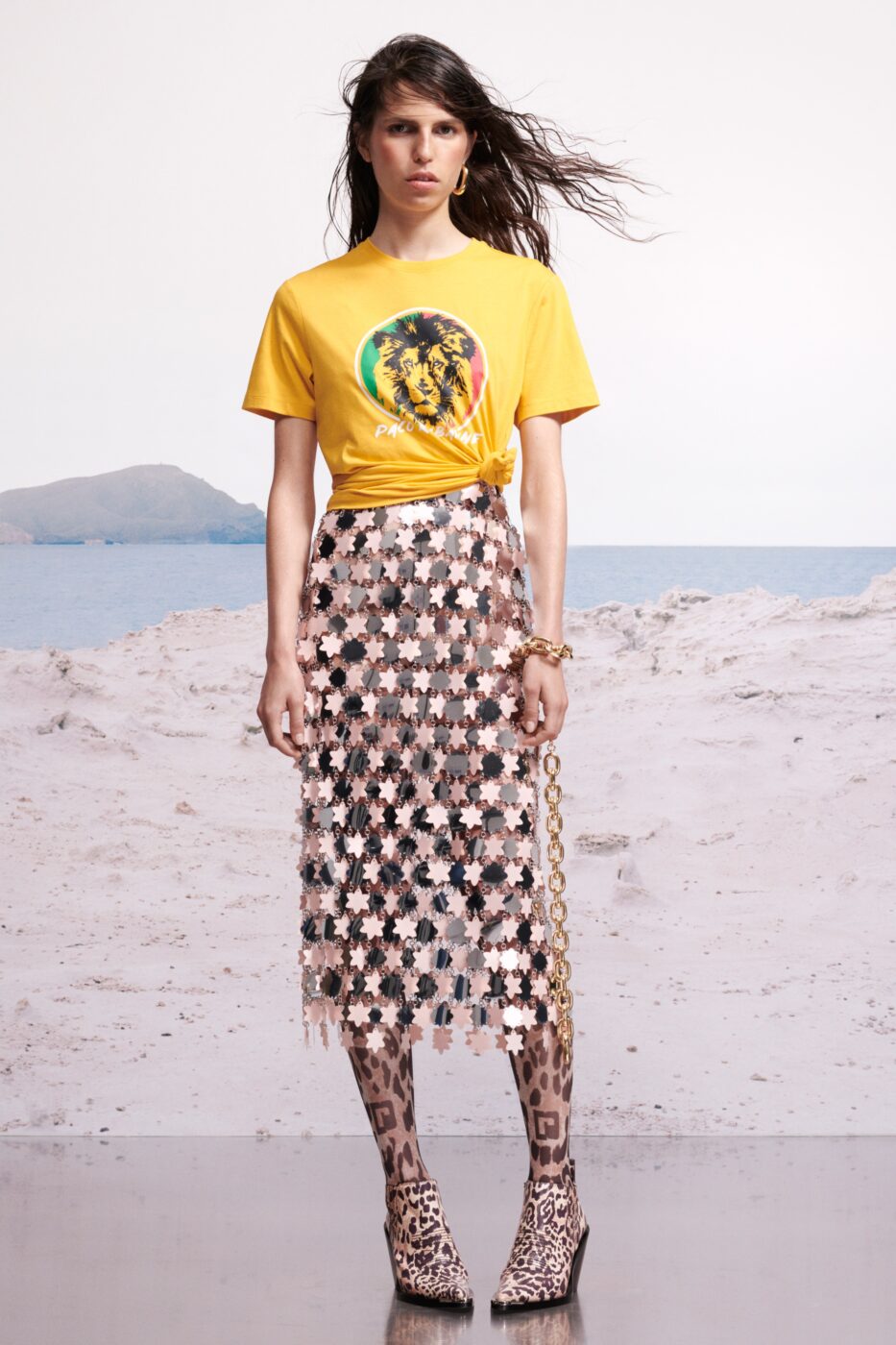 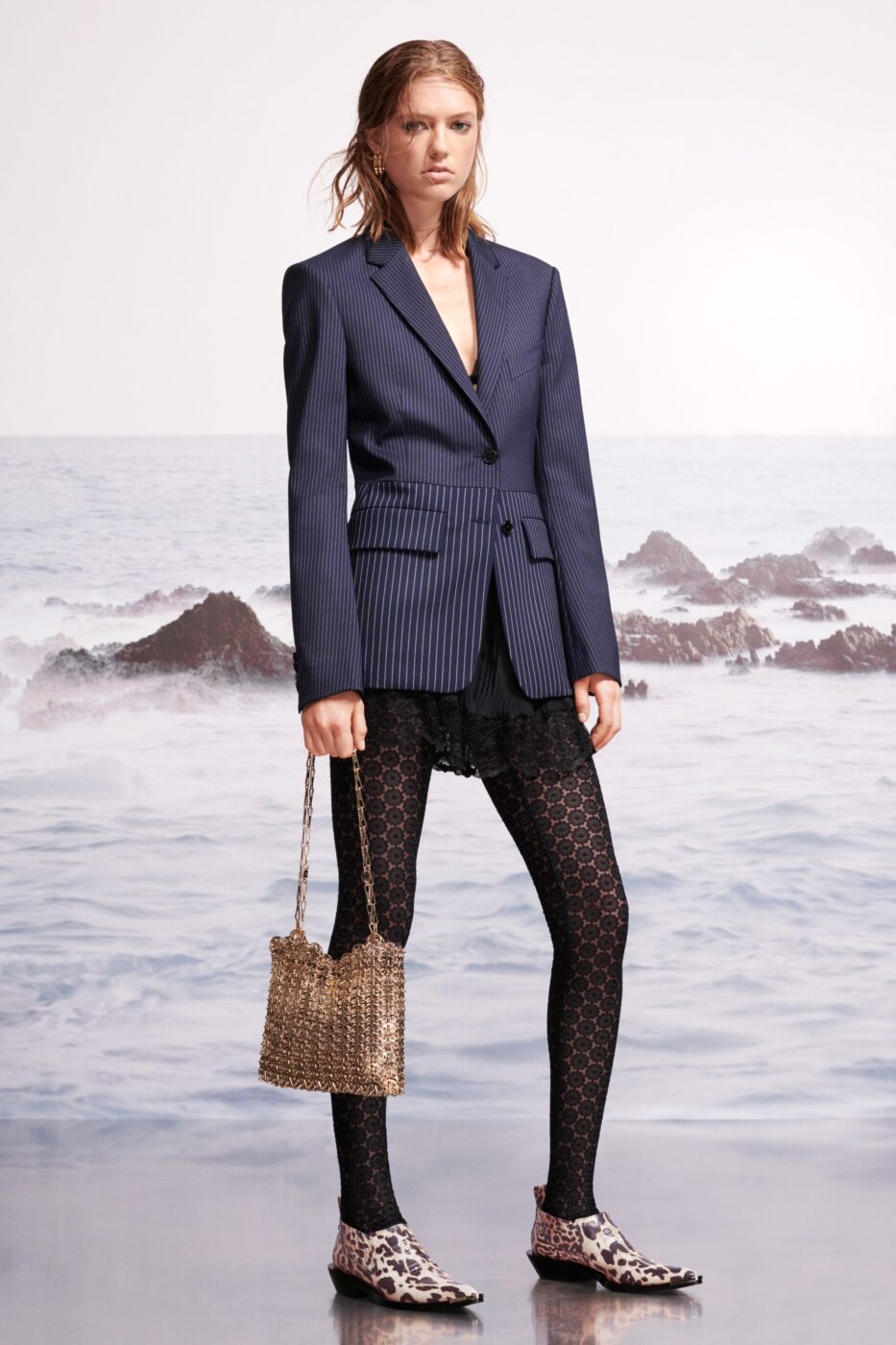 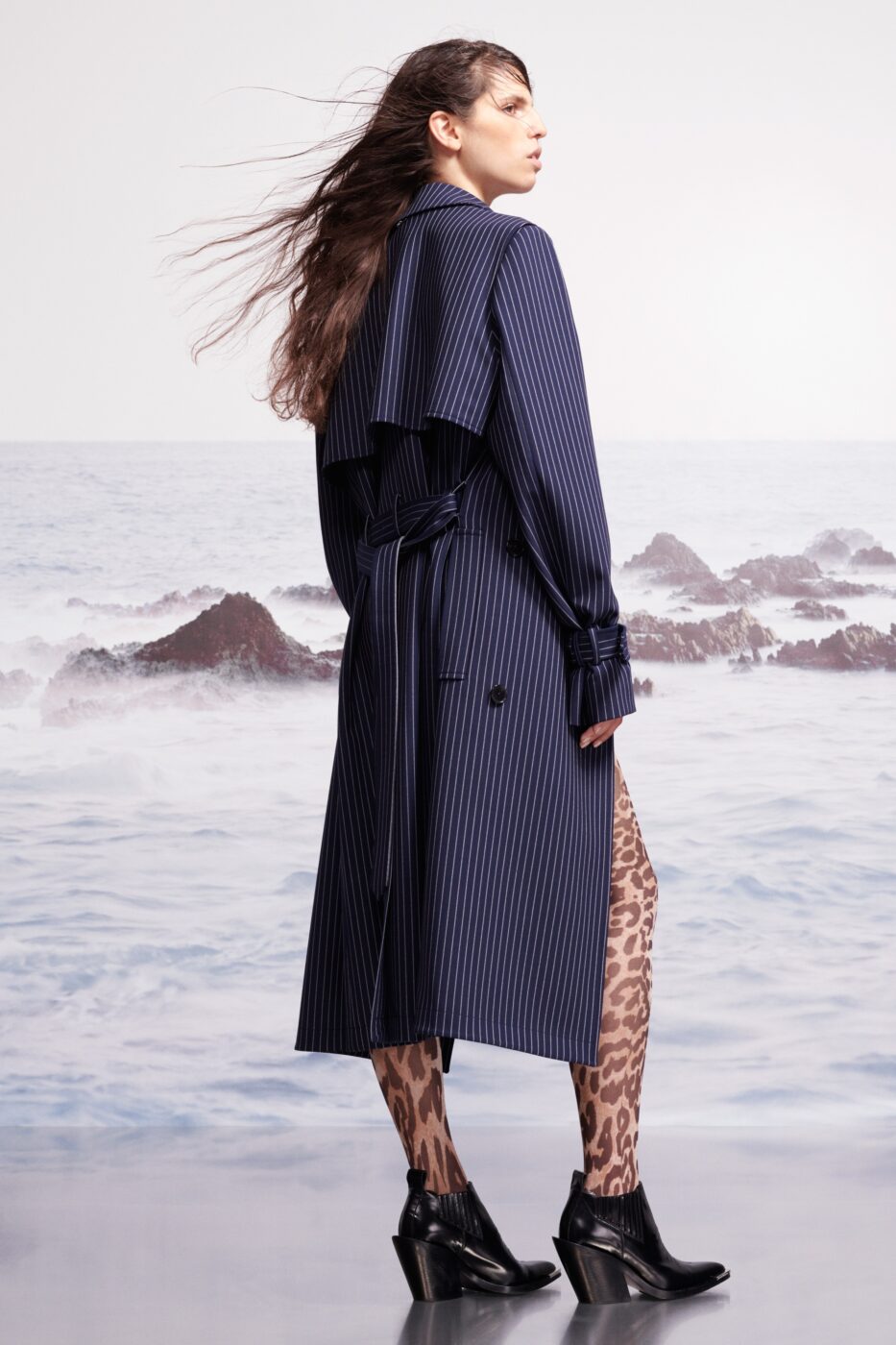 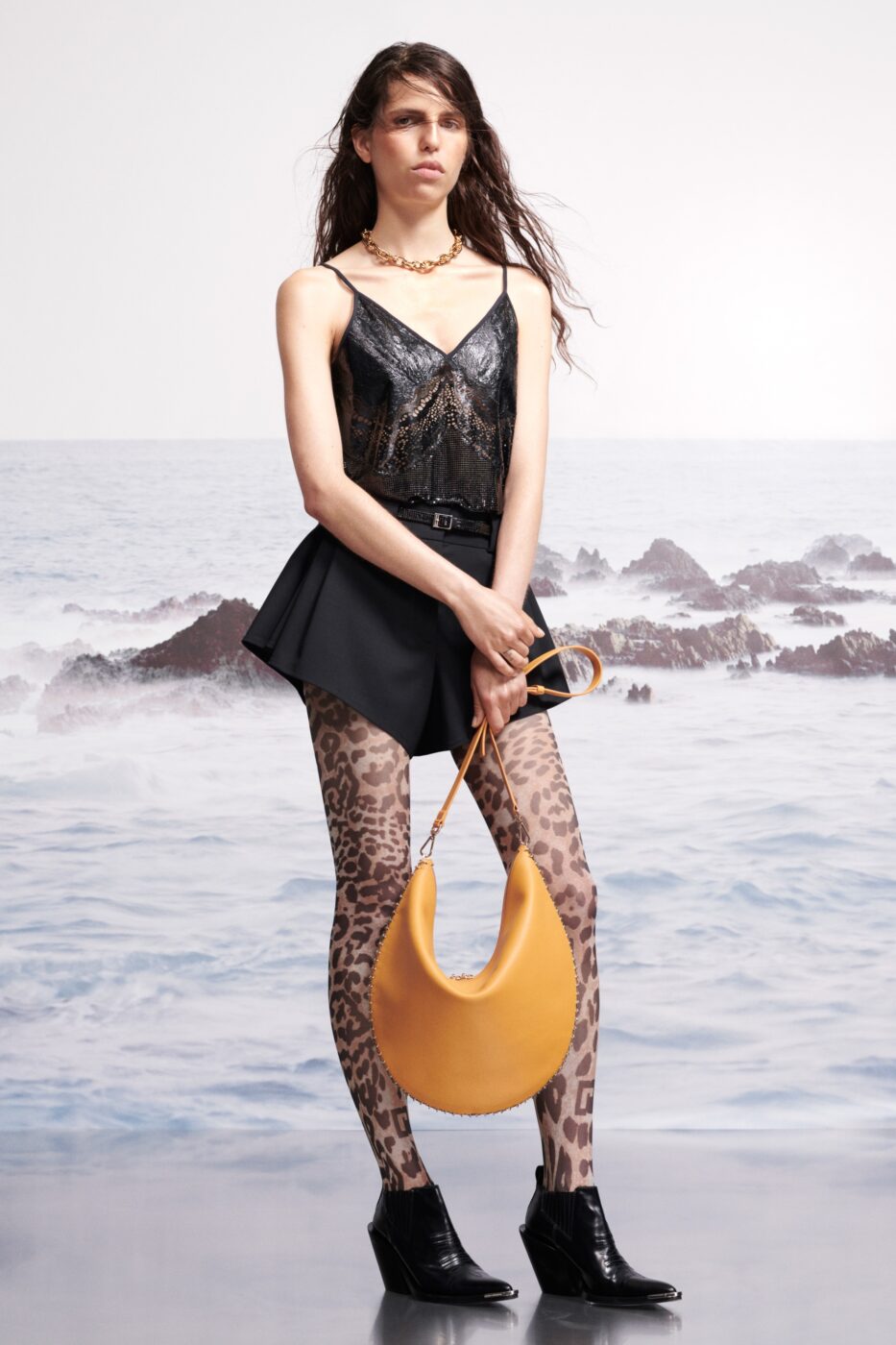 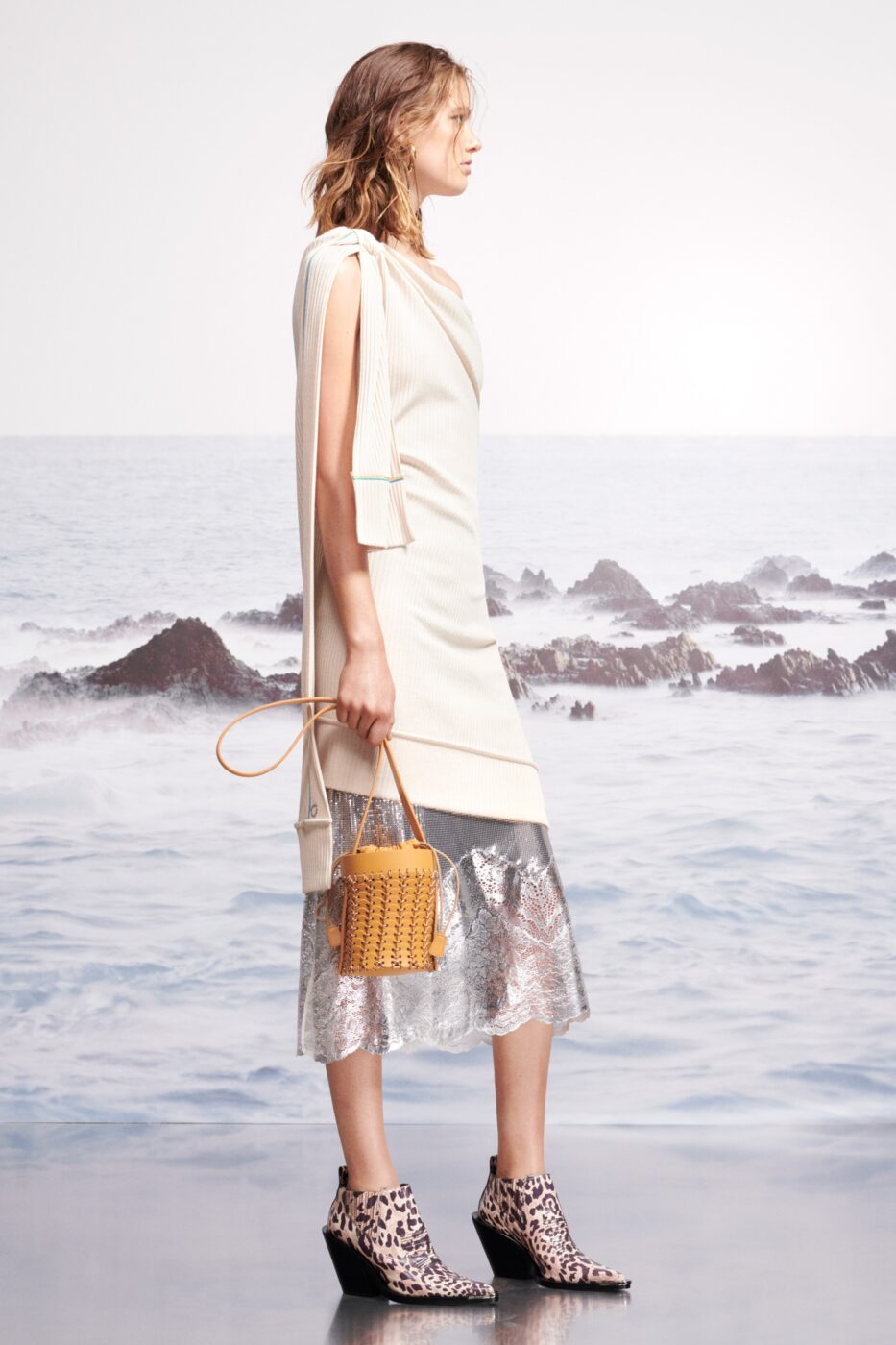 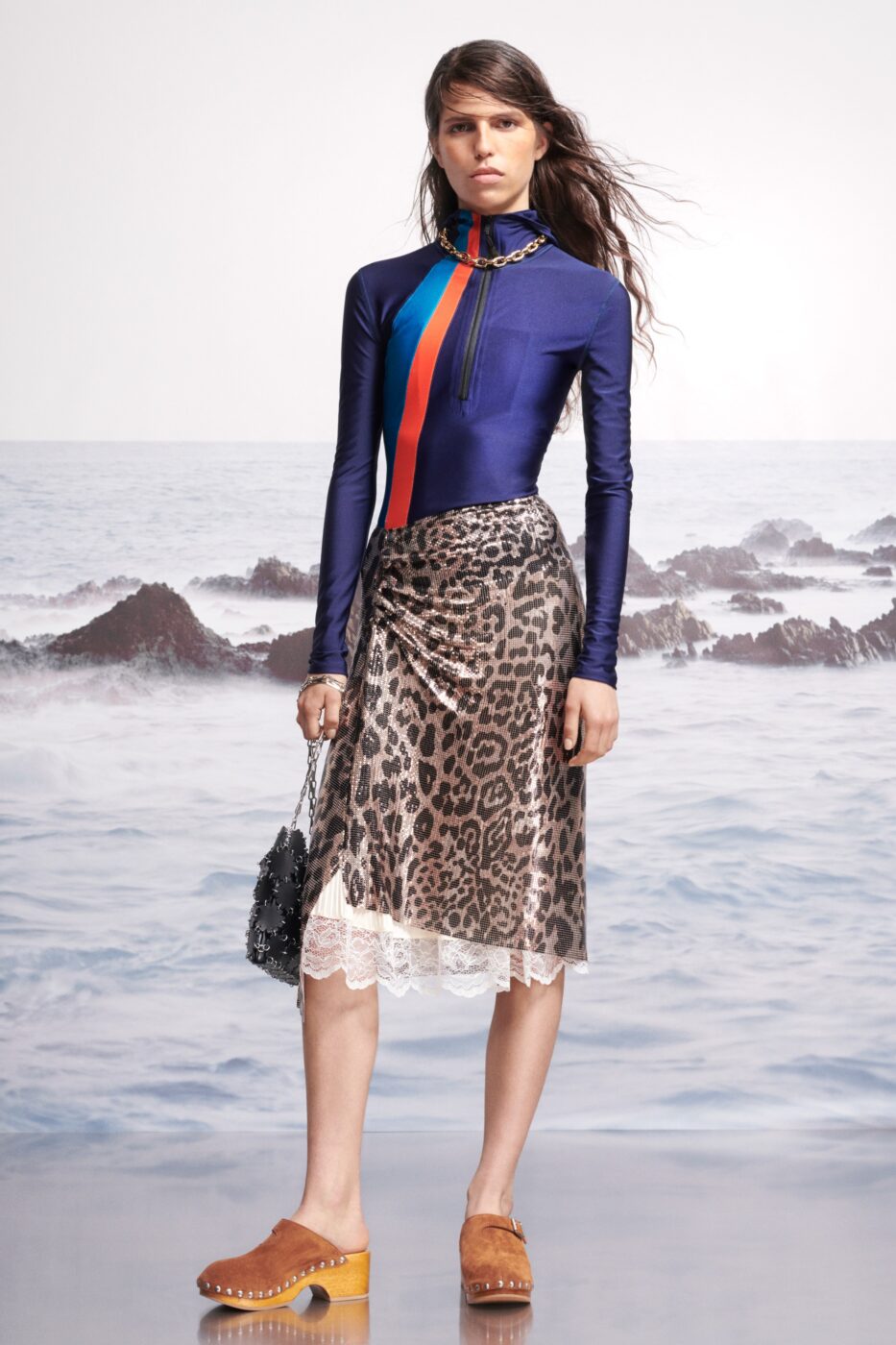 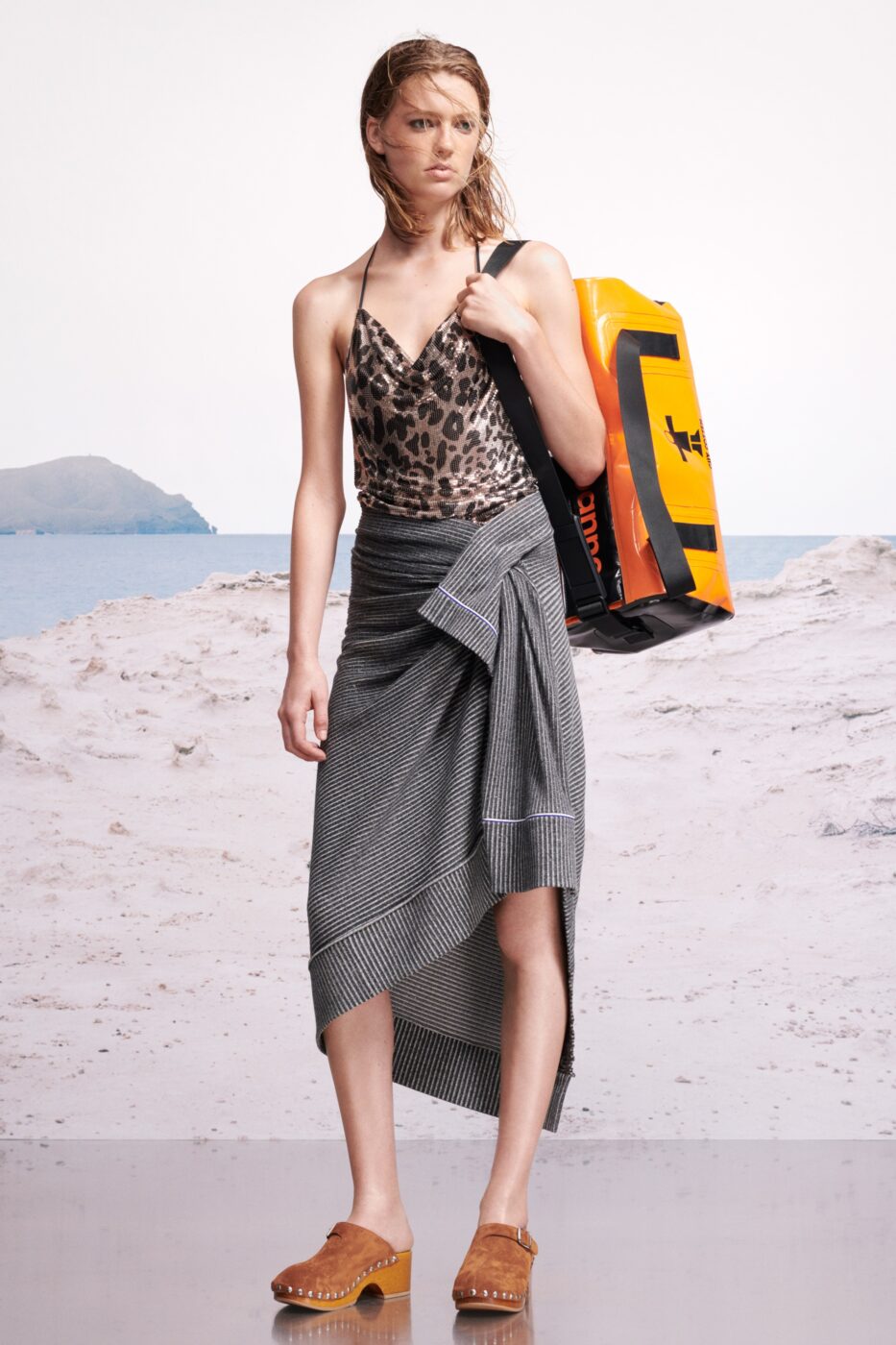