Coach hits Hollywood for the Cruise collection for a very "L.A" aesthetic.

The latest Coach Resort 2019 collection lands the brand in the netherworld of Los Angeles, specifically the dark, smoke-filled rooms of legendary Hollywood hangout, the Viper Room, circa 1992.

The British Creative Director has vivid memories of visiting the club on his first trip to the West Coast 20 years ago, and that moody rock​ ​’n’​ ​roll​ vibe was unmistakable in the new collection. Where last season models breezed in with the ethereal spirit of Stevie Nicks at their heels—all witchy attitude and trailing chiffon—Pre-Spring was made for cool lounge lizards. In fact, Coach has an official partnership with the Viper Room, so there’s nightlife merchandise galore, including satin jackets with glitter-trimmed collars.

It makes sense that Coach set the scene for a party when other labels are prepping for a cruise at this time of year, even if many of the free-spirited fans of the brand will be too young to remember the club’s heyday, let alone to have ever heard of it. Vevers built on the long fluttering line of Fall, adding velvet patchwork maxi dresses to his repertoire of diaphanous, knife-pleated dresses, though there were a slew of thigh-grazing looks in the mix that seemed primed for the dance floor, as well. Cropped and slightly boxy, the transitional leather jackets and shearlings were accompanied by miniskirts cut raw at the hem with a rugged charm. They came sprinkled with Art Deco–style trimmings, including mirrored pyramid studs and geometric motifs, to replace the Western details of seasons past. In that vein, the Coach cowboy ankle booties that were popular a couple of summers ago, were updated with greaser-friendly creepers that are likely to be a runaway hit. 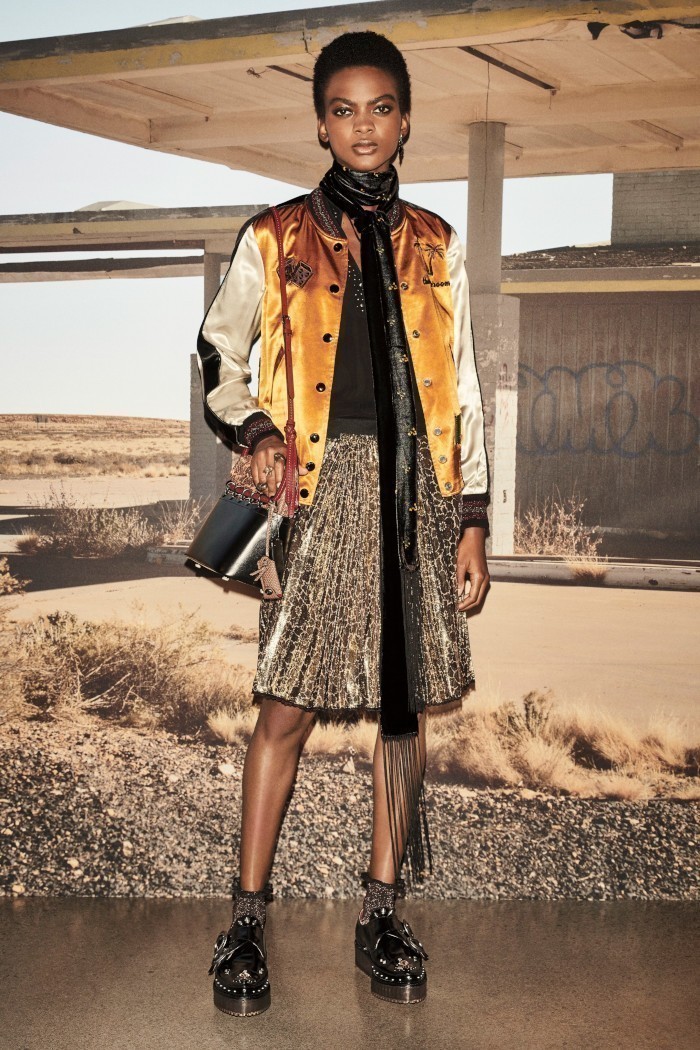 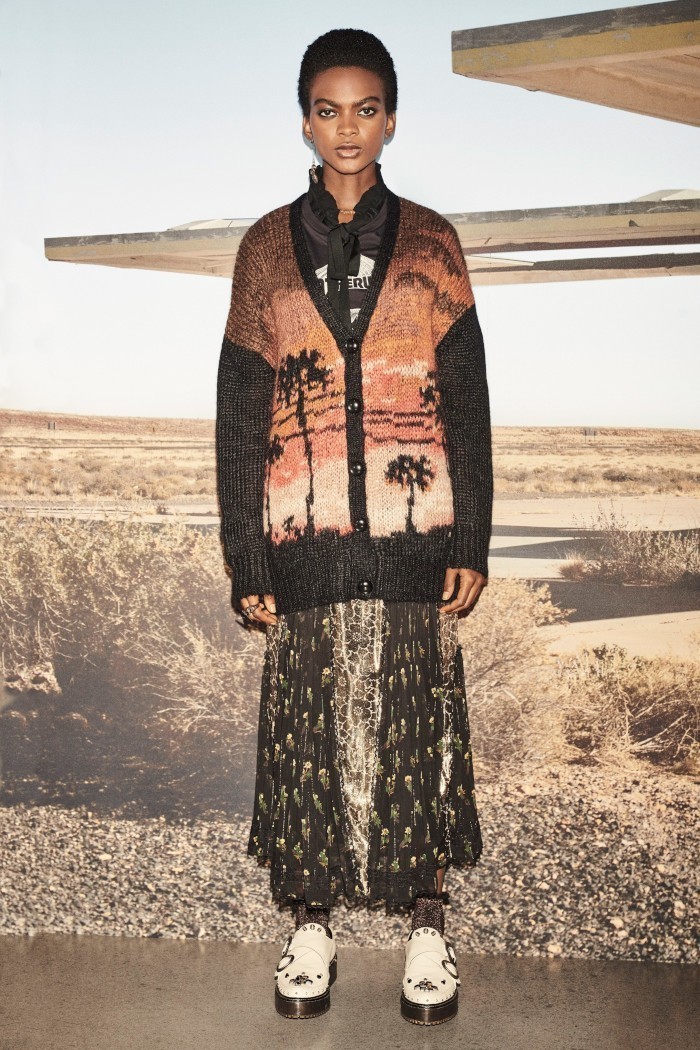 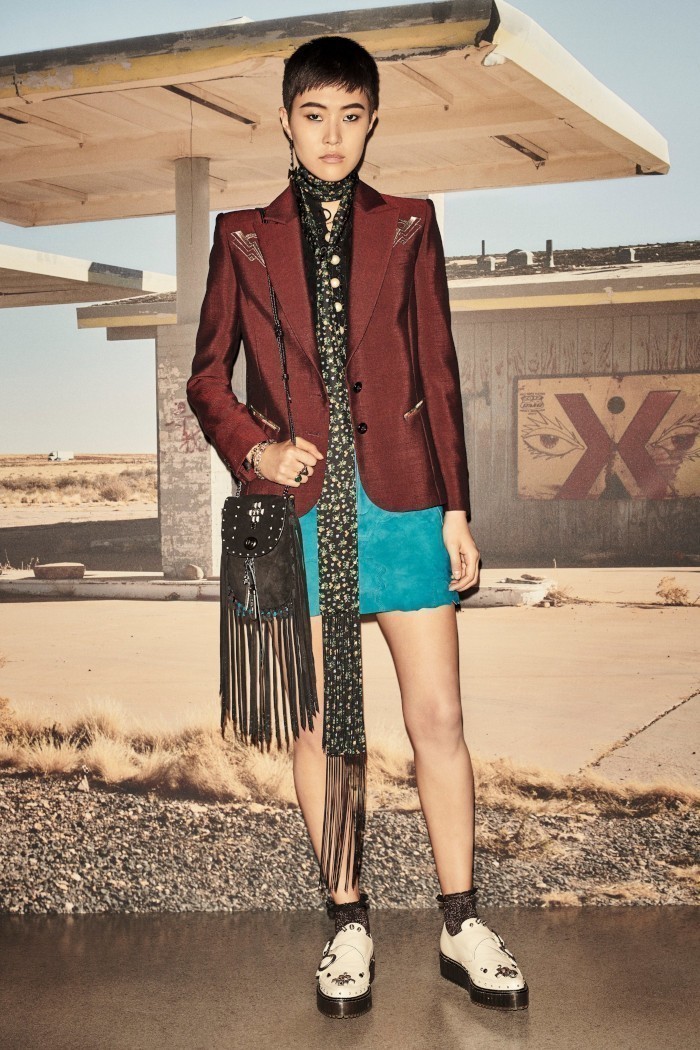 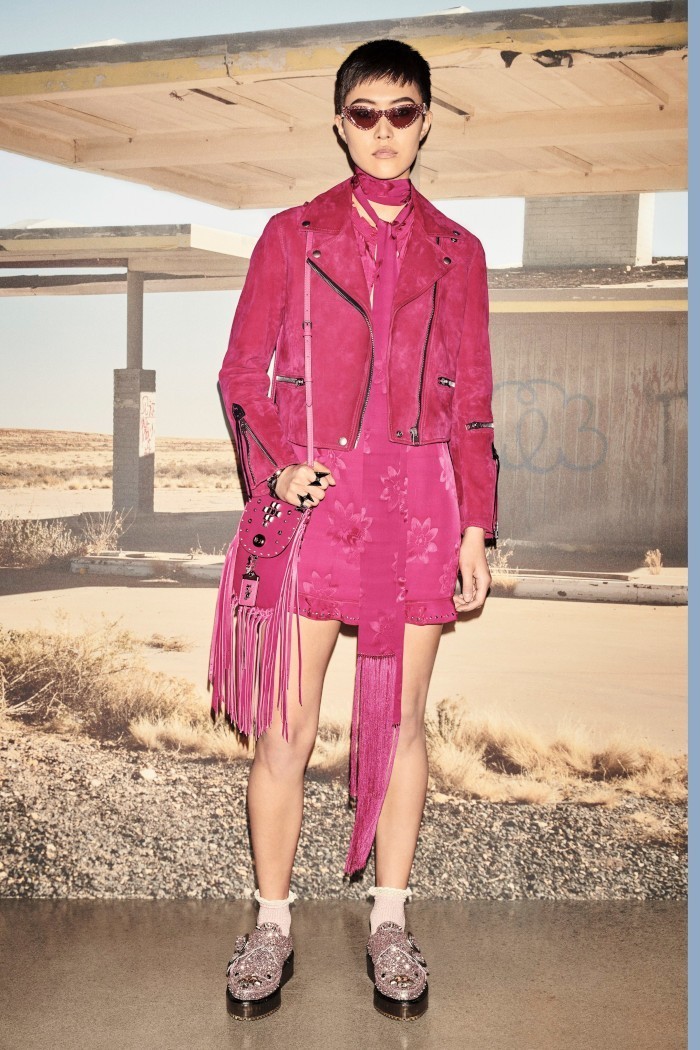 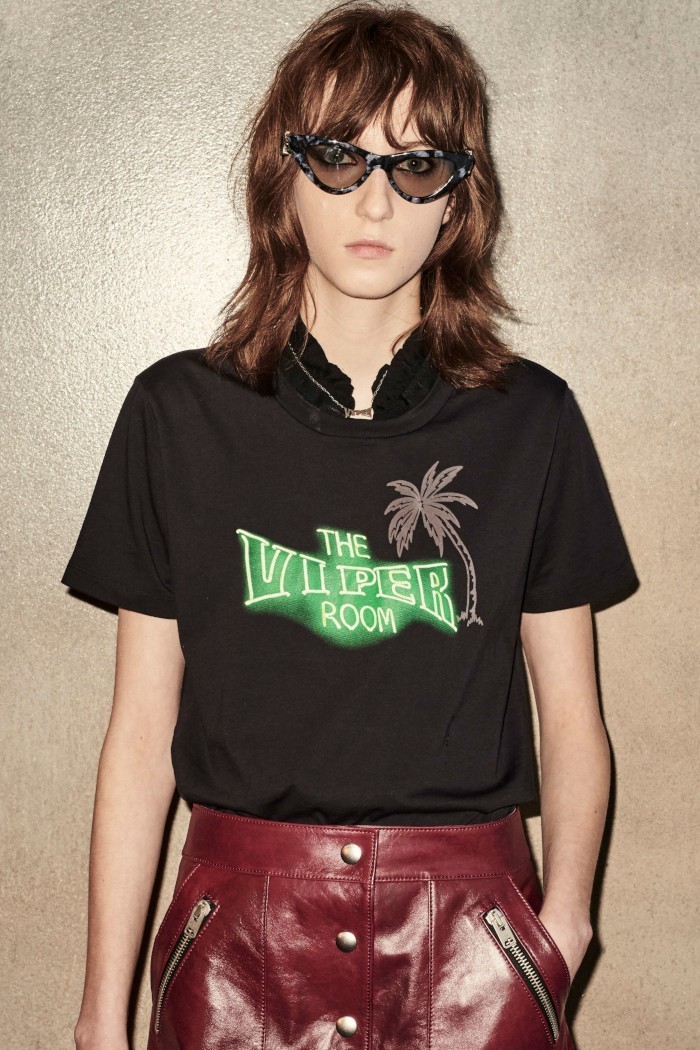 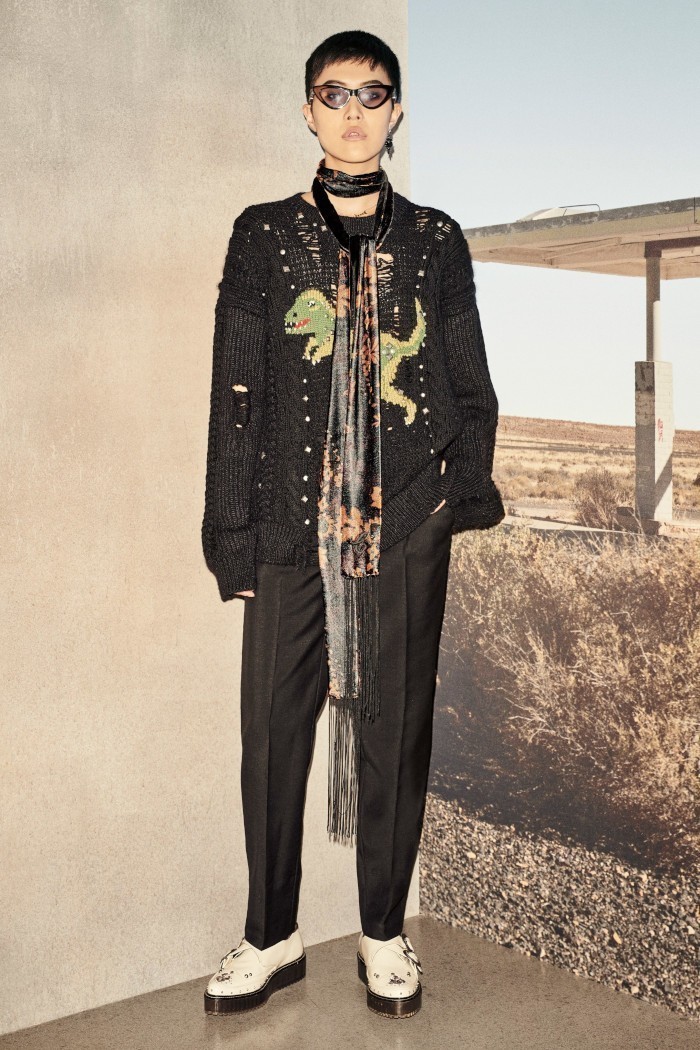 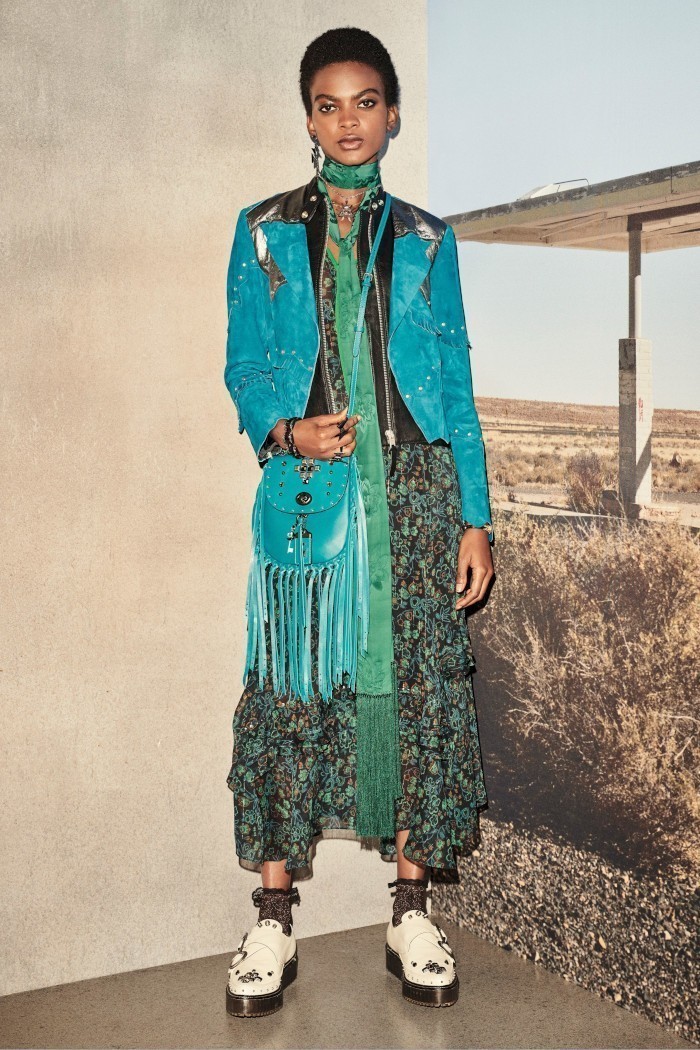 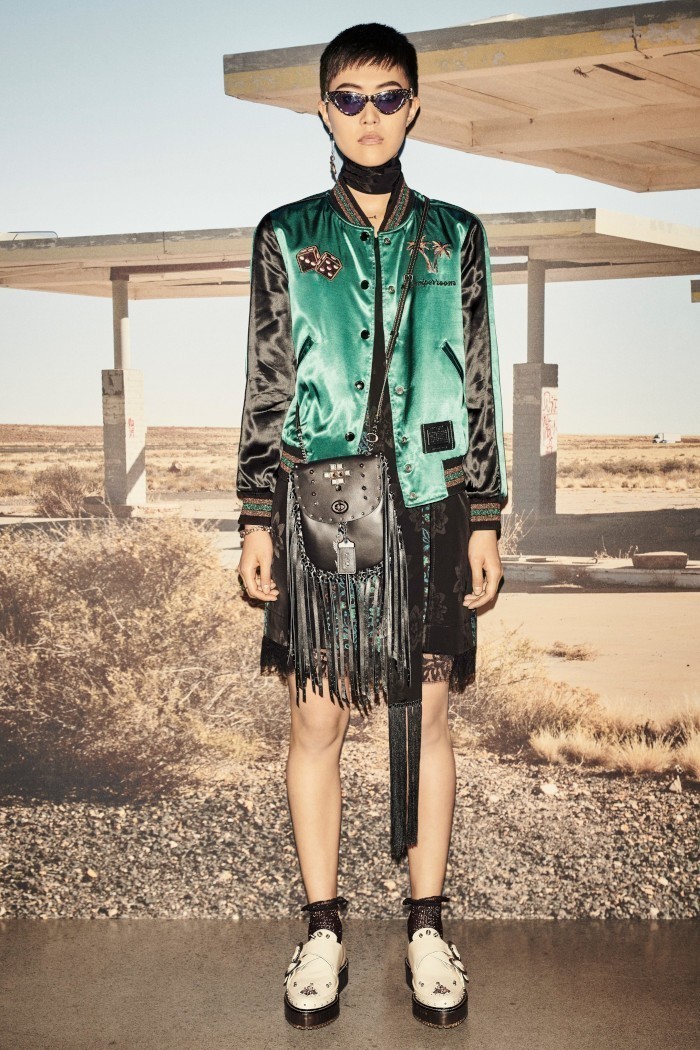 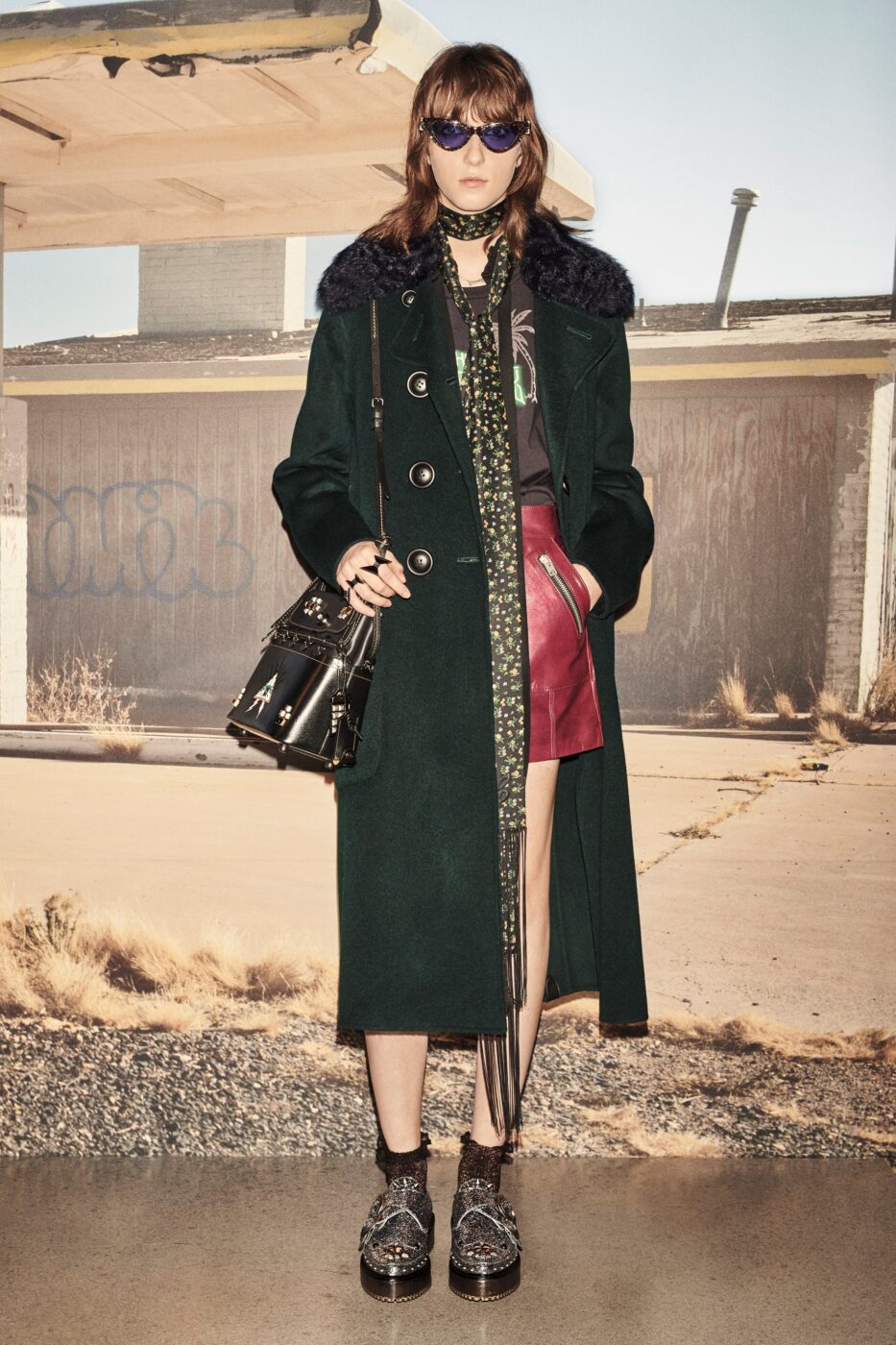 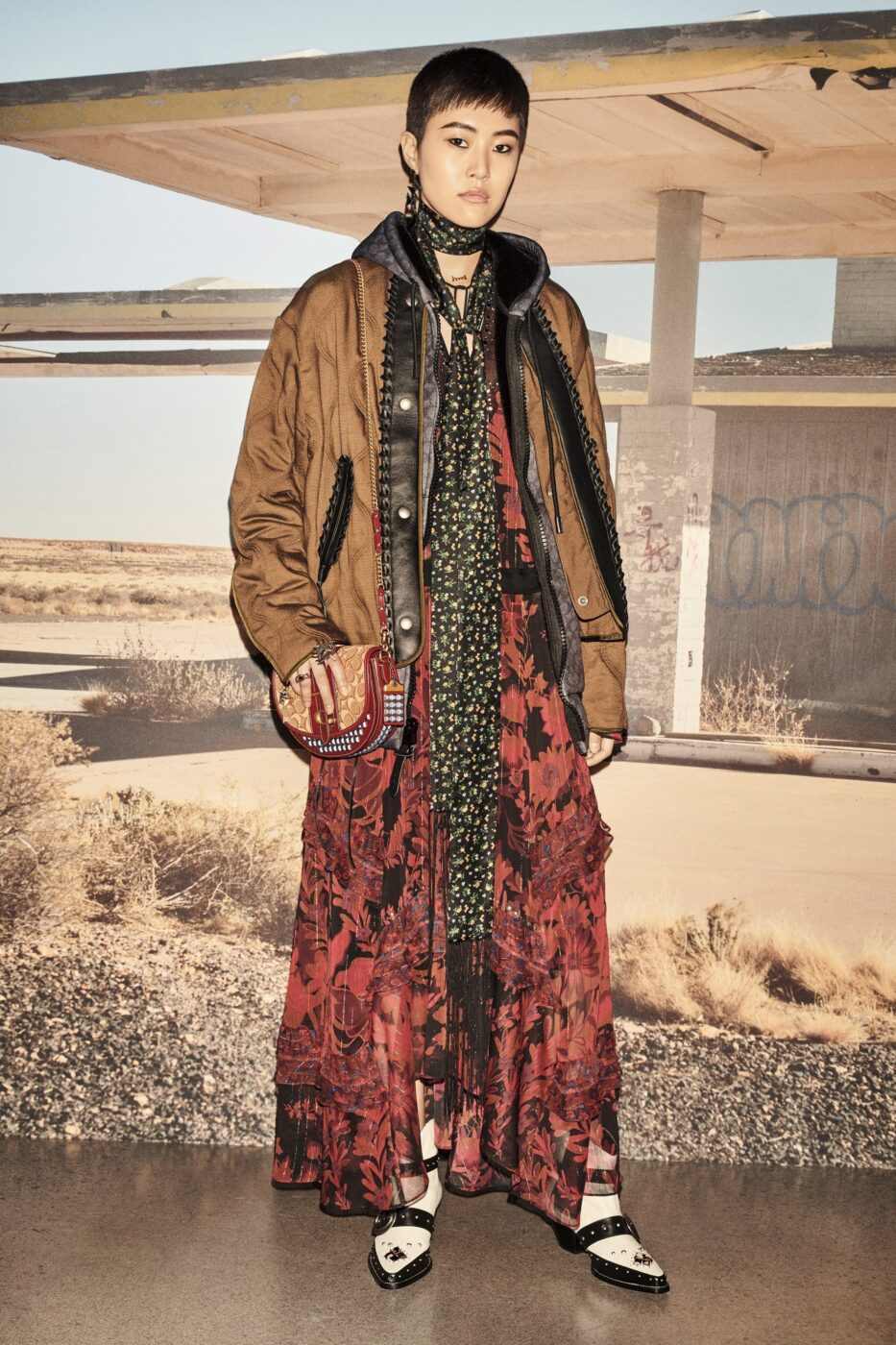 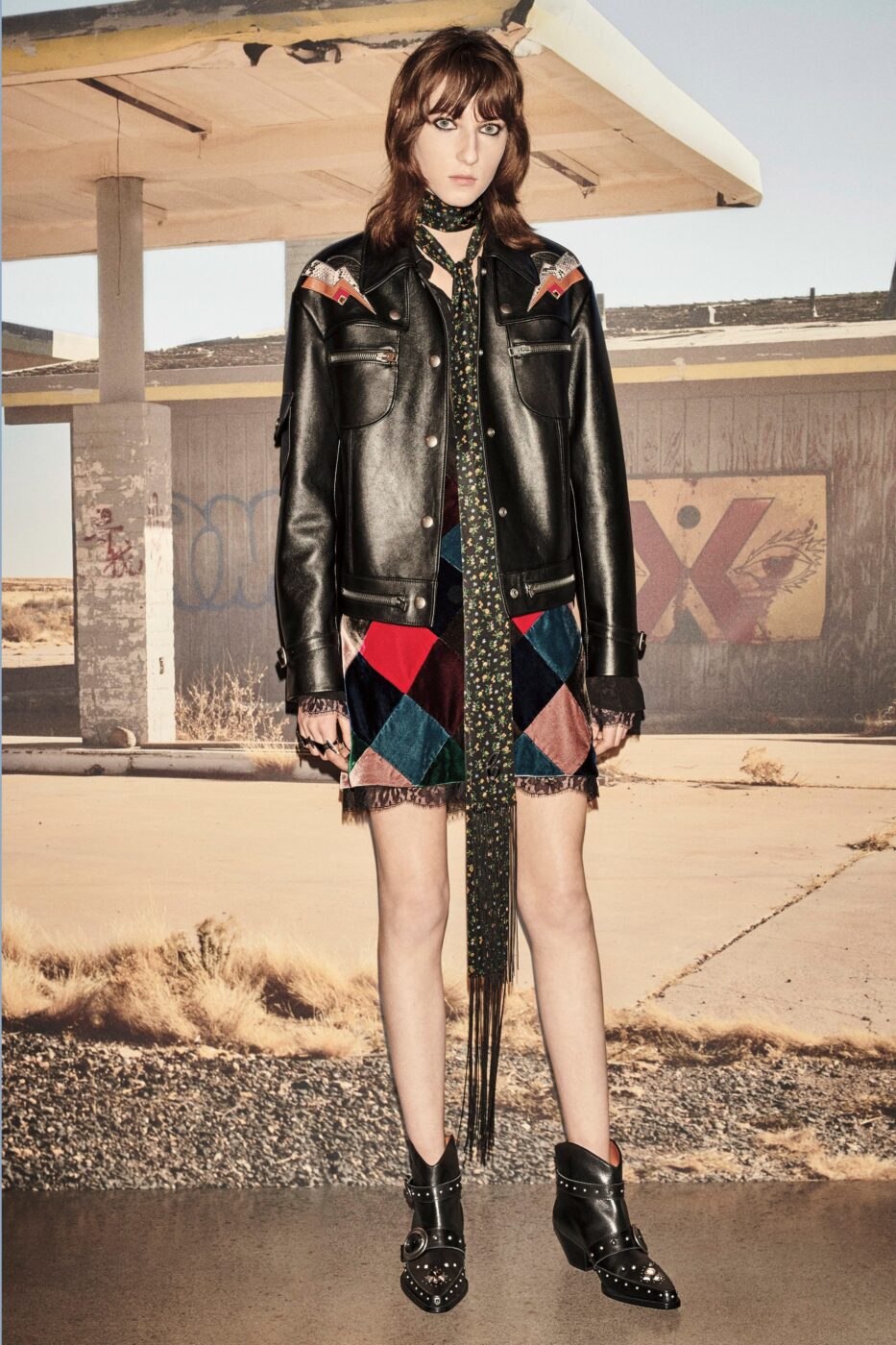 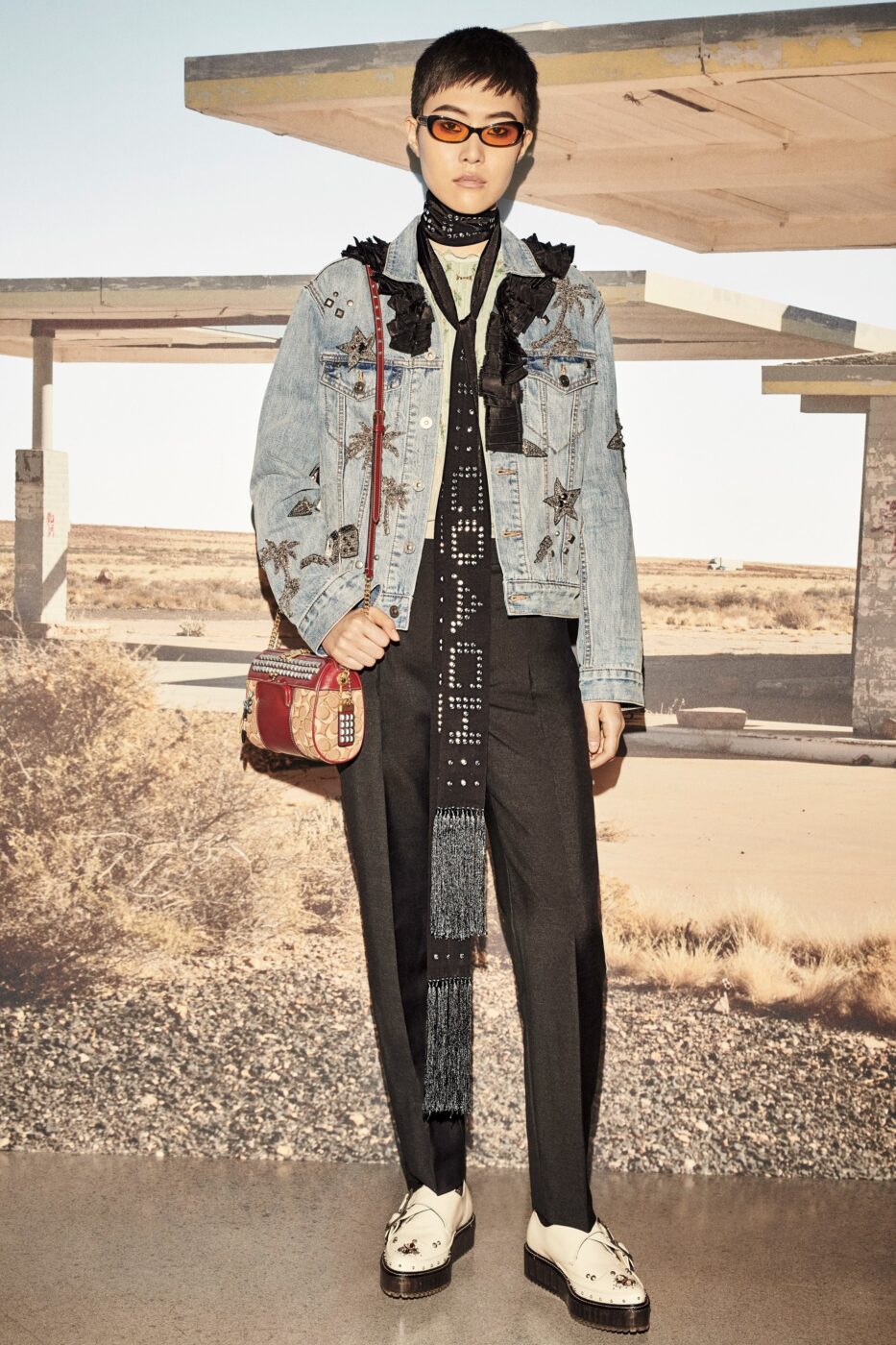 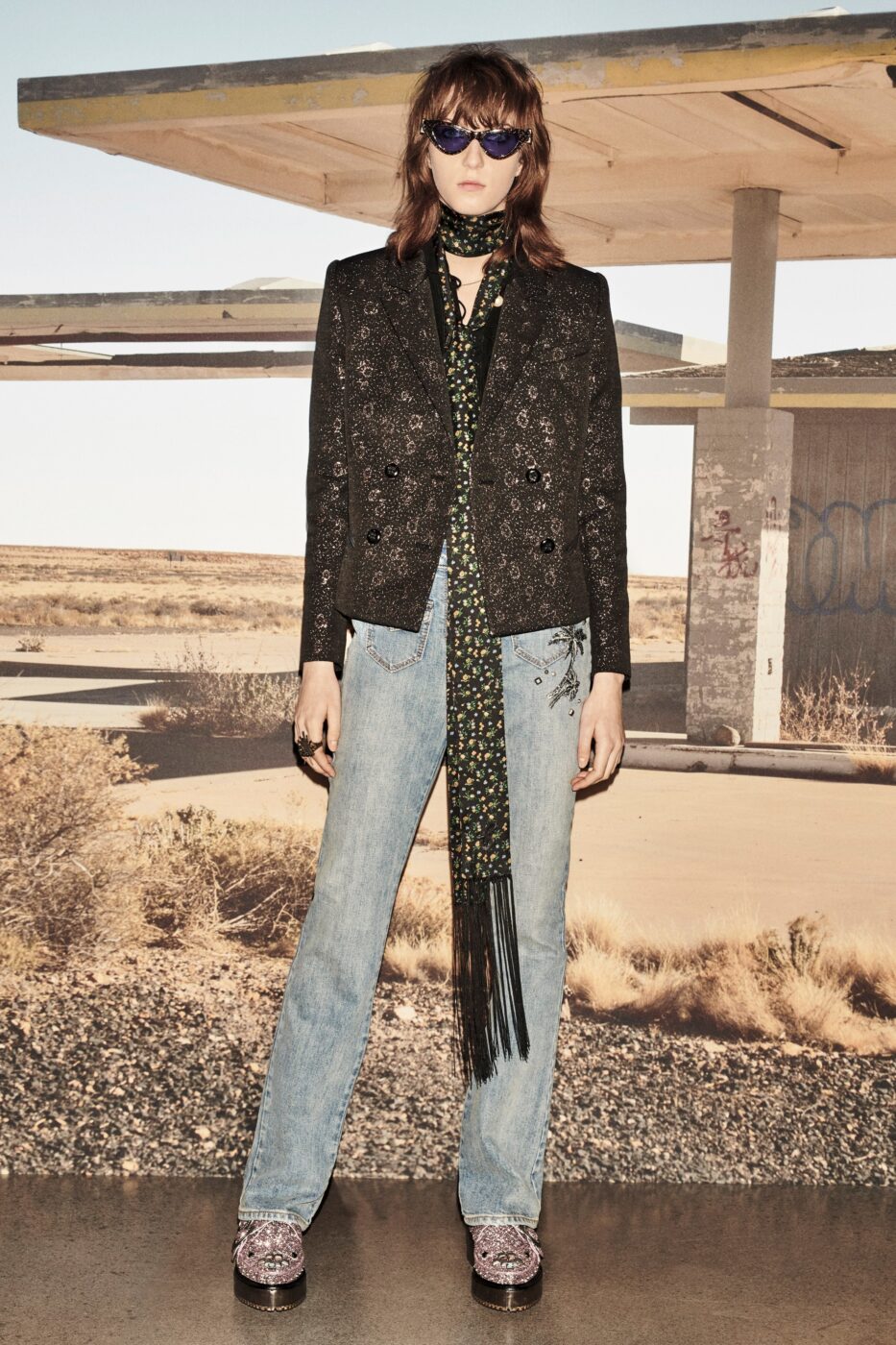 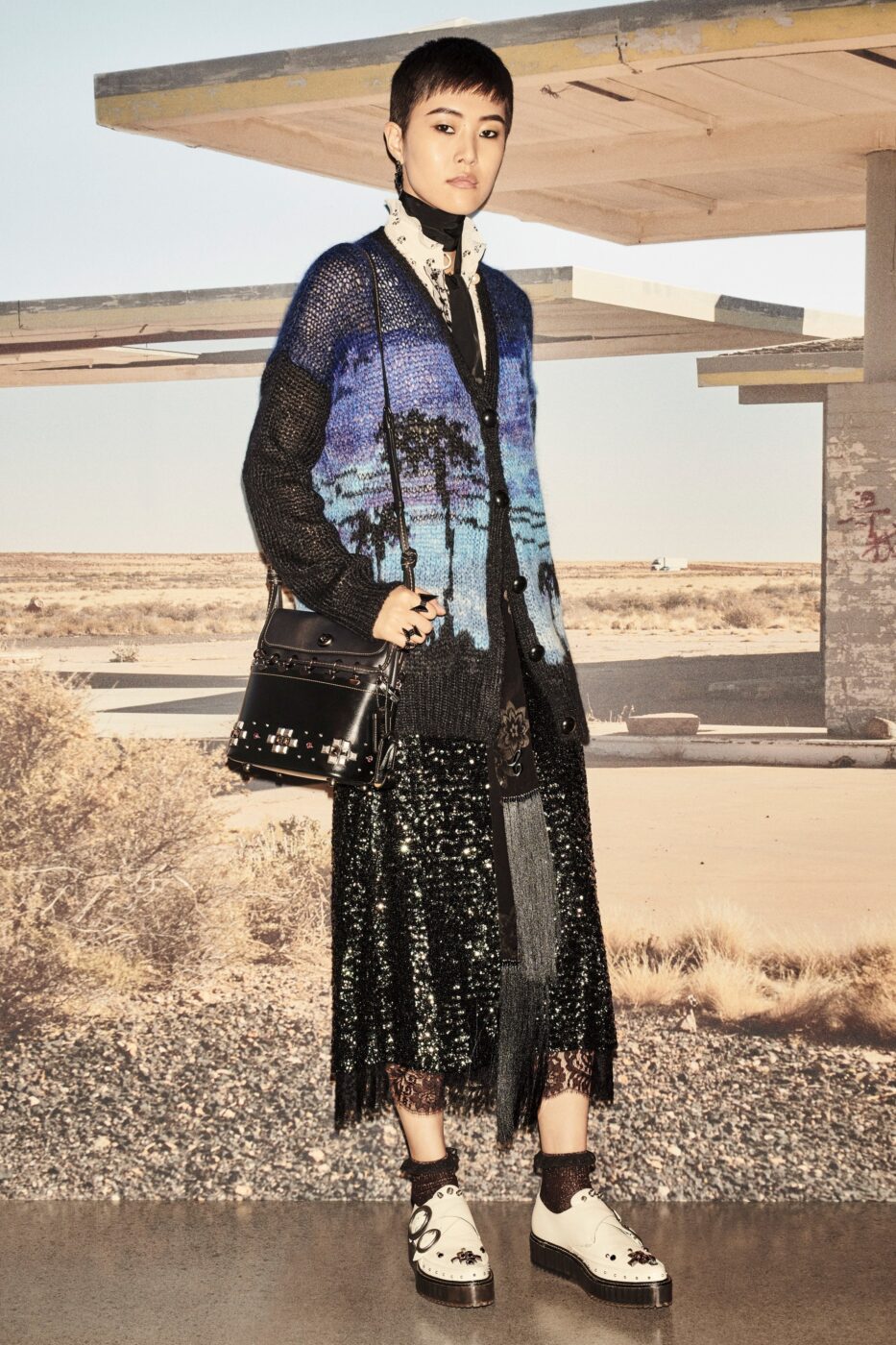 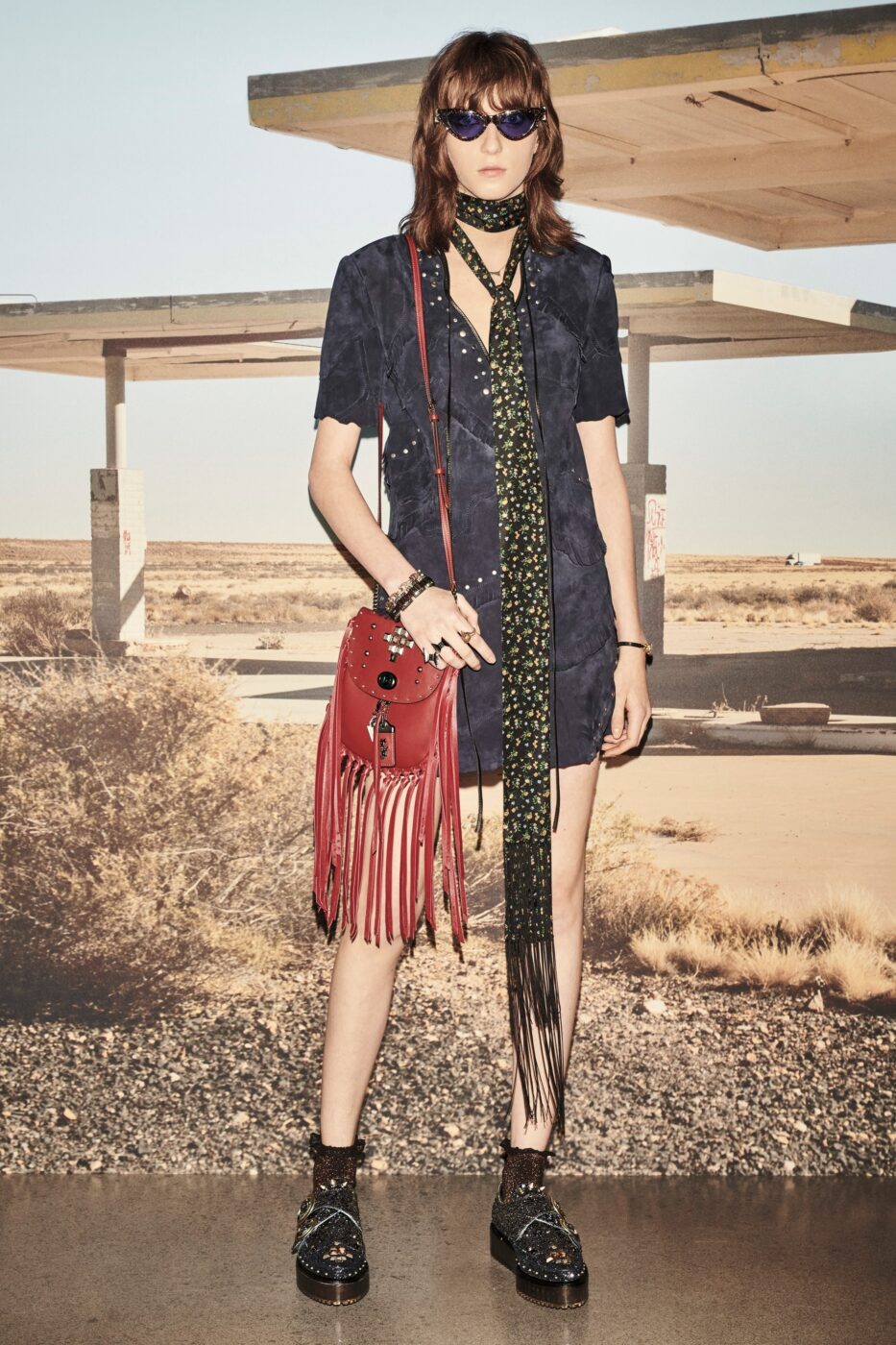 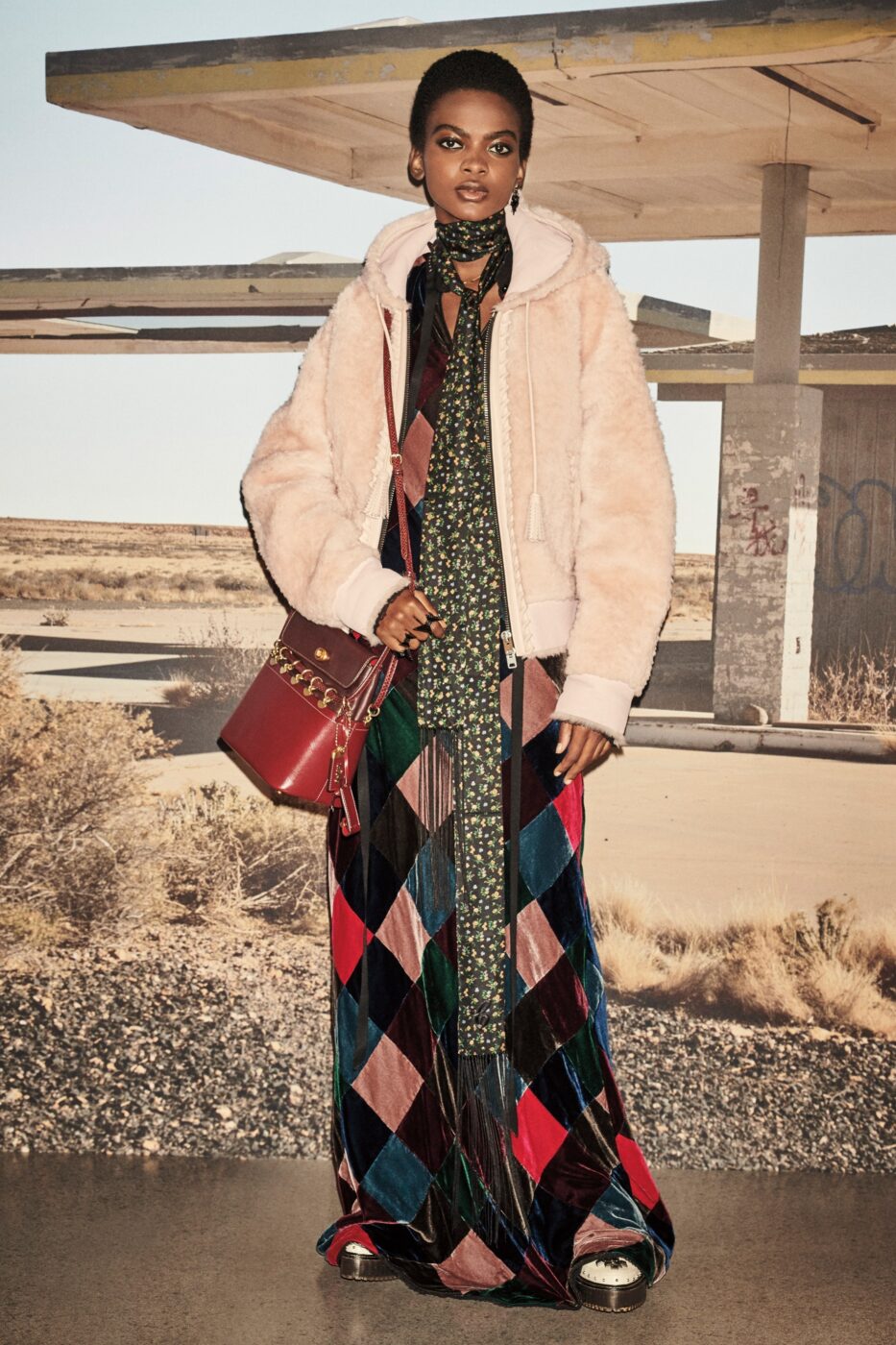 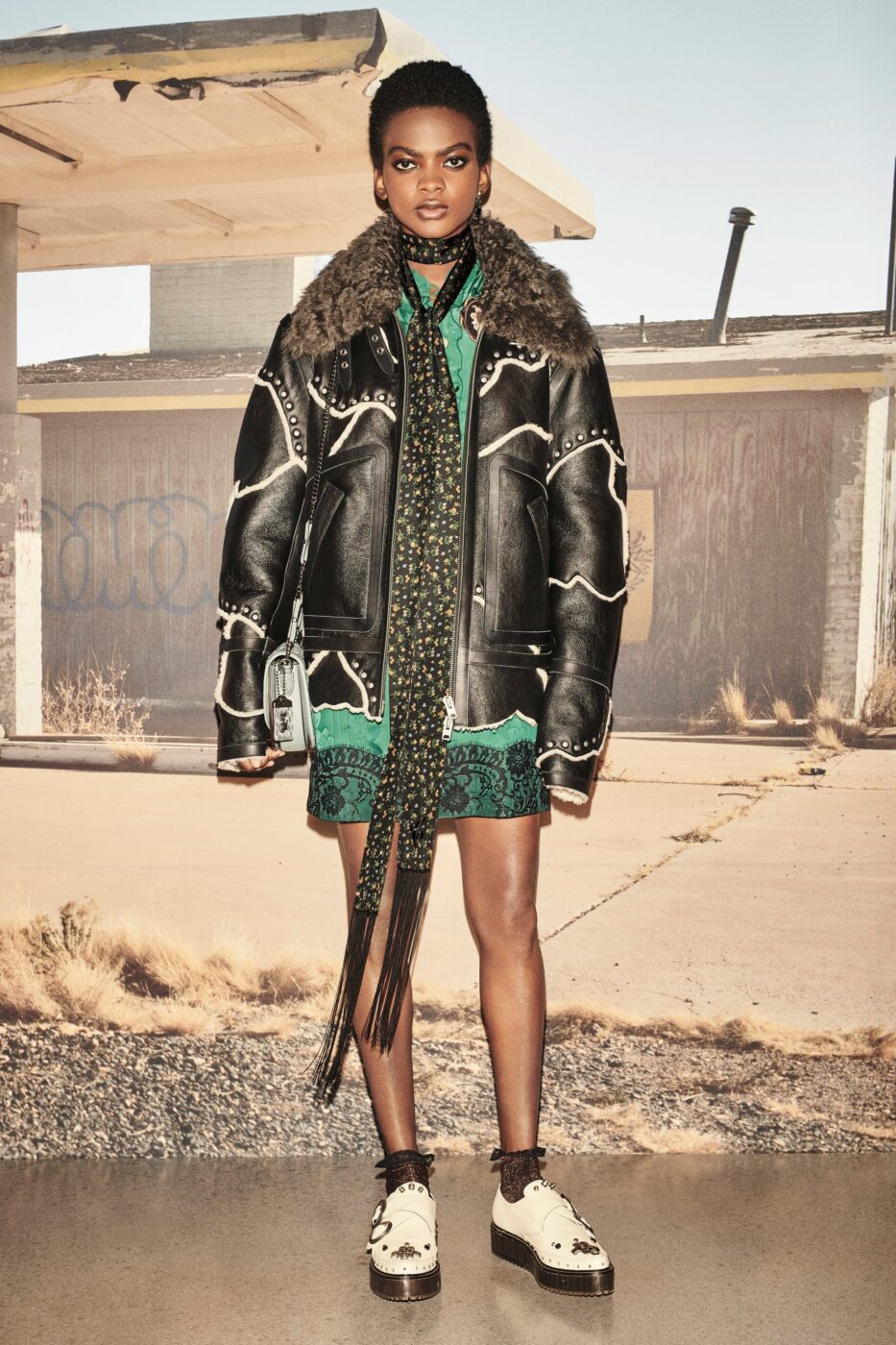 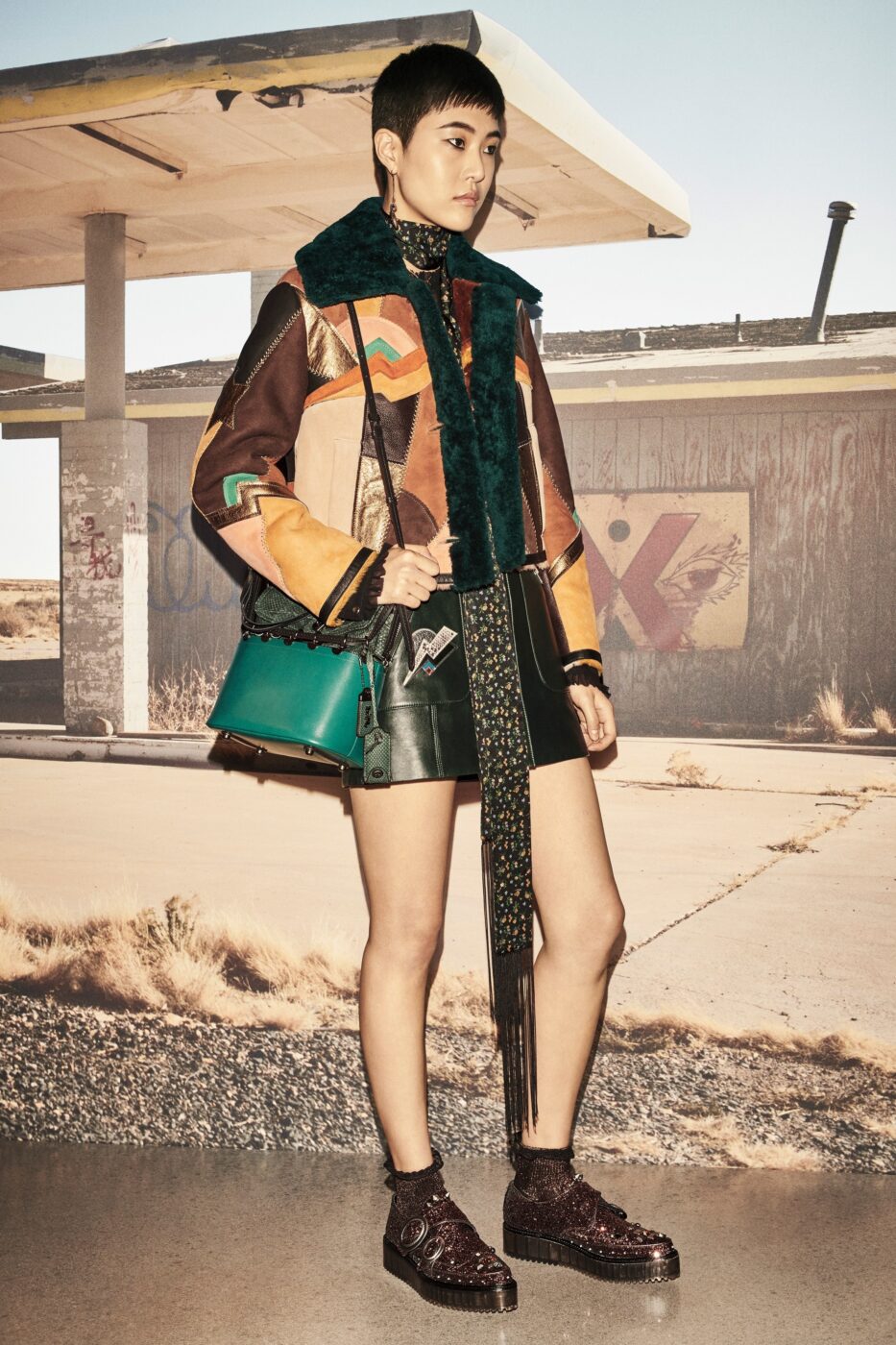 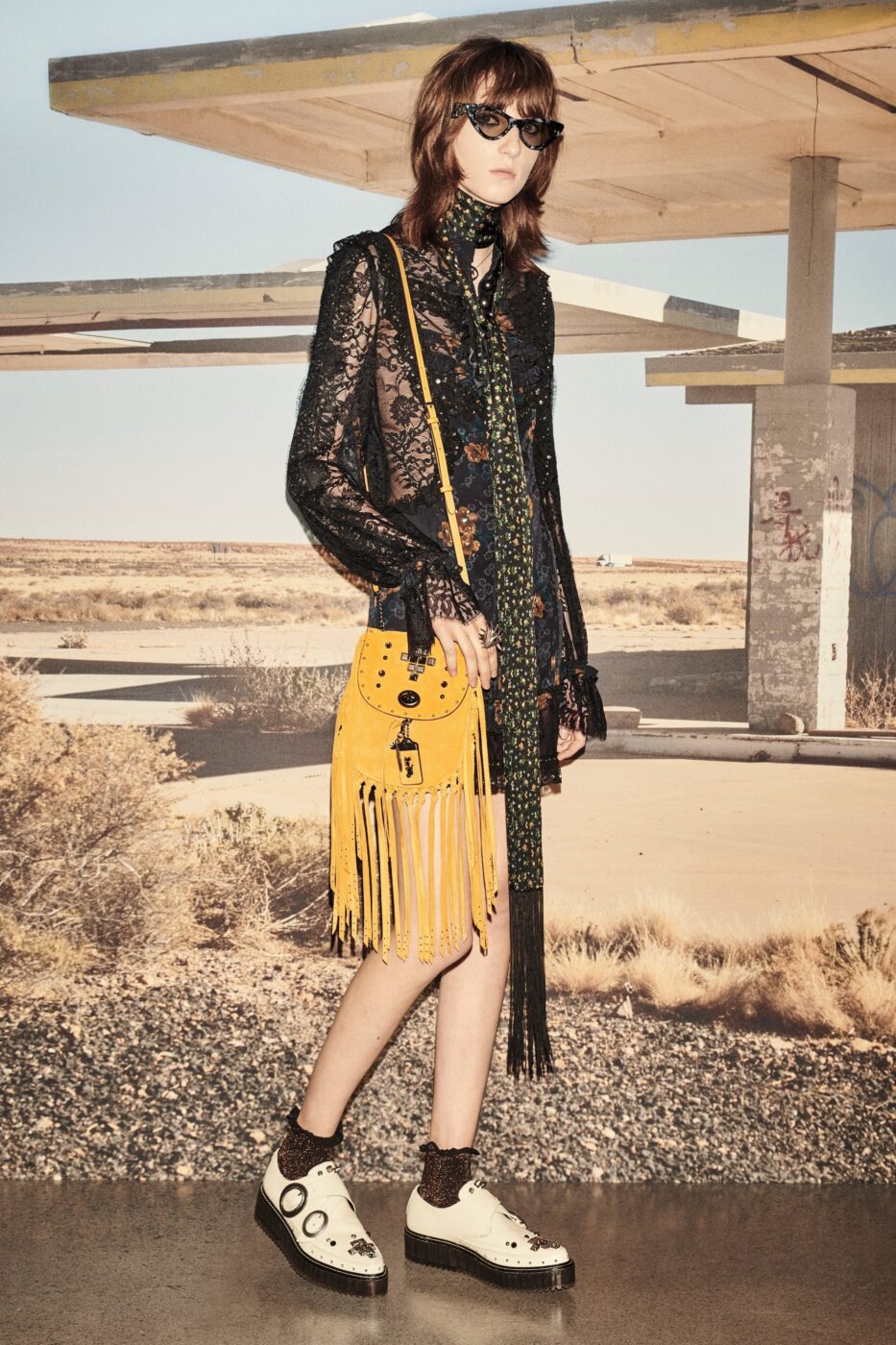 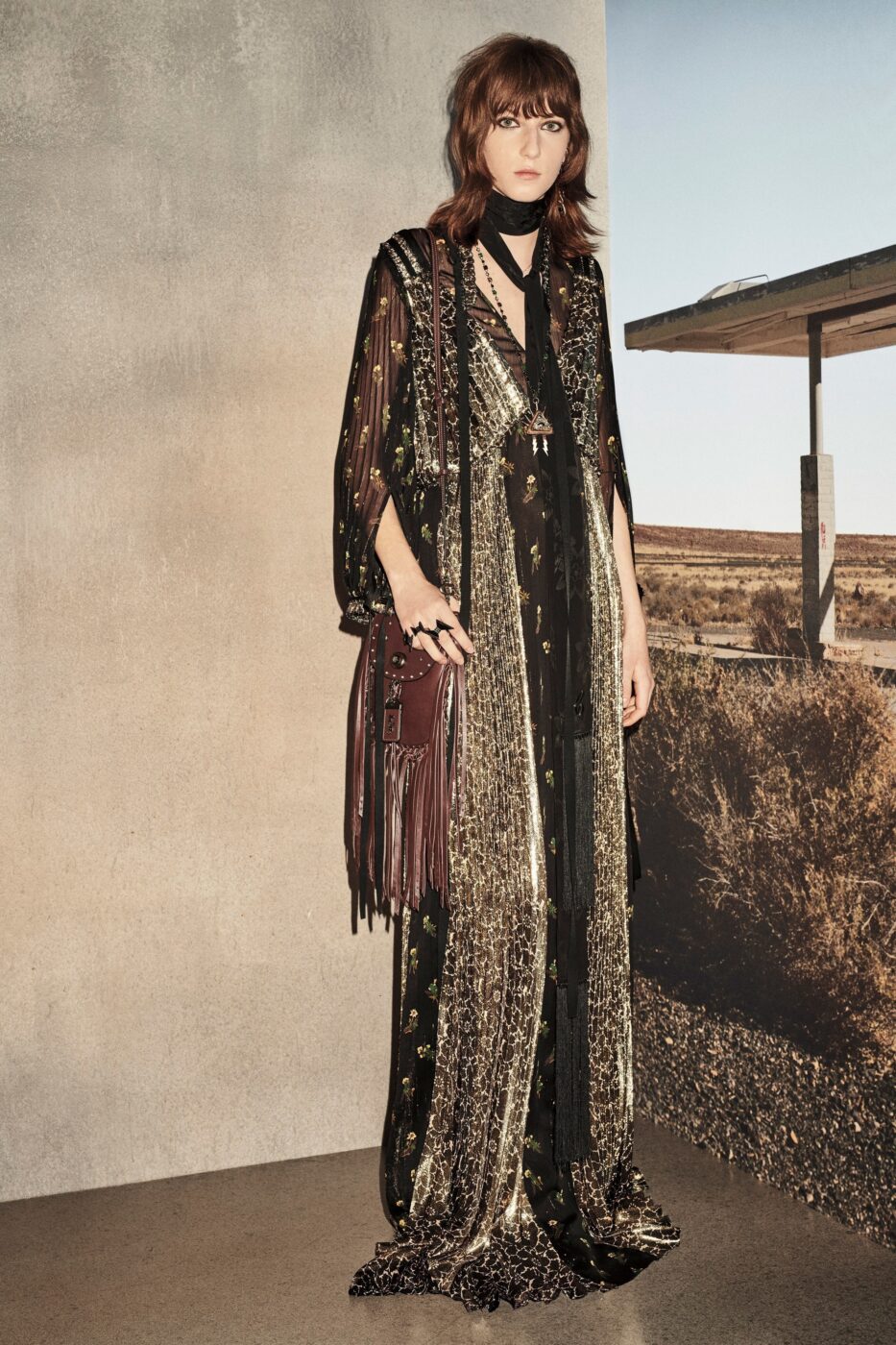 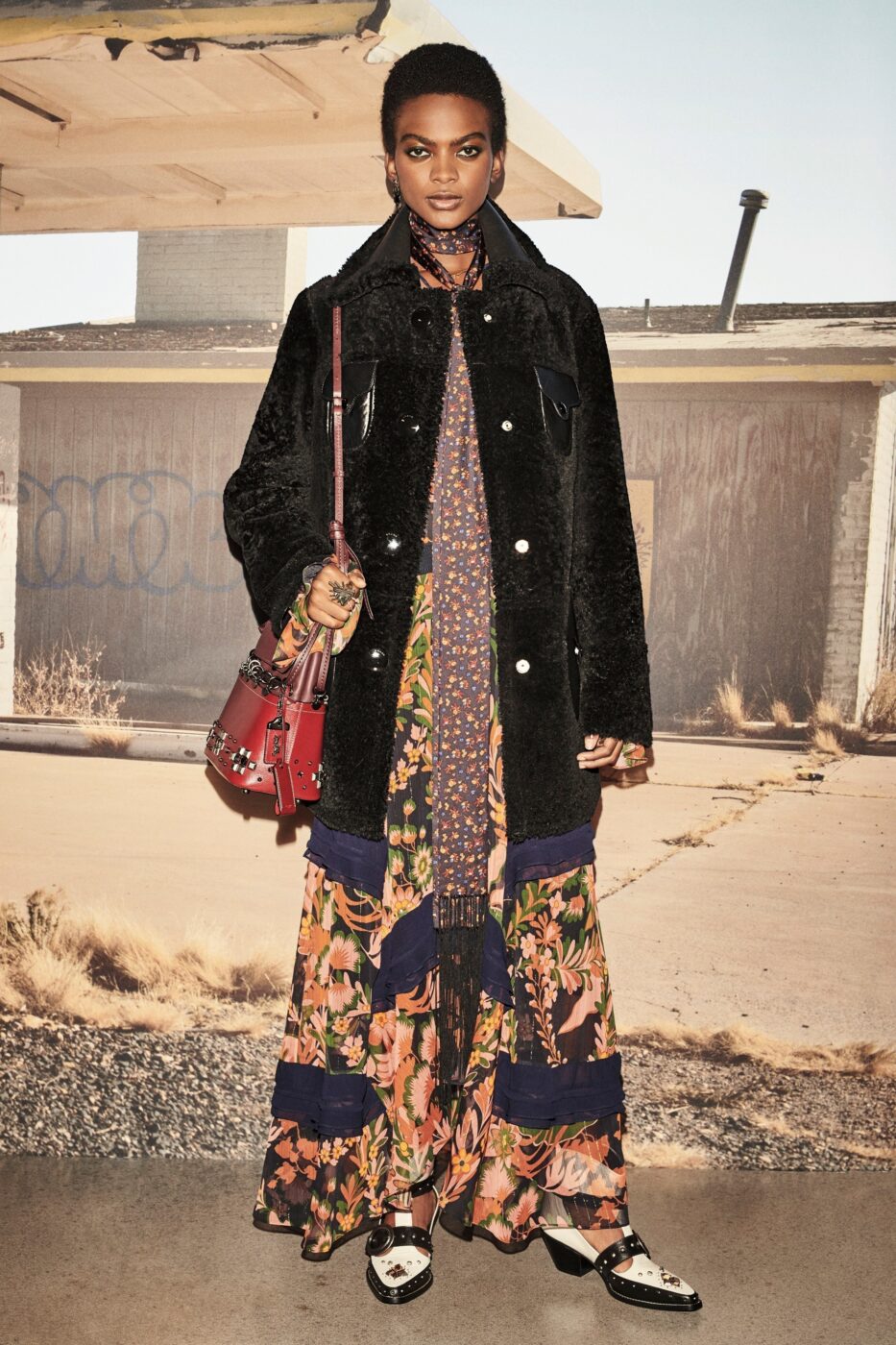 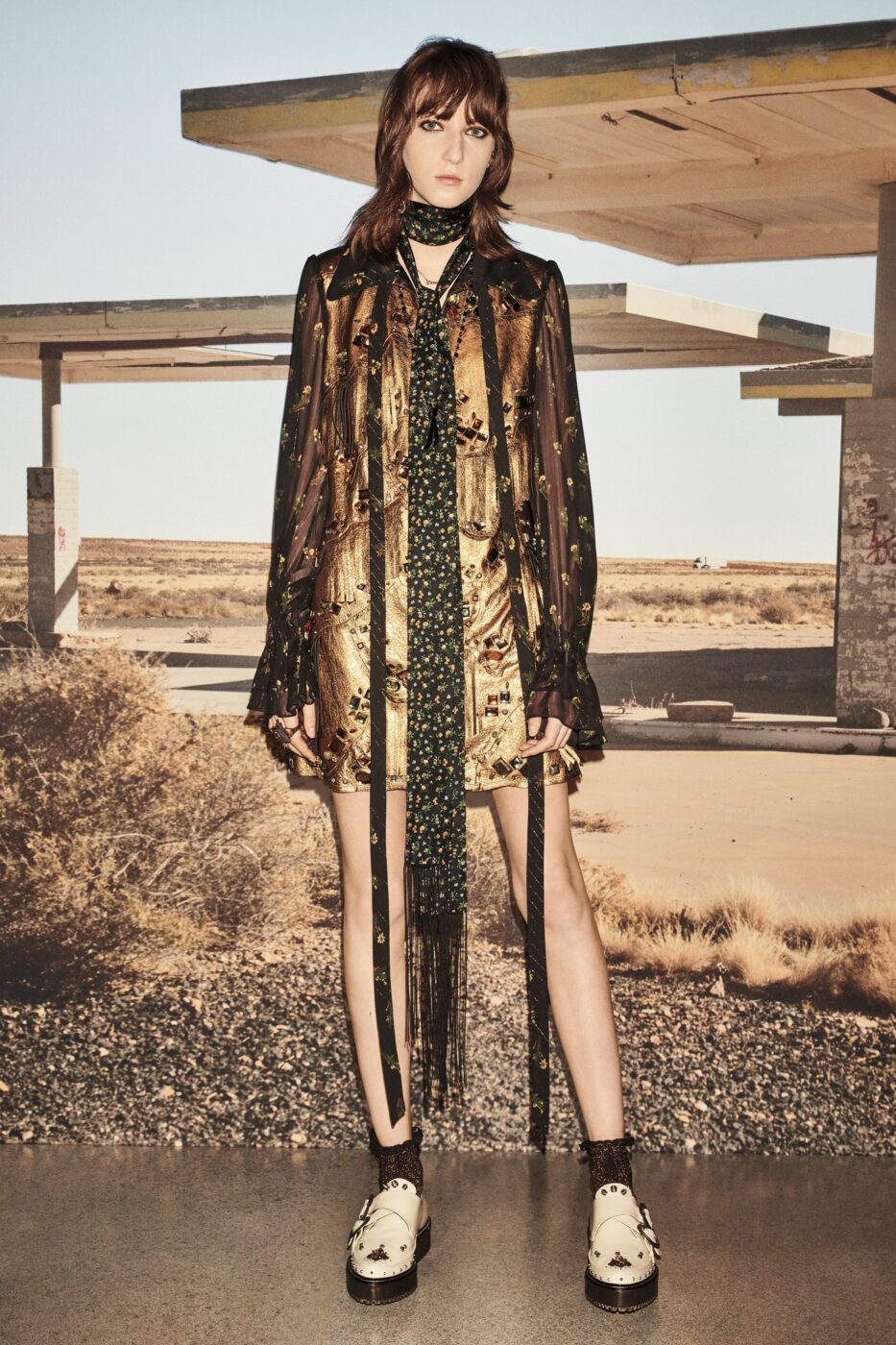 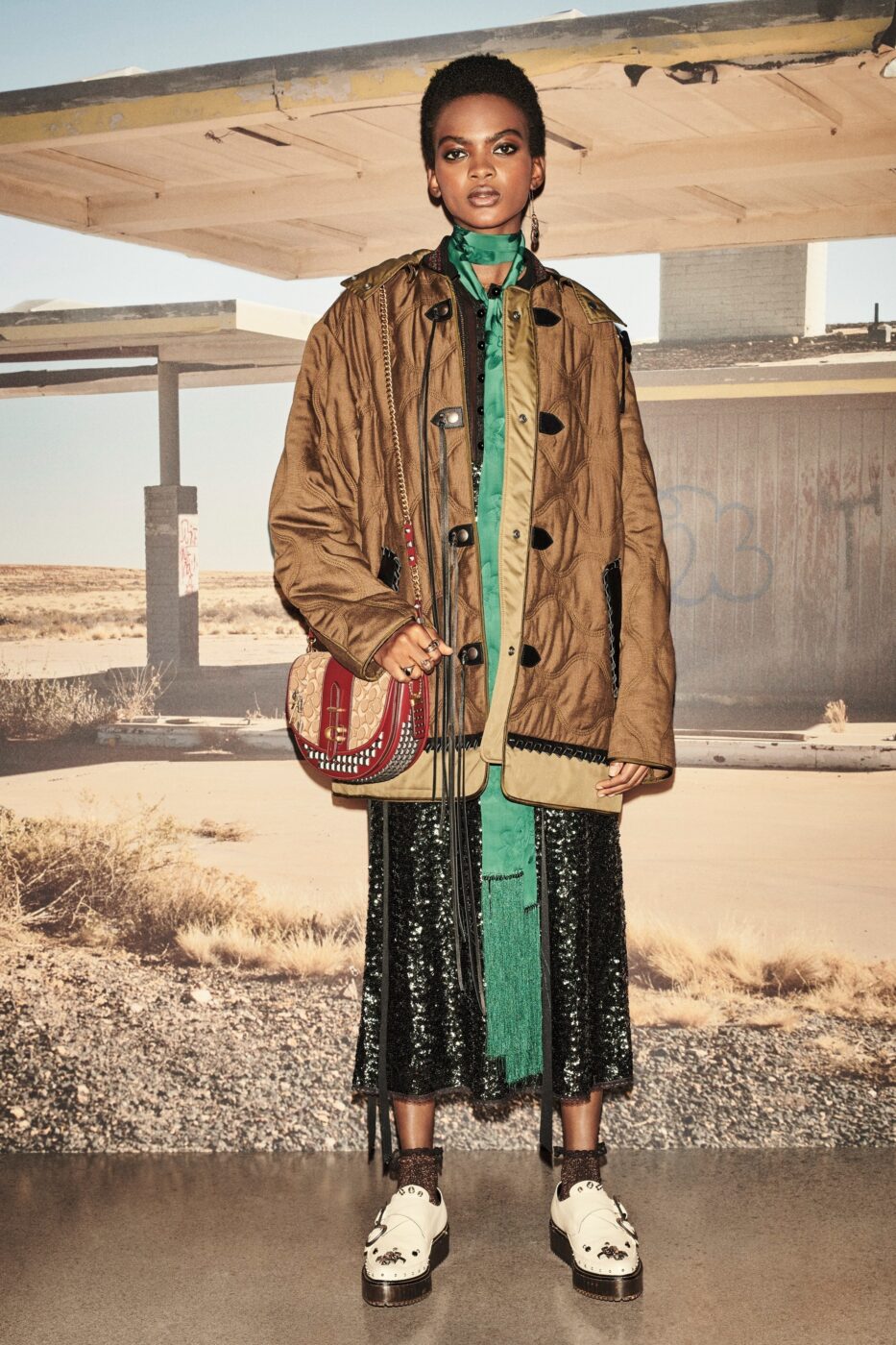 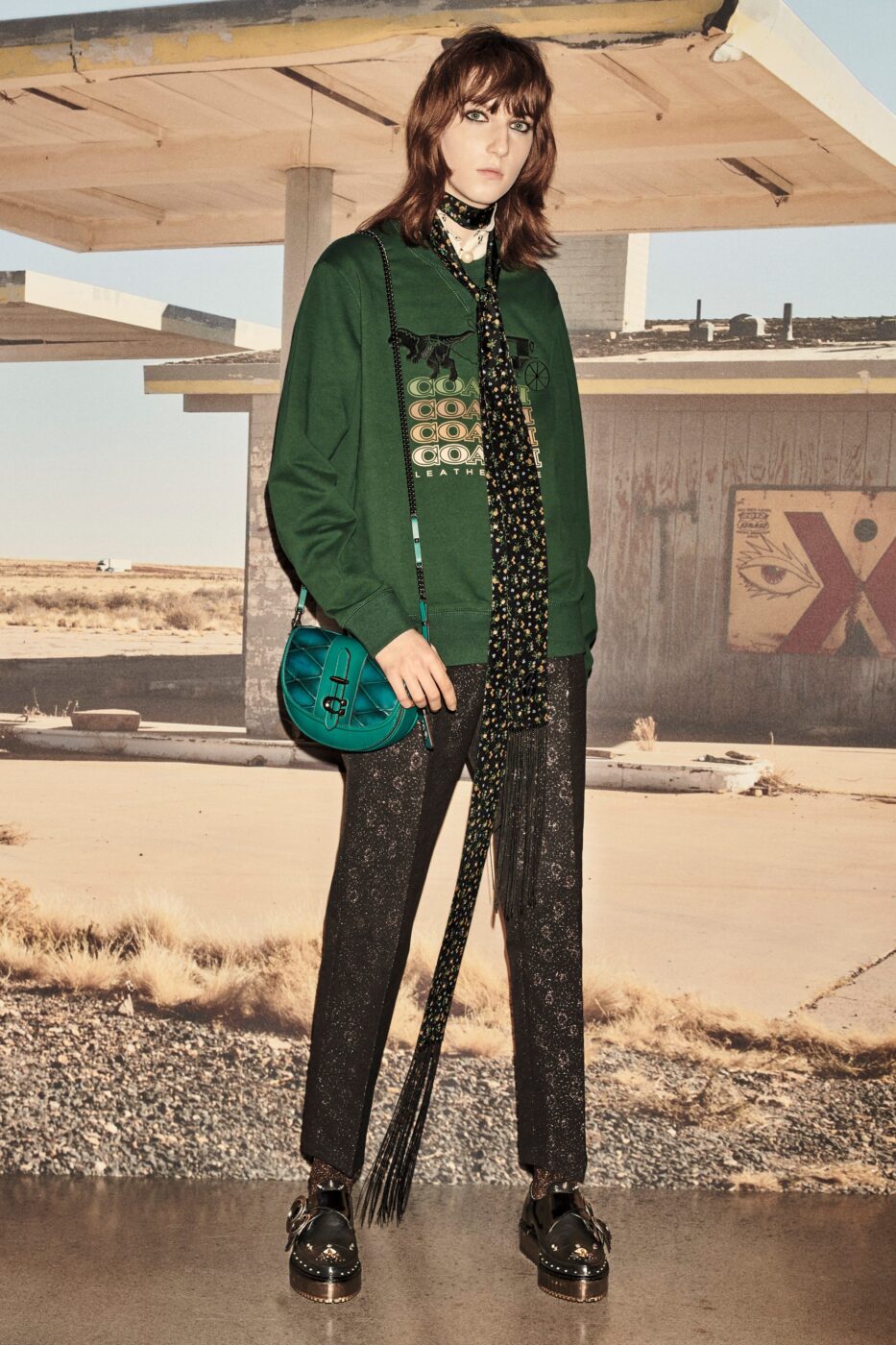 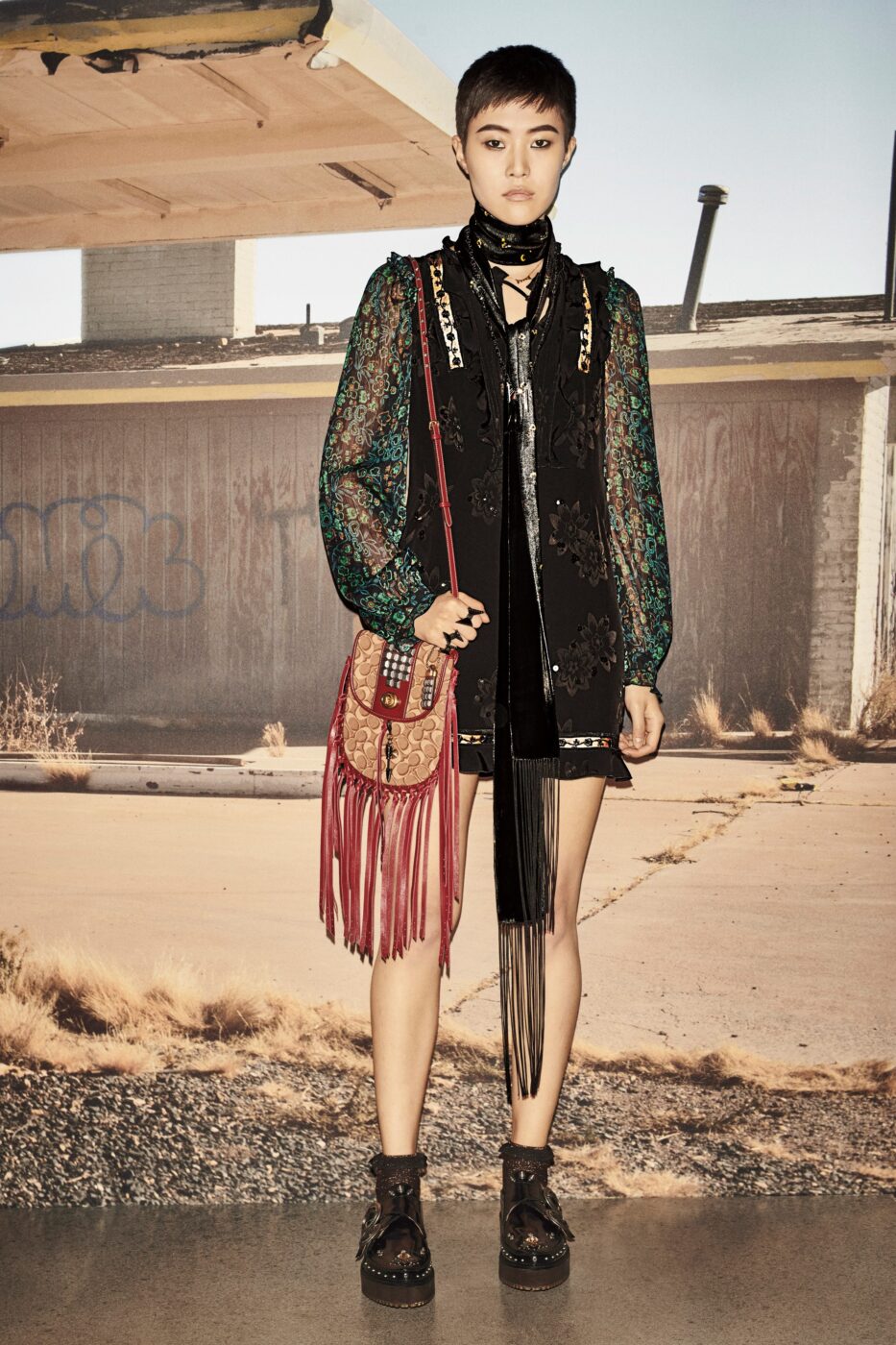 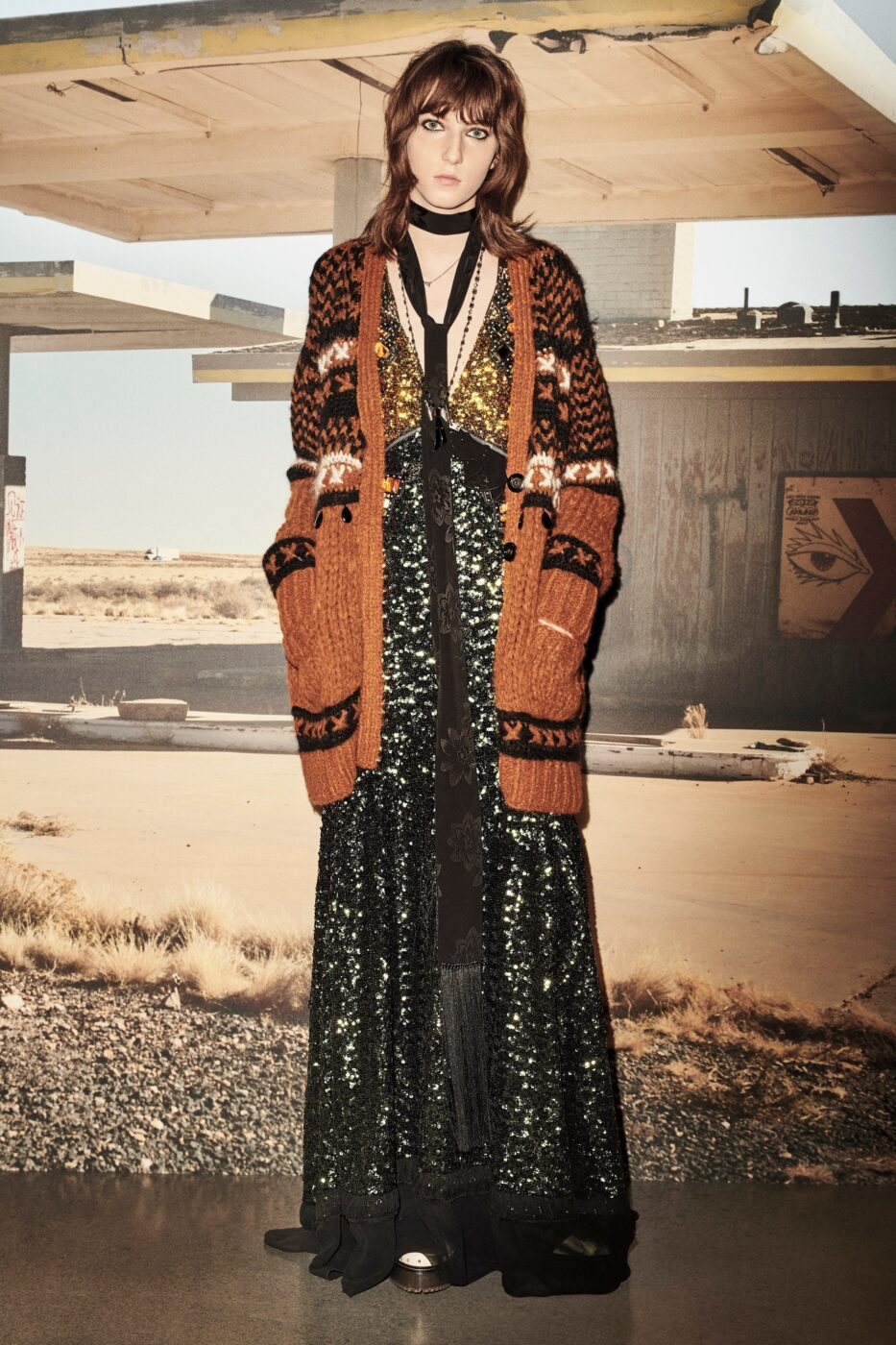 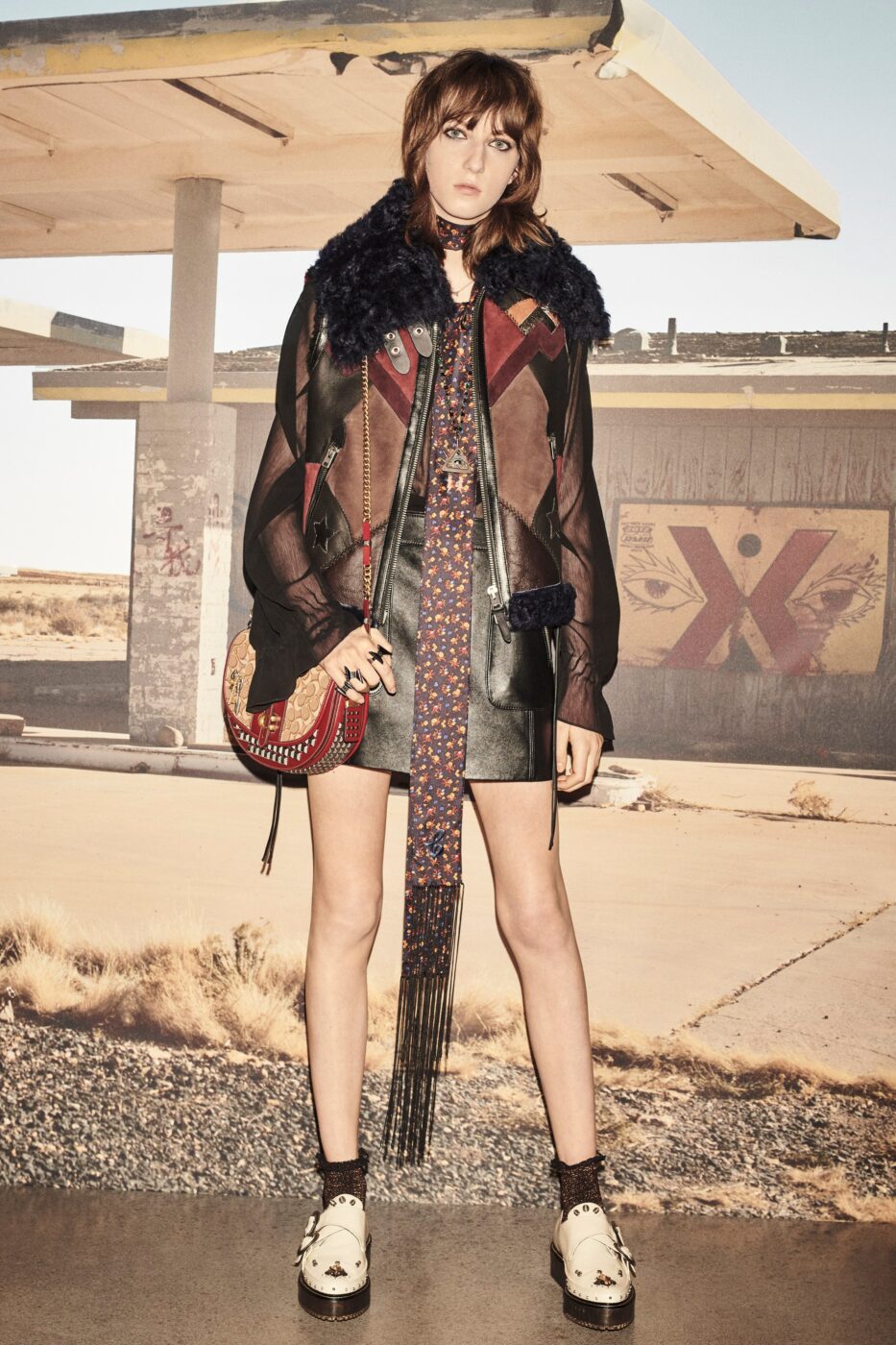