Wes Gordon adds a twist of style to his first bridal collection for Carolina Herrera.

The gowns respected the tradition of the house without stifling his own voice and audience. “I was really thinking about the women I know and my friends,” he said. “What’s very ‘Herrera bridal’ to me is a clean, minimalist gown with something extraordinary added to it, whether it’s a ribbon, embroidery, or a veil.”

Gordon created a wide range of gowns, from a most elegant monastic column with a detachable train to a strapless confection with trimmed bands of lace for women with a Grace Kelly fantasy. There was a cohesion to the offering, as well as connections to the ready-to-wear line. “Herrera is about color, so for us to do two seasons a year where we ignore color seems a little sad,” said the designer.

Gordon thought beyond the aisle, for some brides who come to Herrera for one dress leave with three—for the engagement party, rehearsal dinner, and reception. There were knee-length dresses and a jumpsuit, as well. “For us, it’s about this idea of something old, something new, something borrowed, something blue—and something yellow, and something hand-painted, and something with pearl buttons,” he said. “It’s simultaneously being reverent and irreverent. I think our bride loves the romance of a beautiful wedding and loves the traditions associated with it, but at the same time, she’s inventing her own traditions a little bit and making her own rules. Like Mrs. Herrera, she’s a confident woman.” 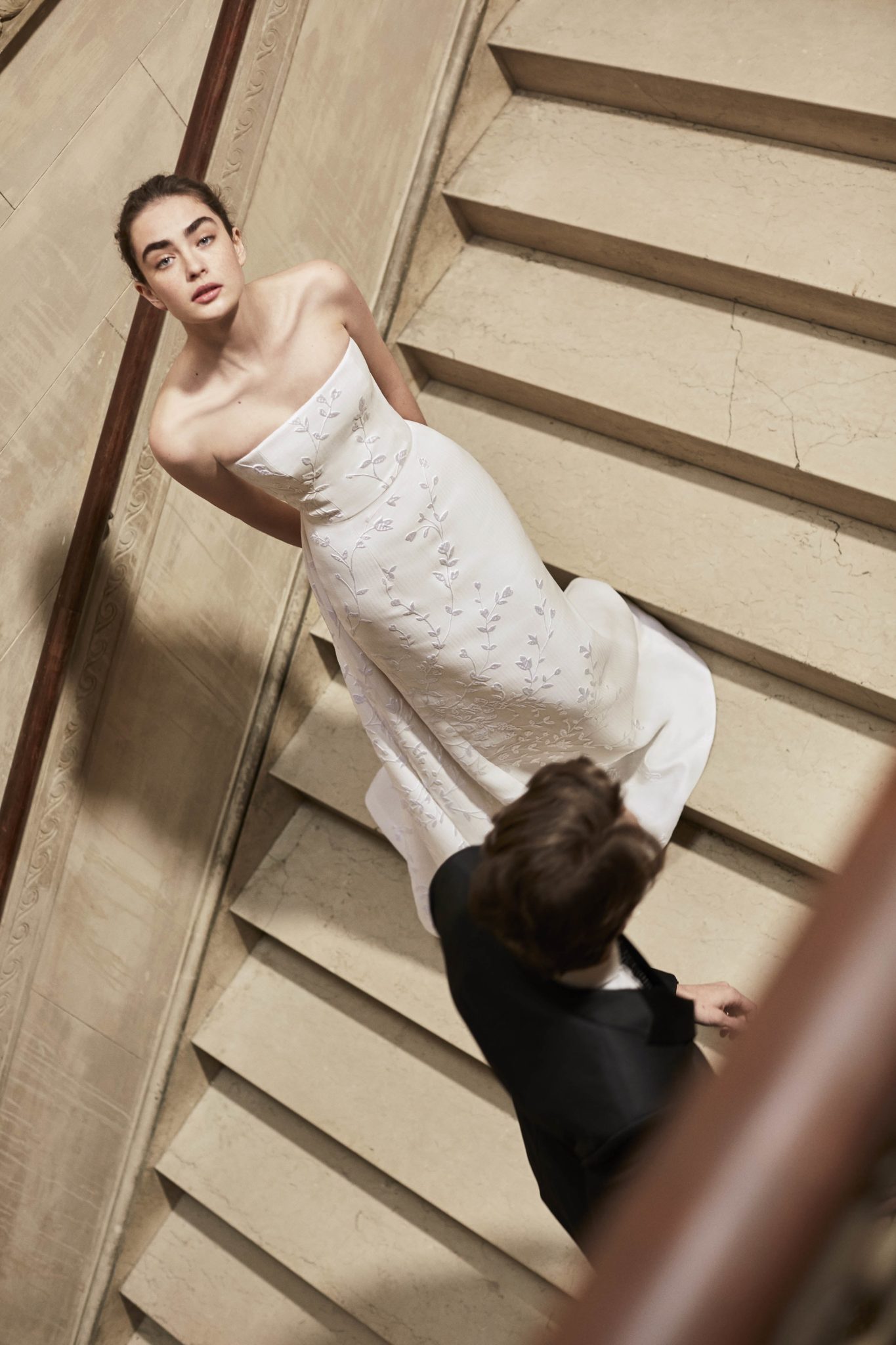 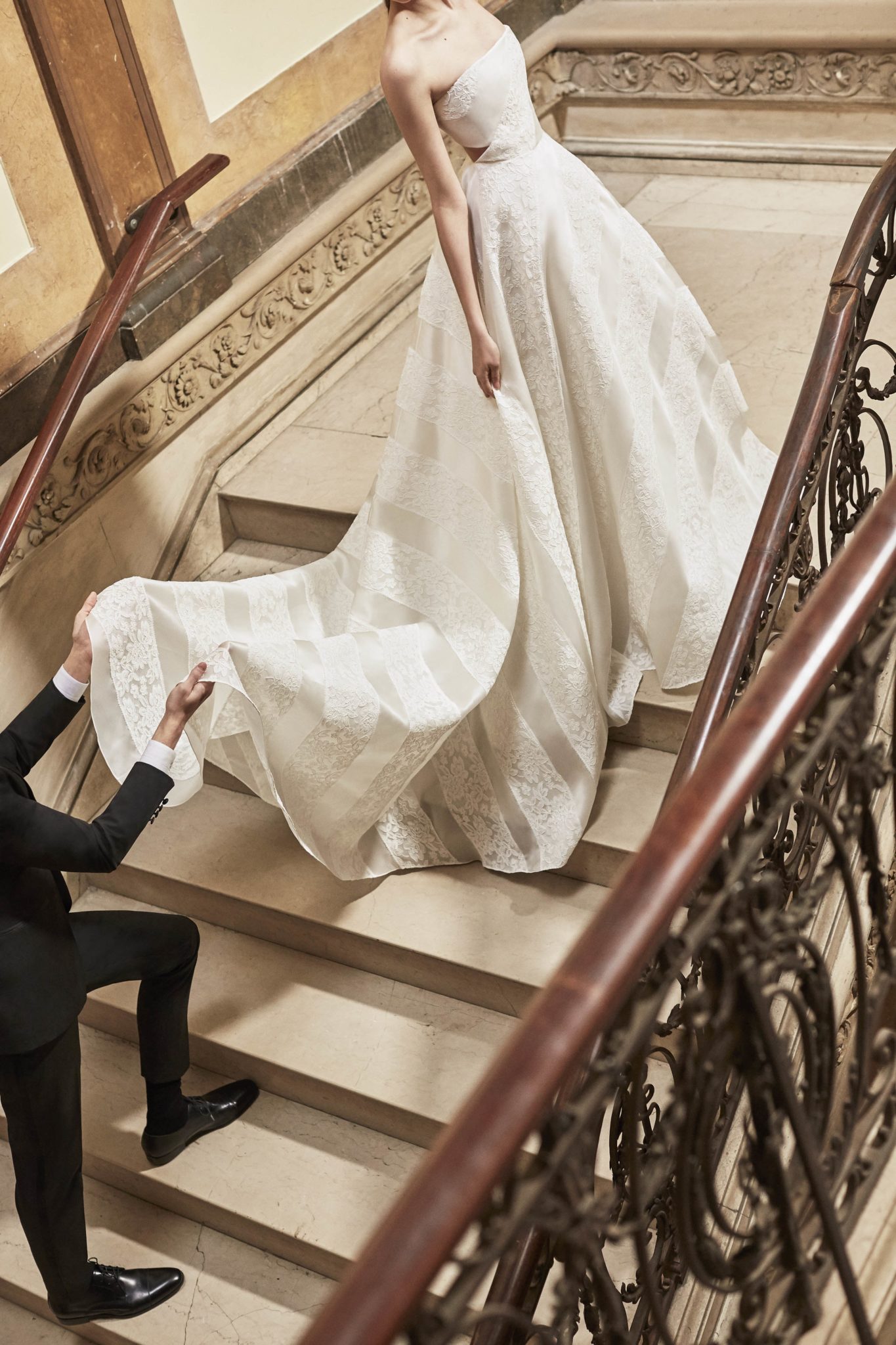 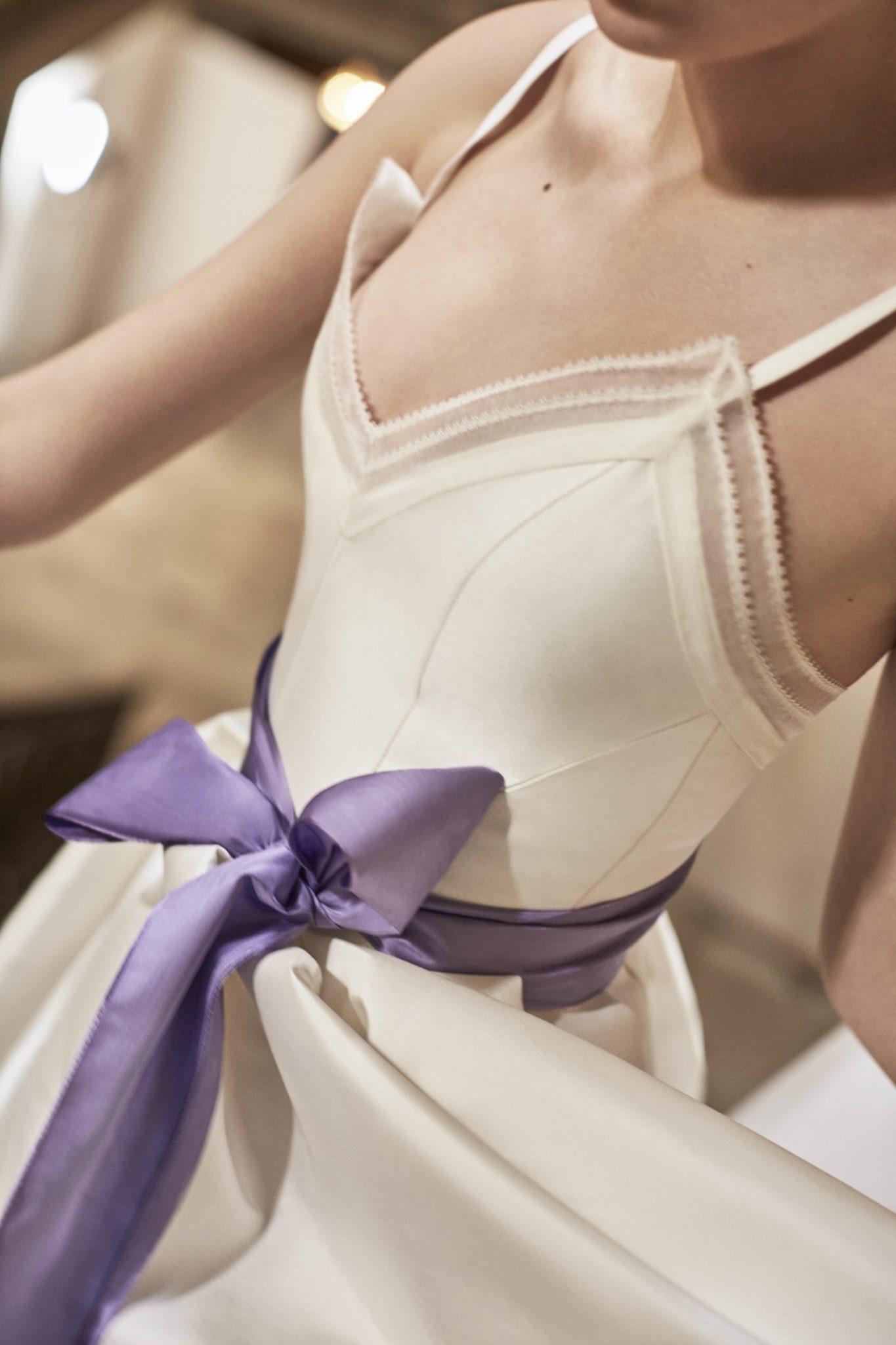 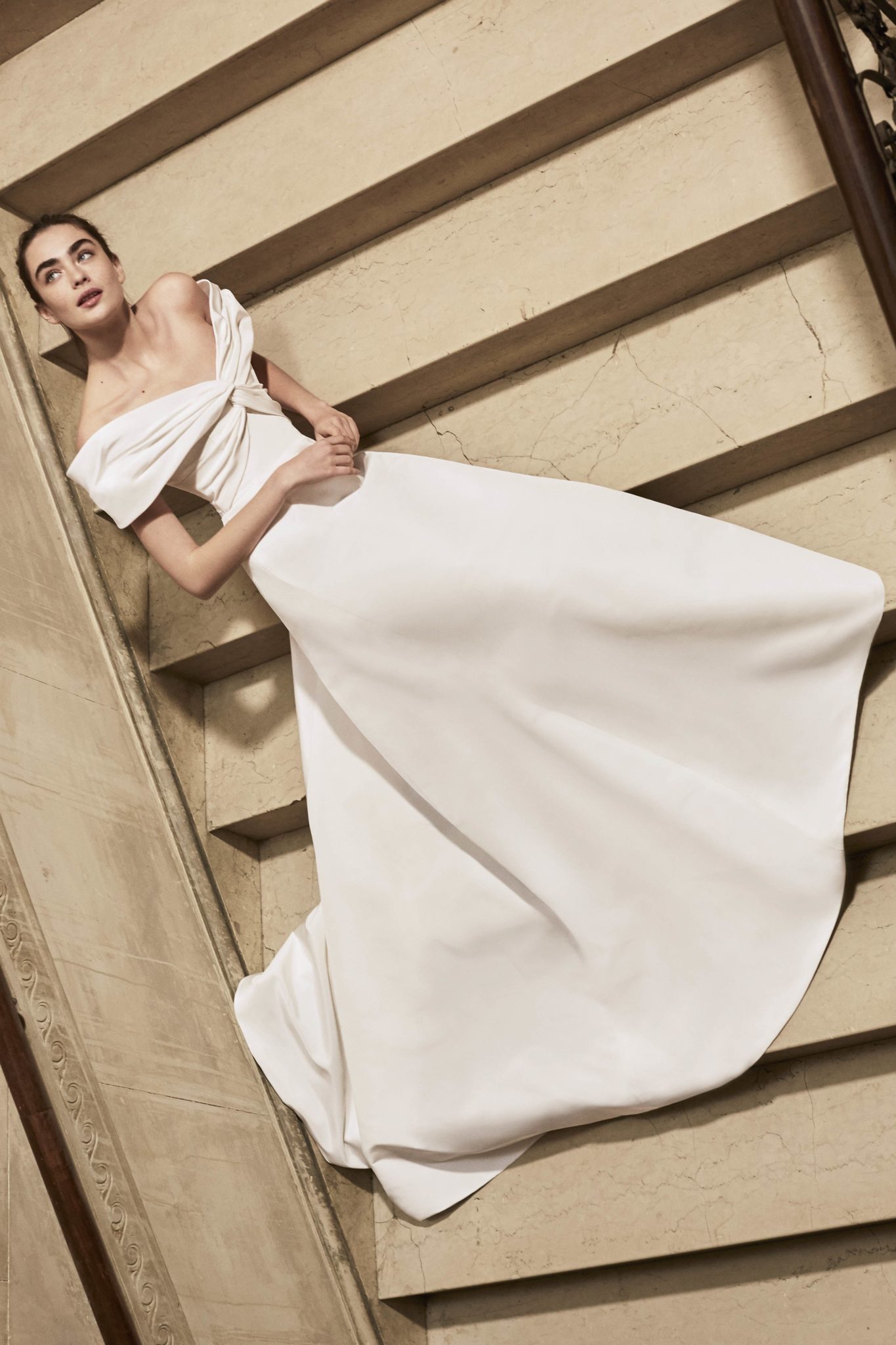 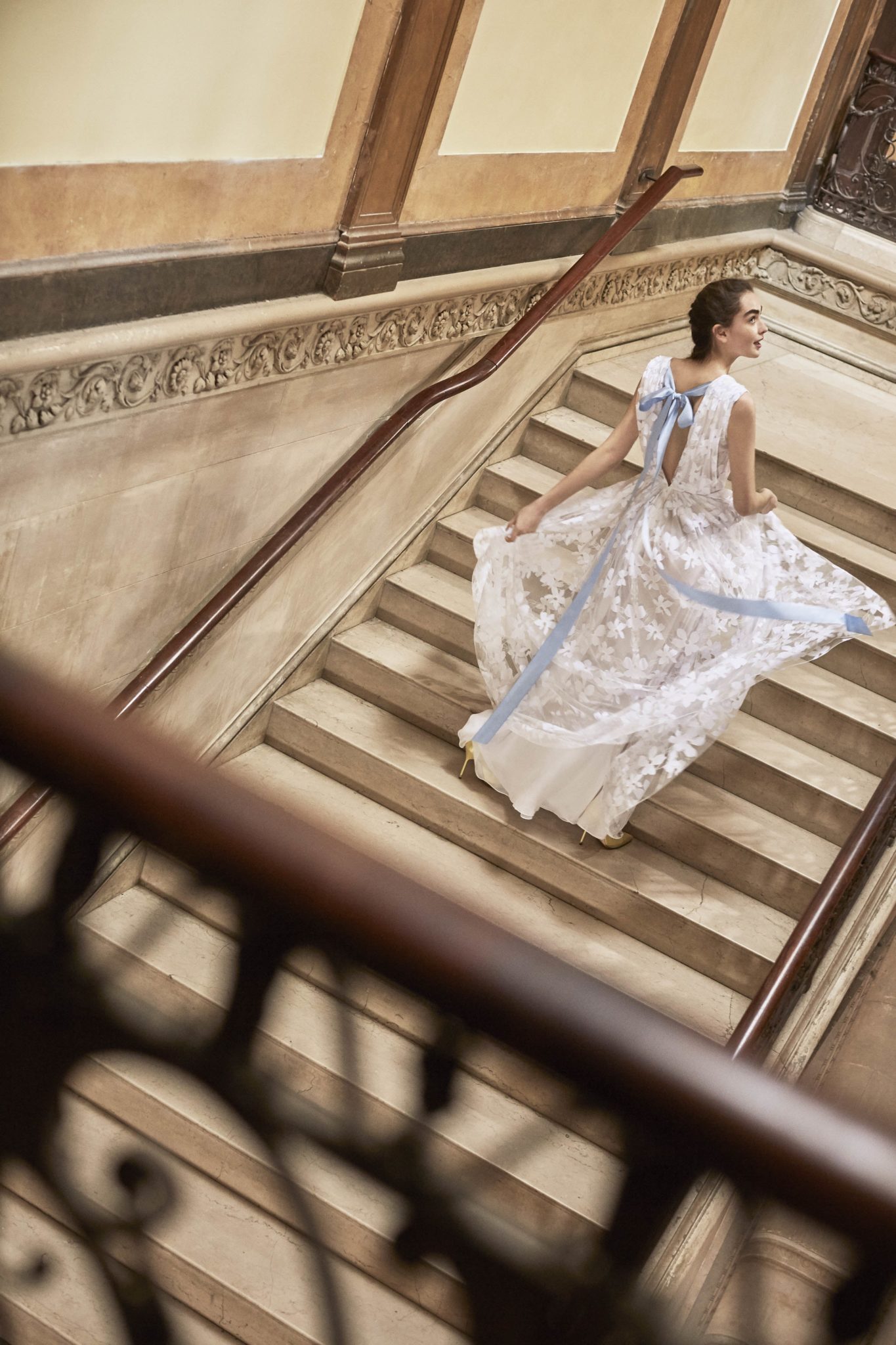 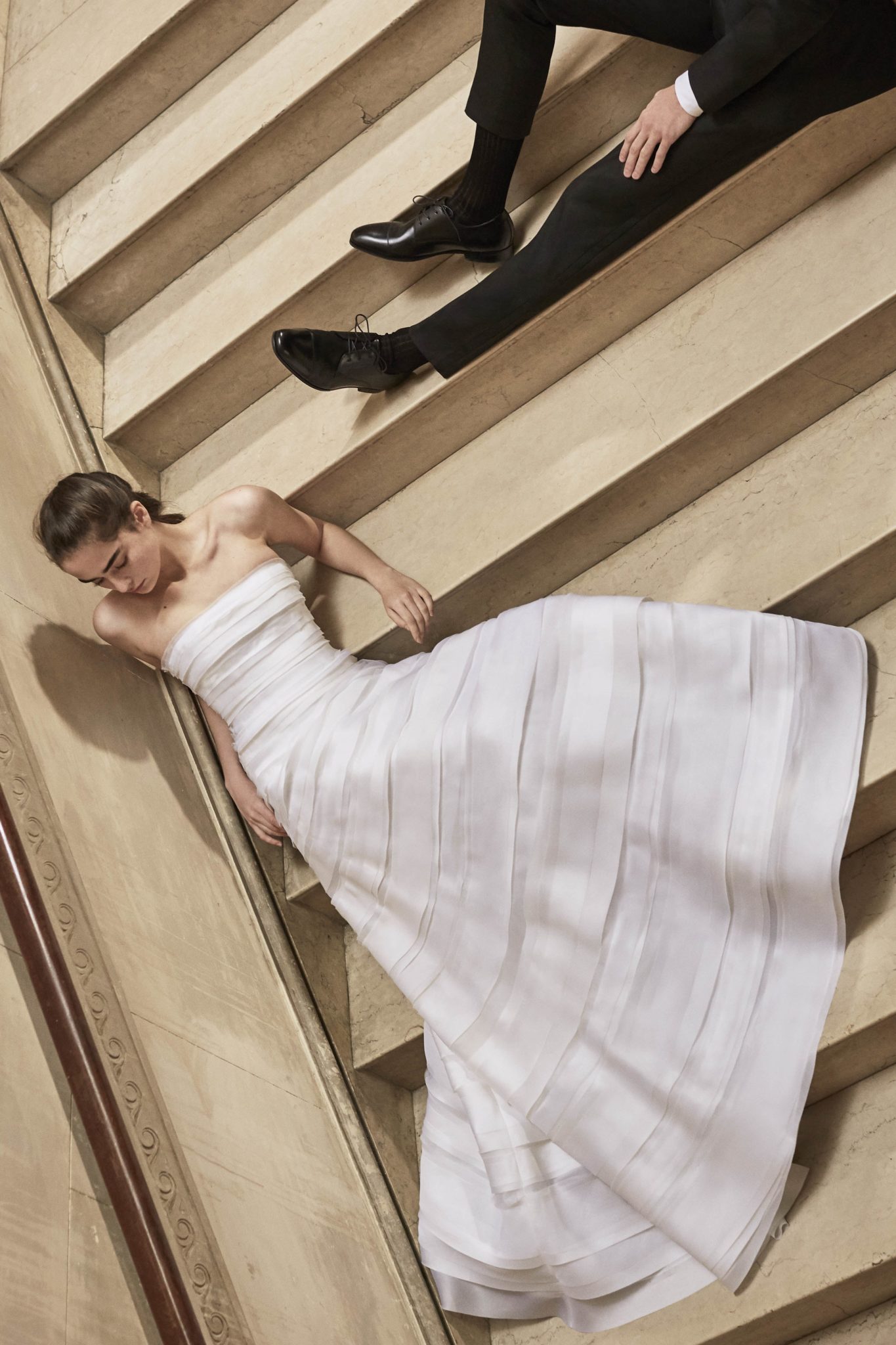 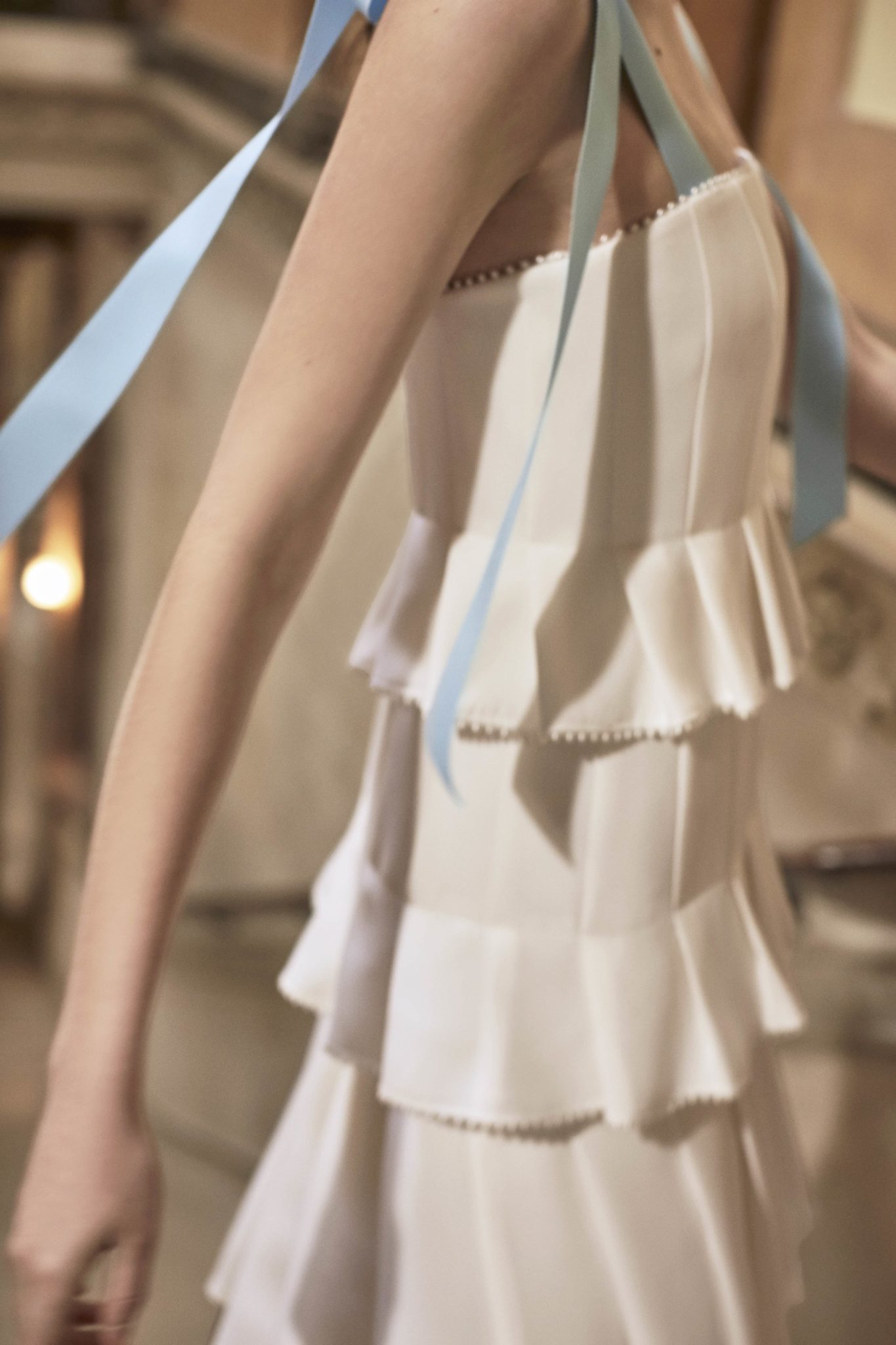 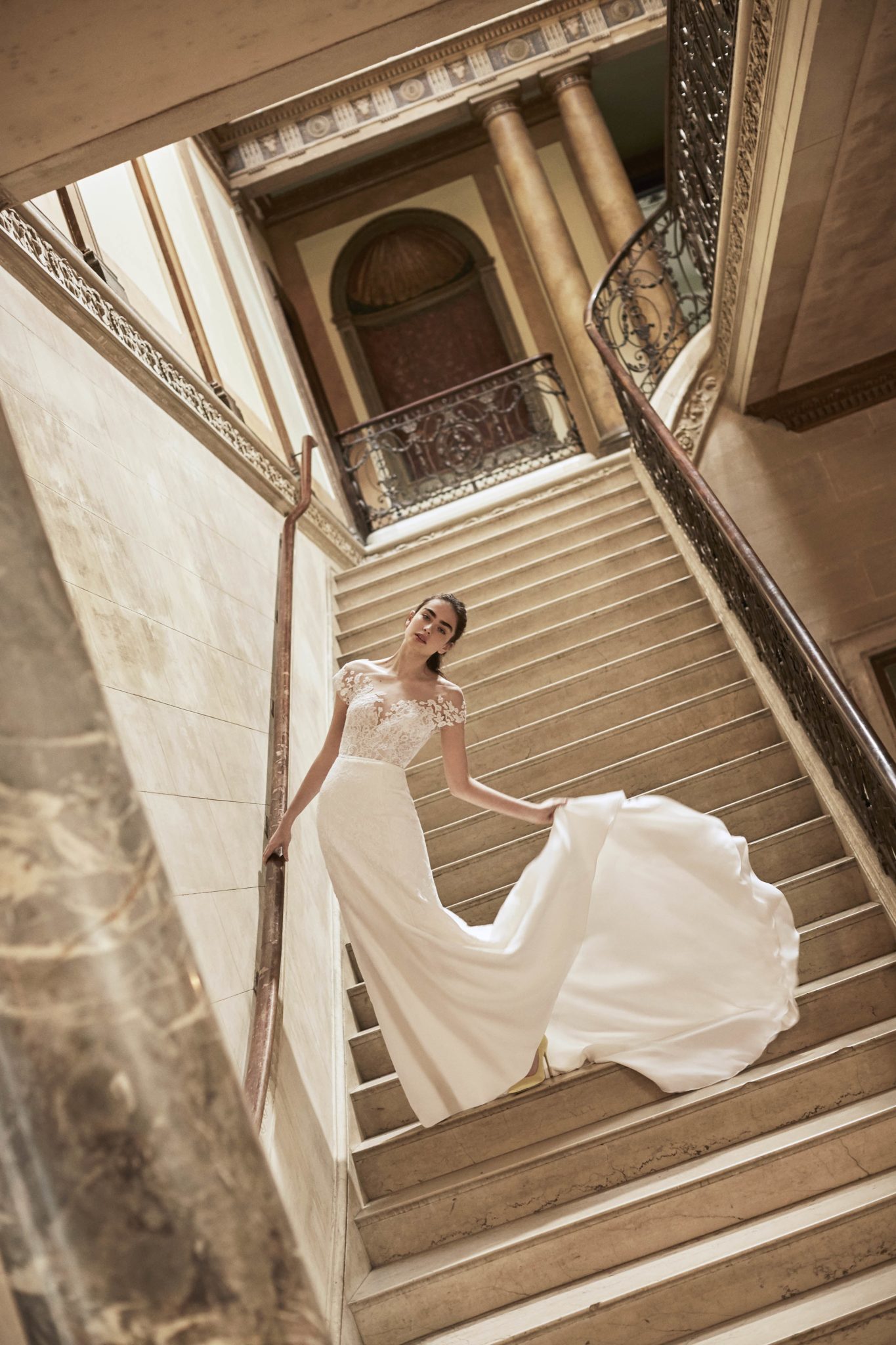 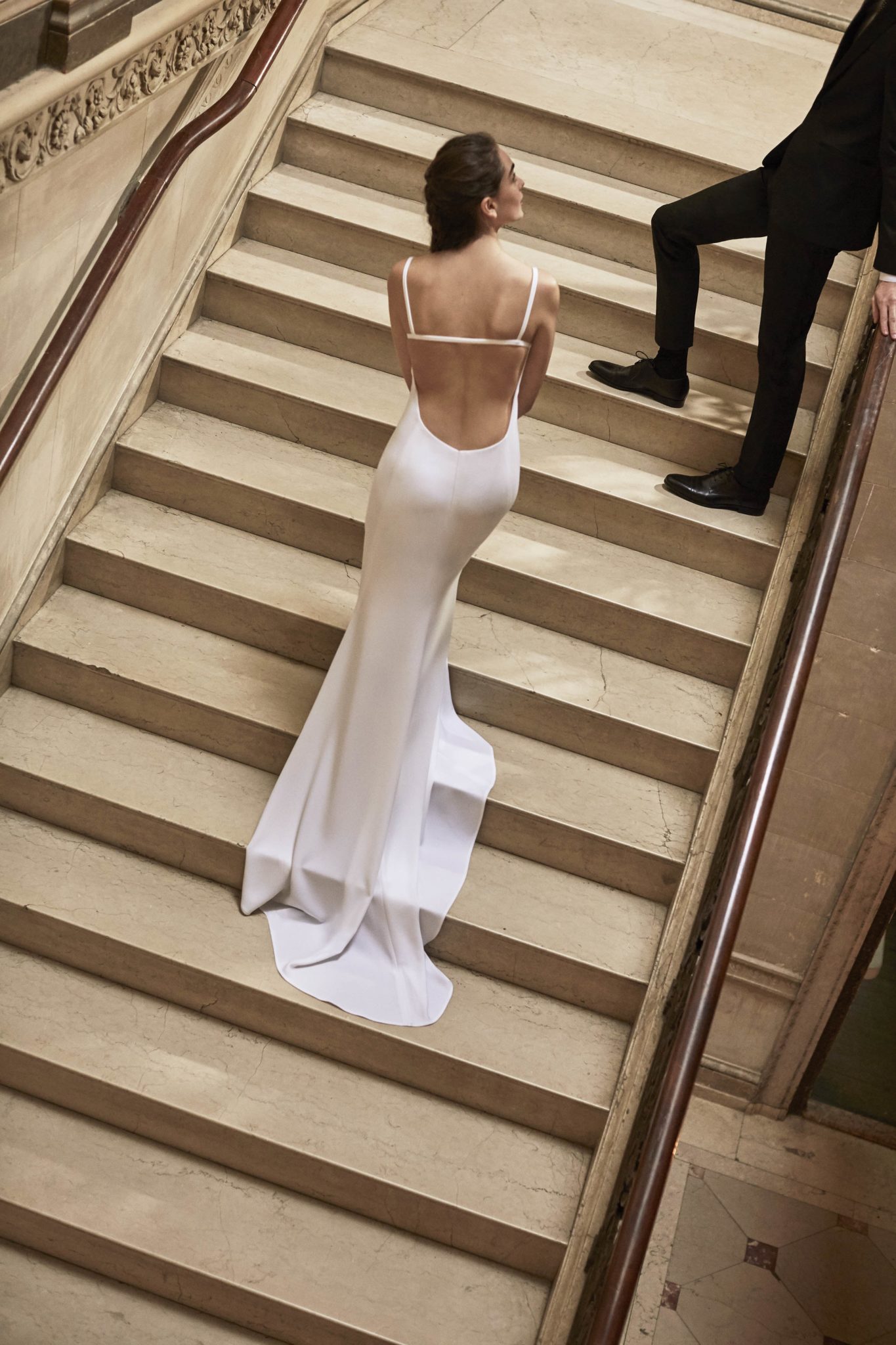 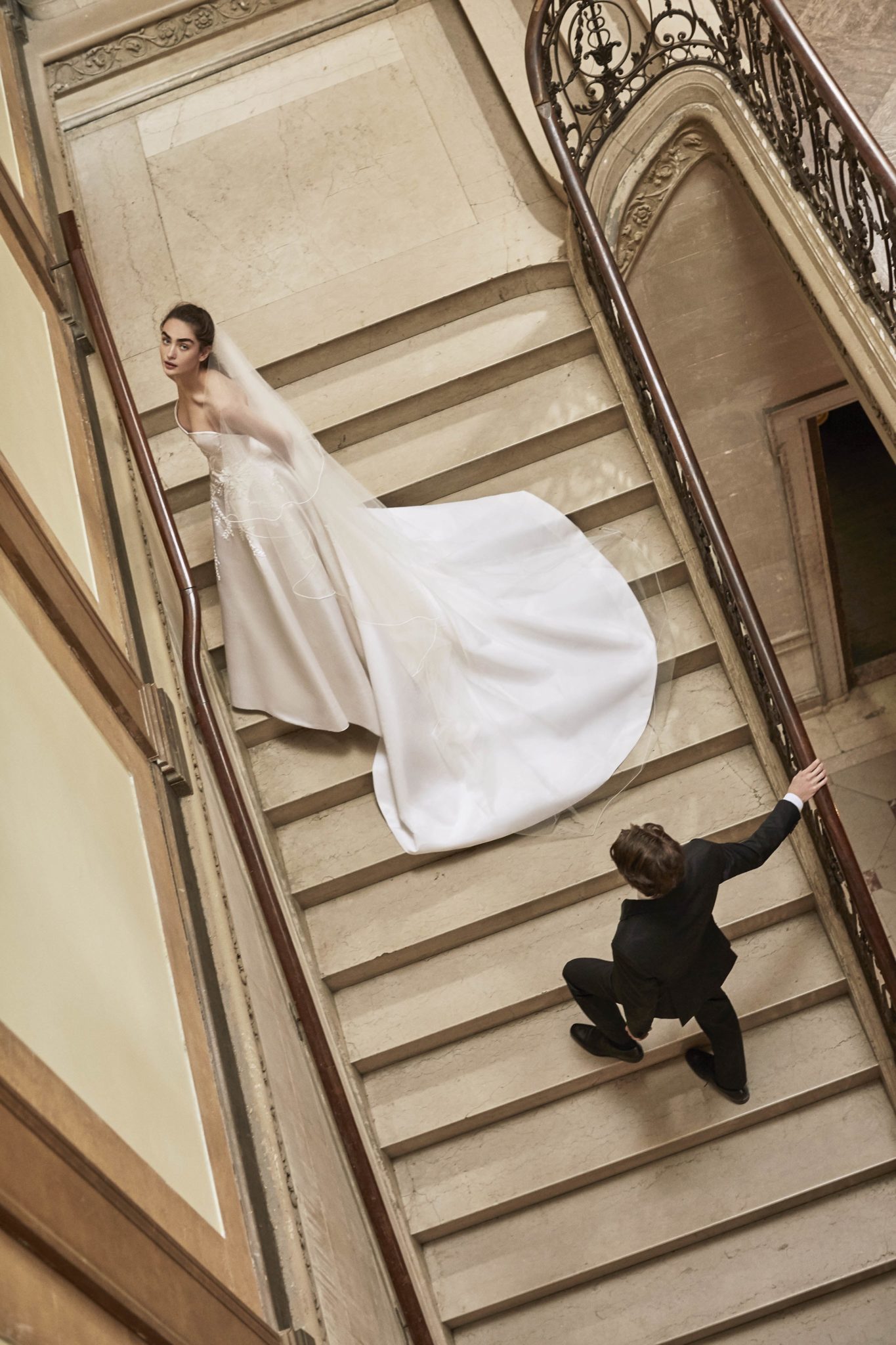 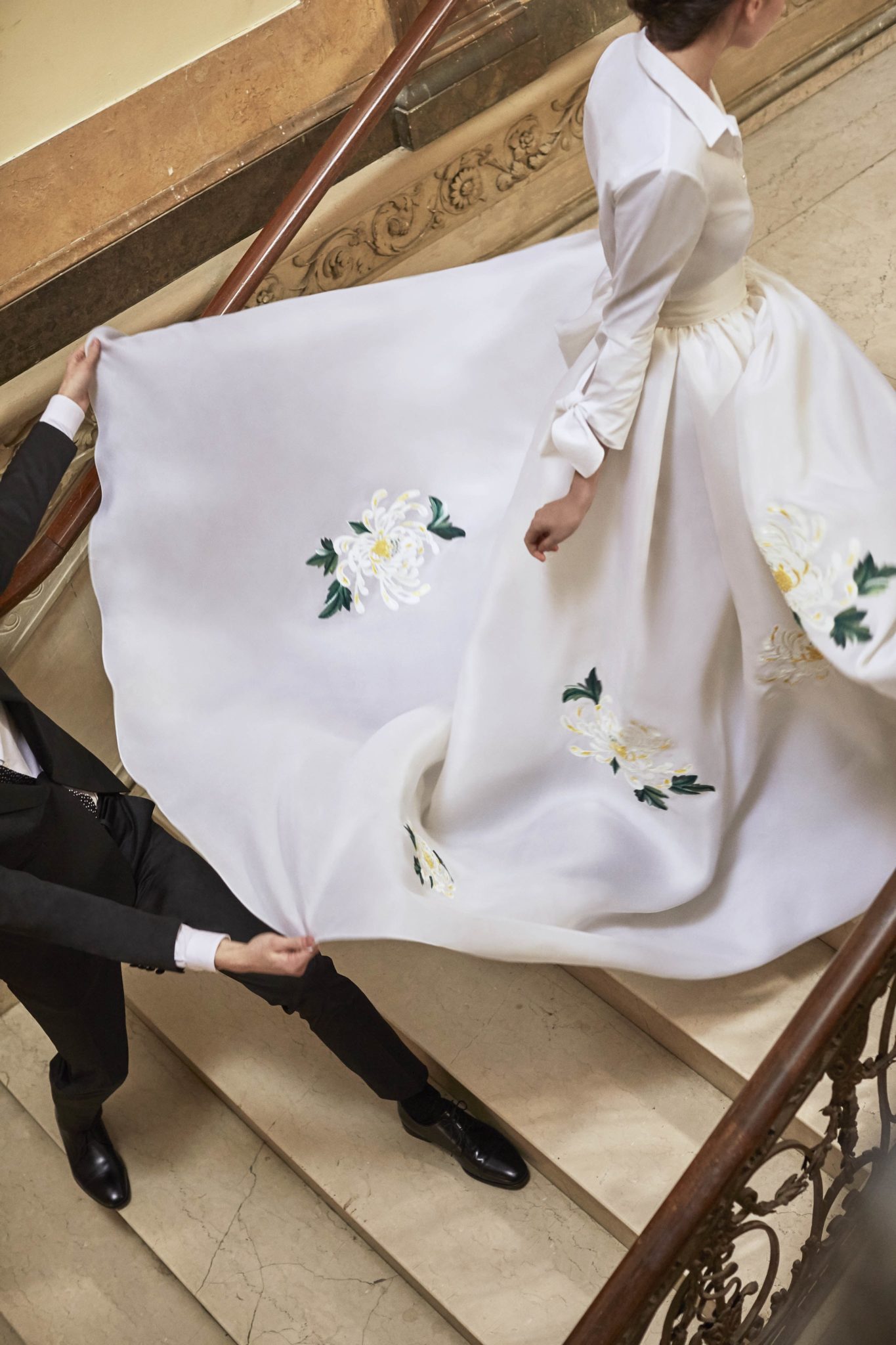 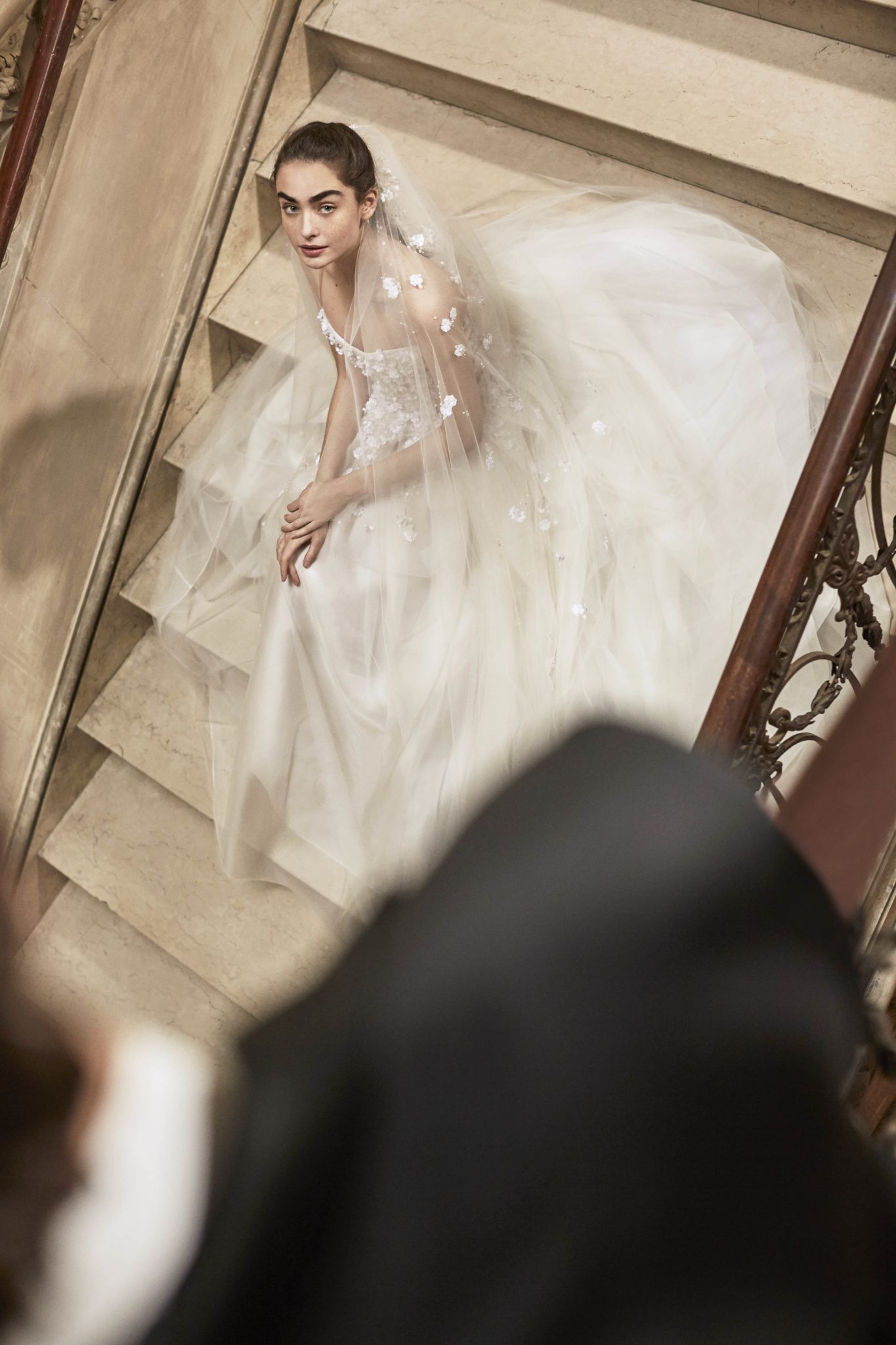 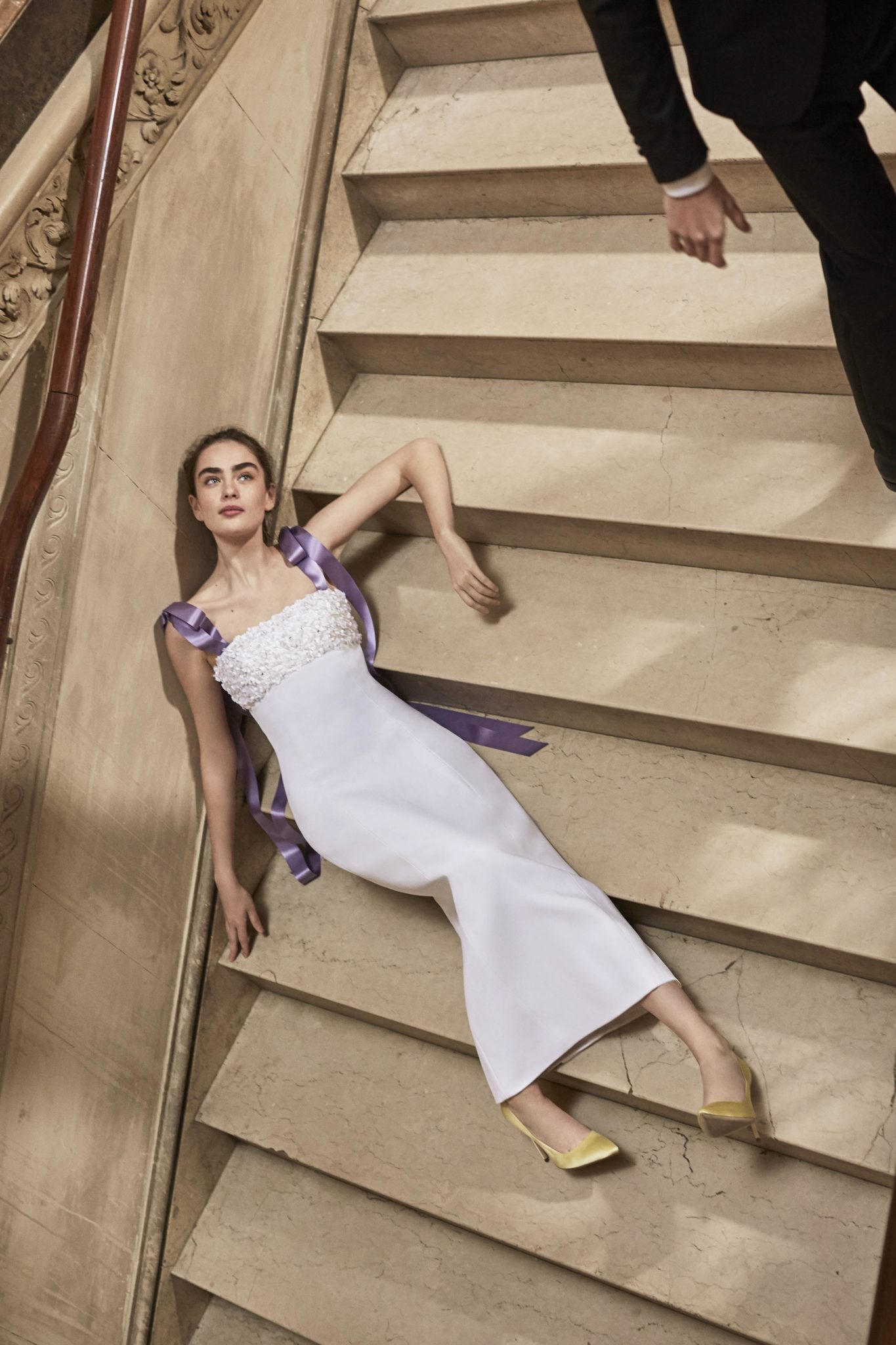 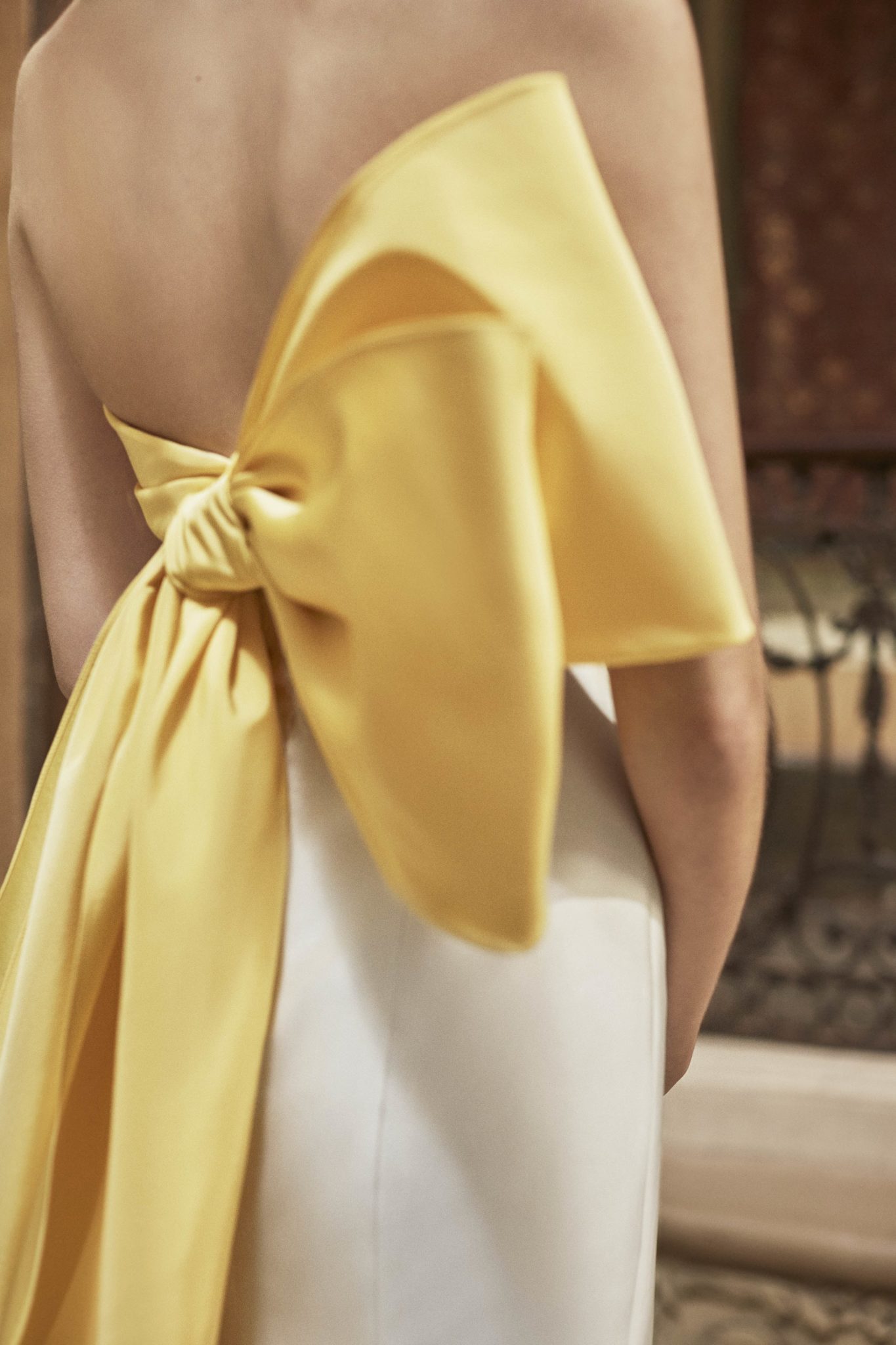 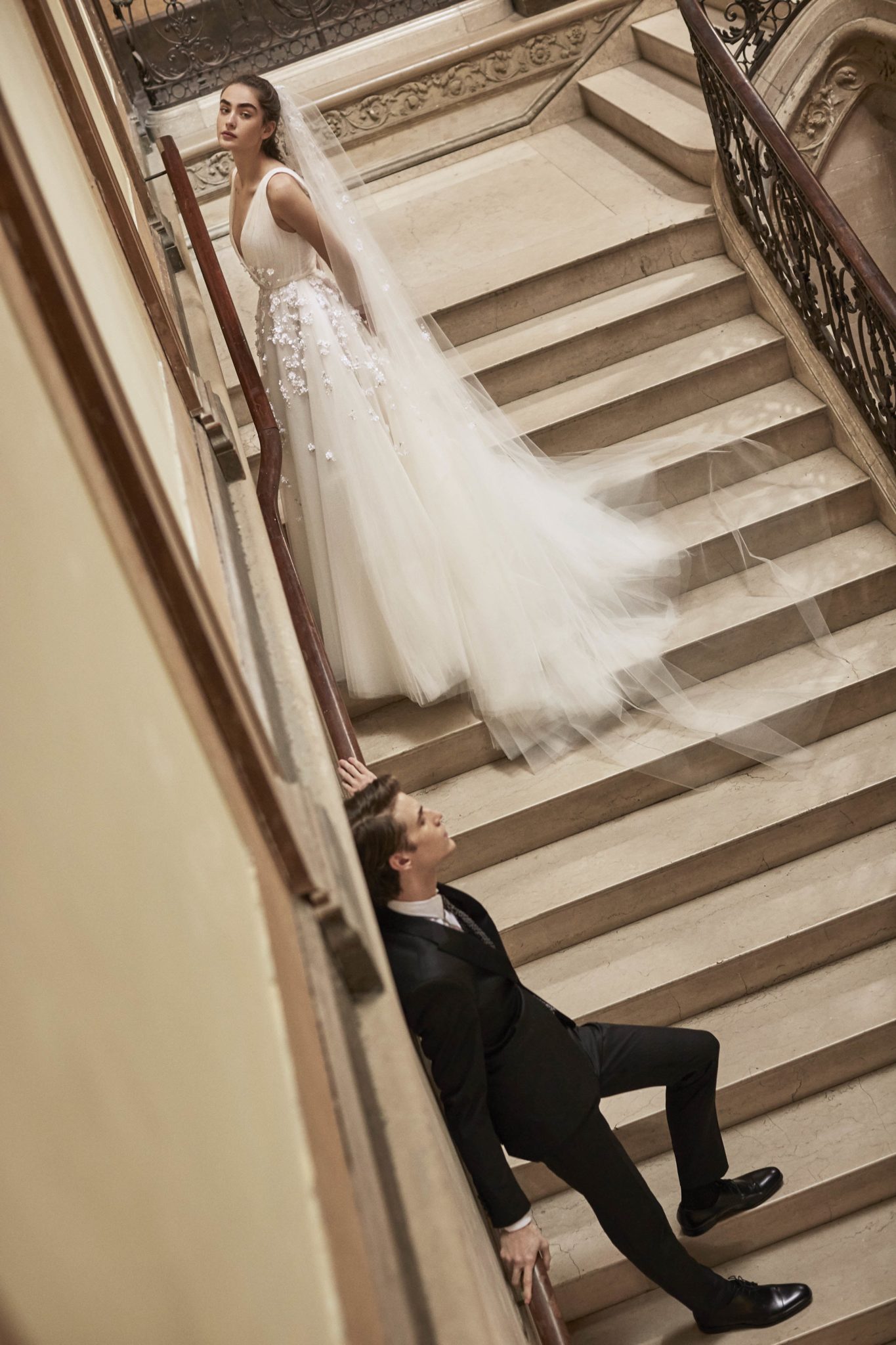 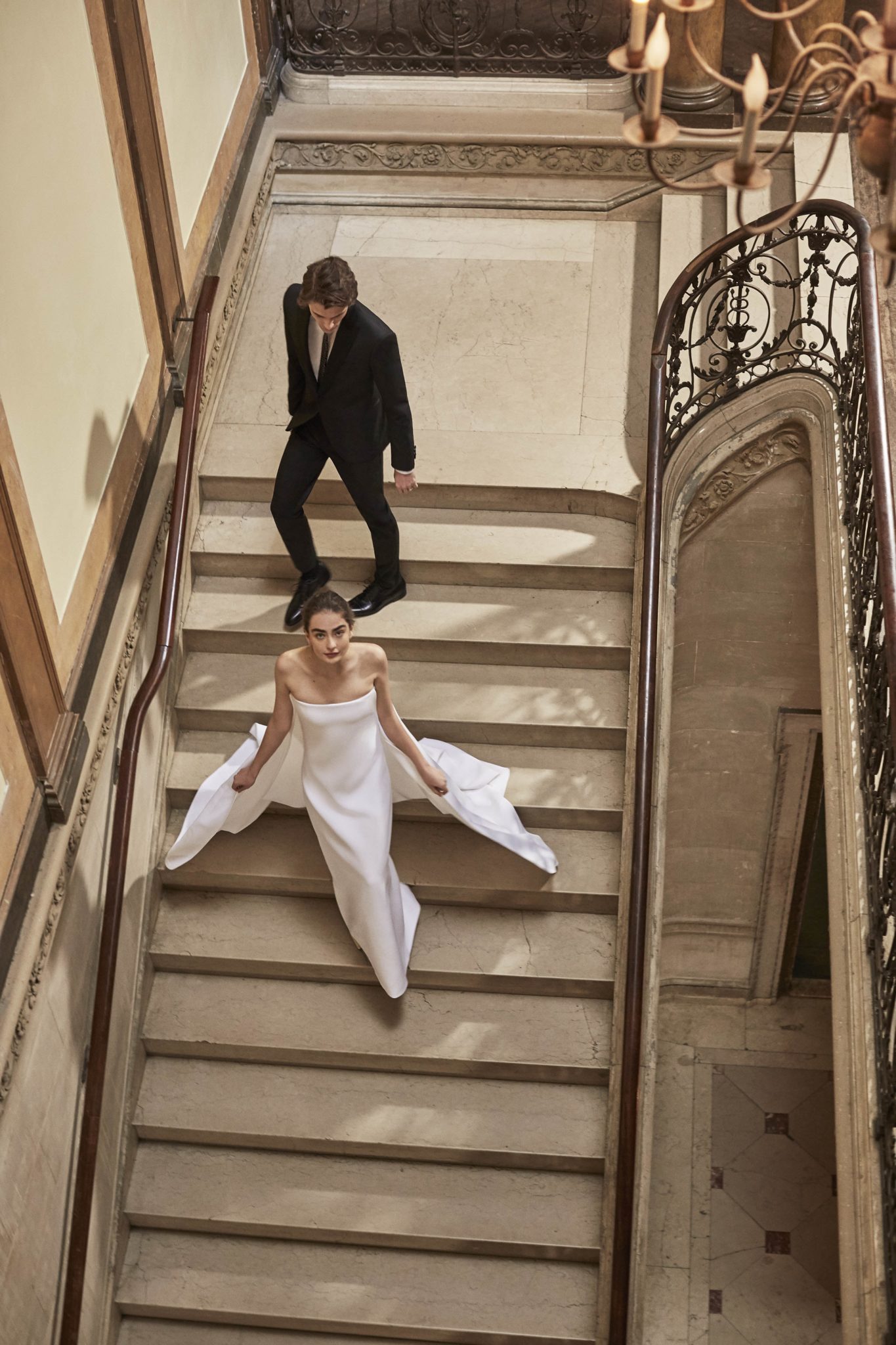 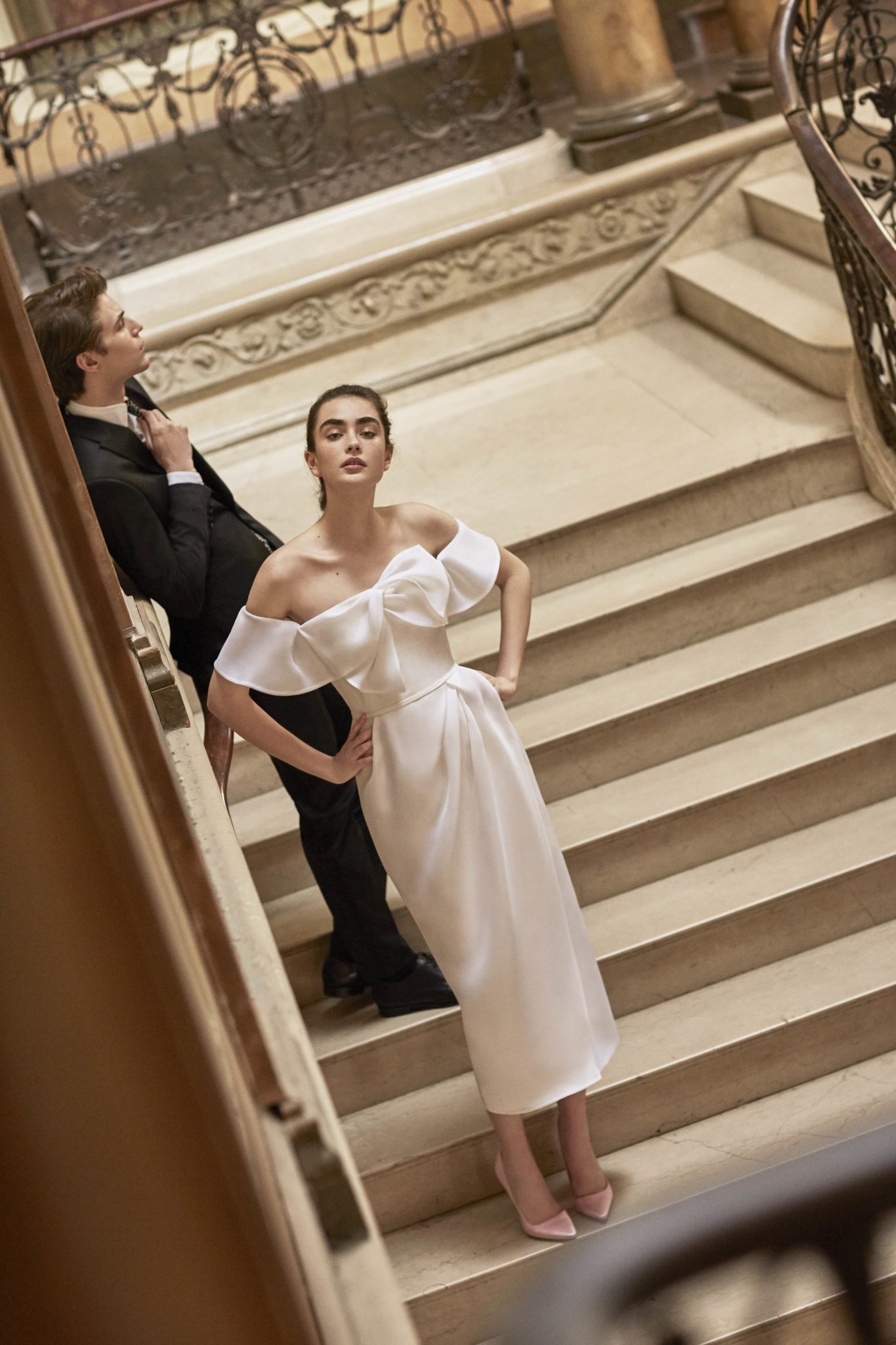 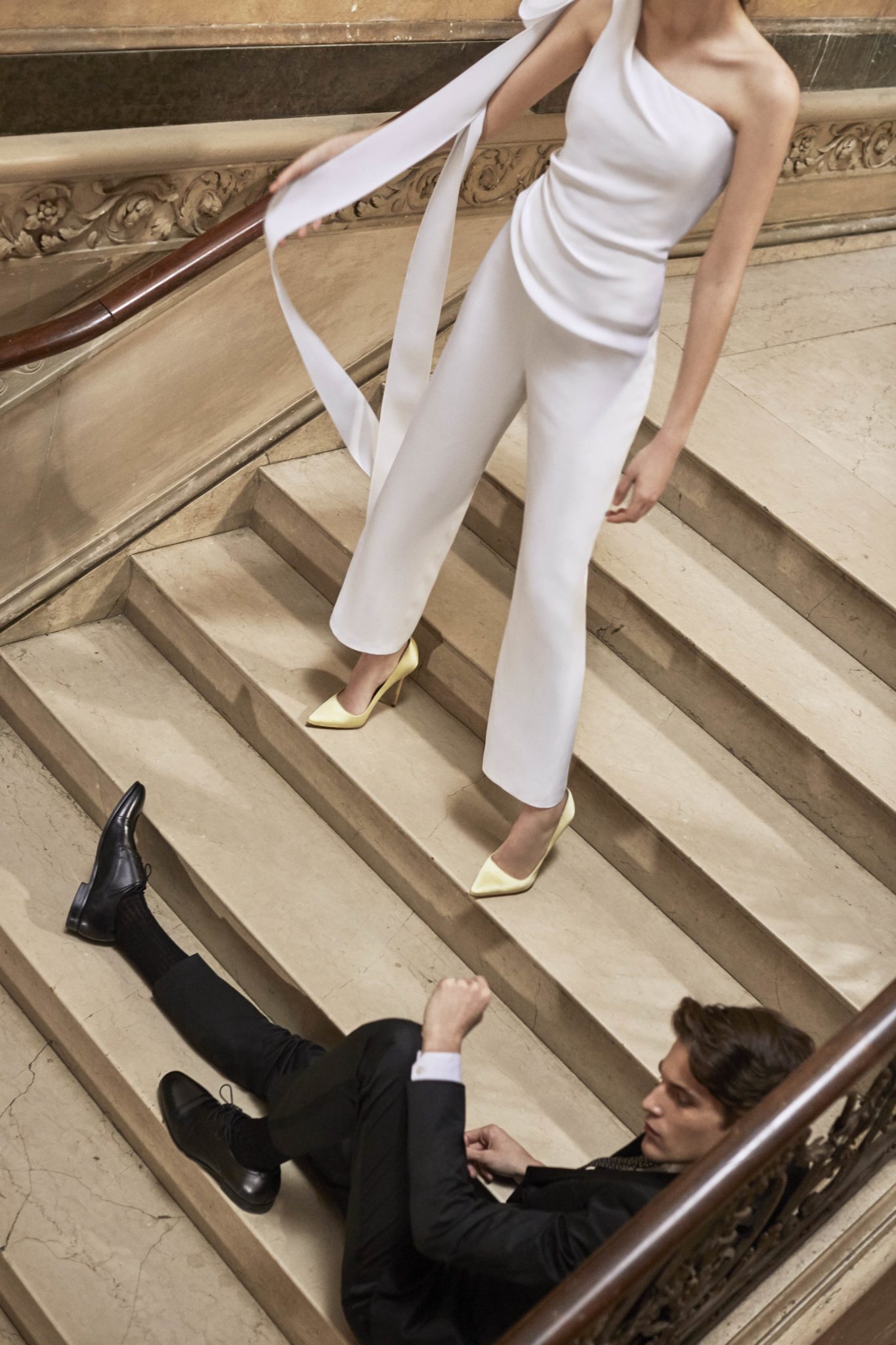