Inspired by the contrast of New York’s vibrant day and night with geometric play of shadows and lights.

On the corner between 5th Avenue and 57th Street, the new Bulgari flagship store in New York store occupies 308 square meters of the outer façade of the Crown Building, making it a true landmark of the city.

Symbolically relocated from the Eternal City to New York, the Condotti door represents the starting point of a journey into the essence of the Bulgari way of life. The interplay between old and new marks the special affinity between Peter Marino and Bulgari, and defines the bold character of this store: it is a sapient blend of ancient and contemporary, a play of ambiguities between structural elements and decoration, a true journey back into the brand’s 130-year-long history.

Like during a walk through the sun-kissed city of Rome, a bright central promenade welcomes the visitor. With the star-patterned white Lasa marble mosaic on the floor, two oval shaped counters in light galvanized iron – inspired by the renowned Italian architect Carlo Scarpa – and two chandeliers by Italian architect Gio Ponti, this environment is dominated by light.

The store is designed like an Italian theater: the mezzanine floor evokes the structure of a balcony, where visitors contemplate the colorful, geometric architectural elements, and the stars of the show, the magnificent jewels.

The New York store stands out with its open spaces. Through the use of specific materials, each corner echoes a particular atmosphere, creating a multifaceted journey into Bulgari’s rich history. With the brightness of Roman sunlight, Imperial Saffron fabrics adorn the Condotti showcases, brightening the heart of the store.

The Accessories area is a tribute to the 1970’s and to the Italian designers of this vibrant decade, such as Carlo Scarpa and Angelo Mangiarotti. This area is characterized by walnut flooring realized with remarkable Italian craftsmanship skills: the wood is dried with sunlight at different points in time and then assembled on site to create a distinctive dégradé effect.

The iconic design of the Pantheon Mesh surrounds the architectural staircase, connecting Rome, London and New York. The hexagonal steps are crafted in a marble whose rich brown veins appear to run down the stairs like a waterfall. The magnificent staircase leads to the most glamorous and exclusive area of the store: the VIP lounge. 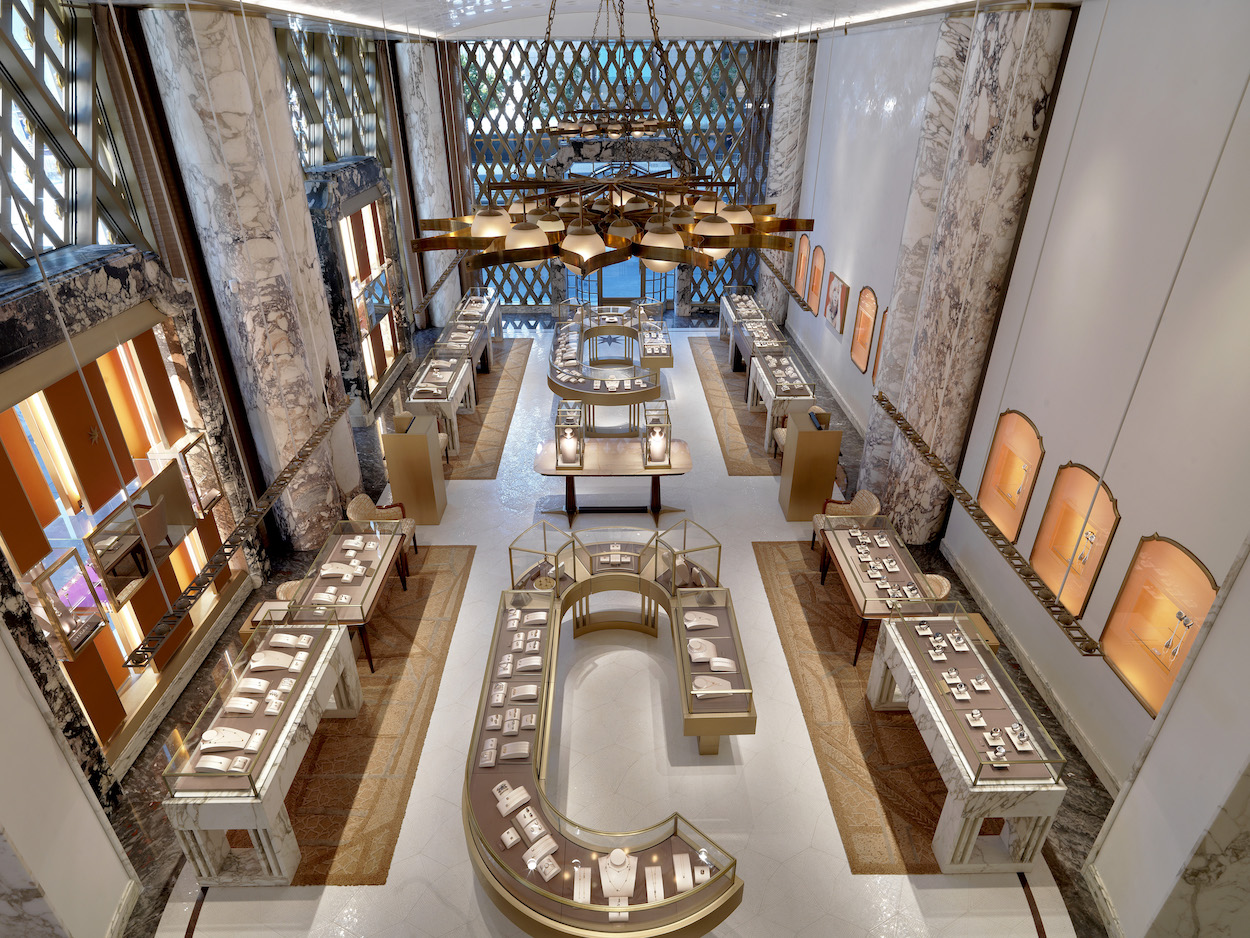 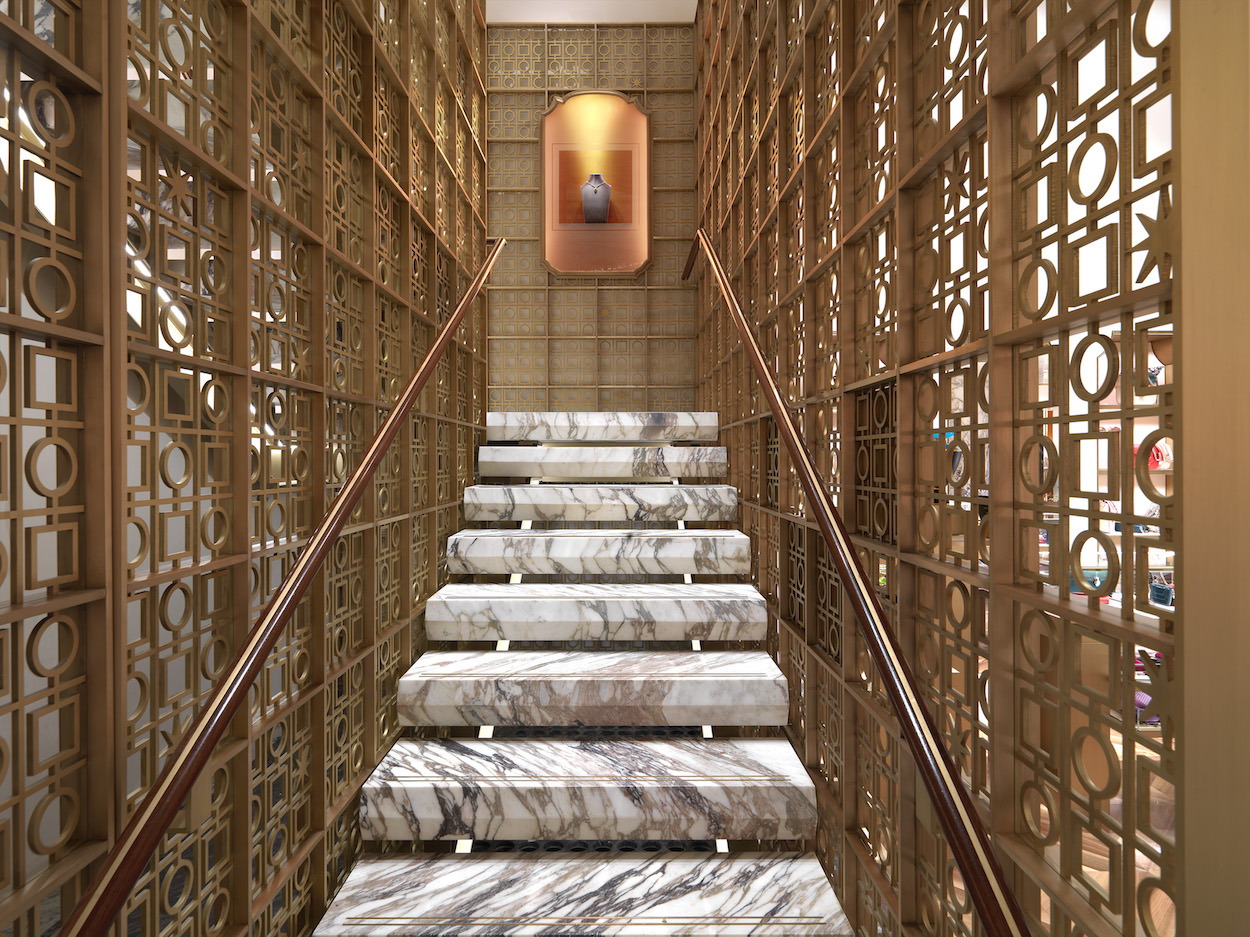 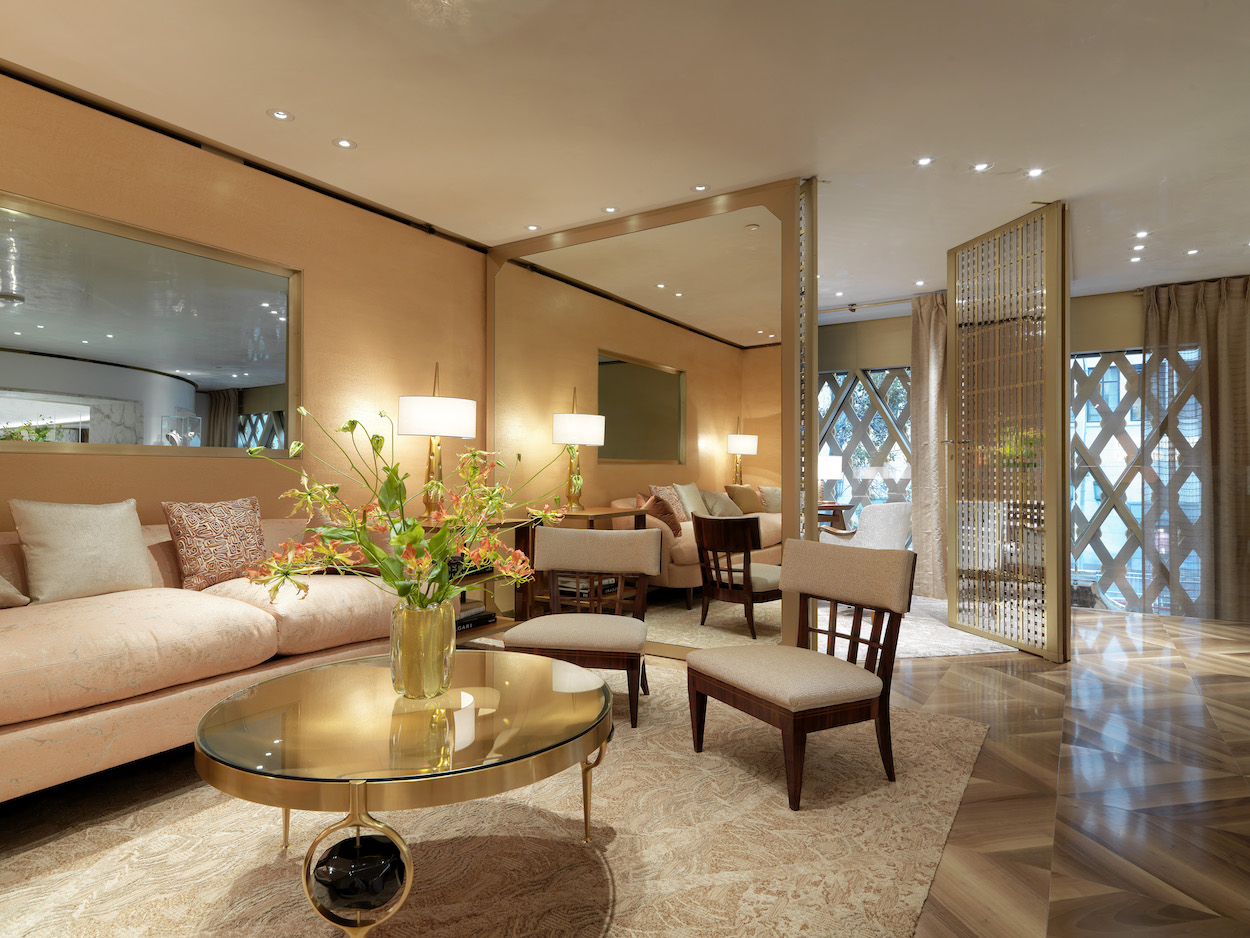 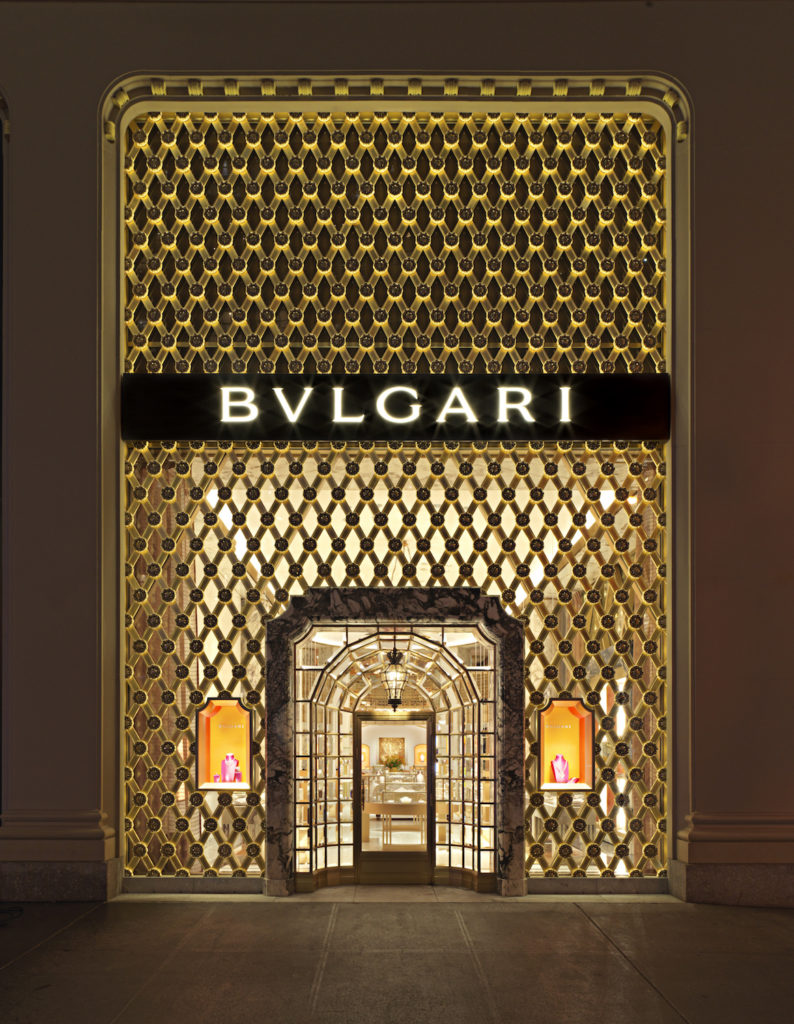 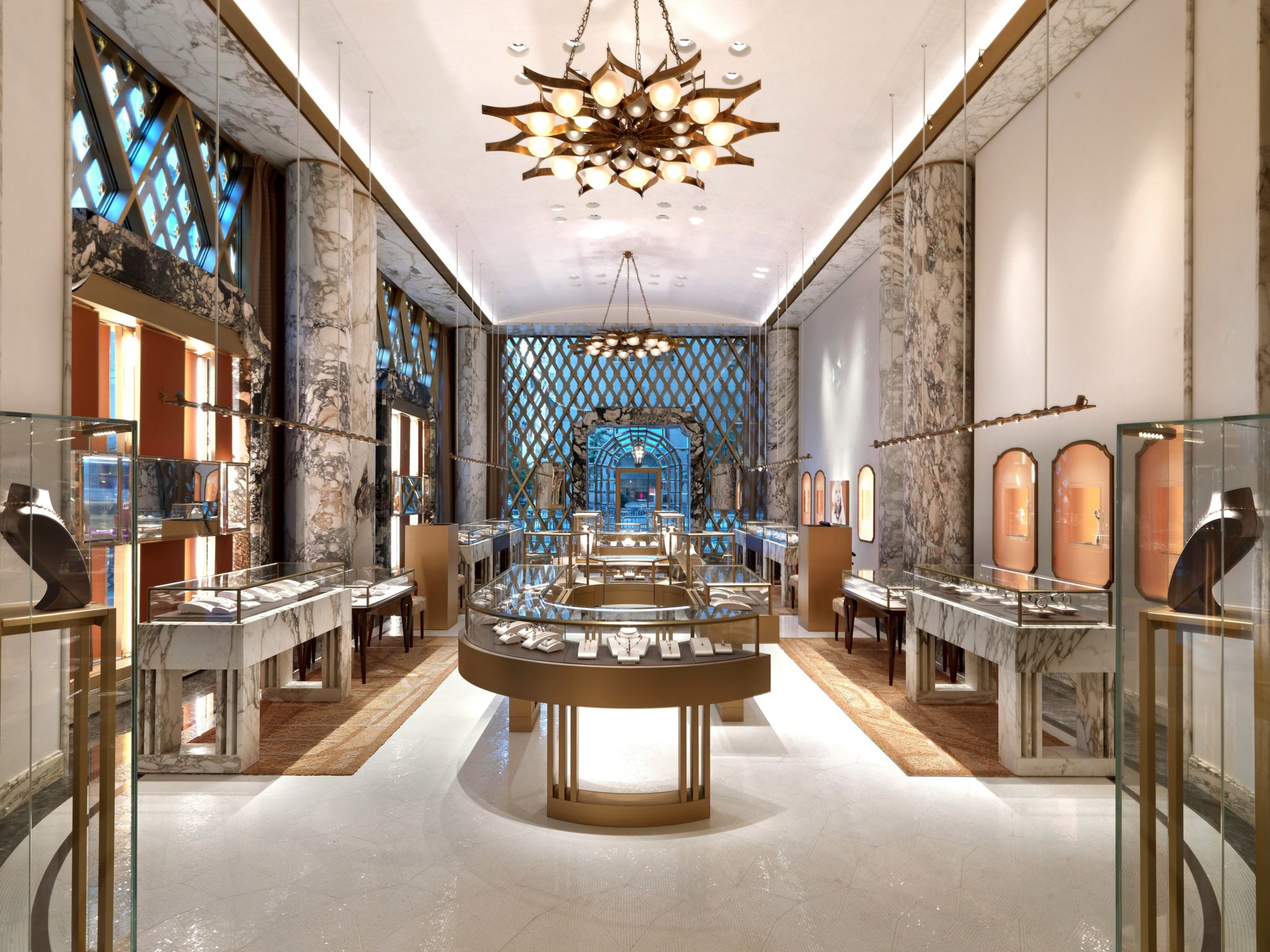 GUERLAIN SPA AT THE FOUR SEASONS HOTEL IN MONTREAL