Acne Studios has recently opened their global flagship store on the Upper East Side of Madison ...

Acne Studios has recently opened their global flagship store on the Upper East Side of Madison Avenue, in New York City. The New York store is Acne Studios’ largest opening yet, with unique gold features and details that are exclusive to the location. The 230 square-meter space is situated on the corner of East 74th Street, one block from the iconic Met Breuer building. The store is open now, and marks another step in Acne Studios US expansion.

Madison Avenue will be the only Acne Studios store to feature gold as its signature tone, with metal interior walls and fittings in aluminum that have been electrostatically gilded. The black asphalt floor and structural pillars are dotted with semi-precious coloured stones. Entirely wrapped in glass to allow interior visibility, the store is a gallerylike space that feels inserted into its location.

“For me, it was important to elevate the store design into something spectacular since the location demands it in a way. And, therefore, I went for gold. Classic, but still in the universe of Acne Studios, it’s like a local store on a global stage,” said Jonny Johansson, Creative Director.

Acne Studios’ long-term collaborator, furniture and interiors designer Max Lamb, has created new bronze furniture around his polycarbonate concept for the store, including a desk, benches and stools. Lamb also collaborated with Acne Studios to create custom rugs that sit like islands throughout the store. Yarns of different weights were hand-dyed in Lamb’s studio in London, before being tufted at Kasthall in Sweden. There, the tufter used each cone of yarn until it was finished, allowing chance to dictate the pattern.

The ceiling, a full lighting surface, creates a homogeneous light through the store. A golden aluminum partition divides the space between the public front and the private back area, which will house women’s and men’s ready to wear, denim, bags and accessories. 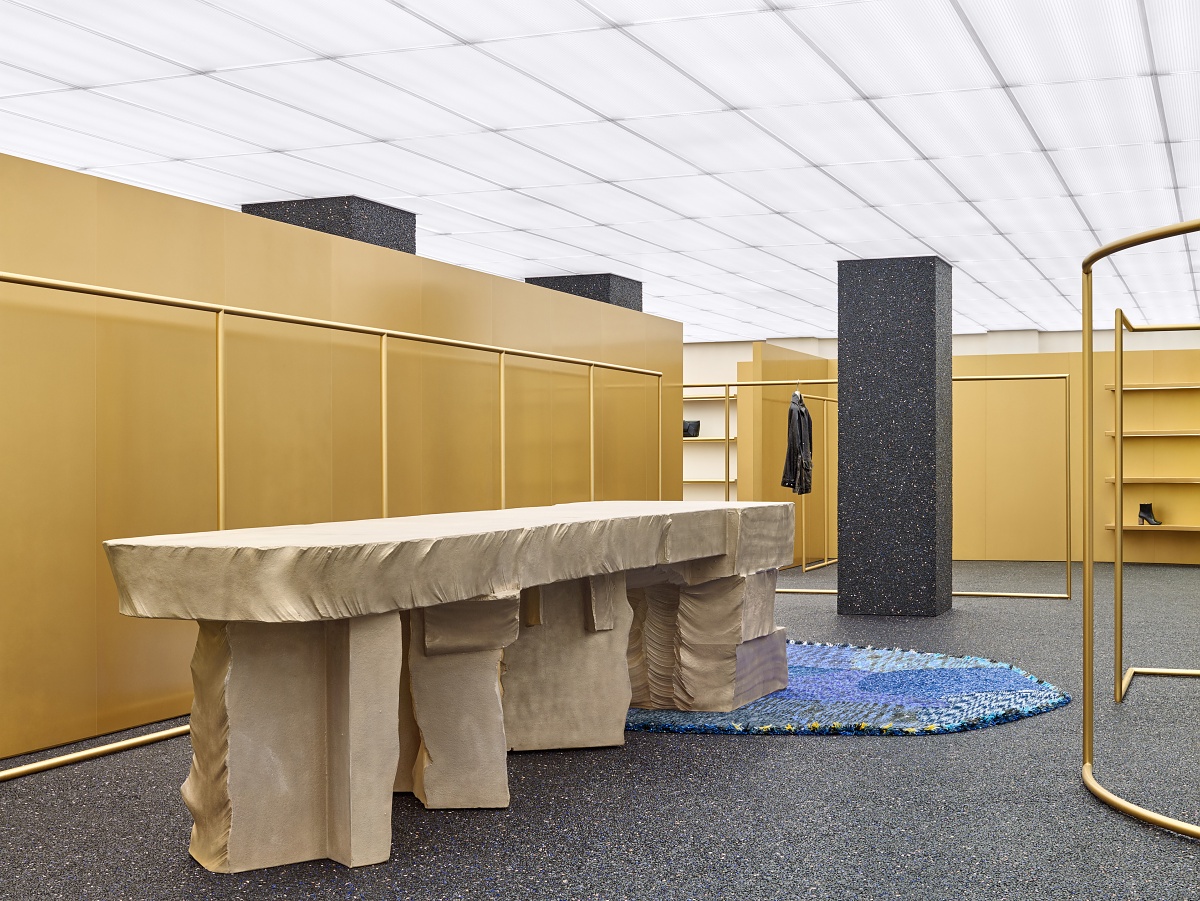 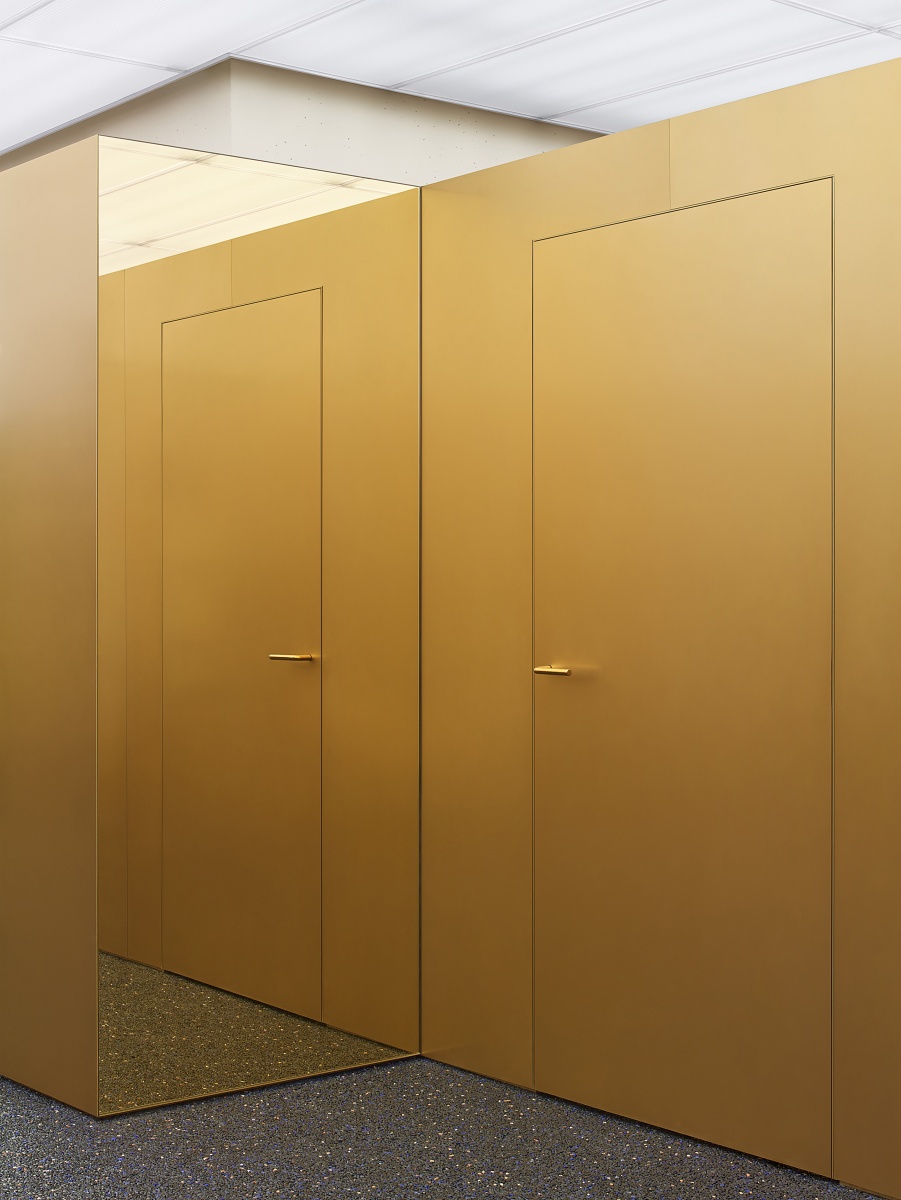 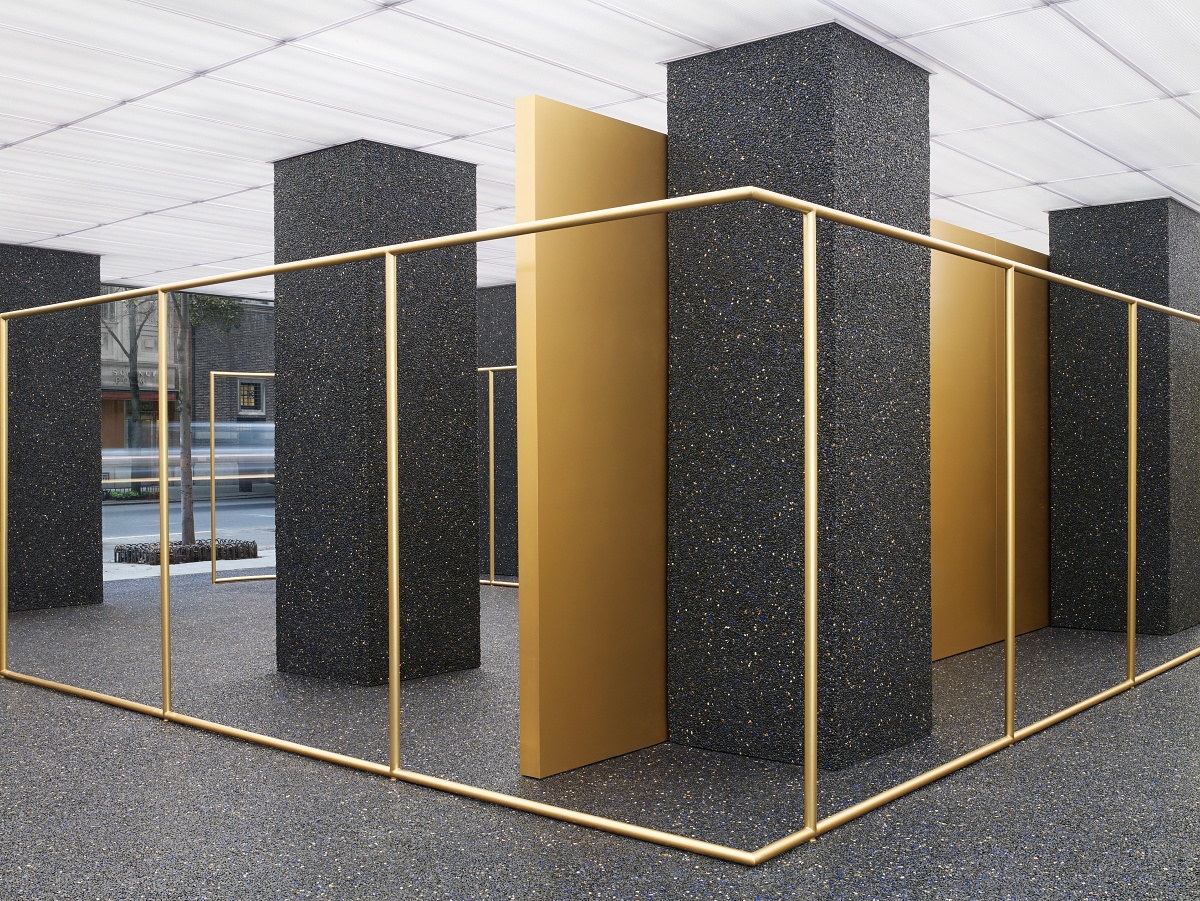 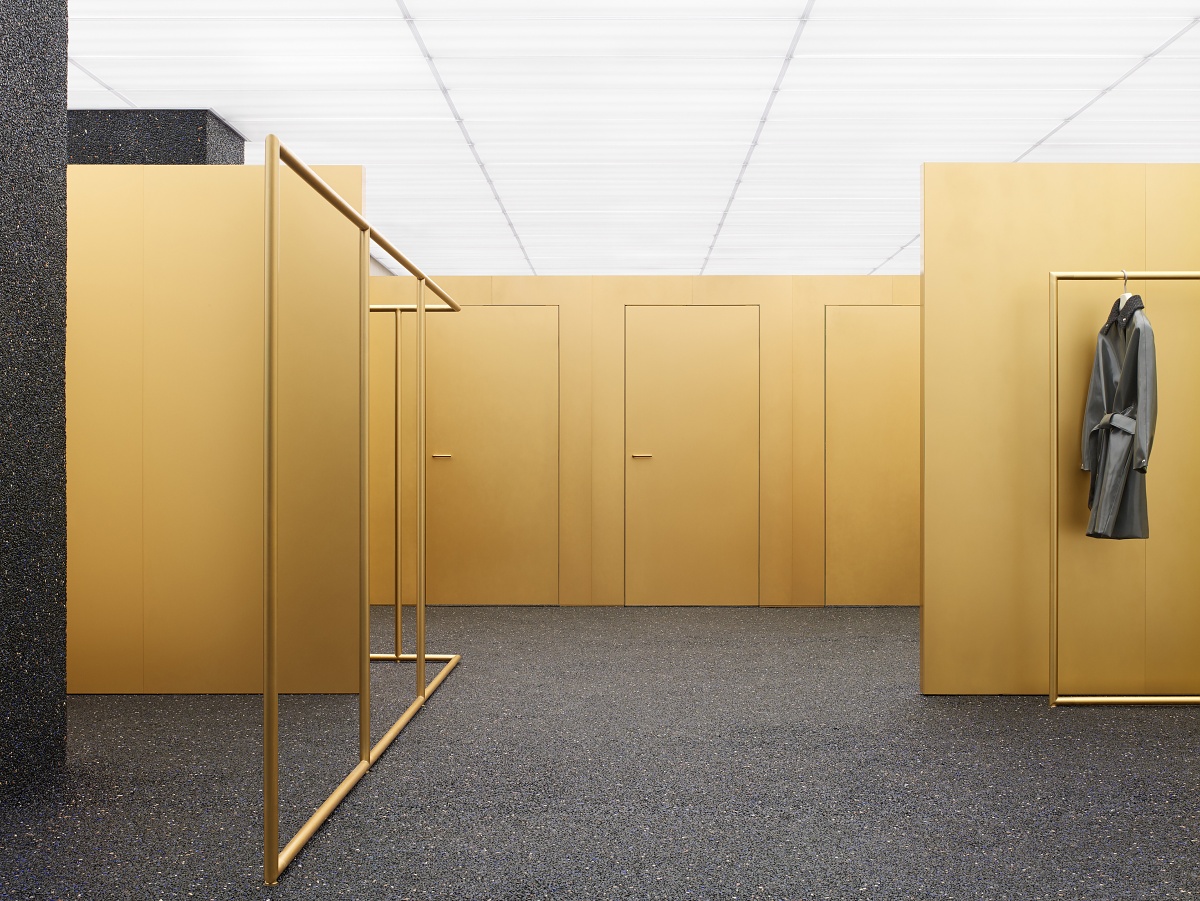 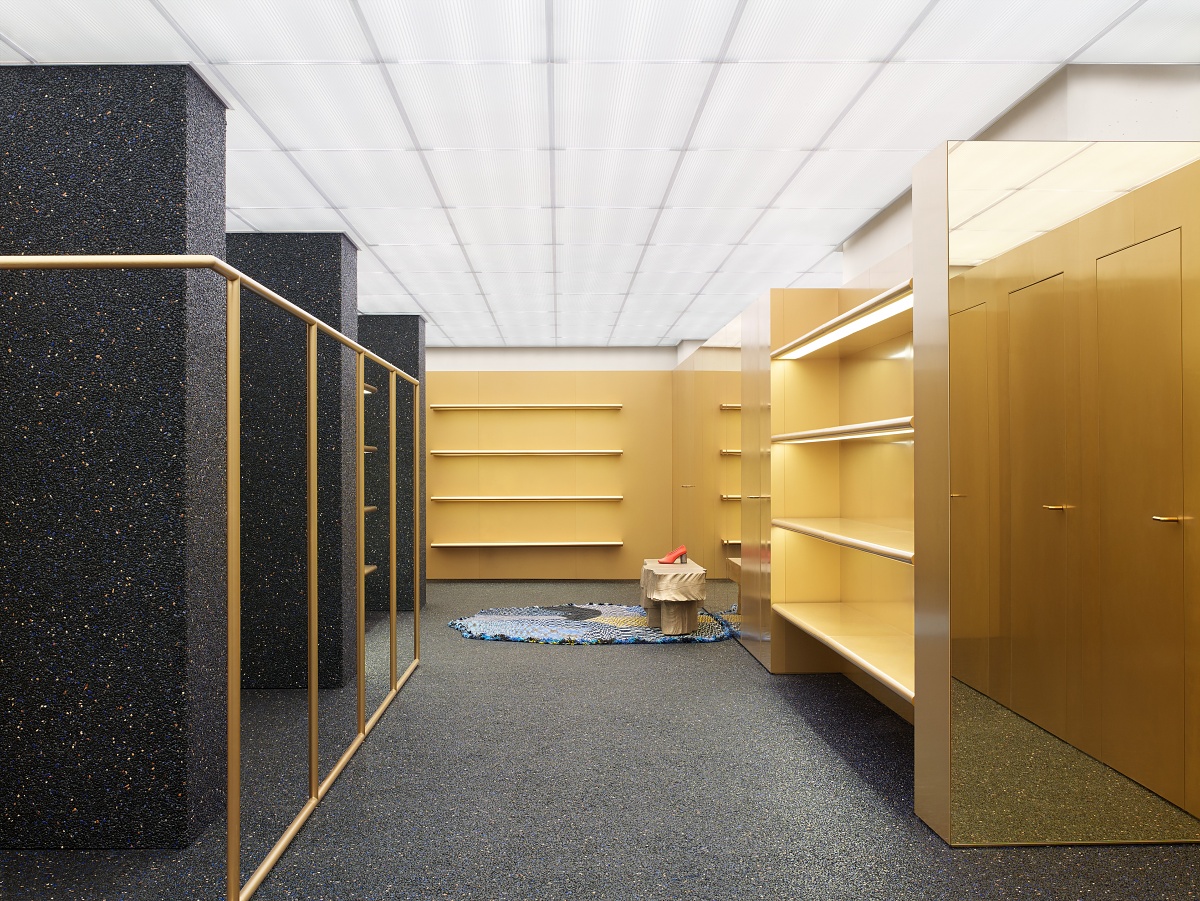