Moncler is opening its first American flagship store in the heart of New York City, in ...

Moncler is opening its first American flagship store in the heart of New York City, in prestigious Madison Avenue, with a second location in Prince Street, Soho. The brand wants to pay homage to the Big Apple in its own famously creative experimental style. Like all other Moncler locations, the over 600 sqm boutique in Madison Avenue was designed by the French architects Gilles & Boissier.

Moncler’s tribute to NYC will be expressed through the brand’s iconic duvet jacket, which will become an art installation designed by Thom Browne and decorate the background of the boutique. The installation “USA Flag”, 2016 by Thom Browne, consists of 28 special edition jackets designed by the stylist with top quality materials and fine details, having the American flag as their common theme. The entire Moncler Special Collection designed by Thom Browne, features jackets, cashmere sweaters and other special items bearing the charm and strength symbolized by the American flag. All items will be available only at the Madison Avenue boutique alongside the exceptional art-concept.

The message of Moncler’s love, admiration and respect for New York continues in an intense short Musical Film by the celebrated New York Director Spike Lee. “I deeply believe,” Spike Lee stated, “that New York City is The Greatest City on this God’s Earth. I am A Storyteller. And I decided to Film on a sweltering muggy August day, probably the Hottest Day of The Year.”

The Short film, a meaningful melting-pot of Powerful Images, Words and Music, is Joyful, Dynamic and Poetic, hypnotically interweaving soft and sinuous folds and fragments of the essence of New York; even managing to capture the blazing heat of life in this city that is like no other on Earth.

Two distinct and unmistakable artistic visions, Spike Lee’s and Thom Browne’s, offer two unique and diverse ways of approaching the same theme. The underlying relationships and affinities come together in the film in the final scene where the director appears wearing the duvet jacket created especially for the film by the designer.

This tribute to NYC is a creative feat, which applies two perfectly independent visions to express timeless art through shared modern symbols and vibrant language. Once again, Moncler’s exceptional ability to express life through art is made apparent in this collaboration, a kaleidoscope of interwoven aesthetic images and cultural symbols telling a real modern-day story. Moncler’s flagship inauguration is both classically Moncler and buzzing with innovative creativity. 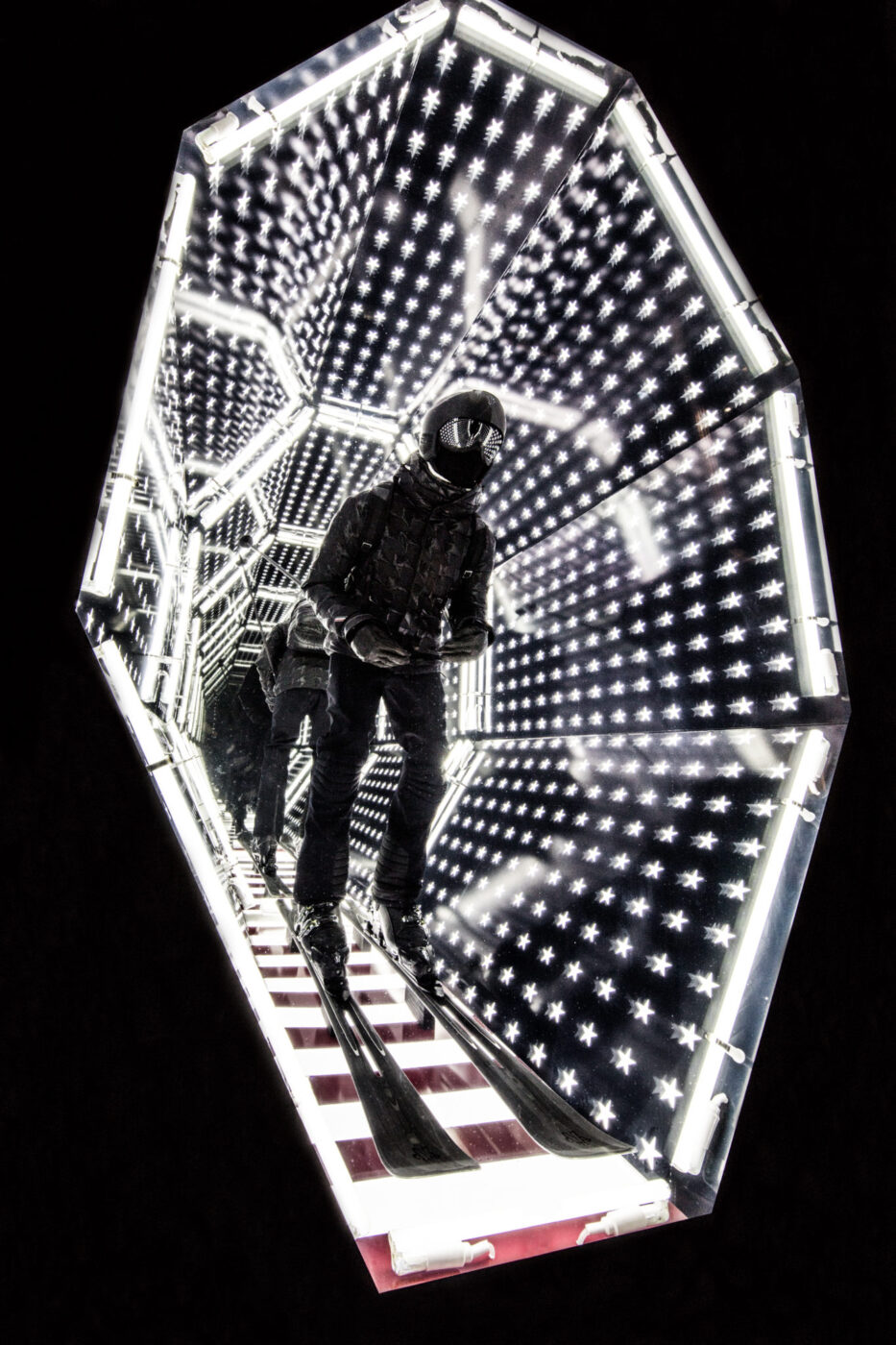 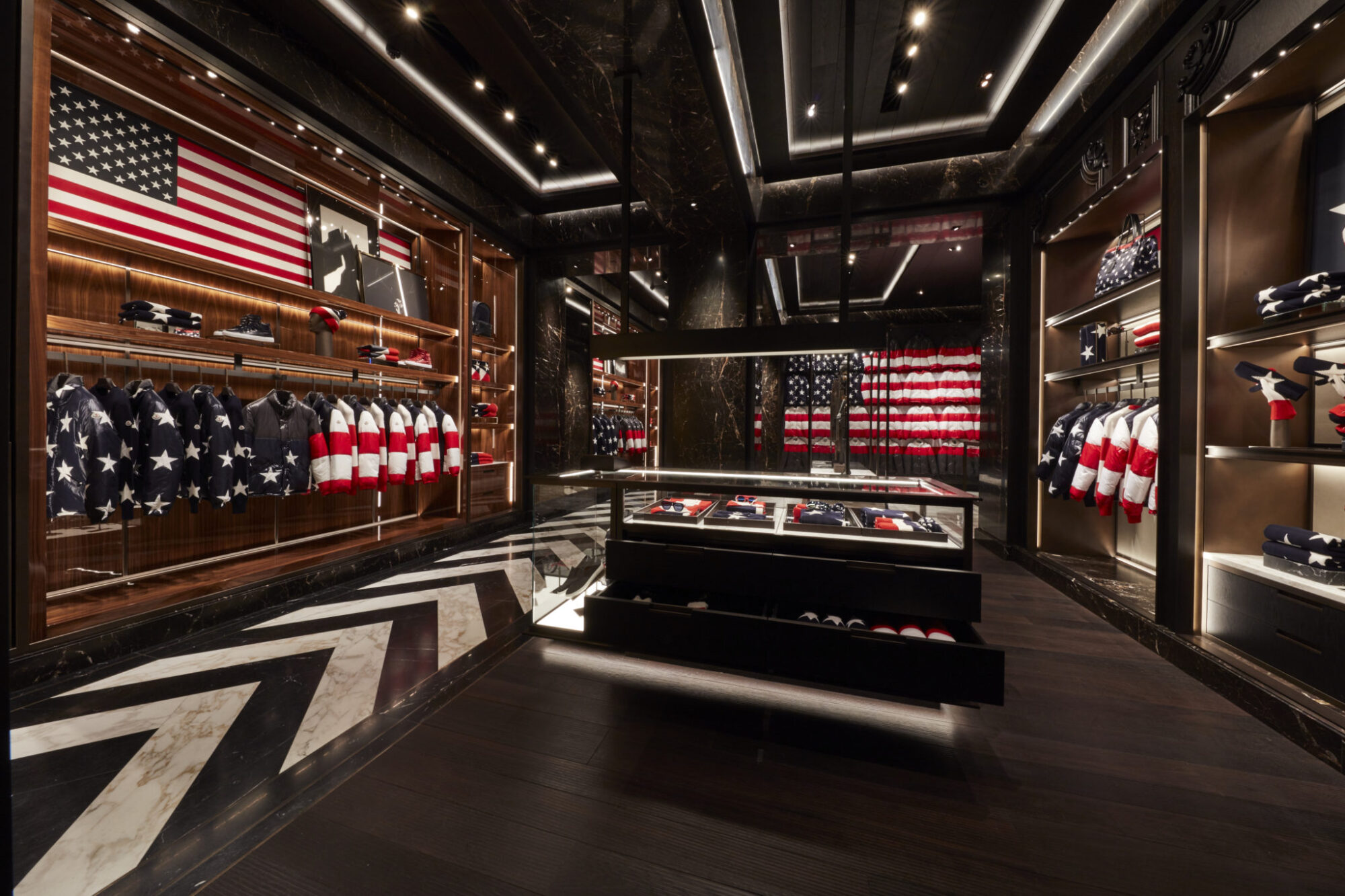 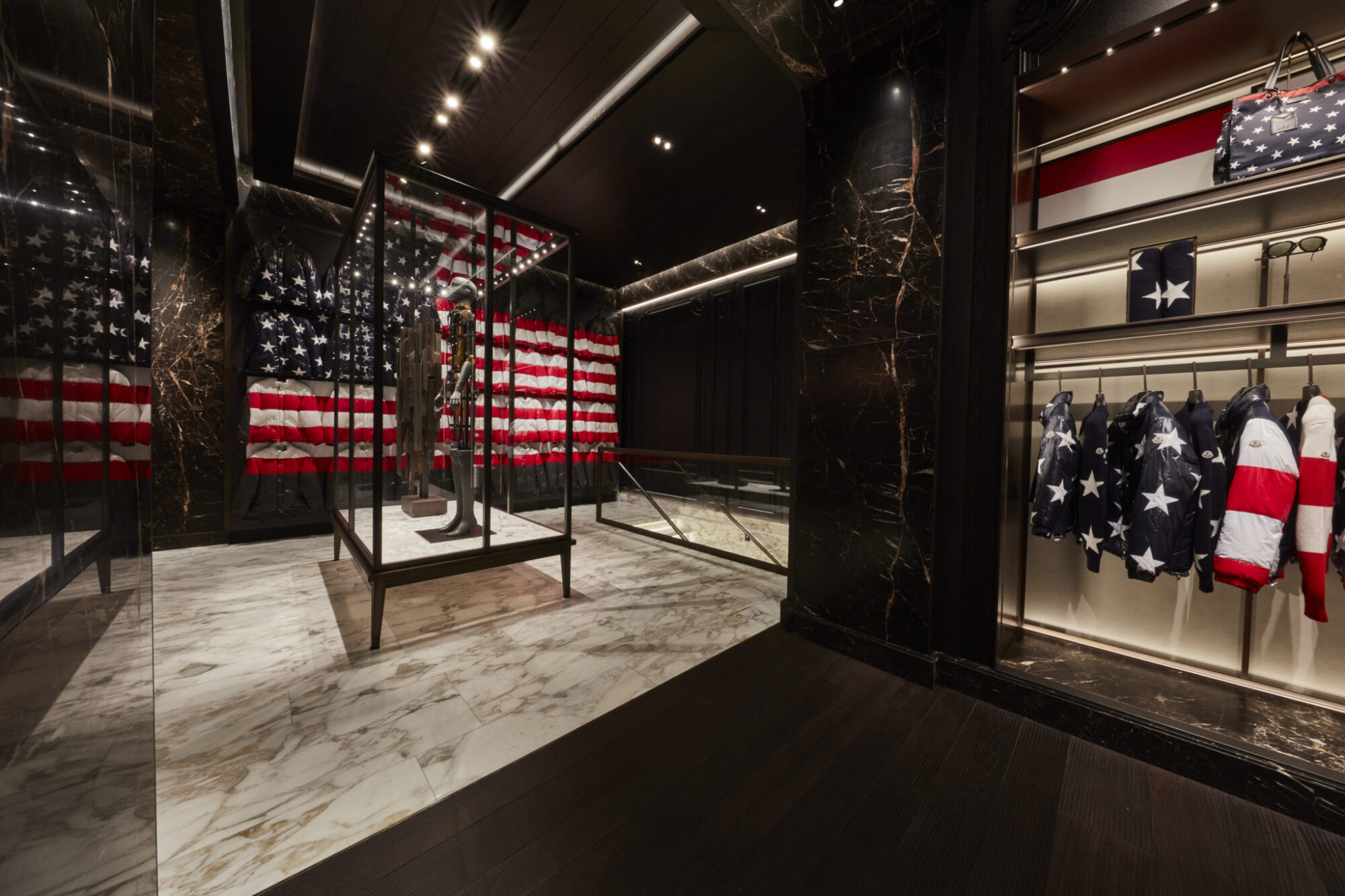 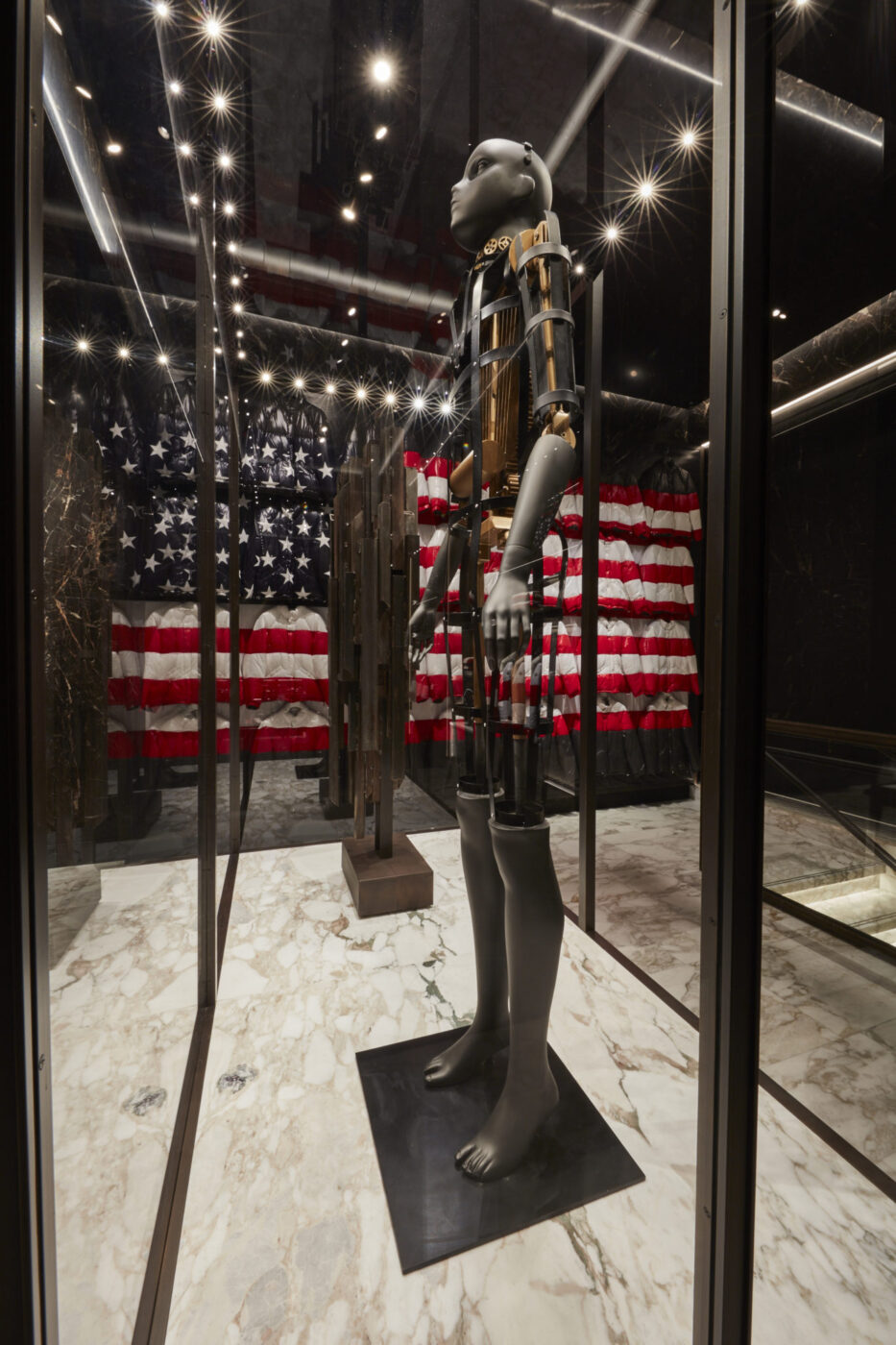 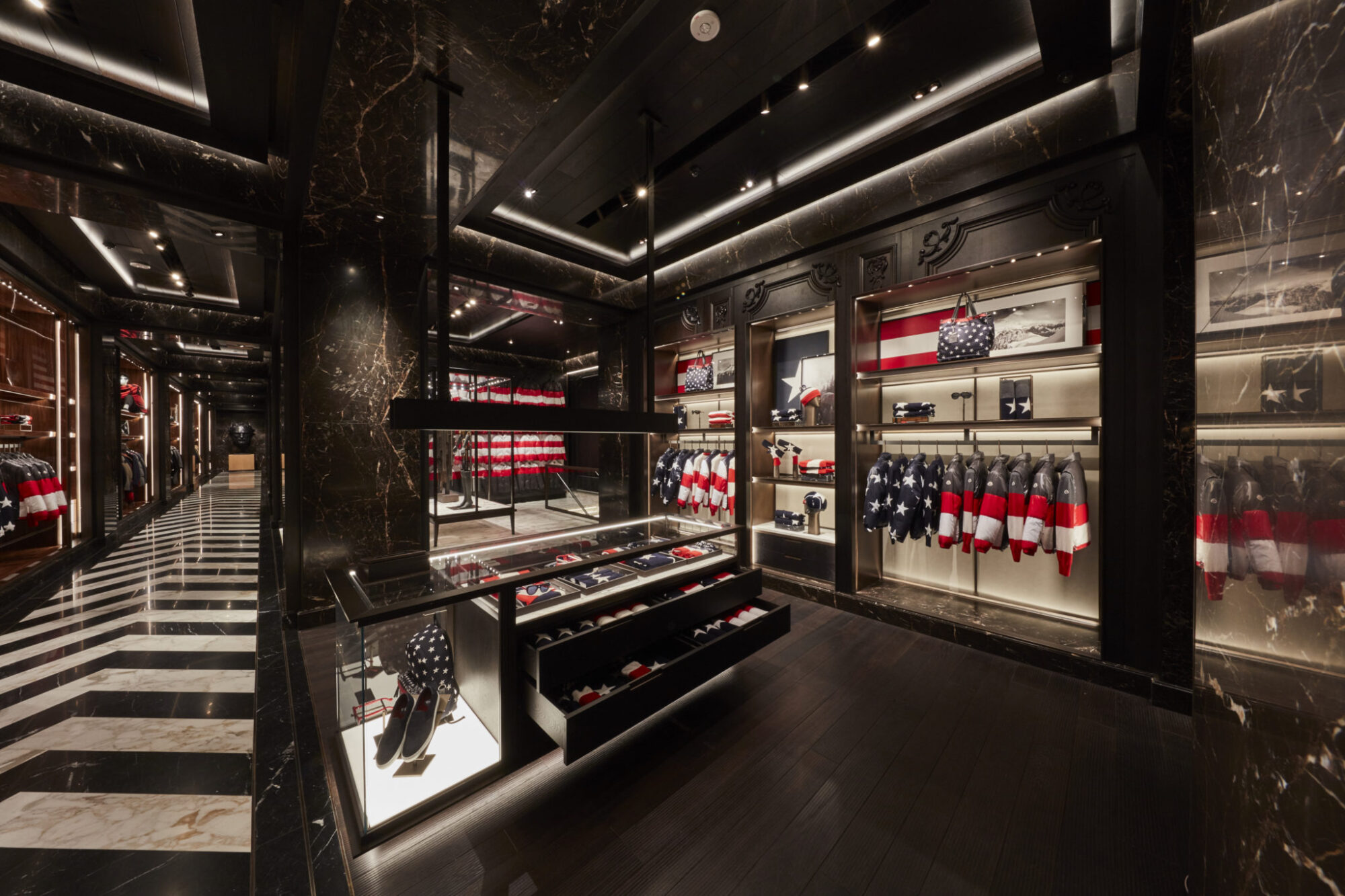