To celebrate COS collaboration with the world-renowned Solomon R. Guggenheim Museum in New ...

To celebrate COS collaboration with the world-renowned Solomon R. Guggenheim Museum in New York, as sponsor of the museum’s major retrospective of American painter Agnes Martin (1912 – 2004), COS will create a capsule collection of 12 pieces for men and women inspired by the works of the artist.

Filling the museum’s iconic rotunda, the exhibition will trace Agnes Martin’s career as one of the pre-eminent American painters of the twentieth century, from her early experiments of the 1950s through to her final canvases of the early 2000s.

One of the preeminent painters of the twentieth century, Agnes Martin was a visionary artist whose work bridged the Abstract Expressionist and Minimalist movements. Known for her delicate colour palette, geometric lines and grids, her works have been a source of inspiration to the COS design team for many years. Each of the textile prints used in the COS x Agnes Martin collection have been developed by the design team, referencing a specific piece of artists’s work. The collection features muted colours and natural fabrics such as linen and canvas to reimagine her compositions. Checks and stripes are hand-drawn and hand-stitched in order to create a quiet, organic, irregularity as demonstrated in Martin’s works. The shapes and silhouette of the collection are loose-fitting and the finishes inspired by work wear, as worn by the artist herself. 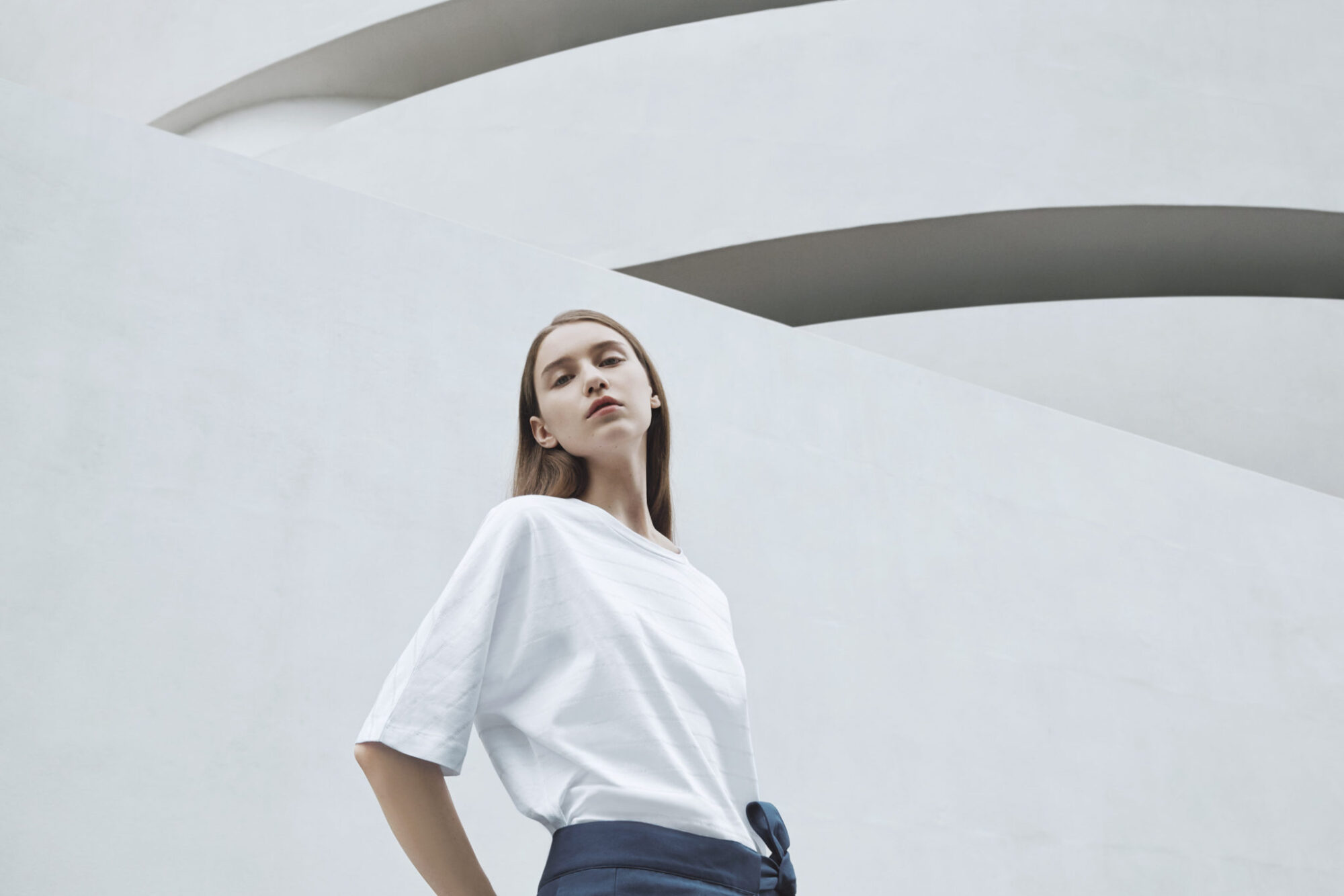 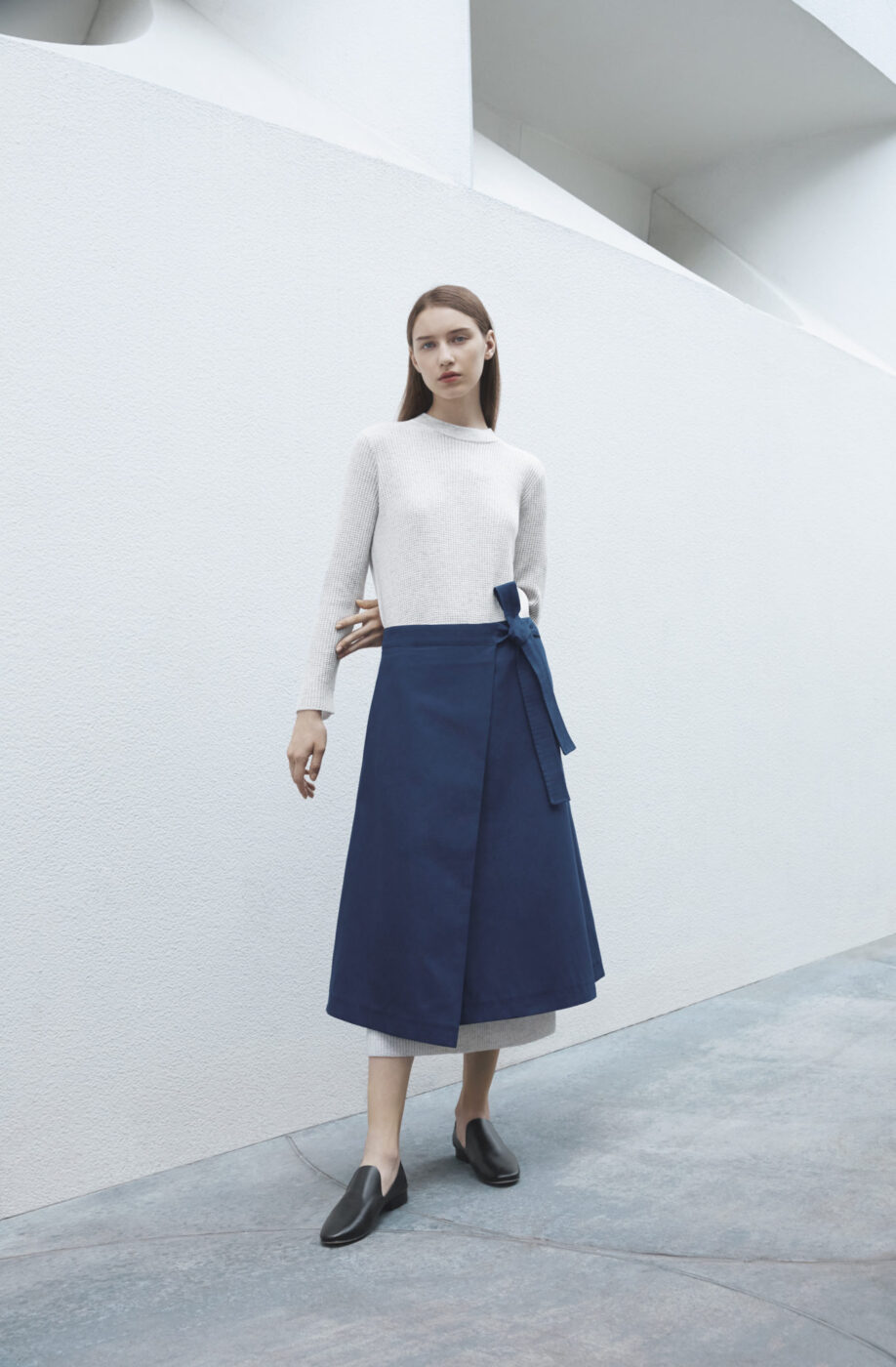 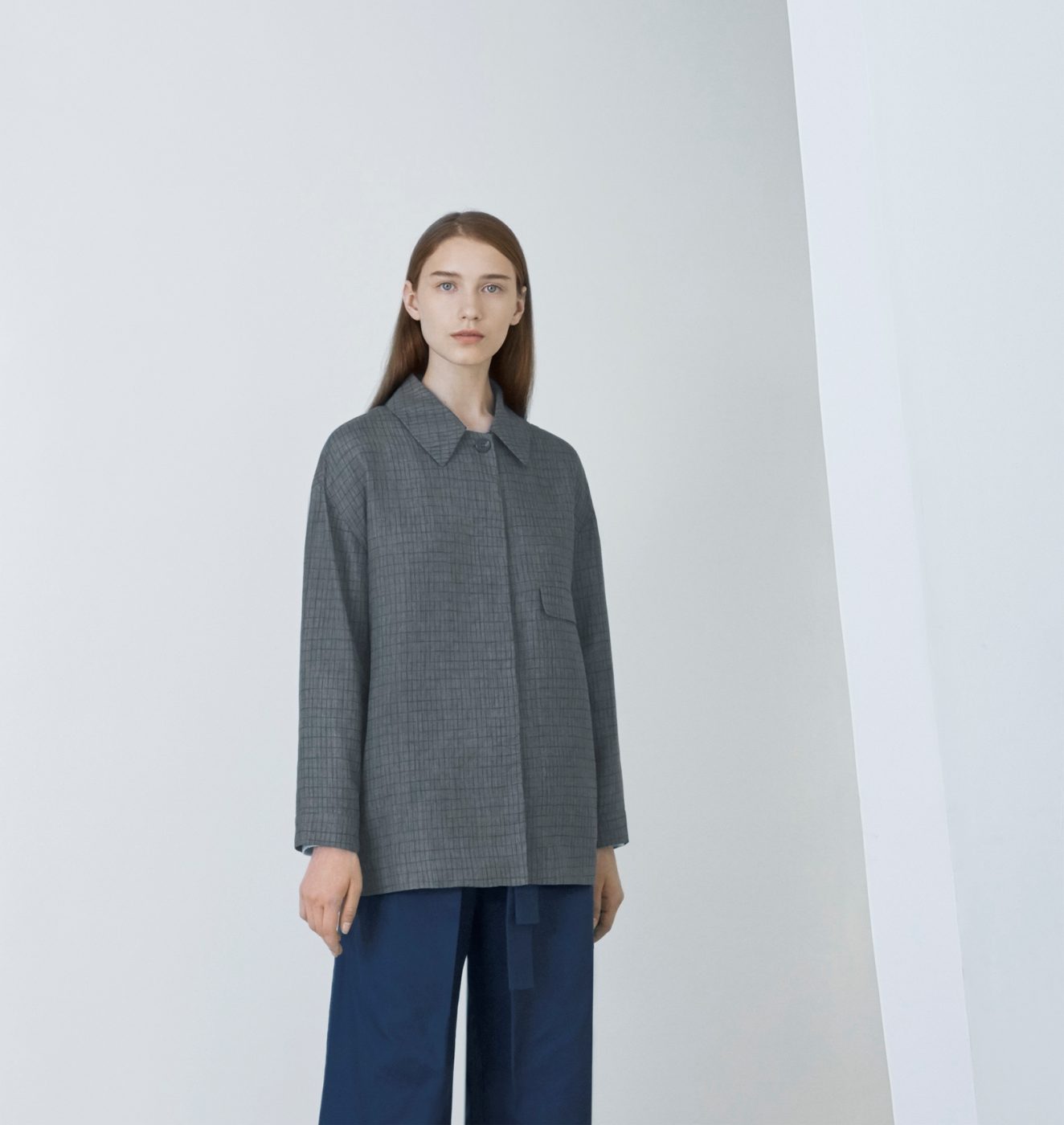 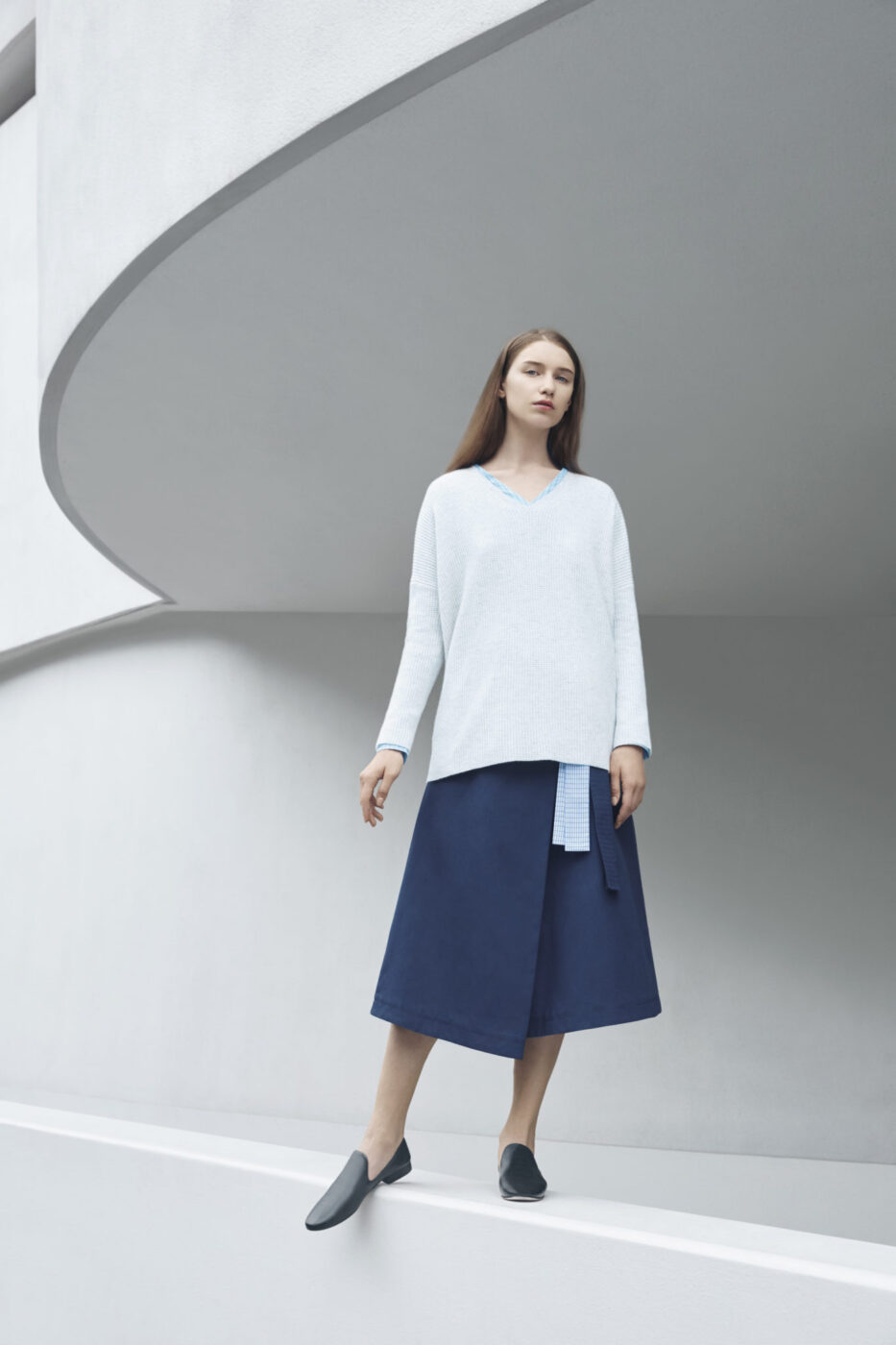 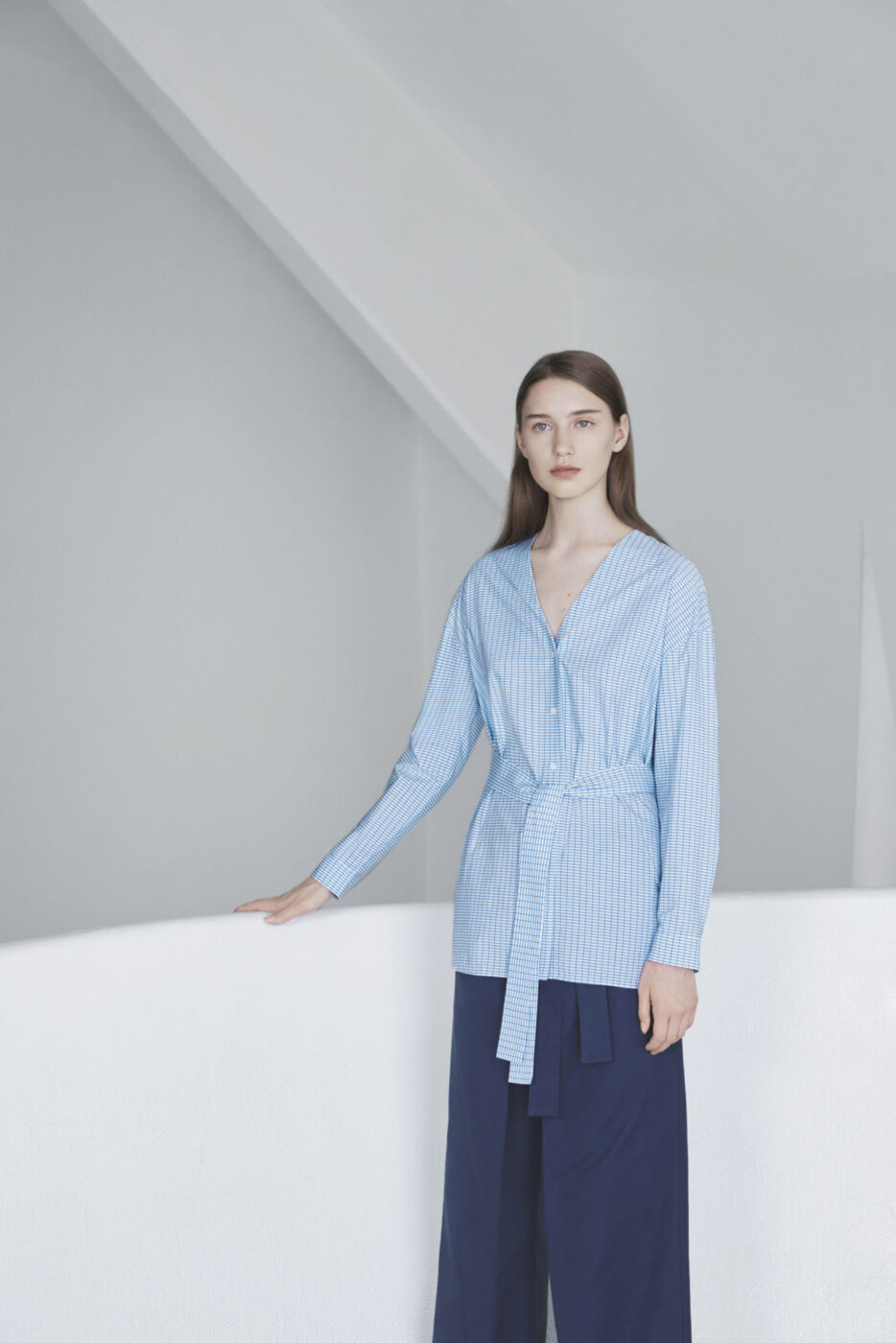