For her new fine jewelry collection, Victoire de Castellane took her inspiration from the ...

For her new fine jewelry collection, Victoire de Castellane took her inspiration from the wealth of decorative details displayed throughout the Château de Versailles, a place strongly associated with the history of Christian Dior.

The Château de Versailles, the icon of luxury and the French art of living, is a Dior destination par excellence. In his day, Christian Dior wanted to re-establish a connection with French history’s finest hour: the couturier drew inspiration from the palace’s sumptuousness and symbolic importance with his very first collection, which he had Willy Maywald photograph in the domain’s most celebrated spaces. Château de Versailles is also the starting point for the Christian Dior À Versailles high jewelry collection by Victoire de Castellane. But rather than focus on the palace’s famed perspectives and architectural alignments, the artistic director of Dior Joaillerie instead found inspiration in various decorative art details within the palace itself.

On beholding the diamond drop necklace, one might recall a crystal tassel from a chandelier; further along, an earring evokes a curtain tieback in the royal apartments; elsewhere, a bow seems to have escaped from the detail work on typically rocaille, or Rococo-style, furniture. Other details evoke the woodwork in the Hall of Mirrors, candelabras and mirror frames, the mascaron on a door, or the graphic arrangement of parquetry. In playfully recasting these elements, Victoire de Castellane invites us to revisit Versailles, magnifying glass in hand, to better appreciate its graphic and ornamental aspects. “I tried to imagine Versailles by night, with its interior illuminated by candlelight that made gemstones sparkle,” she explains. “The women are bejeweled, and if you listen closely you can almost hear the chime of silverware on porcelain!”

The oxidized silver used on certain settings lends depth to the jewel and conveys a mystery directly inspired by 18th-century jewelry making techniques. Rose-cut and briolette diamonds contrast with more modern baguette diamonds and white gold, while purely Rococo garlands entwine calibrated, geometric diamond necklaces: throughout, the classicism of Versailles engages in a dialogue with contemporary design. Accomplishing an artisanal feat that brings together several cuts and setting techniques in a single jewel with a particular rhythm required the collaboration of the finest high jewelry workshops in Paris. Just as the greatest artists of the day were called upon to produce the sumptuous décor inside the Château de Versailles. 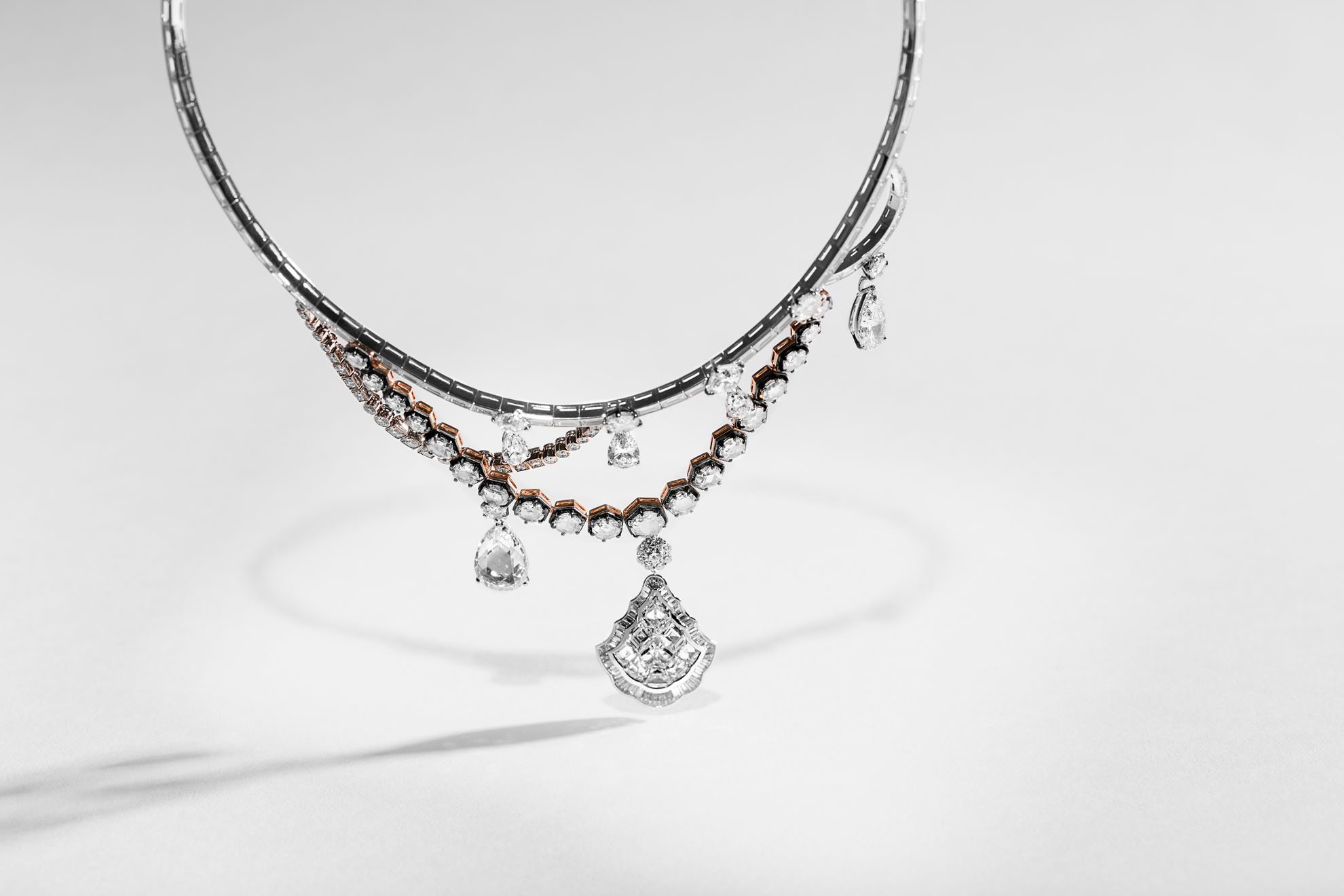 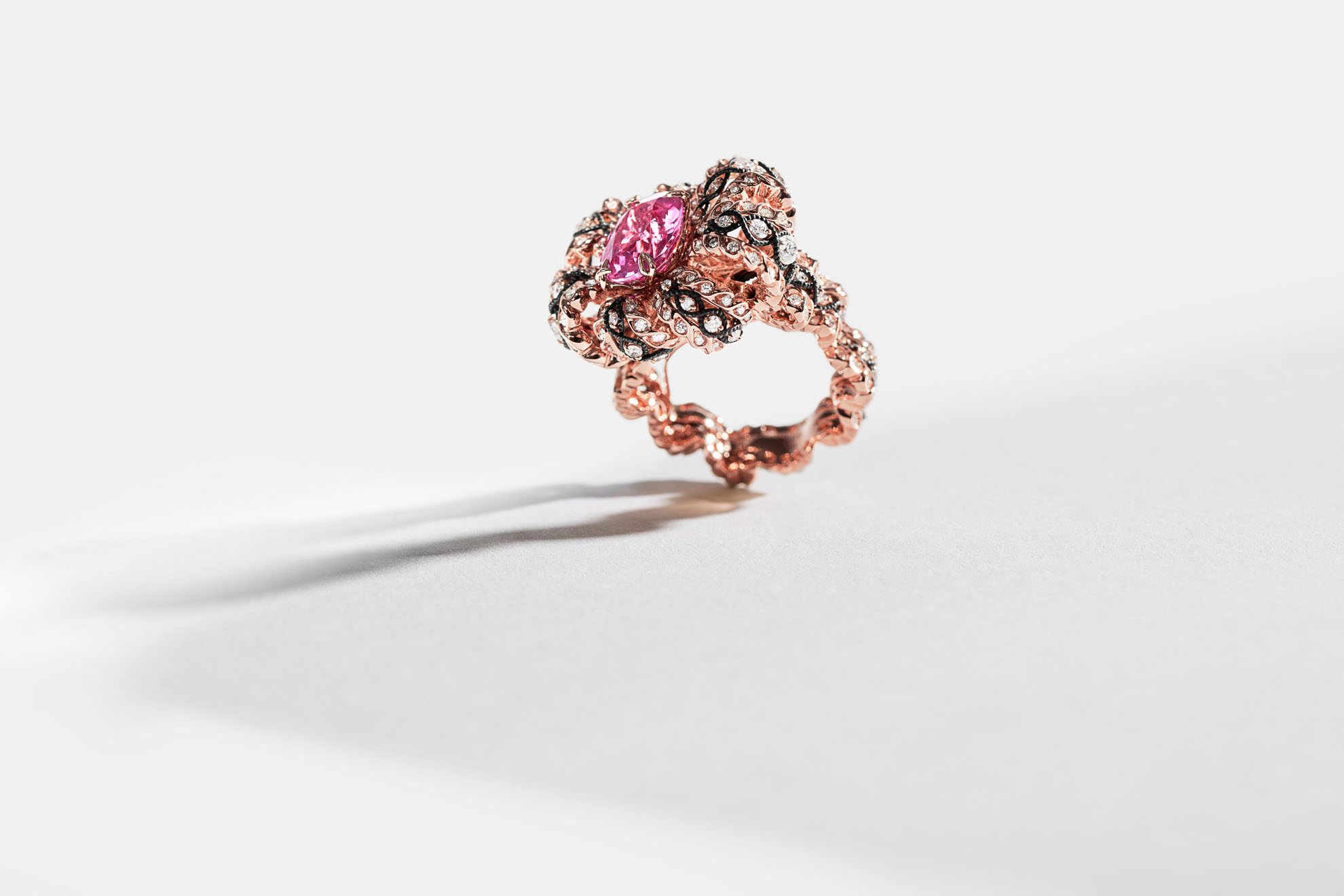 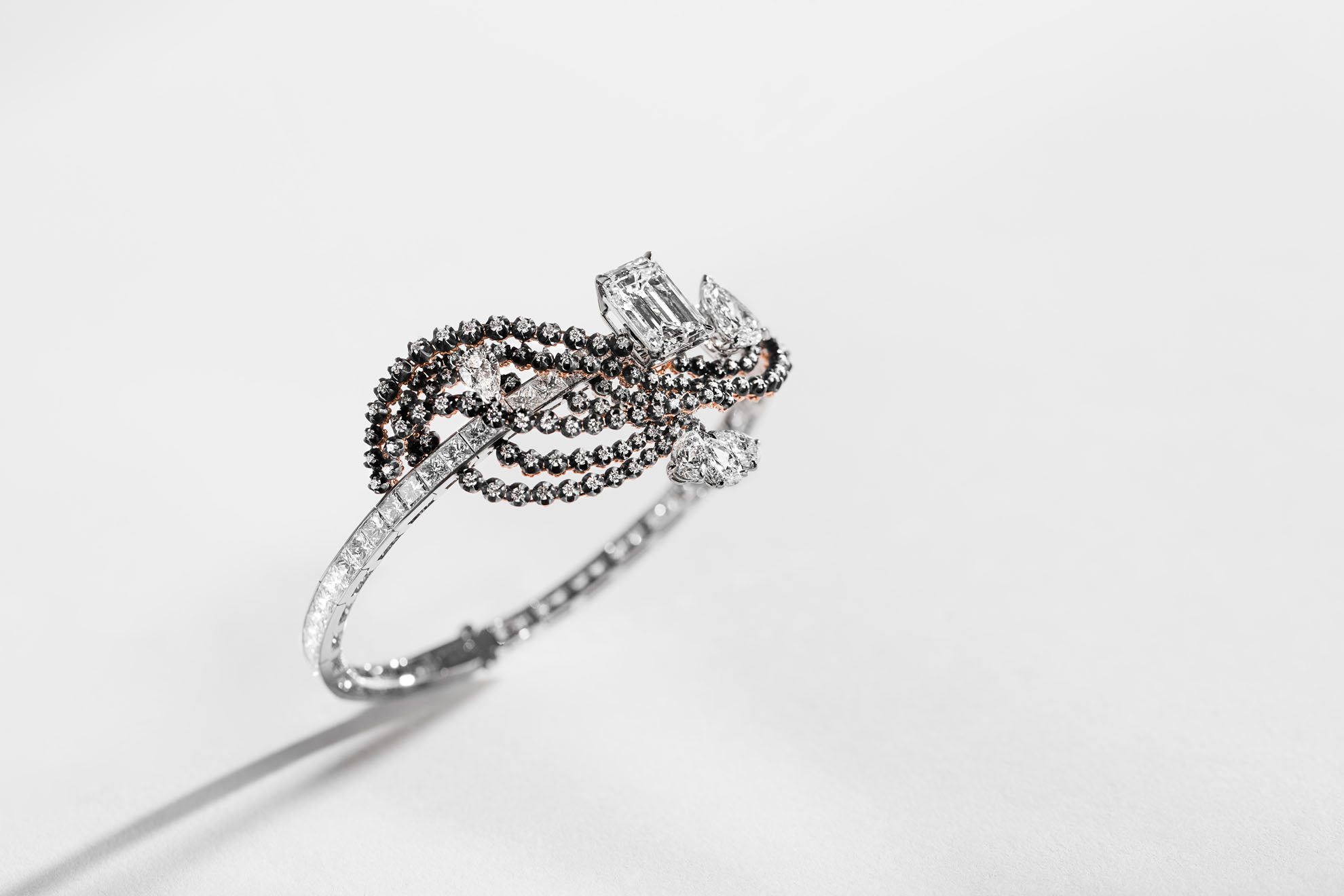 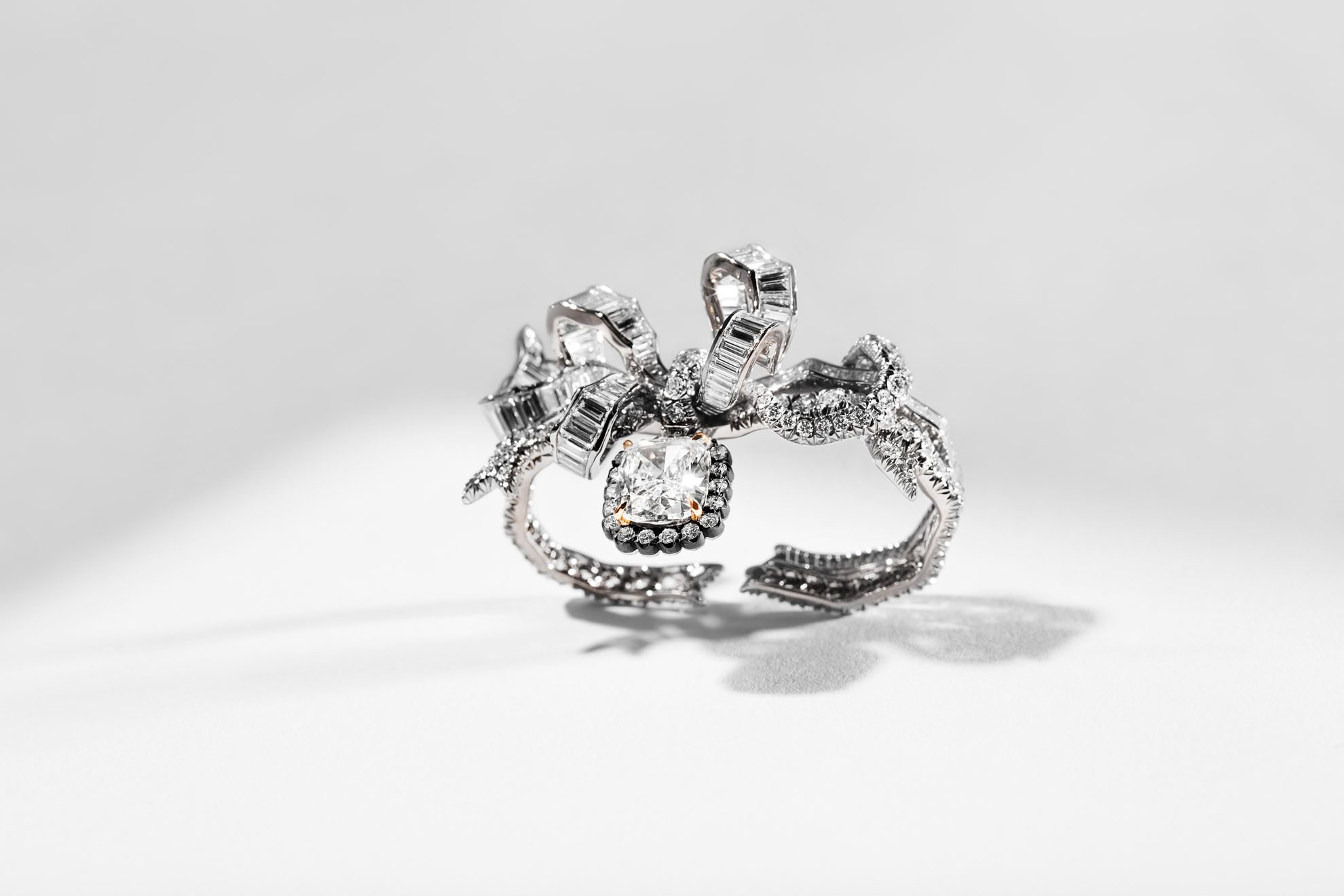 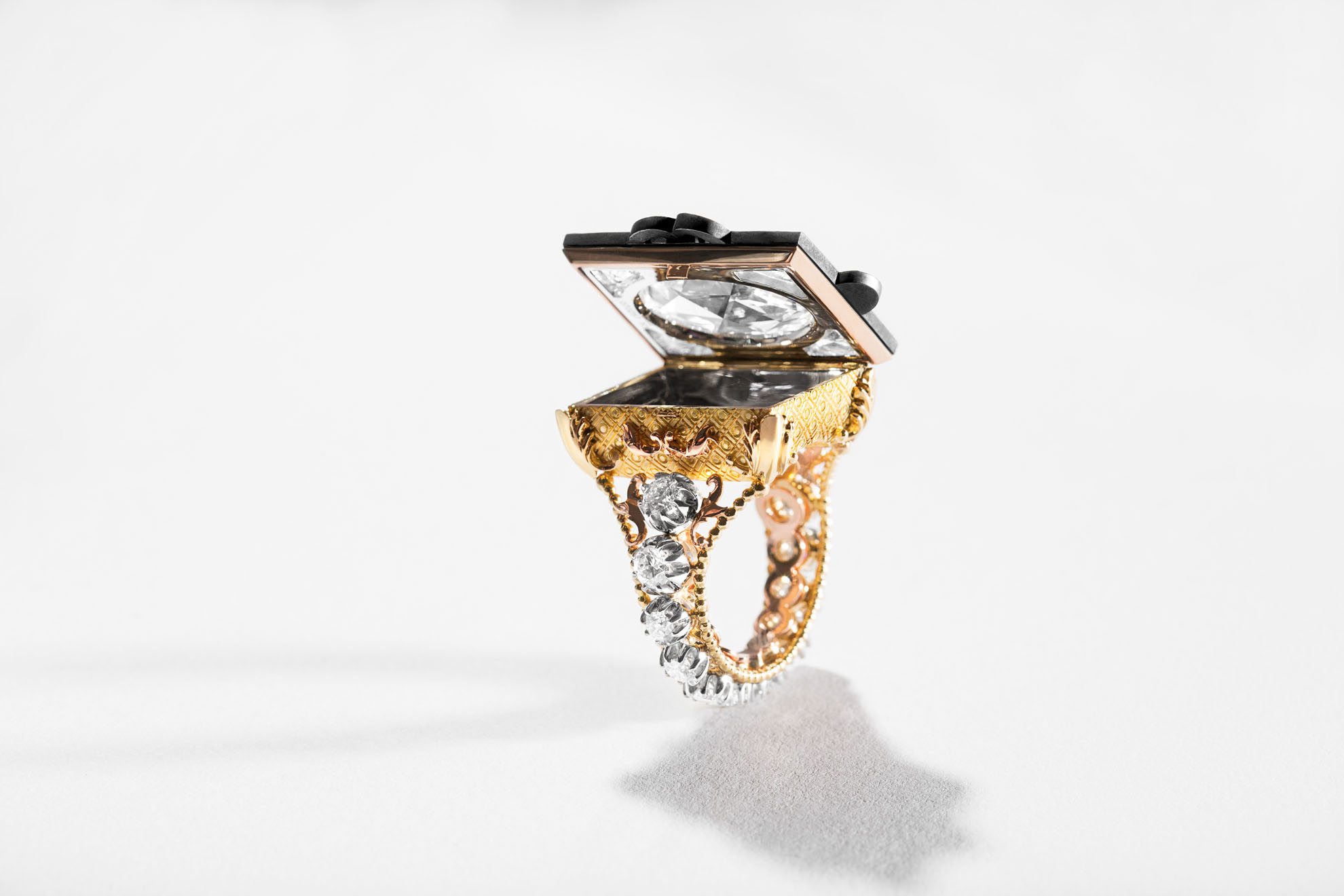 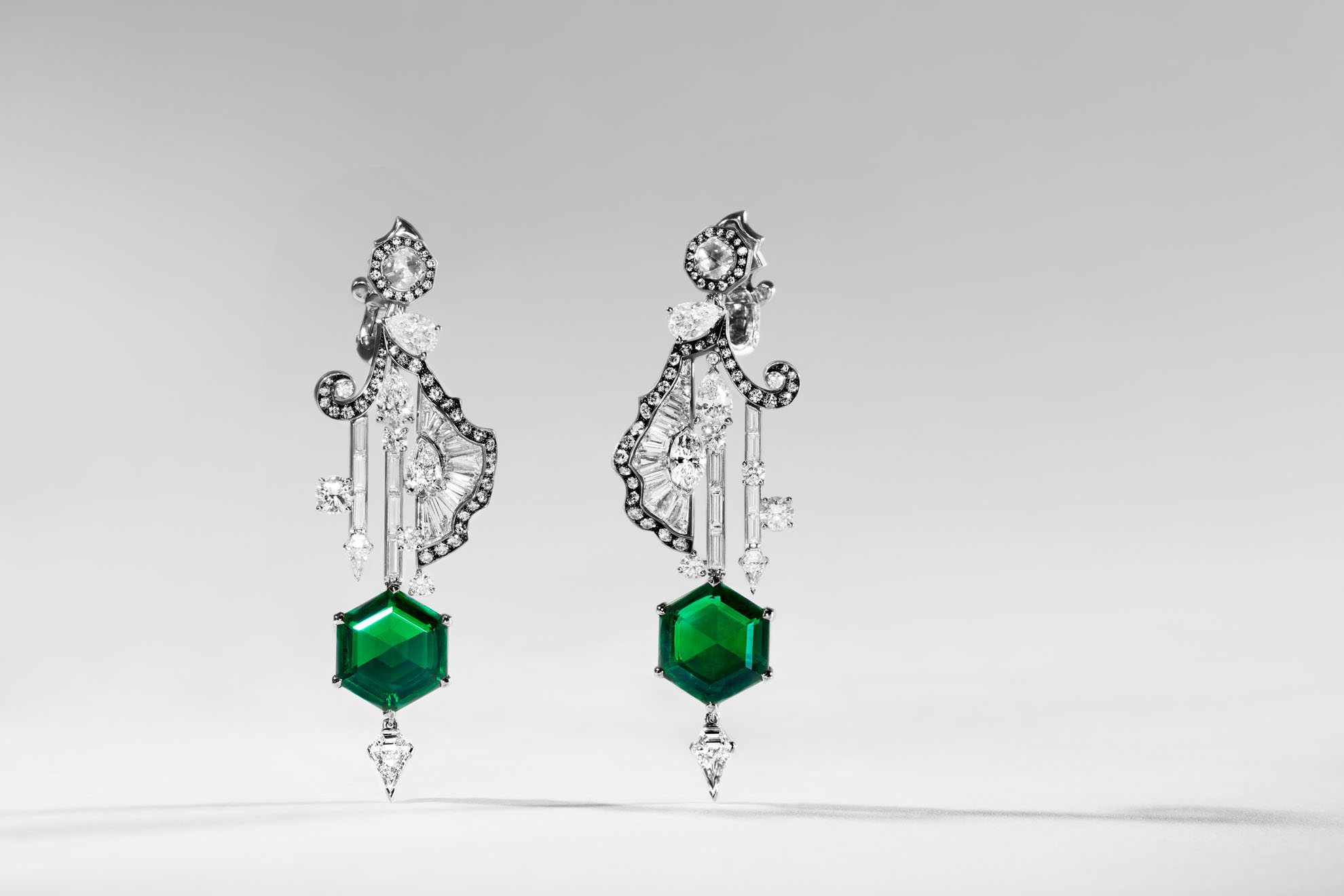