The mythology and culture of Ancient Egypt have influenced both the life of designer Christian ... 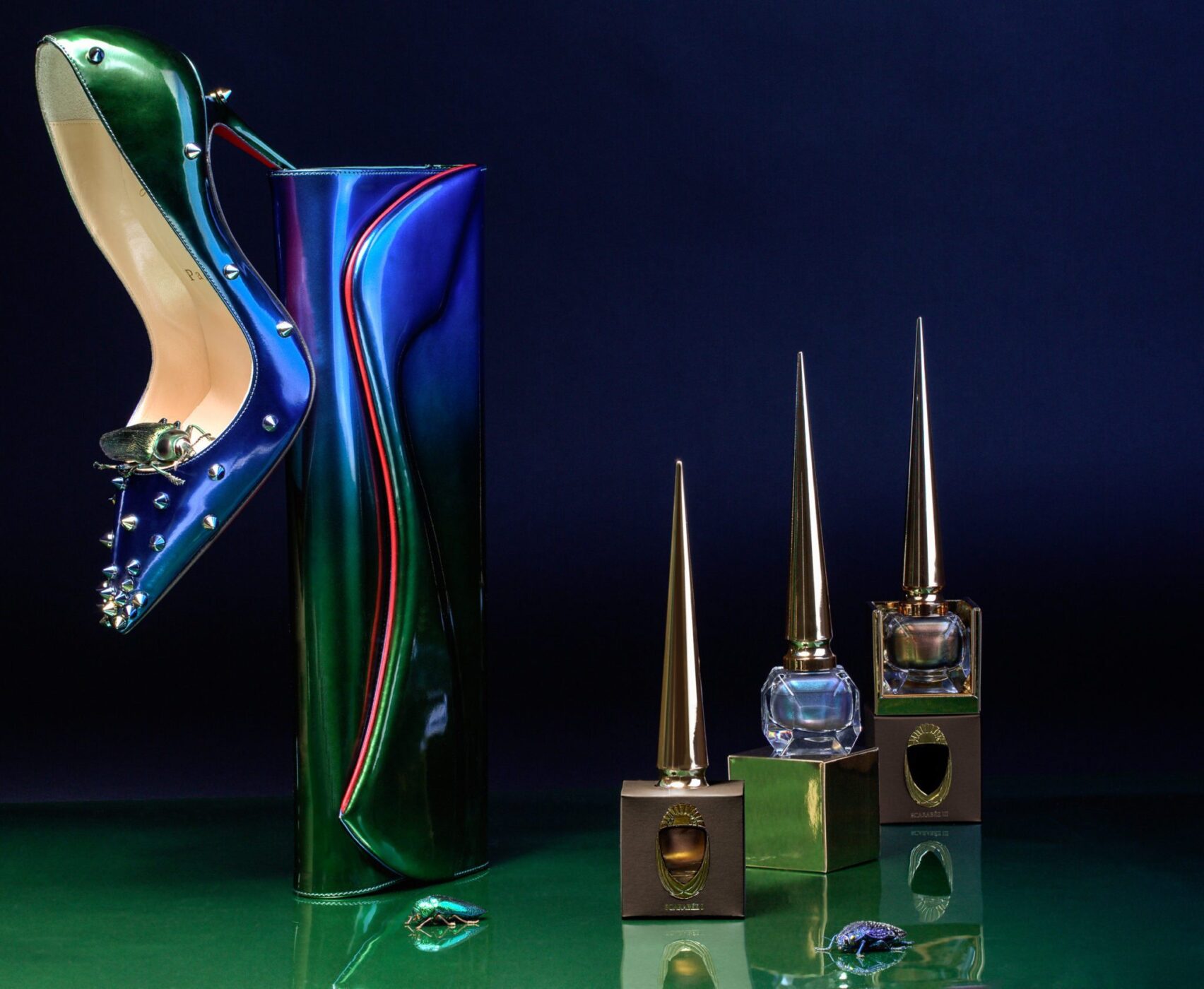 The mythology and culture of Ancient Egypt have influenced both the life of designer Christian Louboutin and his work in many ways. Most recently, he found  his muse in a key piece of Egyptian iconography, the scarab beetle. This creature, sacred to the Pharaohs, led him to create his latest contribution to the world of beauty: the Christian Louboutin Scarabee Limited-Edition Collection.

“They can look beautiful and reflective under  the bright sun but also look like a precious jewel by night,” says the designer.

The limited-edition comes in three colors, where the pigment  and pearls have the ability to reflect two or more shades at once: Scarabee I- a soft metallic flecked with shades of rose and gold, Scarabee II – a deep blue with flashes of purple, emerald, and gold, Scarabee III – a bronze with highlights of green and blue.

The bottles are topped with a tall, copper gold cap, and are encased in brown cartons adorned  with a copper gold scarab motif with a cut-out window  to reveal the nail color nestled within.

This is another chapter  in the marriage of fashion and beauty for the brand as well, as Louboutin  developed a new patent leather- Scarabee Ocean-Amazone,  a shiny blue-to-green  patent degrade- directly inspired by Scarabee II Nail Color.