Moschino sits on a stretch of Beverly Boulevard west of fashion-heavy Robertson Boulevard, which is part of the West Hollywood Design District, said WWD. It’s an appropriate spot for Scott, a longtime figure in L.A.’s funkier art and design worlds. His appointment as creative director of Moschino in 2013 has reinvigorated the house, owned by Aeffe SpA, in part, believes chief executive officer Alessandro Varisco, because he brings the Los Angeles energy that is captivating the fashion world.

“I understand why Jeremy needs to spend time in L.A., where there is good energy. Frankly speaking, there is a little less energy in Milan right now,” Chief Executive Officer Alessandro Varisco.

All of Scott’s creations from the main line, including ready-to-wear (70 percent women’s, 30 percent men’s), accessories (handbags, shoes, scarves, headbands, cell phone and camera cases), swim, intimates and fragrance, are on display in the store. All are set off by movable chrome hanging bars, chrome and glass shelves and stone and concrete vitrines.

The next Scott-designed store is slated to open in a new location in Milan in May, followed closely by a boutique in New York’s SoHo. 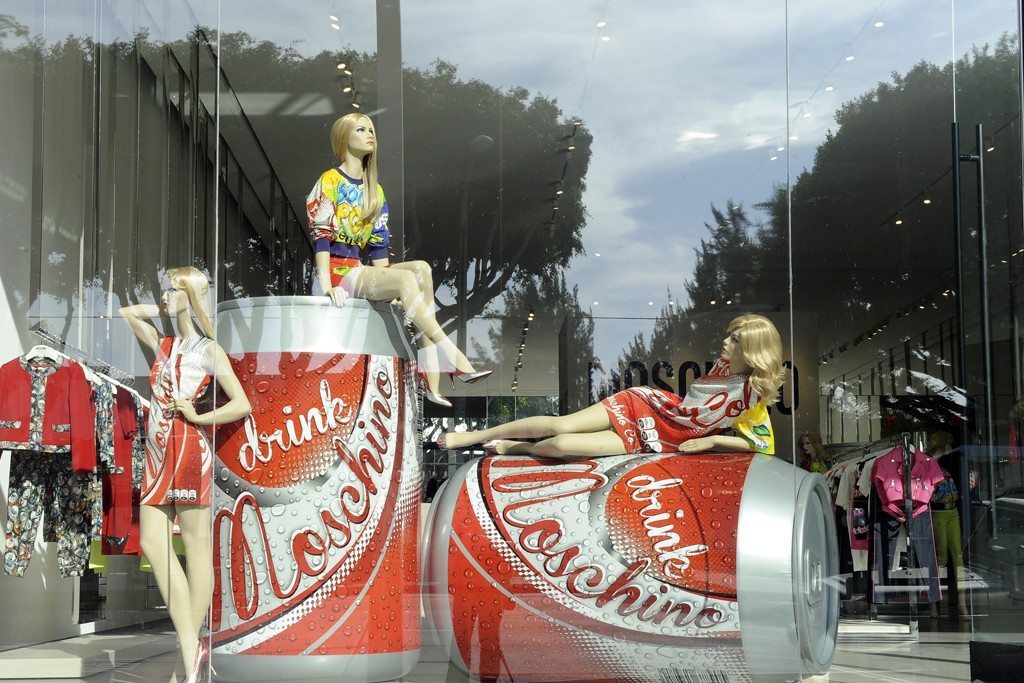 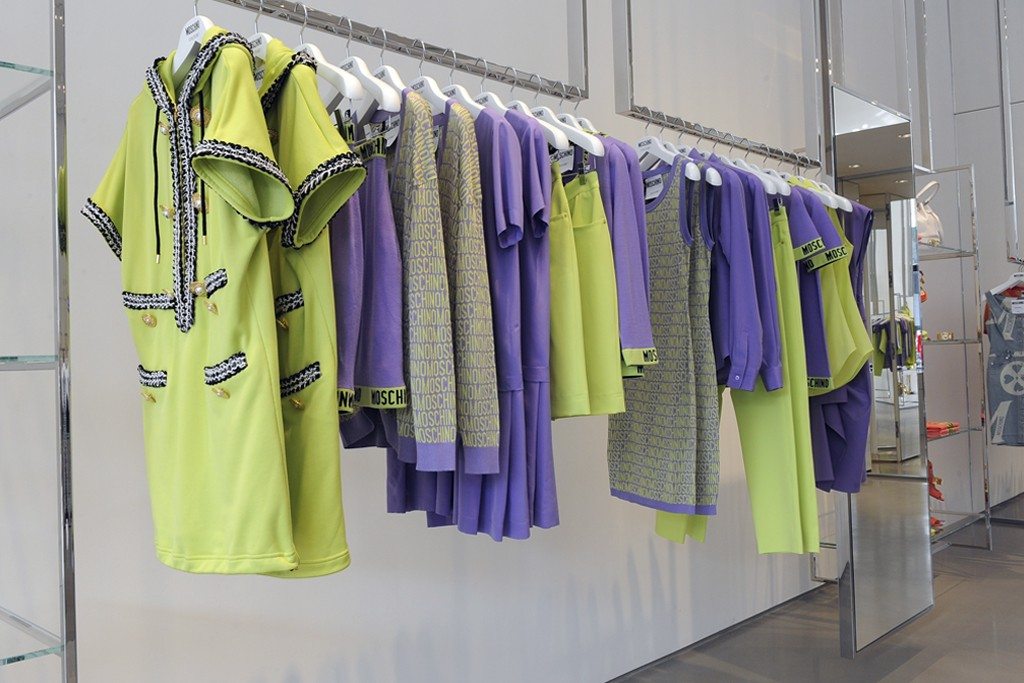 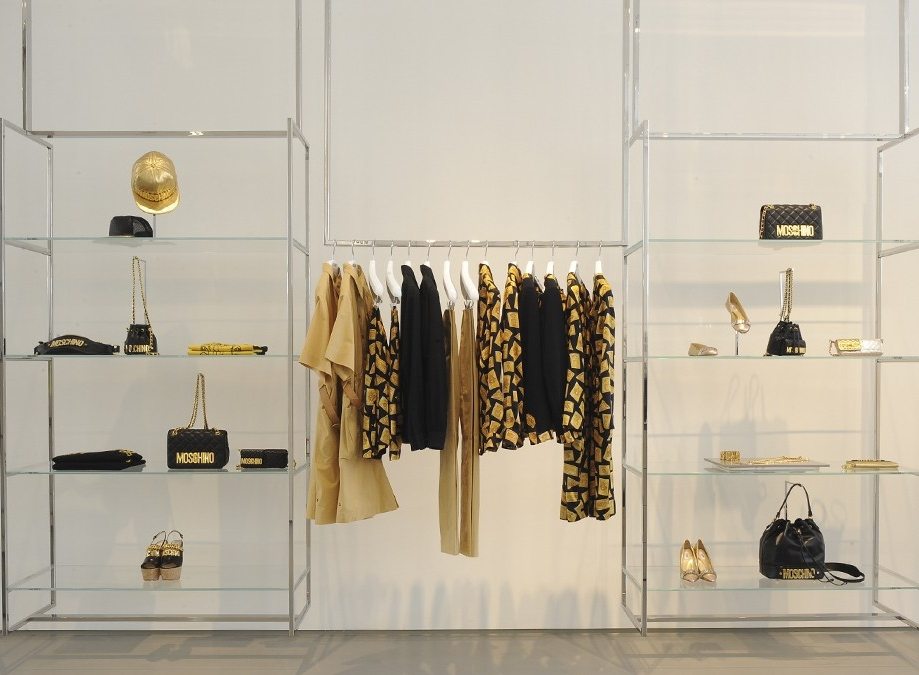