In his final collection for Carven, Guillaume Henry presented a well-studied Pre-Fall 2015 ...

In his final collection for Carven, Guillaume Henry presented a well-studied Pre-Fall 2015 collection that was as functional as it was charming. In a palette of mostly chocolate, navy, caramel, beige and mocha, the looks exuded a warm and easy flair despite their whimsical, strongly retro-animated tinge.

Under the working title, “A Day in the Office,” Henry conjured nerdy polo T-shirts that were knitted but featured silk twill inserts printed with colorful vintage cassettes, also used on an asymmetrical skirt. In other looks, images of old television sets were stamped on sweaters.

The playful graphic tone continued with color-blocking patterns, as seen on an otherwise sober, male-inspired wool coat. Skirts descending halfway down the calves and high-waisted culottes accentuated the collection’s Seventies vibe, which also featured cropped sweaters in generously oversized, openwork cable knits. If only all nine-to-five days were this fun. 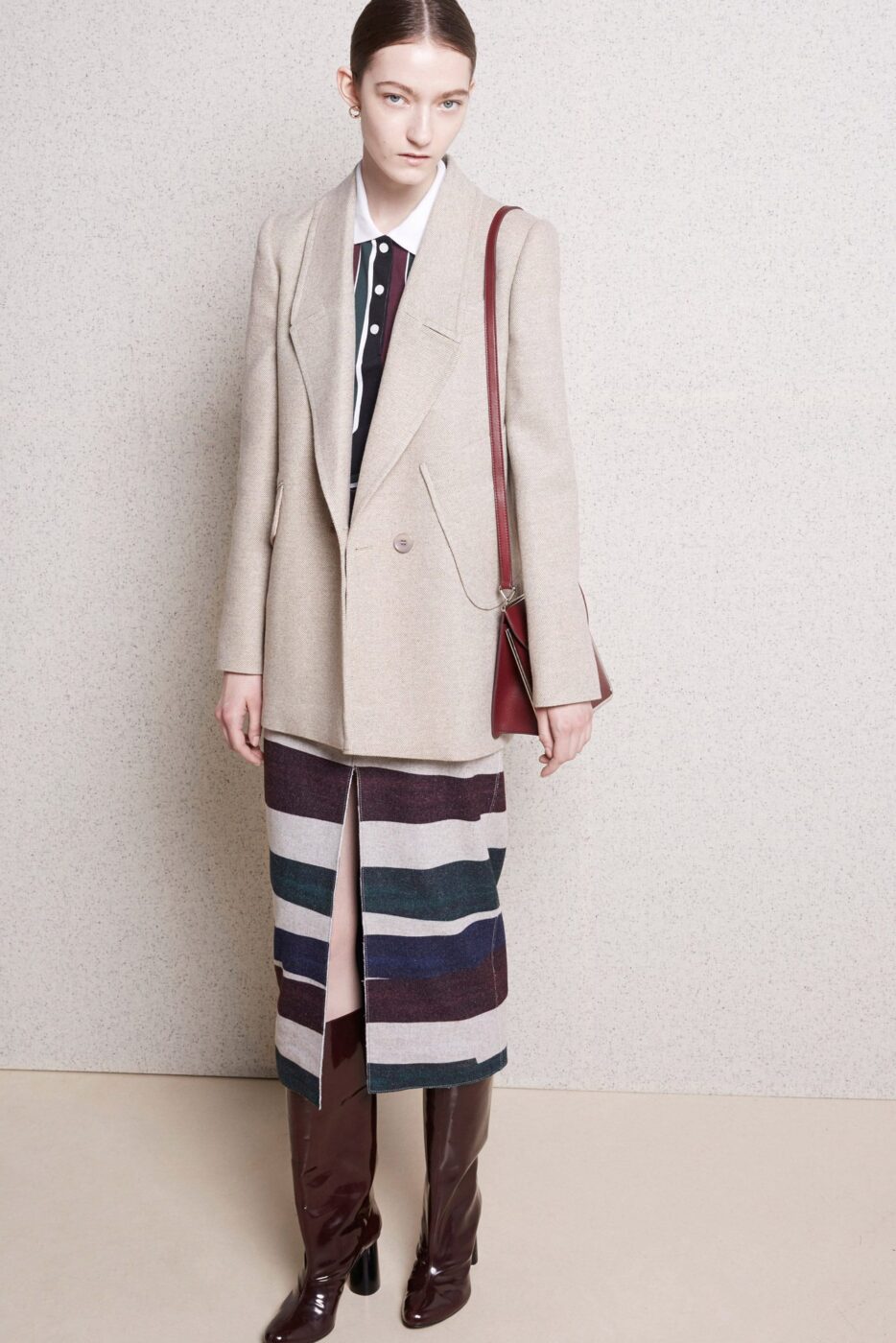 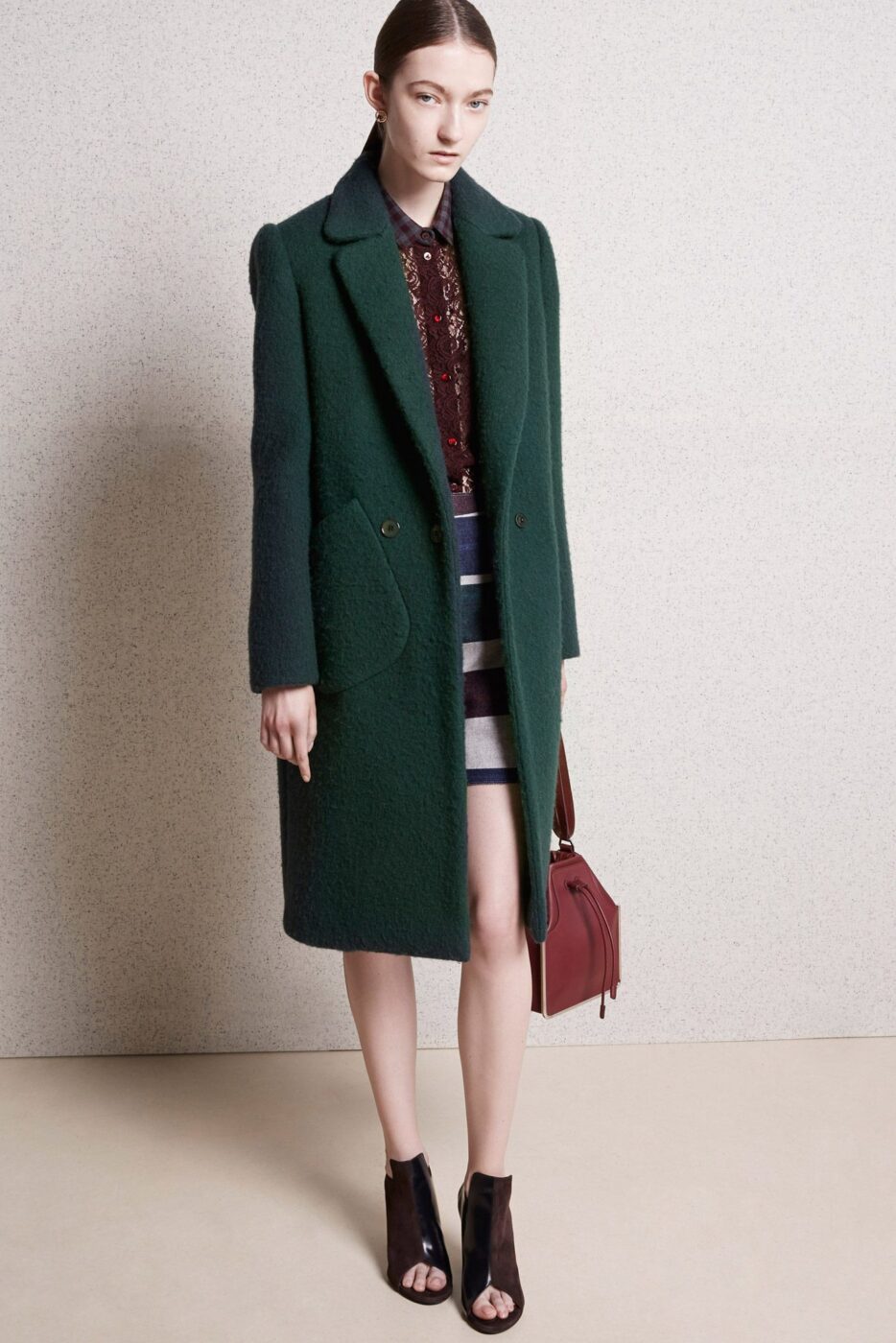 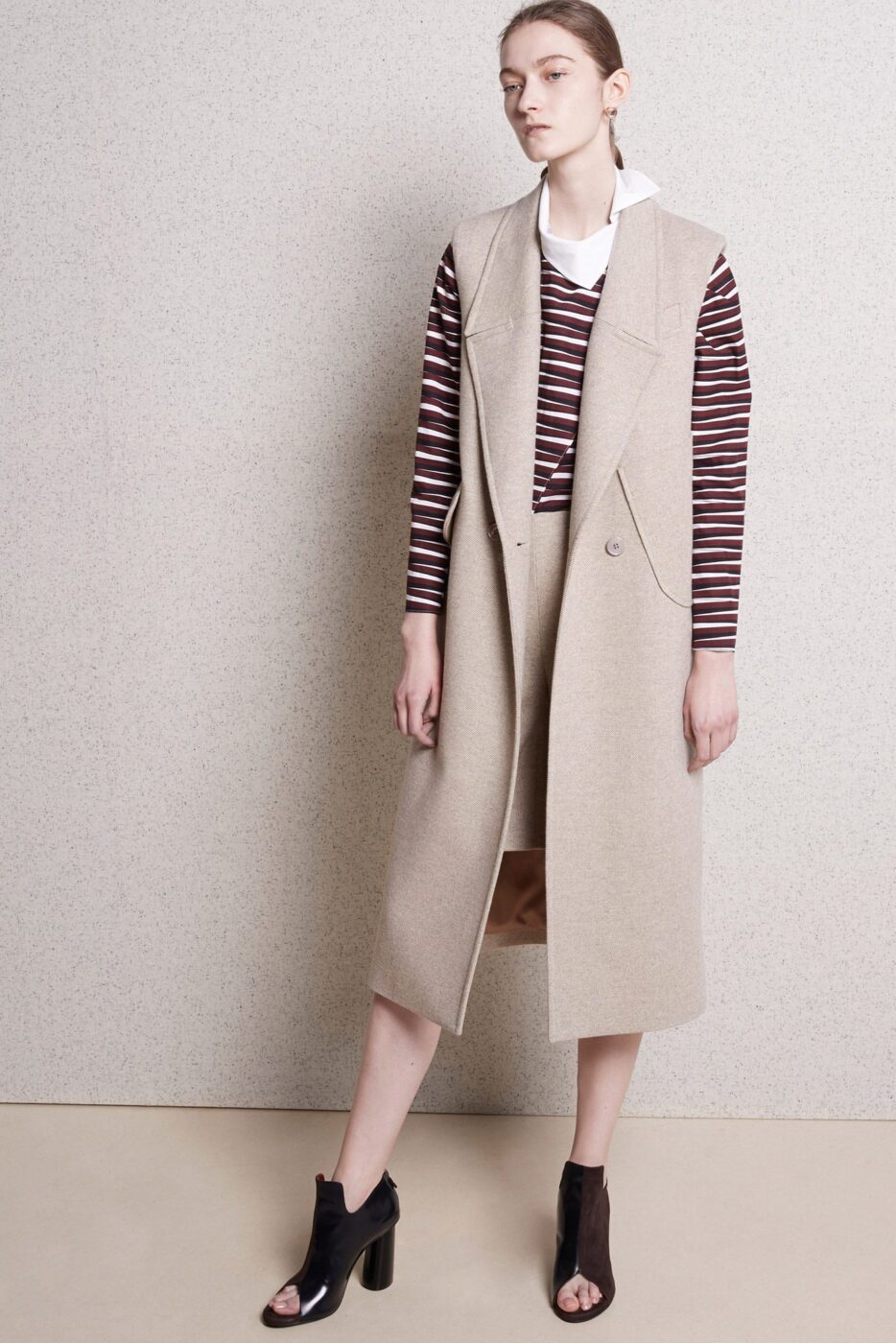 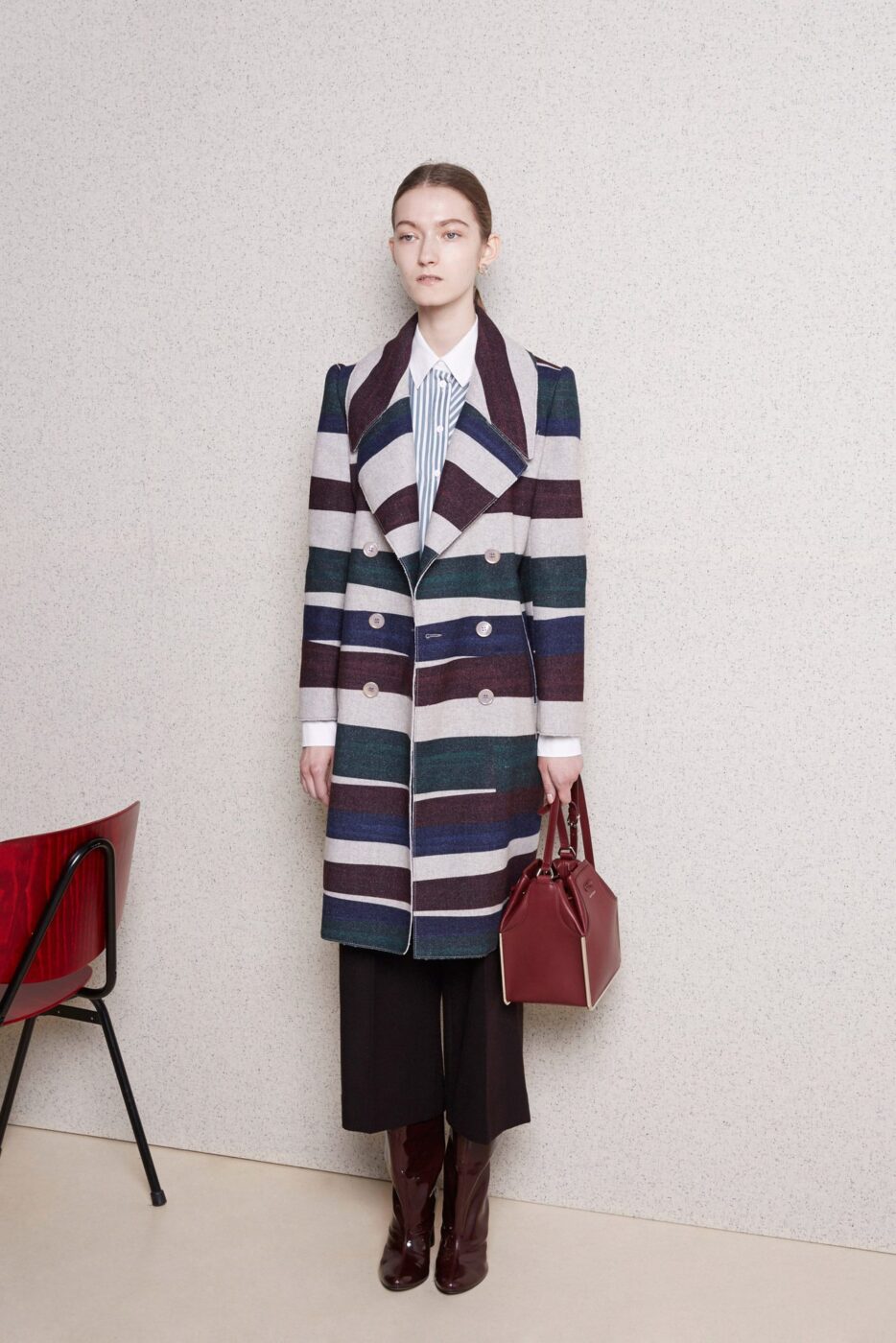 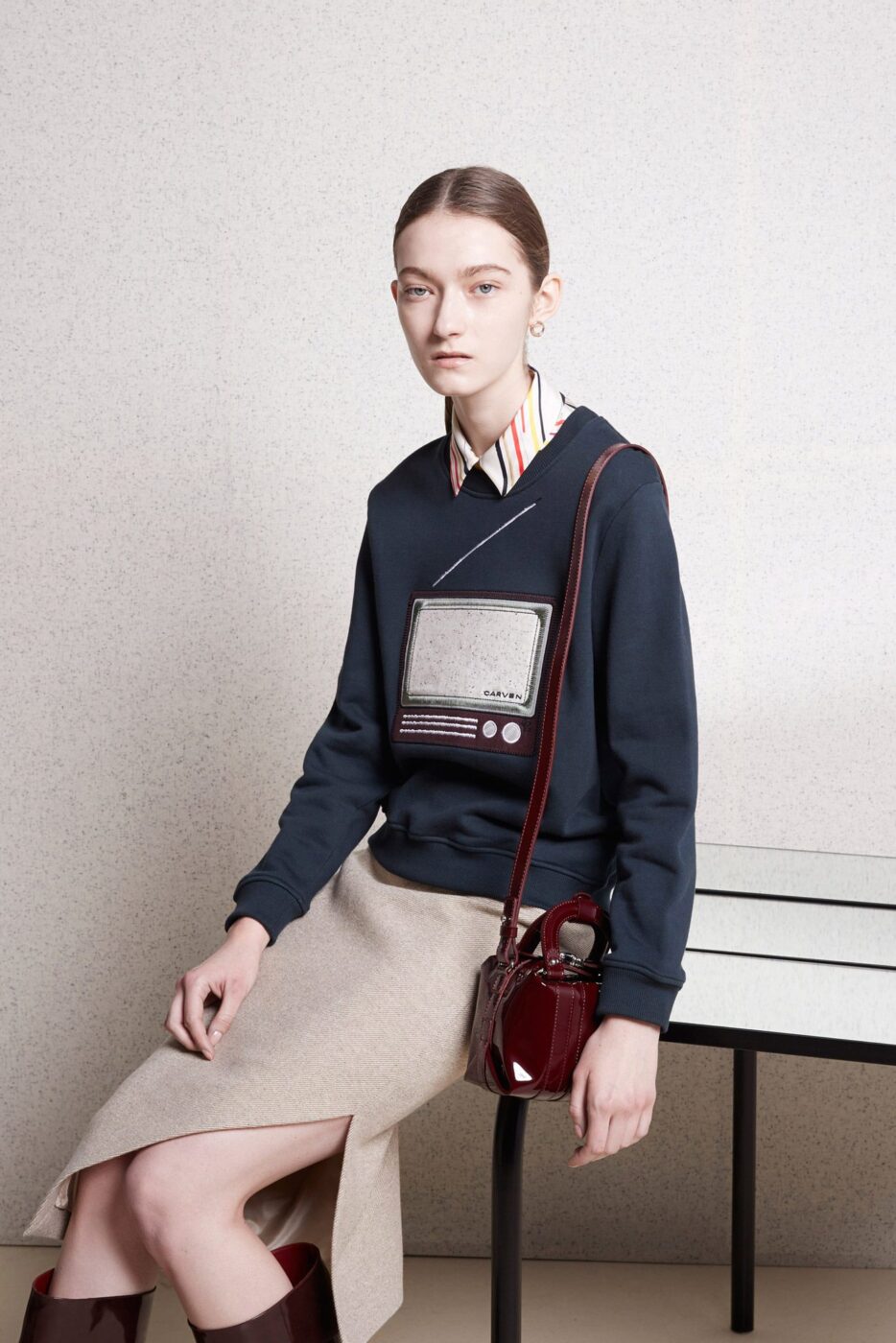 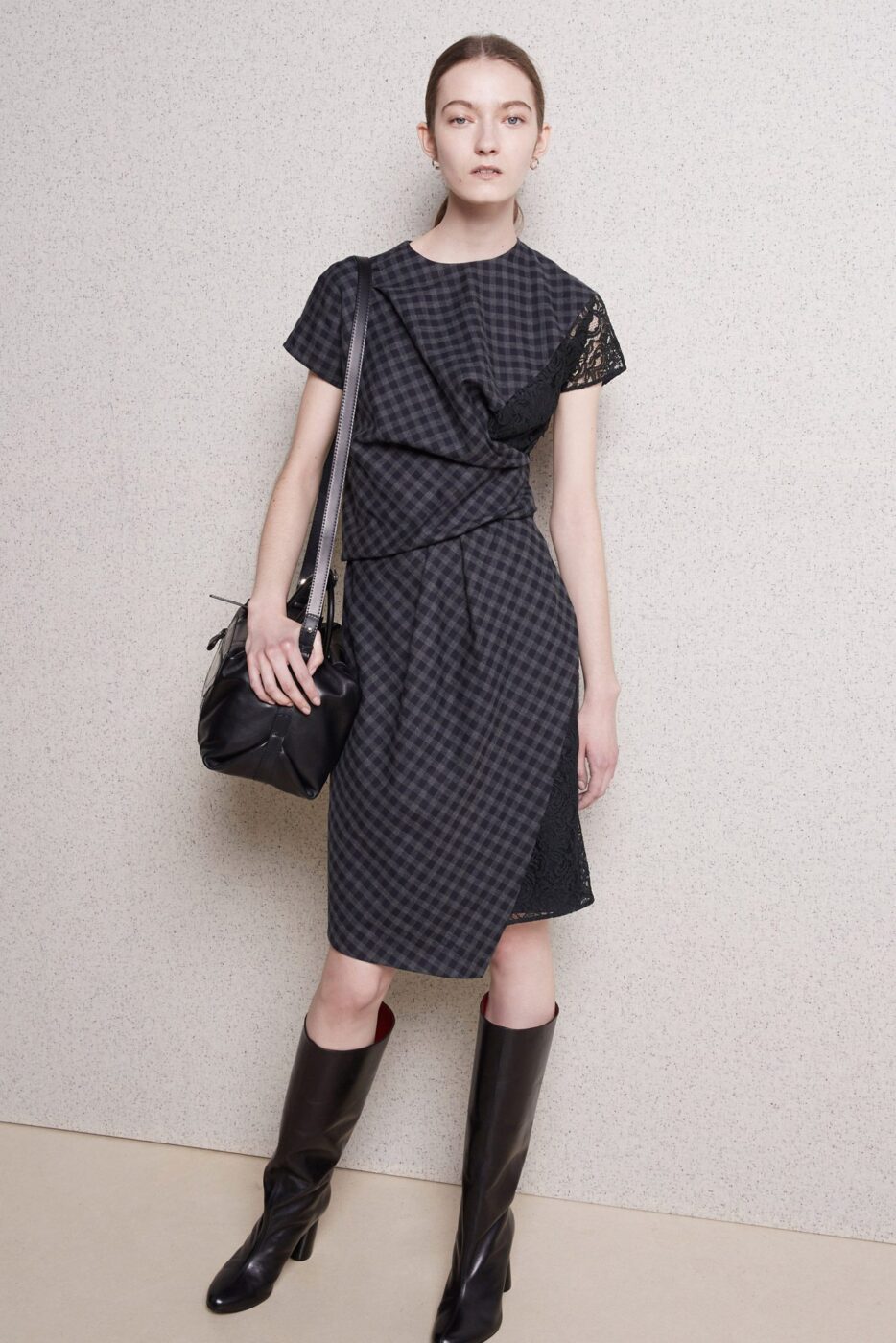 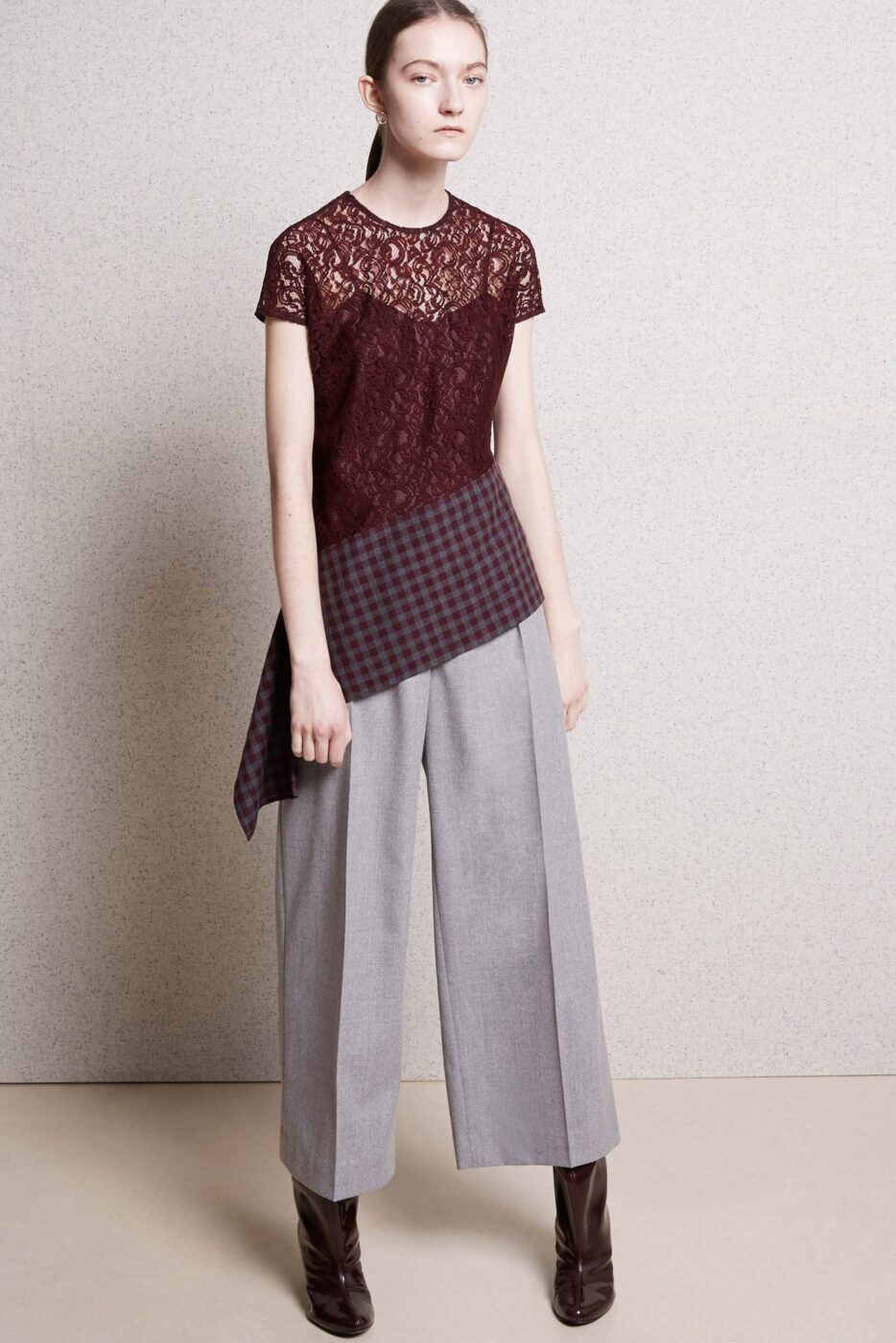 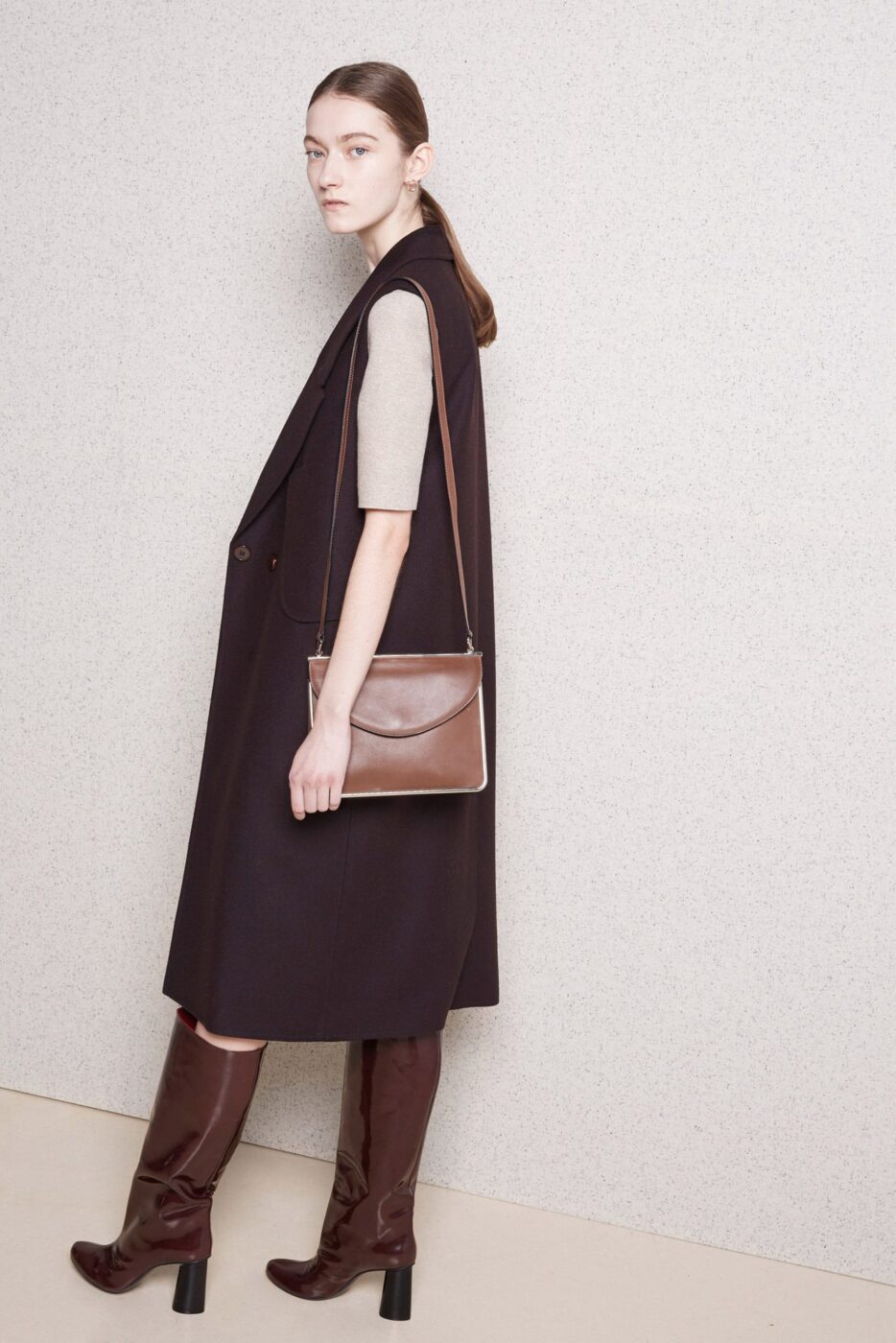 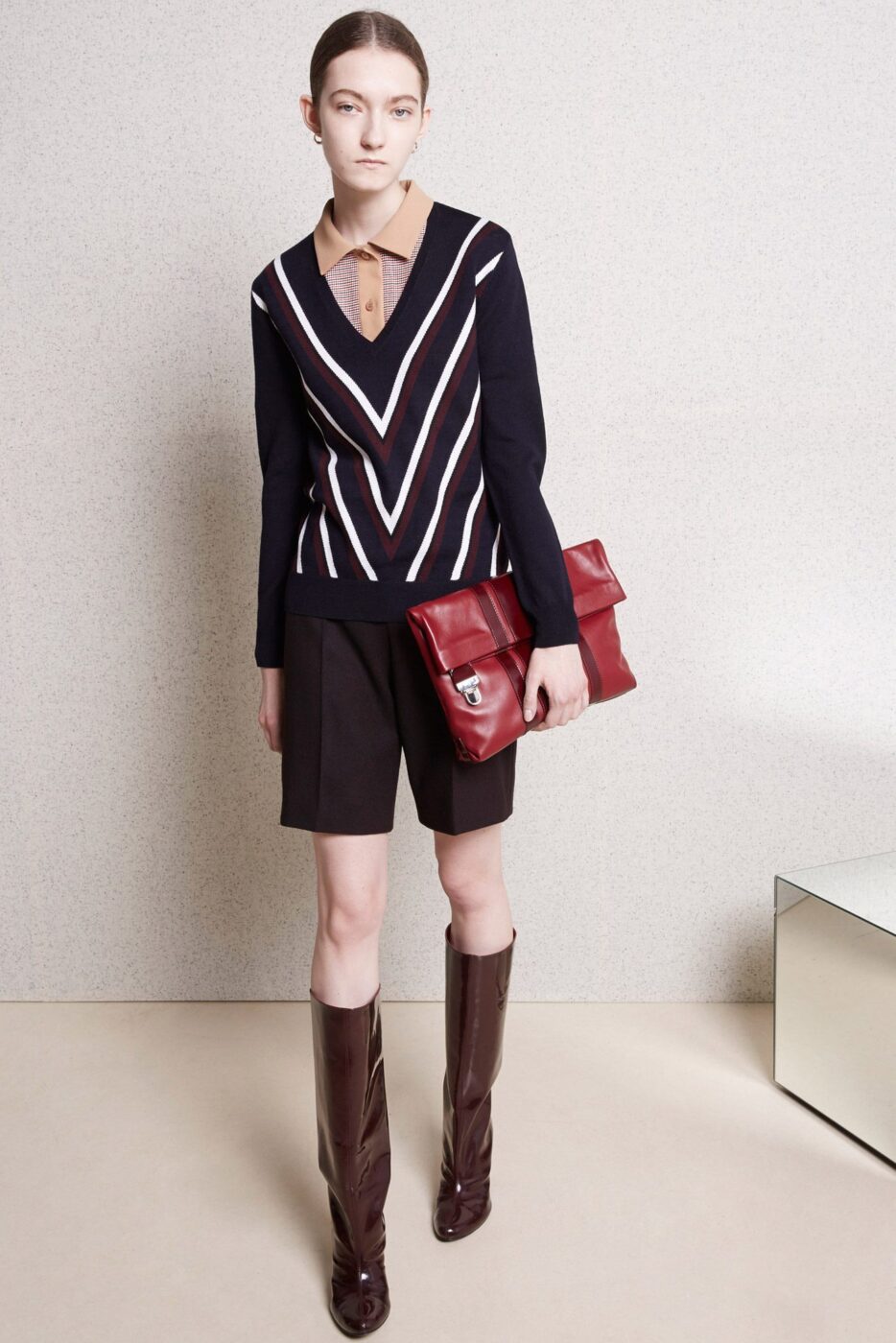 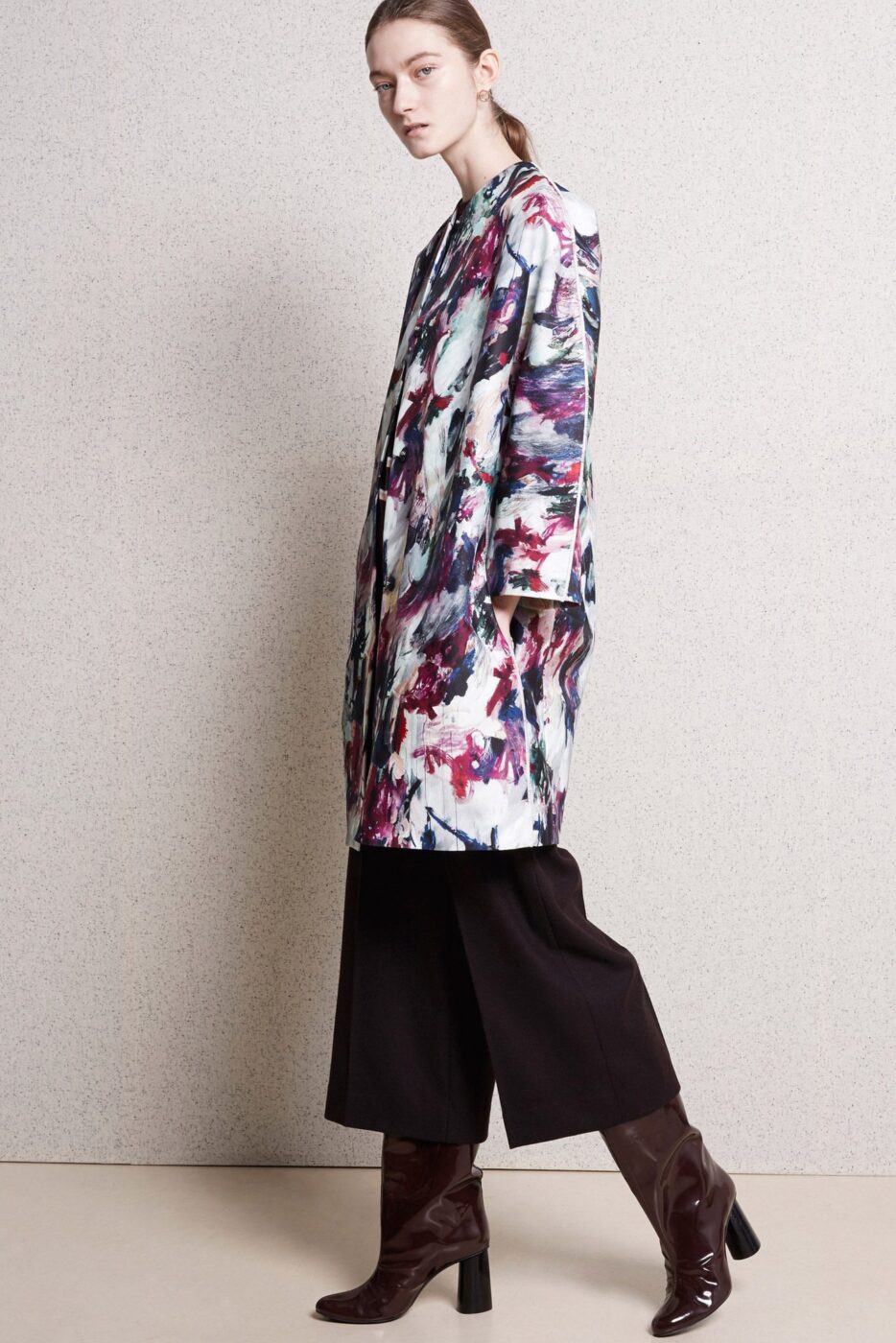 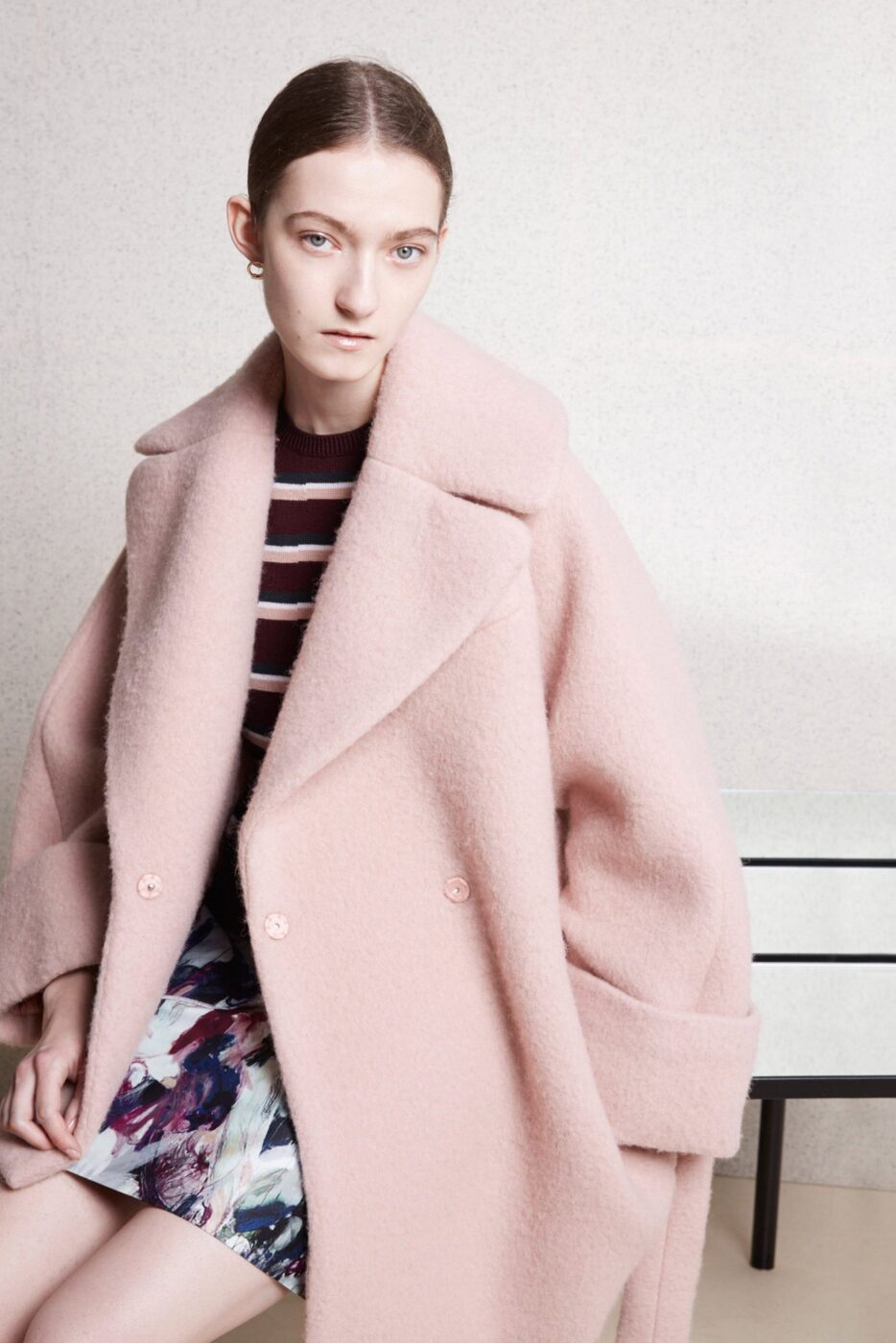 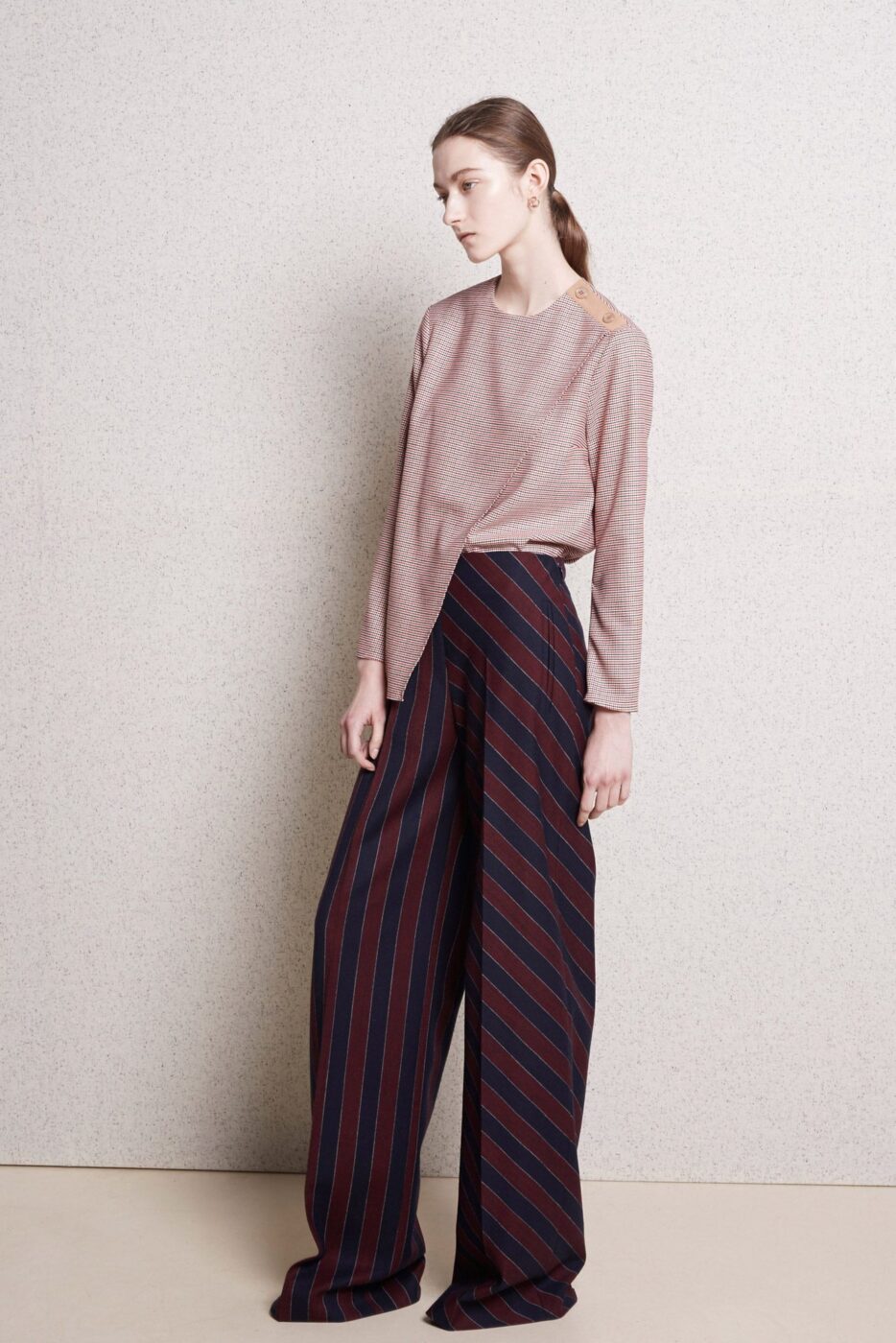 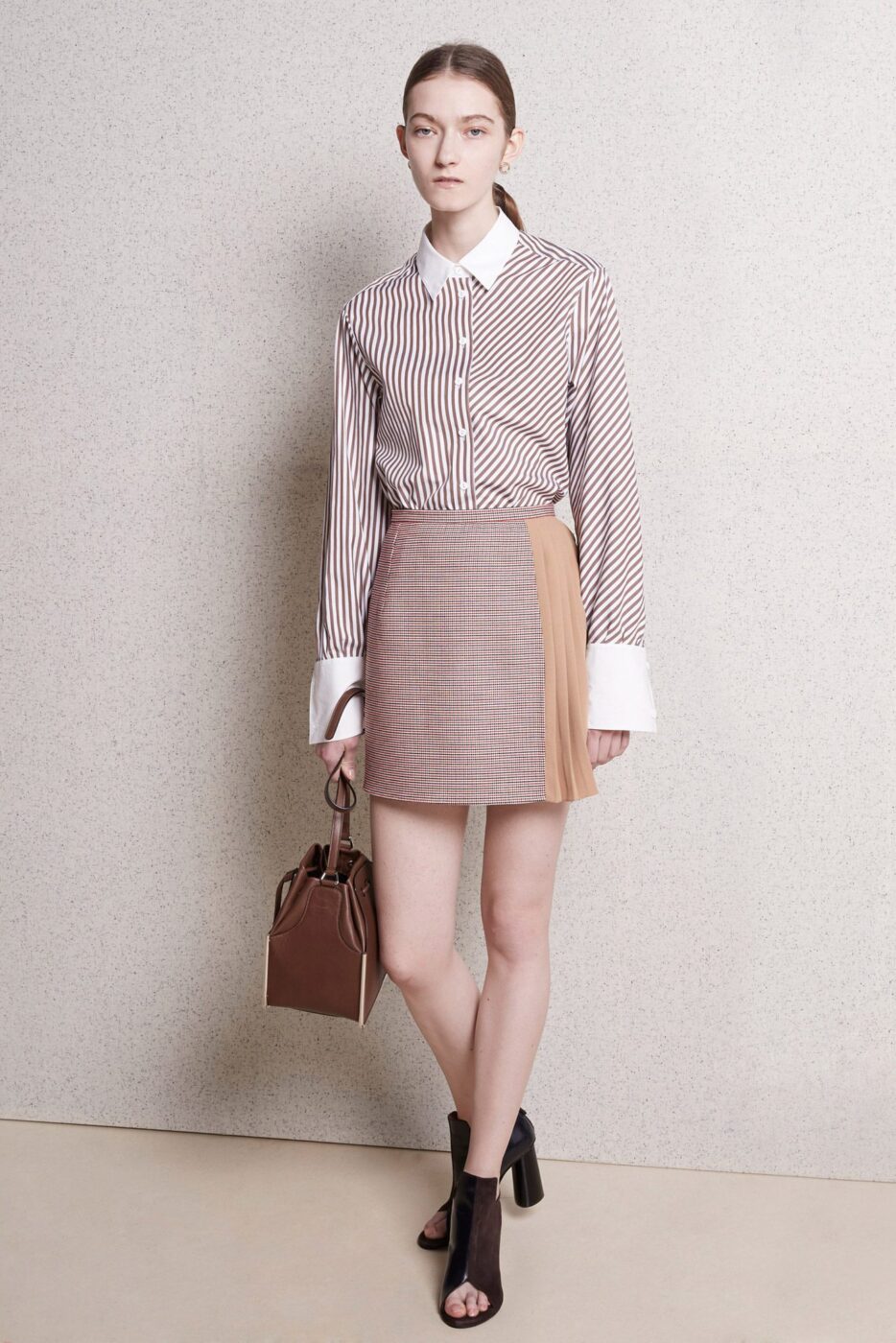 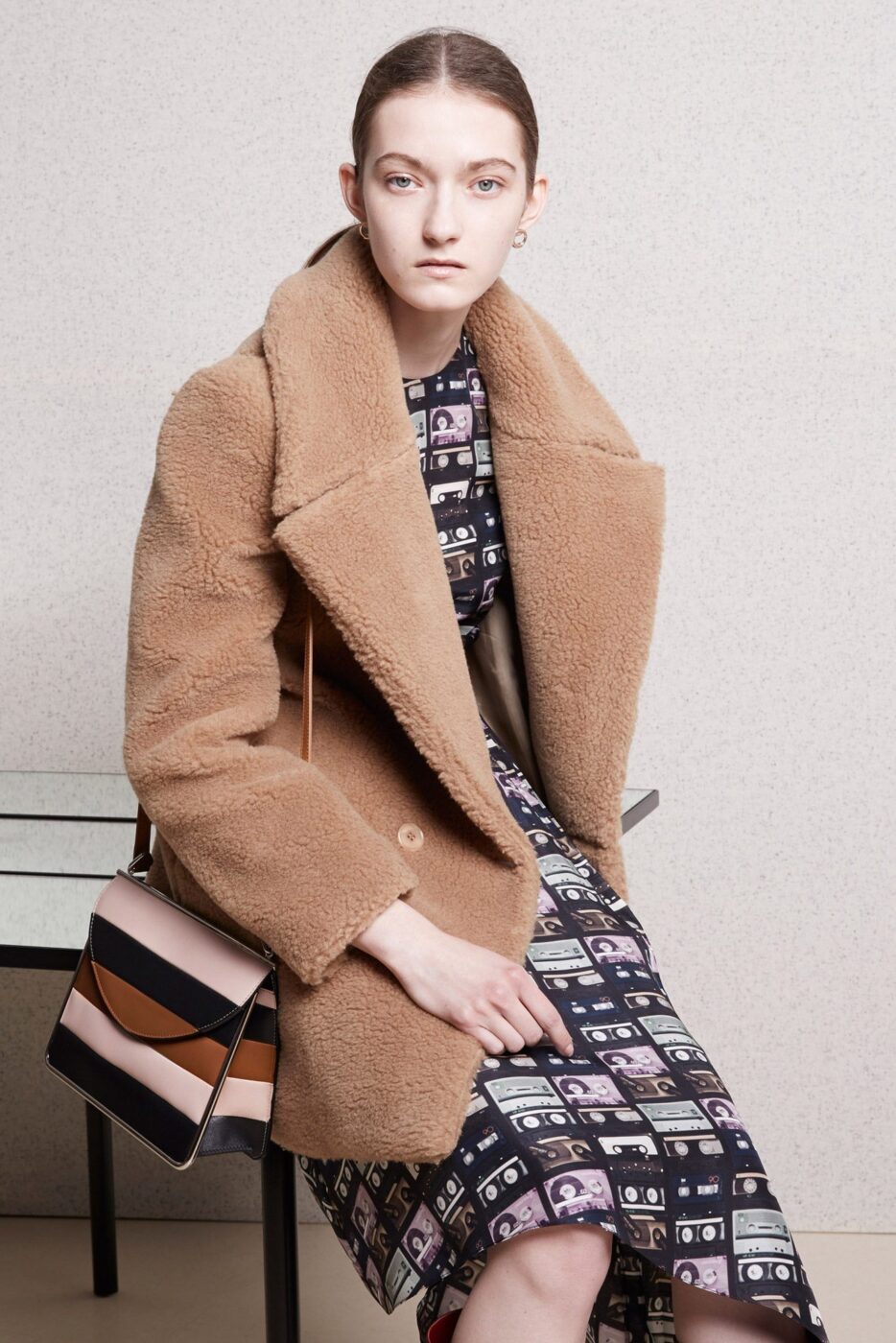 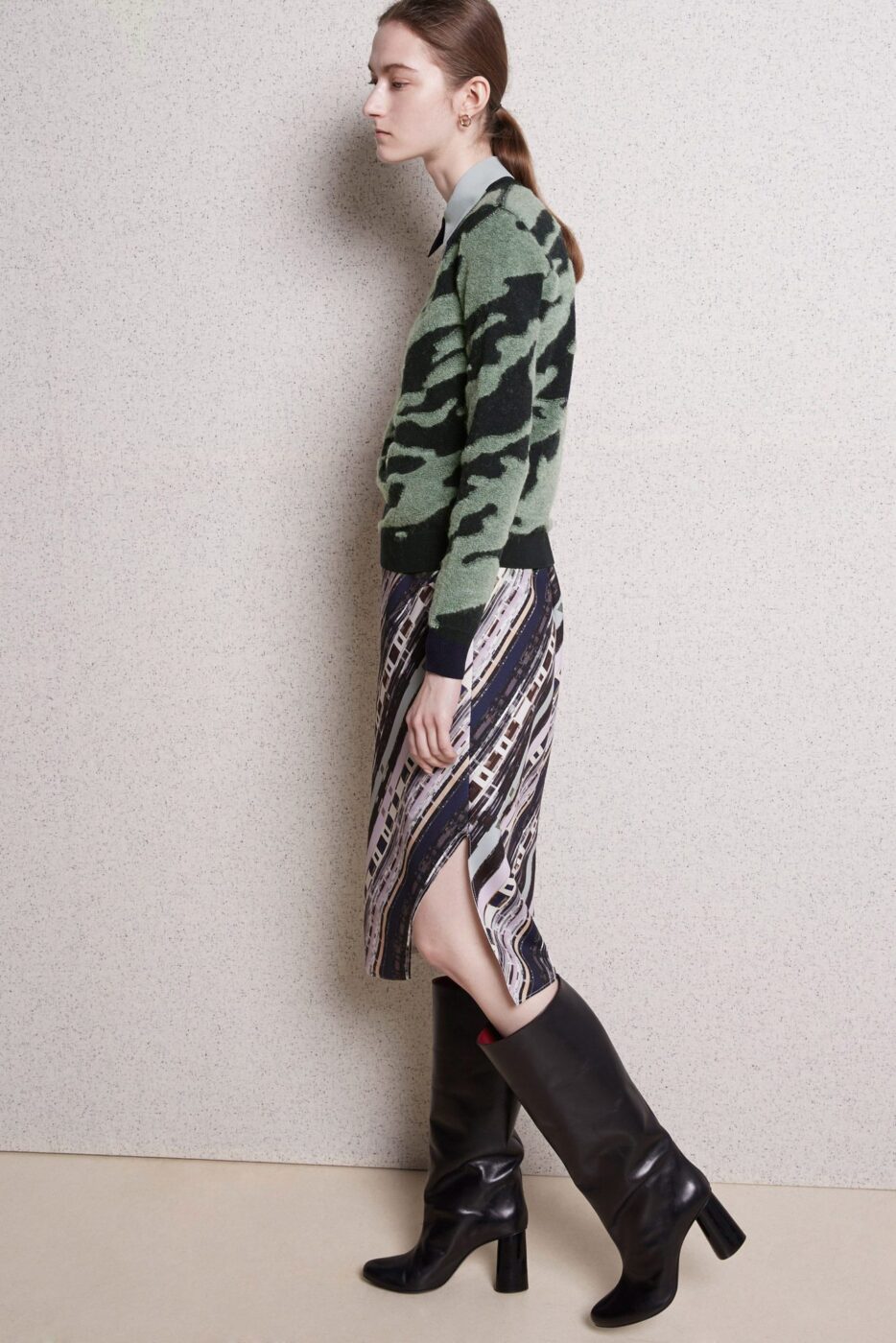 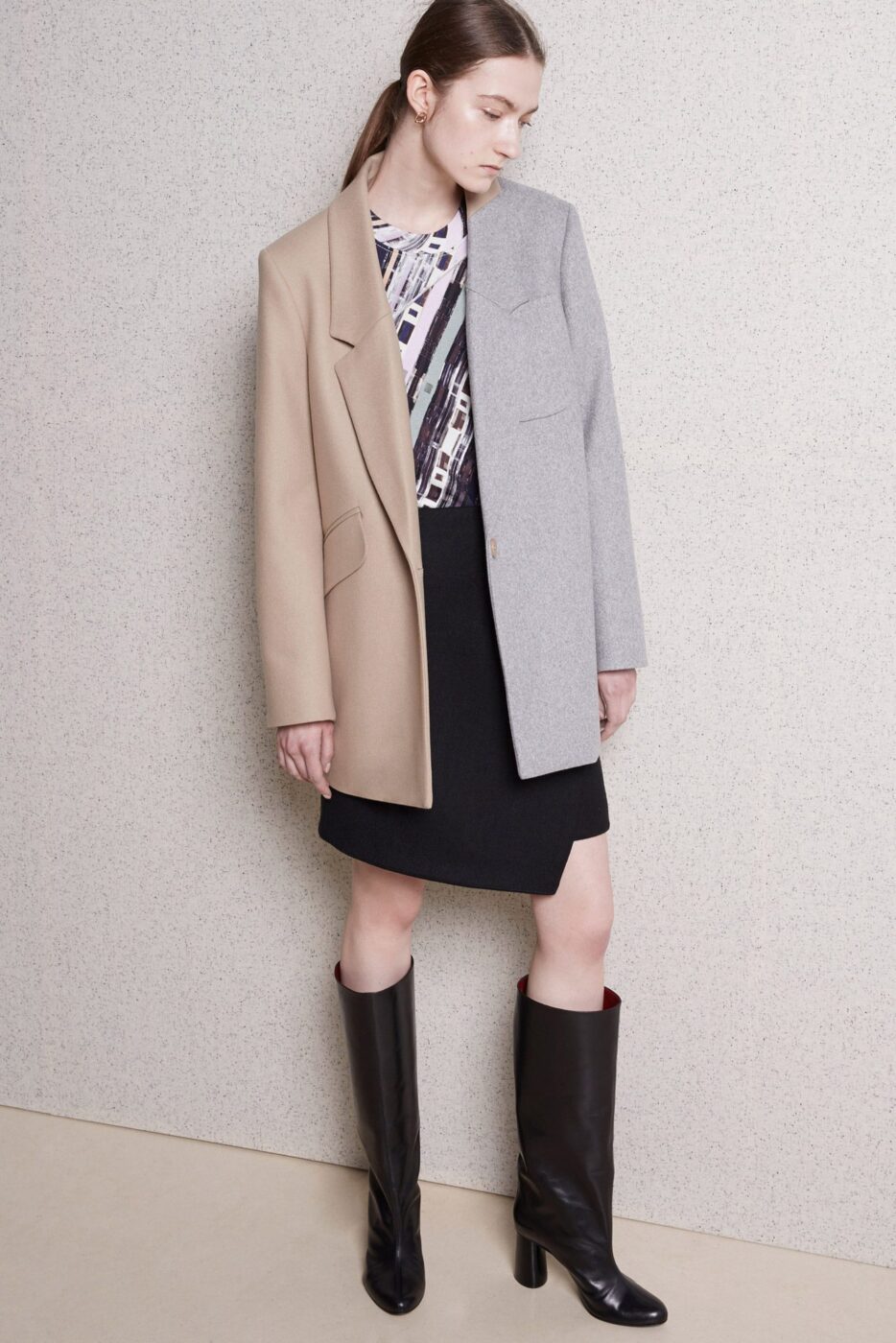 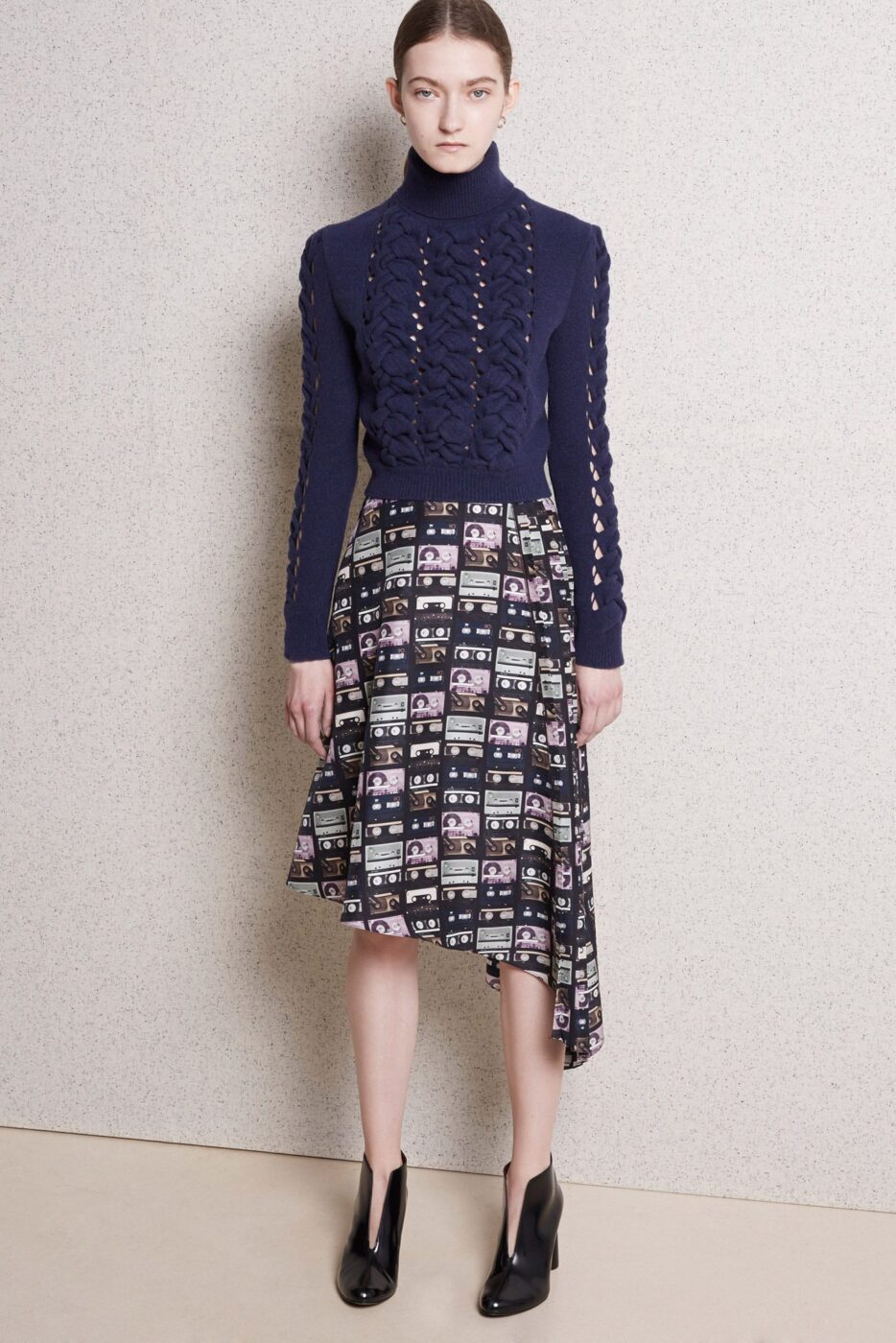 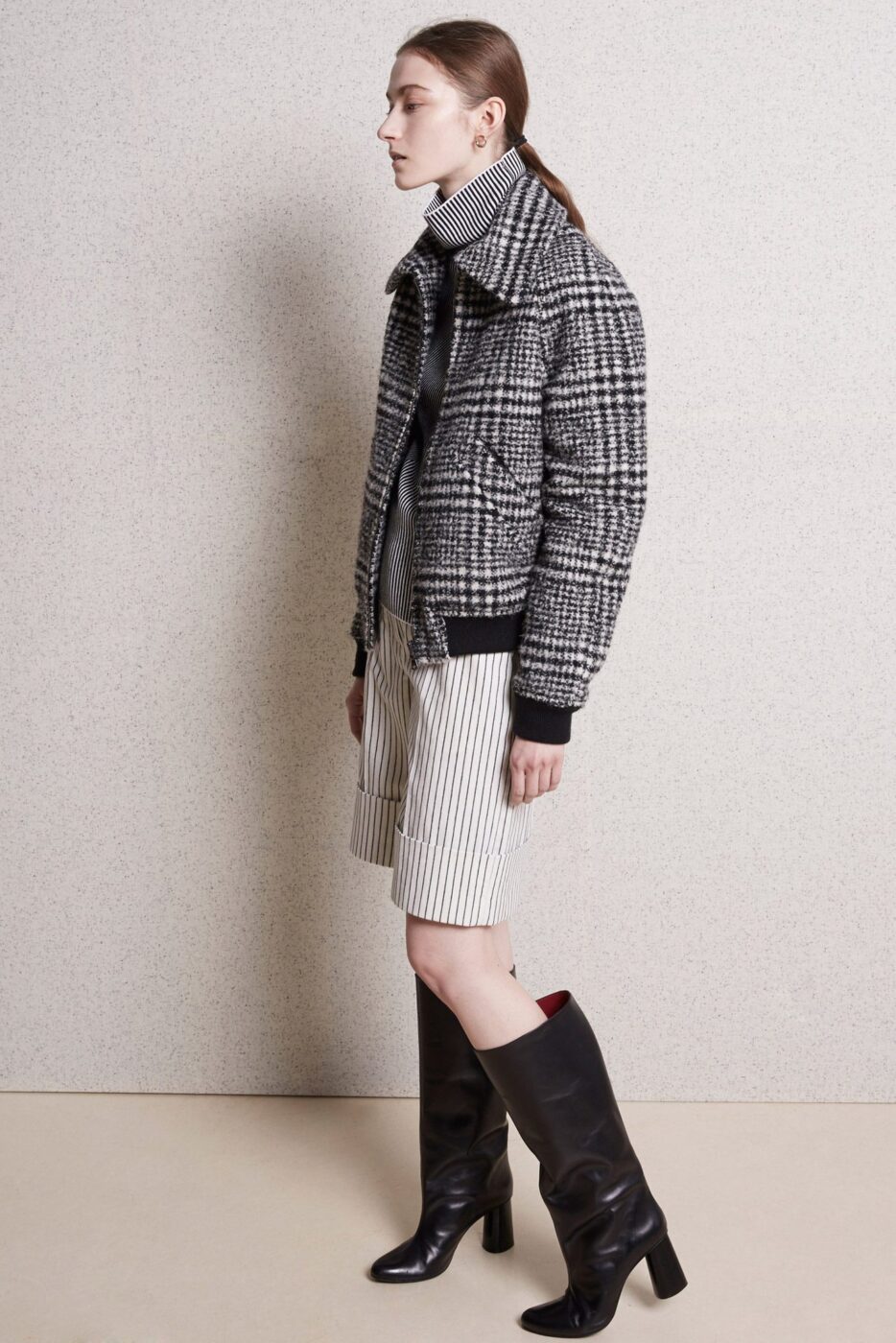 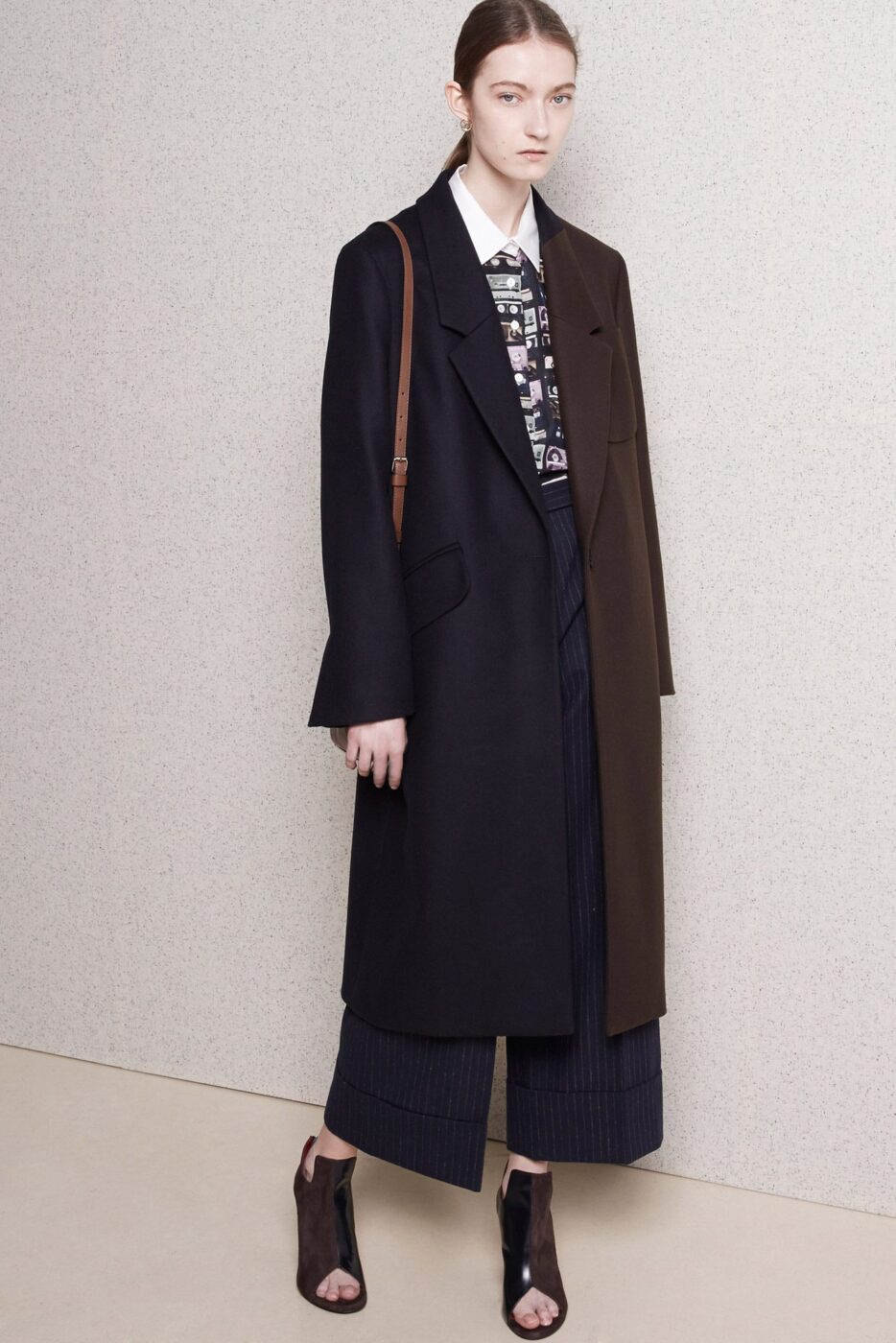 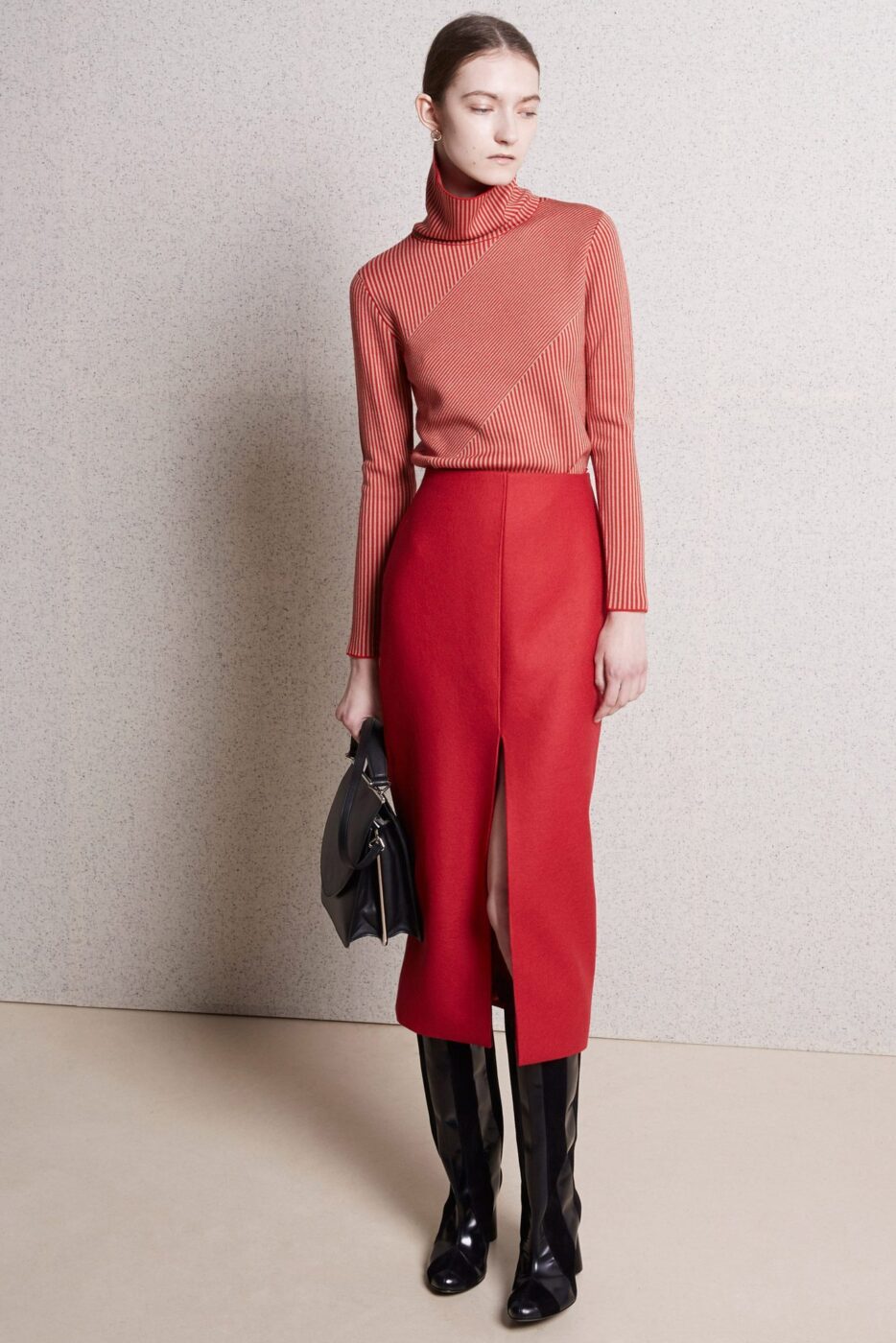 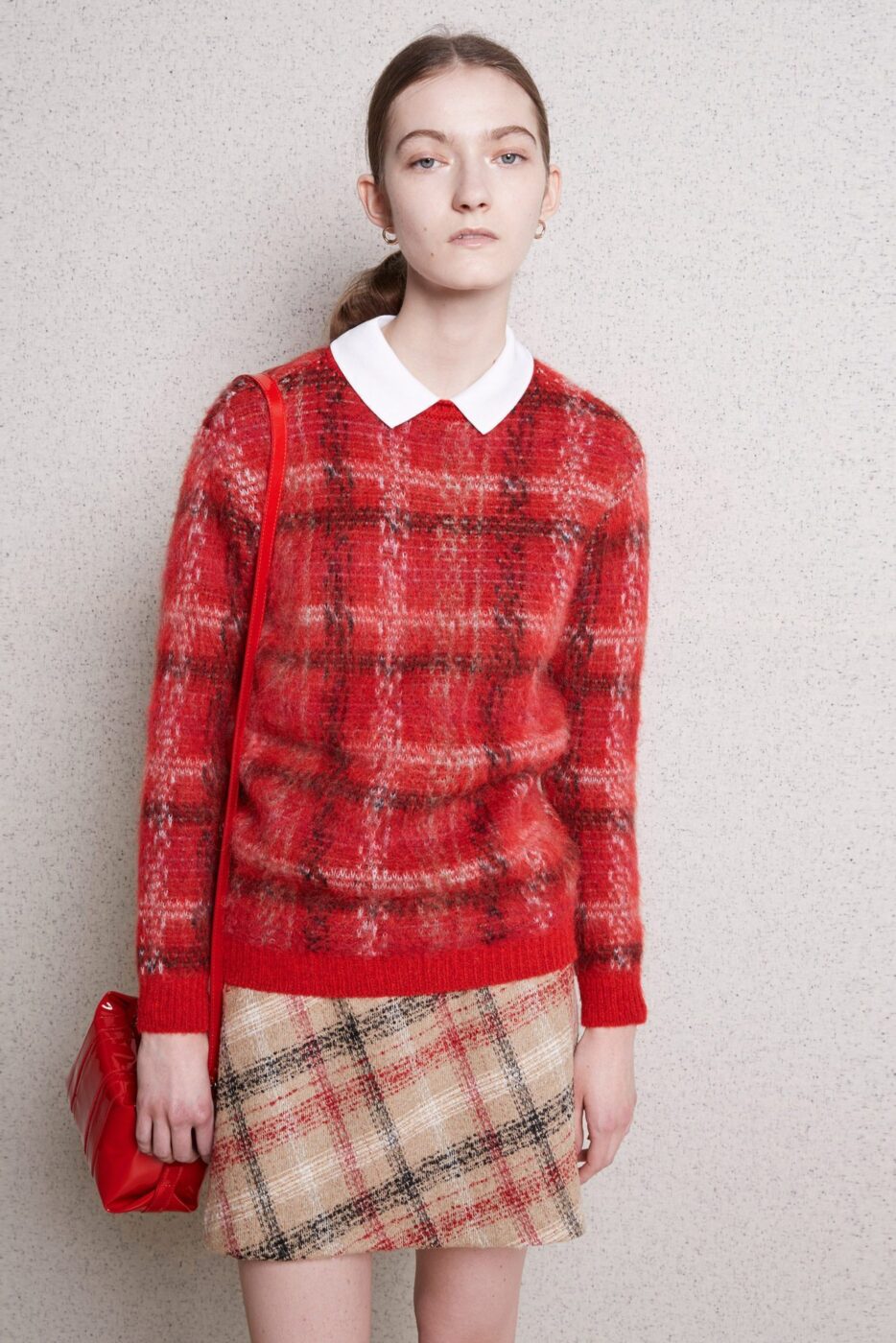 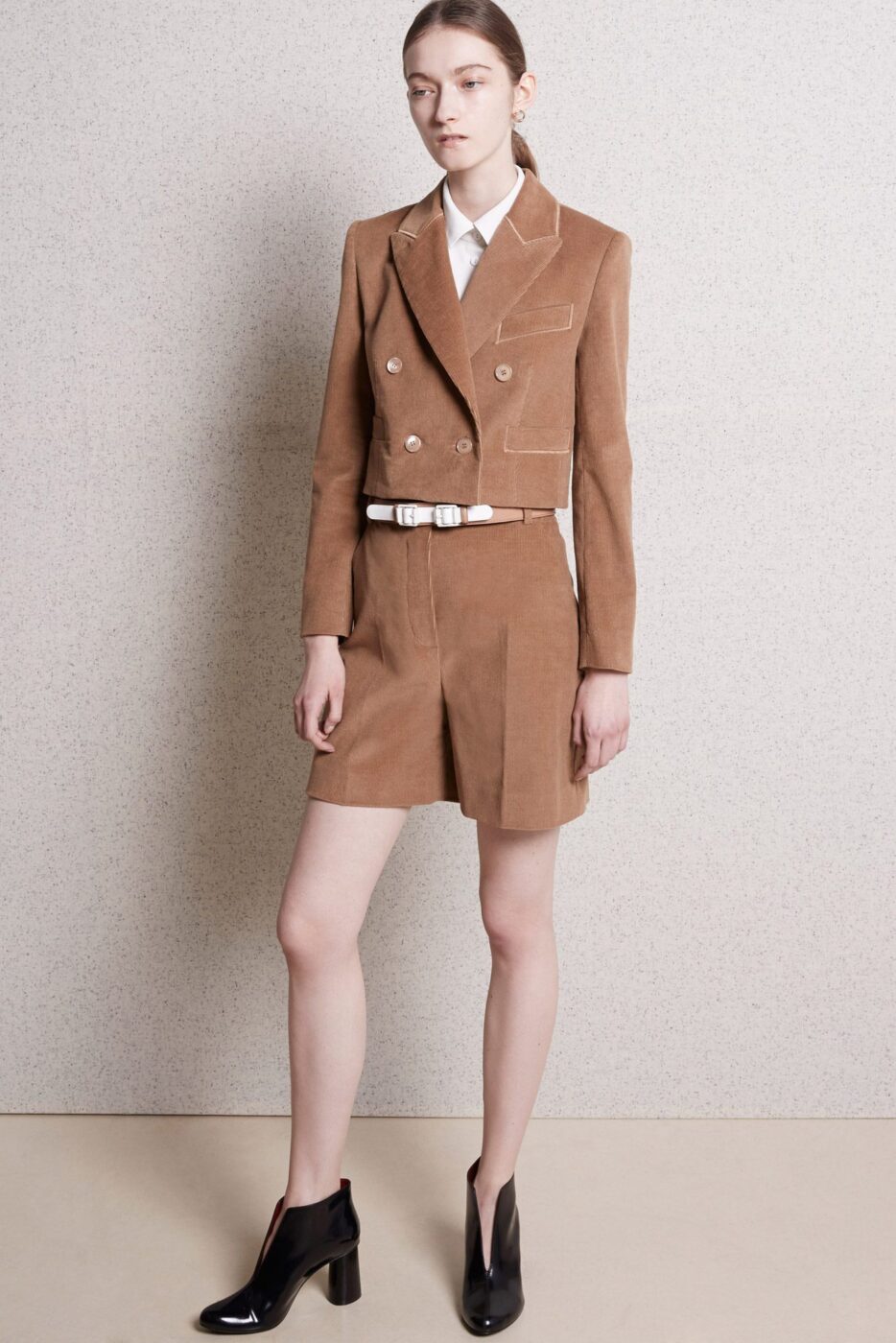 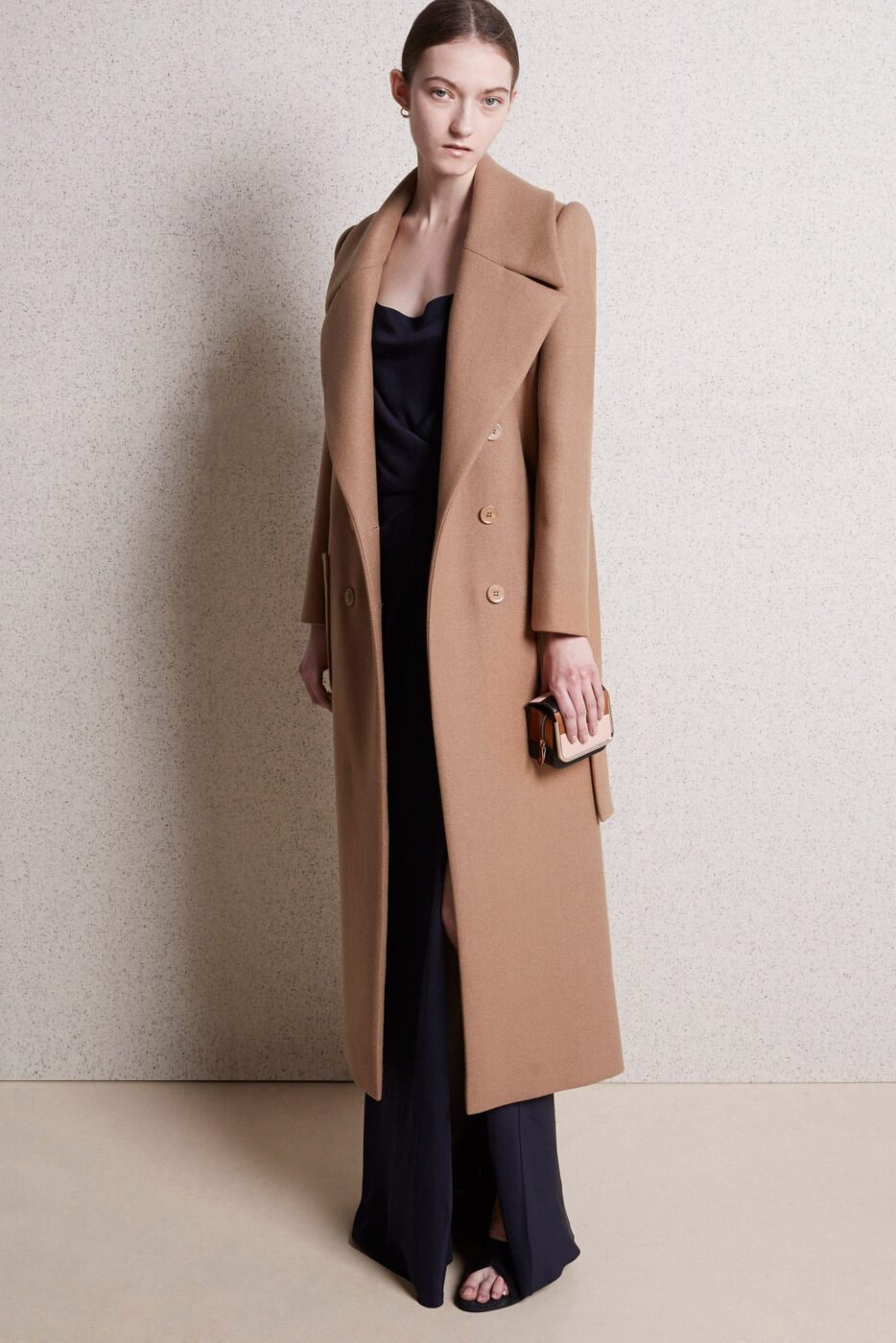