Nearly a decade after founding The Row, Ashley and Mary-Kate Olsen have opened the brand’s ...

Nearly a decade after founding The Row, Ashley and Mary-Kate Olsen have opened the brand’s first flagship — a 3,800 square-foot store at 8440 Melrose Place in Los Angeles.

For the designing duo, it was important that the store represent Los Angeles, says WWD. To that end, they worked with designers David Montalba and Courtney Applebaum and local furniture and antiques vendors such as JF Chen, Galerie Half, Blackman Cruz and Thomas Hayes Gallery to outfit the three distinct areas with items such as a Jean Prouvé dining table, a Fortuny floor lamp, Poul Kjaerholm coffee tables and Paul McCobb woven leather chairs, all of which are also for sale.

Brown and neutral wool and cashmere jackets and pants from Pre-Fall hang on movable racks in the west gallery, along with bags displayed on thin, double-layered matte steel shelves that appear to float on the back wall, and Sidney Garber jewelry in a dark wood vitrine. The space seems to invite shopping as well as lounging, with sunglasses and scarves arranged on the round dining table along with potted succulents and scented candles. Tucked behind the galleries are three dressing rooms featuring pink limestone walls, giant floating mirrors and springy carpeting.

In the hallway that crosses the courtyard on the way to the east gallery, two John Tweddle paintings hang above another vitrine containing antique jewelry, cutlery and desktop items culled from the sisters’ personal collections. “Over time we’ll start curating more and more pieces,” said Mary-Kate, who added a Sergej Jensen painting from her own house to the entryway.

The east gallery houses T-shirts and sweaters as well as a few items exclusive to the store, such as a black coat from the fall 2013 collection featuring beading in a palm tree motif, and fine-gauge cashmere scarves. The sisters also plan to showcase capsule collections in the store, the first of which arrives in two weeks. “We have all 170 pieces in our collection represented here. A lot of stores obviously don’t buy the whole collection, maybe 20 percent, so this is really the place where we can present it like a showroom,” said Mary-Kate.

A store could also be in the offing for their contemporary brand Elizabeth and James, according to Mary-Kate. “We’ll obviously wait to see the reaction of this store and how it enhances the brand, but the environment is very important,” she said. 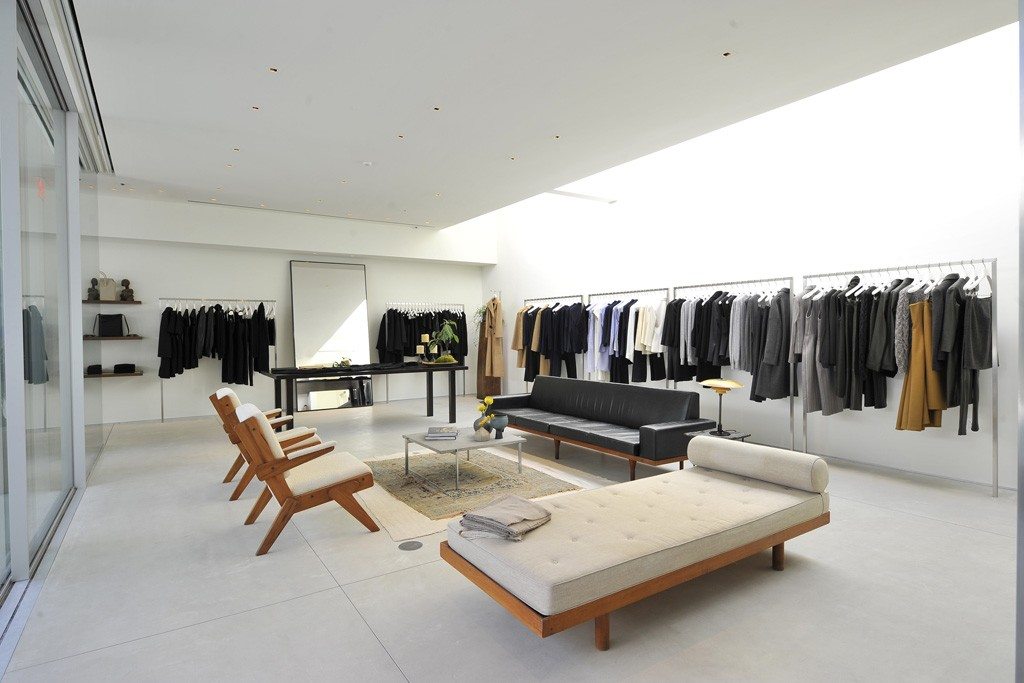 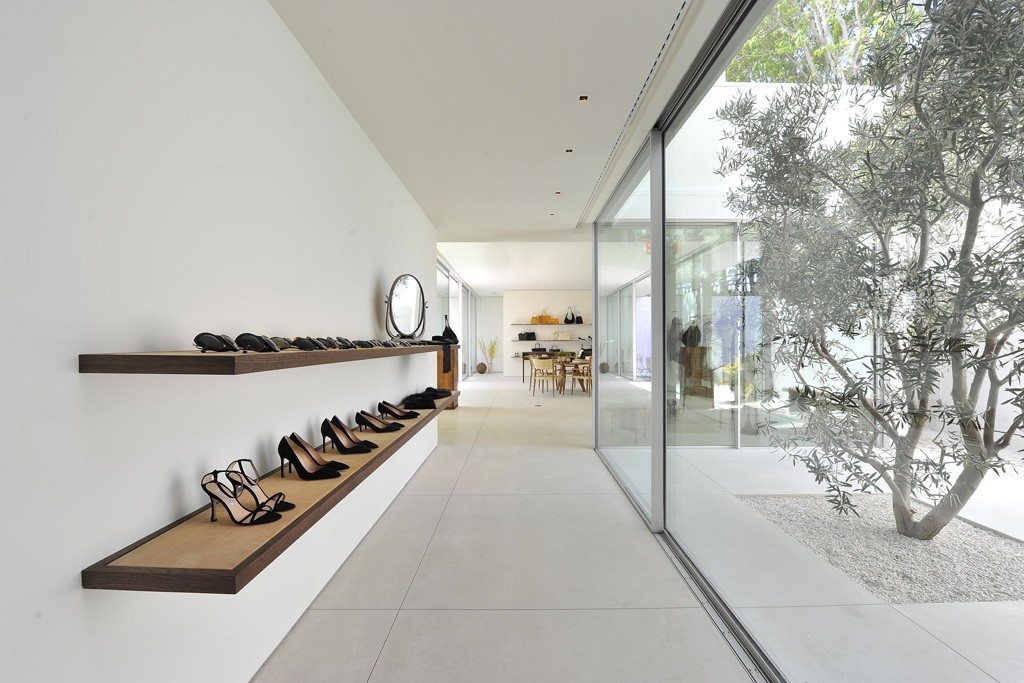 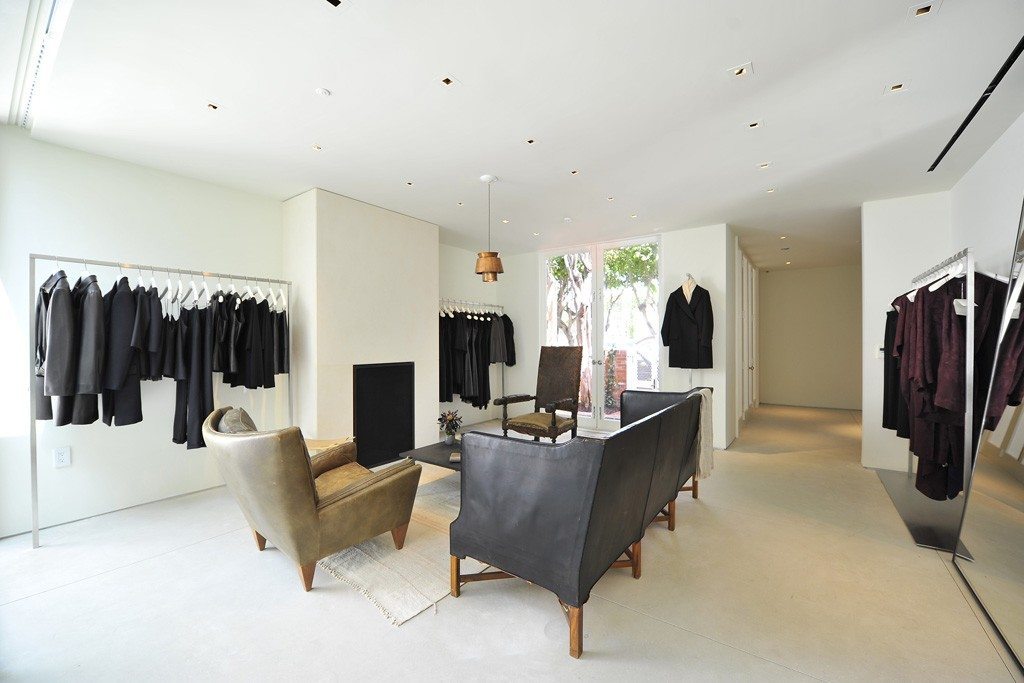 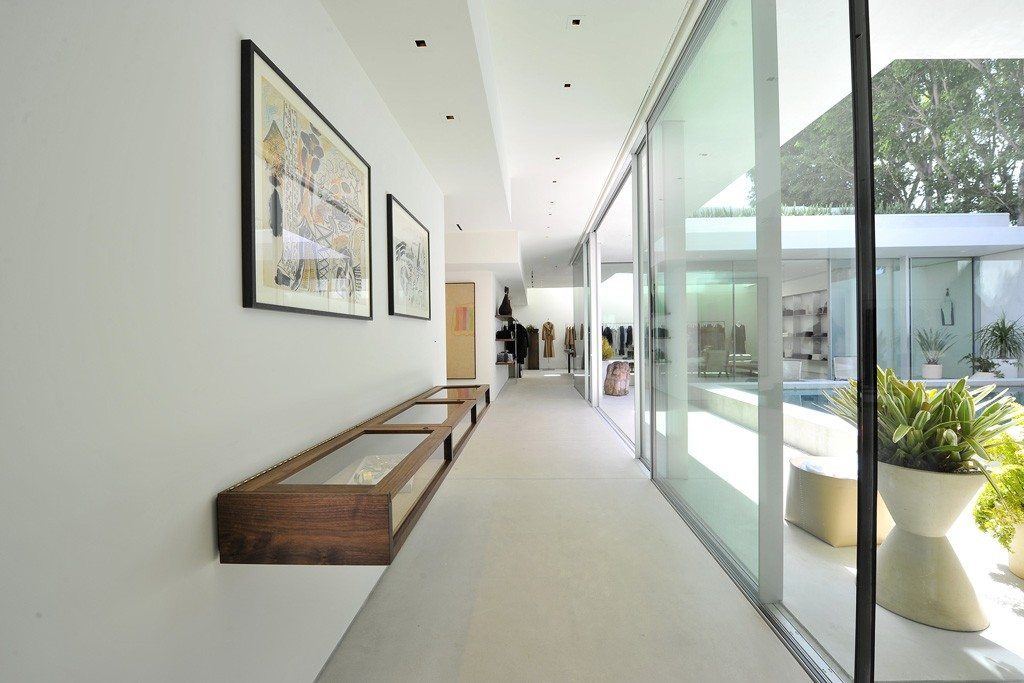 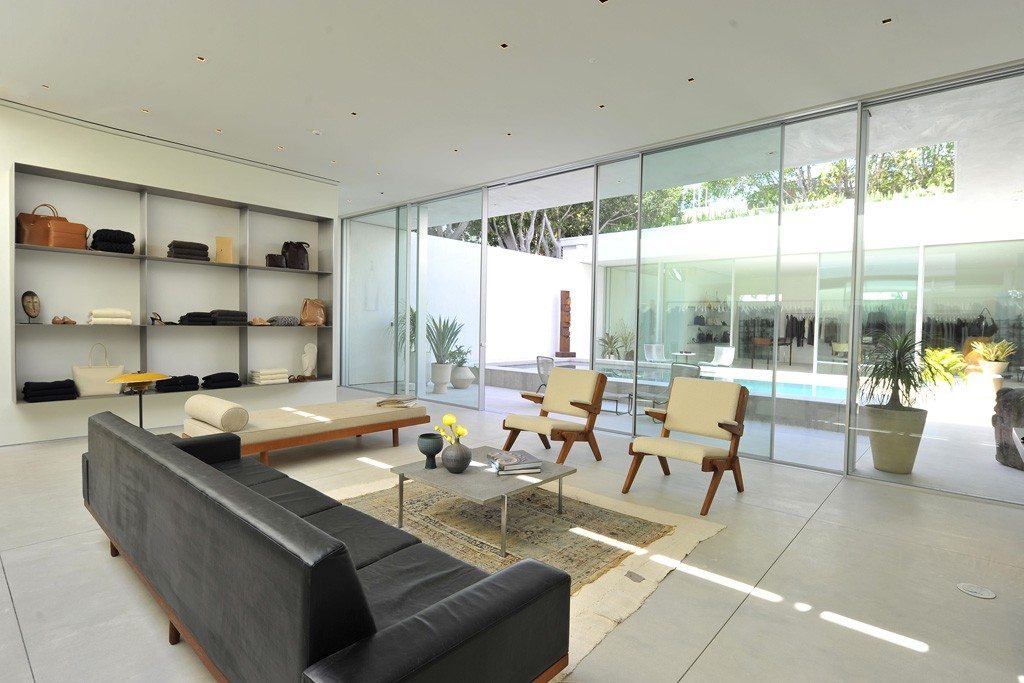 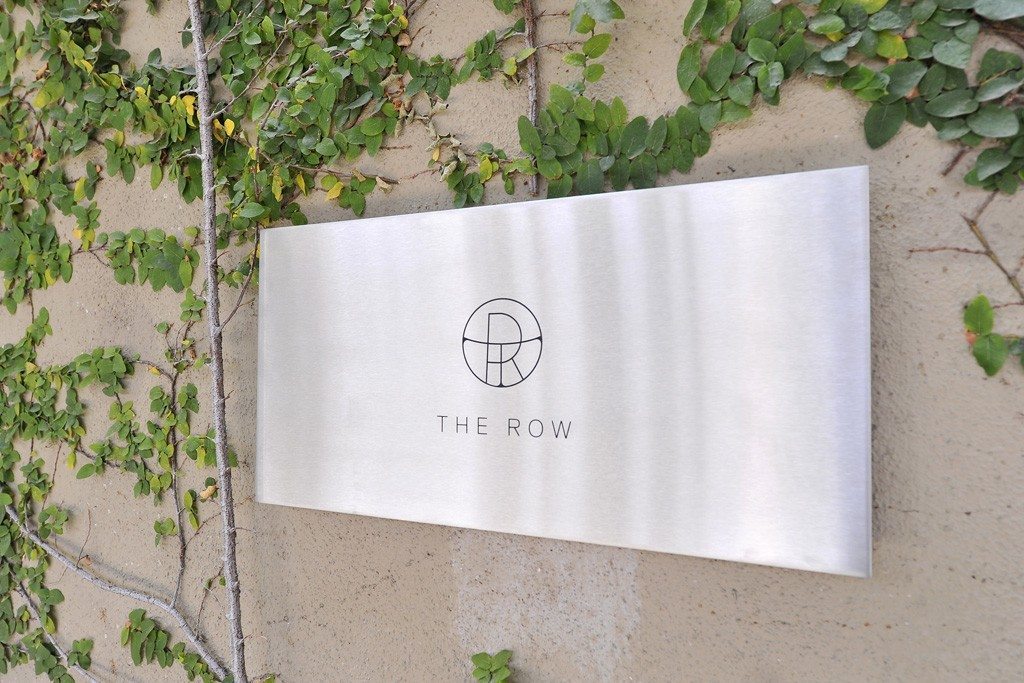