Gucci celebrates the year of the pig with a dedicated collection of special items featuring different pig motifs embellishing the collection, either with one protagonist designed by Gucci or with the Walt Disney cartoon characters that first appeared in the animated United Artists short film ‘Three Little Pigs’, produced in 1933.

The animals adorn a wide selection of pieces that have been developed for the collection, from women’s and men’s ready-to-wear, to luggage, small leather goods, shoes and accessories.

Additionally, the original Disney poster has been printed on a white cotton t-shirt and woven on a sweater.

To complete the offer, an exclusive eyewear style has also been created, reinterpreting one of the House’s hexagonal shapes in a red shade.

Finally, in a play on the saying that “pigs might fly”, there are three fashion jewellery pieces featuring a pig with wings in coloured resin and metal with an aged gold finish. Two are brooches and one is a cuff bracelet enriched with crystals.

From January, the 35-item collection will be promoted across Gucci’s digital channels and in selected Gucci stores worldwide. Furthermore, from 7th January an exclusive pouch will be launched in China, Hong Kong and Macau, on Gucci.com only. All items come with dedicated Chinese New Year packaging.

Store windows will also highlight the collection in select stores in Asia: red matelassé upholstery featuring the pig motifs will entirely cover the walls and floors, as well as the boxes displaying the products.

Shop the interactive lookbook as you hover over the items of interest and review the details to purchase online. 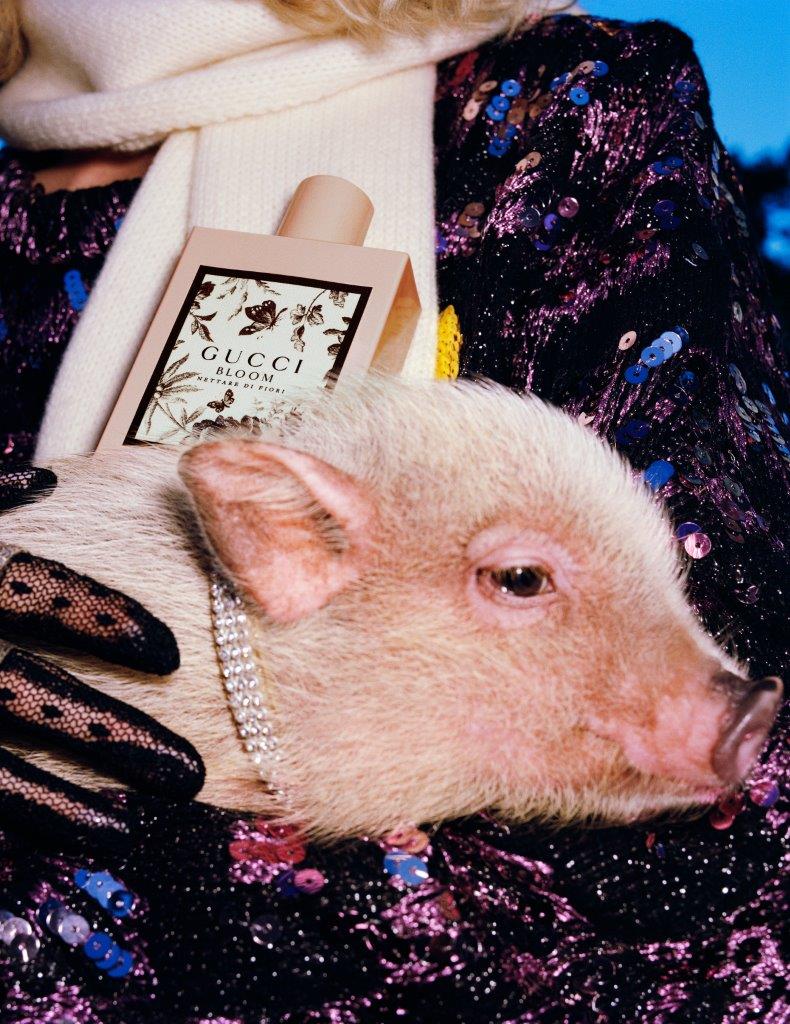 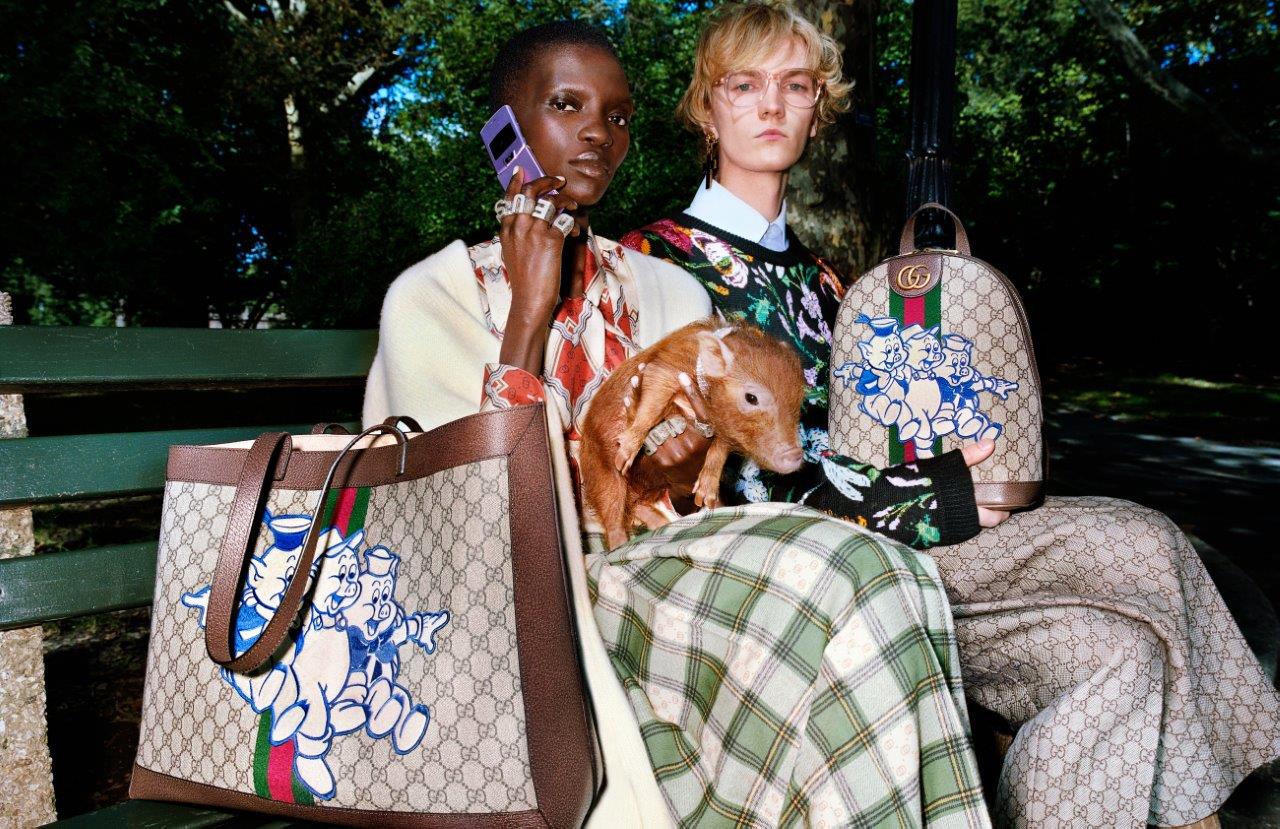 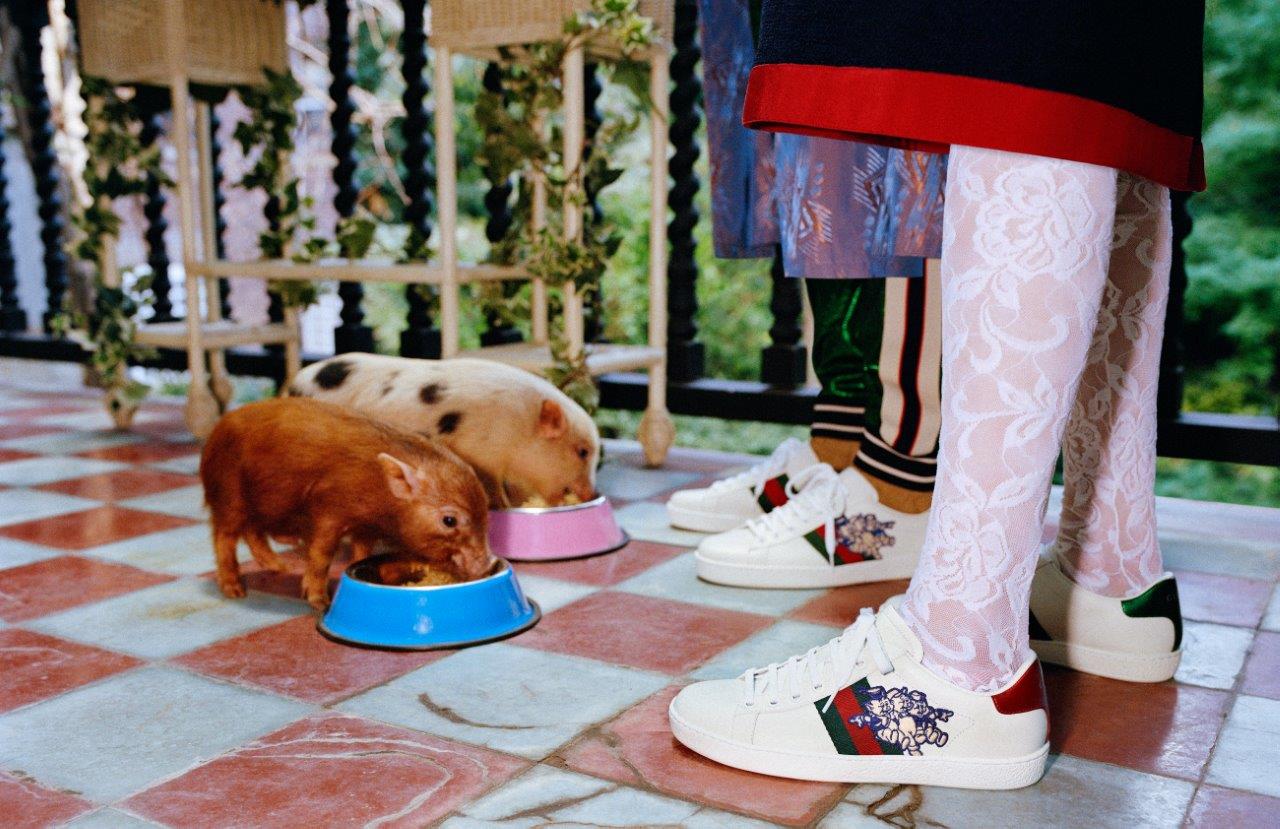 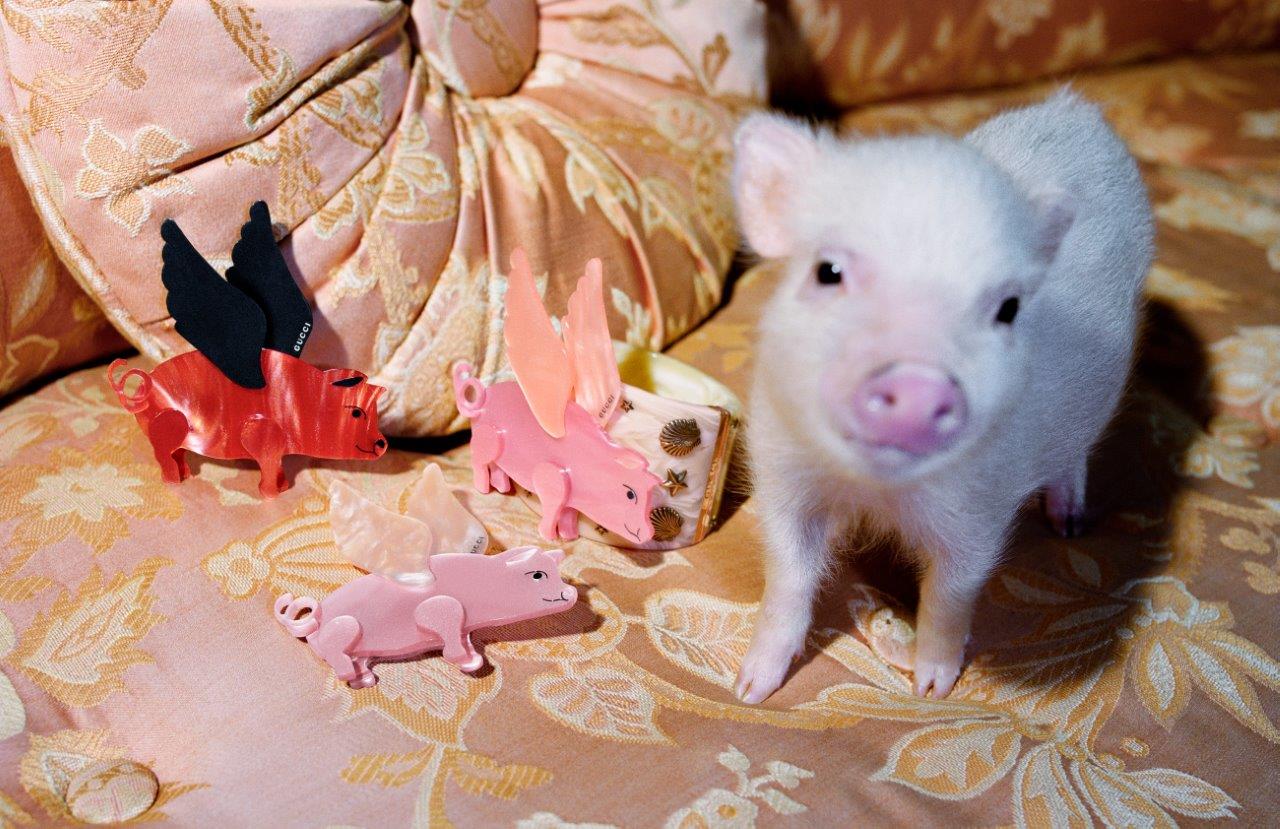 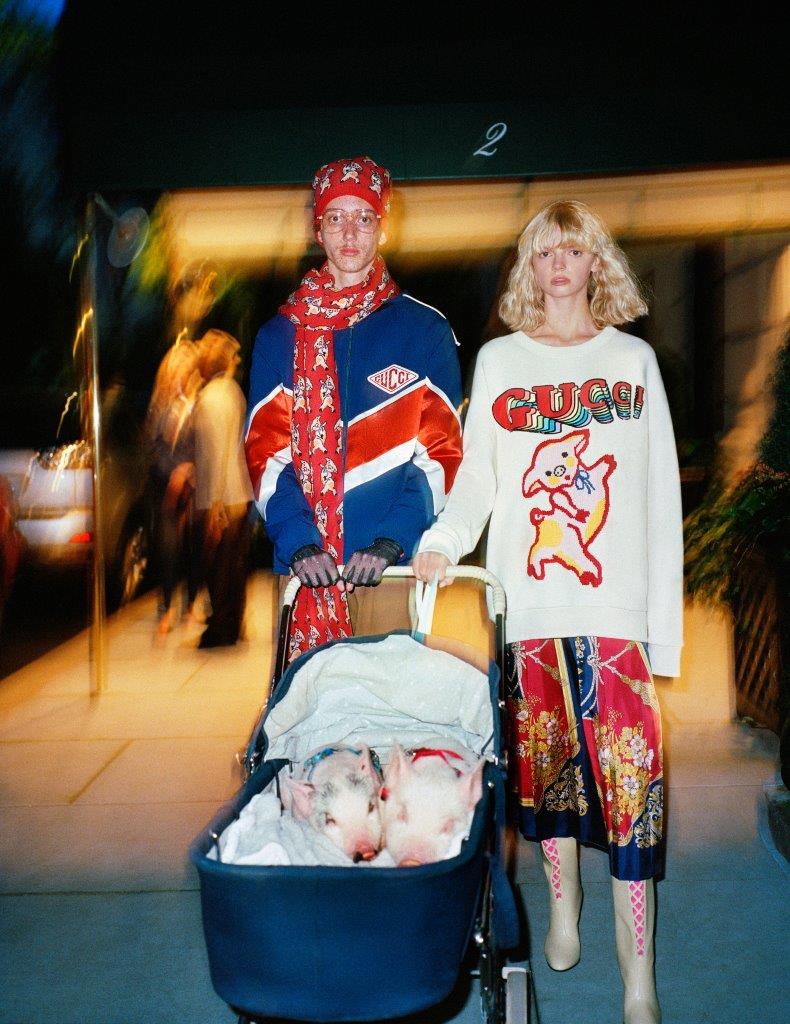 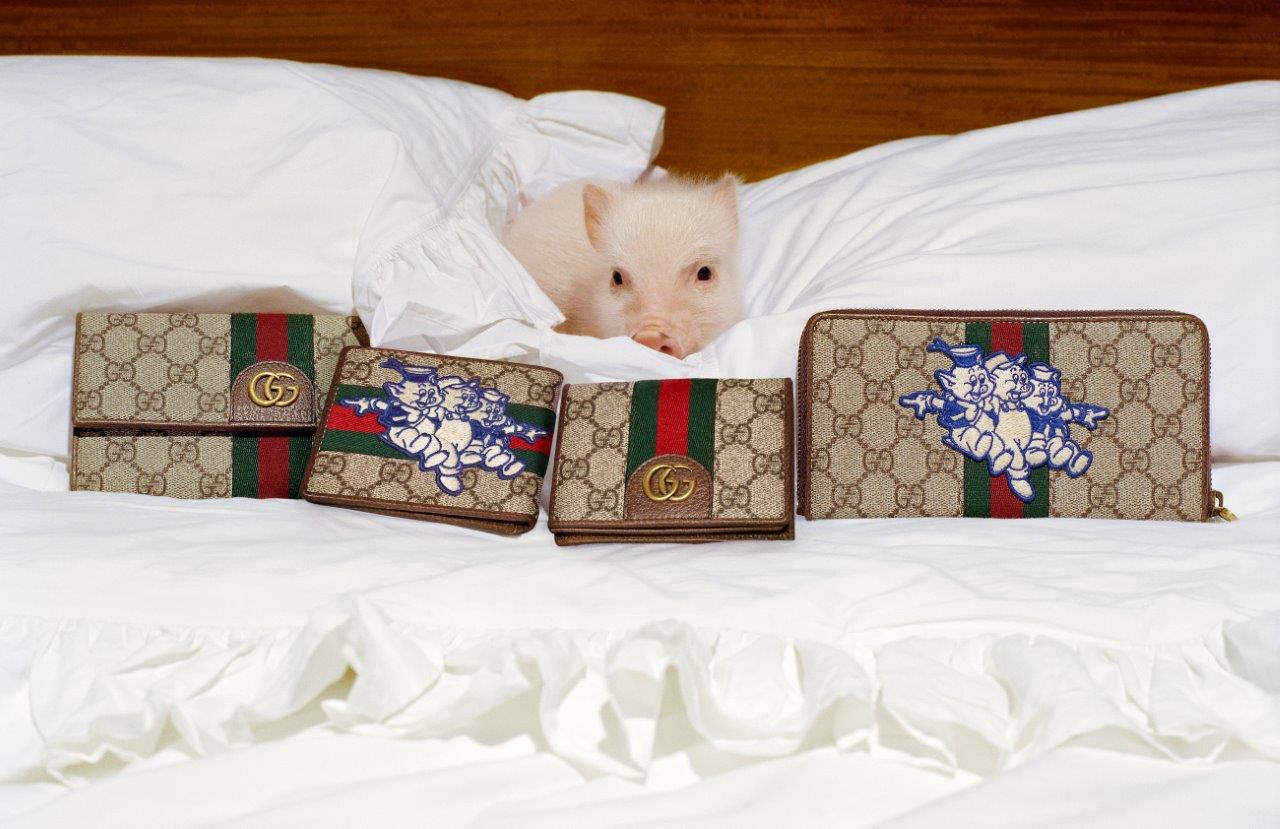 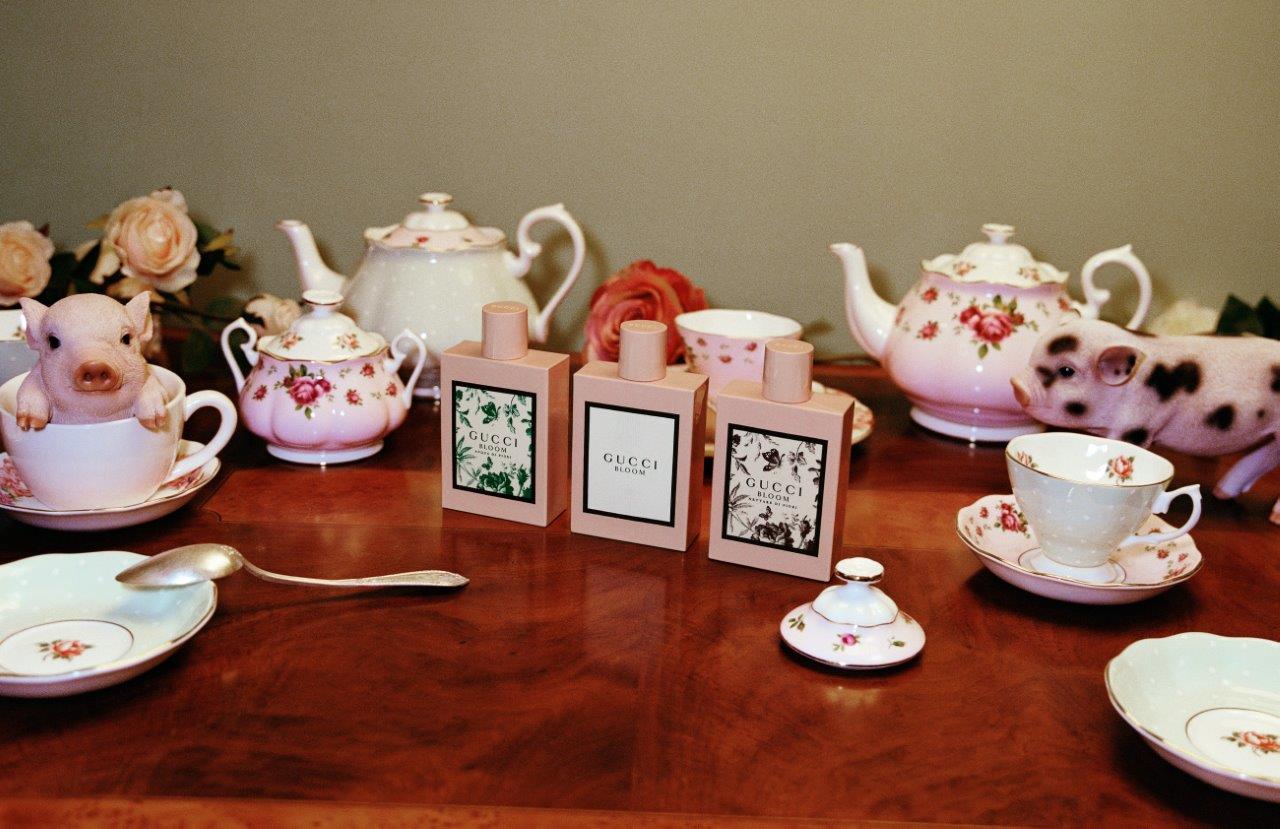 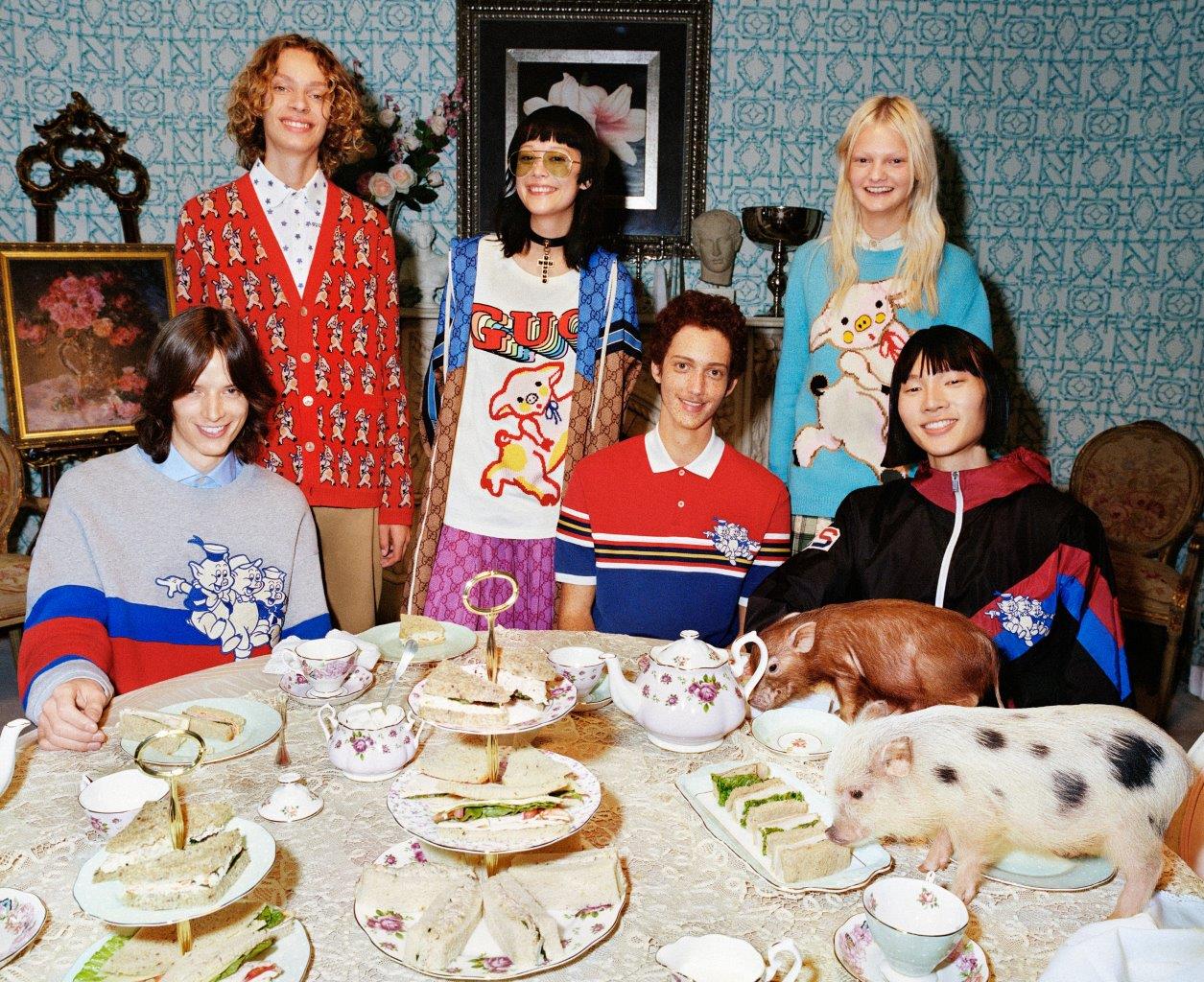 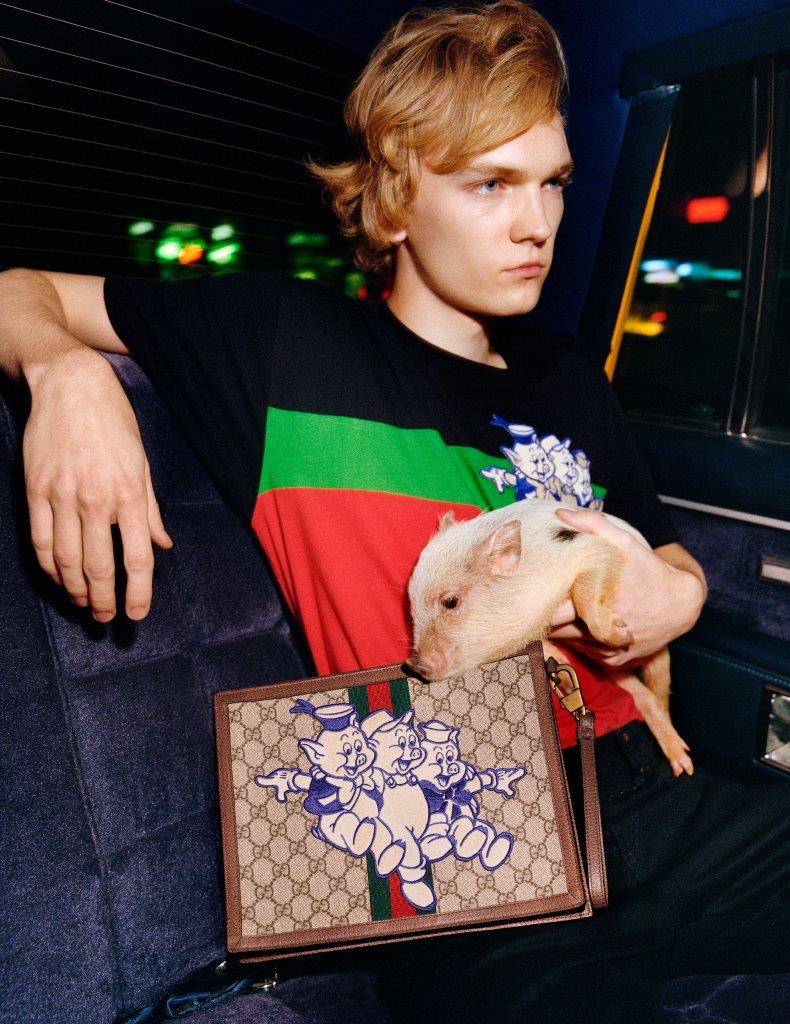 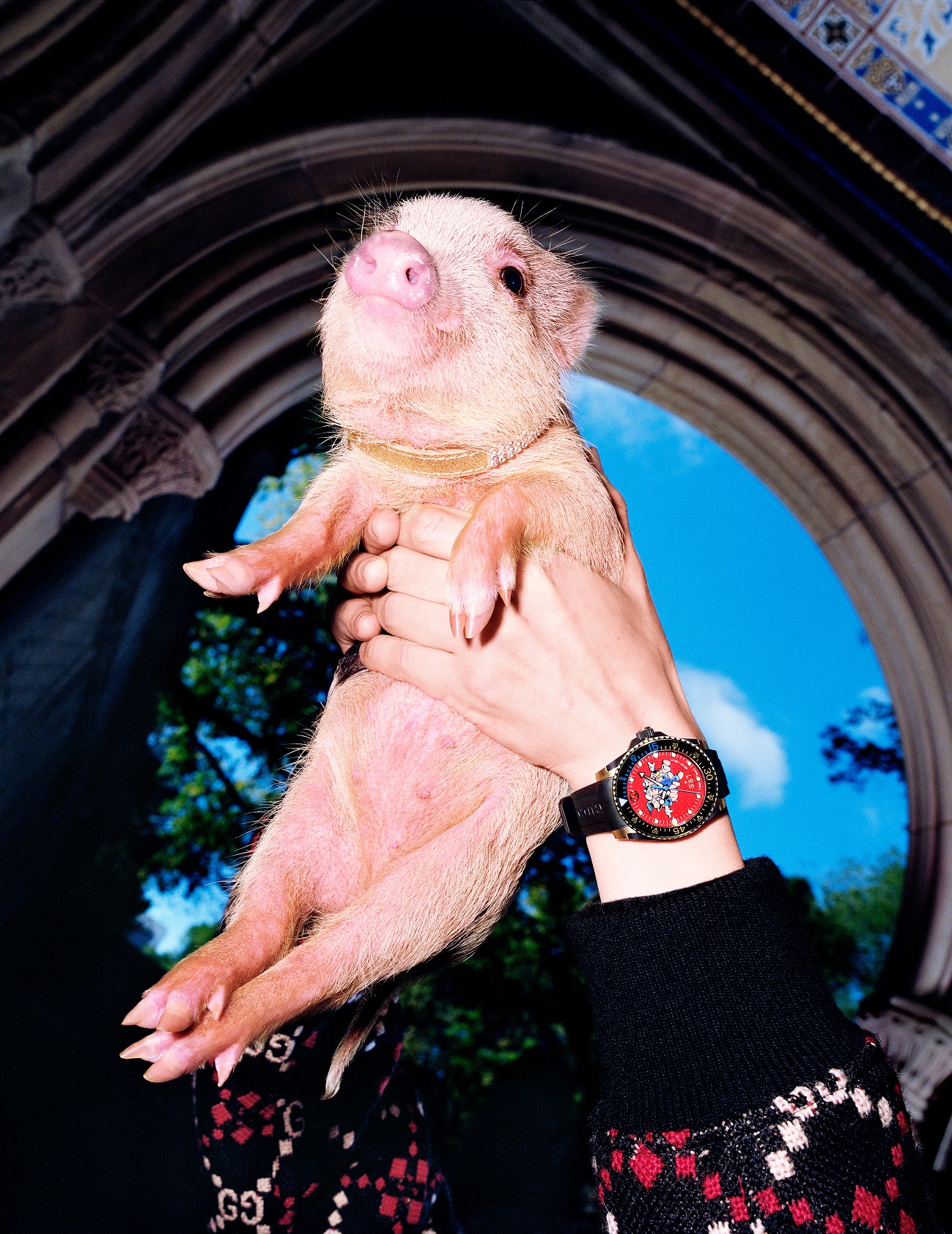