Shot against the backdrop of Maison La Roche, the Givenchy Pre-Fall collection is the epitome of styled creativity.

For the Pre-Fall Givenchy collections, Clare Waight Keller chose the myth of Icarus as her overarching message and included various allusions to deities, minotaurs, the sky, and the sea. “Mythology always seems to capture people’s imagination. There’s a dreamlike element, but it’s also grounded in something pertinent,” she explained. The images were shot against the backdrop of Maison La Roche, one of Le Corbusier’s marvelous Paris landmarks.

Many of the jackets and coats have been tailored like modernist architecture: engineered without excess. The subtle checked patchwork of a faux fur coat; the gradient tint of a leather skirt; and the silkiness of a vinyl trench do not go unnoticed. Waight Keller’s continued restoration of Givenchy’s aristocratic leanings, through relatively casual knit dresses and cargo pants, or through dressier poufs of plumetis and elongated suiting comes through. Draped leather boots and the new Mystic bag with its half-concealed hardware suggest more discreet status symbols.

The theme of the Pre-Fall collection was seen conjured up vividly in the menswear with hand-drawn illustrations and embroidery that Waight Keller said were inspired by Picasso’s own exploration of mythology. With the womenswear, Icarus was harder to detect. Sure, the ostrich-feathered tunic and the wing-like protrusions of a yellow minidress might have nodded to our fallen hero, but first and foremost, they were chic.

“We’re searching and trying to find reasons for things,” she said. “And these myths and stories bring sense and meaning to things going on in our lives.” 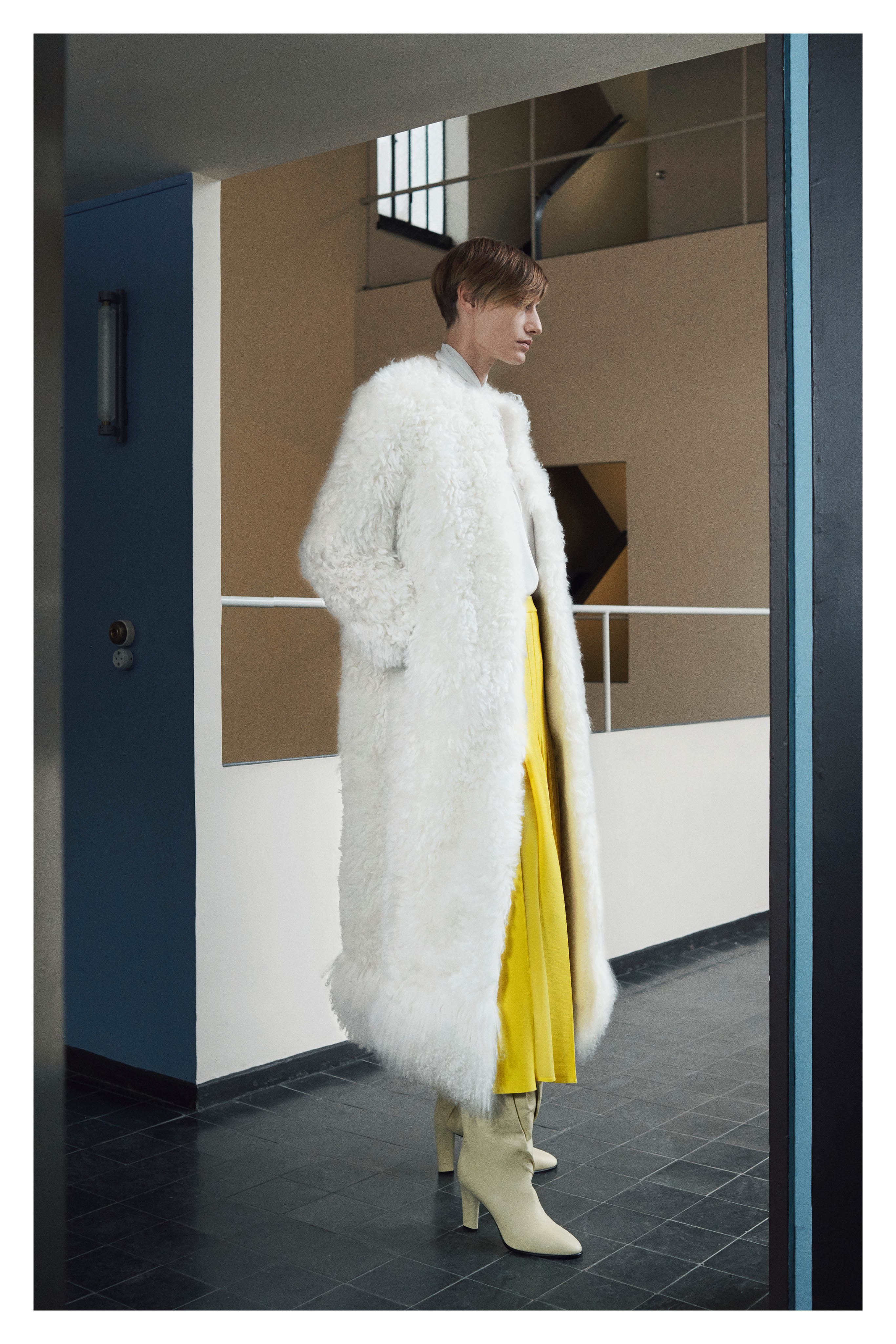 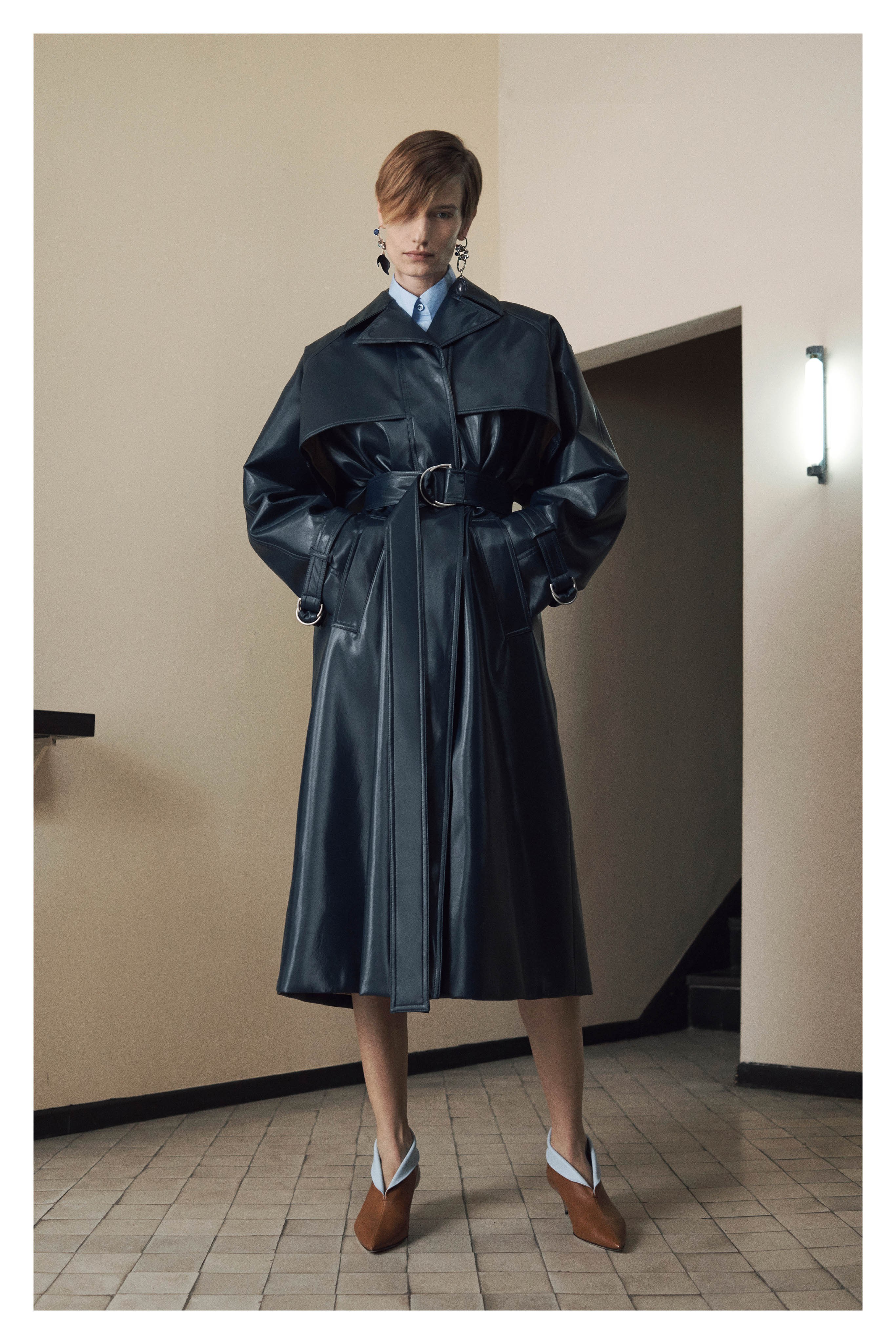 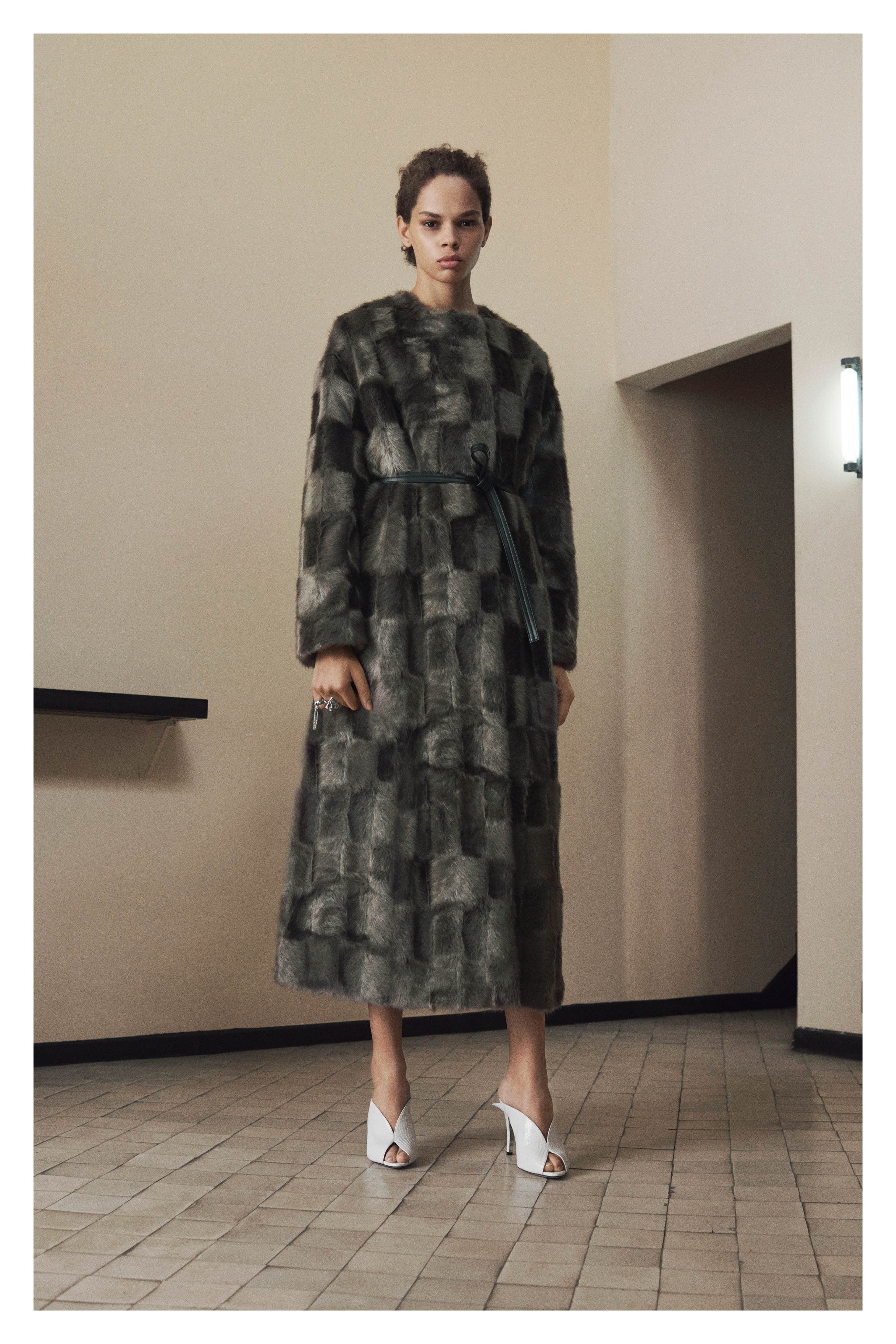 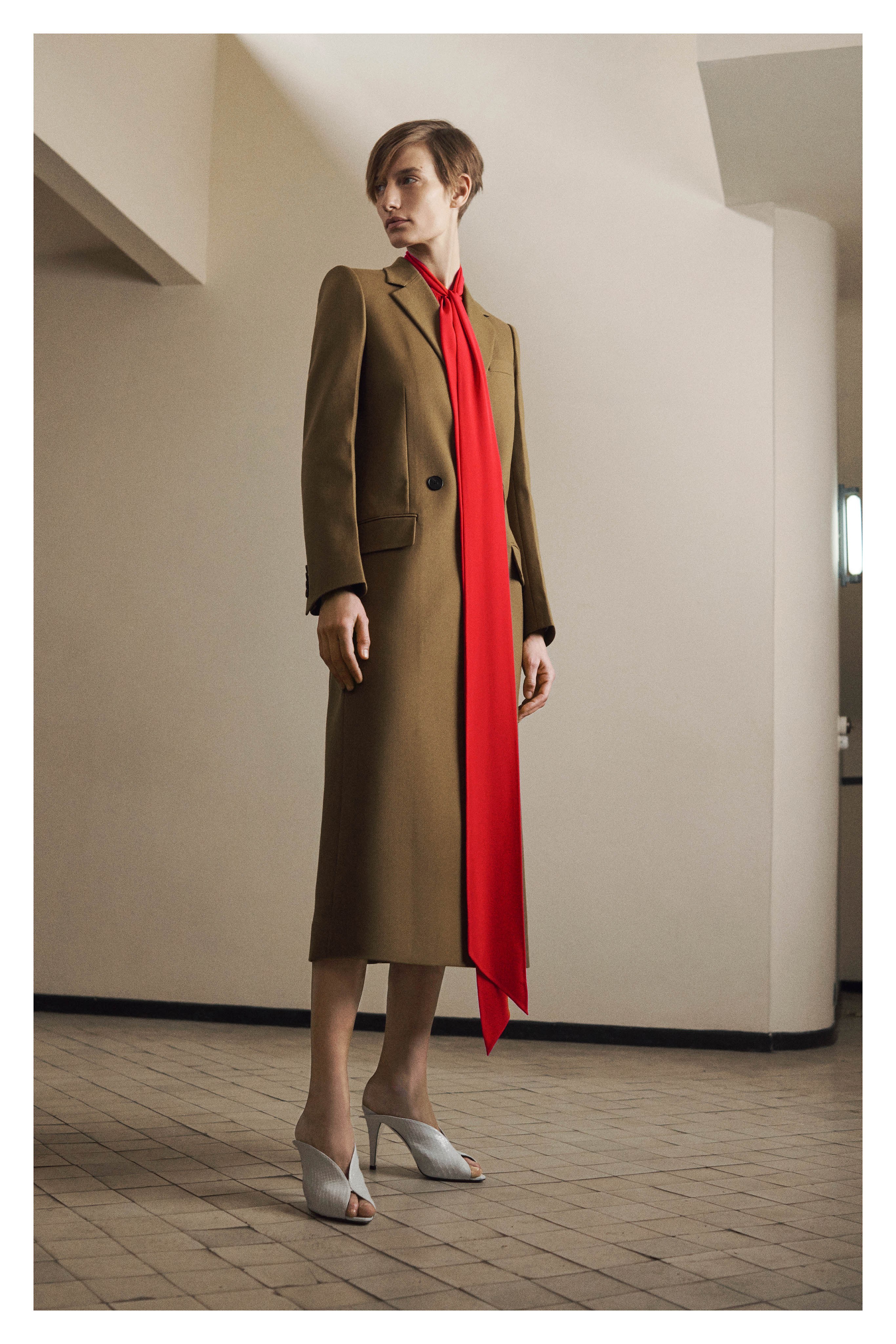 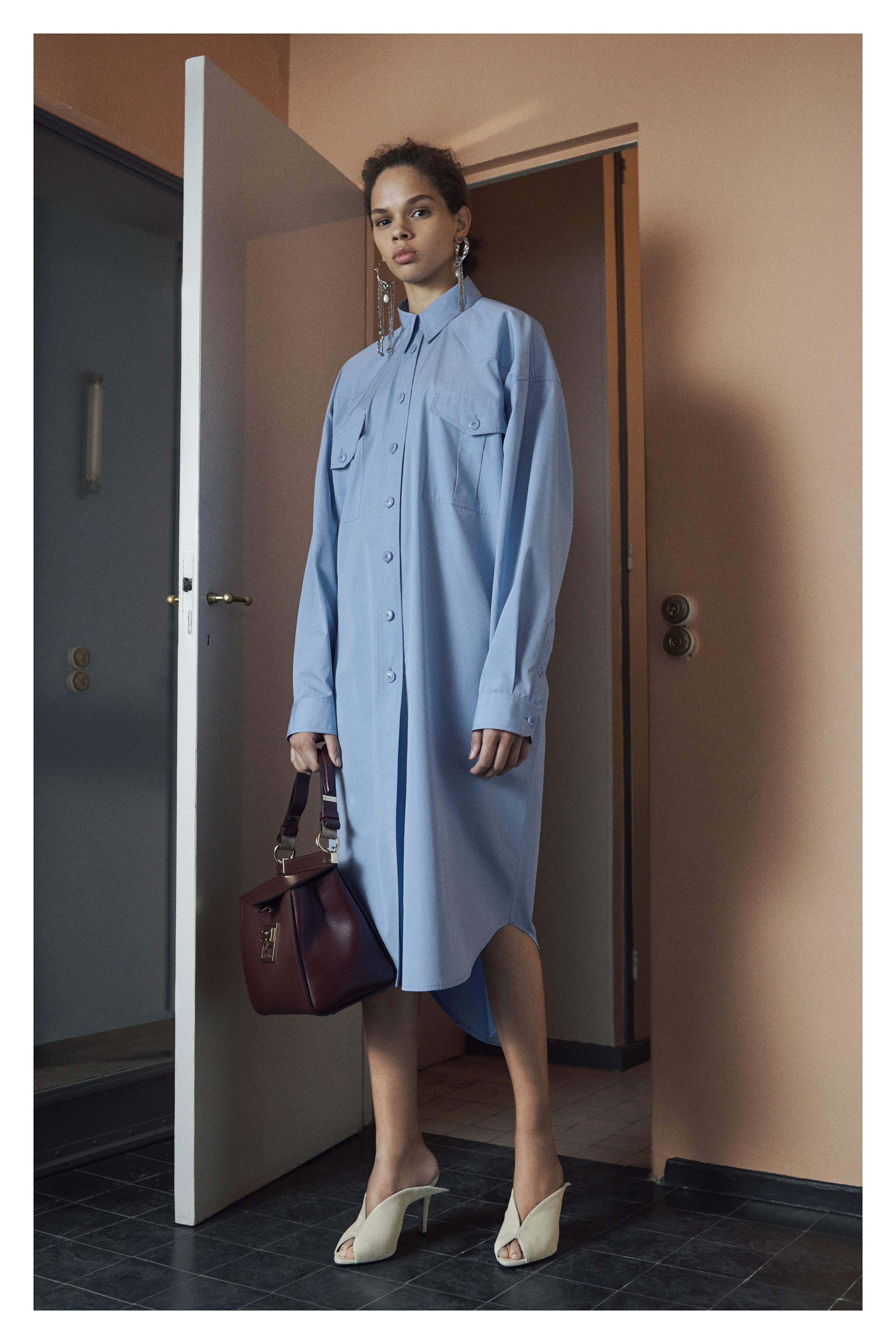 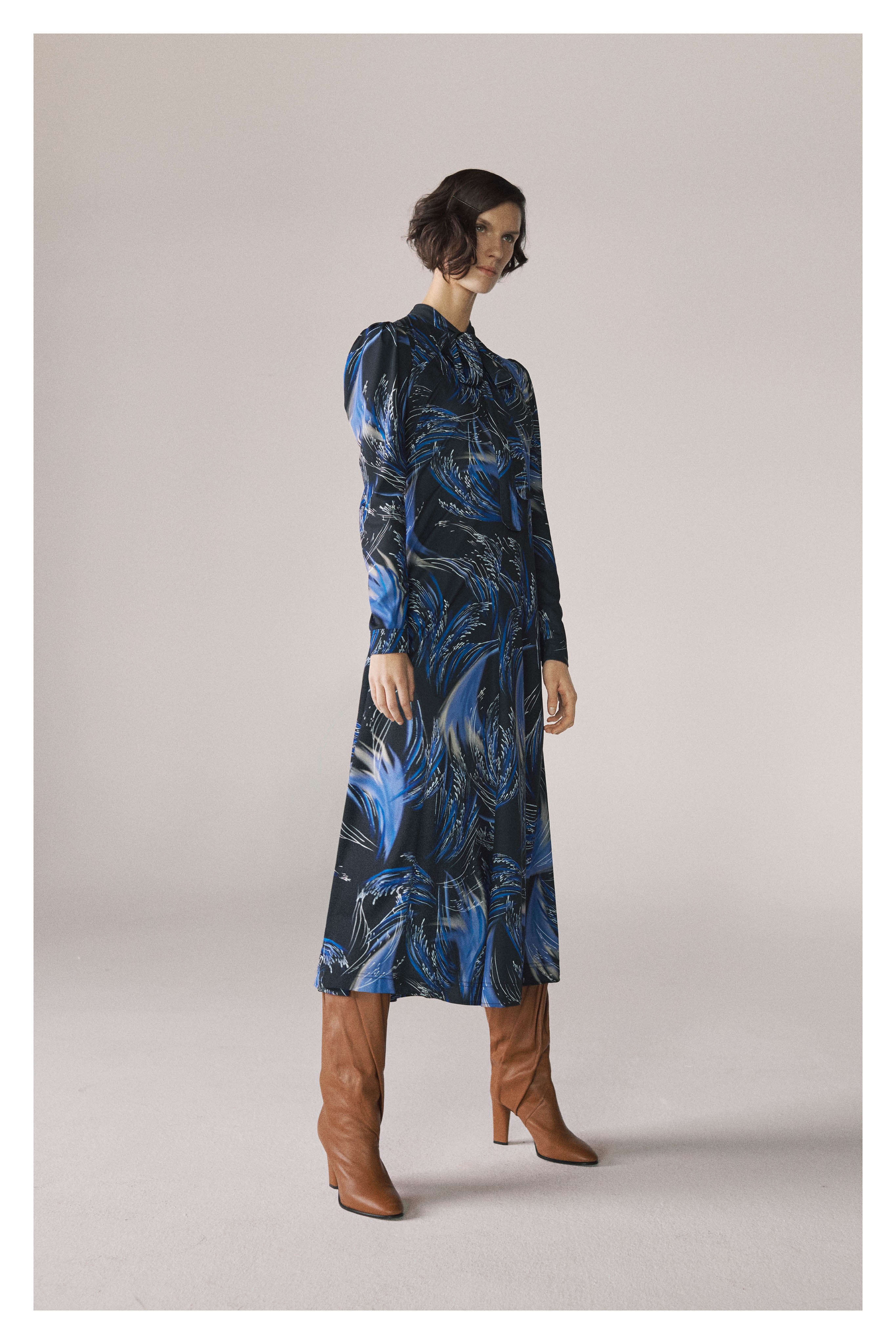 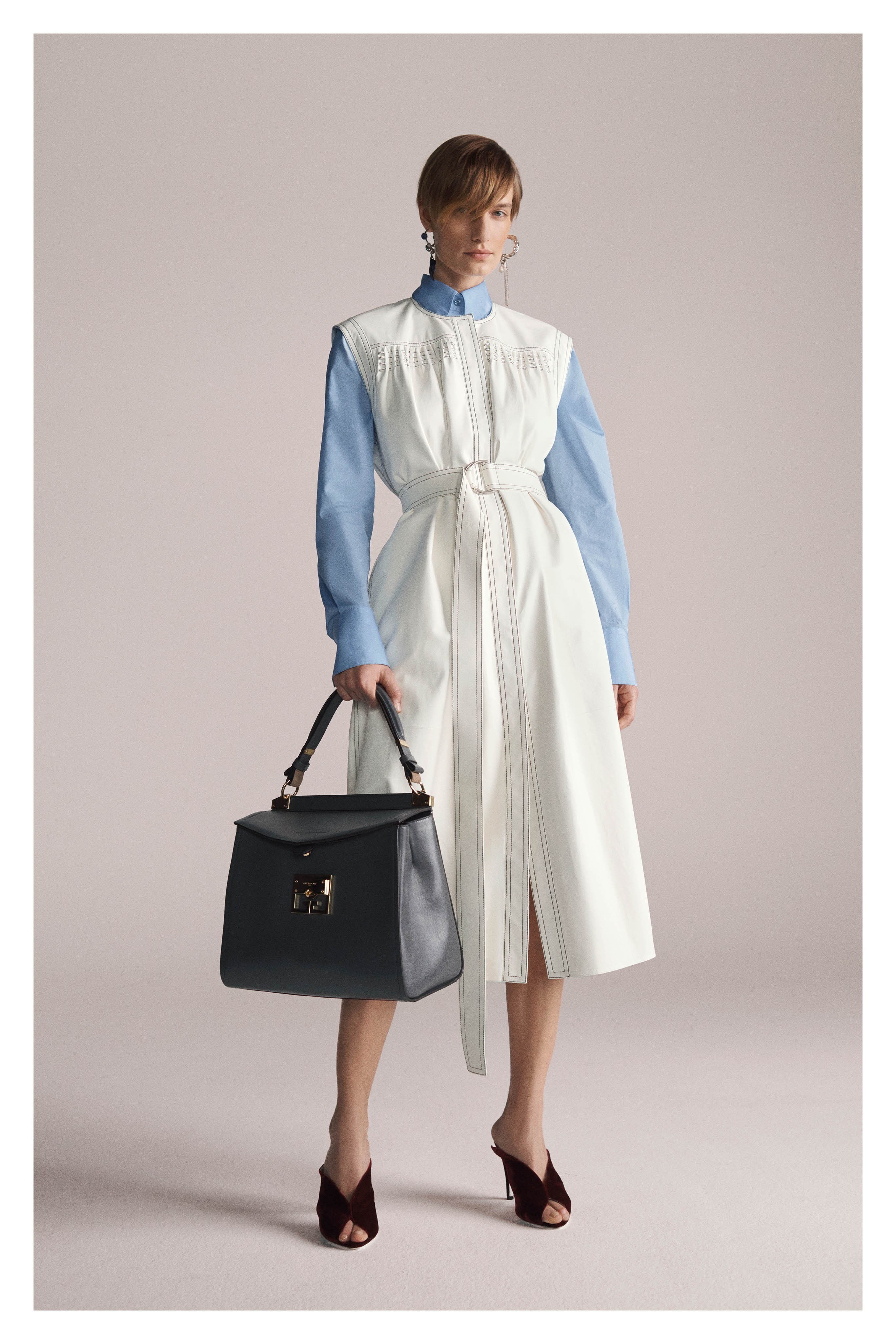 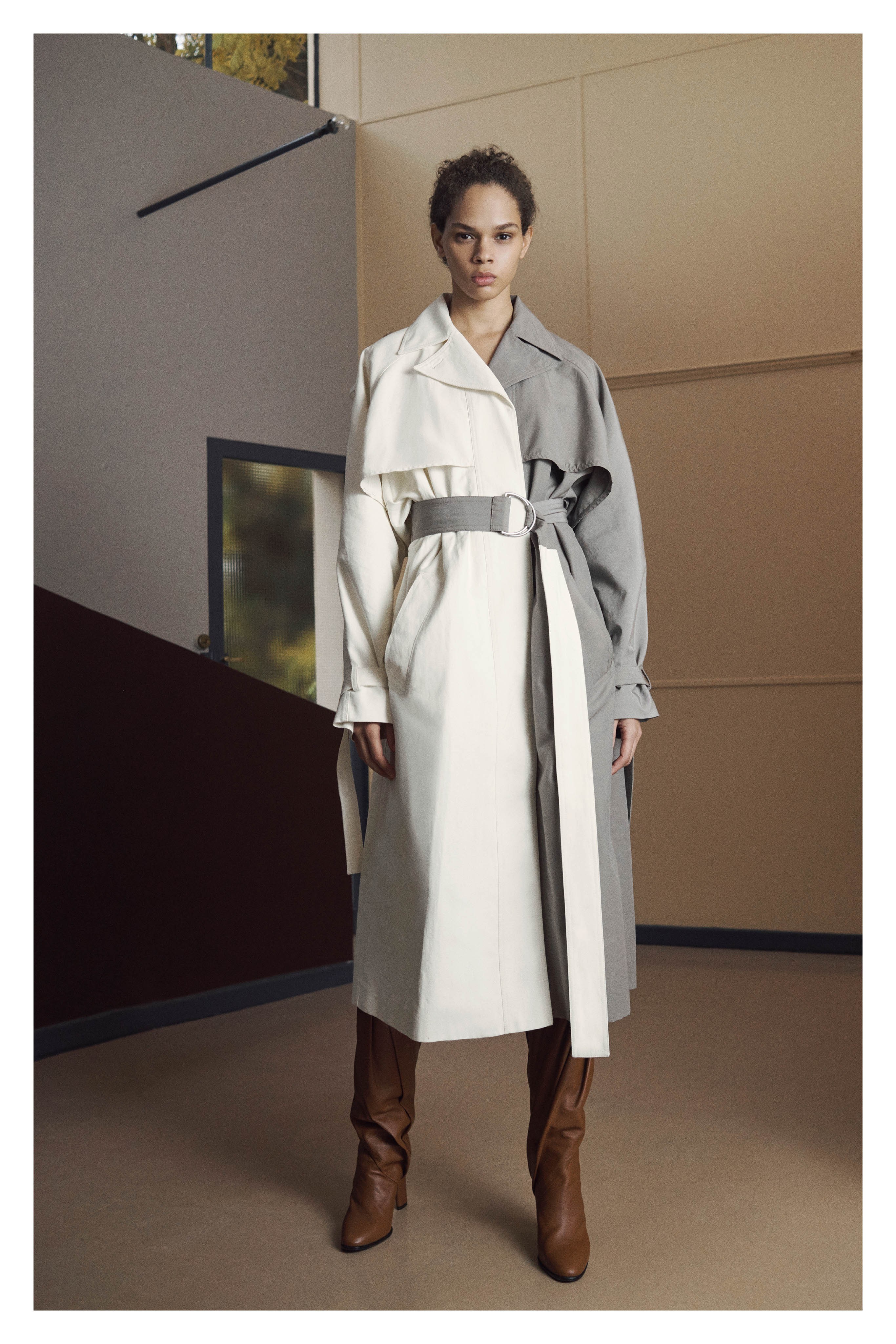 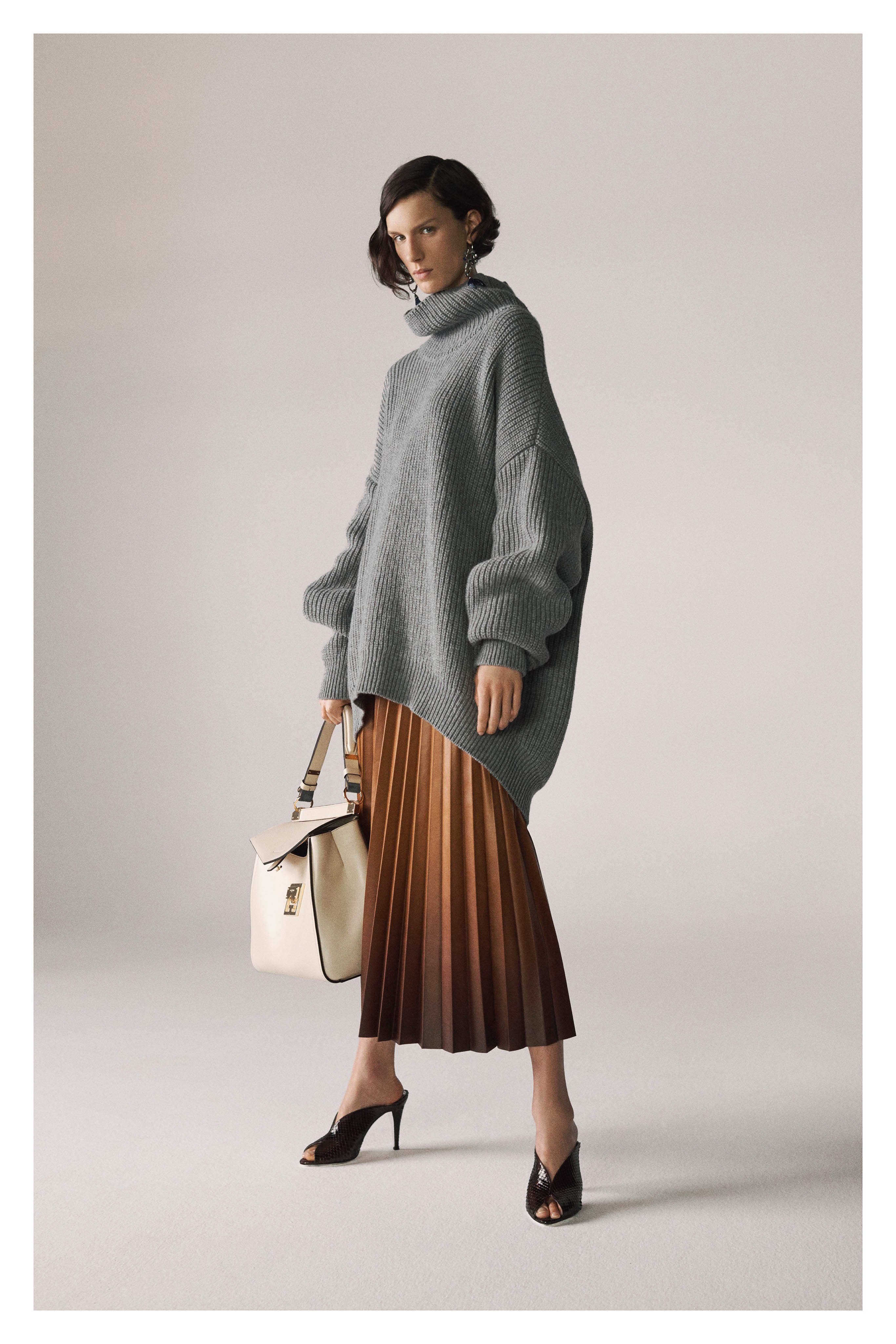 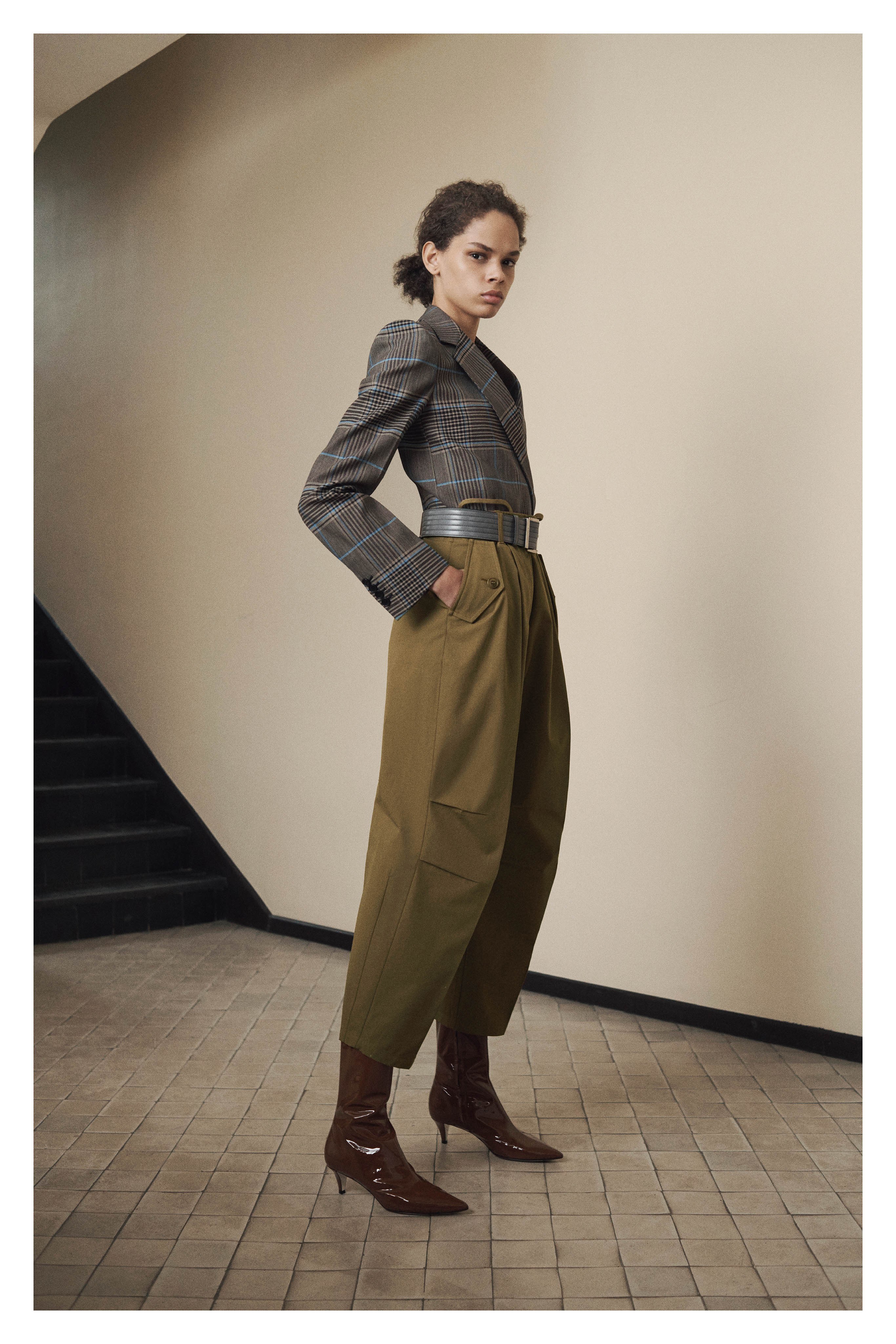 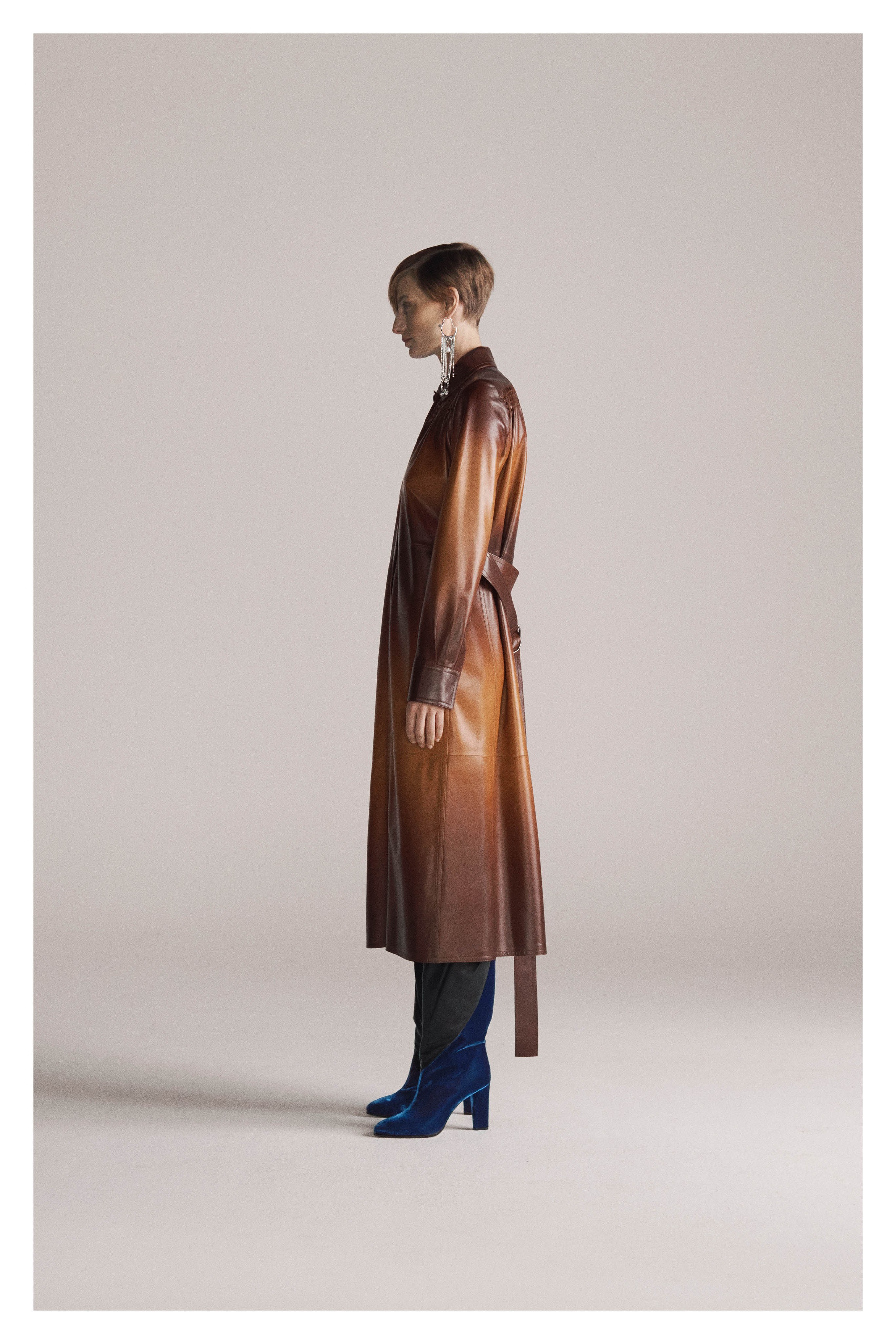 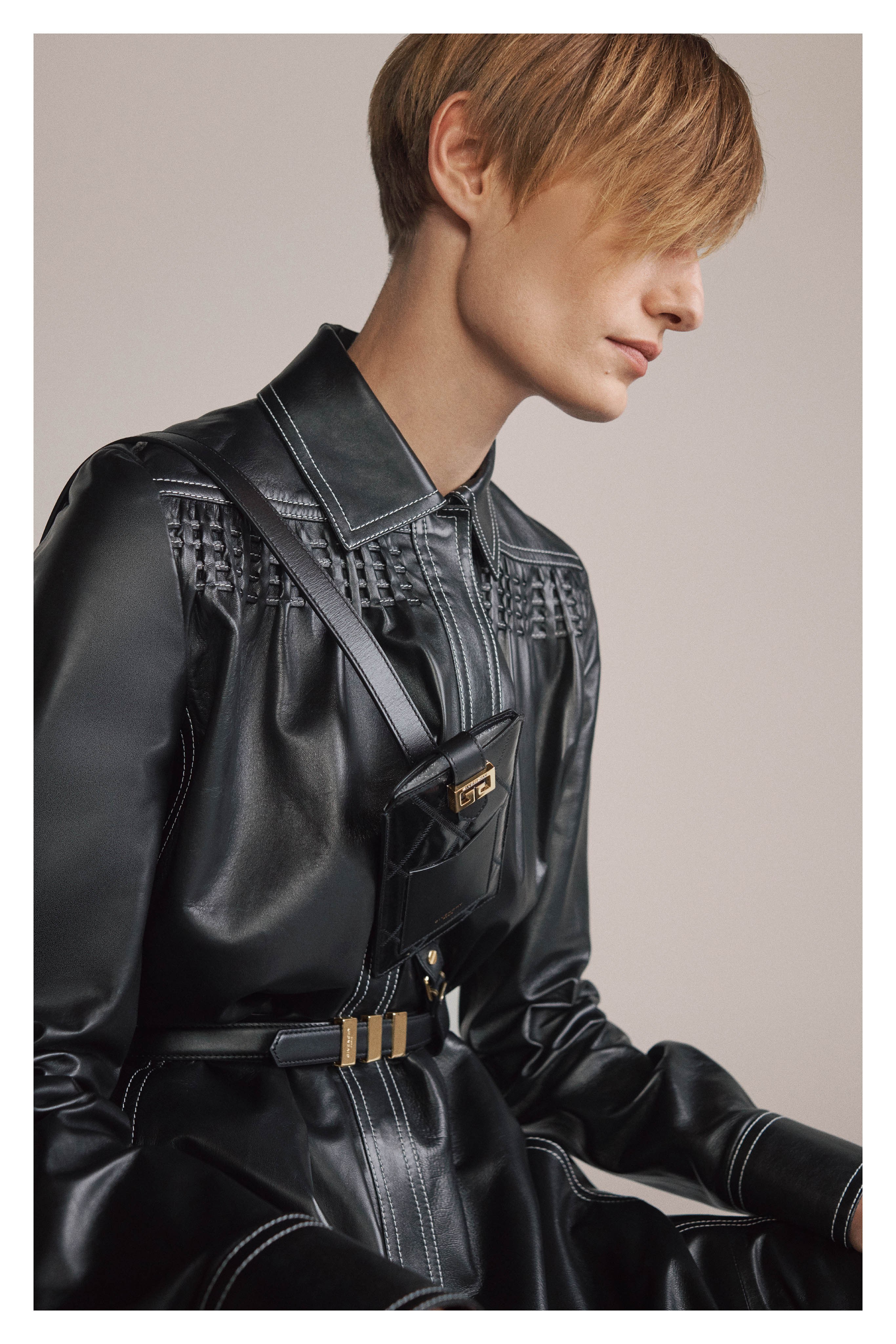 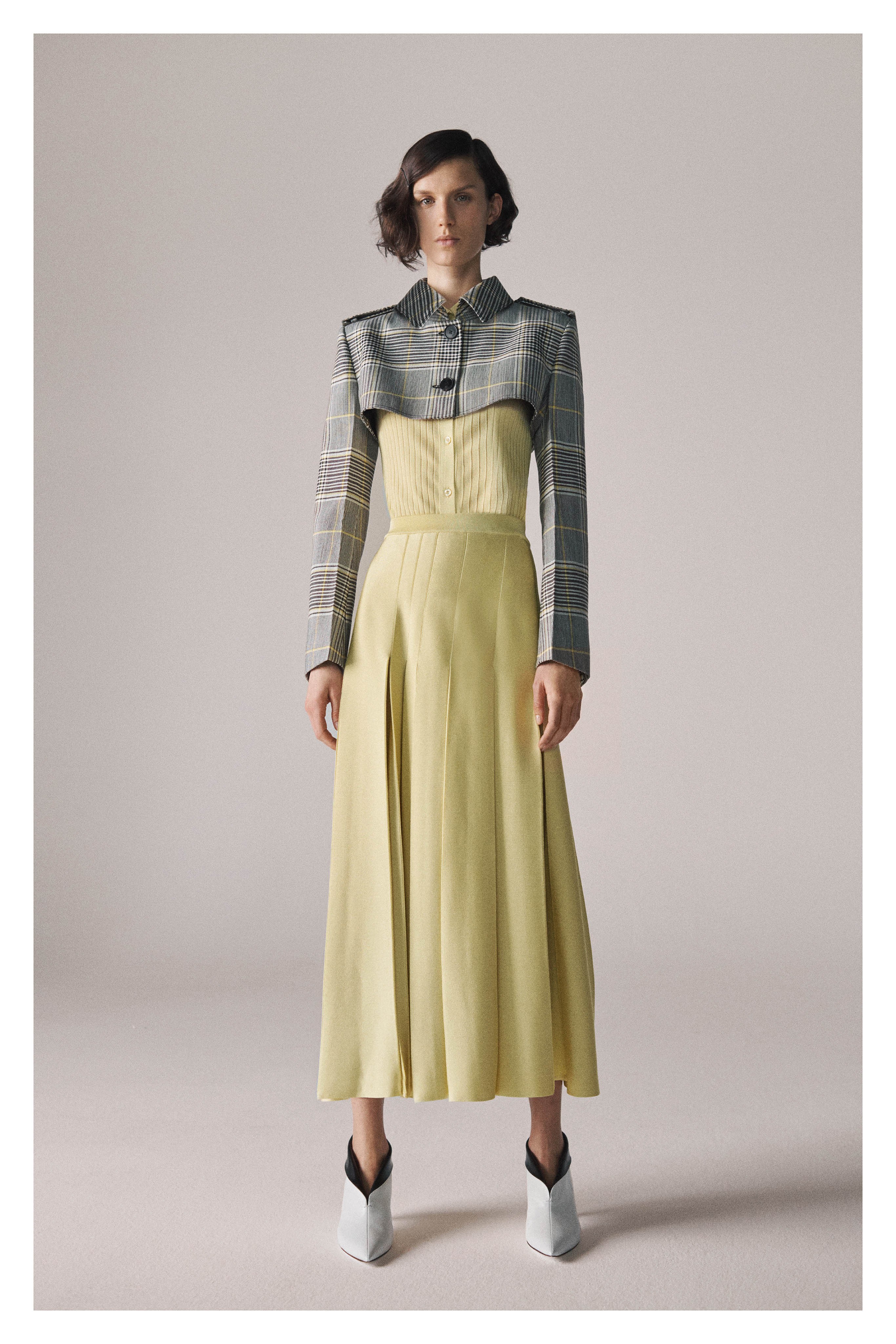 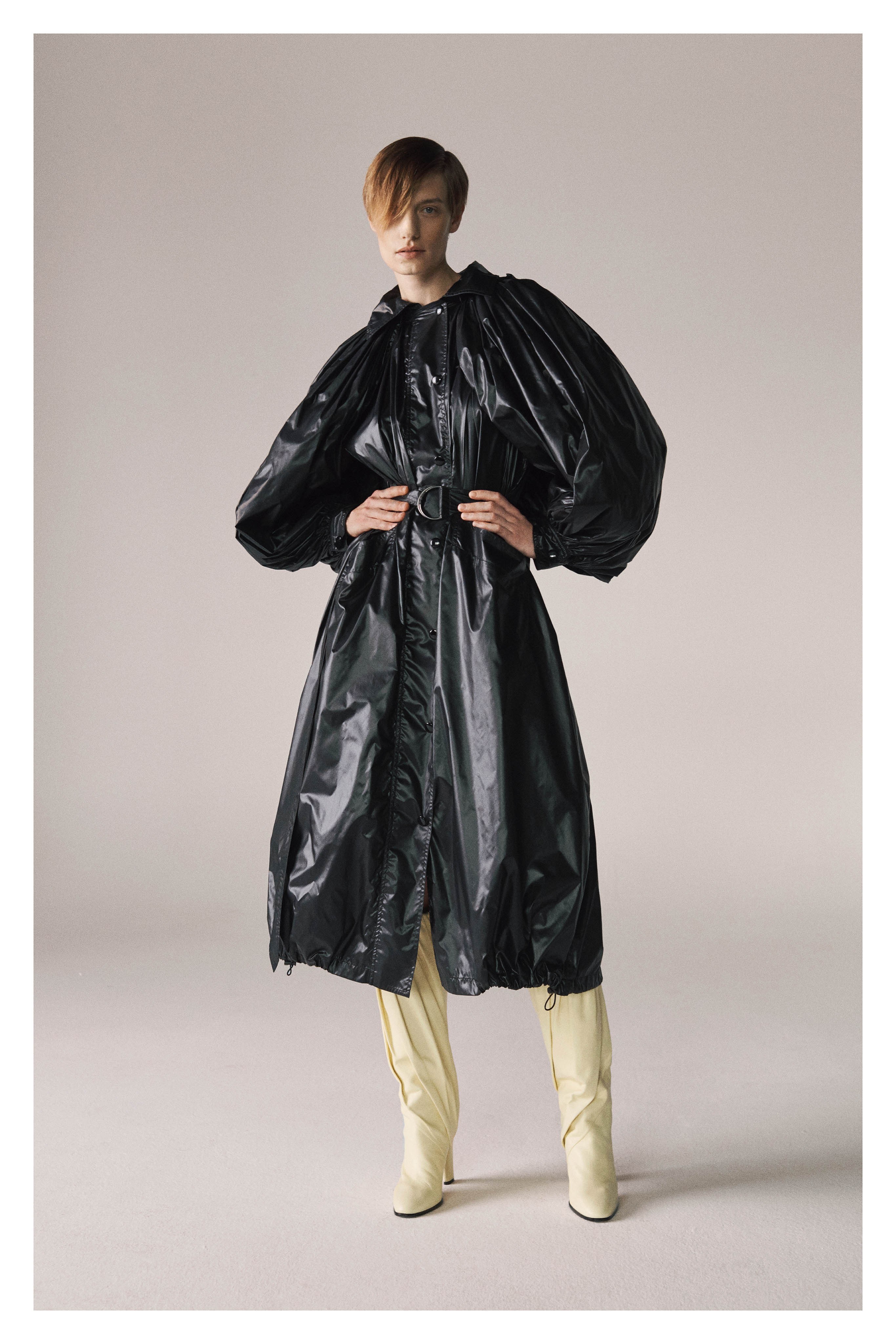 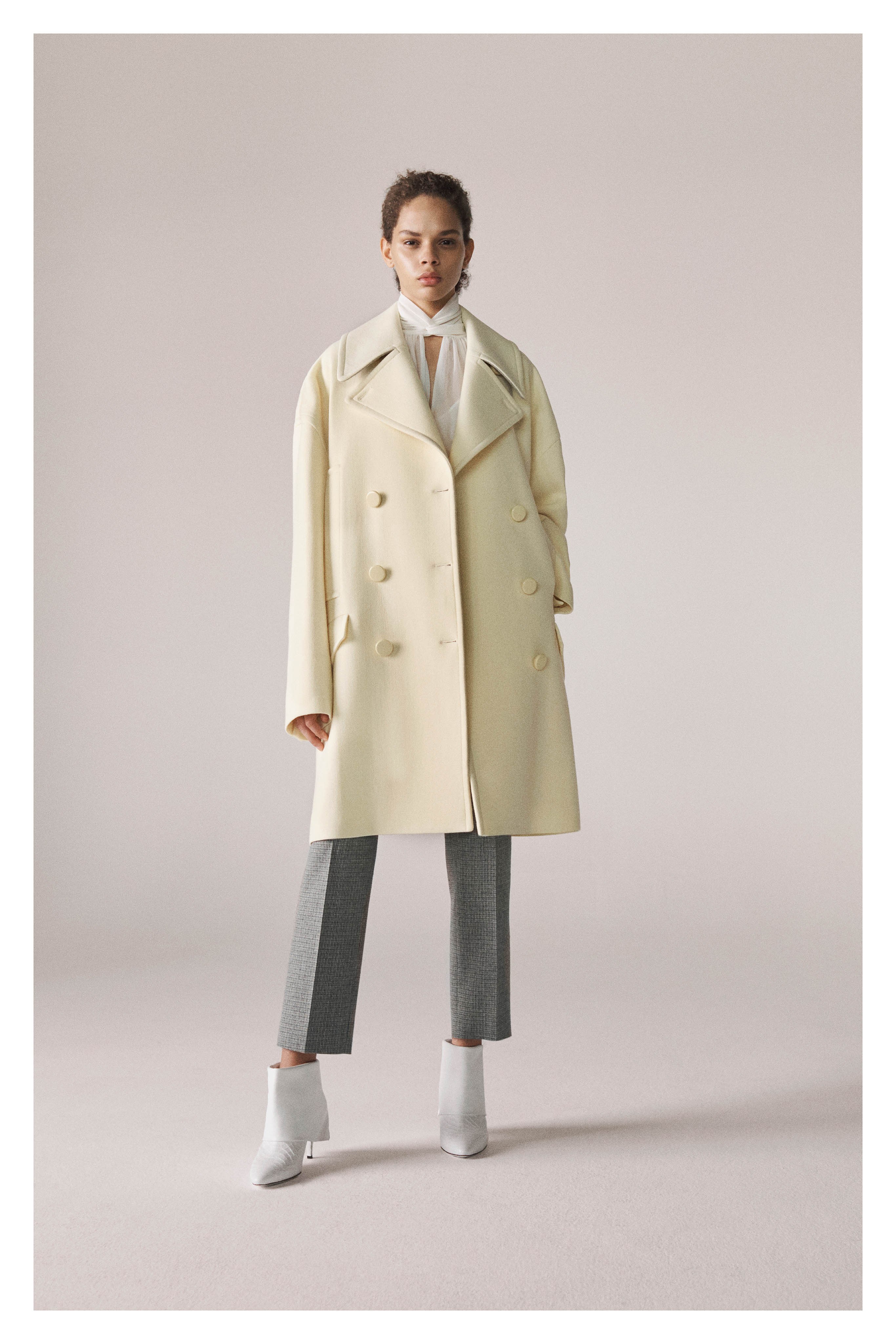 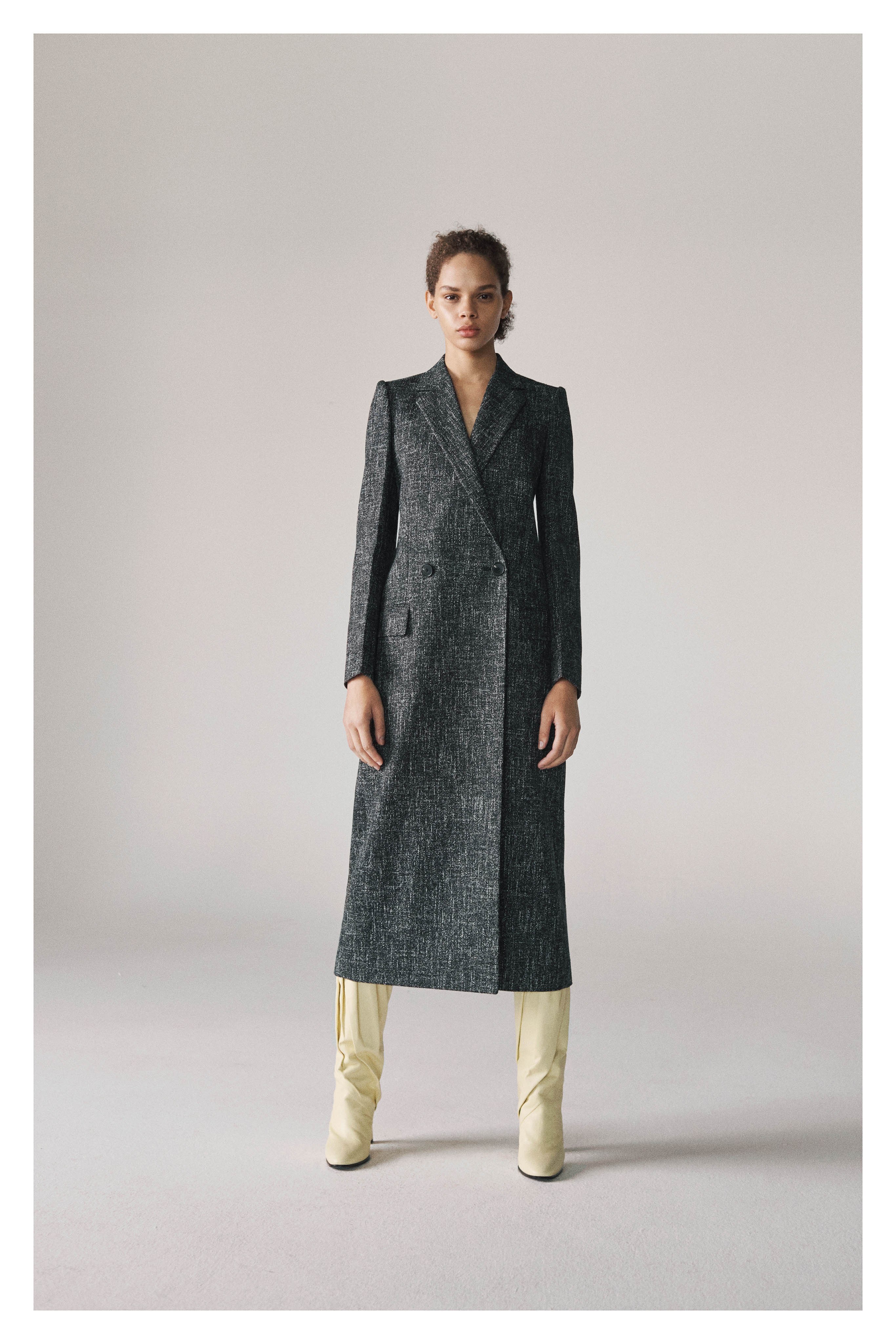 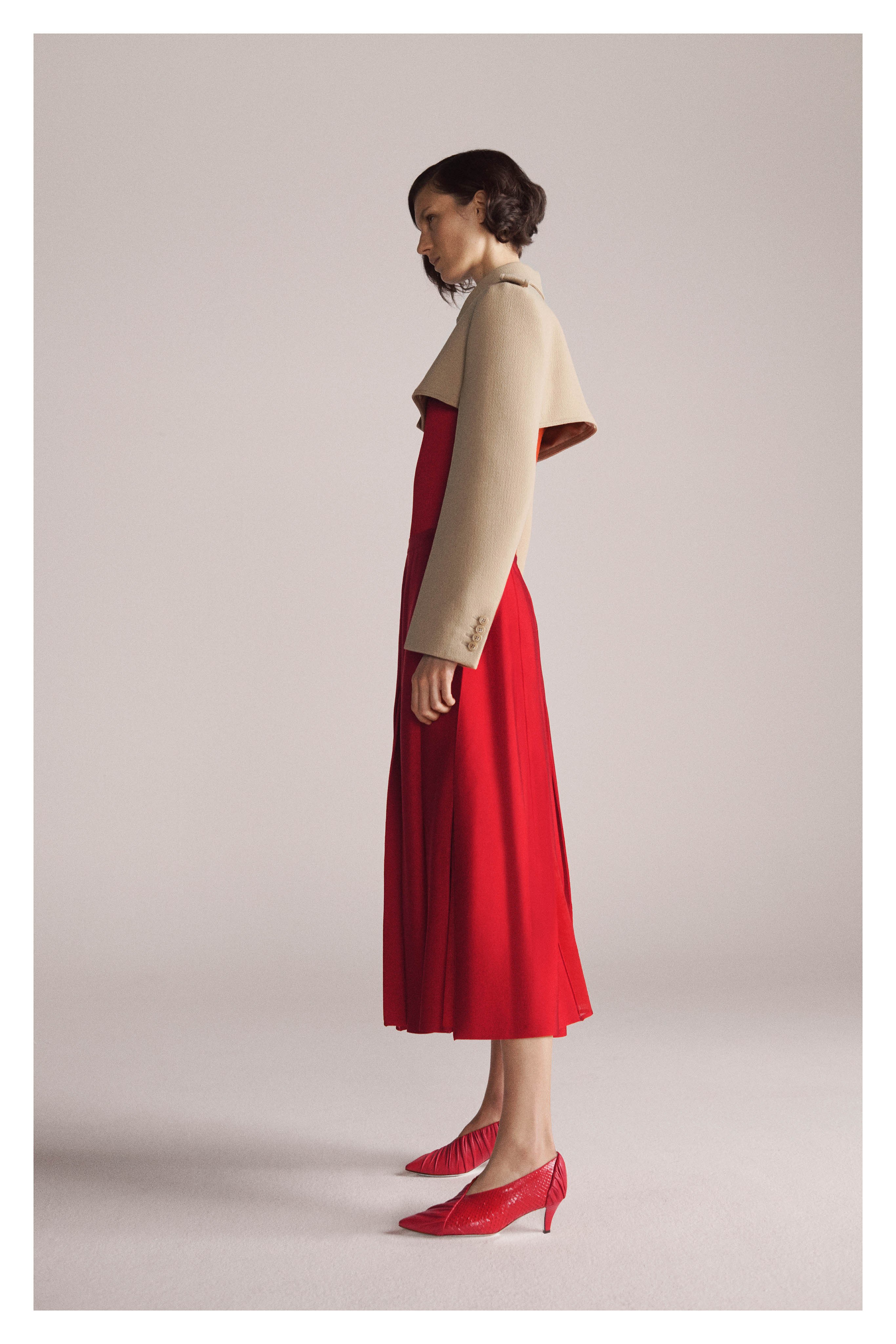 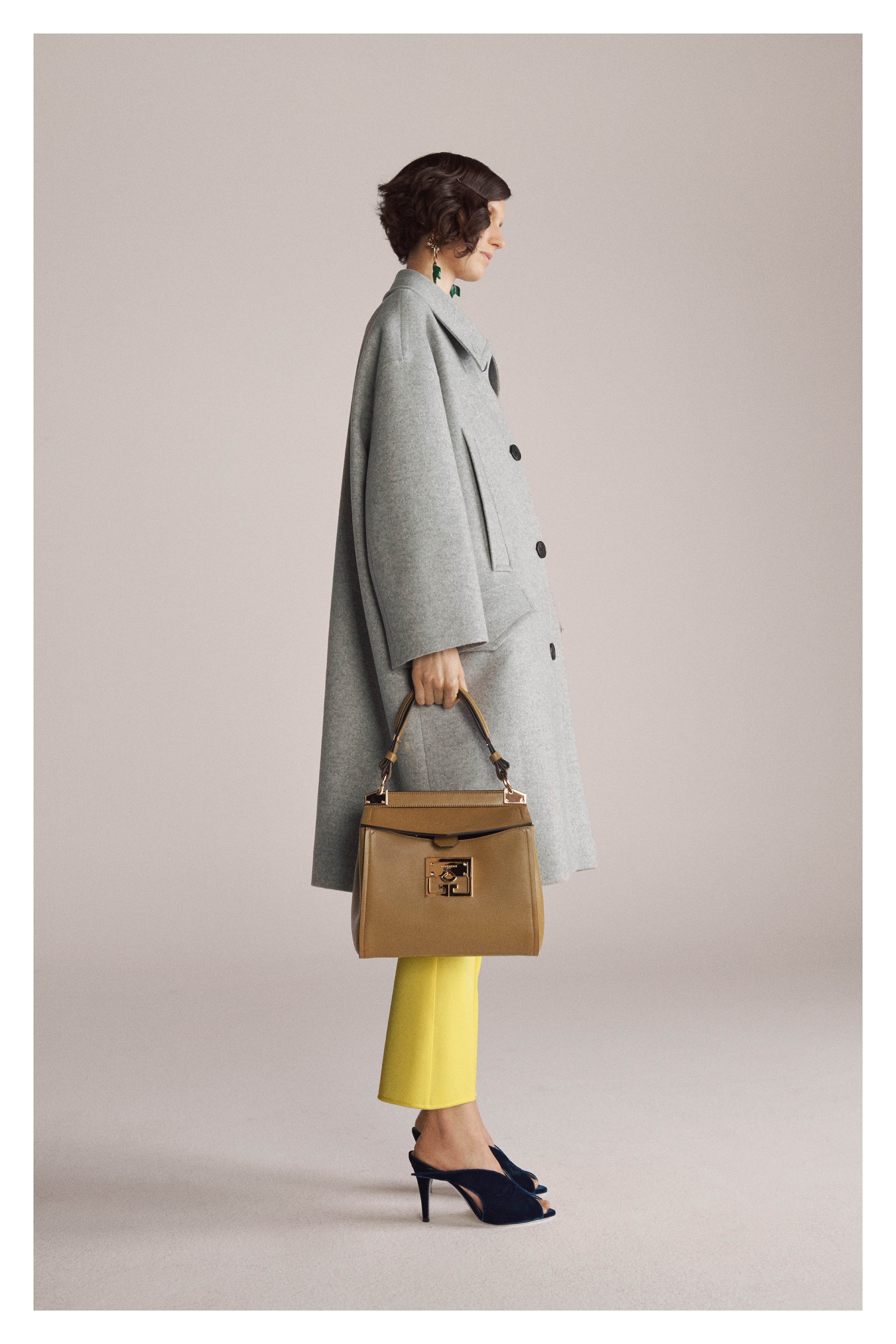 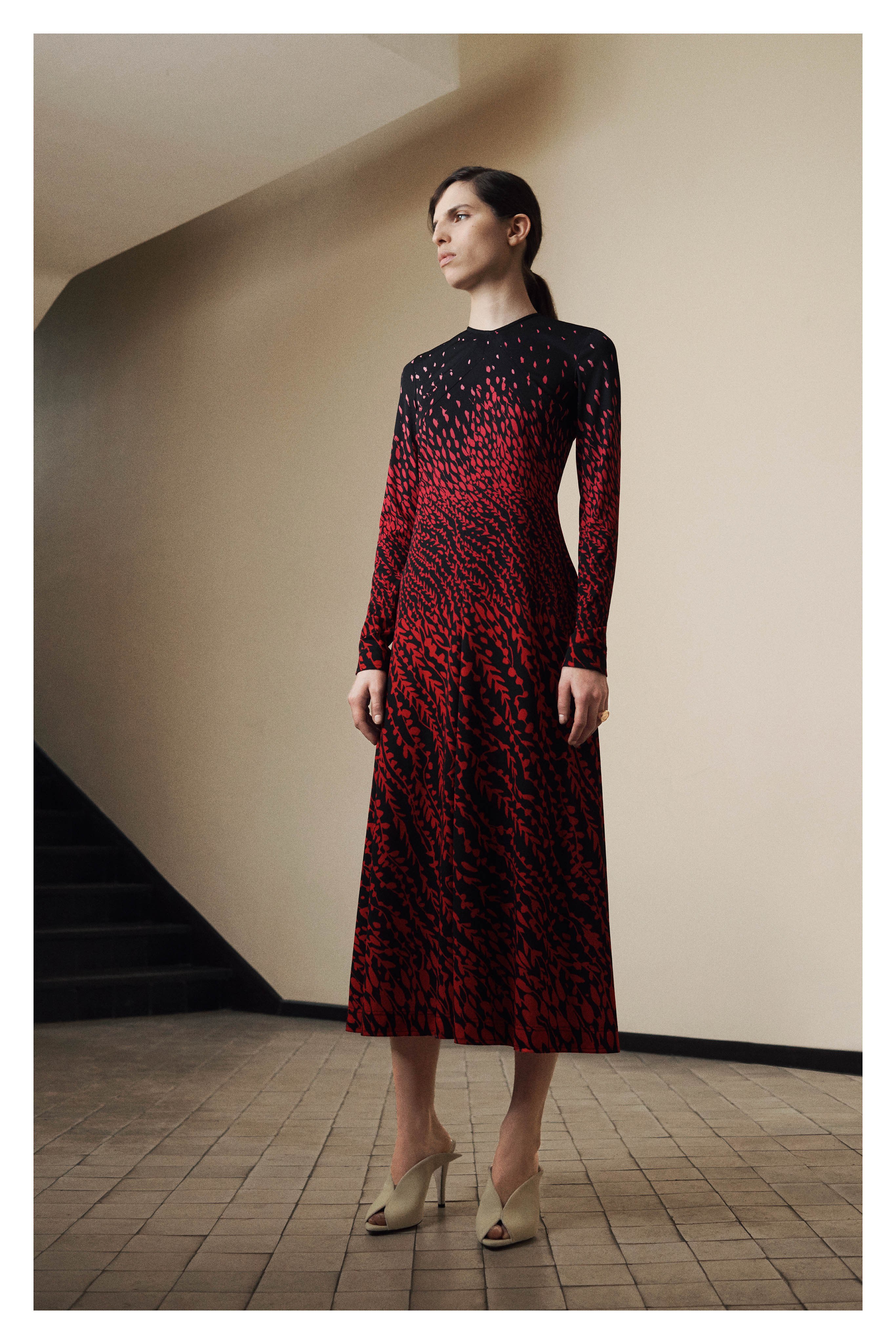 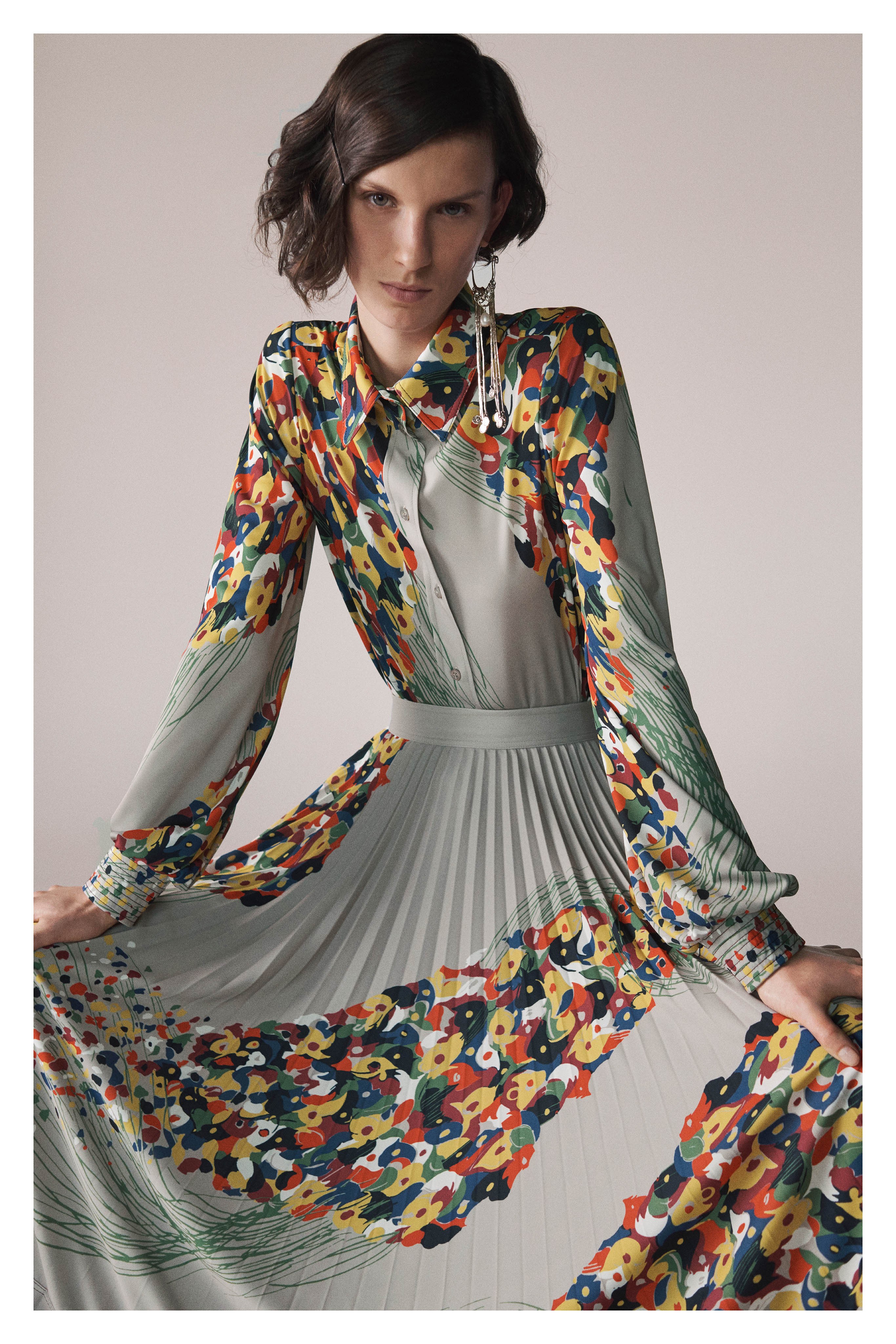 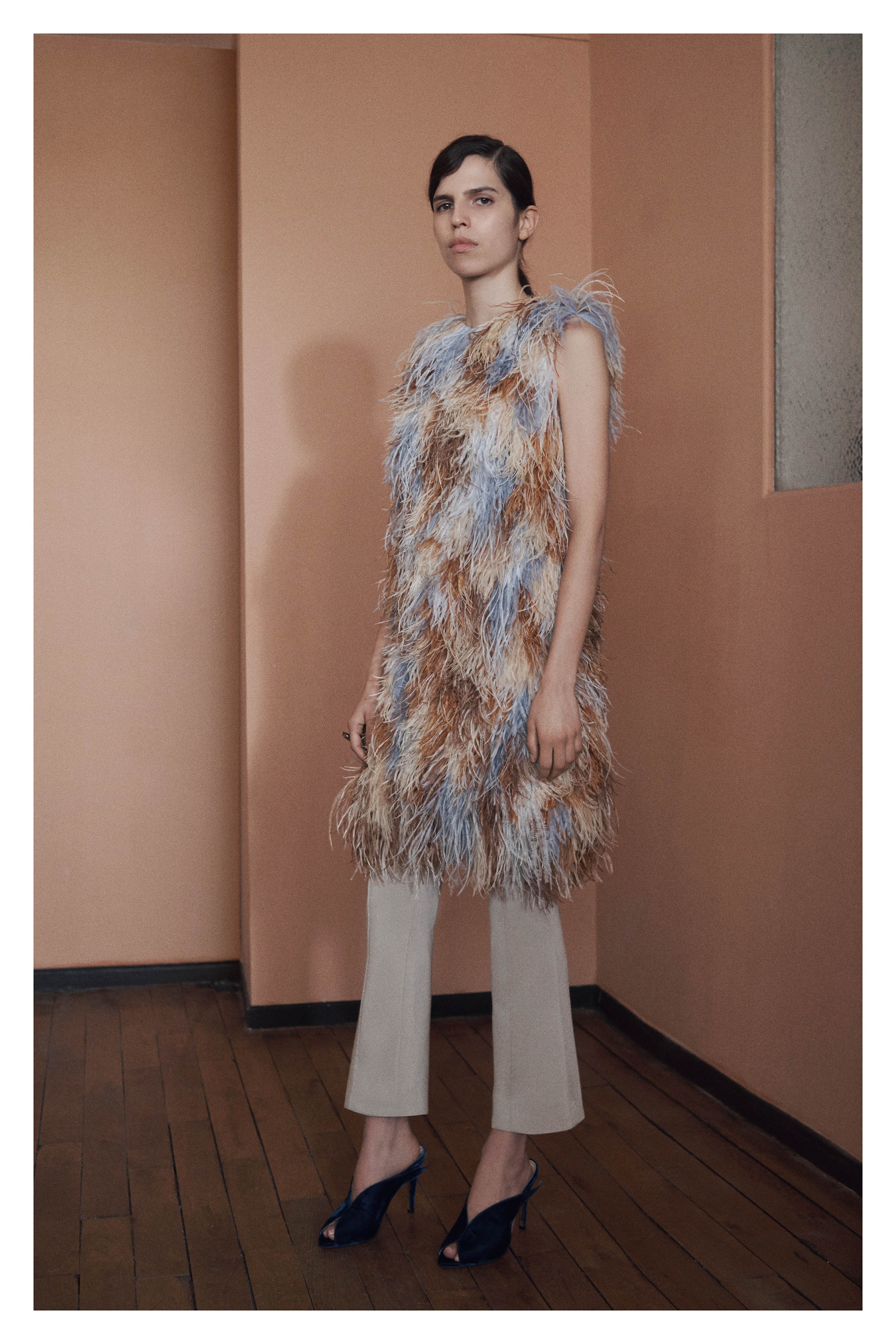 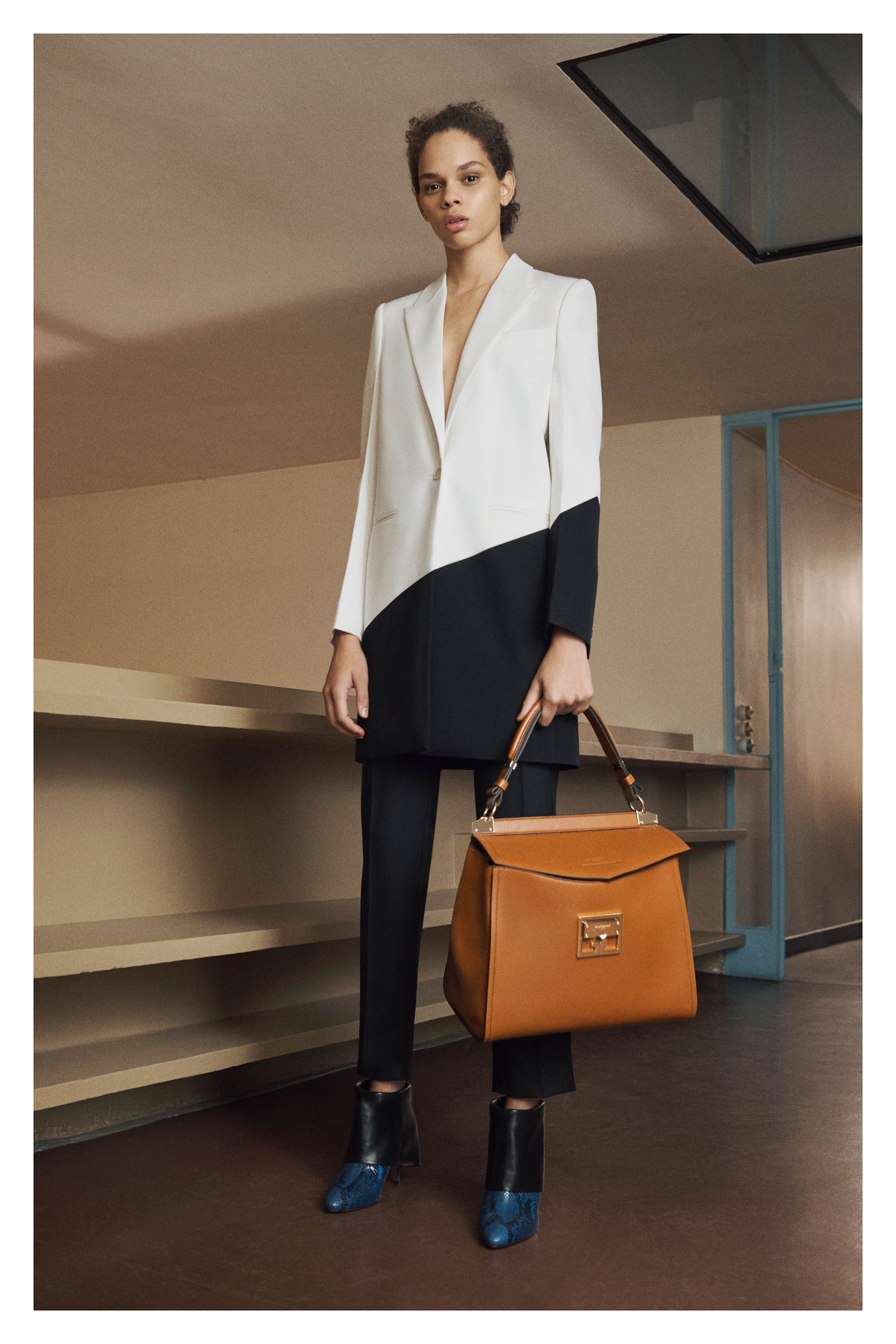 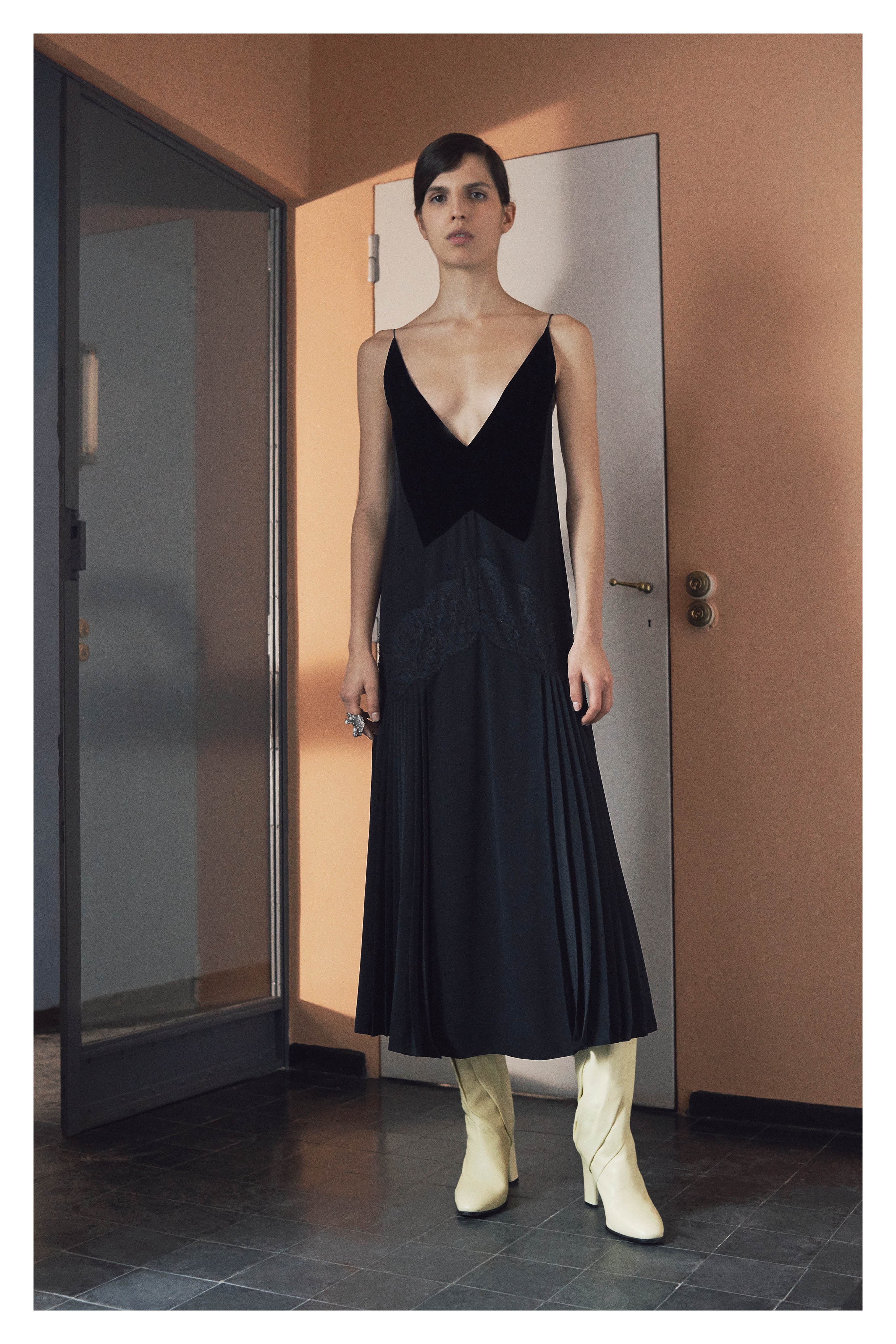 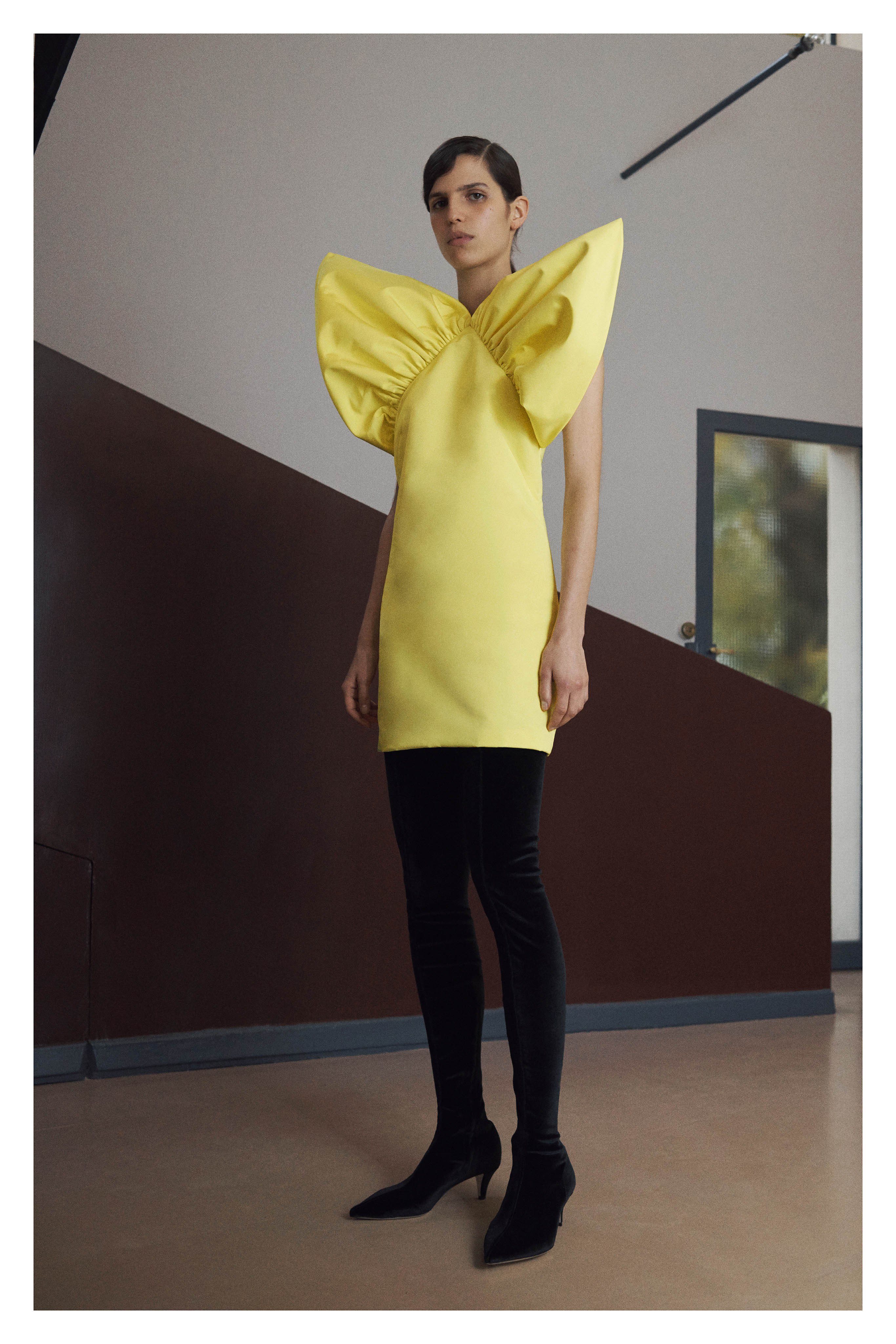 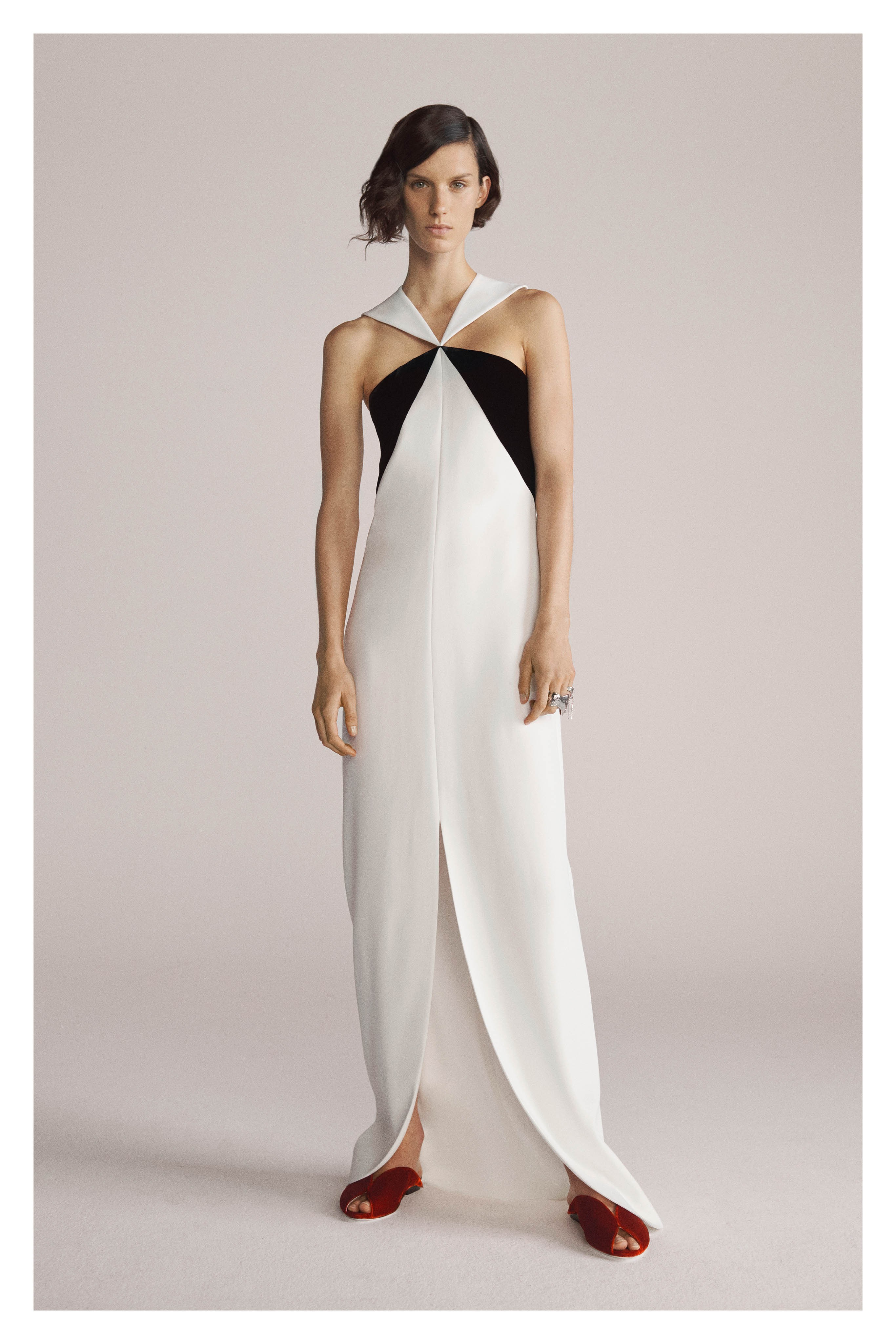 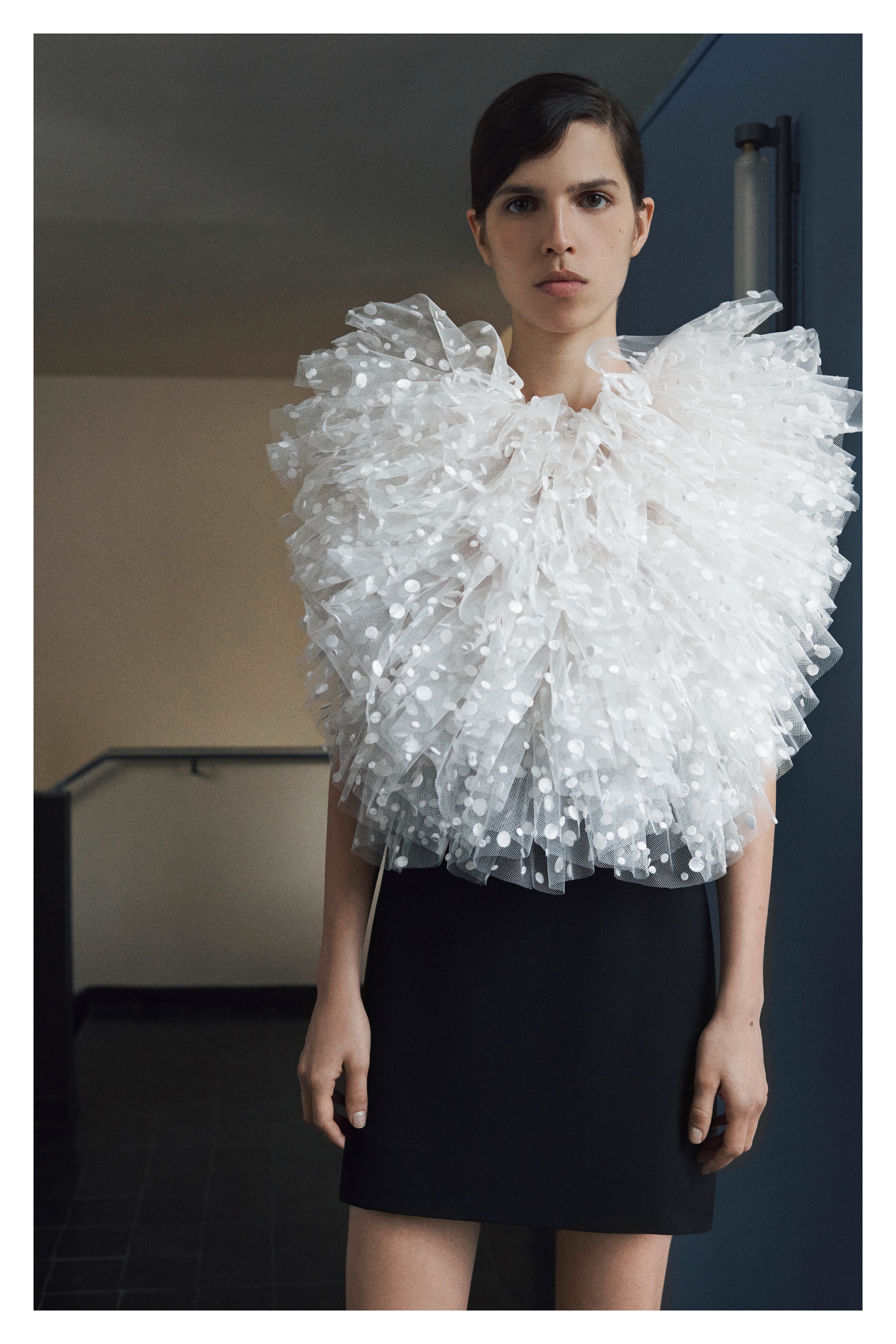 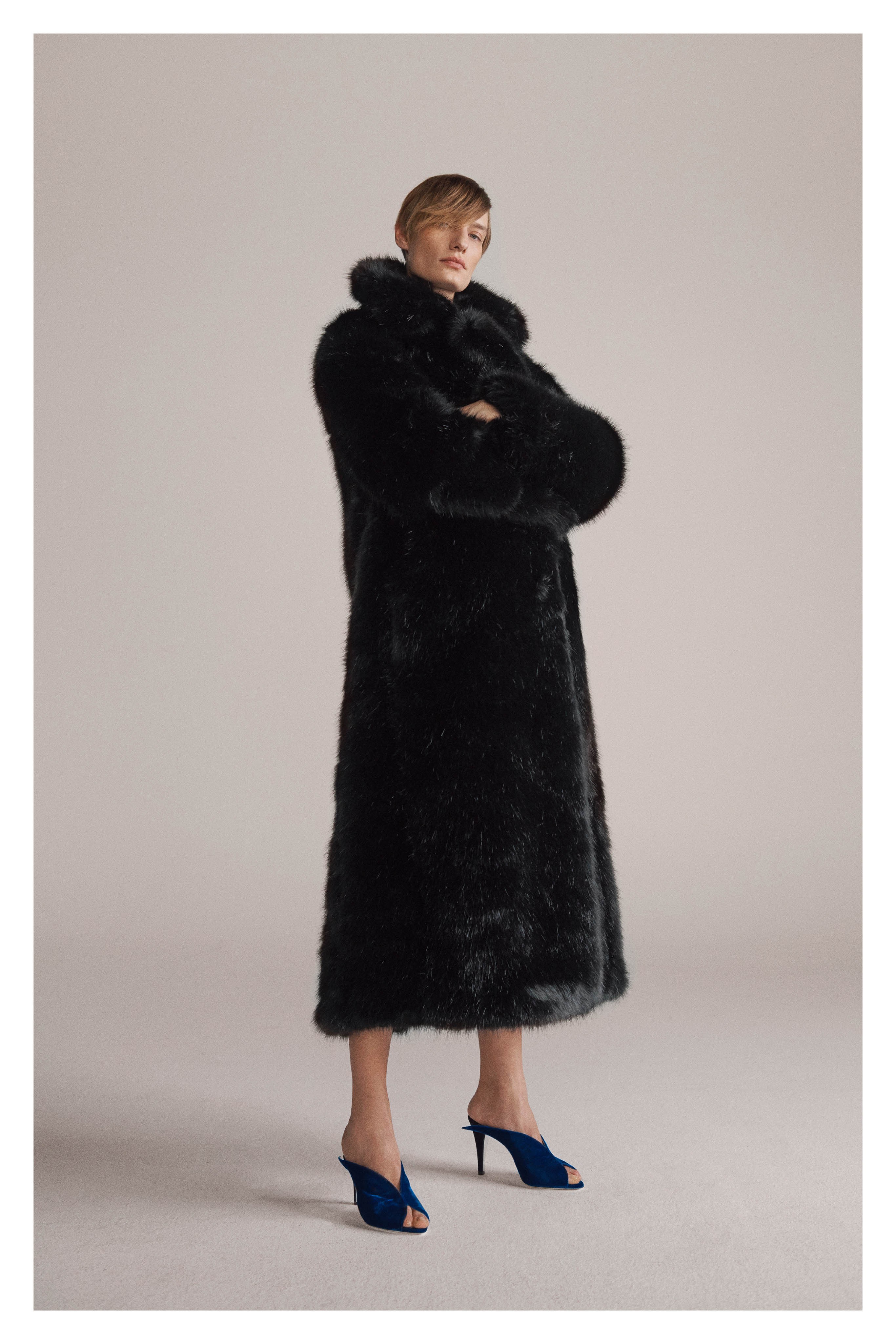 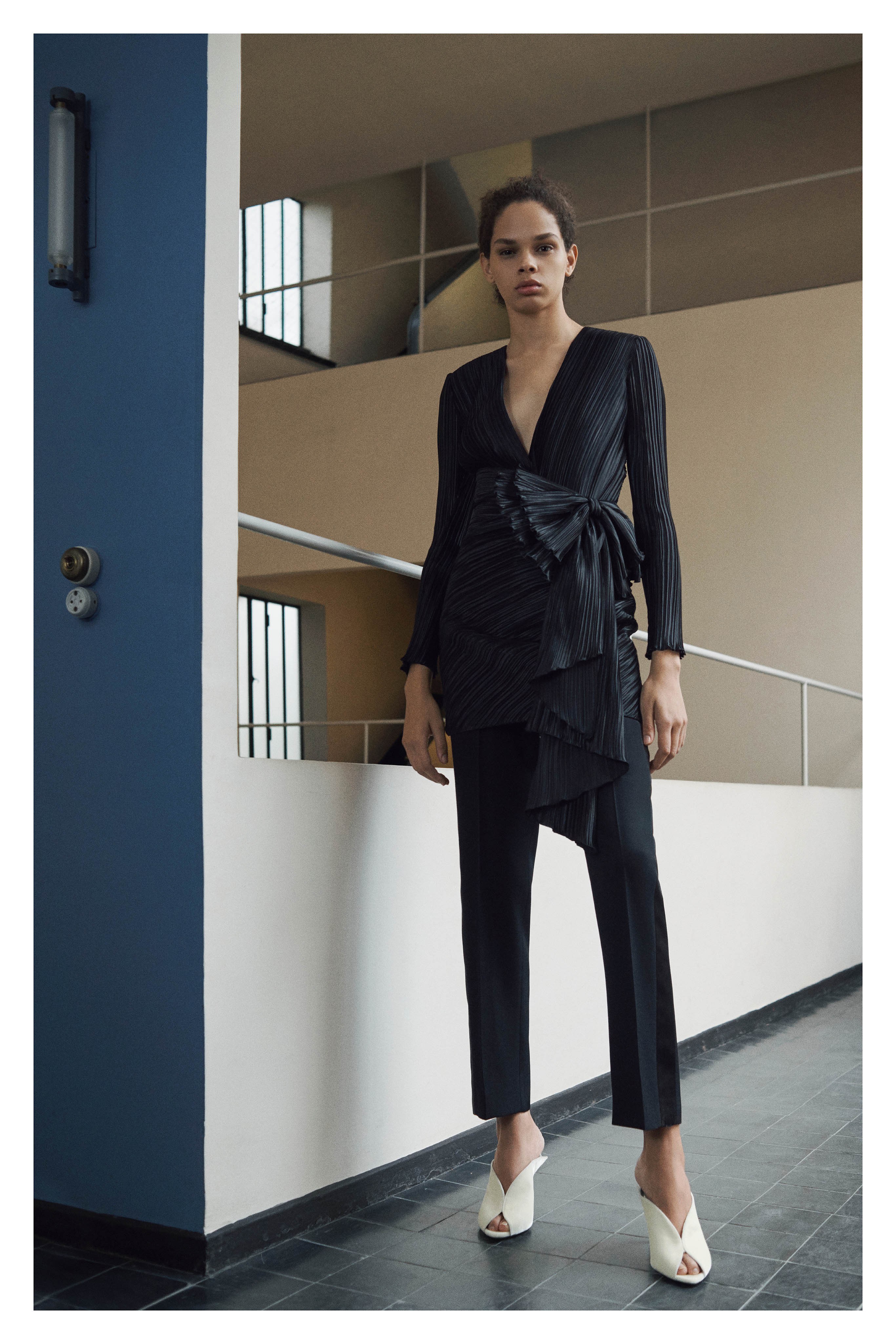 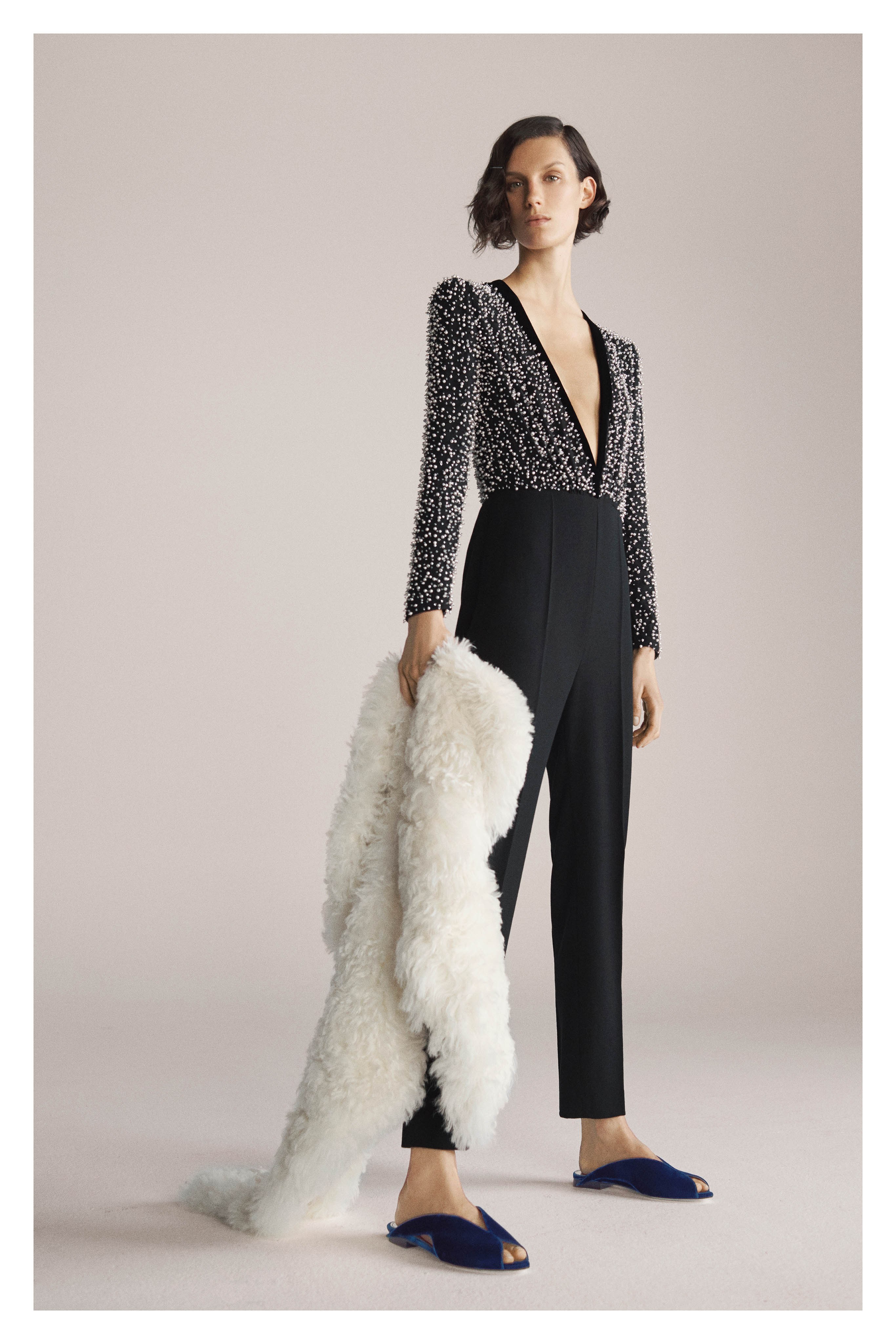 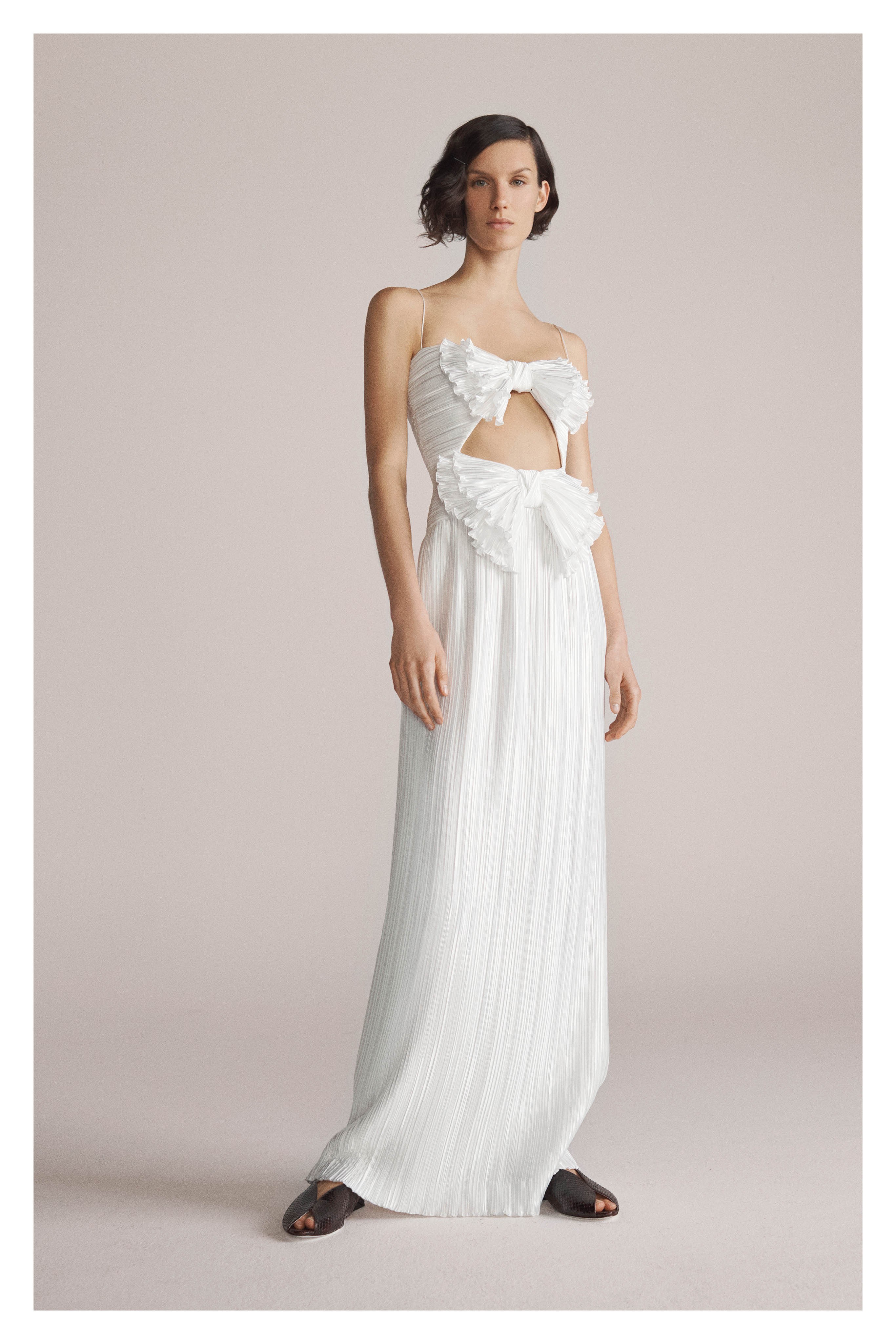