Ignasi Monreal, the young Spanish artist behind recent Gucci advertising campaigns, is the focus of new limited edition sweatshirts and T-shirts. Dubbed #GucciHallucination, the line-up of nine sweatshirts and nine T-shirts will feature the dreamy digital artworks illustrated by Monreal for the Spring 2018 campaign.

Underscoring the uniqueness of the pieces are limited edition numbers—200 of each T-shirt design and 100 of each sweatshirt illustration. Each one bears a numbered label (1 of 200 etc.) and will be delivered to customers in special packaging featuring the artist’s work.

Monreal’s designs for the first #GucciGram—of a fortune teller and a weather forecaster were printed on T-shirts for the Gucci Cruise 2018 collection. Inspired by Greek and Roman mythology, the artist created a campaign for the 2017 holiday season and gift catalogue, one of the works appearing on the Gucci Art Walls in Milan and New York for the launch of Gucci Bloom fragrance. He recently created the artworks featuring the new collection for the Spring Summer 2018 campaign, and starred in the campaign’s ironic video as the curator of a fictitious Gucci gallery.

Ignasi Monreal has also created the distinct colorful artwork that now decorates a wall just off East London’s famous Brick Lane, the first of its kind to debut in Great Britain.

Executed by the European leader in out-of-home advertising, Urban Vision, this new Art Wall features a woman seated on a sofa, inspired by the painting Portrait of Señora de Garay by Ignacio Zuloaga y Zabaleta and by “Rapunzel”, the German fairy tale first published in 1812. 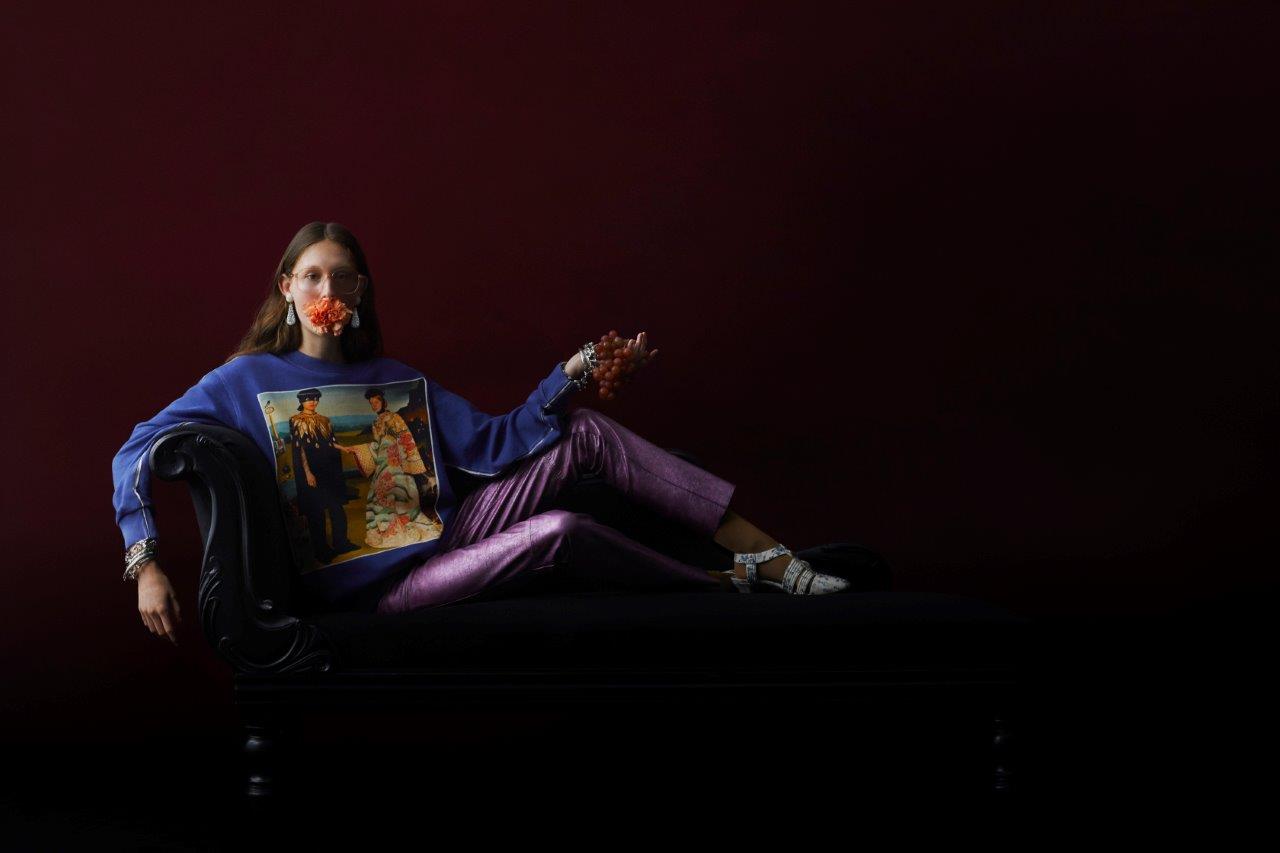 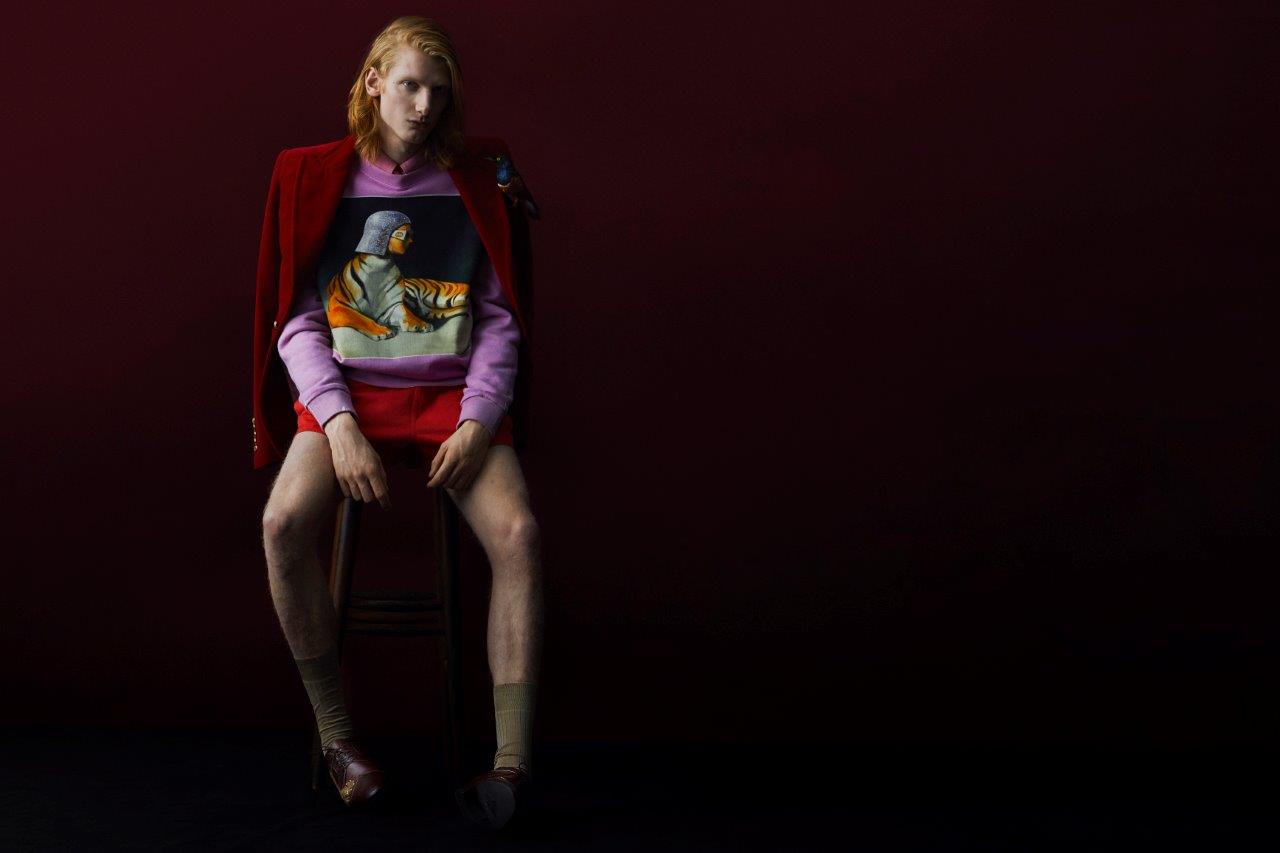 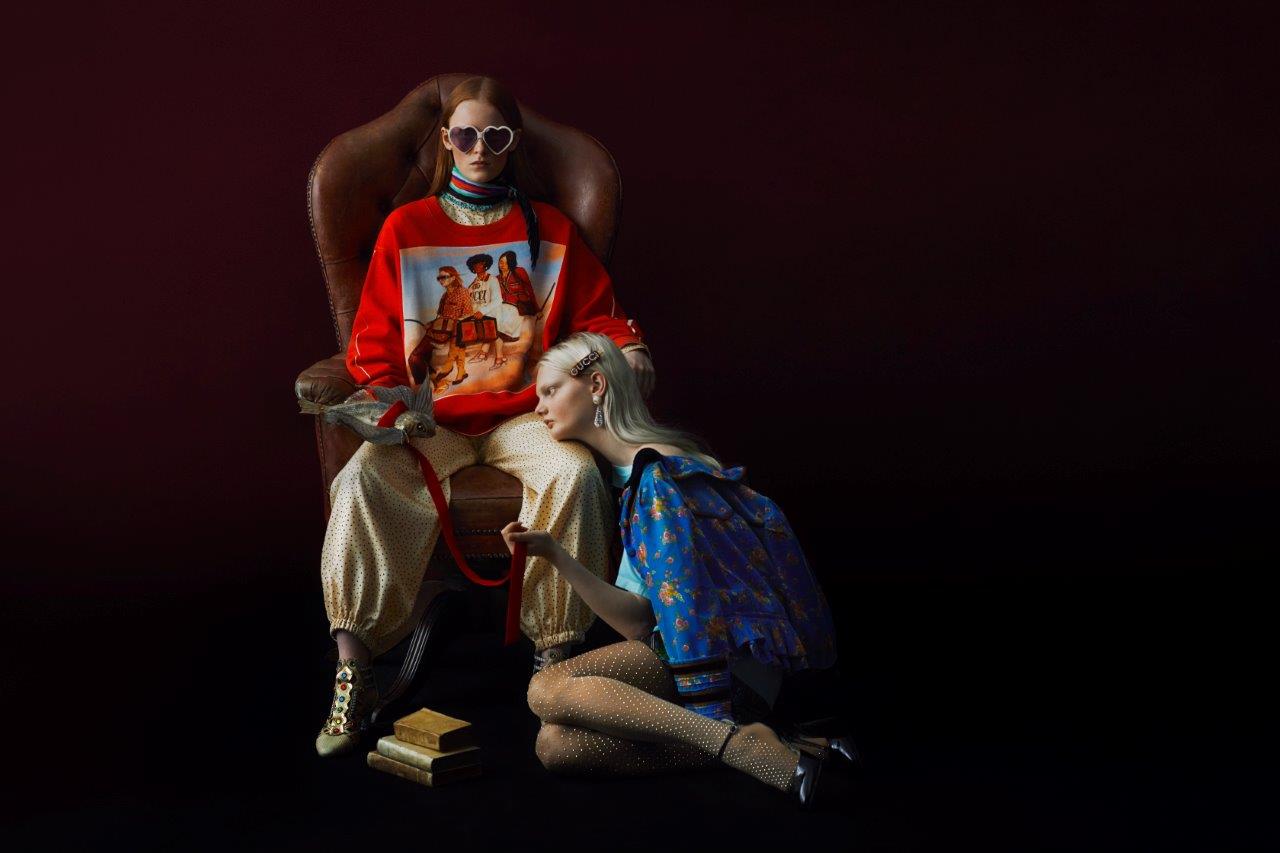 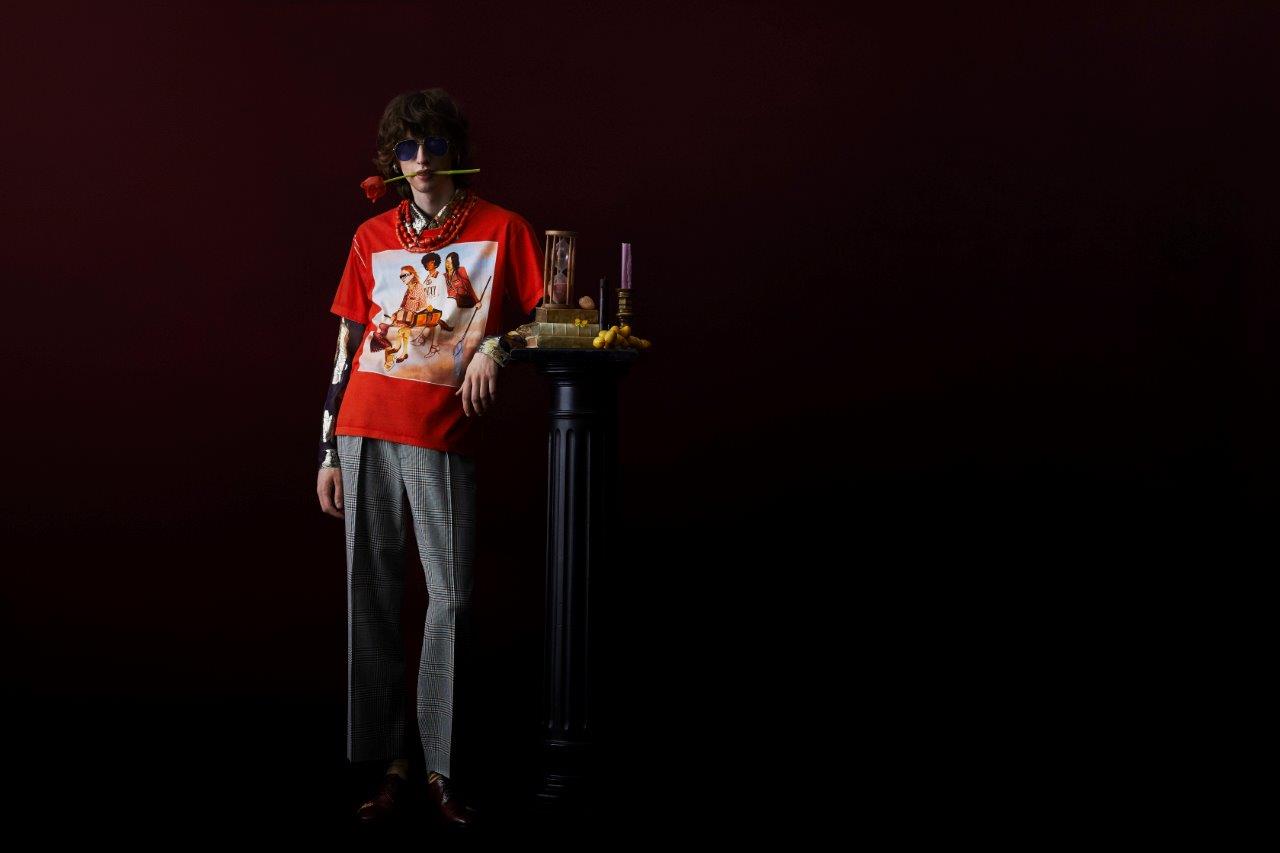 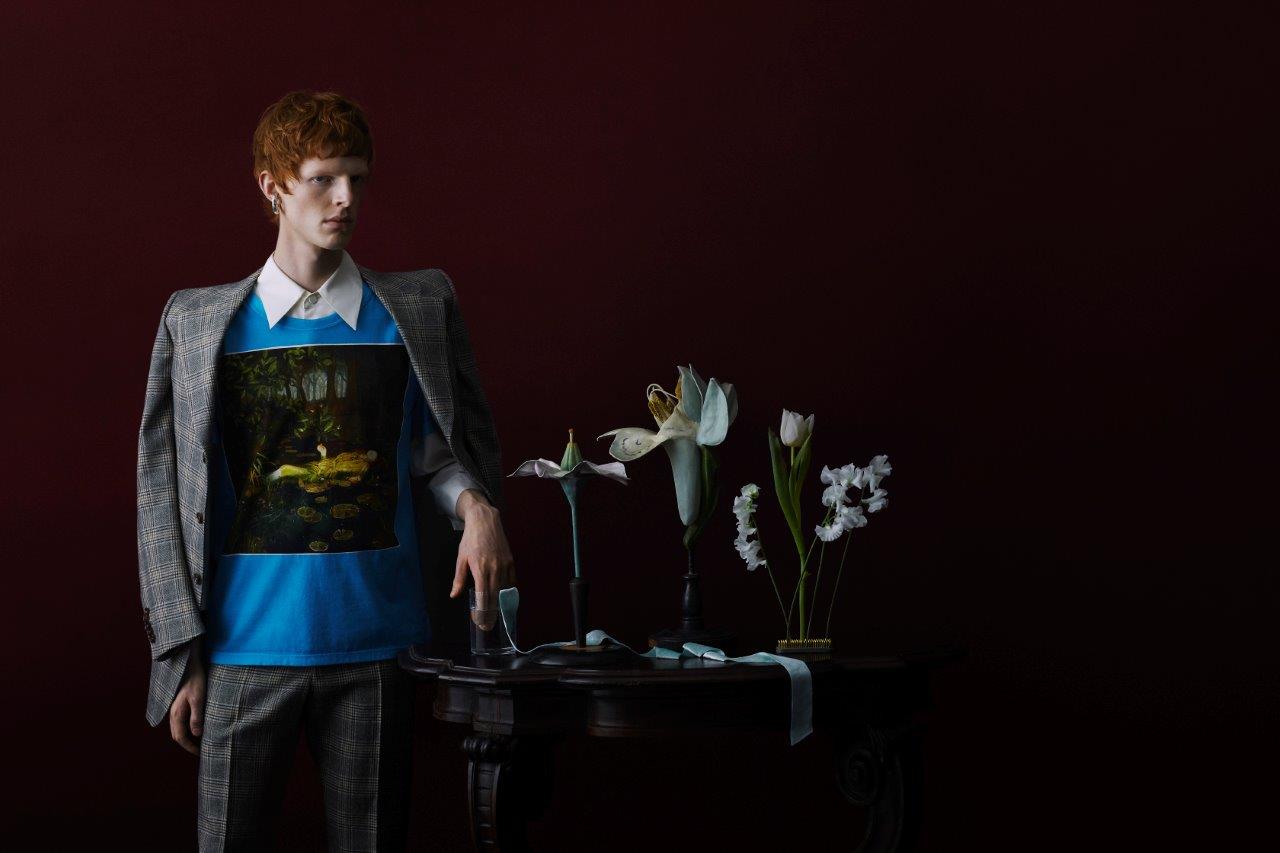 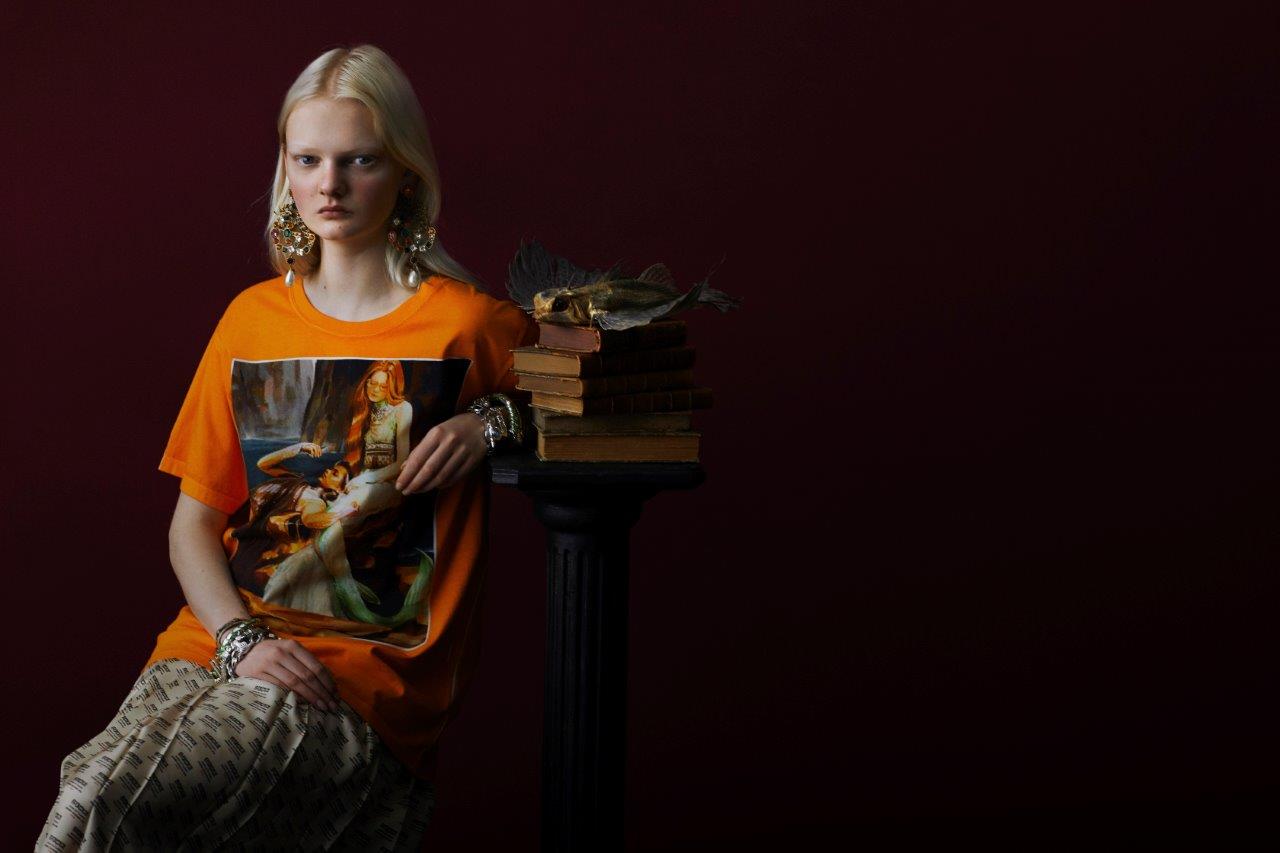 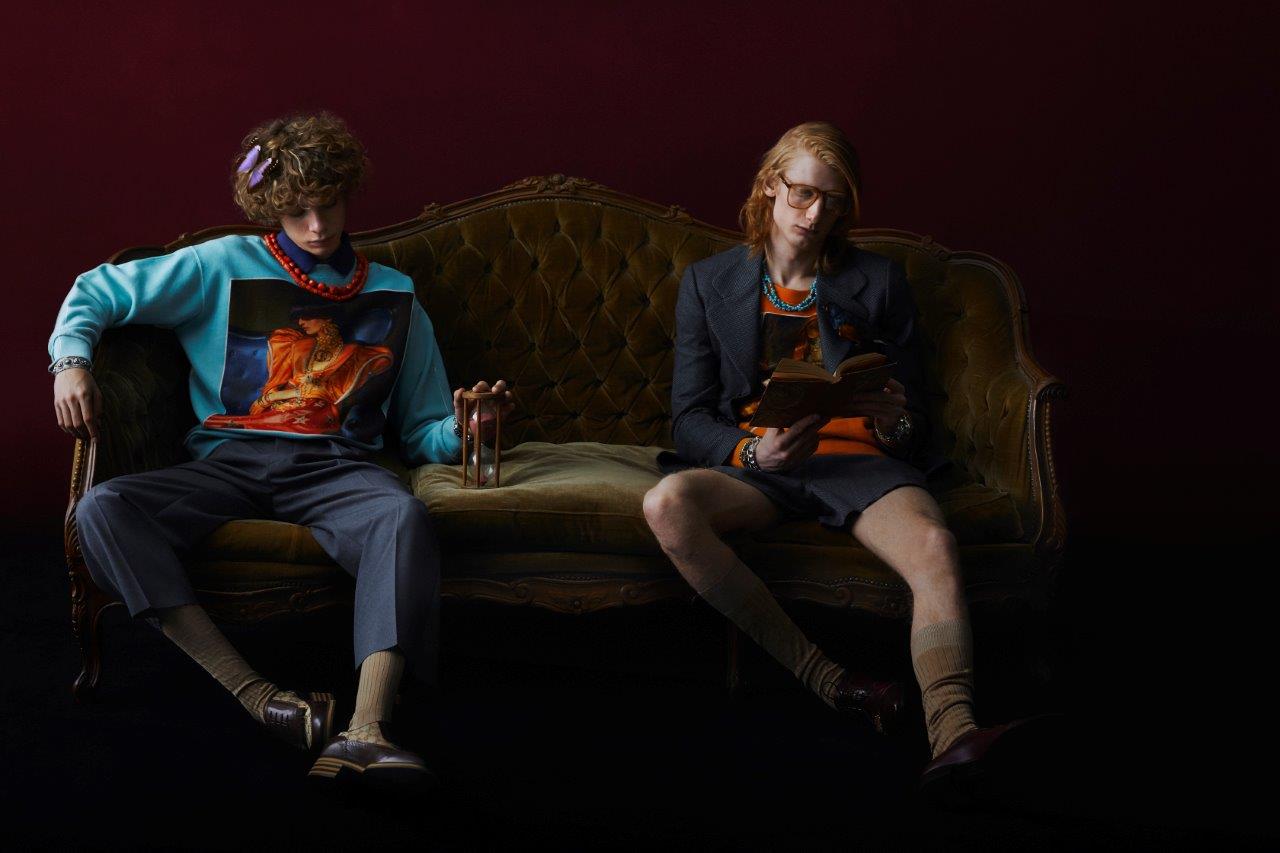 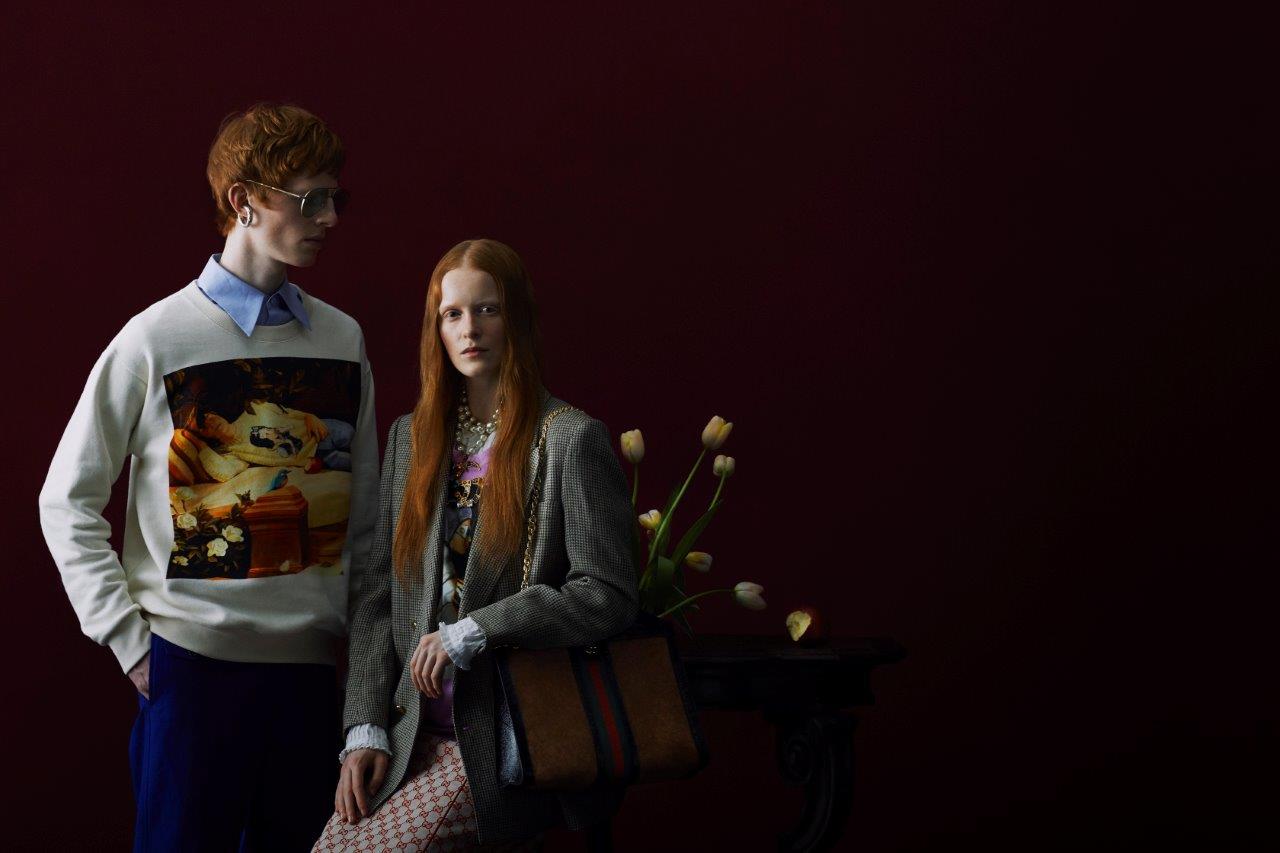 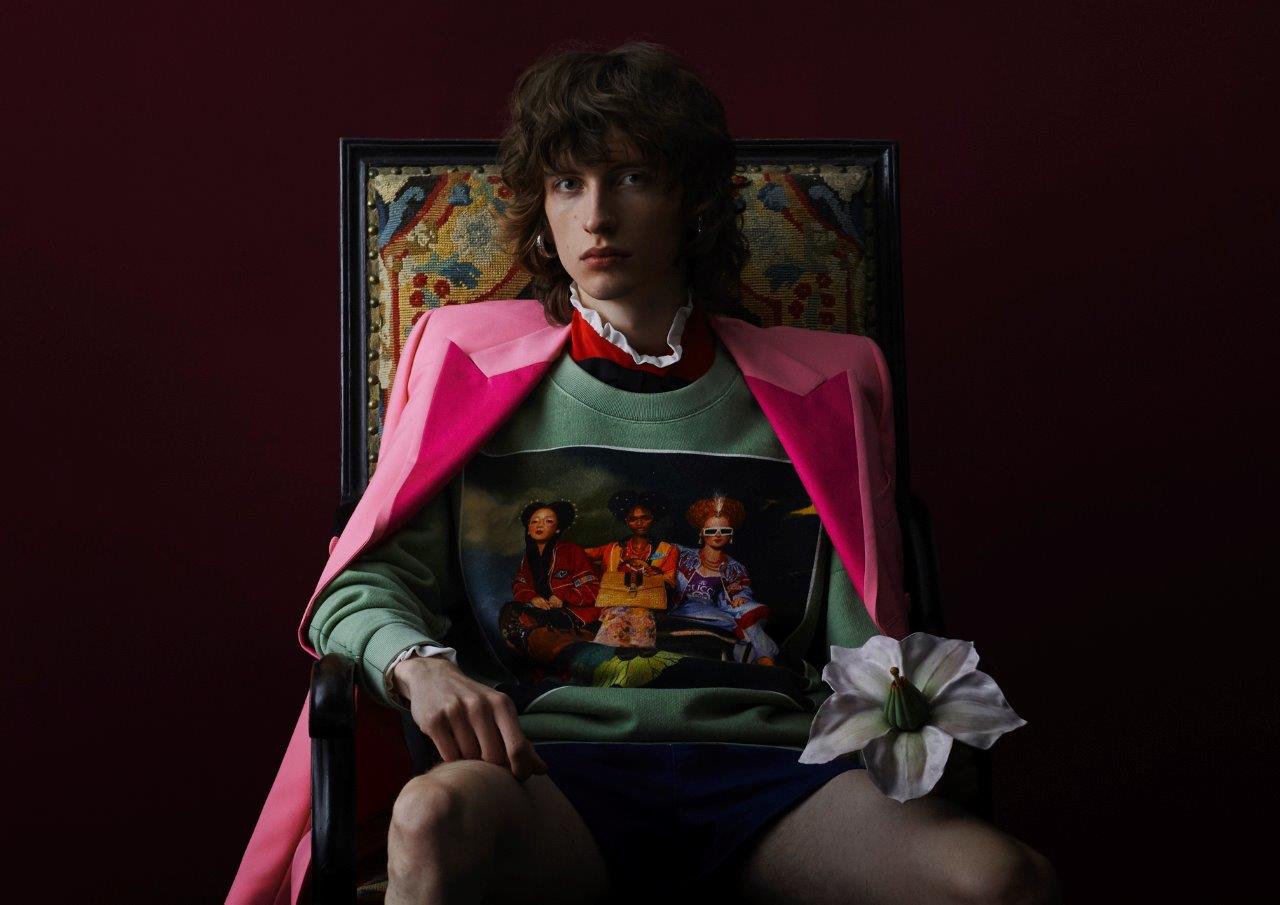