Bella Hadid reprises her role as the star of Giuseppe Zanotti’s advertising campaign, returning in a sensual portfolio for the Spring season.

Lensed for the first time by Mert Alas and Marcus Piggott, the Giuseppe Zanotti Spring 2018 ad campaign captures the spirit of the new collection with the insatiable Bella Hadid. Inspired by the idea of an endless summer, the evocative images channel a ‘90s sensibility. Shot in studio, with art direction by Giovanni Bianco and styling by Carine Roitfeld, the minimalist aesthetic is the ideal set-up for a series of powerful, unapologetic portraits.

“This campaign really represents the authentic energy of the brand—modern, sensual, powerful,” says Giuseppe Zanotti. “And then there’s Bella, back for a second season, who brings with her a rock-and-roll attitude that’s also playful and seductive. The overall effect is compelling, contemporary, arresting.”

Hadid, in top form, demonstrates both strength and femininity. She’s both commanding and at ease.
Case in point: when wearing the “Kendra,” a moto-inspired, cut-out bootie with separate strap-on leather sheath, she fills the frame with seductive coolness.

For “Eliza,” a light blue sling-back covered in iridescent pearls, she leans back on the studio chair, legs ever so stretched. Her attitude is rock-and-roll. Her focus is laser.

While in the “Aleesha,” a streamlined slide with golden hardware and a complementary serpent-shaped anklet, she exudes contemporary cool. And finally for the, “Agnes,” spring’s green neoprene cut-out stiletto, her vibe is edgy yet sensuous.

Dressed in all black like a modern-day rebel with a mischievous edge, model Kit Butler takes on the men’s collection. New styles include the “Darin,” a gladiator-style sandal crafted in a dark camo print, and the “Reflect,” a sleek loafer covered in a constellation of irregularly-cut crystals. 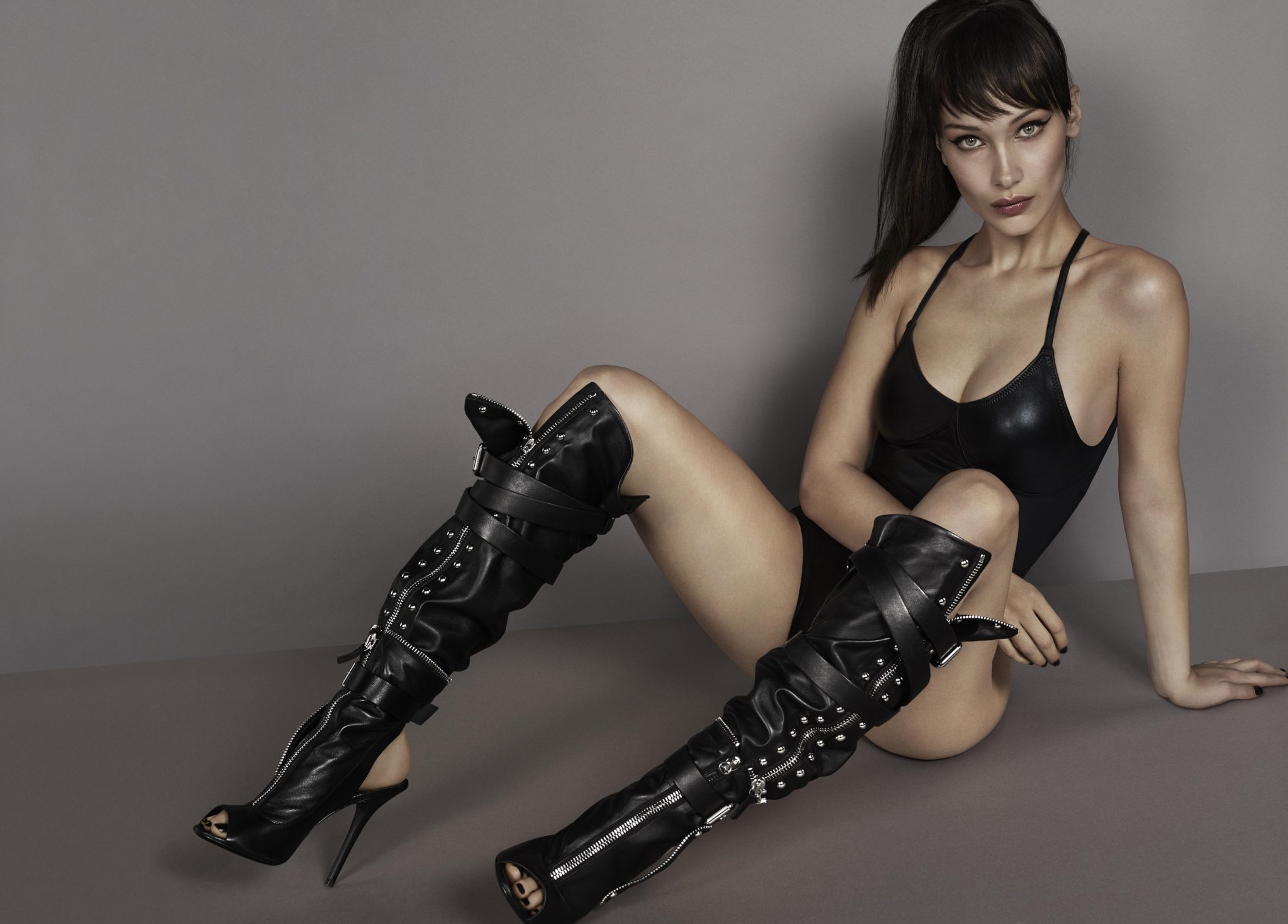 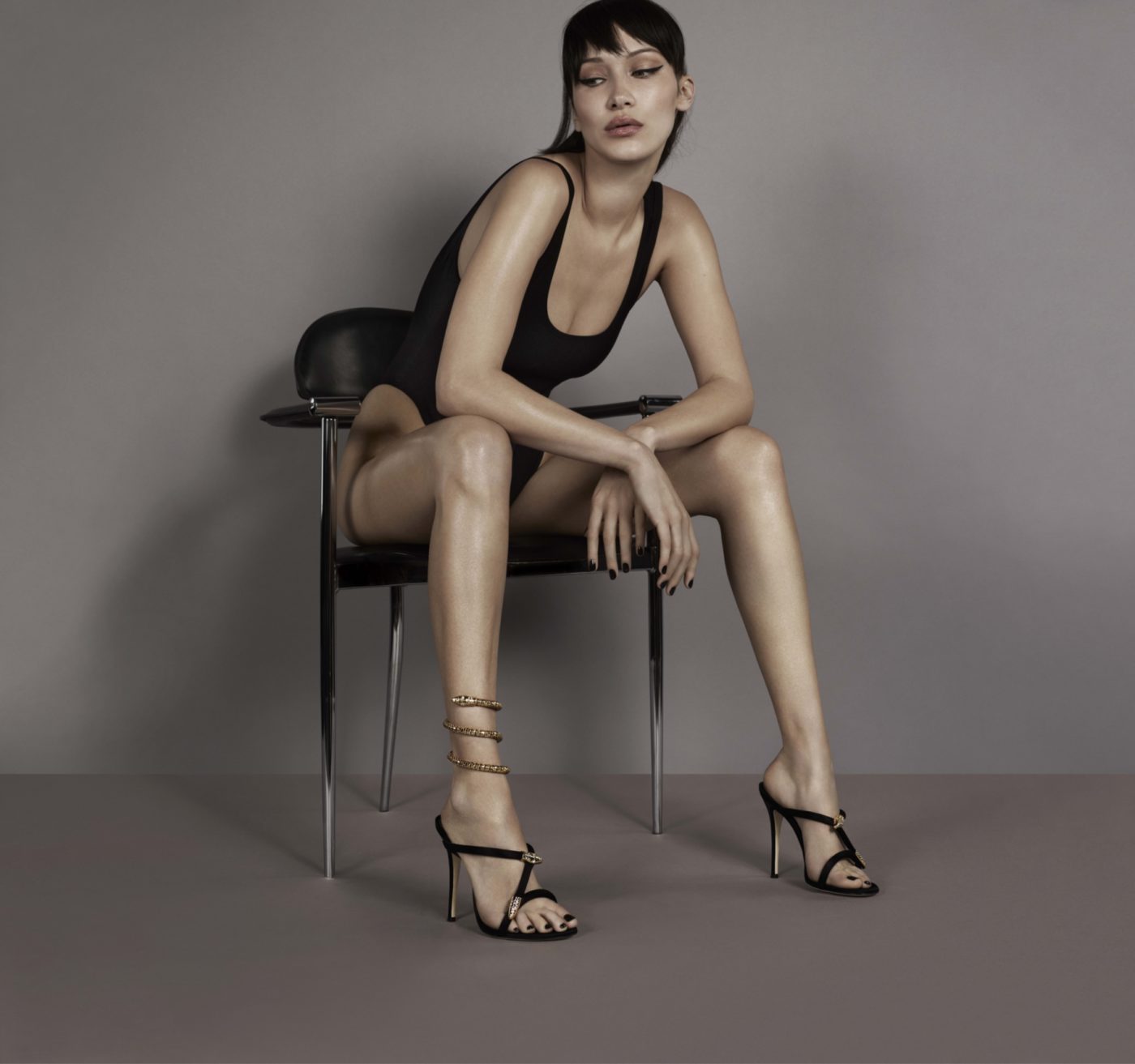 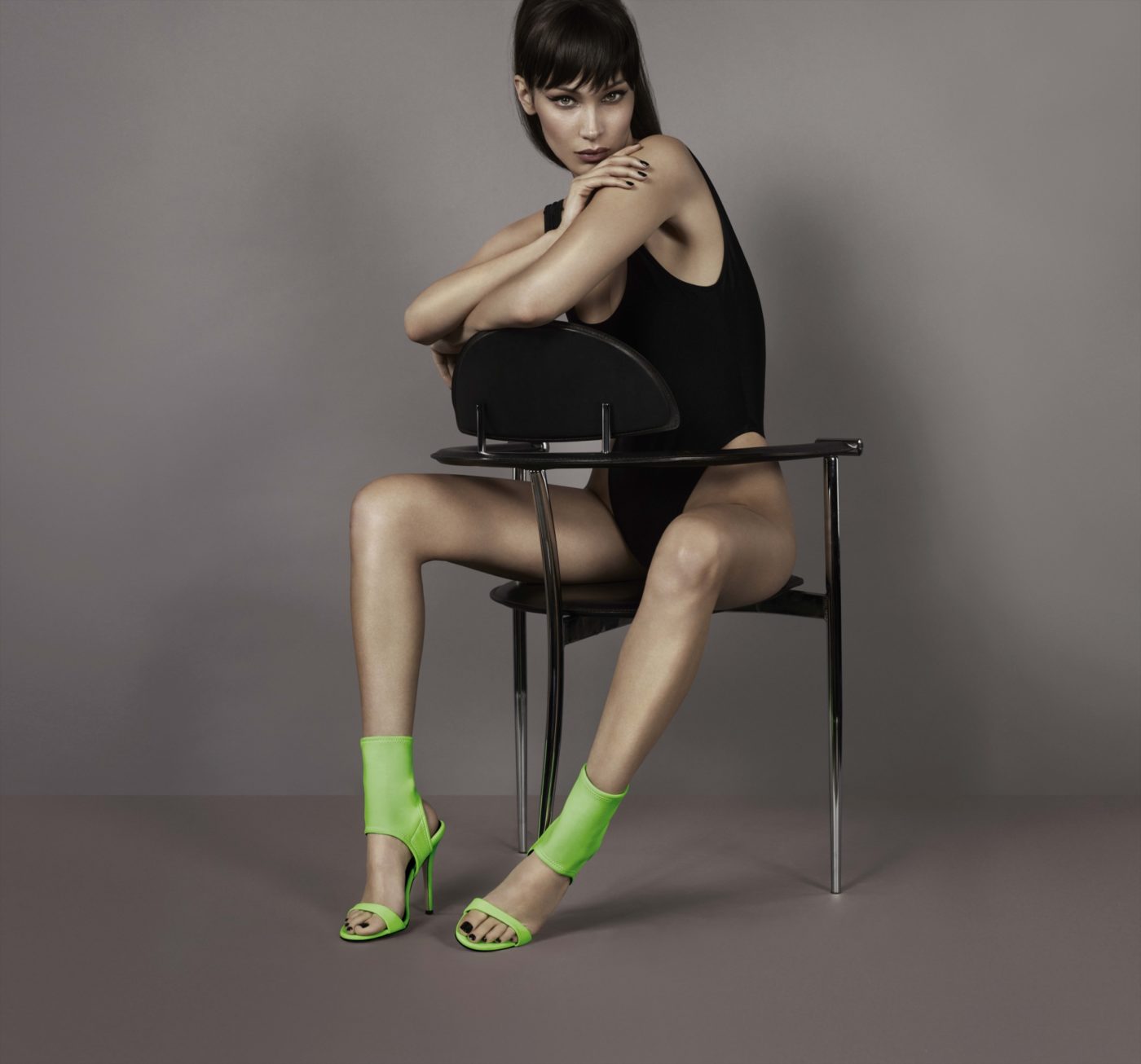