Darling for flirty girls, the Miu Miu Spring 2017 ad campaign by Alasdair McLella was shot on ...

Darling for flirty girls, the Miu Miu Spring 2017 ad campaign by Alasdair McLella was shot on location in Point Dume, California, perfect for the beach-inspired aesthetic.

The house reveals “Suddenly Next Summer”, the third campaign by photographer Alasdair McLellan. This season the British photographer works with actress Elle Fanning and a cast of women who represent the ever-shifting spectrum of fashion industry visibility: icons Karen Elson, Carolyn Murphy, and Lara Stone appear with slate of new talent.

The setting is the proverbial carefree, sun-soaked beach that recalls countess summer films from ‘Il Sorpasso’ to ‘Beach Blanket Bingo’. But beneath the sunny surface, the campaign continues the brands interrogation of contemporary femininity and nebulous terms like actor, it girl, model, and celebrity.

The metaphor of the ocean— mysterious, vast, and deep—is overlaid with pictures of uninhibited joy. The collages, composed as they are of multiple layers of thin images, reinstate the notion of them constructed identity: the creative role every woman takes on when imagining and organizing her public-facing life.

The Spring 2017 collection is in itself a collage of fun, feminine fashion evoking disparate eras, aesthetics, and guides for so-called age-appropriate dress. It is the next iteration of Miuccia Prada’s twisting and turning meditation on what a woman wants to wear, what she is expected to wear, what she has worn, what she can wear, and where those shifting ideas collide.

The pairings of sumptuous leather purses and rubber swim caps further themes of exaggeration and discontinuity: patterns are blown up and dimensionality on everything from coats to knit bikinis. 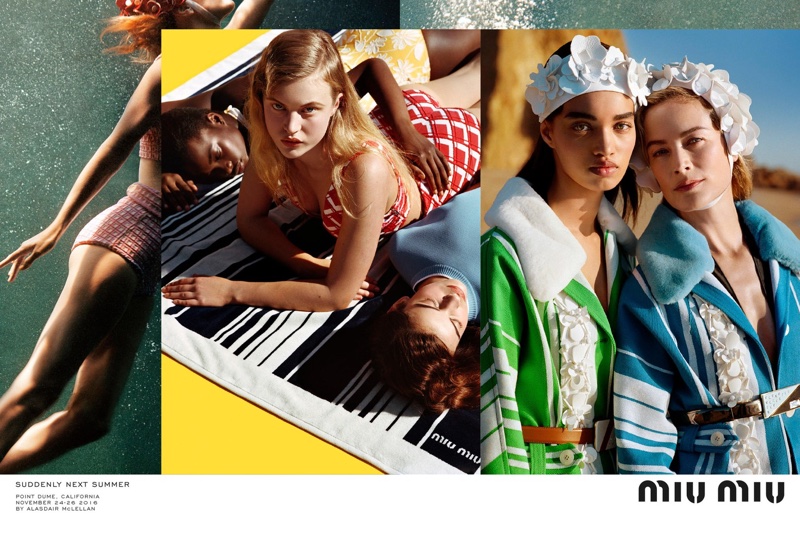 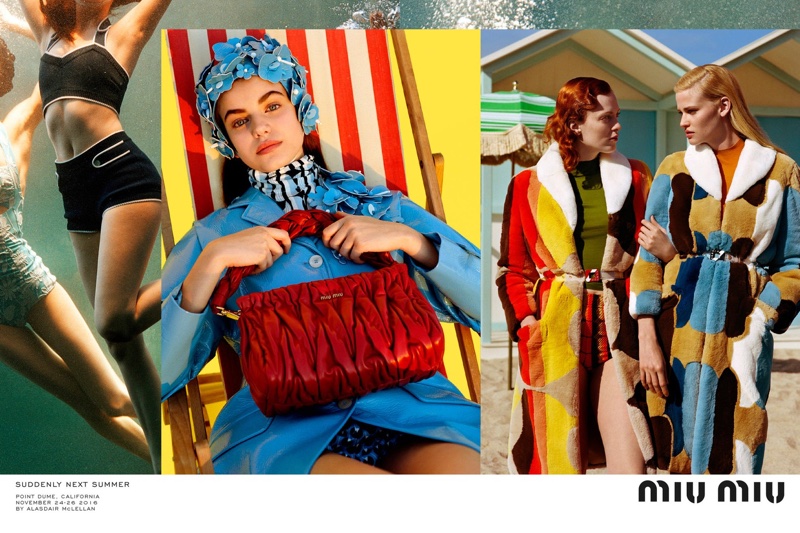 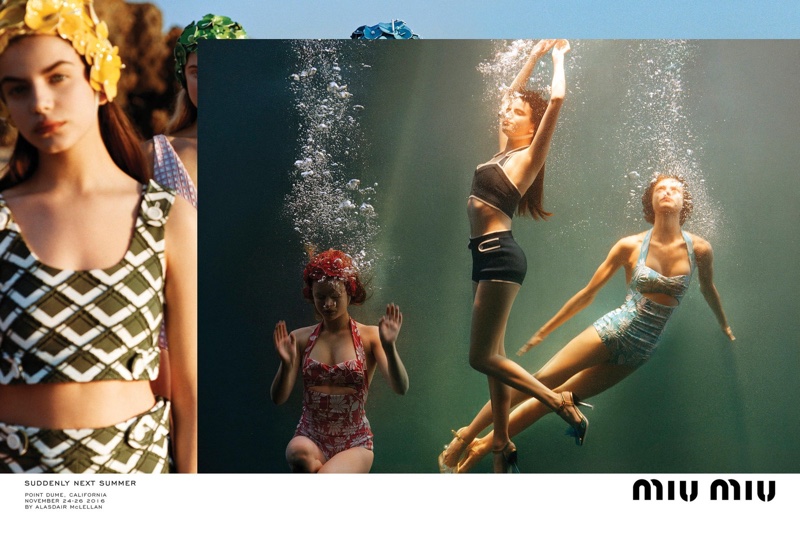 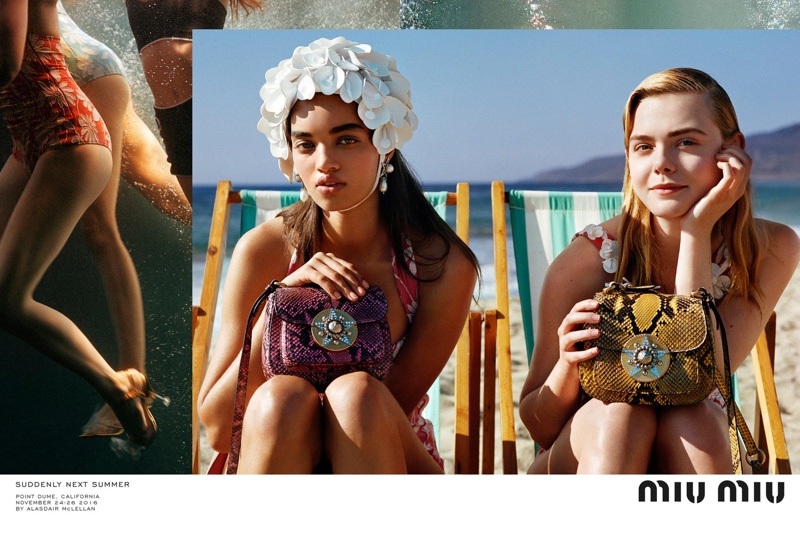