For his third fine jewelry collection for Hermès, Pierre Hardy wanted to paint portraits of a ...

For his third fine jewelry collection for Hermès, Pierre Hardy wanted to paint portraits of a lady — three of them, to be precise. Inspired by the symmetrical designs of the brand’s famed silk scarves, the designer created three intricate “haute bijouterie” sets including necklaces, earrings, bracelets and rings — and for the first time, headpieces designed to draw attention to the face.

“I was inspired by the scarves with their motifs, the way they are constructed and organized, the story they tell and also the portraits of women they evoke — because behind each scarf, in a way, there is a woman,” Hardy explained.

Brides de Gala, for instance, is named after the brand’s bestselling scarf design, launched in 1957 and since worn by the likes Britain’s Queen Elizabeth II, Catherine Deneuve and Sophia Loren. Yet in Hardy’s hands, the eminently respectable horse bridle motif takes on an unexpectedly tough spin.

Diamond-paved horse bits, pink gold chains, midnight blue lambskin bands and slim buckles make up the dense, multilayered necklace — also boasting orange, blue and yellow sapphires — that can be separated into three parts or worn together. The equestrian-themed pieces, which also include a bracelet with a diamond-studded mouthpiece, were designed to reflect the company’s theme for 2014, Metamorphosis.

The graphic lines that have become a signature of Hardy’s eponymous shoe and bag designs come to the fore in the Della Cavaleria set, with pieces made from supple yellow gold chainmail set off by diamonds in a variety of cuts; gold and gray pearls, and a single black spinel on the bib necklace. The most traditionally feminine ensemble is Grand Apparat, which features diamonds set on bands of white gold so as to appear to almost float on the skin. They form slim geometric outlines for chunky sapphires in a variety of pastel hues, which are used to create subtle color asymmetries.

The pieces, on public view until November 7th at Hermès’ Paris flagship store at 24 Rue du Faubourg Saint-Honoré, are priced from $58,000, for a ring $2. 5 million, for the Brides de Gala necklace. 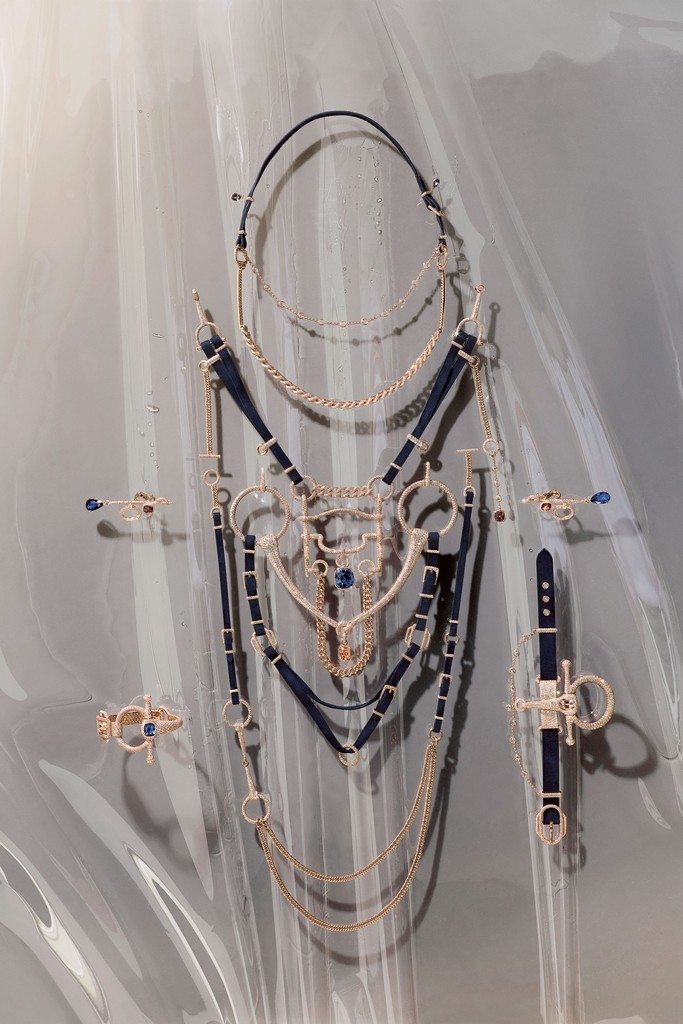 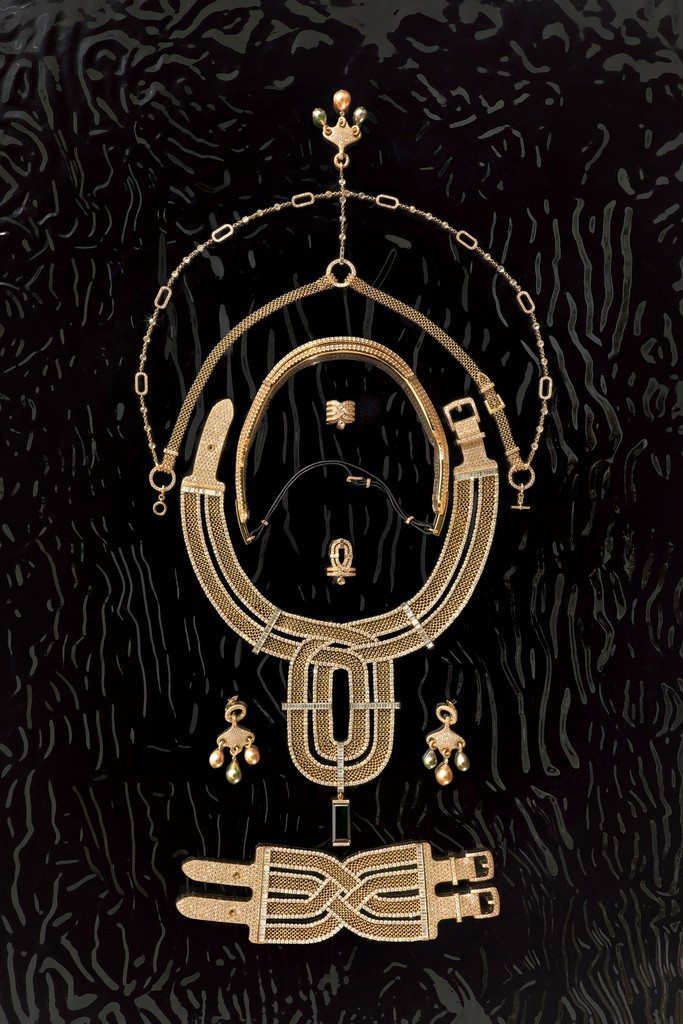 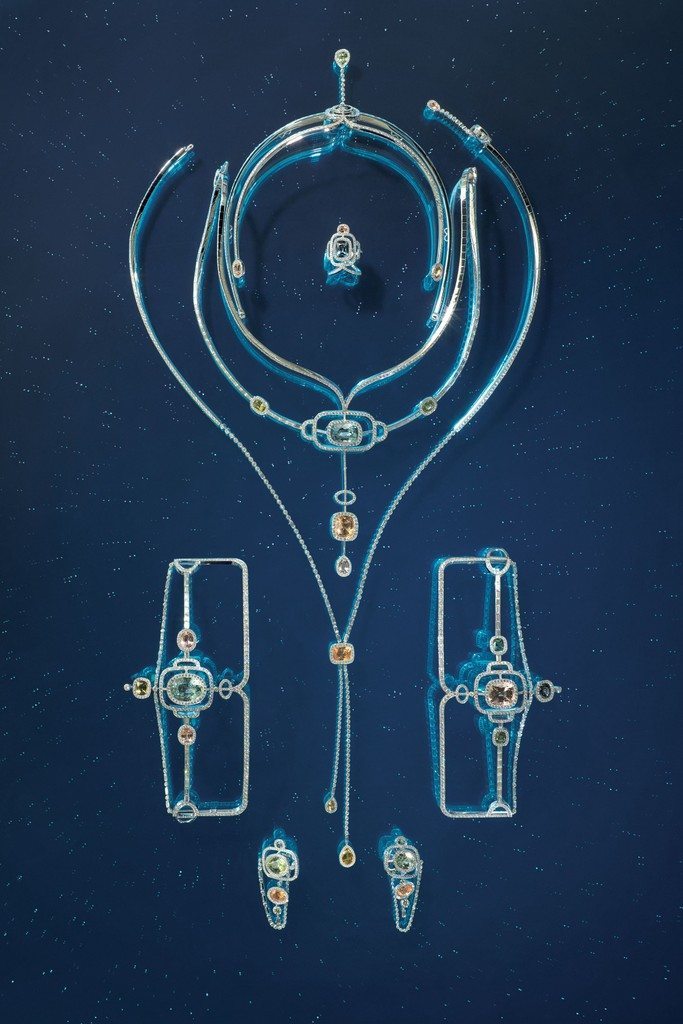